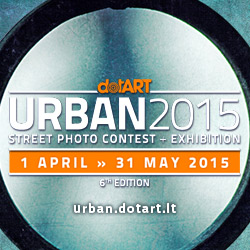 If you haven’t already heard, the URBAN International Photo contest, which is organized by dotART cultural association together with Photographers.it, is once again open for submissions. Several award winning photographers, including two of SPM’s featured photographers, Ronya Galka and Nicholas Goodden, will judge this year’s URBAN contest.

The contest consists of two separate sections. The first, “Themed Photos”, has three potential themes for street shooters to explore: Urban Animals, Street Photography, and Architecture. URBAN wants shots that ‘unveil the city and its secrets. Real, instant images. Images that capture moments, people, faces, streets, buildings and other elements. Images that tell the stories that are woven into the urban fabric. The second section of the contest is a free-subject section called “Stories & Portfolios”, in which you can submit your best photo projects and stories.

The total prize money is over € 3,000, including € 1,000 reserved for the winner. There will also be publication prizes provided by the partners of the contest. The highest placing photos in the competition will take part in series of “traveling” photography exhibits. Since 2011, URBAN exhibits have been held in Italy, Poland, Hungary, Latvia, Cyprus, Ukraine and Colombia. After the closure of the competition, works selected by the jury will receive awards and will appear in a collective exhibit in October/November during Trieste Photo Days 2015 Festival.

This is an excellent opportunity for both professional and amateur photographers alike to earn some valuable publicity on an international stage. Submissions are open till 31st of May. That means you have less than a month to shoot, edit and submit. For more detailed instructions on how to enter, check out the official website by clicking here.