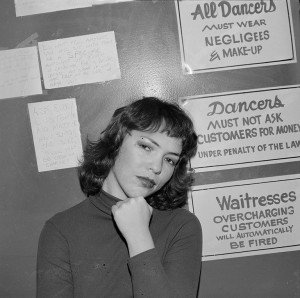 There’s a new Meryl Meisler exhibition coming up at the end of this month and we thought you might like to check it out. The exhibition, which will be held at the Steven Kasher Gallery in New York, begins February 25th and runs through April 9th of this year. There will even be opening reception February 25 from 6-8pm. Here’s a little more info about the exhibition from Meryl’s press release:

“The exhibition includes over 35 black and white prints. The photographs capture the drama and exuberance of the 1970s, when pop-psychology encouraged everyone from suburban Long Island housewives to drag queens and disco queens to self-actualize and act out. The photographs drift between the kitsch-filled rooms of Meisler’s hometown in Long Island to the gritty clubs and streets of disco-era New York.”

Check it out if you’re in the Big Apple. Meryl is a brilliant photographer who captured an interesting side of American culture in the 70’s and beyond. We’re sure you’ll love what you see at her exhibition.