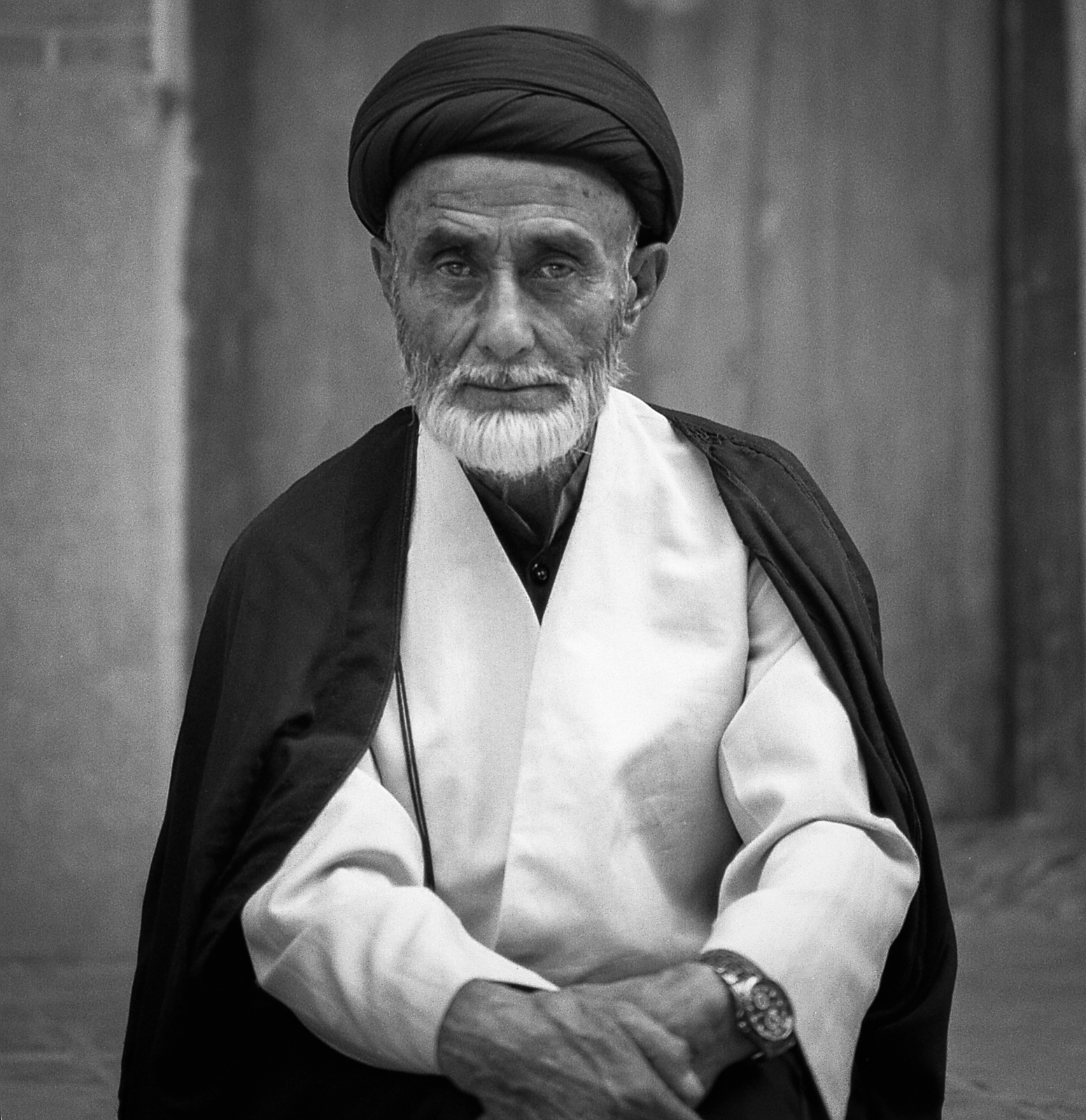 A mullah from the madrese Khan in Shiraz, one of the oldest koran schools in Iran.

As you can read in our newspapers almost every day, Iran is considered as one of the “axis of the evil” countries. 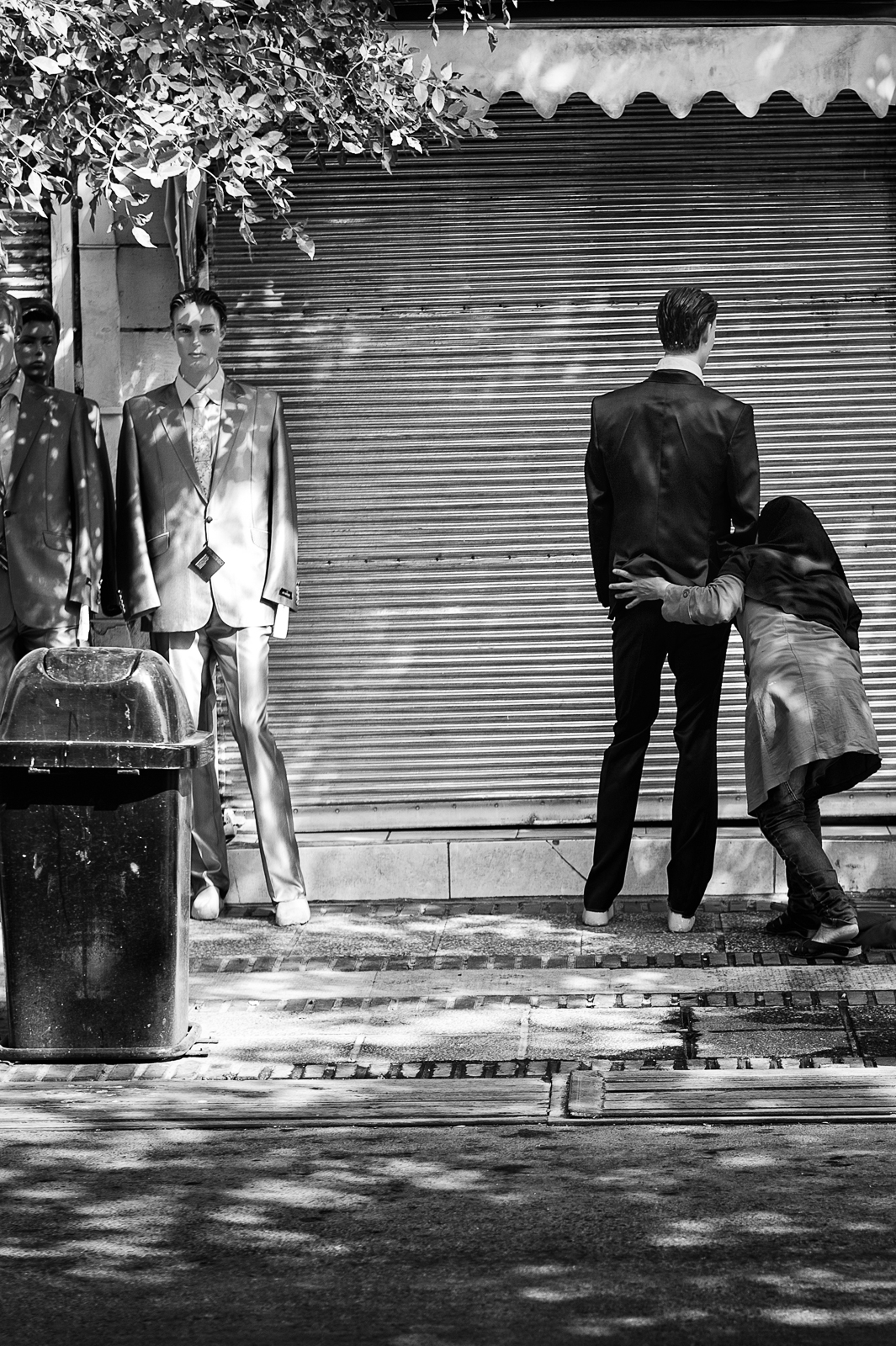 Just a funny situation I have seen in the streets of Shiraz. Only at second glance I realized the she cleaned the dummy.

But if you are there, you will be overwhelmed by the friendliness and hospitality of the Iranian people. No matter where you are and no matter what you do, you never feel unsafe. I traveled alone and you can go where you want without any problems. The people I have met where always very open minded, we have talked many times and had a lot of fun. You felt that the people wanted to show you that there is a big difference between the politics of Iran and the Iranian people. You can see incredible buildings and mosques with a breathtaking architecture as well as landscapes which you will not forget. 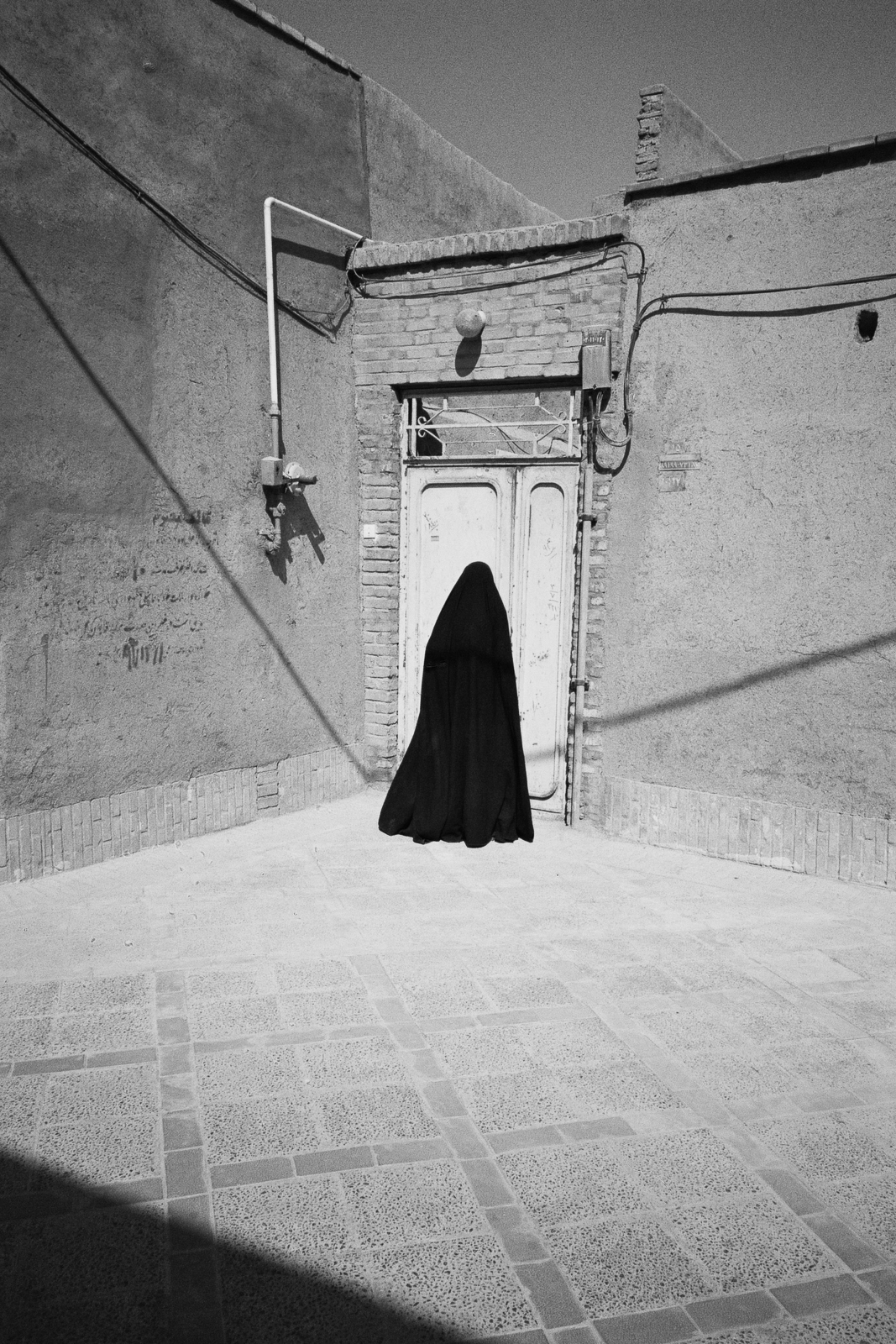 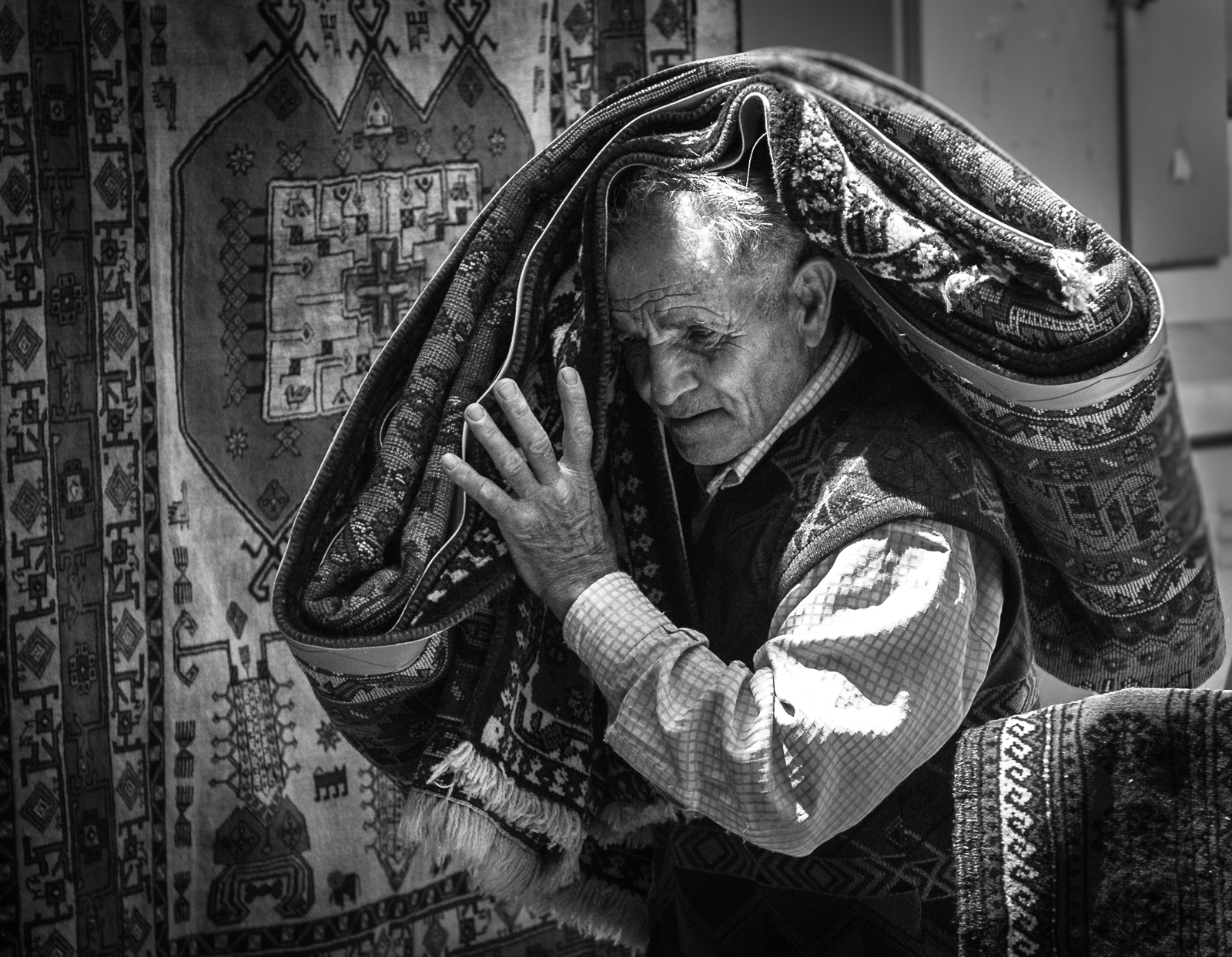 Taking photographs in Muslim countries is sometimes difficult and of course as a foreigner you do not want to insult people and their traditions. But some words in Farsi will open doors and especially if you want to take photos of people, ask them before you do it. First of all, you will find that almost everyone has no problem with it and secondly, you have the possibility to talk to the people. And like in every country of the world, young people use their mobile phones for selfies and taking photos. And sometimes they will also ask you whether they can take a picture of you. Funny situation! 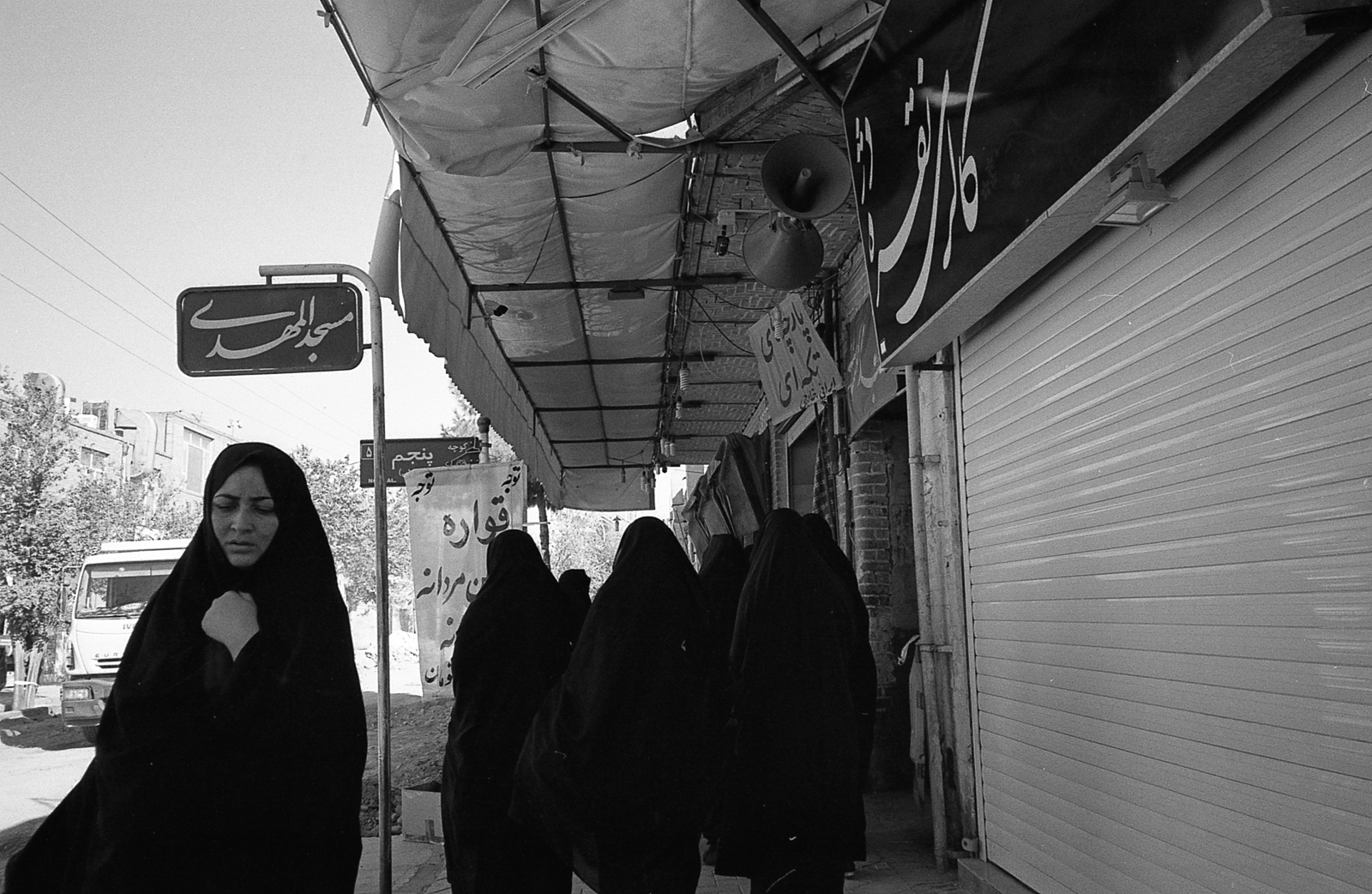 Street scene in Yazd. Yazd is a very religious city, woman are in most cases dressed in black. This is a contrast to cities like shiraz or Teheran, where you can find many colorful dresses. 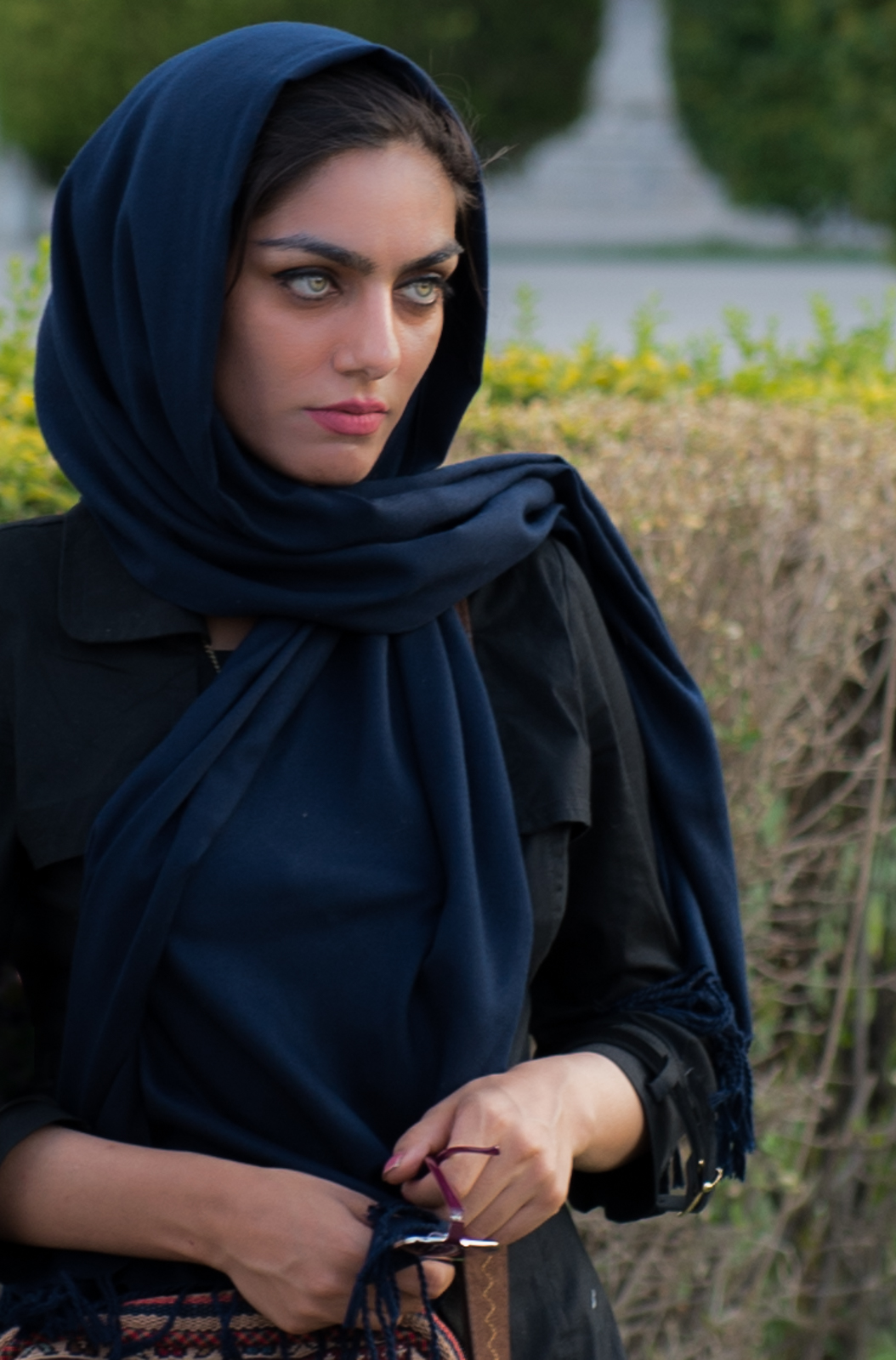 But to avoid problems do not talk to women directly. Especially if you take photos in the bazaars you should use a camera with a good low light capability. Sometimes you need a ISO of 3200 or more. Usually I always use just one fixed lens (35mm) but if you travel, a zoom is not a bad idea. 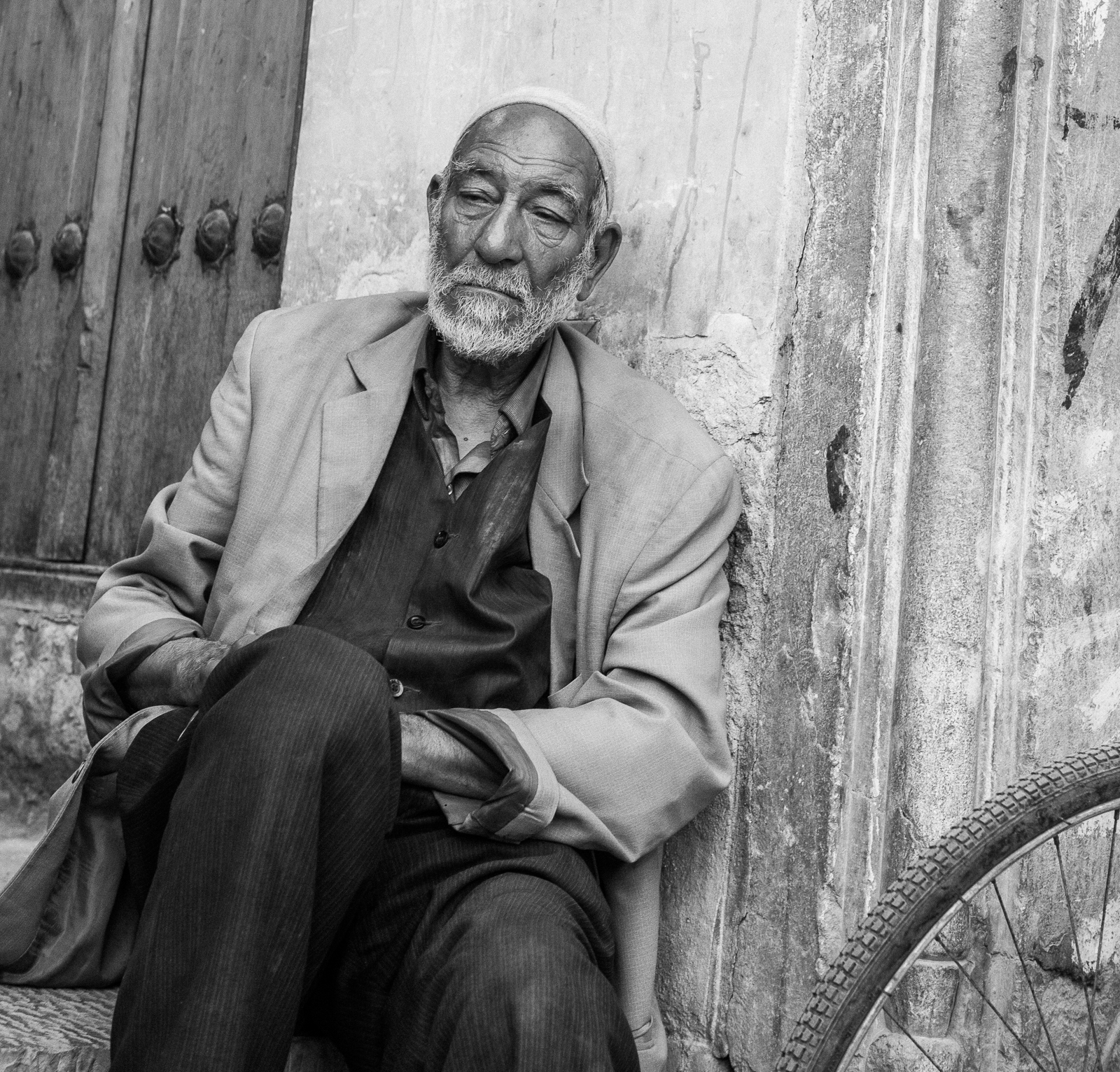 Relaxing in the bazaar in Isfahan

My advise to someone who is interested in visiting Iran: go there, do not hesitate to do it. You will not regret it. Maybe it will be the best journey of your life. 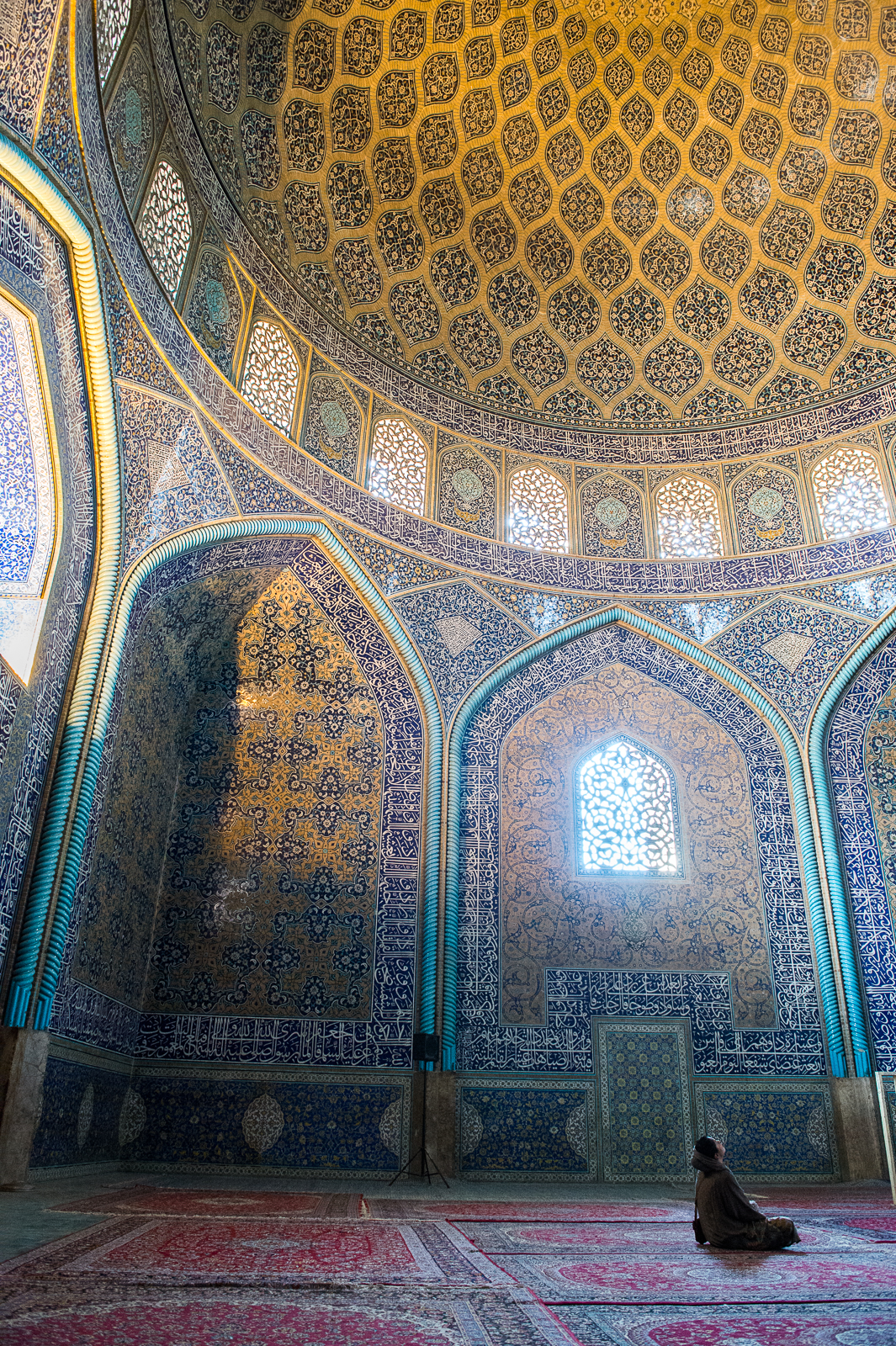 Breathtaking architecture of the Lotfullah mosque in Isfahan.

The photos were taken digital as well as analog. I do not care much about the discussion on analog vs. digital. On a whim, I change formats. In most cases I use a Kodak Tmax 400 with a Leica M6 or a Nikon Df. 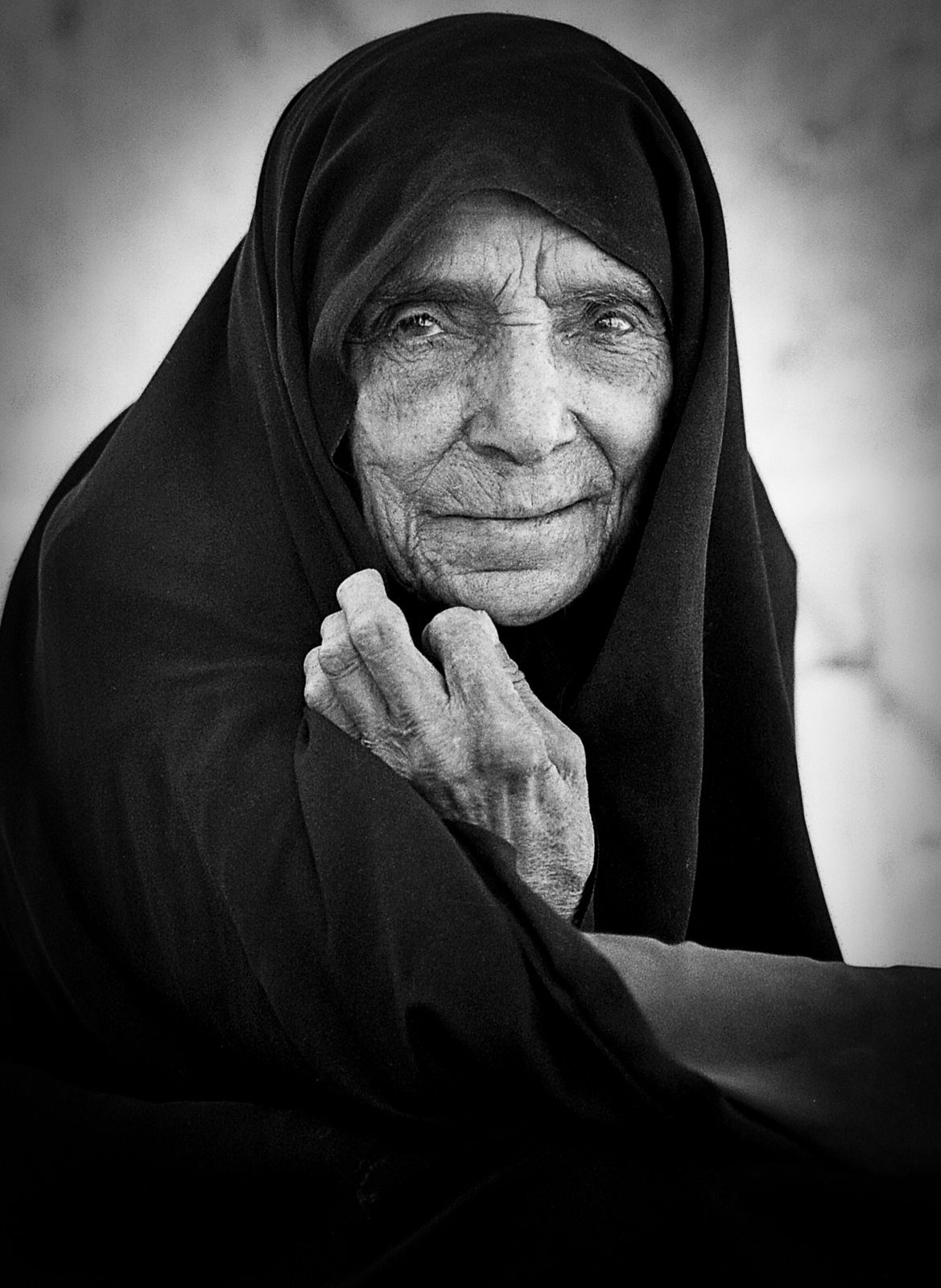 An old woman in Yazd.

I hope that my report helps to show that Iran is a beautiful country but mostly, that the real treasure of Iran is its people. 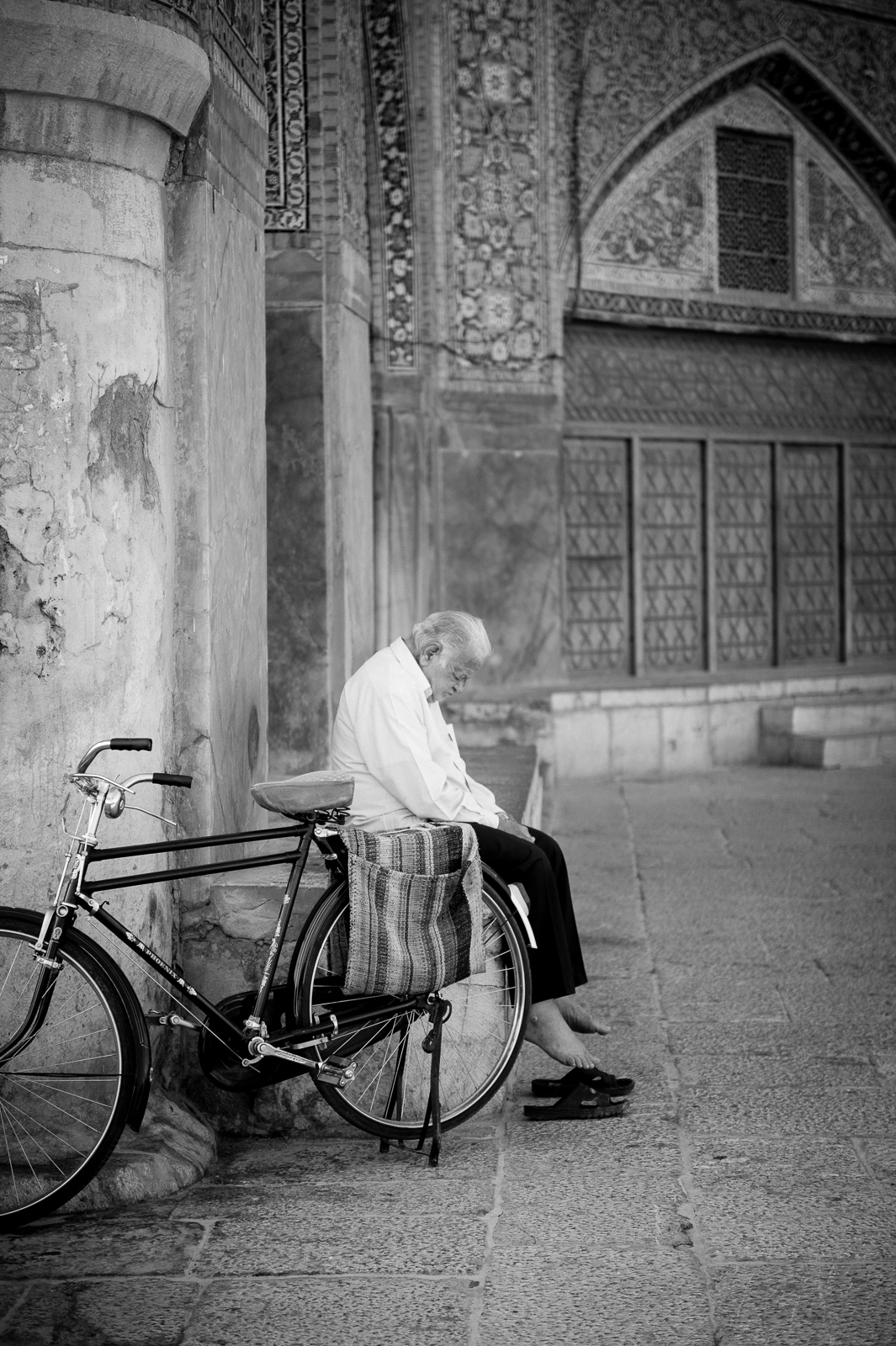 A catnap in Isfahan.