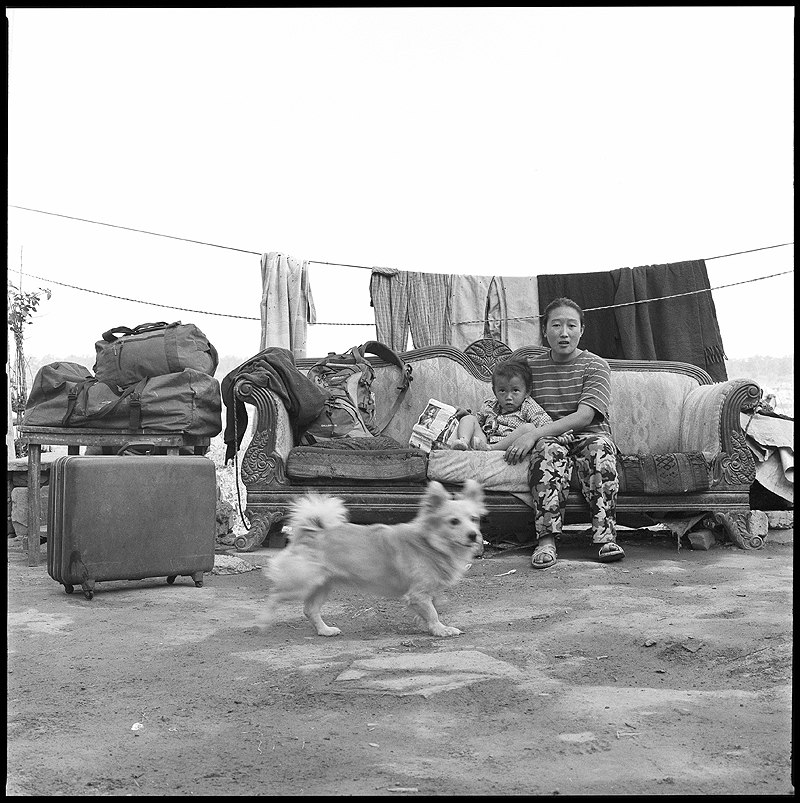 “I wanted to get to know the real Tibetan, the person, his or her feelings, what his or her life was like in reality. Perhaps I would gain insight into what freedom meant to them.” — SERENA CHOPRA

In her most recent project, Chopra has explored the lives of the residents of Majnu Ka Tilla, a refugee colony of Tibetans in New Delhi where thousands of exiles have lived for nearly 40 years. Chopra informs her photographs with extensive personal interviews, coupling image and text in a diary-like format to reveal the sitter’s views on life and a communal optimism that one day they will return to Tibet.

If you are in or around New York anytime between now and December 10th, do not miss this exhibit by Serena Chopra. This is a documentary/street photography project with deep meaning and a well arranged presentation. Serena says, “Majnu Ka Tilla is a no-man’s land where though the Tibetans struggle to preserve their culture, religion and language, they treat it as temporary. They do not seek Indian citizenship or to belong because that would mean accepting defeat. The refrain is Free Tibet and their dream is to return to a free Tibet one day. They wonder what will happen when their parents’ generation has passed away and the new generation has no roots in Tibet or elsewhere.”

Serena took on this project to make the Tibetan issue known, globally. She began with a Tibetan friend named Norsang, and started making daily visits to Manju Ka Tilla. She spoke with the residents, arranged photo shoots and used a diary to record the words of the residents in their own hand and language, which was paired with a Polariod shot and an image taken with Serena’s Hasselblad camera. You can see the fruits of her labor on exhibit and get to know more about the Tibetan refugees’ lives, hopes and dreams here: