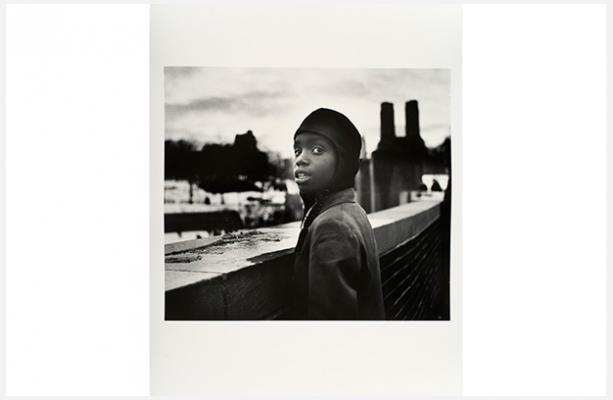 On view at the New-York Historical Society, Photographs by Larry Silver, 1949-1955 showcases 45 photographs of everyday New Yorkers and major New York City sites taken during a transformative period in history. This new exhibition highlighting the early works of the Bronx-born photographer captures the day-to-day life in the city’s post-World War II urban environment that has since largely disappeared. Notable landmarks depicted include the Empire State Building, the original Pennsylvania Station before it was demolished, and the Headquarters of the United Nations when it was a new addition to the city’s skyline, as well as iconic locations such as subway stations, the river piers, Central Park, and the New York Botanical Garden in the Bronx.

If you are in NYC sometime before December 04, 2016, stop by the New-York Historical Society to check out Larry Silver’s images. Larry Silver is a talented photographer who has documented decades of city life in New York, Santa Monica Beach and many other place. He is a contemporary of Lou Bernstein, W. Eugene Smith and Weegee. His work is on display in various museums across the US.

Not only will his images give you a glimpse into the past, they are physical proof that street photography matters and that, if you make an effort to be a good photographer, your images can have an impact in the future.

The New-York Historical Society is located at: