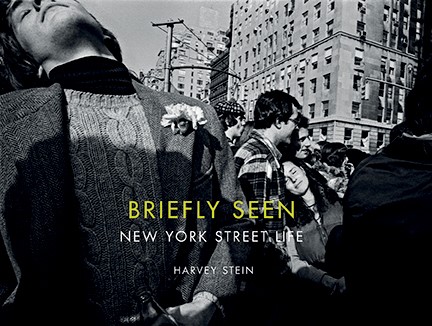 The final book in his “New York Street Life” trilogy, Briefly Seen is a poignant collection of images taken in New York City between 1974 and 2014. Harvey’s love for this vibrant and diverse city is apparent in the 172  timeless B&W images contained in the book. He sees the crowds as a whole, individuals within them, their connection with the buildings surrounding them and the ever building complexity, anxiety and excitement that run through them all.

Stein said of his work, it is “my res 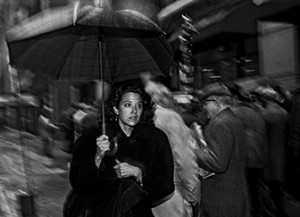 ponse to the rough, raw, charged and even magical energy of New York City street life. I am attracted to the nuances of behavior and body language in public places, characteristic of the ‘walker in the city.’” This is the vision he shares in Briefly Seen.

The press release about his book had this to say, “To heighten the feeling of the movement, anxiety, and vigor of the streets, Stein employs a myriad of photographic techniques that bring to the work a complexity and gravitas that makes BRIEFLY SEEN an instant classic. He uses grain, blur, low-angle flash, skewed perspectives, tight cropping, and wide-angle views, to sweep the viewer into the experience and feel of walking the streets of New York. The book captures the spirit of the city where anything can happen and opportunity abounds.”

Marilyn Satin Kushner, Curator and Head, Department of Prints, Photographs, and Architectural Collections at the New-York Historical Society, contributes some engaging essays to the book,  as does Tracy Xavia Karner, PhD, an author, curator, photography enthusiast and visual sociologist.

Kushner writes: “Harvey Stein’s photographs must be seen as a significant chapter in the centuries old tradition of seeing the Empire City as his muse.”

Karner examines the social context of Stein’s work. She explores how people are shaped by New York, a place where “the streets become the city’s living room … a place where everyone came to conduct the business of their lives, to celebrate, to socialize, and to see and be seen.” 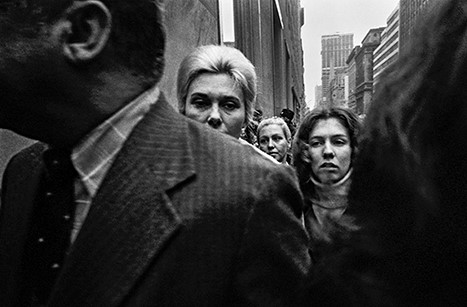 You can pre-order Briefly Seen now on Amazon by clicking here.