Over the past few decades the downtowns of small-town America, which were once always busy, are all but extinct.

First came the big box stores, then category killers like Best Buy and Toys “R” Us, and now Amazon sweeping them aside. But all these phenomenon resulted in.

But all these phenomenon combined with our need to have lower prices resulted in the demise of small retailers and small downtowns.

I’ve seen it myself in my own home town and I seen it in small towns throughout the country, including Wilson North Carolina.

The storefronts in many of these towns are empty save for a coffee shop, yoga studio or vaer store.

It seems is as if this trend is not going to change, but one man is doing something about it. And he’s doing it with photography. 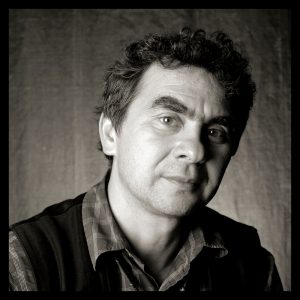 Our guest today is Jerome De Perlinghi, a native of Belgium and educator now an American citizen, who was made his home in the small town of Wilson, North Carolina.

After moving to Wilson became concerned about the lack of commerce in the downtown area. He took it upon himself to create a photography festival,  Eyes on Main Street, which now ending its fourth year. The festival features the  work of 100 photographers (50 men and 50 women) from around the world over a period of 100 days.  It has built a reputation that is beginning to draw photographers and tourists to the area.

it has created among the residents.

A visitor to the festival can see work from well-known photographers like Alex Webb, Martin Parr, and Steve McCurry. But also on display is to work from 100 photographers from around the world who are equally as talented.

As you will hear during our interview Jerome is relentless in creating a venue for emerging and experienced photographers as well as a learning environment for local schoolchildren.

The festival runs through July 29, 2018. And if you find yourself passing through North Carolina, or even are looking for a new adventure in photography, I encourage you to visit this unique festival. You won’t be sorry.

Links to the Eyes on Main Street Festival