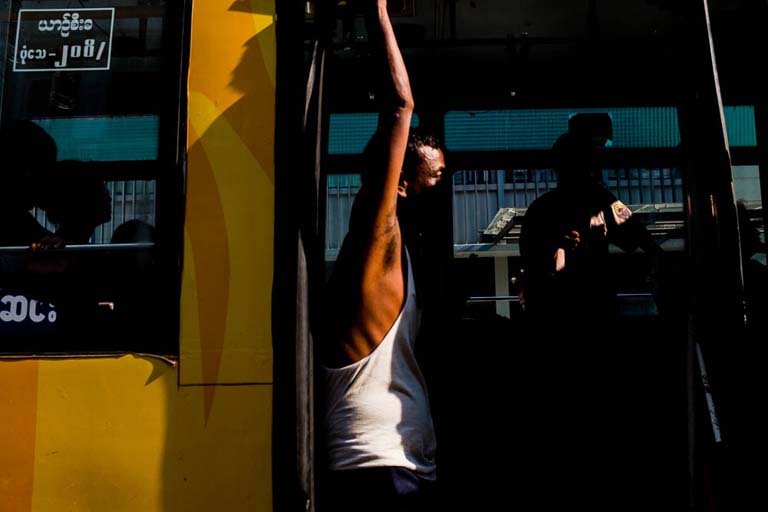 How did you get started doing street photography?

I have a friend who is a singer and we met at fine art school in Yangon around 13 years ago. In 2015, he took the Yangon Photo Festival (YPF) workshop and posted pictures called Street Photography which was really interesting to me so I called and asked him if I could get a camera and he said he had his used one, Nikon 5100 and wanted to sell it so I got his used one and he also taught me how the exposure works and basic composition – something like that – and he also suggested that I should shoot with “P” mode for a week at first, but I did not listen to him and tried to practice with “M” mode because I like to put that 3 elements of exposure in the right way to get a picture that is so exciting and challenging for me and I like that. 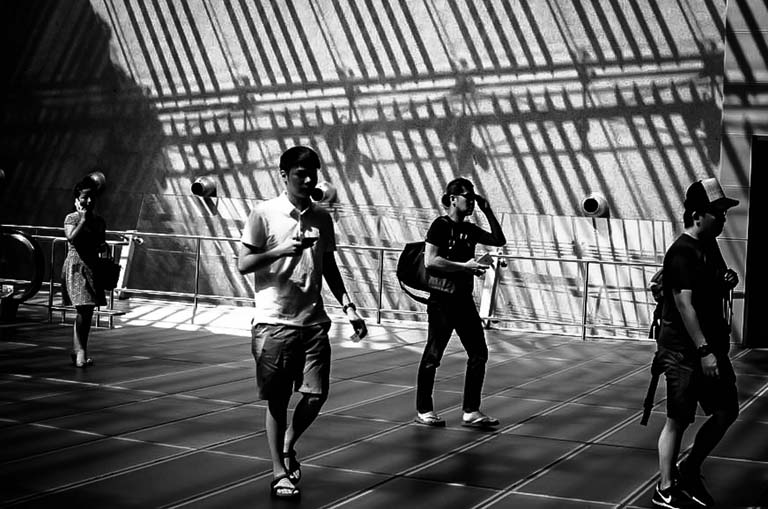 After I shot for a month, I became serious about it and wanted to know more about it so I Googled “what is street photography” and up popped the Eric Kim blog and his YouTube lecture that was really helpful for me to understand more about it. Since then, I keep learning about it not only on his blog but also other sources such as books and other street photography blogs. Something I like about street photography is simply that there is Zen in it, so to me when I go out and shoot, I feel like I do meditation rather than shooting with an idea that I will get a good photo. I also study the master works. My favorite masters are Alex Webb, Constantine Manos and Trent Parke. 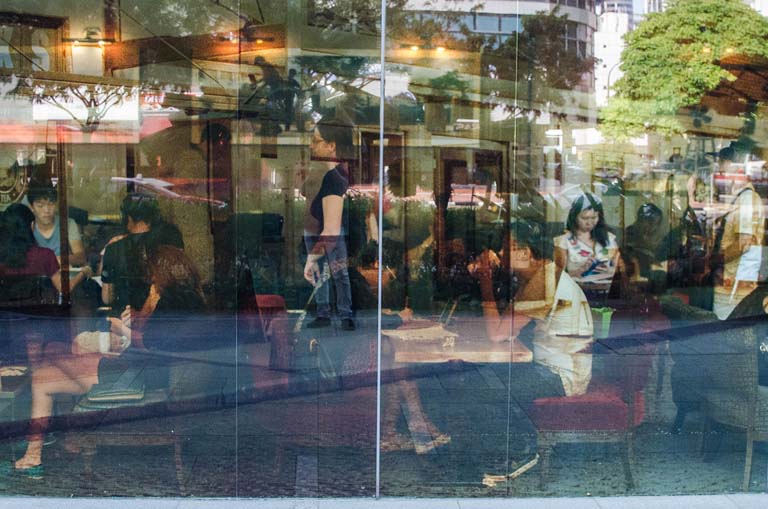 How would you describe your style?

Last Week I read an article Eric Kim wrote about London Street Photography Symposium (August 20-21, 2016) on his blog. He interviewed Jason Reed about it and in the interview Jason Reed said,

“Every now and then a style or technique falls into vogue – but I think these are all variations on existing styles and the better photographers around are able to add their own signature to subgenres within the art”. 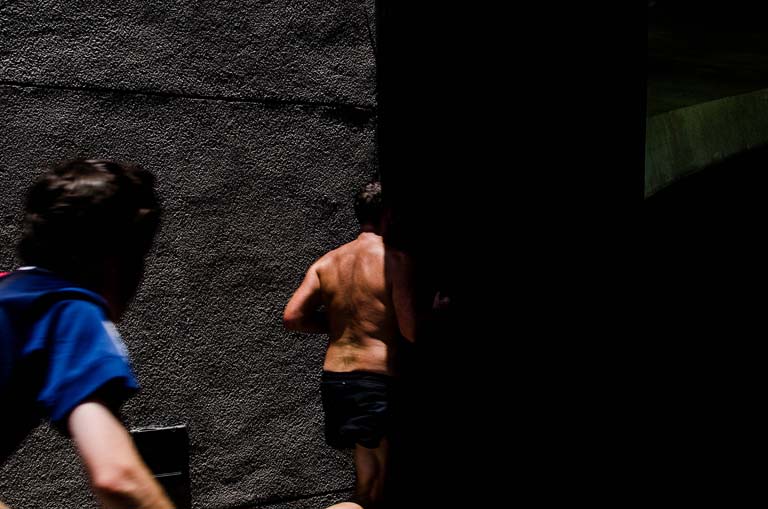 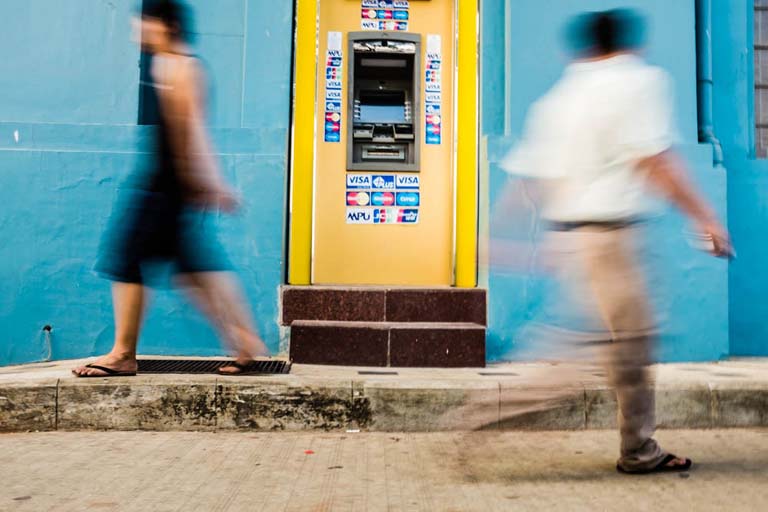 How do you capture scenes with such vivid contrast? What kind of gear/techniques/exposure are you using?

I am myself trained (still doing it) to see the light and the shadow and I think that makes me understand more about the contrast. Part of it is that I carefully study the works of Alex Webb and Constantine Manos so it taught me how to see the color contrast, I guess. 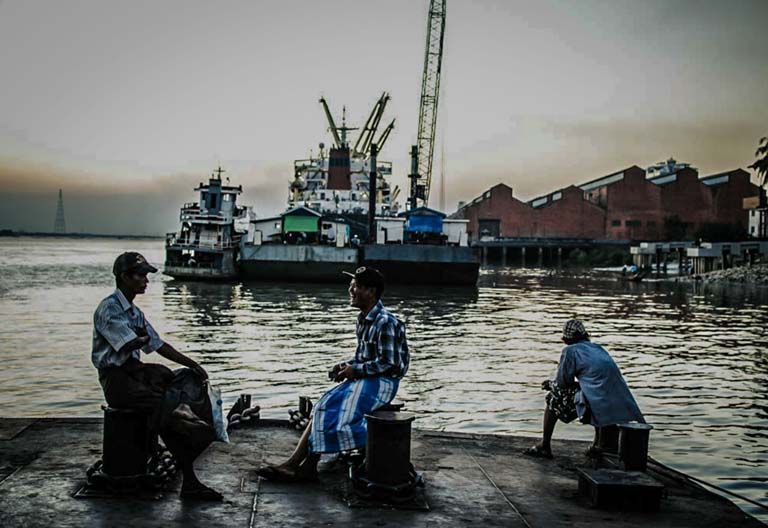 Where is your favorite place to shoot?

I have no particular favorite place in particular to shoot but where the light and the shadow play well is my favorite. 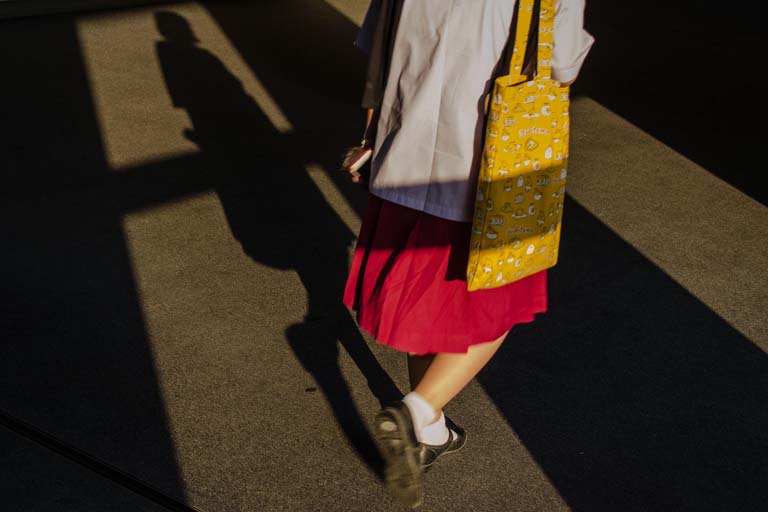 Check out more of Ye Min’s high contrast images on his Flickr photostream.