Perhaps you recall this photograph by Salvatore Matarazzo in the “Flickr Shooters of the Month” section of issue 5 of Street Photography Magazine: 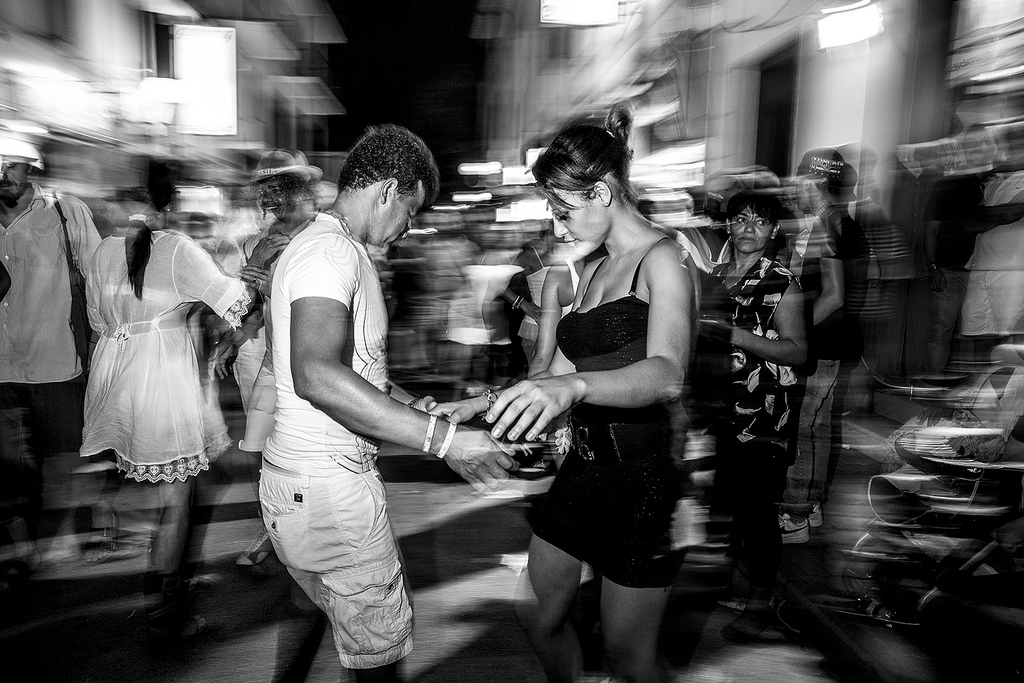 I noticed it again as I was browsing through a few of our back issues and took a moment to look. This shot is one that really catches and holds my attention. The motion here is beautifully captured. It transports you to the scene. The longer I look, the easier it is to hear the rhythmic Salsa music playing and the chatter of onlookers. I even catch a whiff of the street food that is surely cooking nearby. So intrigued was I by this shot that I decided to take a look at some more of Salvatore’s work on his Flickr photostream. What I found was not at all what I had expected to find.

I was struck by Salvatore’s large collection of street portraits. A cast of interesting and strange characters looking surprised, suspicious, elated, angry, even a little crazy sometimes, most often with their features lit up by a close up flash to the face. “How will I ever describe these shots?” I thought to myself. So I headed over to Salvatore’s website.

Salvatore knew exactly how to describe his work, so I’ll just let him explain:

“I found “my” photograph, taken of allegory and satire, irreverent, almost grotesque, which enhances the person, the protagonist of its space through the use of extreme flash and direct contact with my subject .”

All I can say is, go see his photographs for yourself. They may be reek of allegory and satire, they may be irreverent and grotesque, but I guarantee that when you lay eyes on his photographs, you’ll find it hard to look away.