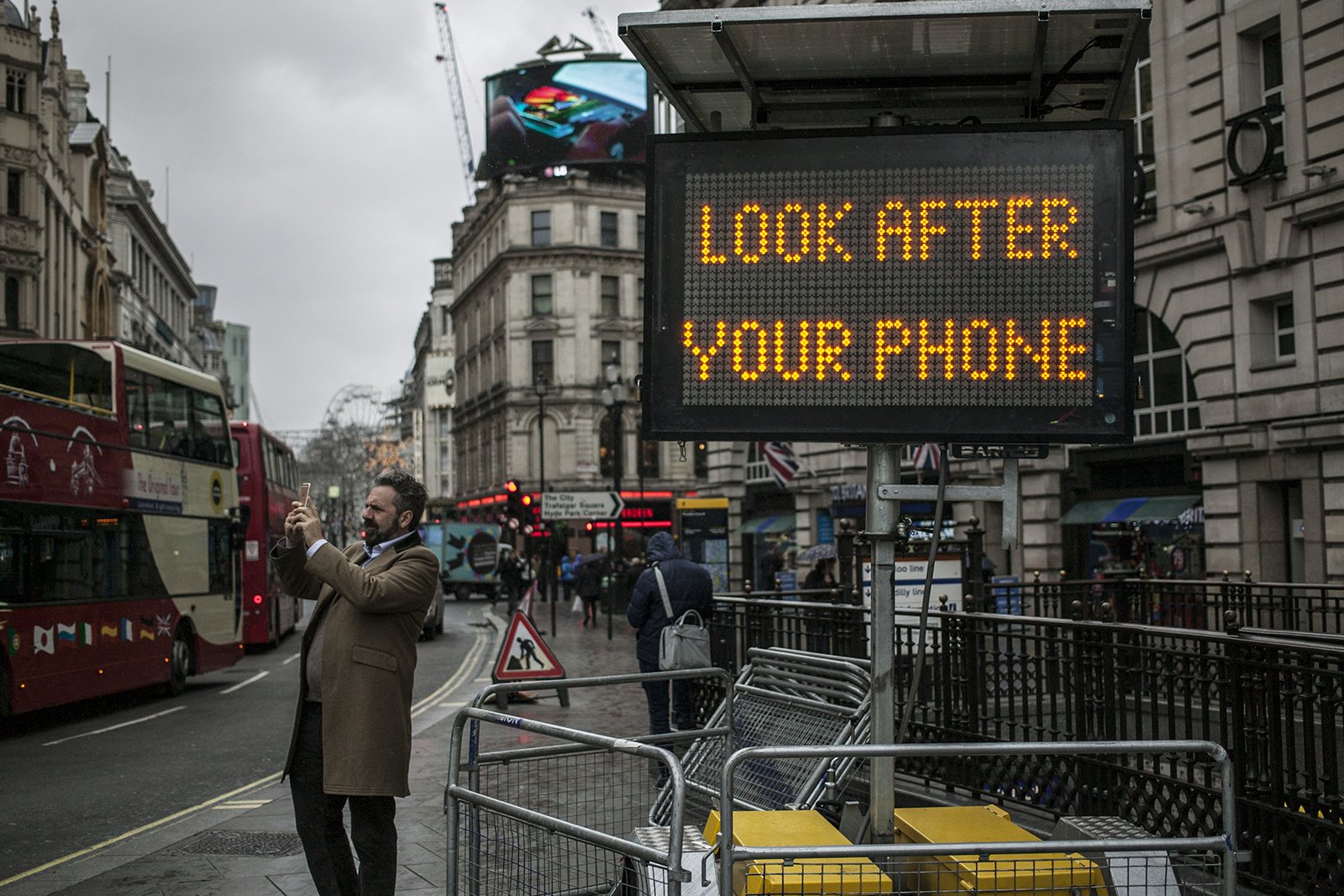 In 2010, I was travelling a lot both for work and for pleasure, and I was taking photos with a cheap compact camera. The results was not interesting, I wasn’t able to fix on a memory card what my eyes were seeing… I thought I needed a more expensive camera, maybe that big black heavy toy that many tourists used to handle around, so I went for it. Same result, my photos were still boring. A friend of mine suggested that I study photography, and she was right. I then joined a group of amateur photographers and learned a lot about cameras, composition, post production etc. At the meetings, we used to talk about photography and practice it. This was interesting, but I still didn’t know what to shoot. 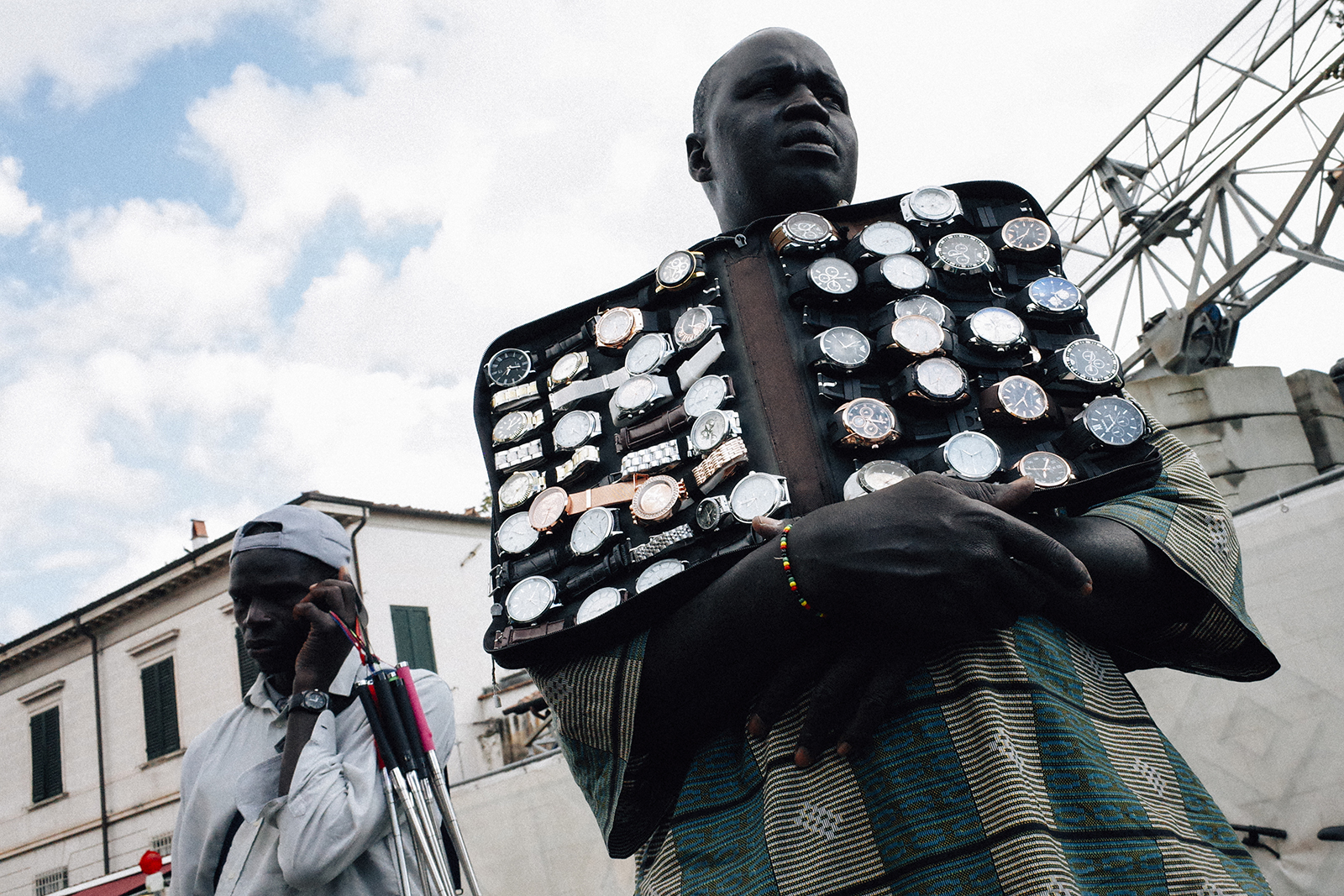 The summer of 2012, I jumped from a stage during a concert (I am bass player) and broke my heel. I was forced to stay at home, in my bed, for two months. During this period I went online and read lots of books about photography, one of them of Henri Cartier Bresson. At one point the doctors told me that I was ok and I should start walking at least a couple of hours every day. I lived in a pretty big, but boring city so to make my outdoor activity less boring, I used to bring my camera with me. This is why and when I started taking street photographs, and soon I realised this was what I liked to shoot. 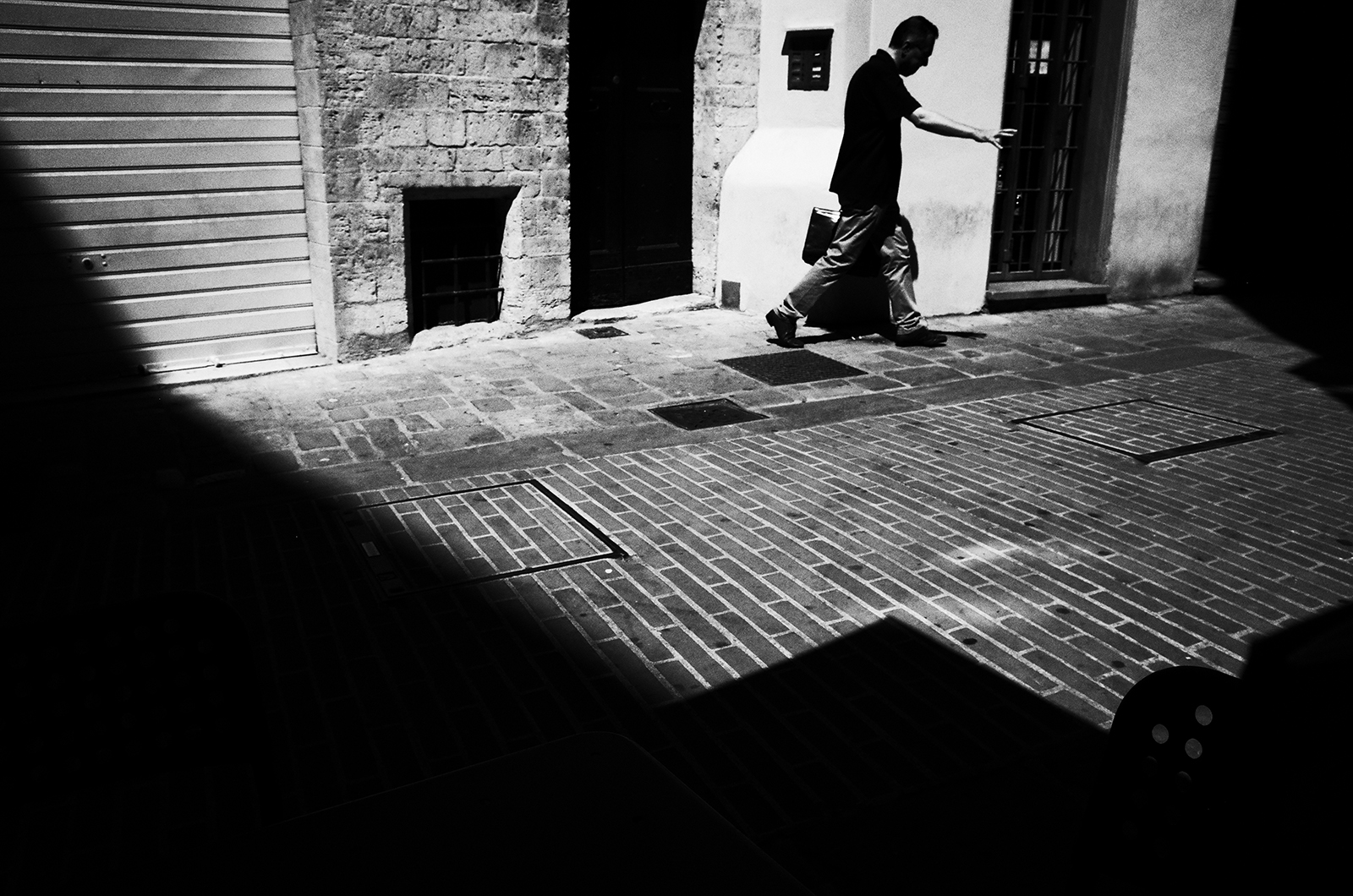 Tell me about how you use light and shadows to create a dramatic street shot.

To create dramatic shots using light and shadows, I just chose the right time during the day, which is a bit before sunset, and I walk along the buildings, around the corners. I live near Venice, and I go there very often. Venice is my favourite city for street photography because there I always find interesting subjects (human beings) and backgrounds. I adore London as well, I try to go there at least one time every year. I usually underexpose the photos, I use small aperture, minimum f/8.0 and high ISO, if digital, and wide angle lens, like 28mm. 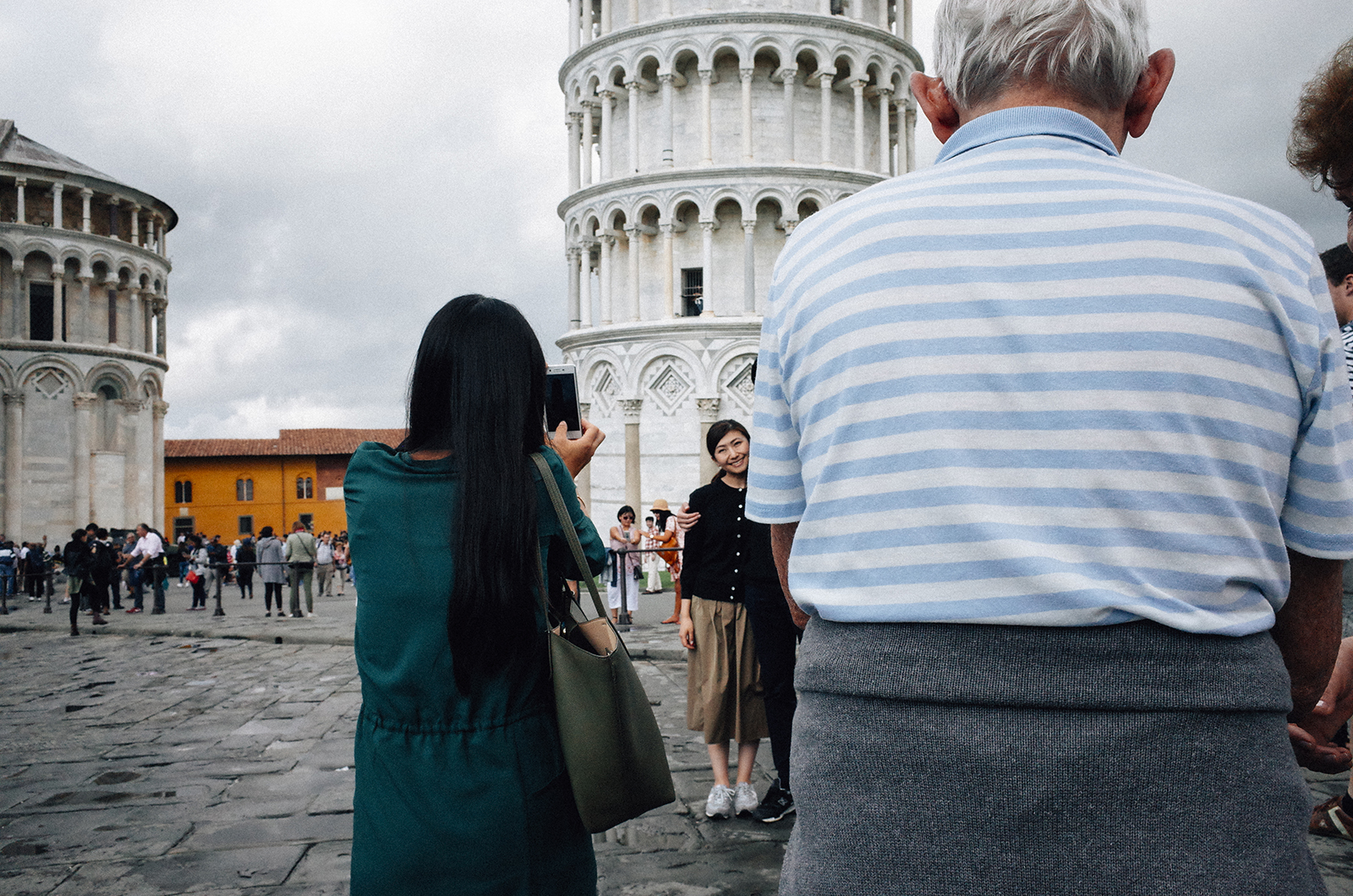 Instead of getting frustrated by the crowds at popular tourist places, how can you use the tourists to your advantage when composing images?

One of my favourite photographers is Martin Parr. I adore his color photographs about mass tourism. In the beginning I tried to replicate his attitude and now it comes spontaneous to me. When I am in some touristic place, I don’t see what the tourists see, I see the tourists themselves instead. 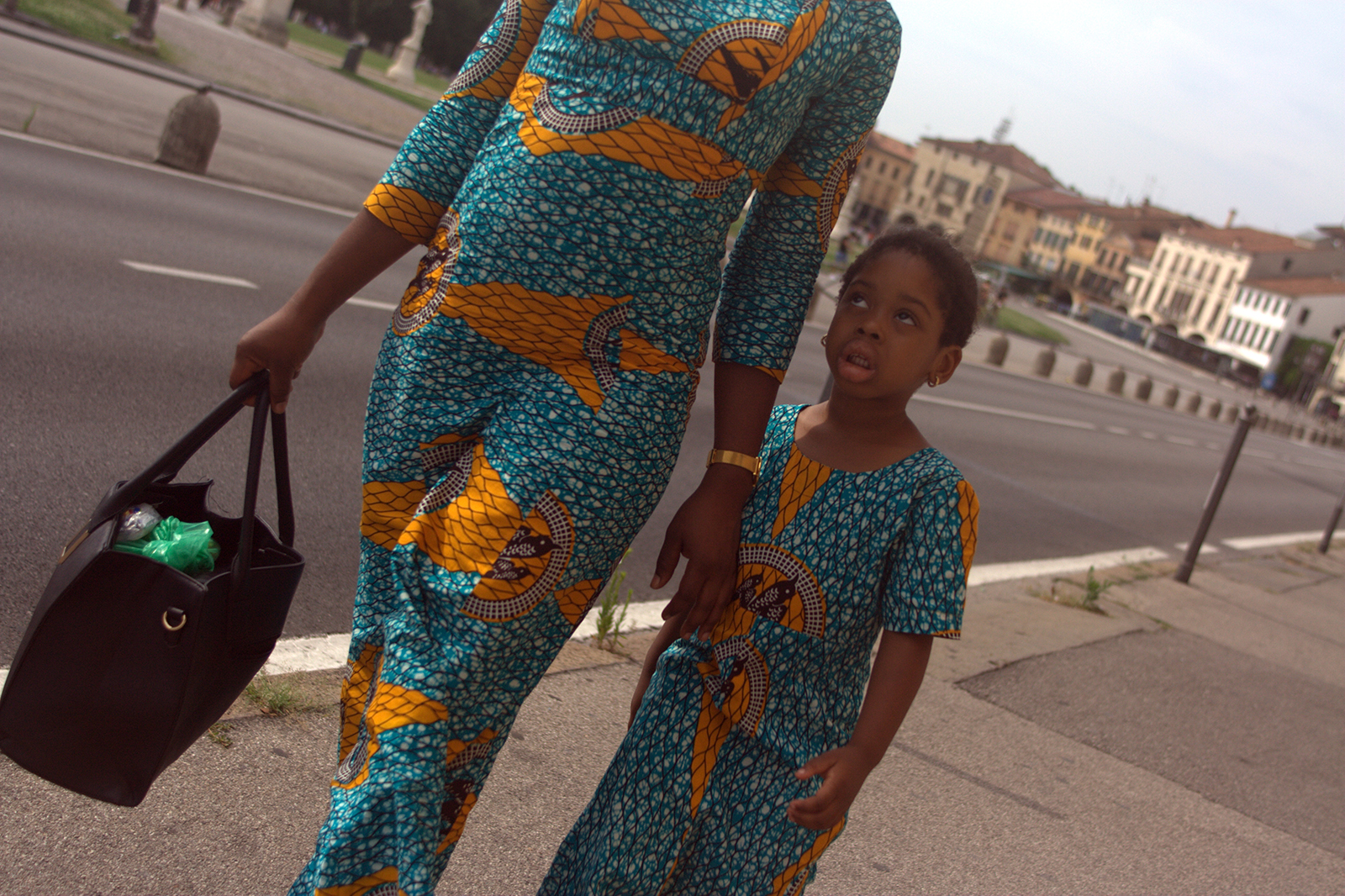 For me they are the interesting thing that makes touristic places interesting. I am attracted by colors like red, yellow and blue. According to my mood, I act like a fisherman, standing and waiting for the fish, or an active hunter. 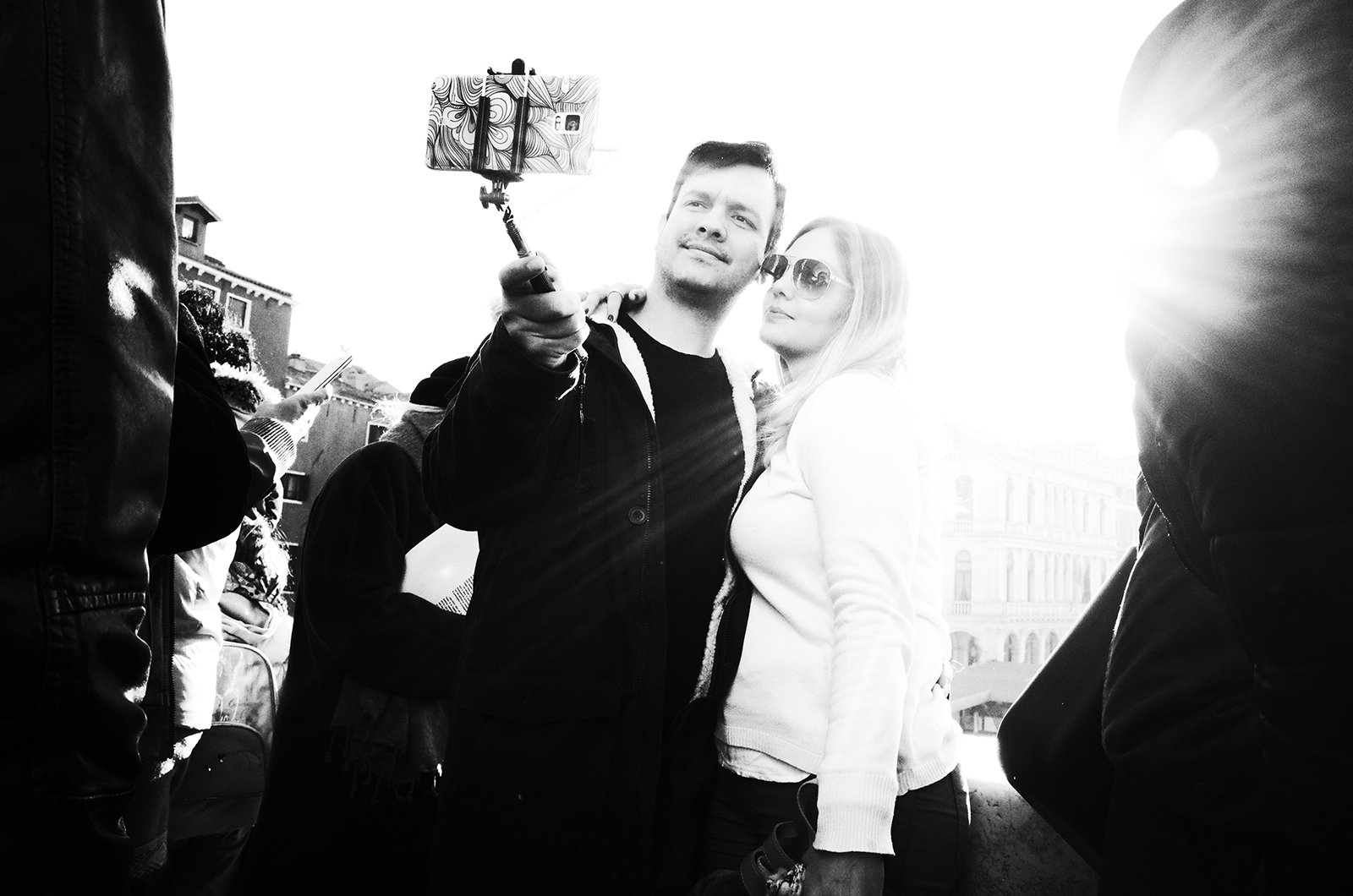 What is your favorite street shot you have taken so far?

I would say that my favourite photographs is the one yet to come, but I think ”somebody” else said this before, so maybe it is the one I took in Venice with an old analogue camera. There is a man carrying a bag and his dog is watching me while carrying a news paper in its mouth. That photo was in the first roll that I developed by myself using a mix of coffee, vitamin C and sodium carbonate. That is also the first photo that I printed on paper, still all by myself. I love that photo, I spent a lot of time with it! 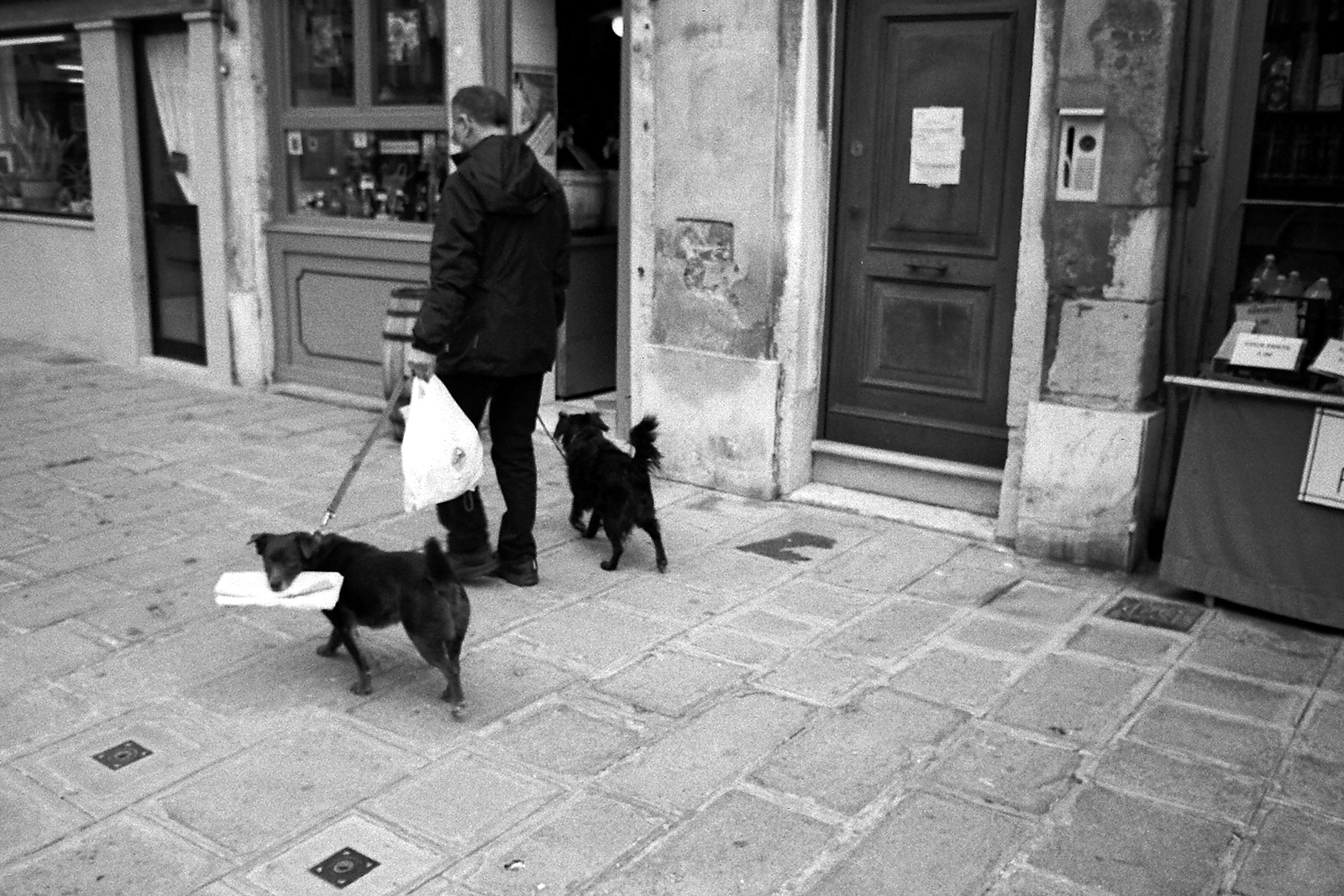 Street photography helped me to fix my heel in the less boring way! I am a very shy person, so to get out in the street and get close to people is a sort of therapy that makes me feel good. 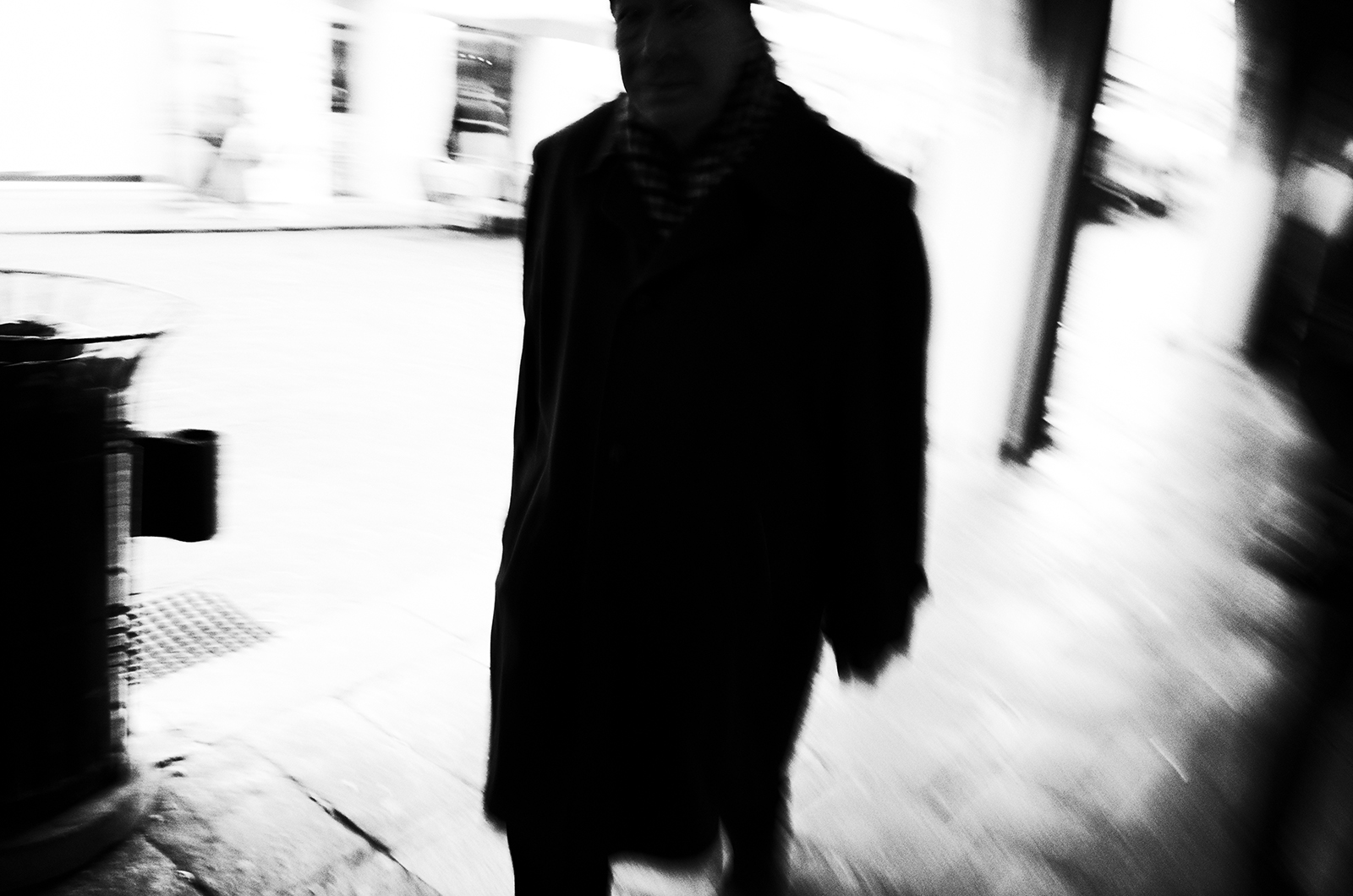 After years of street photography, I realised I am a true philanthropist and there isn’t anything better than fixing memories while enjoying walking in the sun with people around. Also grey, foggy, rainy days turn into wonderful life experiences and opportunities if you’re handling a camera. 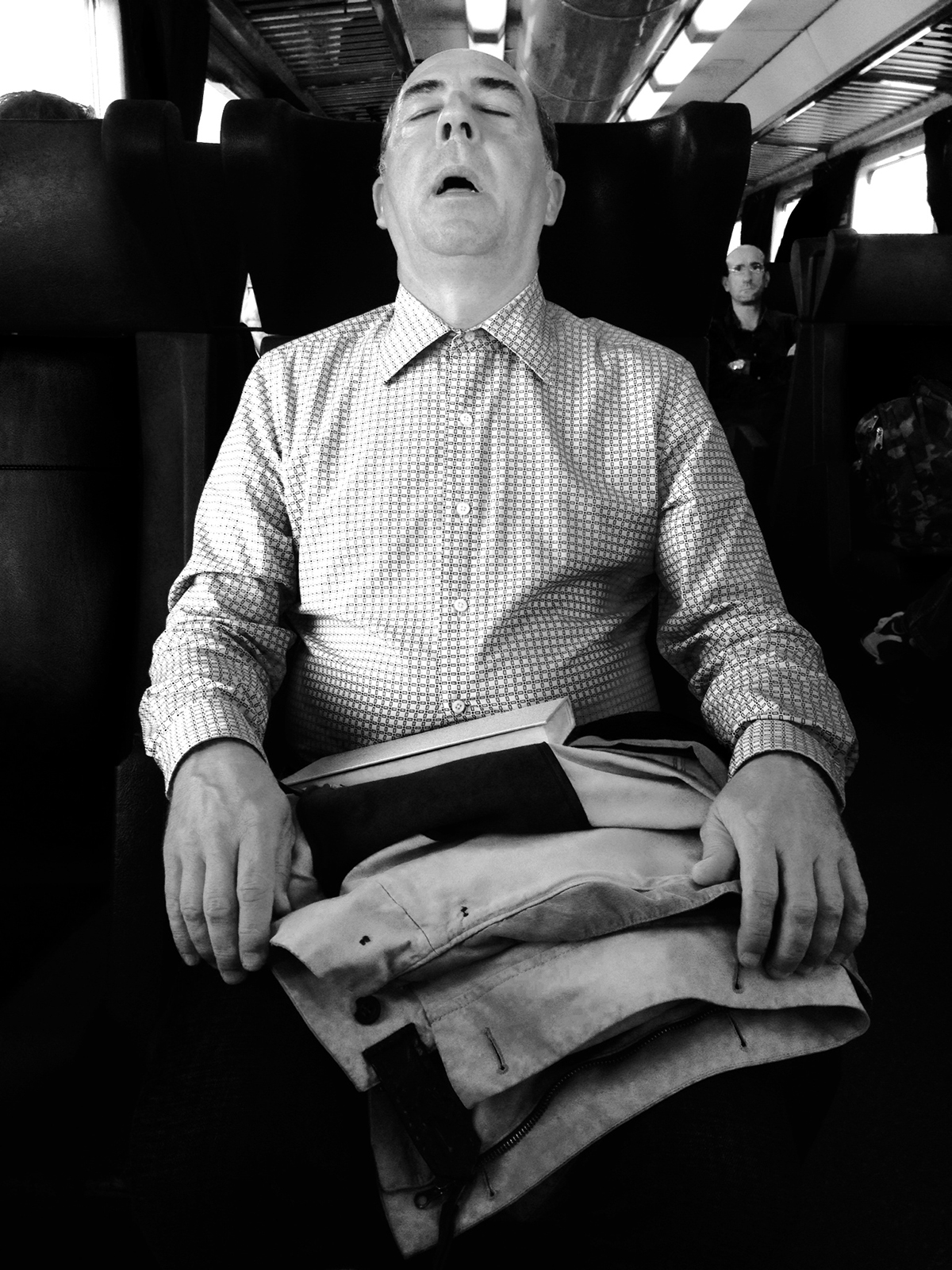