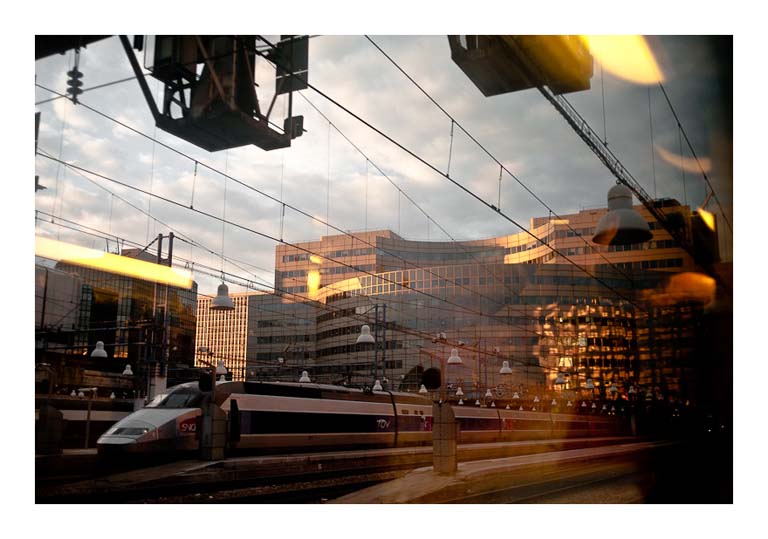 Etienne Augereau, this week’s featured street photographer, began taking photographs early on with a film camera. Etienne says, “Originally, I mostly took snapshots from my holidays in foreign countries, using an basic analog SLR. What interests me when traveling, are the way people live, act, behave – which naturally drew me to “street photography” – even though I never told myself “I want to make street photography.”” 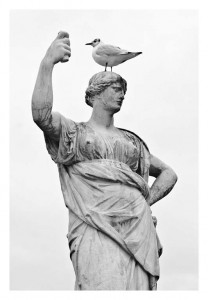 Etienne is French and lives in Paris, a city whose culture has deeply influenced his street photography style. He commented, “My photo culture has naturally been built with pictures from Doisneau, Henri Cartier-Bression or Marc Riboud.

Moving to the digital age in 2006, due to the increasing difficulties to properly develop films, I began to practice more and more, including in my own city. Now, using both analog and digital gear, I mostly take shots of Paris which luckily is a great place for street photo!”

When I asked Etienne about his style, he had this to say,”Regarding what you call my “style”, well, I am not sure of having any particular style. I love pretty well contrasted black and white shots, with deep shadows and touches of light – see part of the work of Harry Callahan for instance. This is the reason why I like night shooting (even more when it rains !), or at the reverse bright summer light which creates razor’s edge cut shadows. 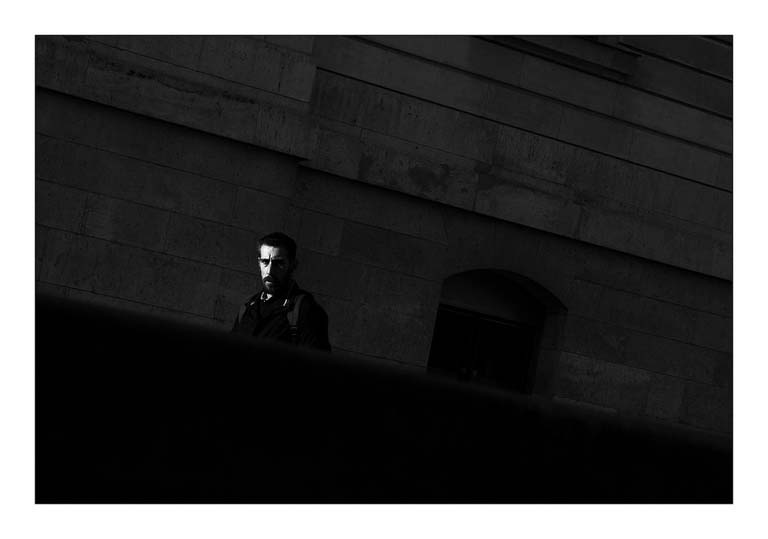 I usually choose a frame that pleases my eye, and just wait a couple of seconds for people to integrate the frame. Actually, I do not really focus on humans. What will inspire me is more the aesthetic of the global picture, rather than attitudes or faces. 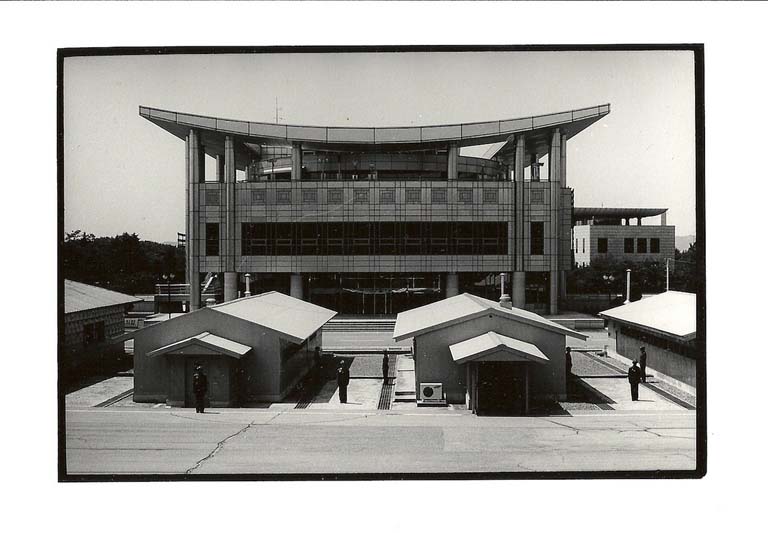 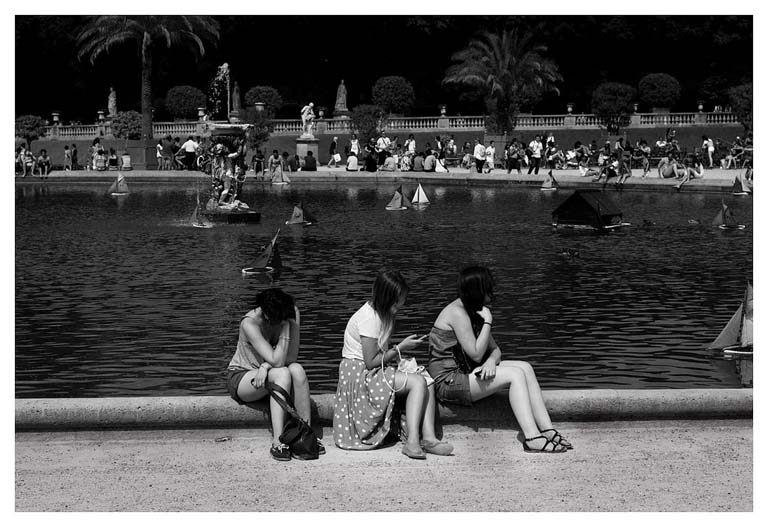 What do I look for in a subject? Well, as explained above, it mainly is a light ambiance. I am always highly impressed by a bright but cloudy sky!” 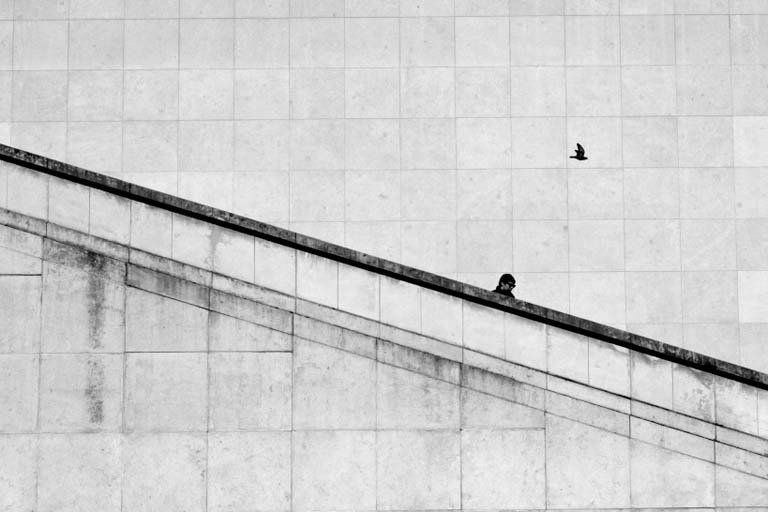 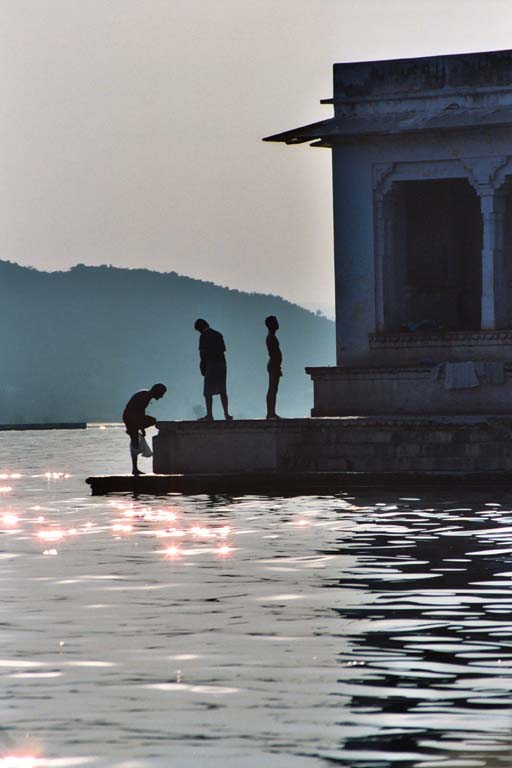 Etienne’s favorite place to shoot is his hometown, Paris, but he loves shooting abroad as well. Etienne’s style is unique and interesting. You can see his words in his work when he says he looks for a global picture instead of human subjects, but this by no means takes the humanity out of his images. Time and again as I look over his photos, I get a feeling of human emotion as a whole – perhaps as a big global family even. 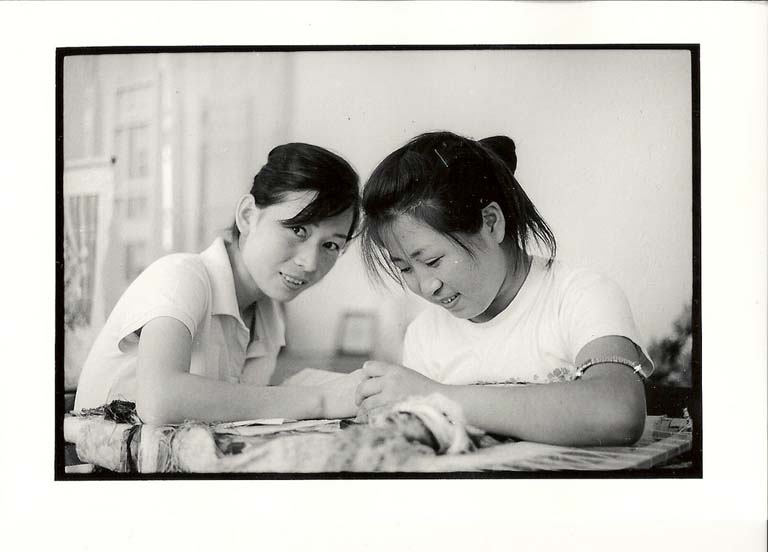 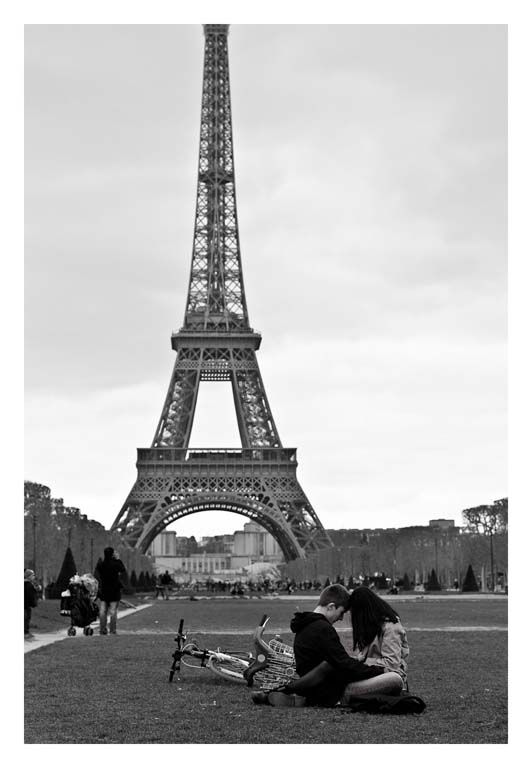 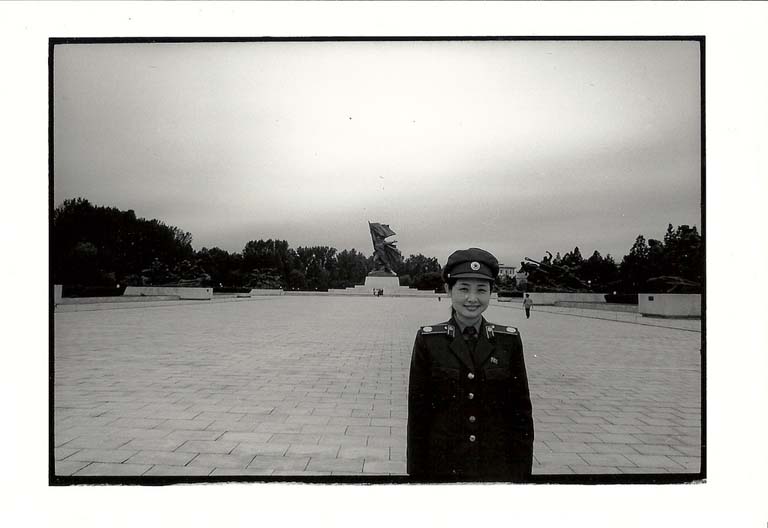 Check out Etienne’s Flickr photostream and give him a follow. His vision is well rounded, his perspective is one-of-a-kind, and his images are always artful.