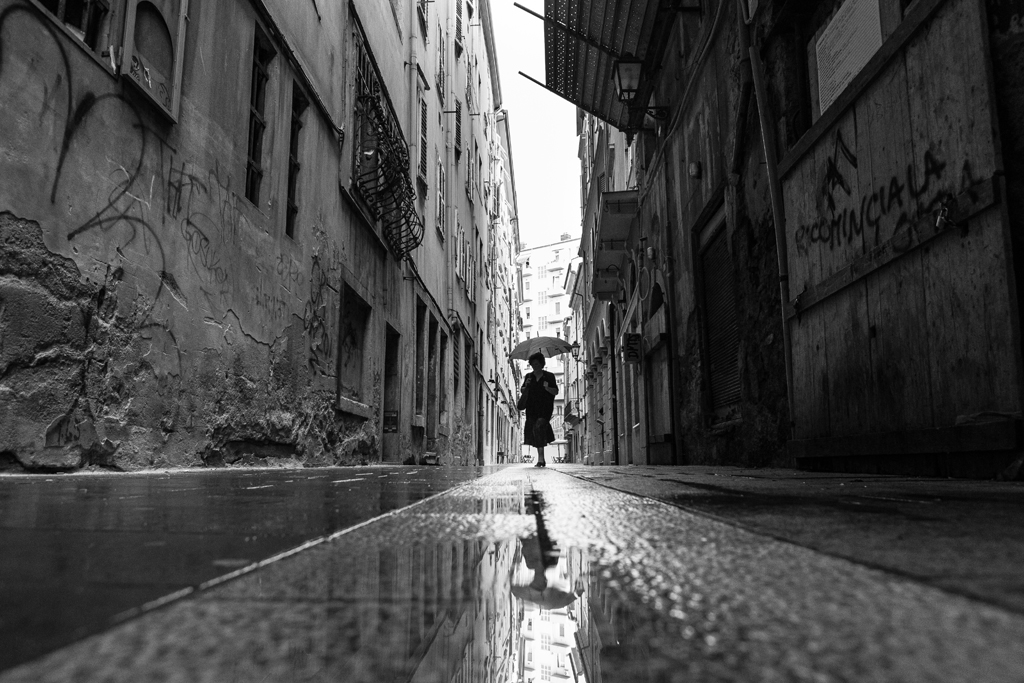 Not only is Ervin Skalamera a talented nature and wildlife photographer, he has a real eye for capturing urbanites and their “concrete jungle” habitats artfully and with precision. When I viewed Ervin photos for the first time, I was struck by the cleanness of his street shots. And I mean that quite literally, from agricultural Nepal to the streets of Broadway, I felt like all the places Ervin photographed were incredibly clean. Perhaps this is because I have grown accustomed to seeing (more often than not) street shots that expose poverty and homelessness, graffiti and metropolitan grime, and give off a general sense of being alone in the midst of crowds of people. While I think these images of urban life have an important place in street photography, I must say, Ervin’s shots are refreshing.

I tried to figure out what made his city shots seem so clean and I came up with just a couple of theories.  First, Ervin captures light in a way that makes things seem to sparkle. Even in shots where it is overcast or raining, the overall scene seems bright. Let me add that Ervin’s website states that none of his images contain “digital or physical manipulations of shapes, forms, or colors”, in which case I must say, beautiful technique! Secondly, a common theme in Ervin’s street shots are reflections. You’ll often find images containing a clear reflection of a beautiful piece of architecture or of an interesting subject (like the one featured above). Instead of feeling like I was looking at dirty city puddles, it seemed I was seeing cities that were just rinsed off and cleansed by a brief afternoon shower. He also captured sharp reflections on the side of city buildings, giving the impression of a city filled with spotlessly clean windows.

I was also intrigued by Ervin’s story as, within it, I found a second powerful and devastating story. On his website, Ervin explains that he had always been interested in art, but he had never been able to find a medium that would give him the perfection he wanted, that is, until he discovered photography. He relates the following on his biography page, “My skill level increased dramatically when I had the good fortune to become friends with Galen Rowell and his wife Barbara. Tragically, both Galen and Barbara died in the summer of 2002. I dedicate the images of my new website to the late Galen Rowell who inspired me, taught me, and became my friend.”

Galen Rowell was an important figure in photojournalism for many years. He photographed for National Geographic, Life, Outdoor Photographer, and many other well-known publications. His work centered on capturing wildlife and landscapes in some of the most impressive places on earth. He described his work as “a continuing pursuit in which the art becomes the adventure, and vice-versa.” We are saddened by the loss of such a talented photographer. No doubt, he would feel honored to know Ervin’s beautiful photographs find their inspiration in, and are dedicated to, him.