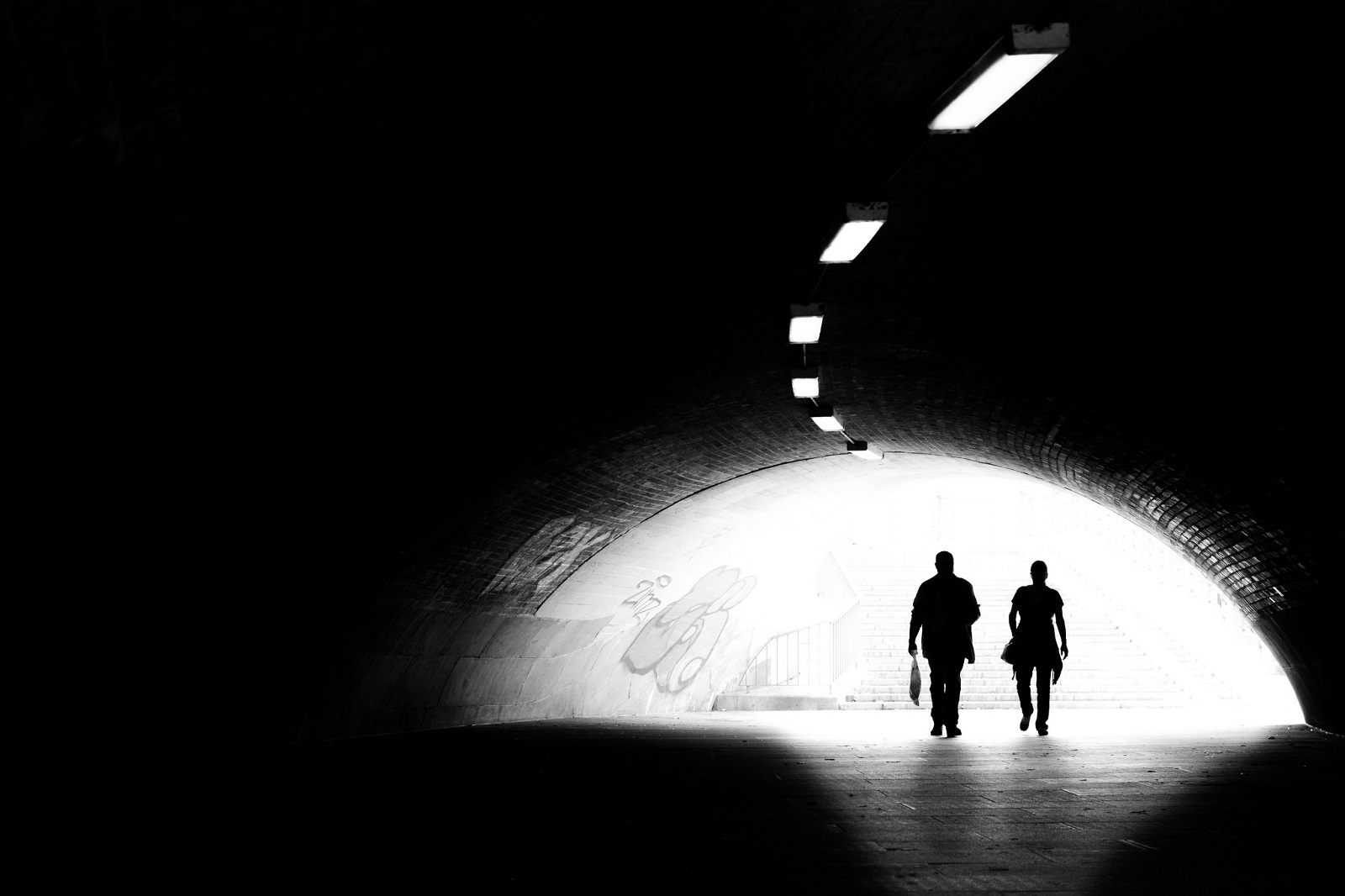 I started, like probably most other photographers, by testing different topics: Architecture, Weddings, Nature etc. However, I noticed rather quickly that those topics are too static in nature for me. Everything is so predictable. Then, randomness came to my rescue.

In heavy rain, I wanted to take pictures of cars passing by. In one of those pictures, a cyclist suddenly drove by with the phone next to her ear and umbrella on her shoulder. This picture, which helped me to win 2 contests, showed me how powerful the unpredictable is: 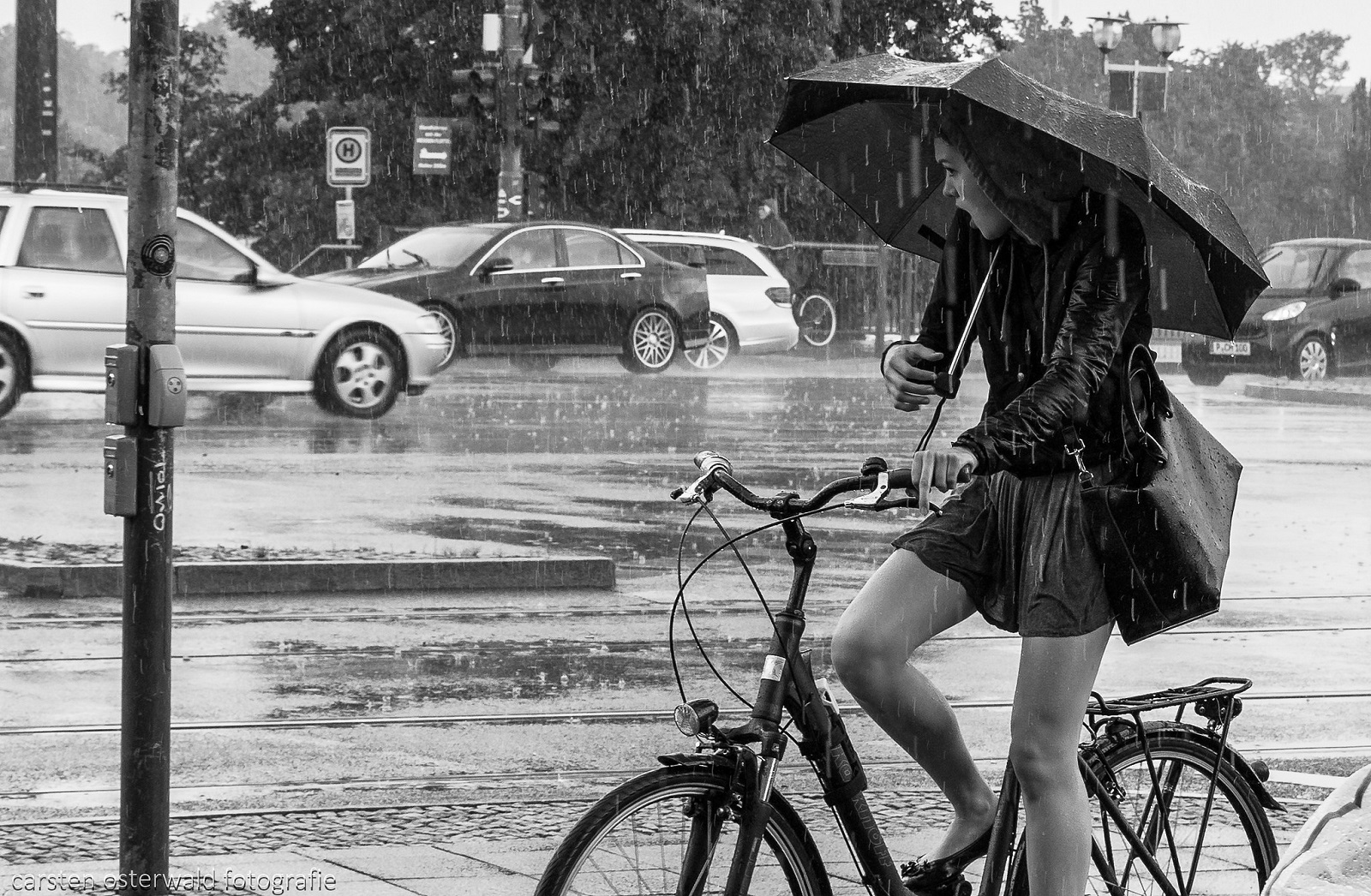 Situations without choreography, untouched, unedited, out of the blue. Only those kind of pictures reflect true real life. From this moment on I knew, street photography is where I want to be.

What city do you live in? Berlin? What are the pros and cons of shooting there?

I am living in Potsdam, on the outskirts of Berlin. Germany is, for us street photographers, a complicated area. According to the German Law, “you have the rights to your own picture.” That means that you are only allowed to release pictures with random people if you asked for permission beforehand.
Where is the real life in that??? So, as street photographer in Germany you have two choices: Either you submit to the rules or you ignore them. If you are going to ignore the rules, and that’s what I am doing, you will always live with a certain fraction of risk. 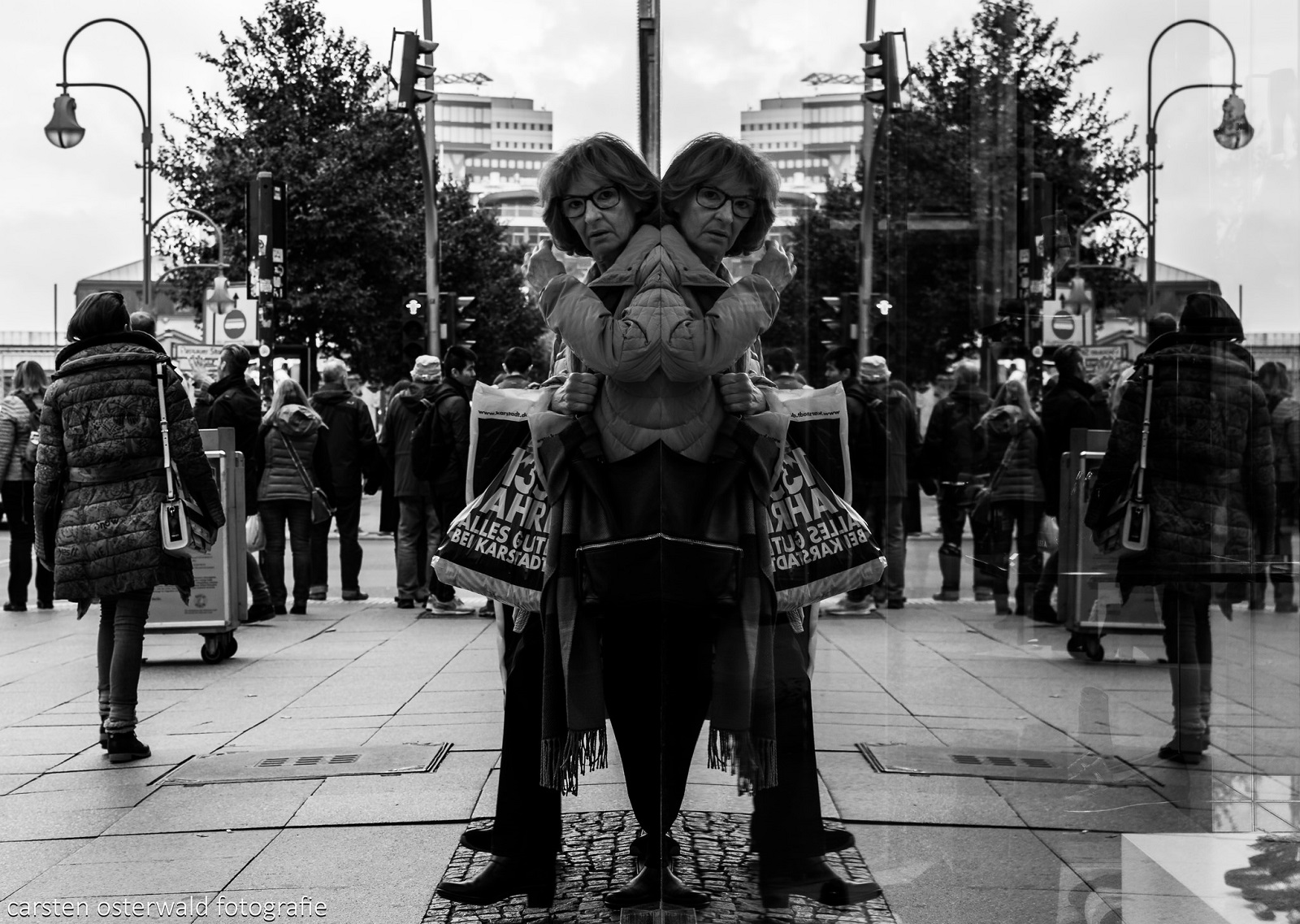 But let’s be honest here, what’s the worst thing that could happen? If a good Street photographer shoots a picture including a random person, no matter if young or old, man or woman, this person is always just a part of a story. A story that represents and depicts our daily life or rather our life.

A good street photographer would never take pictures of a person in humiliating or embarrassing situations. (Excluding act photography at this point). As a street photographer in Germany, it is therefore a good idea to include a paragraph on your home page explaining that in case someone in your pictures would like to be removed, you would immediately fulfill the request. 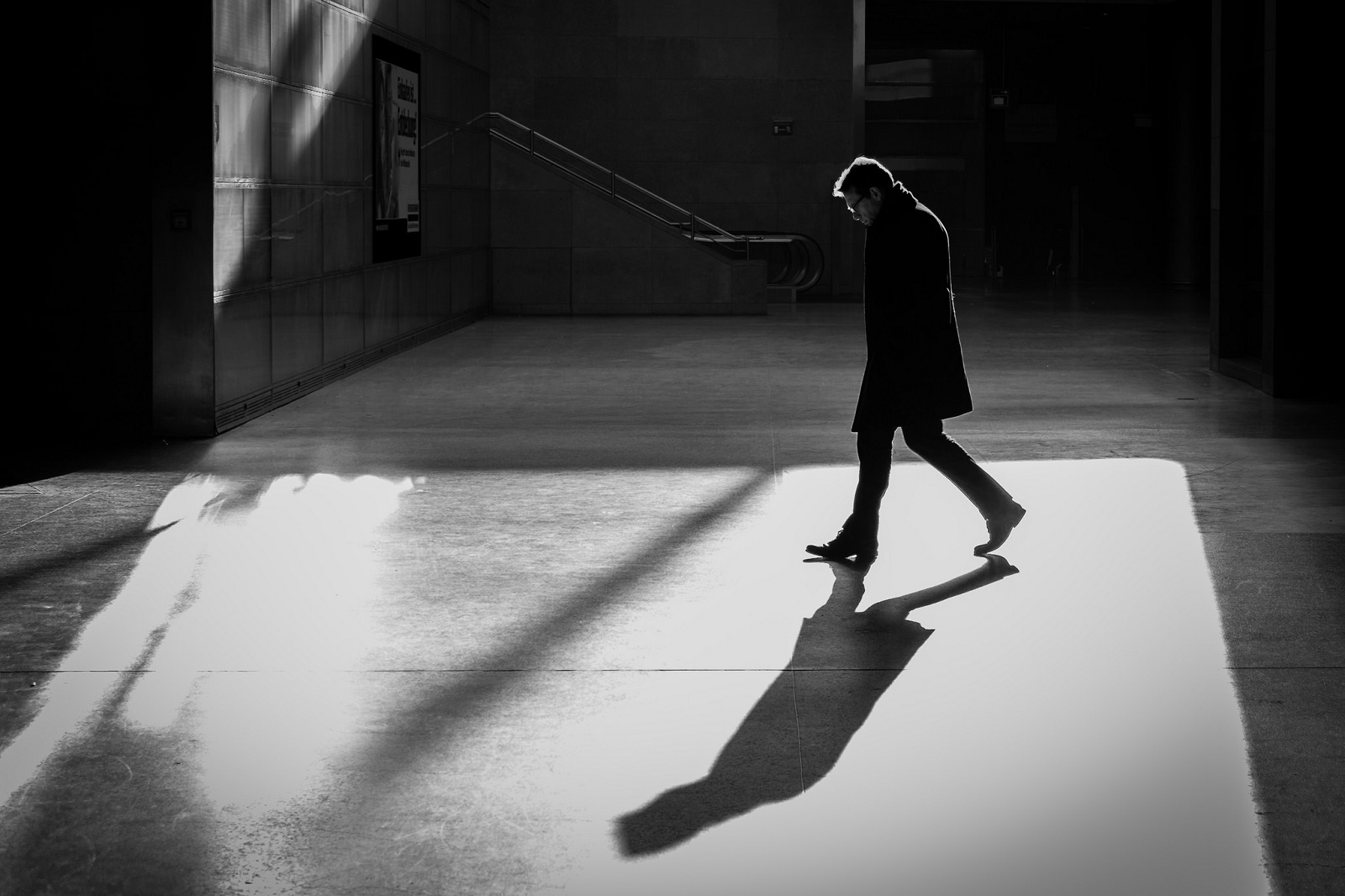 Your images are very powerful. In my opinion its a combination of your subject (the human elememt) along with the way you incorporate lines, light and shadow into the images. What do you think makes a good street photo? And how do you find the right element when you hit the streets?

A good street picture is one that sets the fantasy and imagination of the viewer in motion. Of course by following certain rules (light, shadow, lines, grain) I can manipulate imagination but especially in street photography I have the option to bring in more controversy by breaking those rules. Examples are silhouettes, extreme grain, paradox lines, noise and so on.

If I go on the streets, I let myself flow. The only thing I set is the starting point. From there on I take in the sounds and become one with the movements in and around the streets. My attention then mostly is set to the surroundings and the background. When I find something fitting I’ll wait for a fitting protagonist. 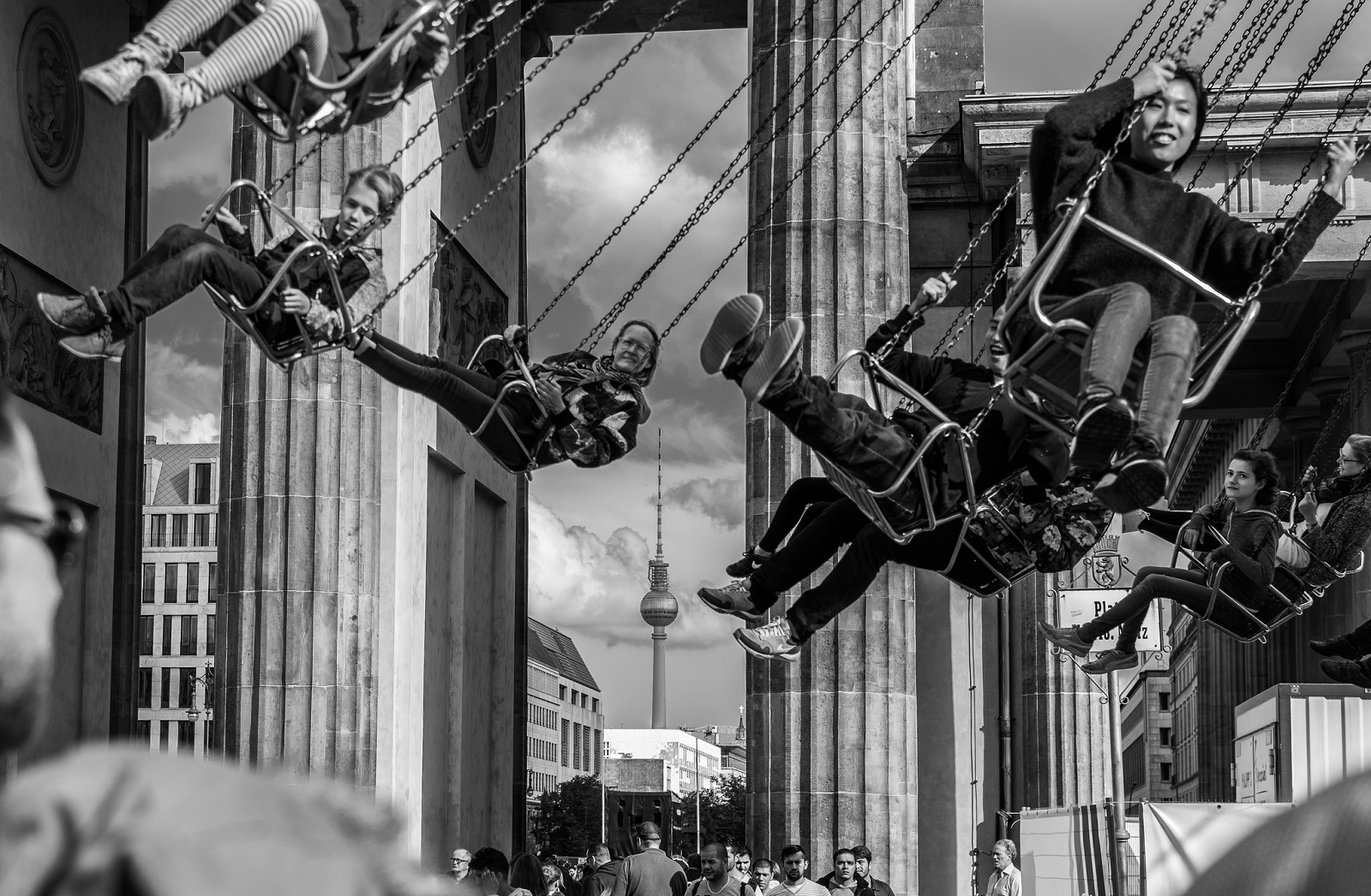 This could be a man, a woman or a group of people. Depending on clothes, movements or gestures they fit in the story or do not. Because of that, street photography can be very time consuming.

For my picture “Our Past,” I needed around eight hours and took over 1,000 pictures. Fact is, all over the street I found painted on footprints. It was my goal to capture those footprints including people on the other side that belonged to one of those footprints. The difficulty here was to have multiple people in set distances at the same time at a certain location. 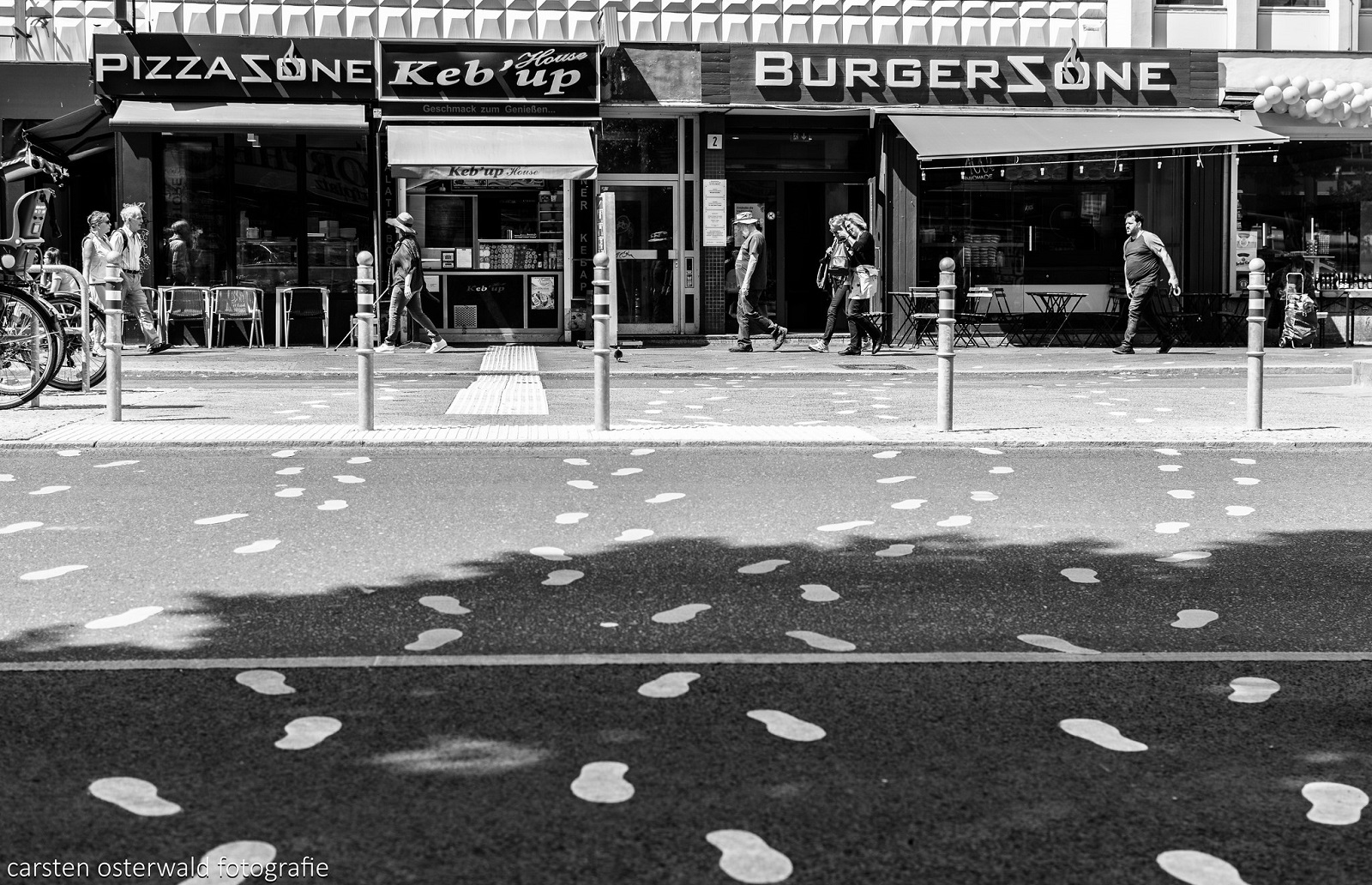 I see you have visited Saigon and got some pretty amazing shots while you were there. Any tips for street photographers planning a trip there?

The nice thing about street photography is you can do it anywhere. In every city, in every country and on every continent. Of course, everyone knows that in a different country, there are different habits. Because of that it is wise to visit some forums on how to behave, before you go. This will spare you a lot of stress and possible anger. 🙂

But from experience, I can agree to 100% on one thing: A friendly face and a smile on your lips prevents most situations from becoming sour…more the opposite. 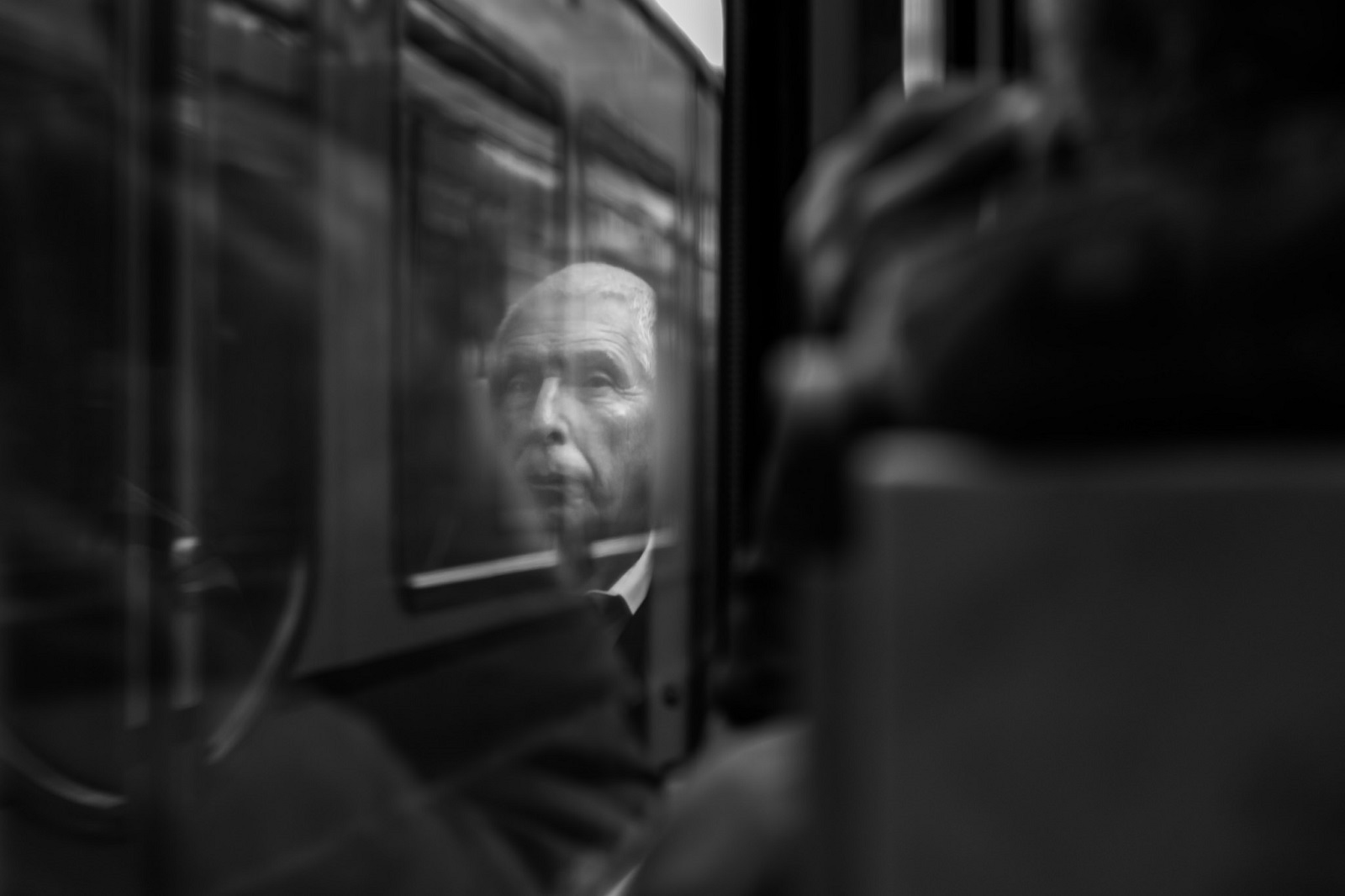 It may sound mundane but Street photography made me a different person. Being a little bit hectic person before, someone who recognizes situations, analyses them and comes to a conclusion, I am now more the type who takes his time, recognizing situations but first weighing in solutions and what-ifs.

I started to not follow each second but also to take my time and let things grow on me, enjoy, think more about this or that situation. Those are traits which in the hectic past were kept in the dark. All in all, I can say that the street photography really took some speed off me. And it was a huge chunk of speed!! 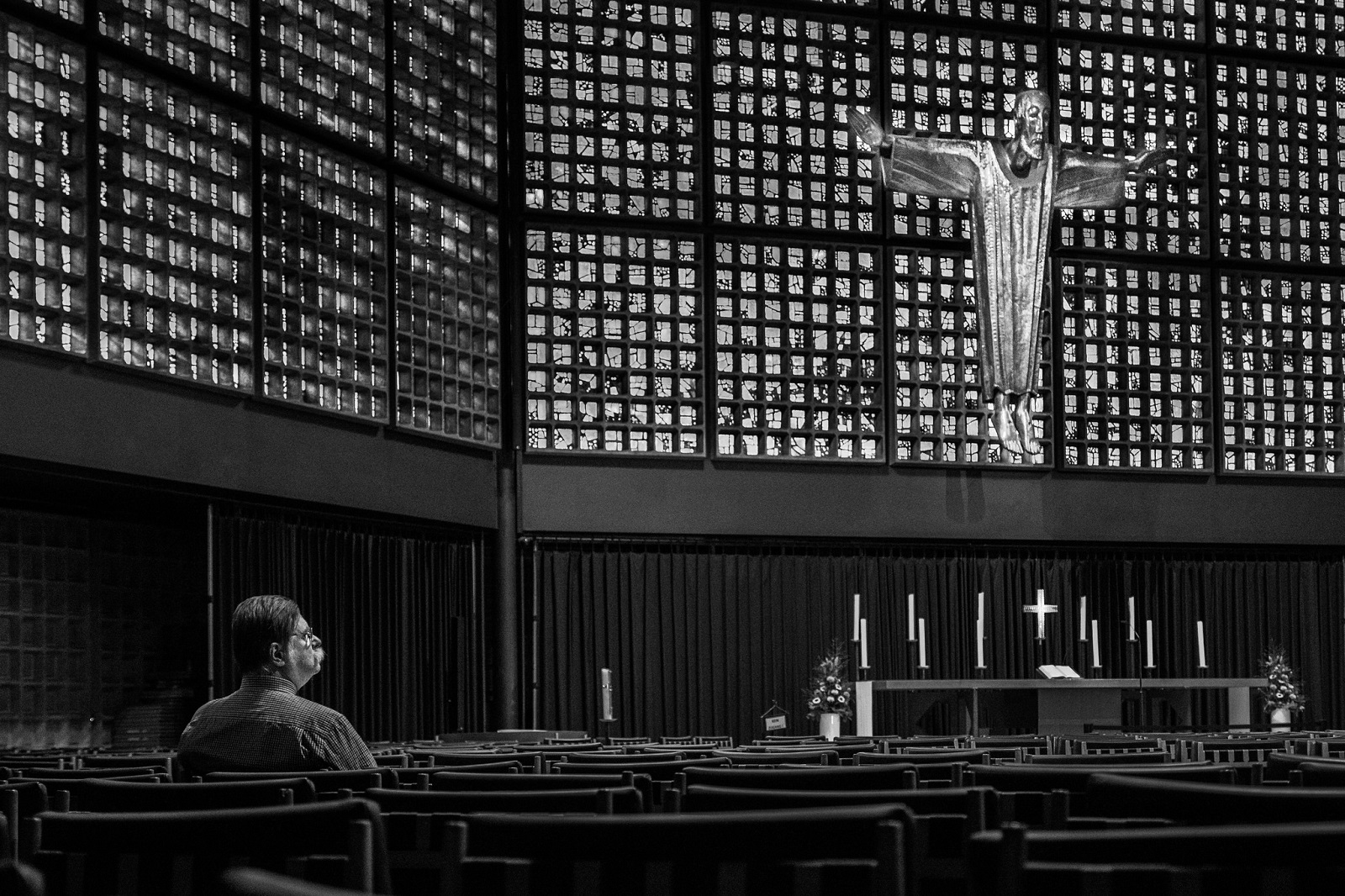