Each week we receive hundreds of submissions from our community to be considered publication in the Street Shooters of the Month section of the magazine. It’s a pleasure to view so many excellent street photos but quite difficult to decide which 6 will make the cut for the monthly issue.

This week Ashley and I decided to begin a new tradition an choose our favorites for all of 2017. That was even more difficult that making the monthly choices.

We each chose our favorite photo in each of five broad categories. They are:
Storytelling, Humor, Minimalist, Timing and Street Portraits.

Below are our selections, each with a link back to the original issue. But be sure to listen to the podcast to listen to our discussion.

Finally….Congrats to the winners. It was a very tough competition. 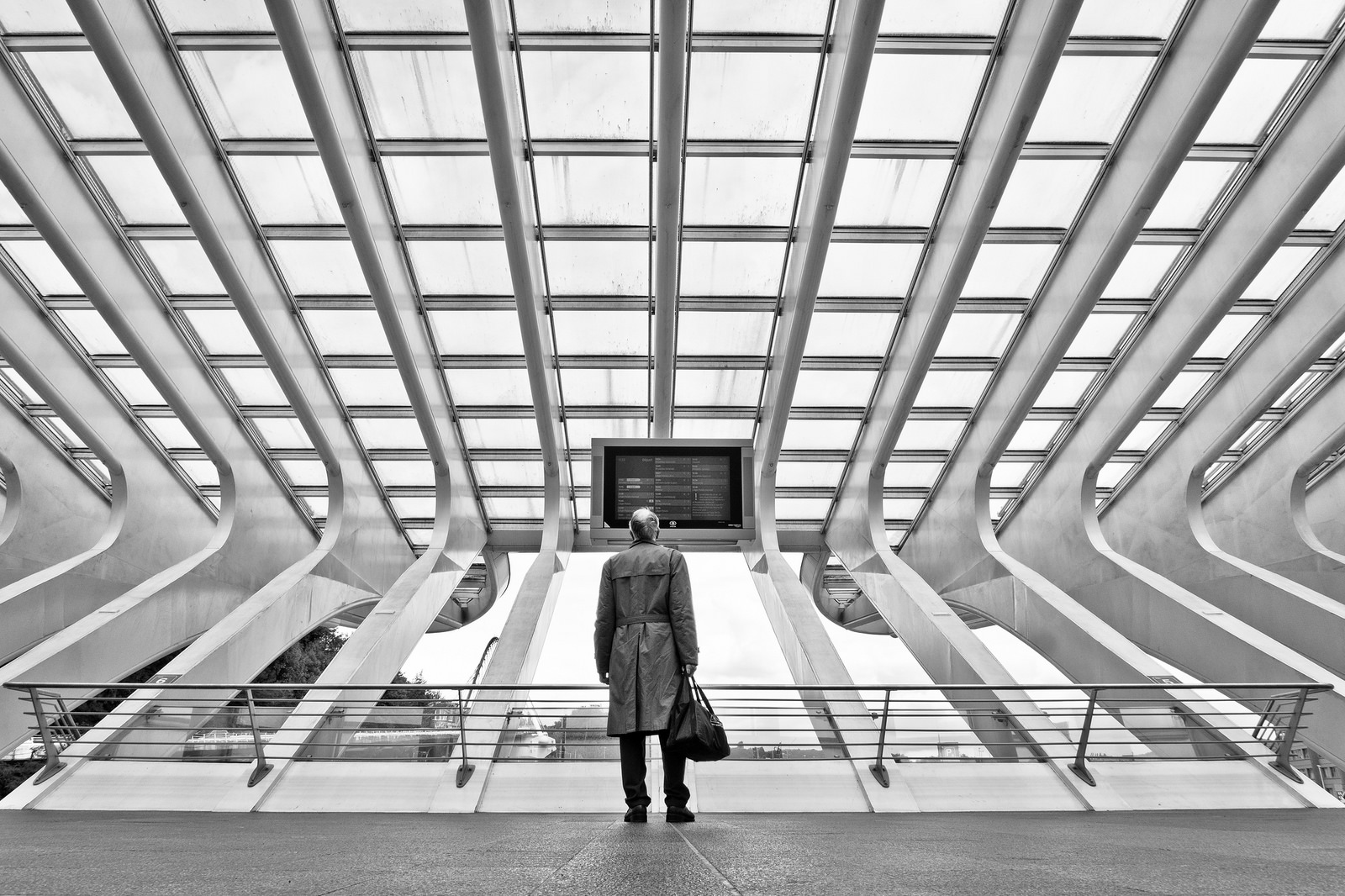 Missed the train.. by John Bastoen

Saw this man watching the timetables after missing his train. What is his destination, his purpose of travelling.. little mysterious.
Photographed in the wonderful station of liege guillemins in Belgium. 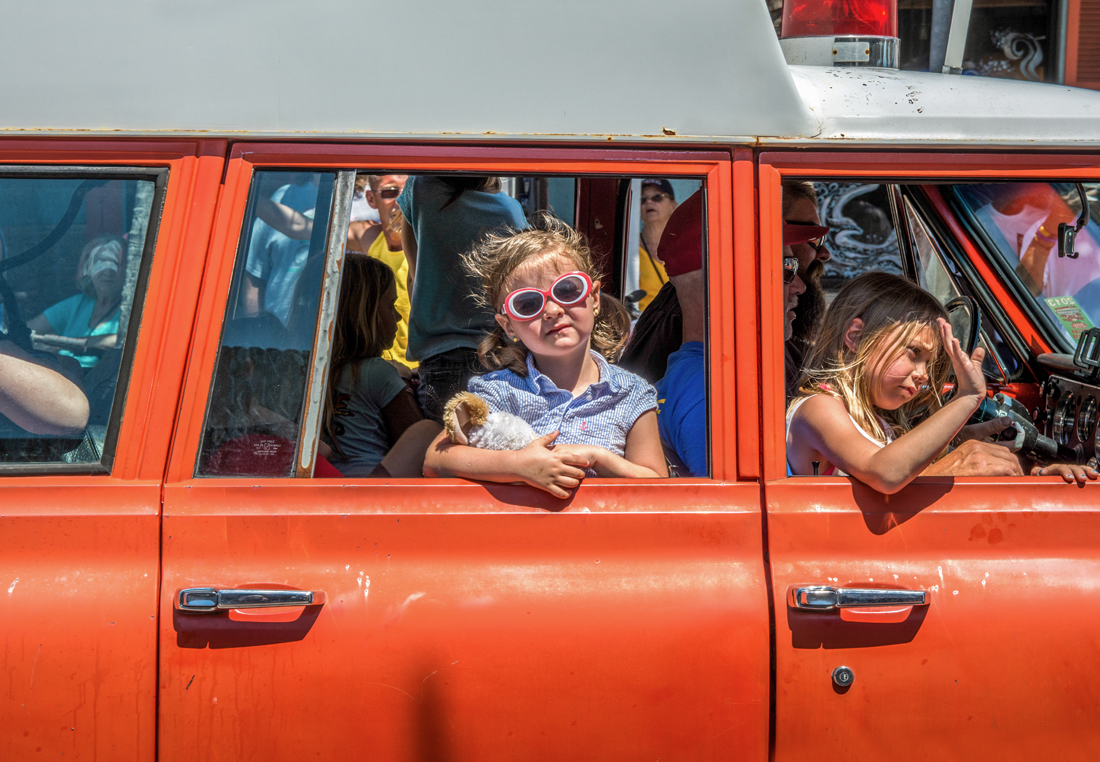 The annual Opening of the Beaches parade in Jacksonville Beach, Florida. A long procession of vintage first-response vehicles crept along in the scorching wake of Shriners’ clown cars and go-karts. Suddenly this girl popped up in the window of an early 1960s ambulance. 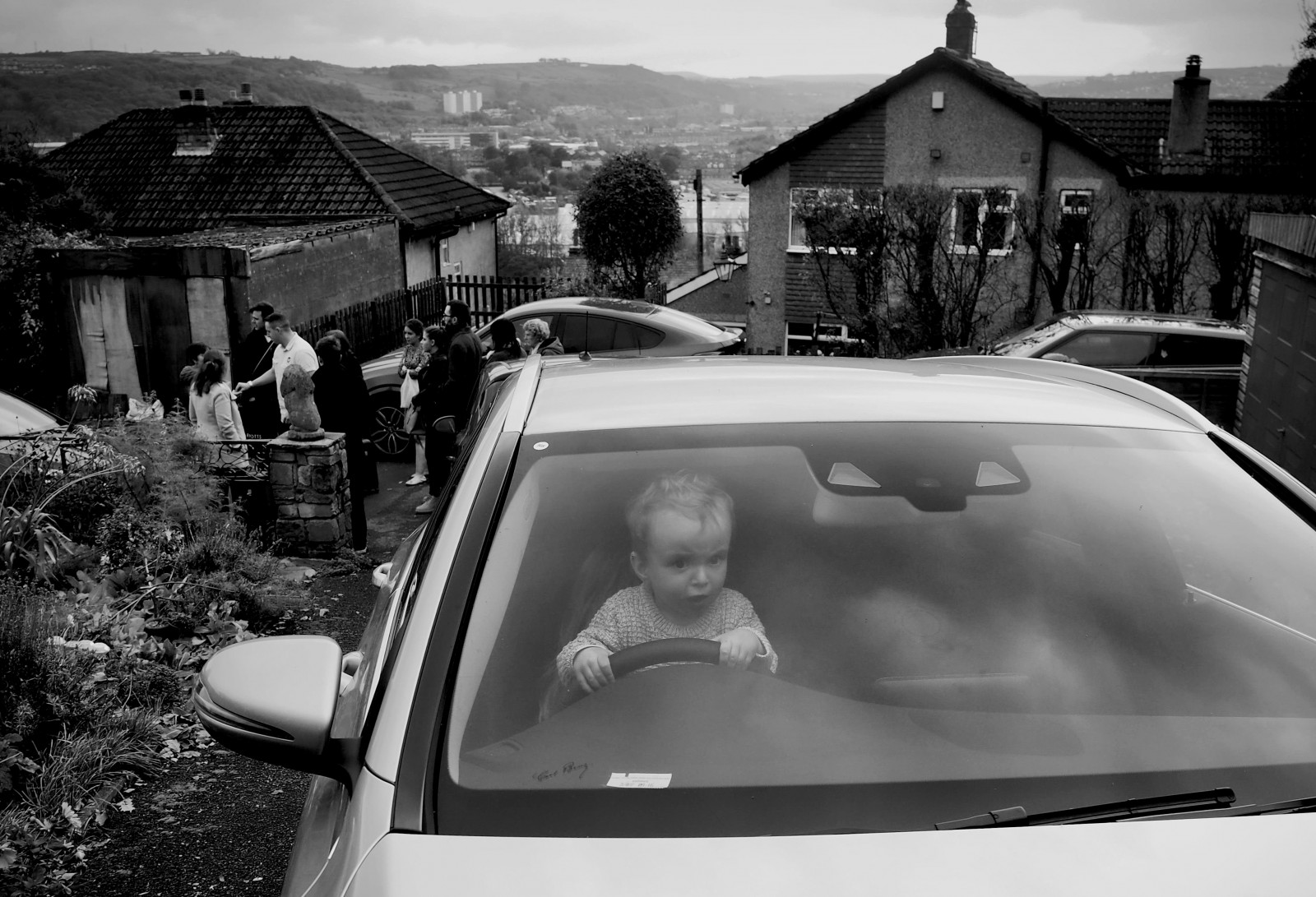 Someone described this photo as being scary I’m not too sure why? Someone told me not to share the story behind the image, because it then loses it magic or appeal, so I have decided not to say who the child or people are, or the story behind it….so please use your imagination and enjoy…

A train in NYC. 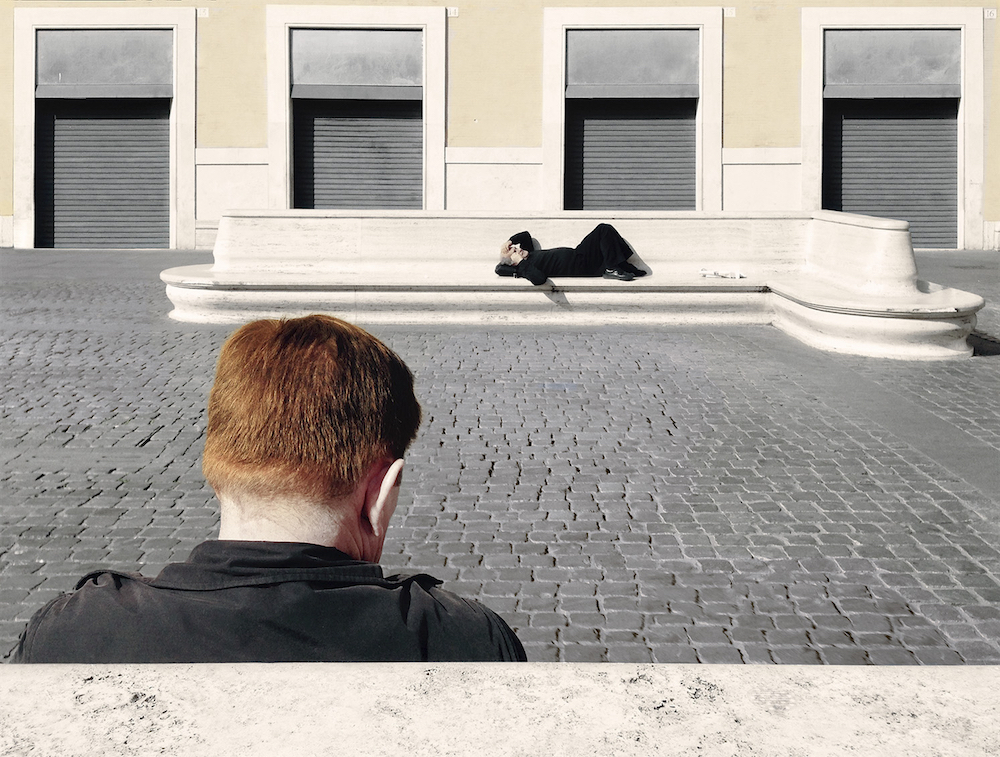 The project Spazio sazio stems from the idea that everyday places have a lot to say, and that their features constitute a delicate, sentimental geography. Colors become geometry, and support the structure of memory. 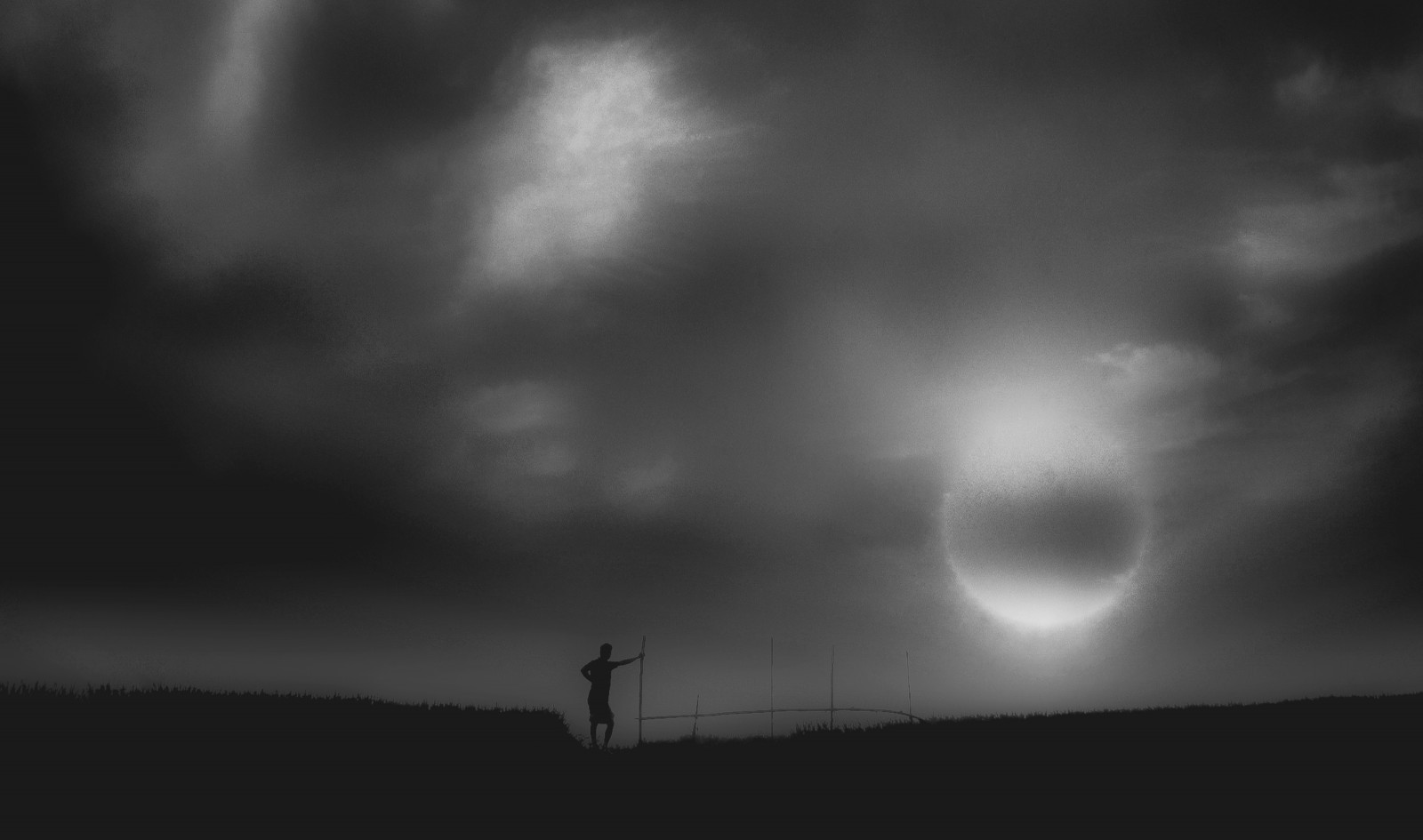 Existence against the Eclipse by Zahid Rahman 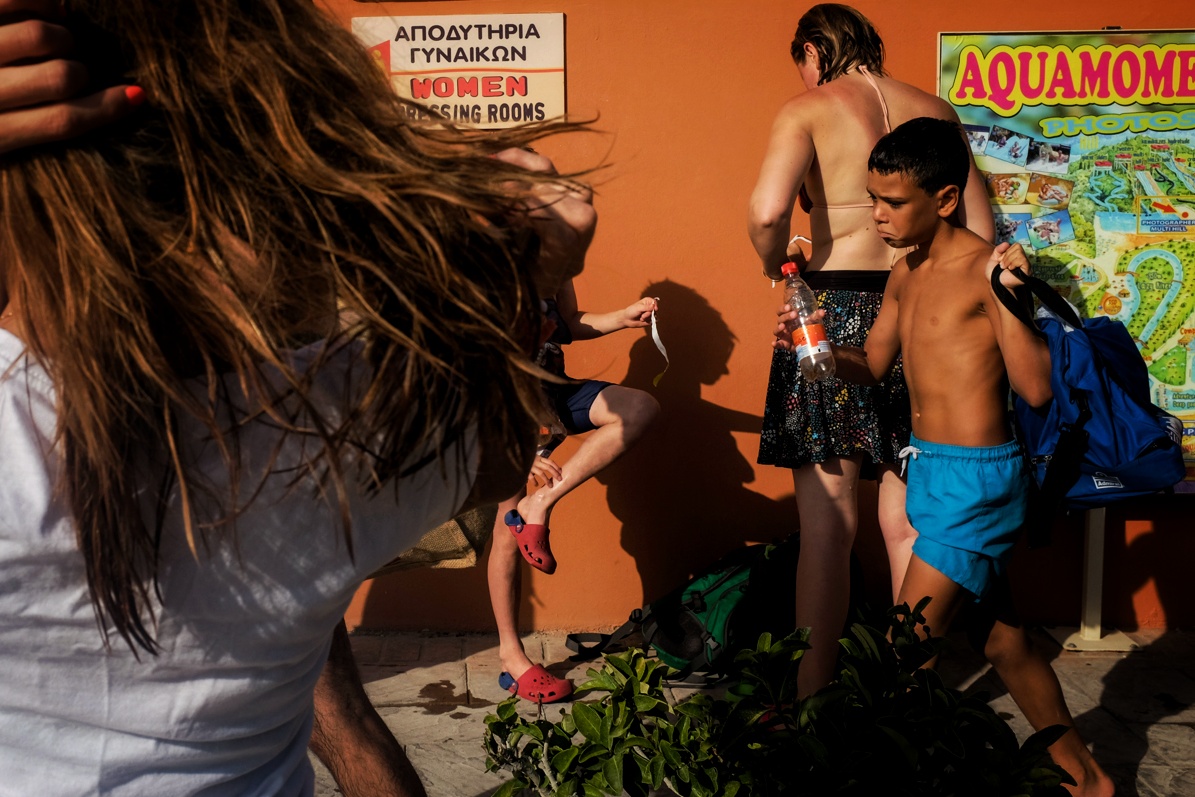 Photography made during my holidays in Greece. In the picture, the moment when people are preparing to leave Aqua Park

Down The Rabbit Hole by Jeffrey De Keyser 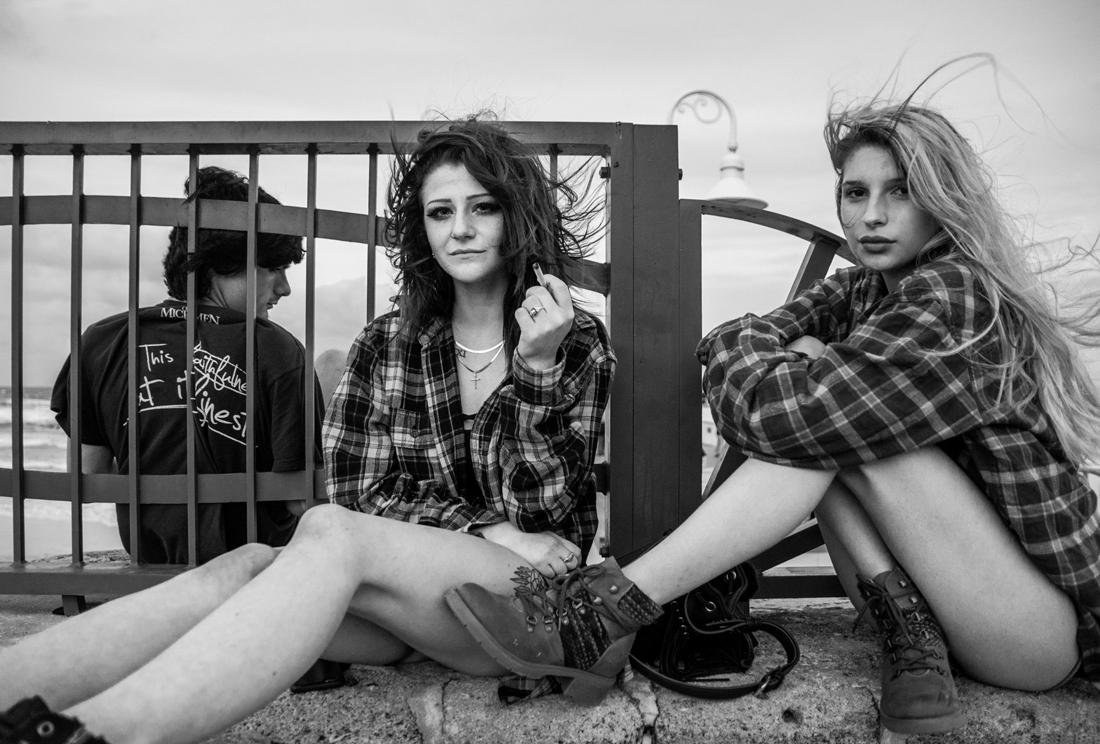 Daytona Beach boardwalk during October’s Biketoberfest.. Near sunset. In a raging nor’easter just one week after Hurricane Matthew had thrashed Florida’s northeast coast. I happened upon these three teenagers and asked if I could photograph them. It was all over in 20 seconds. 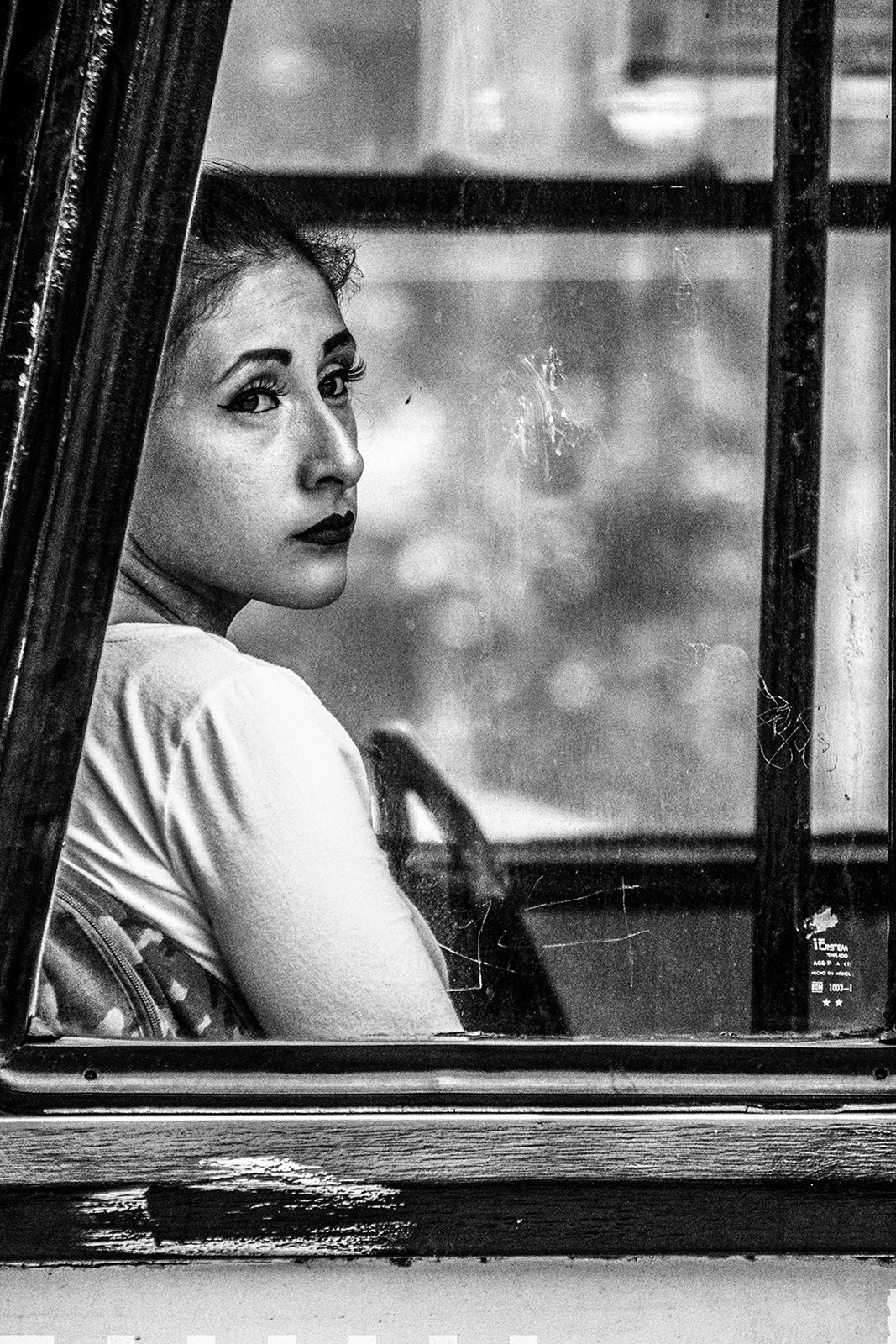 A young lady’s long gaze from a Mexico City transit bus. Many people opt for the bus in the midday heat of Mexican capital of 20 million.