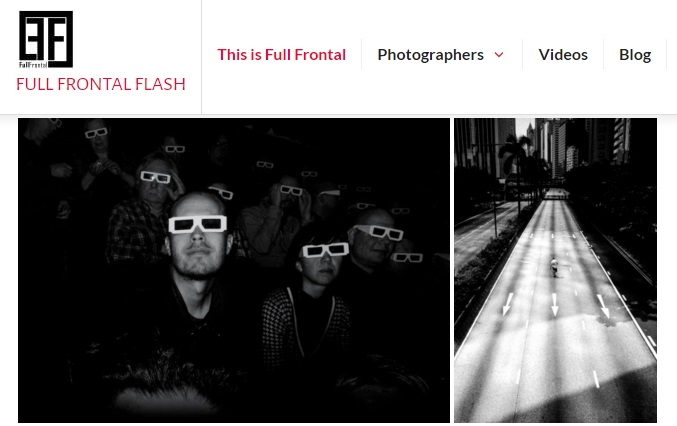 Full Frontal Flash is something of a niche collective, built around a group of street photographers who have a passion for hitting the streets with a flash gun. Here’s a snippet from their website describing what they are all about:

“For a vast majority of photographers, their story starts when they first pick up a camera.  Ours came a bit later; when we first picked up a flash gun.  For some of us, it was seeing the work of Richard Sandler or Bruce Gilden, the raw style of Weegee, for others it was Martin Parr’s super-color that pushed us toward flash.  The idea to form a group came organically, a non-exclusive group, a camaraderie to further our individual crafts.”

Check out the website, you’re going to love it. There are some awesome interviews and articles. (Don’t miss “Pictures and Words with…” various amazing photographers, i.e. Aaron Berger and Tyler Simpson) Then there’s the photos, dozens and dozens of in-your-face flash photos, which will inspire you to take a bolder approach out on the streets. There’s even a section with video slide shows, which is another must see. Anyway, you get the idea. Visit the Full Frontal Flash website. You won’t be disappointed.