In this article, we are going to look at the merits and pitfalls of shooting on the streets with film cameras. From my perspective, the world moved on to the realm of digital, despite the odd number of film shooters out there. My question is not just about whether film is still relevant or capable, but does it still have a place at all? We will look at the technology aspect of the camera before moving on to the film itself and providing some examples. Hopefully, this work will allow you to

END_OF_DOCUMENT_TOKEN_TO_BE_REPLACED 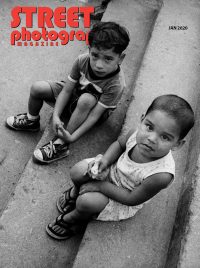