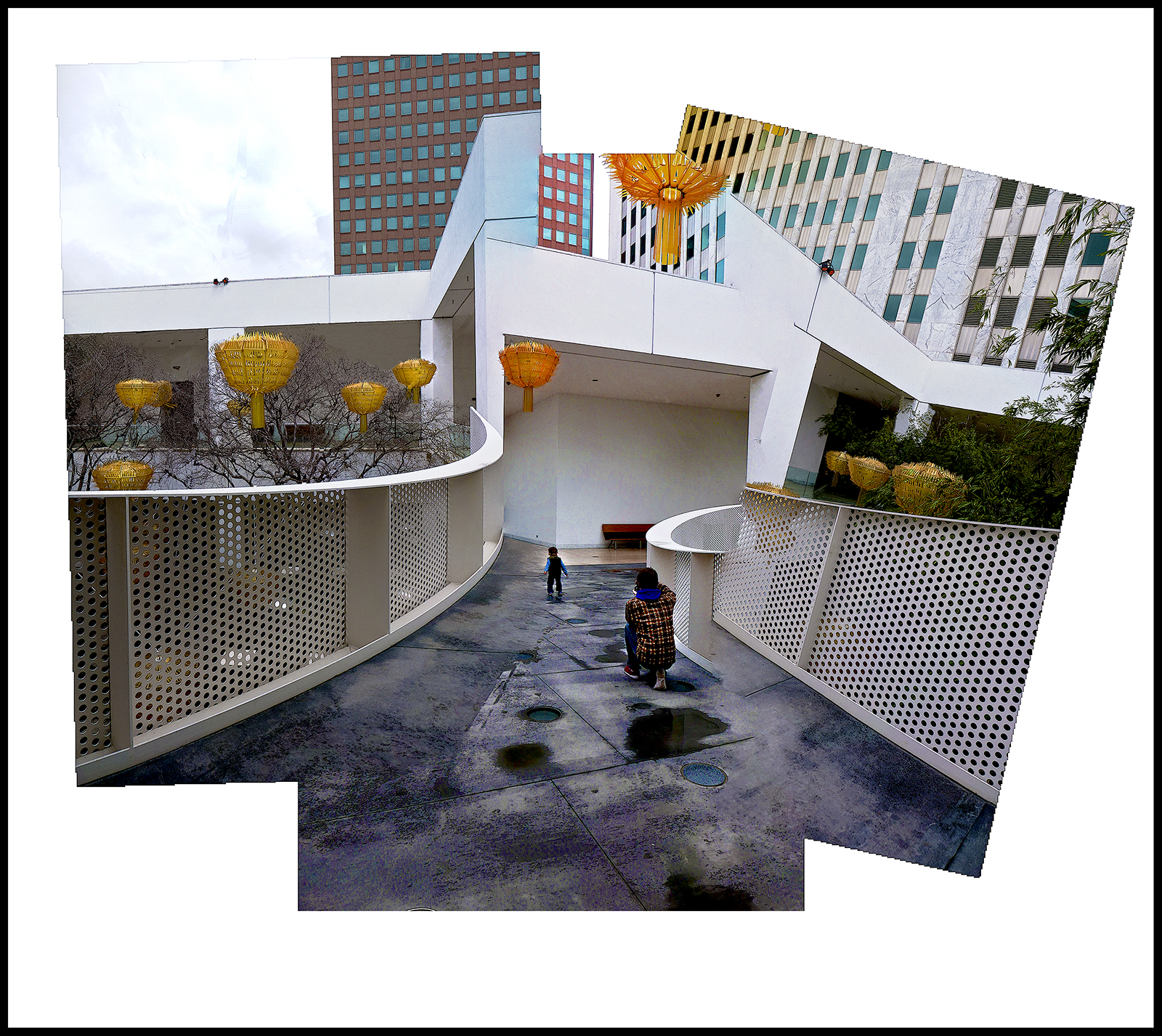 STREET PHOTOGRAPHY IN THE AGE OF PHOTOSHOP

“To be a Surrealist means barring from your mind all remembrance of what you have seen, being always on the lookout for what has never been.” – Rene Magritte

A style of art and literature developed principally in the 20th century, stressing the subconscious or non rational significance of imagery arrived at by automatism or exploration of chance effects, unexpected juxtapositions, etc. 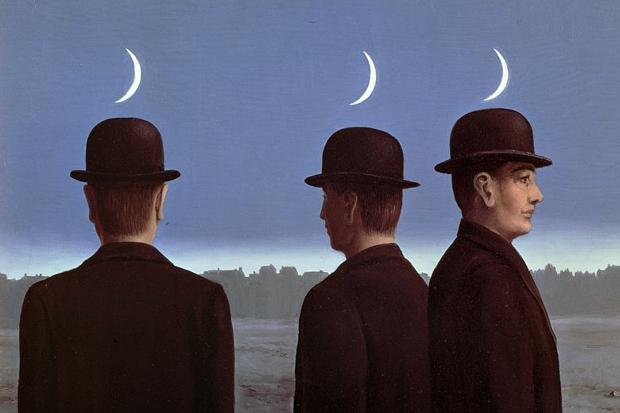 The Mysteries of the Horizon by René Magritte

A method of producing pictorial art in which the artist strives to allow the impulses of the unconscious to guide the hand in matters of line, color, and structure without the interference of conscious choice. 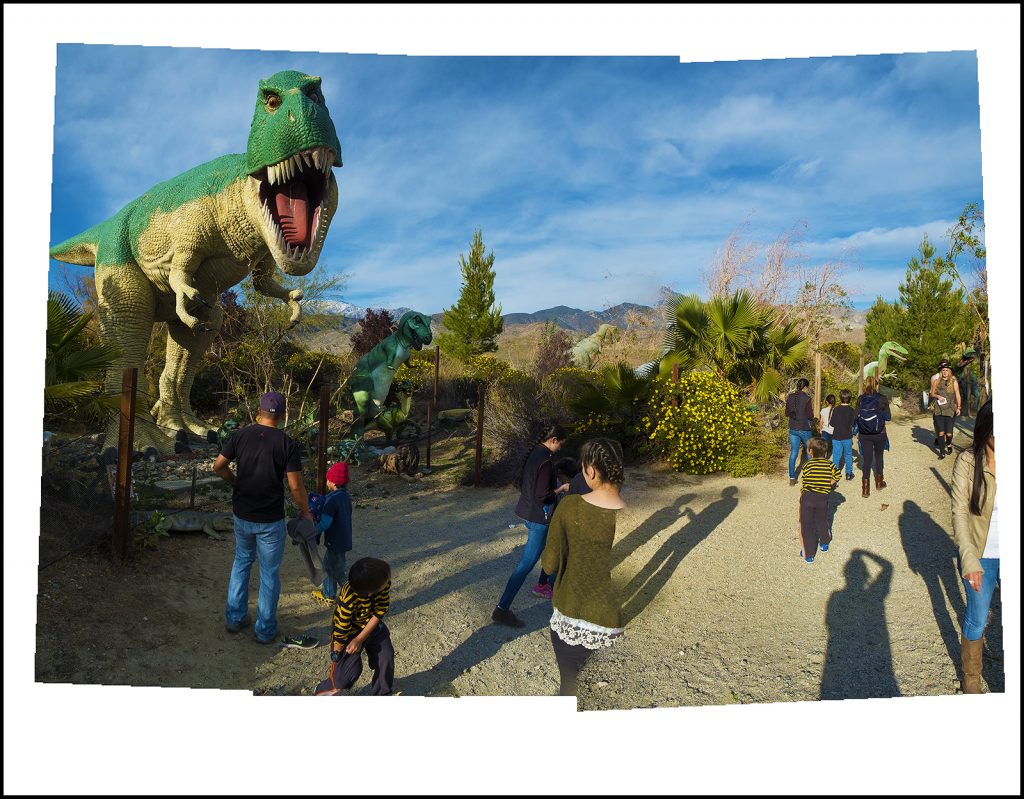 “Unscenes” are newly created, never existent moments consisting of more than one time at a place.

In the early 20th century, Surrealists found Leicas and Street Photography was born. I am a proud descendant of these pioneers. The shooting experience has always been as important to me as the final photograph. It’s when the light and the situation and the movements come together, as if guided, and I am allowed to trip the shutter. There is no guide though, just me trying not to be overwhelmed by the convergences. Cartier-Bresson, Kertesz, and Brassai all lived in this world. The decisive moment isn’t just about the action captured, but how all the elements complete the frame.

I spent my first 35 years in photography awash in silver, Dektol, and fixers. A medical situation in 2002, while somehow increasing my desire to create, restricted me to a desk with the lights on. Discovering and experimenting with Photoshop got me through that rehab year. 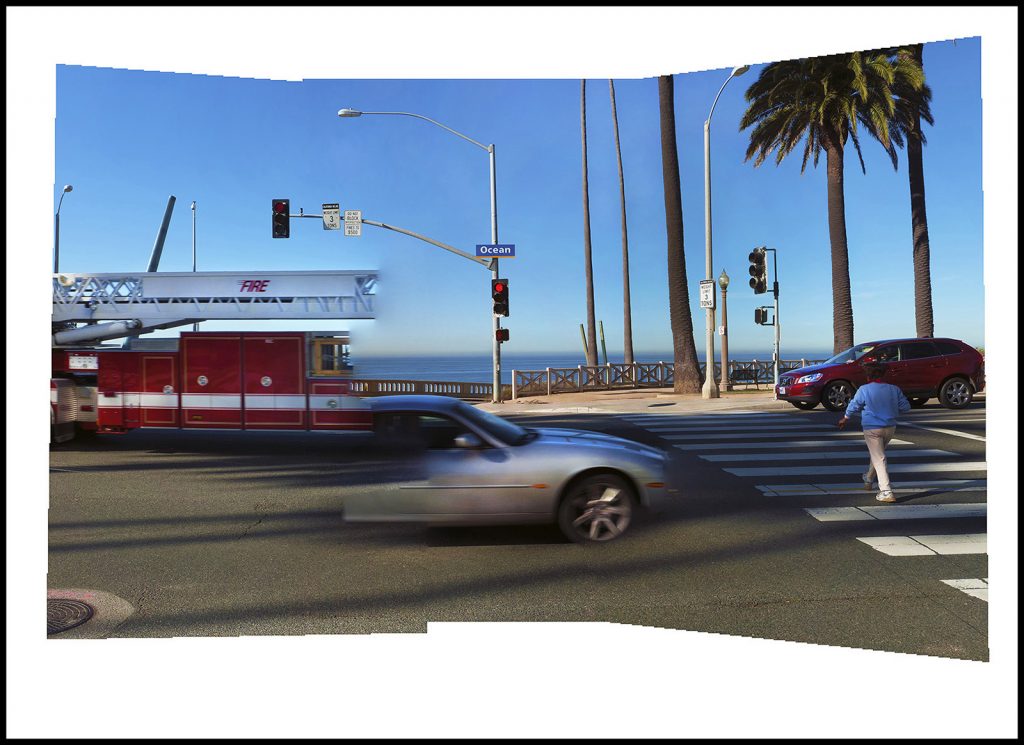 Since the 70s, I had been trying to produce a color print that would replicate the feeling I got looking at a Kodachrome transparency. None, including dye transfers, were satisfactory. Digital/Photoshop finally let me get the intensity, vibrance, and range of the Kodachrome. Black and white took 10 years to catch up. If you’ve ever had to etch a print with a scalpel, or worry about potassium ferricyanide, or had to explain a tongue black from spotone, it was now a five second process. A far more accurate burning and dodging system and higher megapixel files sealed the deal. 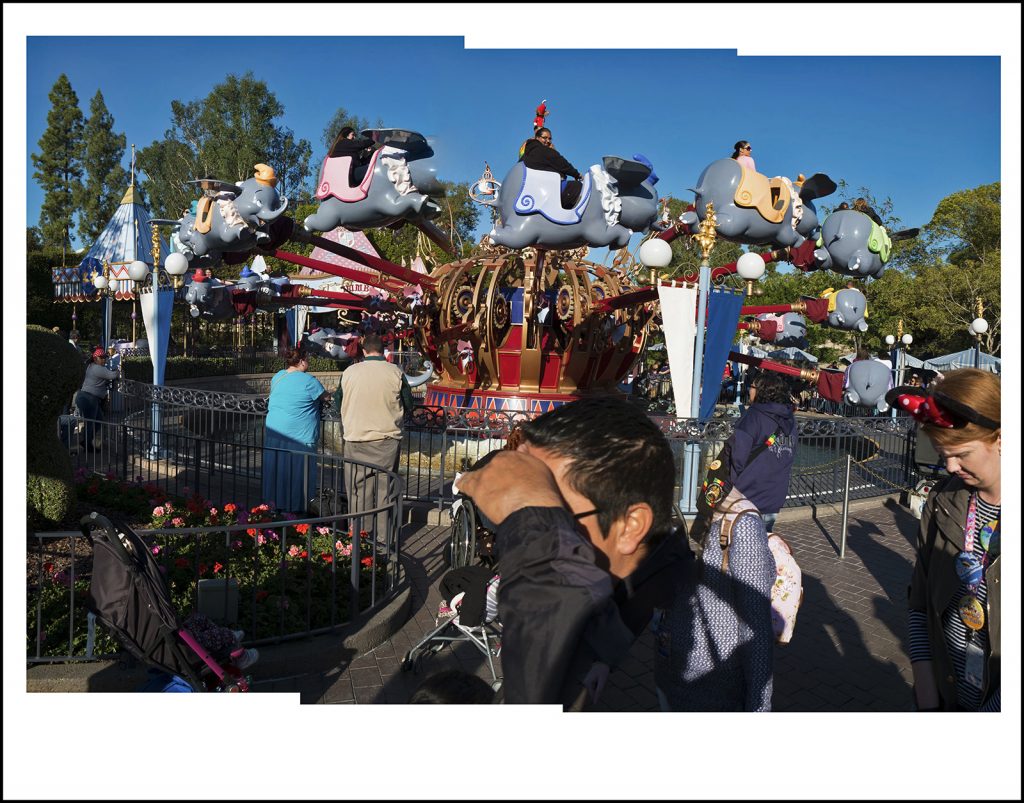 There were times in the darkroom, when enlarging an image for the first time, that you would watch it come up in the developer with a sense of anticipation. Sure it looked good on the contact sheet, but this would be the first time you would really get to see it. I can still remember specific images that even before I saw them in full light, gave me that chill. I get that same feeling the first time an “Unscene” appears on the screen out of the Photoshop dice cup. No two are the same shape or dimension. 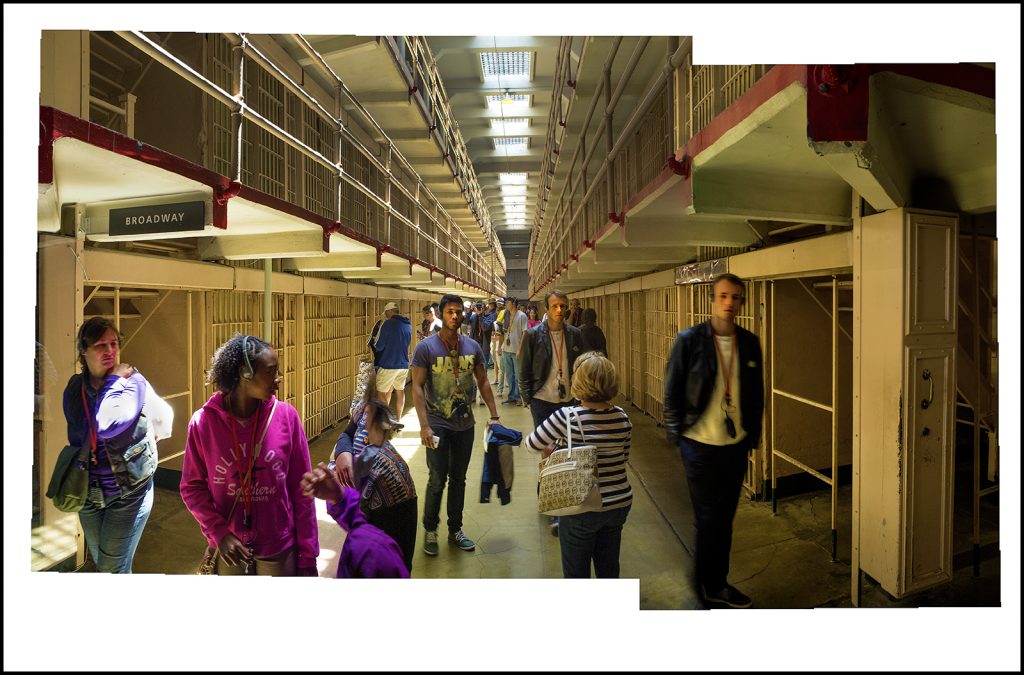 In addition to the processing of single layer images, I’ve always tried to have a more experimental approach to the program. The images that I see that are the products of the conscious use of layers are Frankensteins that have deservedly caused the word “photoshopped” to be an acceptable cultural slur. I use it to bring automatism to my “Unscenes”. I bring my original concept and the components and use the program as my dice cup, shaking it and tossing them on the table to see what I get. 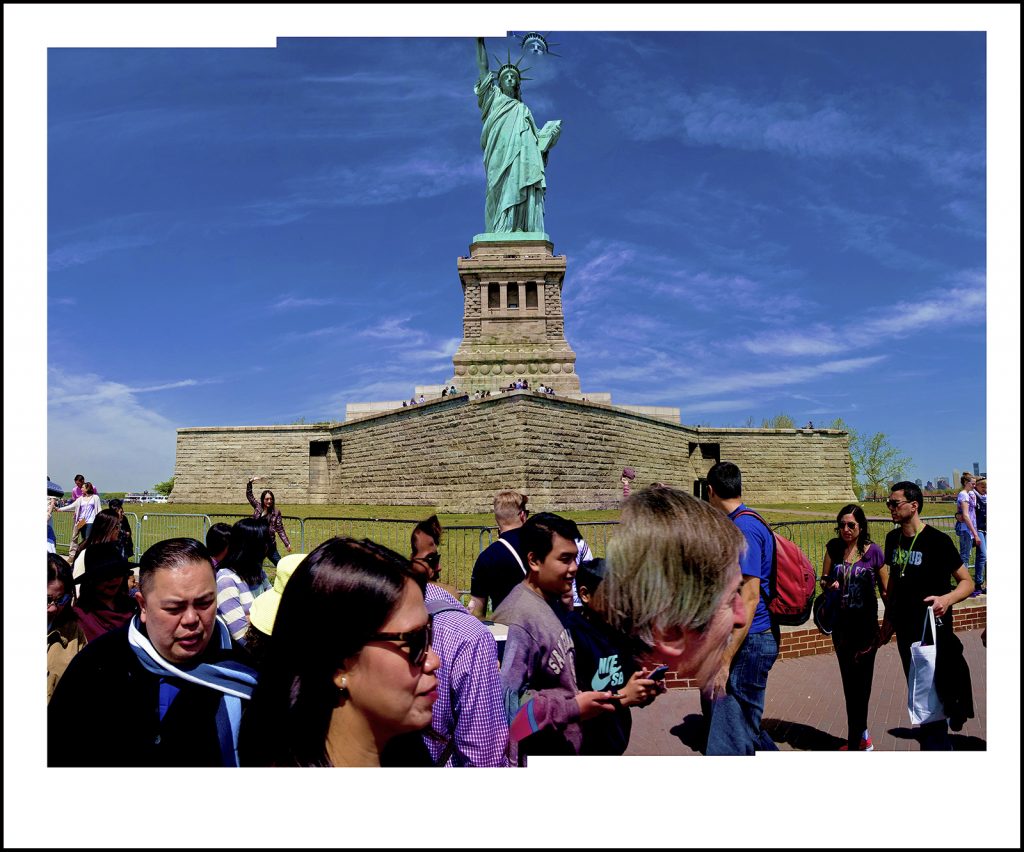 While I have never subscribed to the theory that dreams are the windows to the soul or the psyche, I do think they can be terrific moviemakers. When you dream of someone you don’t recognize is that someone you’ve forgotten, or are they bits and pieces of alot of people that you have met? I mention all this because some of the “Unscenes” come to me in a dream. “Dumbos”, “Alcatraz”, and “Statue of Liberty” all were seen first in a dream. The dreams show me where to go but I’m on my own when I get there. This leads to multiple scenes at the location. The final can have as many as 30 components to choose from and have a time span of 15 minutes. 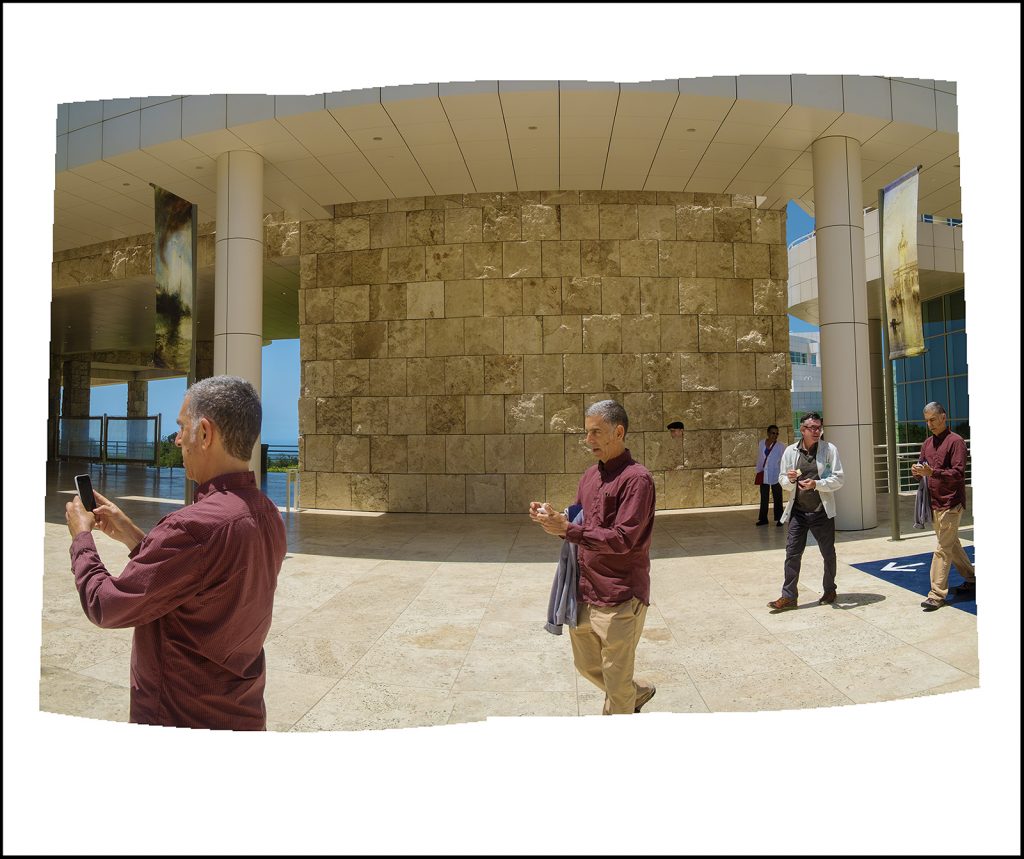 Others are of the unplanned variety. Scenes that appear when I happen to have a camera with me, or I use an iPhone. They are spontaneous and will only have 3 components and only a 10 second time span. I see where it starts, project where it will end, and wait for the elements to fall into place. There are no second chances. They are not always shot in sequence. Sometimes you compose in reverse, or center outward. “At the Getty”, “Hungry Horse Bear”, and “Interstate 15” are all products of this process.

The first one was “Ocean Avenue”. It was designed to be the opening image for a series “West of Ocean” which focused on a one mile strip of coast where Route 66 and I-10 end their journeys to the sea. I loved the different speeds and the ghosting contrasted with the casual way the man crosses the street. My guess is there is about a 10 minute time span represented in this image. It would be the last time I would use a tripod for the process. Taking the camera off the tripod moved the process into the realm of hand held street photography. While the mindset is similar to single frame capture, it requires a somewhat more expansive view. There are those that you need to be predictive, while others you have to be open to how the scene develops. 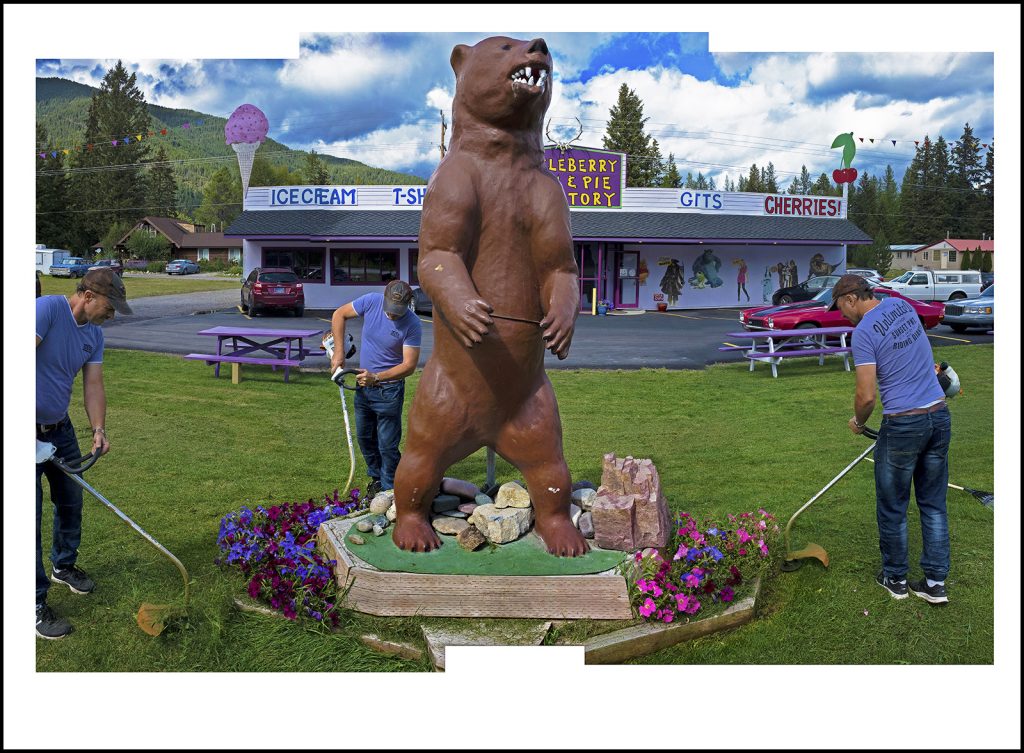 Once you get to the computer, it’s a matter of feeding in the components and seeing how many viable options you can coax out of the program. I stated that no two “Unscenes” are the same shape or dimension. At this stage no two options will be the same, and some can be drastically different. This is the stage I find to be the most automatistic (sic). Like the cut and paste writers of the 50’s and 60’s, randomness can often lead to surprising places. 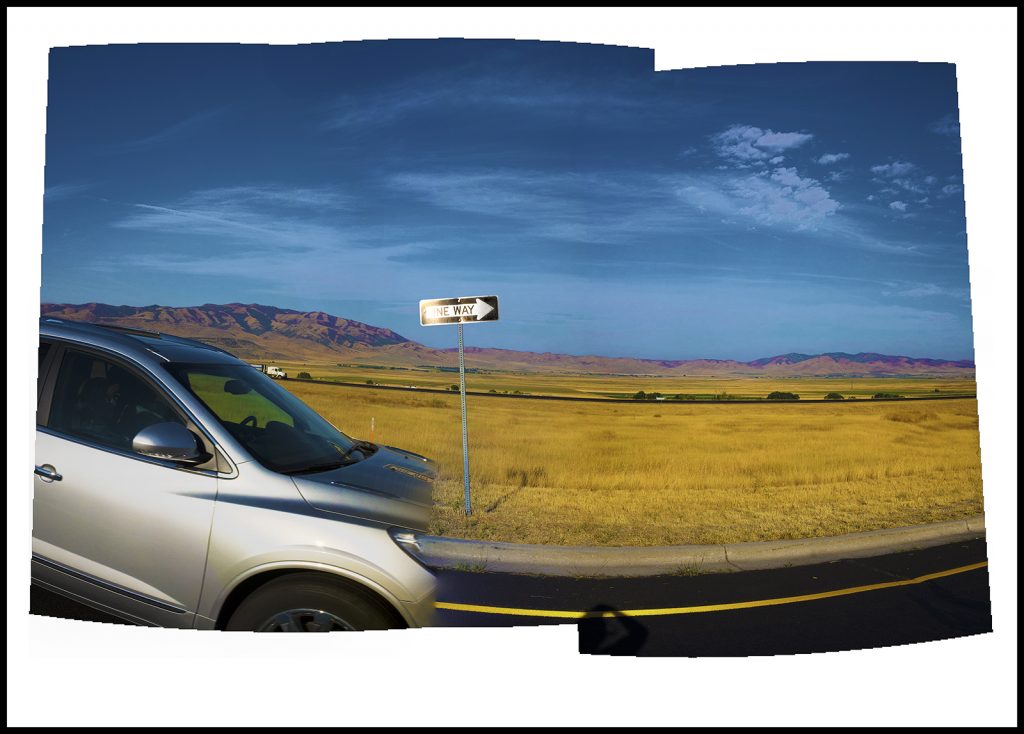 “The only reason for time is so everything doesn’t happen at once.” – Albert Einstein