How to travel and edit on the road

Last fall we took a long anticipated Mediterranean cruise. As I prepared for the trip, angst began to set in. I wanted to bring enough gear to capture every possible image but I also wanted to travel light. After all this was a once-in-a-lifetime experience and I was unlikely to return soon. I didn’t want to miss anything.

However, it was also an anniversary trip and I knew my wife didn’t want me to spend all of my time shooting. Like everything else in photography there are trade-offs.

Also the new baggage restrictions would make it difficult to carry all of the photo gear that I wanted to bring. I decided it was time to travel light. Time to be a minimalist.

Going Minimalist on the Road

On past trips I would take a backpack with my DSLR, multiple lenses, a laptop, batteries, charger and flash. I wanted to be prepared. But when I looked back on past trips I realized that most of the gear went unused. Escpecially the telephoto and flash. All of that equipment together weighs over 11 1/2 pounds (5.2kg). 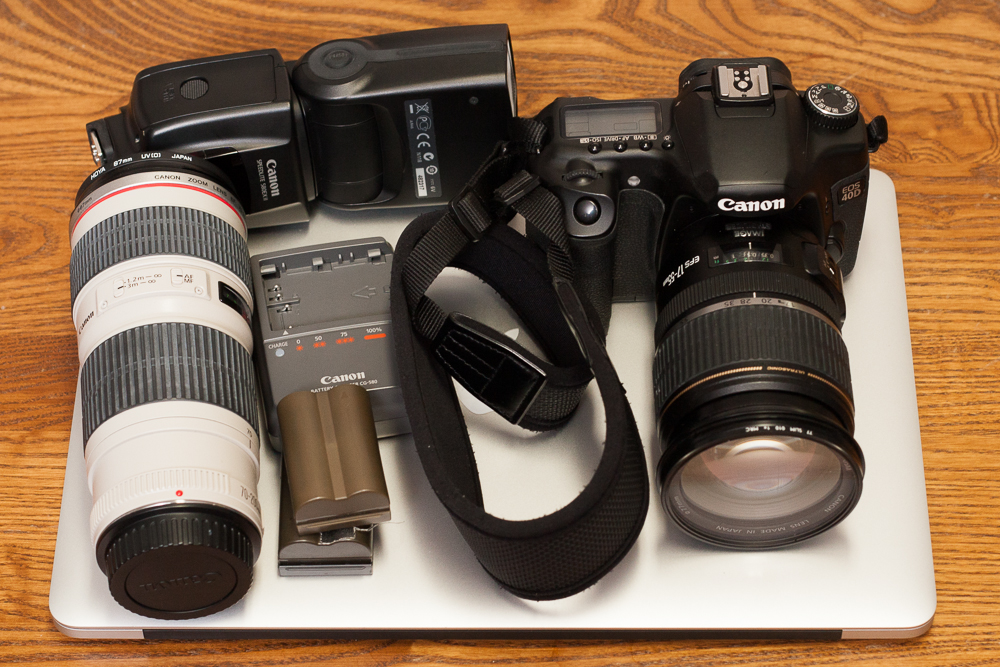 Several months before this trip I purchased the Fuji X 100 which was quickly becoming my camera choice. It’s high ISO performance is stellar, being much better than my aging DSLR. Its light, fast, unobtrusive and a joy to use. Although it had some quirky focus issues, I learned to overcome them with experience. For me, it’s an ideal street camera.

Taking only the Fuji, spare batteries, charger and an iPad my minimalist kit weighs in at a strapping 3.5lb (1.6kg) (same weight as my DSLR with lens) That’s because most of my travel shots are street photos. And I don’t need a big black camera with a giant honkin’ lens for that. 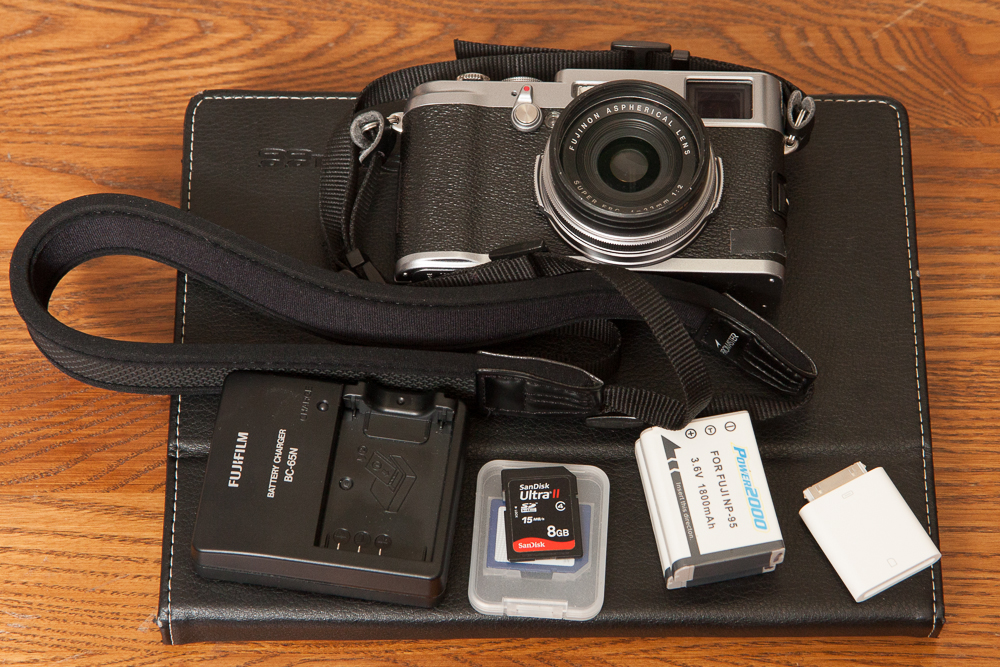 What were the trade-offs? By leaving the big camera home I would give up wide-angle shots and my long lens which which I rarely used while traveling.

Using only the Fuji does limit the types of shots I can get. On the other hand I gained high ISO performance, portability and the ability to be unobtrusive on the street. Those were tradeoffs I could live with.

Although I like to capture landscapes and cityscapes my primary interest is street photography. While others are taking photos of monuments and landmarks, I can usually be found turning my attention to the people. The Fuji is an excellent tool for that.

We planned to spend several days in Barcelona which is famous for pickpockets and petty thieves. A big DSLR with a giant lens is an inviting target. Decision made.

My next concern was backup and post-processing. In keeping with my plan to travel light, I wanted to leave the laptop at home and use only an iPad. This became more of a concern than using a small camera. Why? Storage space.

When I shoot with my DSLR I always shoot raw. But during my months with the Fuji I almost exclusively shot JPEG. I found the files to be very clean and when I’m careful with my exposure they rarely need much post processing. I realized that if I shot only JPEGs on the trip I would be in good shape.

To be safe, I did the math. I have a 64GB iPad 2 with over 32GB of free space. The average size of a JPEG file from the Fuji is 4.5MB. That means I can store 227 images per GB for a total of over 7,200. If I shot that many photos my wife would have pushed me overboard…so it was plenty of storage. I came home with about 1,000 photos.

Side note: I did have to purchase an additional 15GB of iCloud storage to allow for my photostream.

If you don’t feel like reading here’s an audio recording that discusses my process:

As a result of this trip and several subsequent short trips I have developed my own small camera/iPad workflow that’s begun to work pretty well. I will share them here. This is not meant to be a detailed discussion of any the elements just an overview of what work for me.

Before you travel make sure you have many memory cards. They are very inexpensive and light so it pays to have several available. As an option you can also use a portable mass storage device like the Digital Foci Picture Porter 35 or the Wolverine PicPac II to backup your images (there are dozens of options which will be discussed in a future article). I opted not to do that to save the expense and limit my equipment is much as possible. I have to admit this made me uncomfortable because I prefer to save my images in a minimum of three places. Because we were traveling by ship I had no [affordable] Internet access to save files to the cloud.

I know many will gasp in horror that I didn’t shoot RAW on this trip. Fortunately I had only a handful of images that I wish were shot in RAW so the gamble paid off (at least this time).

Editing on the Road

Beyond the photography equipment I also had to consider my editing needs. Normally when I travel I carry a laptop with Adobe Lightroom and Photoshop which enables me to do serious editing in the evenings. But did I really need to do that on the road? After all this was a vacation.

In order to stick with my plan to travel light I decided to leave the laptop at home and use only an iPad for editing. This caused more anxiety than my deliberations over the photography gear.

I love the iPad but it’s not really a serious editing tool, is it? Until this point I had never used it for editing photographs and wasn’t sure which tools fit my workflow. Several weeks before the trip I set out to identify the right tools and determine how best to use them while traveling.

Here’s a short video that shows how I edit using Snapseed:

Here’s the final image I edited in the video: 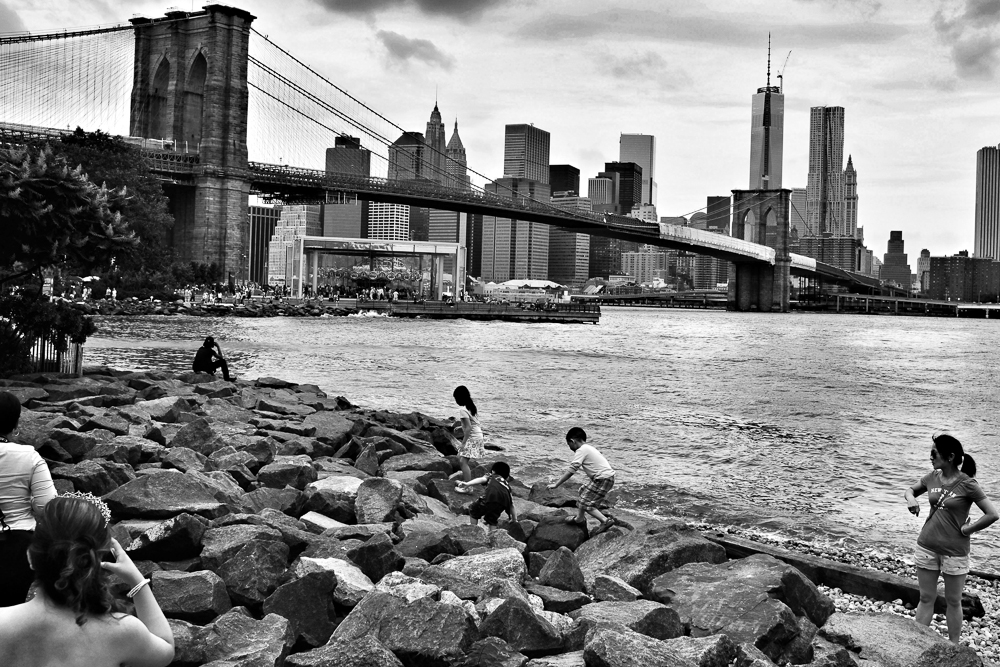 Even JPEGs are pretty large so you may want to resize on your iPad before sharing them online. Here’s how I do it:

When you return home, be sure to upload the images from your cards to a computer as soon as possible. You can’t be too careful with any form of digital media. Then be sure to import any edited photos in the Camera Roll on your iPad. I have a folder titled iPad Imports within Lightroom where I import all images that I edited on the iPad.

Here’s a short video that shows how to import images direclty into Lightroom from your iPad:

While the lighweight editing software on the iPad is limited compared to a real computer, it’s form factor lends itself to a more causal editing experience that encourages creativity. Knowing that I’m “playing with” a copy somehow gives me permission to sit back and experiment. The result can be a happy accident.

I learned that limitations can be liberating. Having only one lens choice forces me to work within its capabilities and not worry about anything else. It frees me to explore the capabilities of what I have and not worry about the things that I don’t. Since my experience I’ve used my DSLR less and my Fuji more. I rarely miss the different focal lengths.

Many photography instructors encourage students to use only one prime lens. For years I ignored this advice but having forced myself into it, I see the value. Using only one lens forces you become very familiar with what it sees and what doesn’t. You no longer have to think you just do.

In summary it was a pleasurable and liberating experience (plus my wife is happier). My back doesn’t hurt from lugging equipment I don’t need. I was free from the need to find a use for everything in my bag.