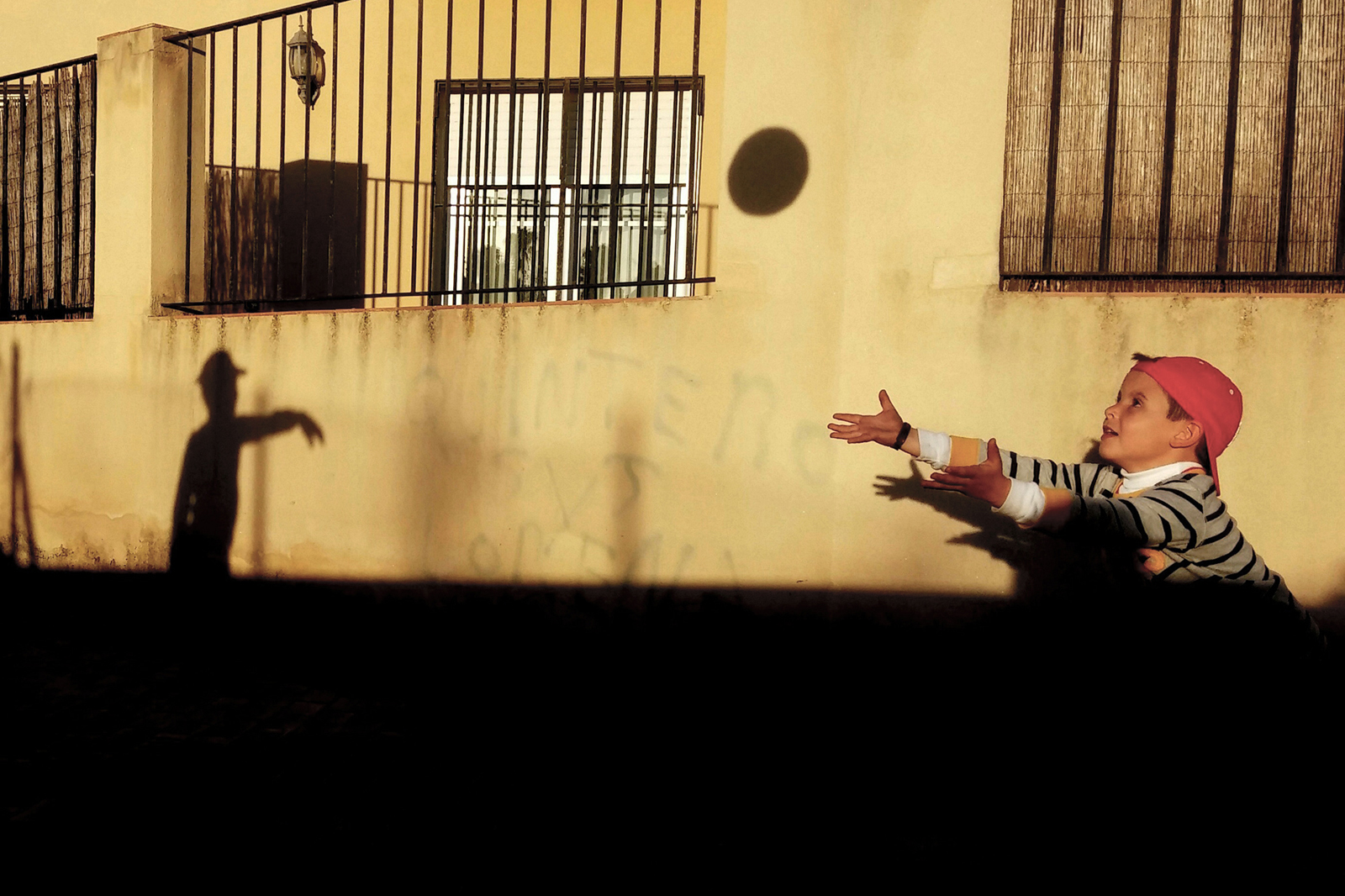 I started this project in April 2015 and I still have not finished it. In it, I was inspired by authors like Alex Webb or Gruyaert, in relation with their magnificent use of shadows and backlights. Another author whose work I really enjoy is Trent Parke, for the way he is able to play with light in his photos. As I began to like these types of photos, they ended up captivating me. I do not currently have a date for my project’s conclusion. In fact, lately, I’ve made fewer photos of this type, because I am working on practicing other types of street photography and I need to leave my comfort zone continuously. However, this allows me to be more selective when I choose the pictures I incorporate into this particular project. 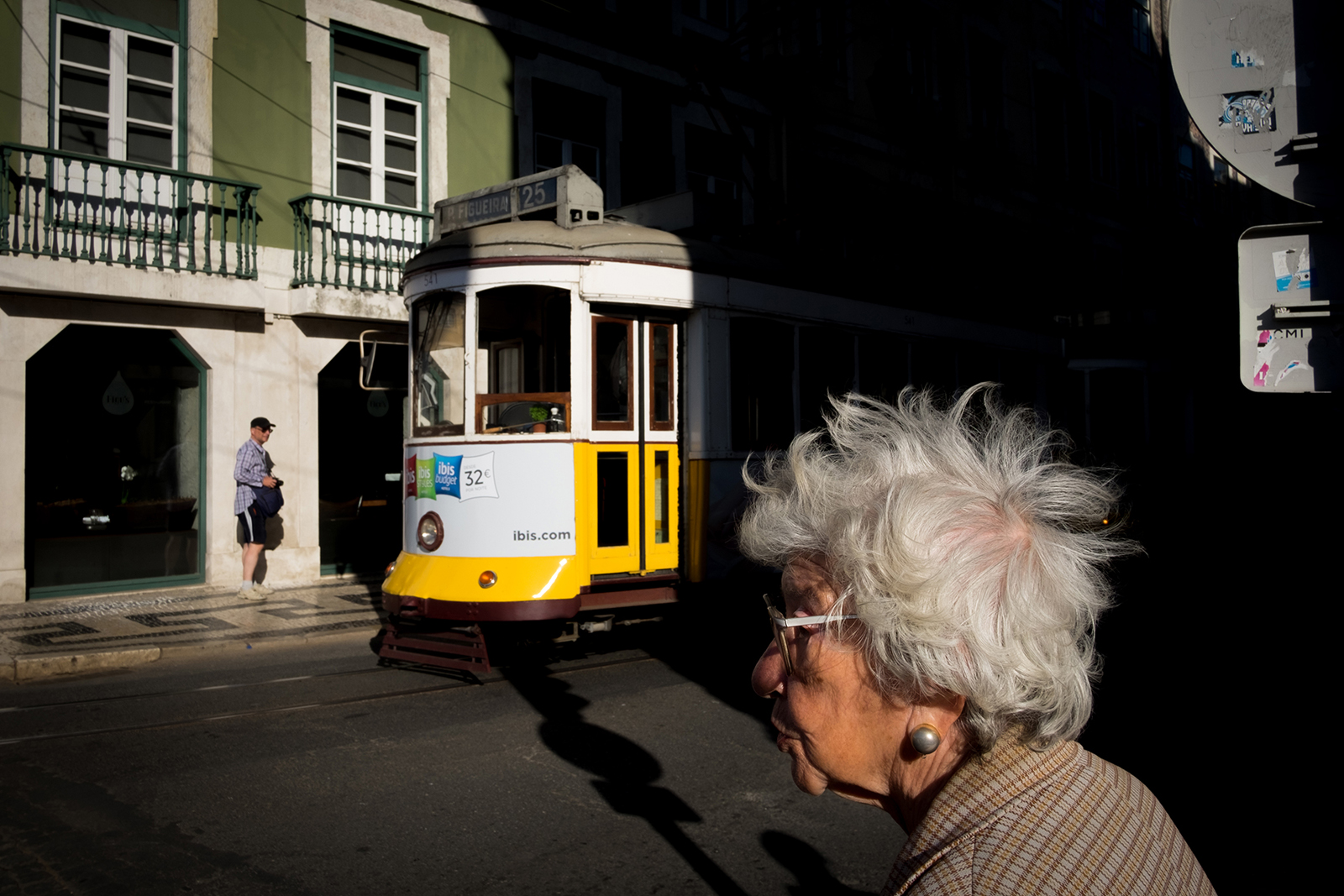 The photos that initially made up this project were taken in my hometown, Sanlucar de Barrameda, and later in Cádiz, both towns of Spain located in the “Costa de la Luz”: a geographical location where we are lucky to have many hours of sun . Hence the name of the project “Transits by light”. As the sun enters the narrow streets of these cities, geometric shapes produced by lights and shadows appear. That is when I wait for someone appear or some type of action, for example, the simple passing of a dog, to work the scene and capture the desired image. 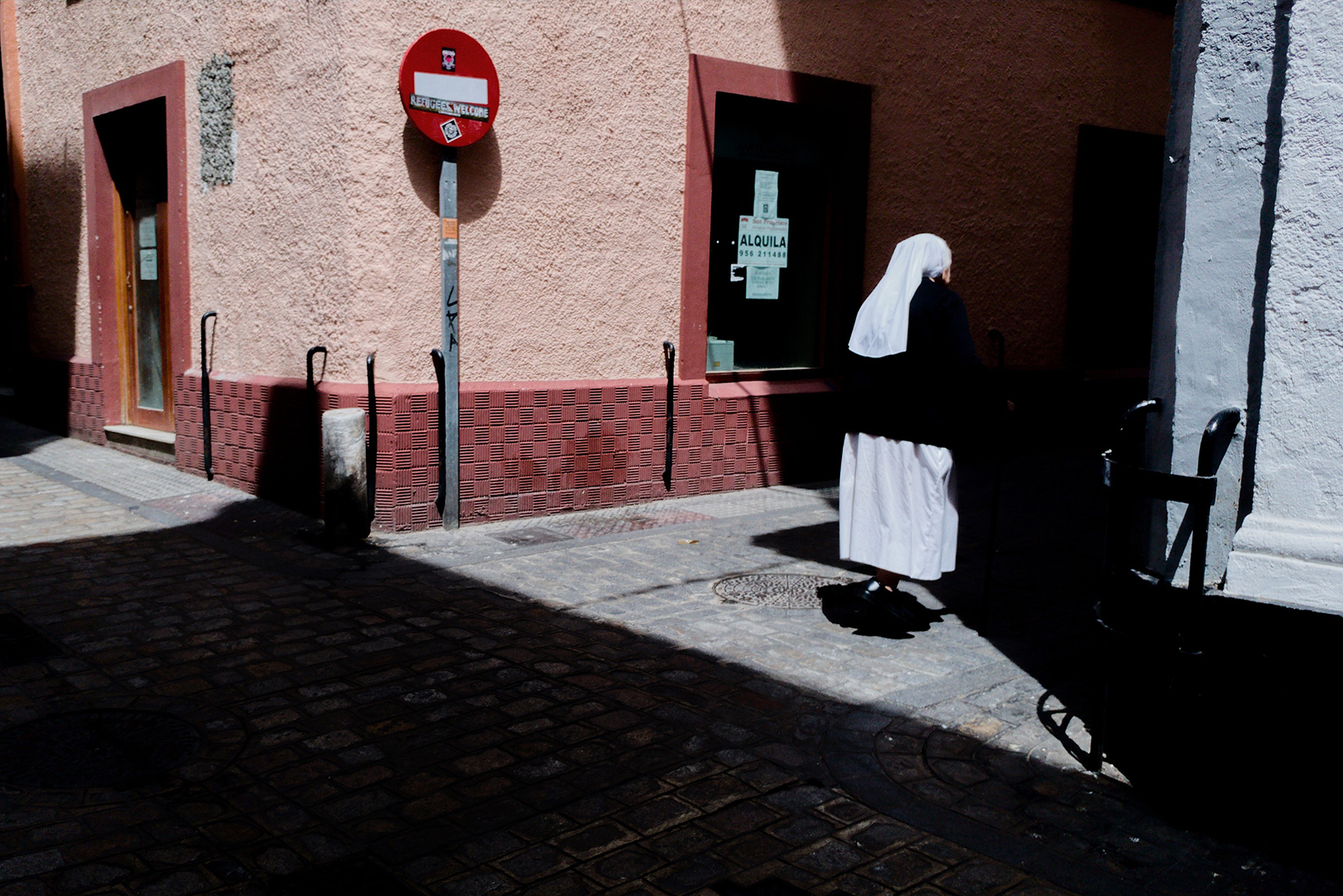 Besides, in June 2016 I had the opportunity to travel to Lisbon, and I was very surprised by its light at sunset, a very warm and beautiful light. All this together with its people, its buildings, its surroundings, made me introduce some images of this beautiful city in my project.

This special light that we have in the south of Europe makes some of the photographers of the area, such as Anibal Caceres, Antonio E. Ojeda or Jose Antonio Silva, practice this kind of very sensorial photography. Perhaps central or northern Europe do not have this warm light, which is why street photographers in those countries pursue another type of photography in their streets. 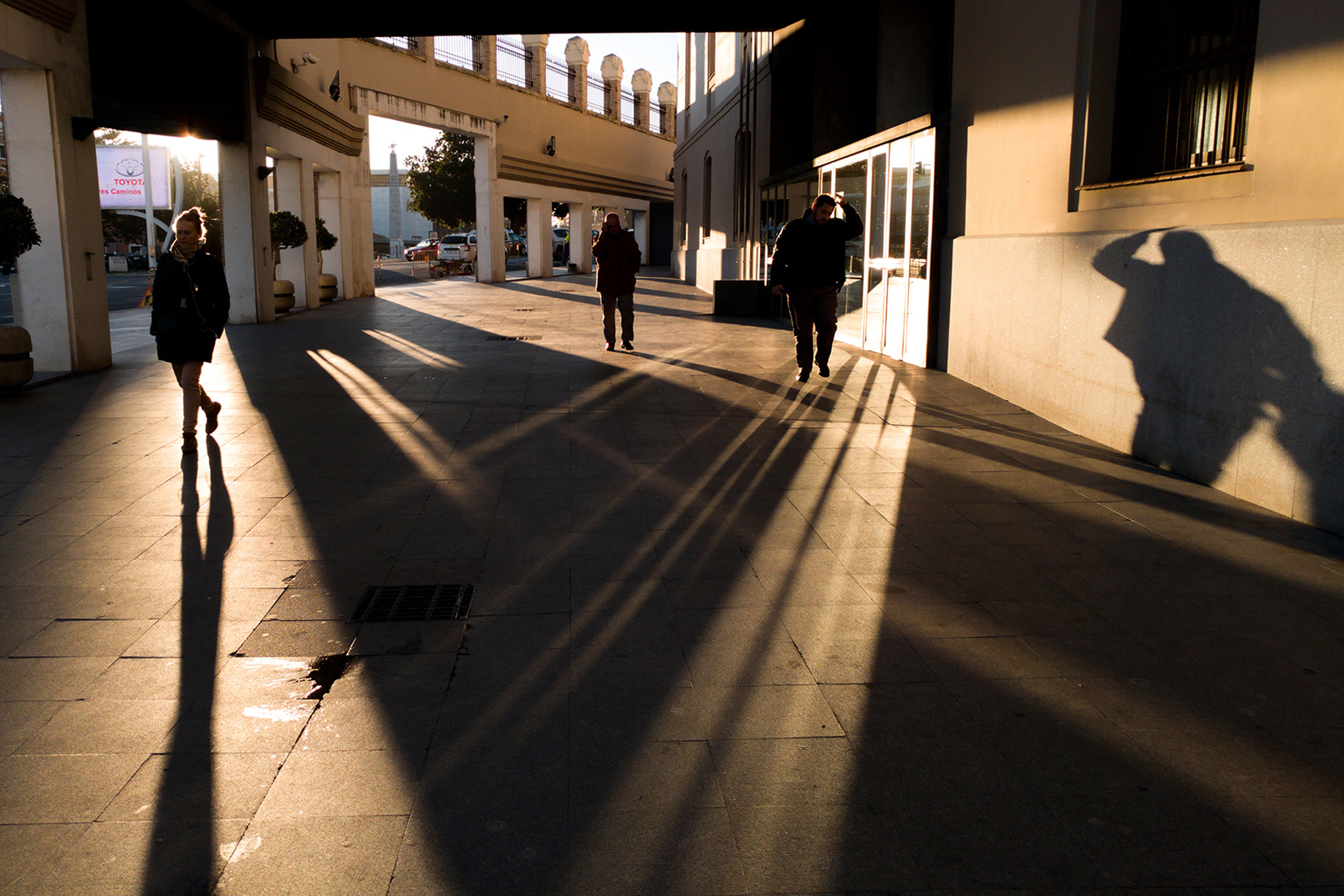 It’s a lot of fun for me to take these kinds of photos from the street. First I look at the shapes generated by the lights and shadows, I study the backgrounds, the possible color combination, I think about the framing, and then I wait for something of interest to happen for me: someone to pass, someone to stop, some kind of connection, some peculiar shadow, several stories. I like to stop to think about them, and to have enough patience until what I thought about happens or something else that is interesting, although many times I leave without the desired capture. It’s a matter of coming back another day and trying again. 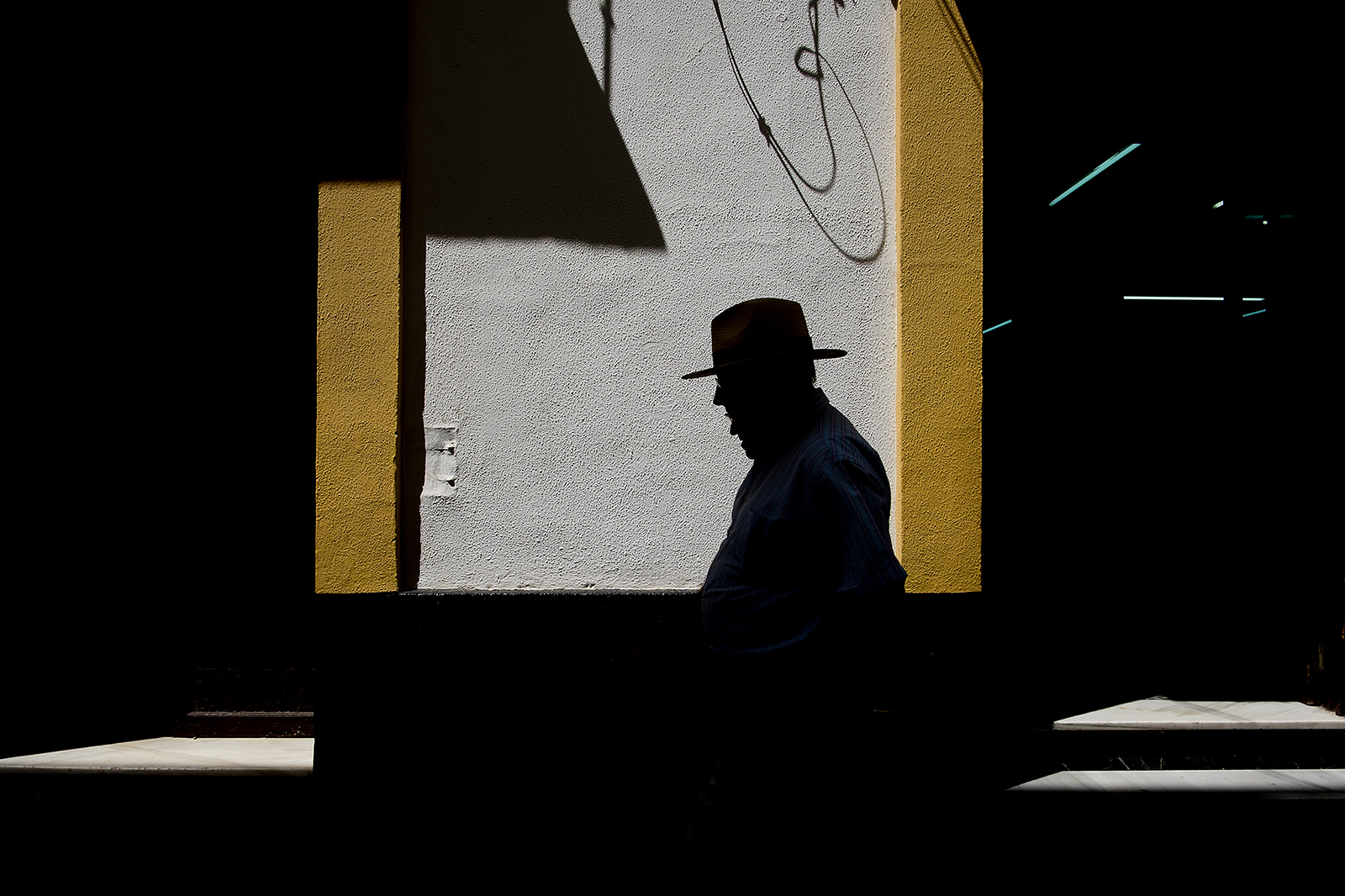 On the other hand, I like to incorporate people with a peculiar appearance that gives the capture another perception: old people, people with hats, cigarettes in the mouth, which provide greater visual appeal. Certainly, the perception of each photo changes from one observer to another, because each of us has developed throughout his life his own psychology. Each person reads an image in a different way, hence the greatness of the photography.

I usually underexpose almost to the maximum, and this allows me to obtain darker shadows, which I finally potentiate with slight editing until obtaining the desired result. I think that street photography should not have much editing, because it could be detrimental to the naturalness of the shot. 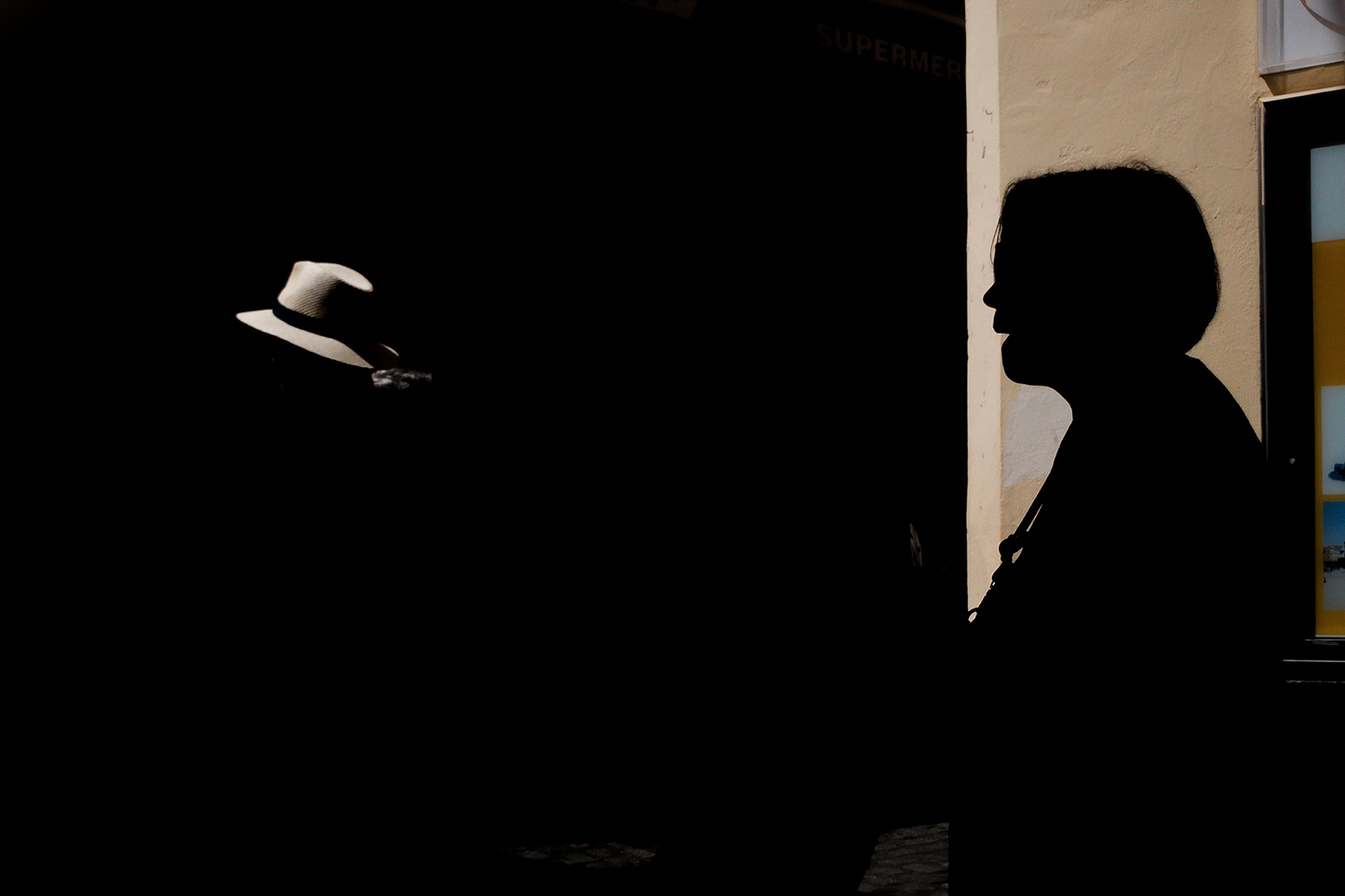 In my last shots I am trying to get two or more layers, so that there is harmony between those layers and the lights and/or shadows. Getting a good combination is a difficult task, but it is a good way to practice and improve. I need to work more in this sense, because it makes me more selective. 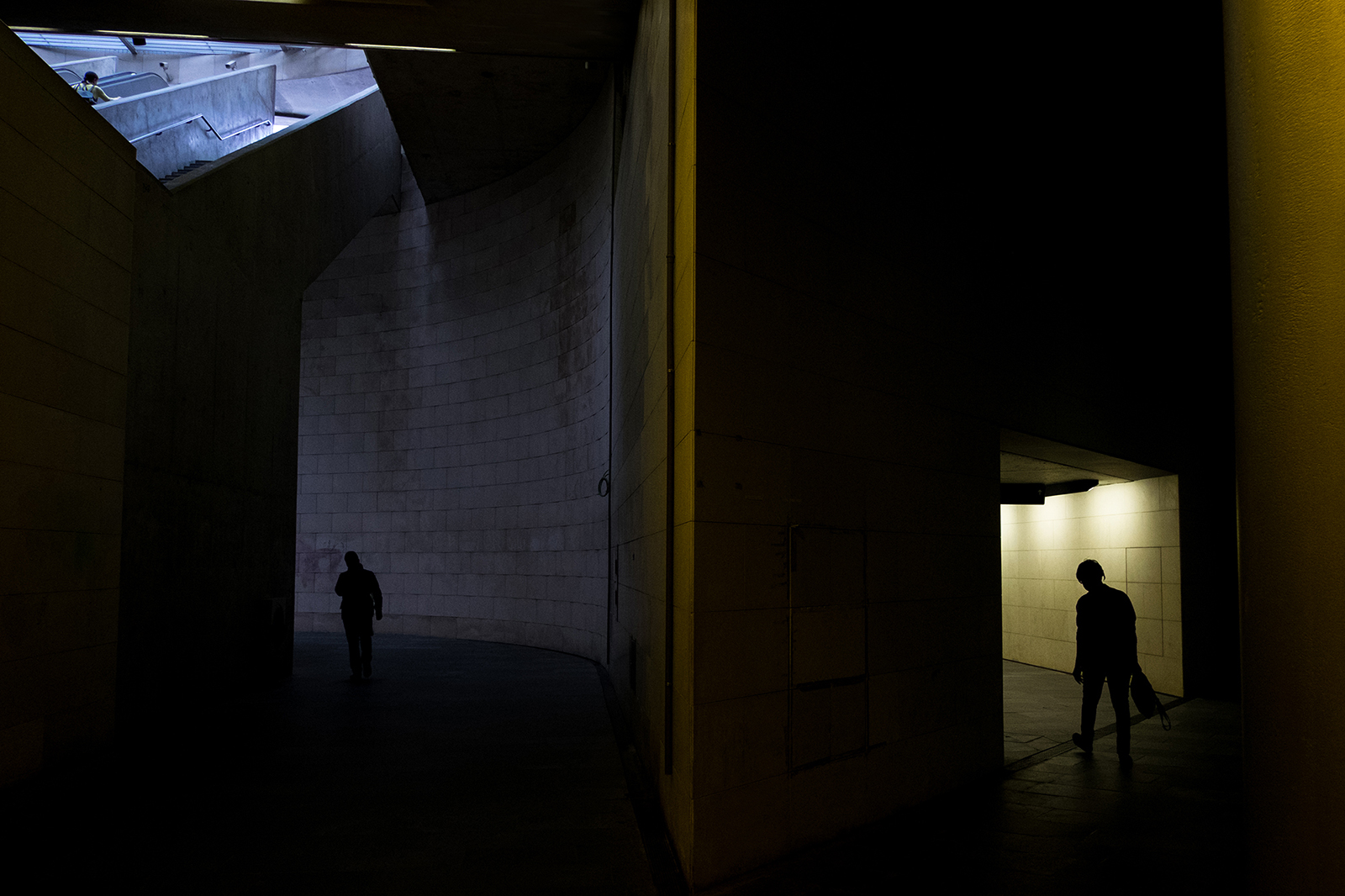 And when something happens that I like and I know I have a “good” photo, I usually stop working the scene and usually continue walking to another place. That is a rewarding moment!

Although I will not deny that I was lucky with some shots, such as when I took the photo of the children playing with the ball, I was surprised to see the shadow of it in the column, and that generated that curious visual effect. As they say, luck is only found if you look for it.

I think a street photograph, as a unique work, should work on its own, but I also believe that a project where there is a connection between your photos may also be correct. It also forces you to look for new things so you do not always get the same pictures. That is why it is important to share your work and learn to receive a possible constructive criticism, so that you can continue to learn. 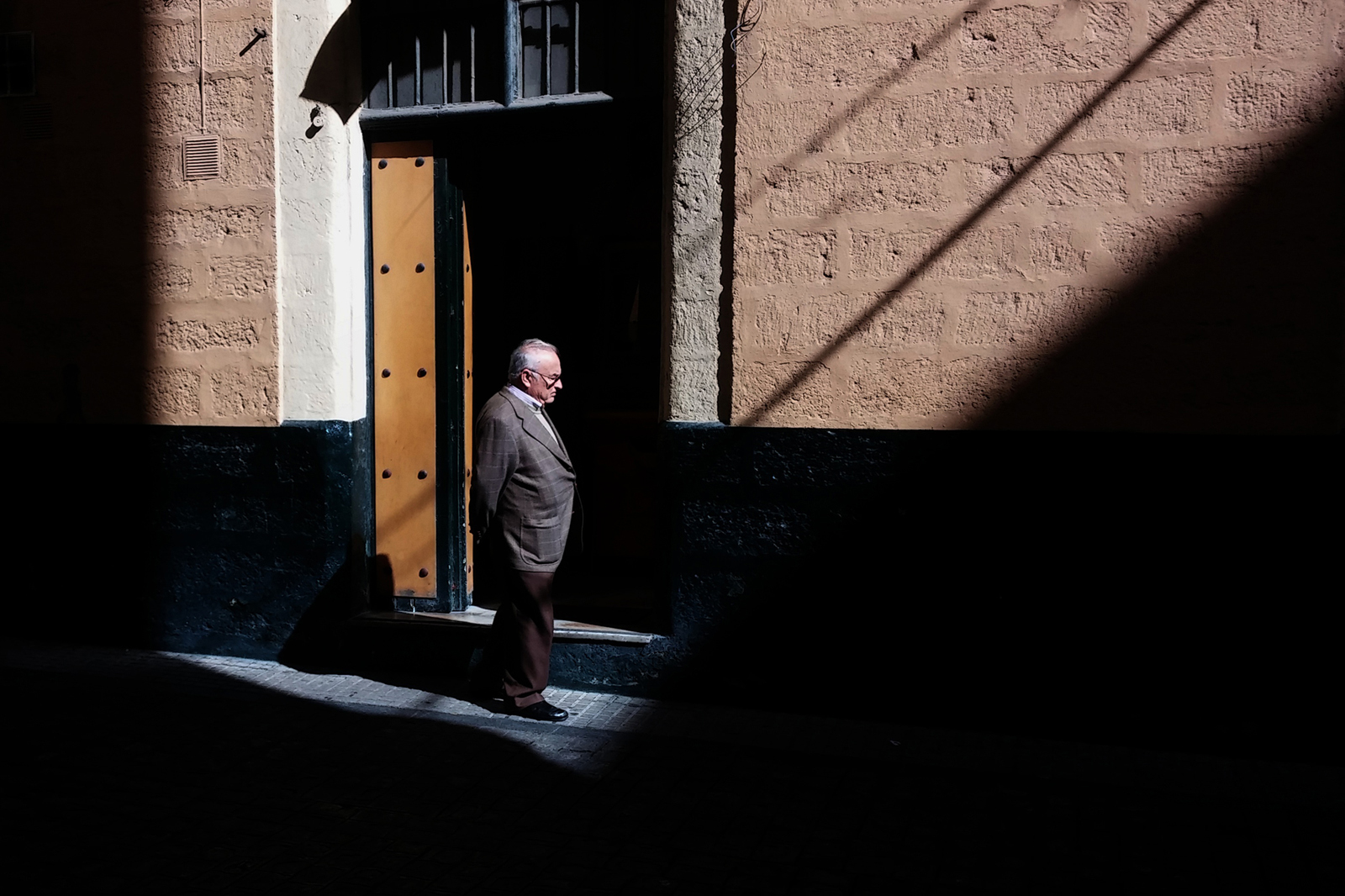