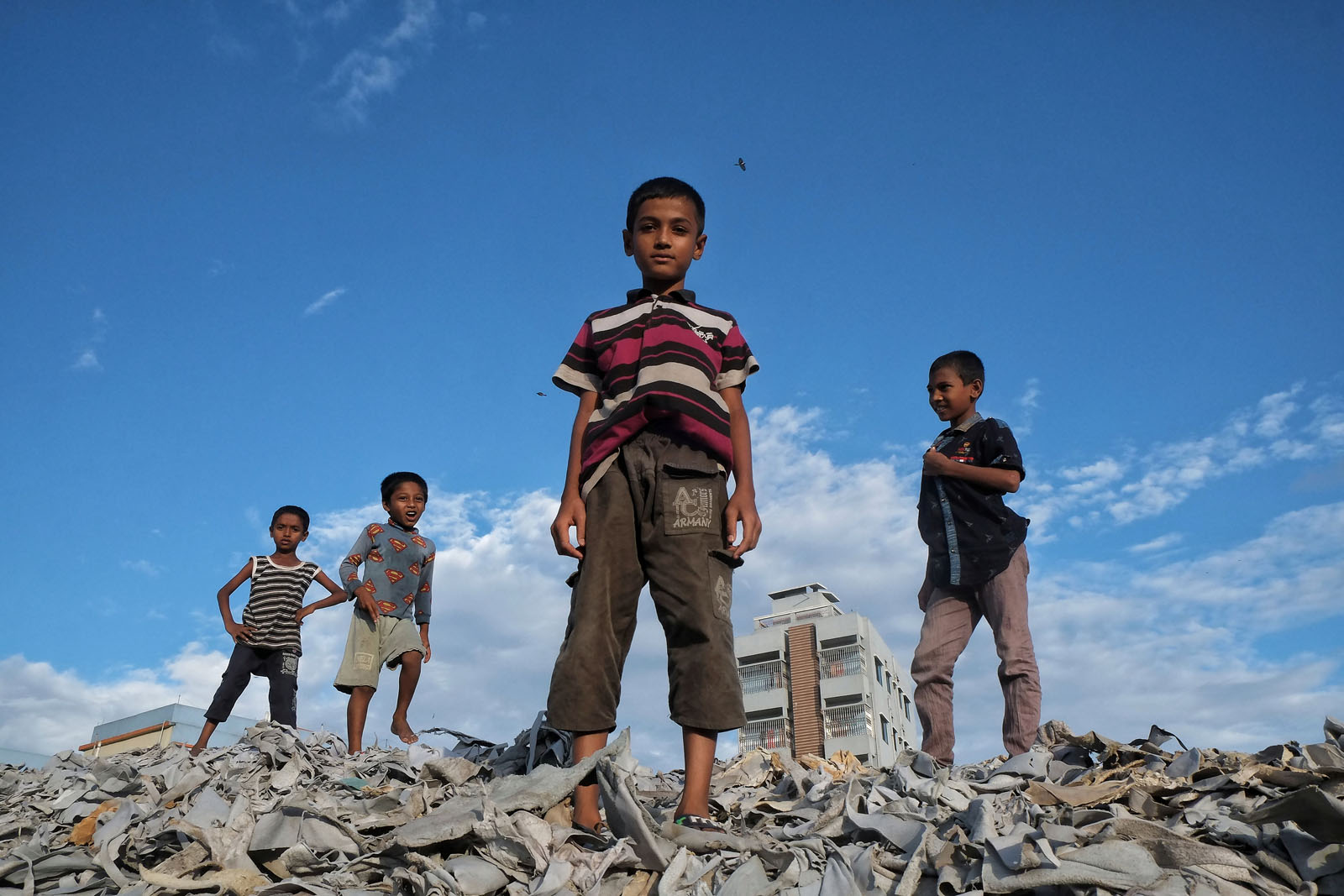 My name is Saiful Amin Kazal and this is my story, or at least part of it. I was born in 1969 in Dhaka, Bangladesh. I am an amateur photographer and I have been doing photography since the 1980s. Professionally, I work for a construction company.

The Pilkhana Tragedy, My Tragedy

One day, February 25, 2009 to be exact, I was on my way to work when I got trapped at the Jigatola bus stop, which is located very near to the BDR (now renamed BGB or Bangladesh Border Guard) number four gate. Chaos erupted when people began firing guns into the open spaces, people were running all around with heavy machine guns and Chinese rifles. I had a Sony digital pocket camera in my pant pocket that I used to carry with me at all times and I was taking pictures of them running and getting close to the gate, when suddenly a bullet from one of the Chinese rifles shot me down. The bullet hit my left leg just above my knee and I was taken to a government hospital quickly by some people around the area. My leg was shattered into pieces and my sciatic nerve was seriously injured. That day was the day of the Pilkhana Tragedy, sometimes called the BDR Mutiny or the BDR Tragedy.

From 2009 to 2011, I underwent seven major operations and I even went to the well-known CMC Vellore Hospital in India in 2012, but nothing good came of it. For four and a half long years (until 2014) I was confined to bed rest. Those were years of severe frustration, both physical and mental. I have a family to care for, a wife and two children and being incapacitated added the burden of financial crisis to my life. Worsening my distress, around 2010 my hard drive crashed and I was unable to recover my photos – images I had taken from the 80s all the way until 2009. It’s no exaggeration to say those were dark times that marked a turning point in my life, one that has brought my family many new and difficult challenges.

With time, I learned to walk again, at first needing the aid of two elbow crutches. Now, I can walk with the aid of only one elbow crutch and a leg brace. Something that helped me to overcome my frustration was photography. When I was able to begin working again, I also began taking photos again – this time with my very first DSLR camera, a Canon 400D with an 18-55mm lens. The camera belonged to my elder brother who was a famous sports photographer. 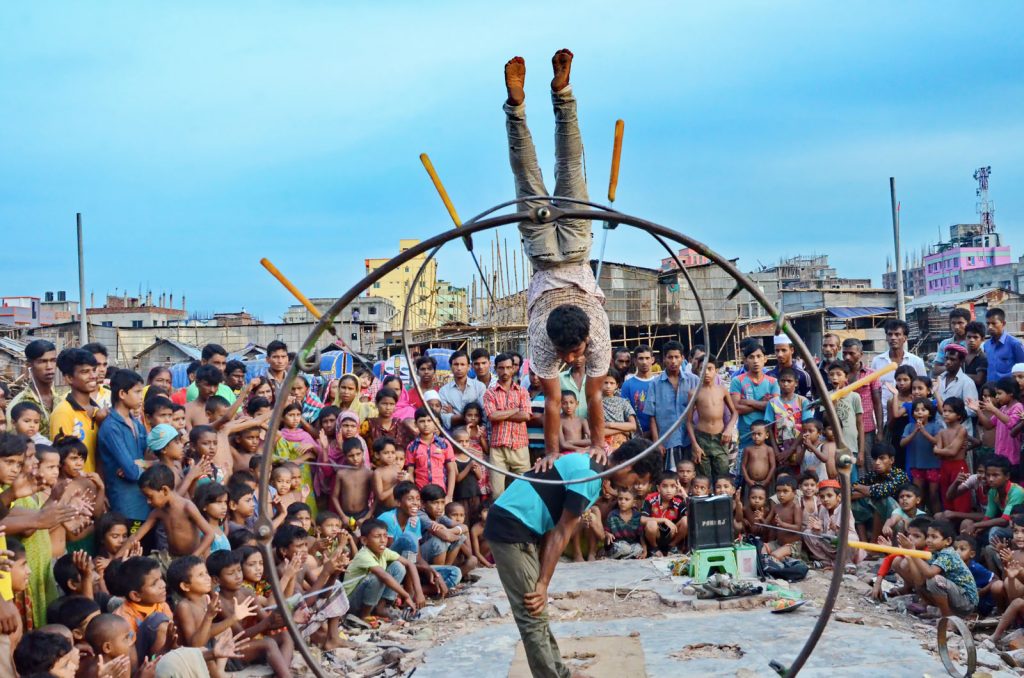 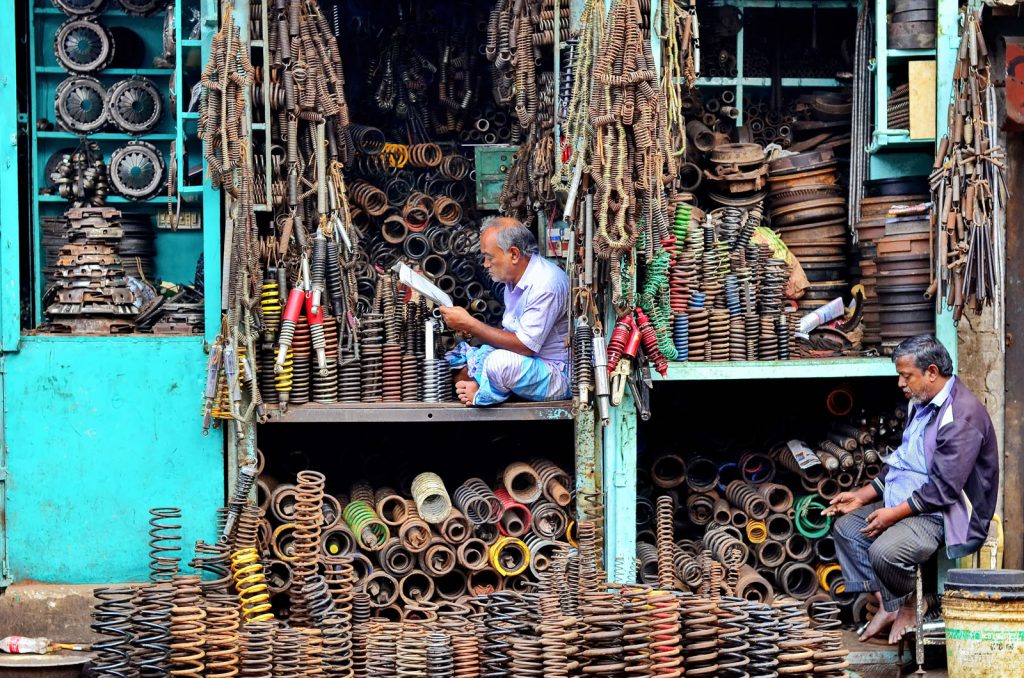 That marked a second chapter of photography in my life. Despite the terrible leg pain I experience, I began carrying my new camera with me again at all times, just like I did with my small pocket camera. Honestly, photography is my best inspiration and sometimes it brings me such joy that I can almost forget about all the things in my life that I’ve lost. 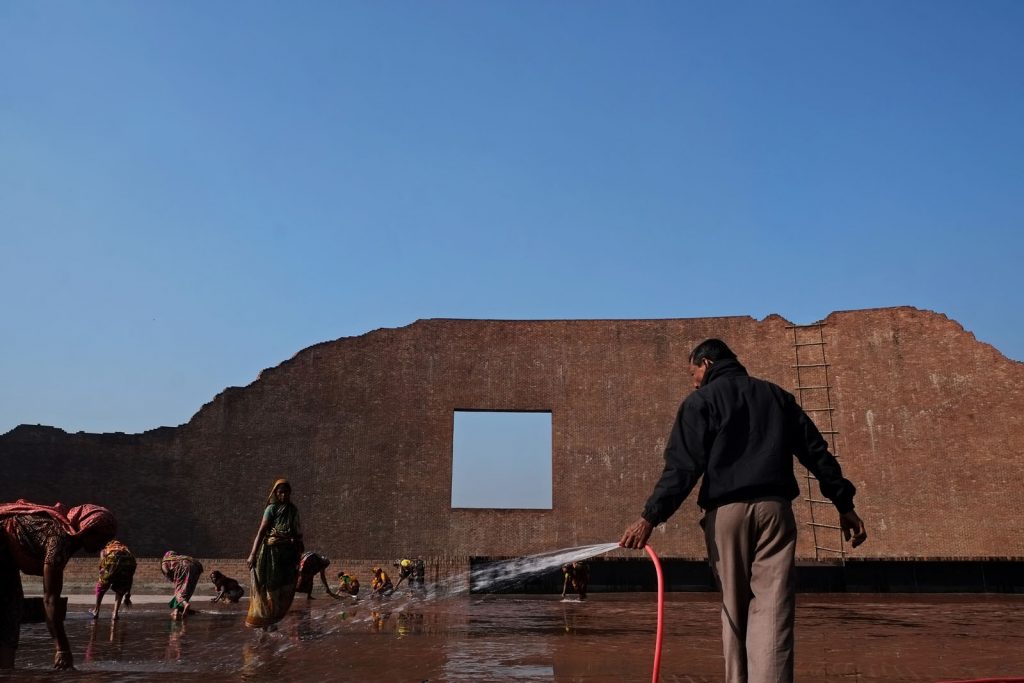 A Passion for Projects

I love a wide variety of photography styles and regularly shoot street, lifestyle, portrait, documentary and festival photography. And I love working on my own personal photography projects. Beginning in 2017, I started working on my Dalit Colony project. In 2018 I did a 365 project taking photos every day of the year. I am also working on a project I call Dhaka Camp Life, which deals with stranded Pakistani (Bihari) people in the Geneva and Mirpur Bihari camps. I am also working on a couple of documentary projects about tannery, recycling plastics and more. In late 2017, I felt that I needed to create a body of work that will remain as my “signature work” and so I started another project that I am still currently working on. 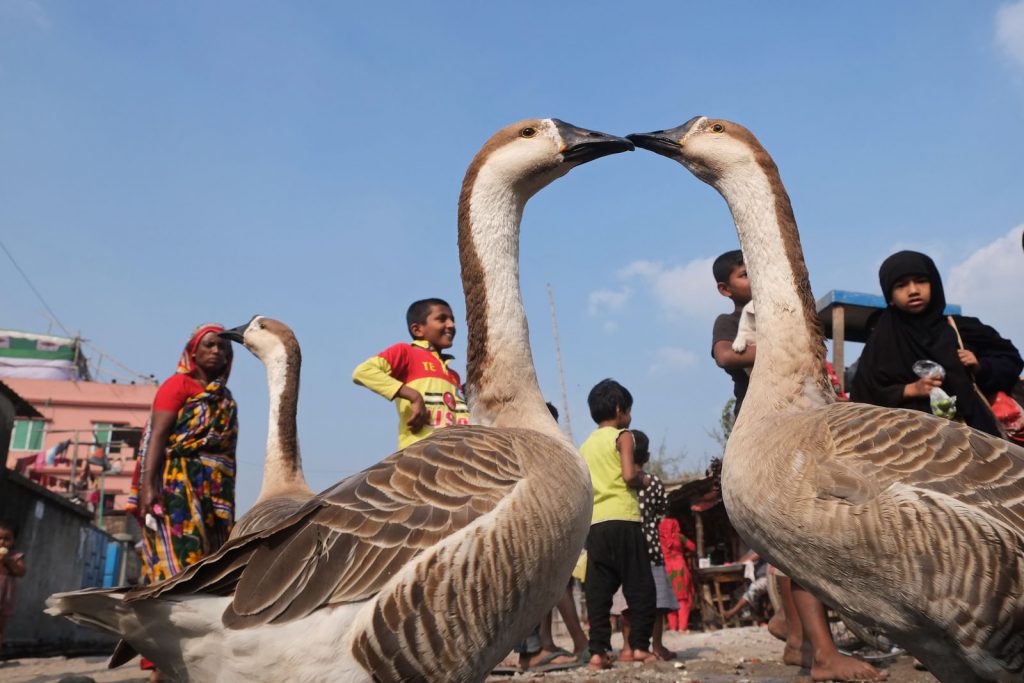 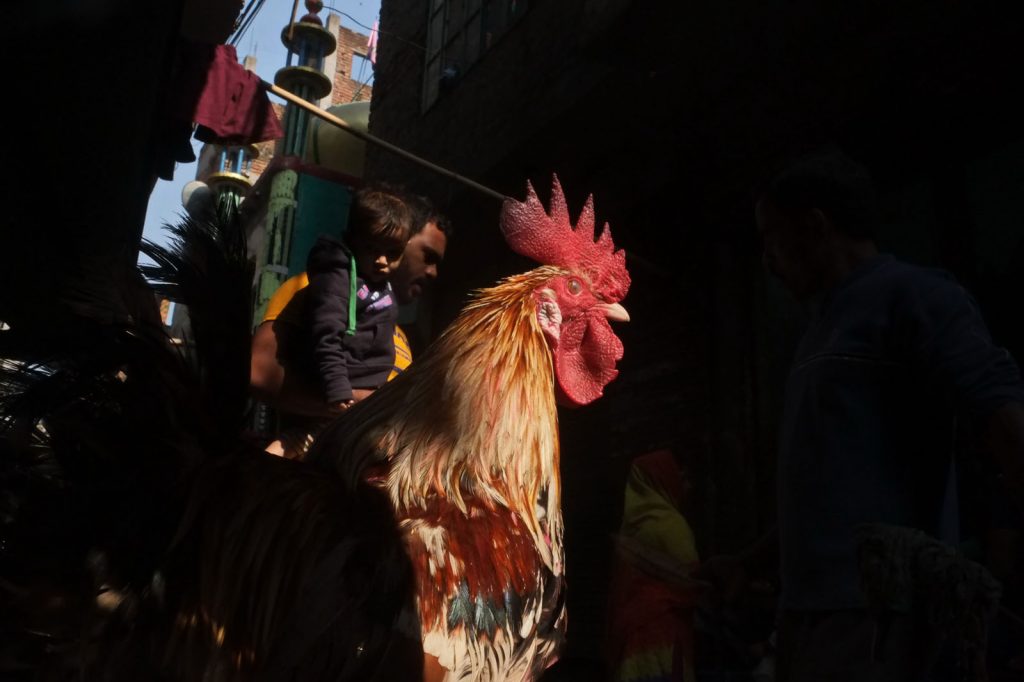 Photography is my hobby, my passion and what I love to do. I am not looking to earn fame or certificates. Perhaps because of this, I have never felt overwhelmed by working on multiple projects. 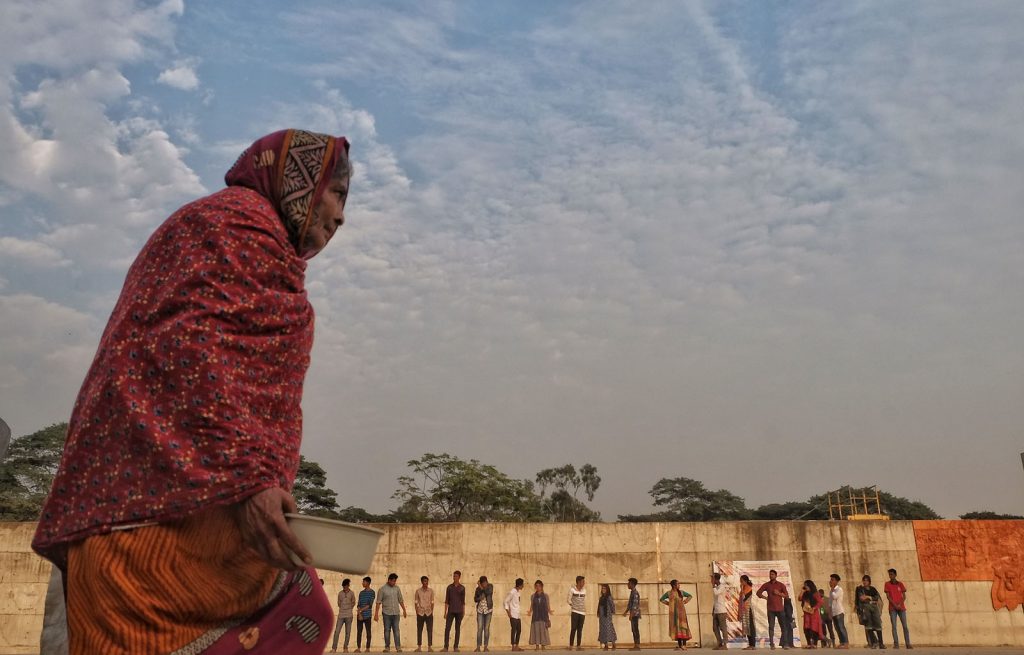 My favorite places to shoot are slum areas. That’s why my two biggest projects are the Bihari Camp Life project I mentioned earlier and another project called the Sweeper Colony. Sweeper colonies are the cleaners of this city. They clean roads, do sewage work, etc. About four million sweepers belong to the Dalit community (the so-called lower cast of the Hindus) and make up one of the most neglected sections of society here. No authorities look after them as they clean city streets and garbage day after day. They are given government housing to occupy, but many of these have been taken over by musclemen who forcefully kick them out of their own homes. 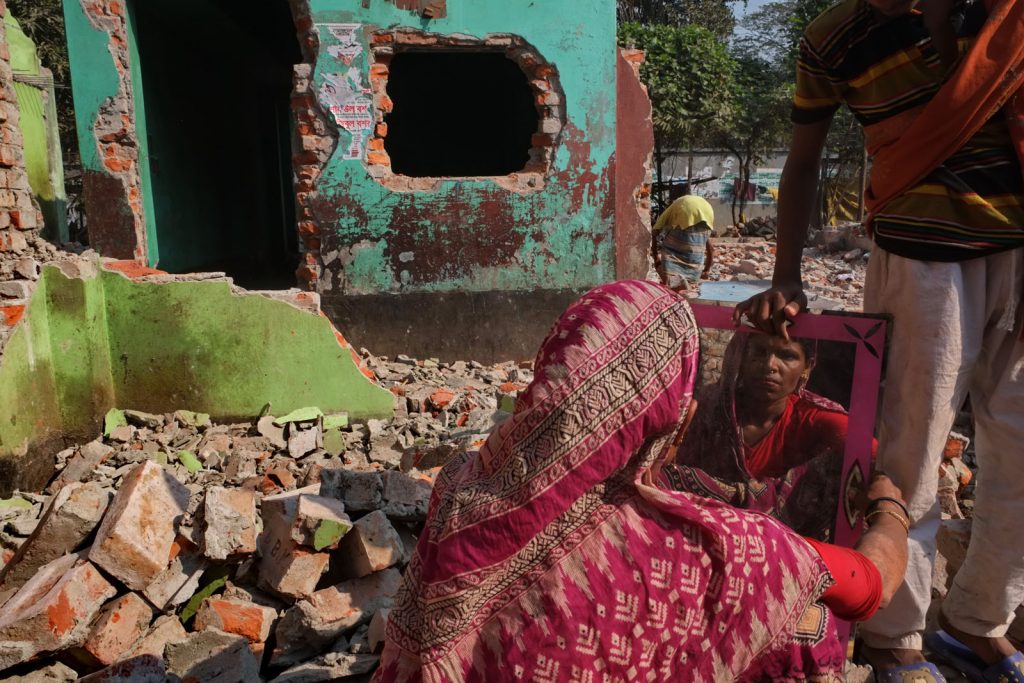 Education and health care services are lacking and most live without electricity, clean drinking water and even gas to cook with. It is a life of sorrows and deep uncertainty. Many suffer abuses with no hope of the authorities ever seeking justice on their account. Pregnant sweepers have no maternity leave and only a few established schools exist for children, most of which lack a qualified language teacher. Adding insult to injury, many non-government organizations collect huge sums of money to be used to improve living conditions for the sweeper colonies, but these funds are never actually used for their welfare. 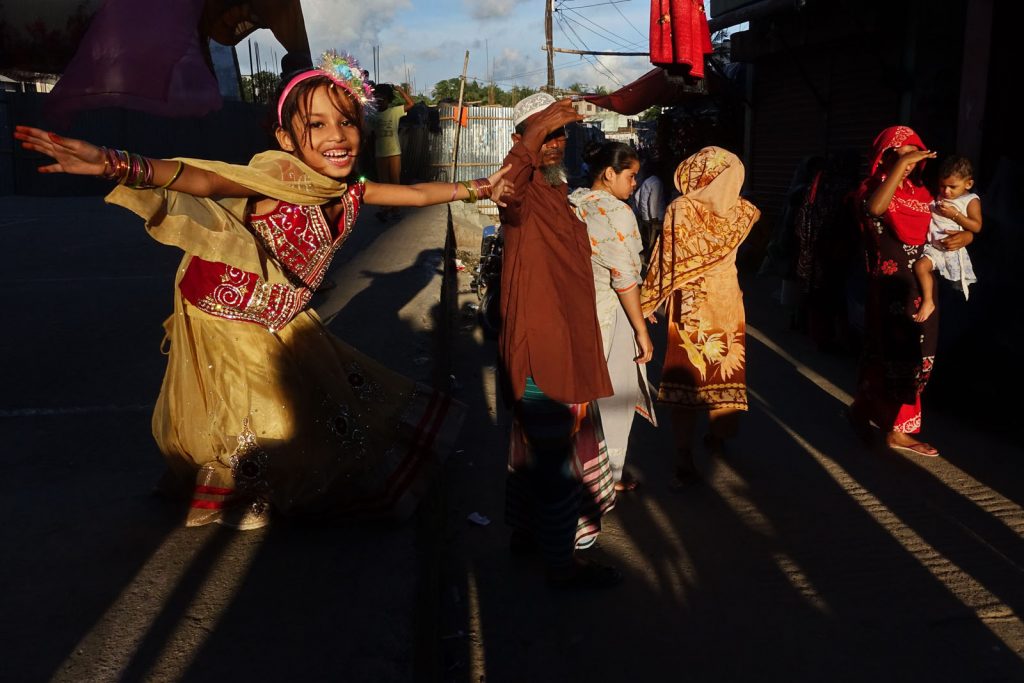 My dream is to do a solo exhibition for the sweeper colonies and the Bihari camps. I would love to create my exhibit and display it in both places, dignifying these beautiful people with the images I have captured. I would also love to make a physical publication with these images, but it is extremely difficult to find sponsors here. Still, photography is my passion, I love working with these underserved communities, and I will remain hopeful. 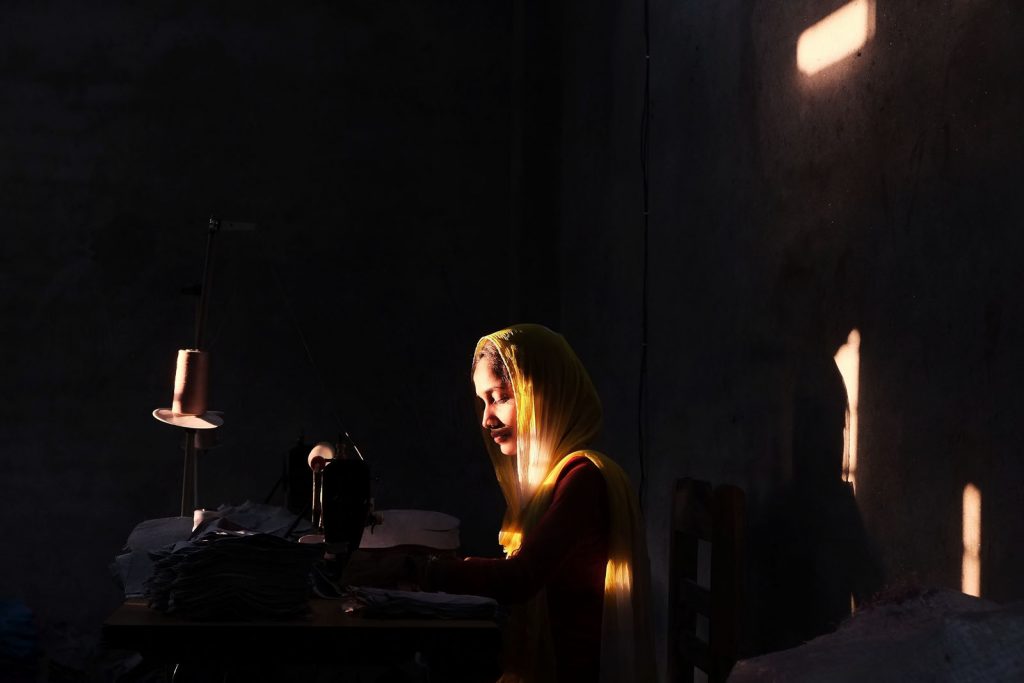