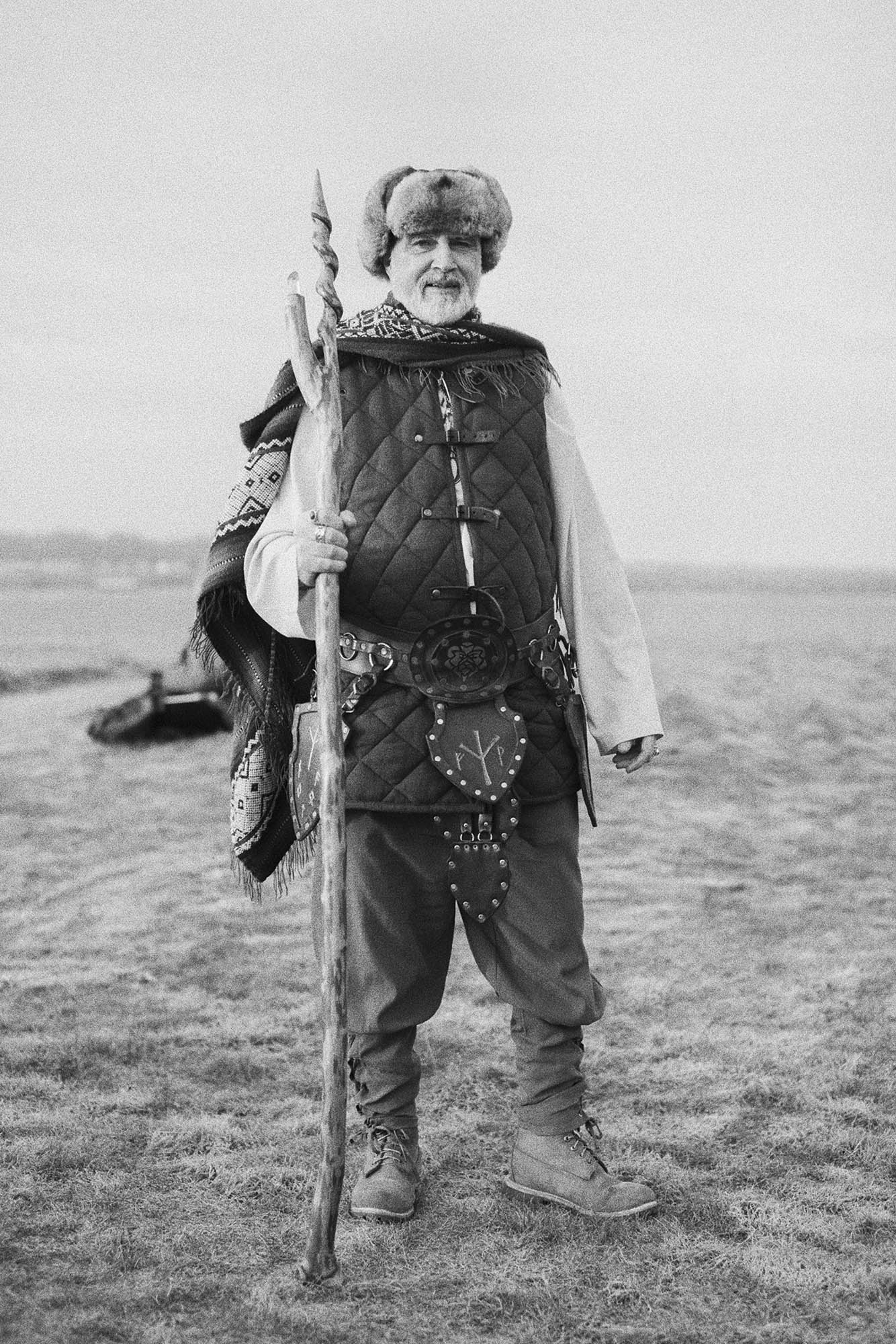 Every year on the 22nd of December Druids and Pagans gather at Stonehenge to celebrate the passing of the shortest day of the year.

Under normal circumstances the stones aren’t allowed to be touched or have visitors in close proximity due to damage that can occur from human contact on the sacred site in Salisbury. The Winter Solstice however is one of four gatherings (Spring Equinox, Summer Solstice, Autumn Equinox, Winter Solstice) where visitors can touch and sit with the stones for symbolic purposes. There are varying reasons as to why people touch the stones, for some it is because of the vibrations and frequency of power at the stones due to 14 Ley Lines that converge at the site; for others it is due to the connection with history and their ancestral heritage, or it is just to be present in the moment and has deeply rooted personal meaning.

Whatever the reason for a visit to the stones, the Summer Solstice is busiest with up to 10,000 people visiting and because of the warmer temperatures attracting visitors who also who want to party. This is not the case at the Winter Solstice which attracts far less visitors (around 200 people) and is seen as a more meaningful event with deep ancestral roots.

People wear traditional clothing to pay homage to their ancestors and percussion instruments are played at the early hours as the sun is rising. There is chanting and singing in groups or as individuals too. In ancient times midwinter feasts were part of the solstice as local archaeological digs have unearthed large amounts of cattle bones. Historically the passing of winter was recognised and celebrated more than the passing of summer due to the hardships that were faced in the winter with shorter, colder days and less food to eat since crops couldn’t grow.

I was first told about the Winter Solstice many years ago by my partner James. It aligns with his birthday and is a deeply spiritual event that he feels connected to. Not only would this event be symbolic to him as a passing of the shortest day of the year and a celebration of his birthday; it is also a step back through time to when our ancestors would have gathered in mass to be thankful that spring and summer were around the corner and their hardships of winter would soon be over.

As a photographer I get very excited when faced with new opportunities to document an event or community. I typically do research before going to an event or place but I try not to do too much because I don’t want to be too dependant on others’ work. I would rather be able to stand in a place and let the flow of the event take me around naturally. From my research, I did I know I wanted to take photos that told the story of the Druids and individuals at The Winter Solstice. My go-to medium to shoot with is black and white 35mm film. On this occasion, I shot with a Kentmere 400 that I pushed to 1600 ISO. The push was to allow for more manageable shutter speeds in the low light of the winter morning and artistically to bring more grain into the image to create a timeless finish for the photographs. I shot mostly between f/1.4 to f/5.6 to keep the subjects in frame but to retain the background where I needed to for context.

One shot where I’ve used a very low aperture was of a man leaning against the stones with his hands linked together in meditation. I focused initially on the face of the man but moved slightly and the focus shifted to his hands, this actually works very well for the photograph and unintentionally links to the meaning of energy. In many meditation practices such as yoga, neidan, qigong or taoyin linking the hands together in this way is particularly important at channelling energy and creates a focal point for the centre of balance and gravity, it is often called Dāntián

I’m not a huge kit person, I typically want to carry around as little as possible. Mostly due to the weight and cumbersomeness of giant cameras; but also because I feel it can be intimidating and impersonal to the subject. I use a Canon EOS 1 35mm film camera and a 50mm Sigma prime lens for all my work. Sometimes I’ll switch to a 24-70 lens but the additional weight and size of the lens as well as adjusting a focal length always distracts me from what I want to achieve with my photos. One thing I noticed about the Solstice was I wasn’t the only photographer, there were countless others who were covered in giant cameras running from one person to the next snapping their shutter from every angle and not engaging with their subjects. I had 2 rolls of 24 frame film and my shots were much more considerate and meaningful. I approached my subjects, asked their names, wanted to know why they were at the Solstice and what it means for them. I wanted to learn about their tradition and document it in the best way I could. I wanted them to feel comfortable and catch their emotion in that ‘decisive moment’. Often I was told ‘you’re so different from the other photographers here’. That’s what I want from my photographs. If the subject feels unhappy with you being there, you aren’t doing your job as a photographer properly.

I believe the work I’ve created for the Solstice is unique because of this engagement with my subjects. There are some instances where I shoot candid. For example the picture of the girl looking in the opposite direction to the rest of the crowd in the background while the man is laying on the floor. I was walking around a group of people and found an opening with this wonderful scene. I lifted the camera and took the photo. What the viewer can’t see is that the man laying down and people in the background are all looking towards the stones (sometimes people lay down to be connected to the Earth). The girl was looking at a Hula Hoop and just as I took this photograph ran off to play with it. For me this photograph captures the wonder and awe of the stones to everyone but has humour because of this little girl who was only interested in her Hula Hoop.

The work that I have created for the Solstice is a one-time mini project. I hope that the work I have created will inspire others to witness the beautiful event but to remember that it is a sacred ceremony and to treat the event with kindness and respect. We are guests that can watch and take part and we want to make sure that we leave good memories behind us and not memories of damage or disrespect to these wonderful people and traditions.