The Photos Found in Skopje

The Leica M Edition 60: Past Future

While traveling through the Balkans or the collection of countries which were once known as Yugoslavia, myself and Billy Reeves ended up in Skopje in the former Yugoslav republic of Macadonia. Why were we in Skopje? Well, it was a little detour, as we could not cross directly into the unofficial independent state known as Kosovo, which was once part of Serbia, which was once formerly part of Yugoslavia.

On the first morning, walking into the city centre, Billy noticed a vacant house with all the doors and windows taken off or smashed. There was an encampment of Gypsies beside it. There was a trail of photographs on the ground leading inside where all the furniture was cleared, and all that remained was hundreds of photos strewn everywhere. 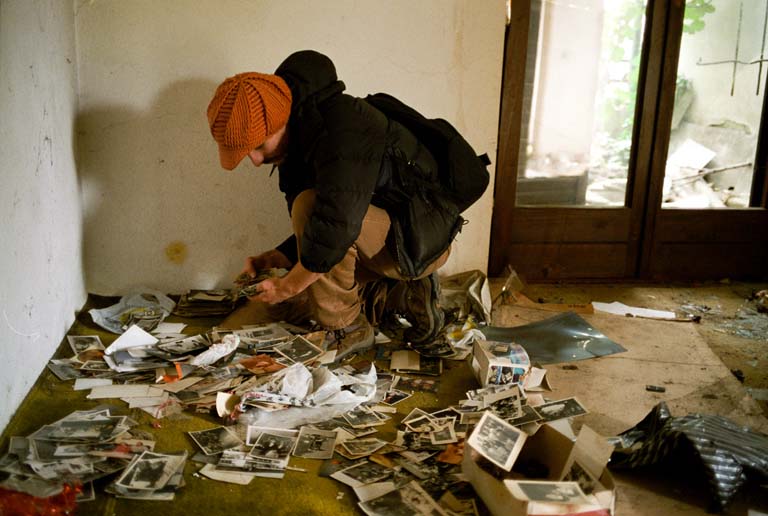 I can only speculate on the strangeness of the vacant house, the most plausible theory I can think of is the original owner died without leaving it to anybody. Other people then move through taking all the furniture or anything of perceived value, then they dump all the photos on the ground as worthless.

So many memories frozen in time,and hidden away, although the worth of these memories is subjective to the individual. Such as a photo album of family pictures or a wedding, that the owner would risk their own safety to rescue from a flood or fire, while other so called valuables like a TV or computer would be left behind. Yet when the owner of those photos passes on, what is their worth? 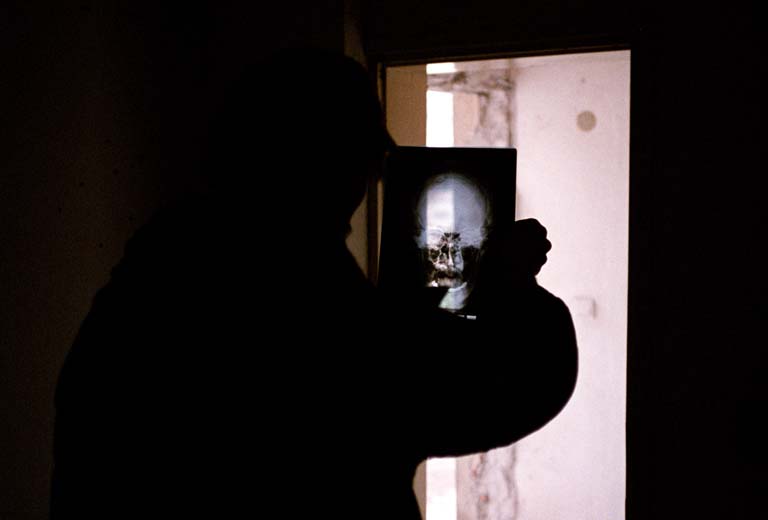 The strangest oddity thrown amongst the ransacked debris was an x-ray of a skull. 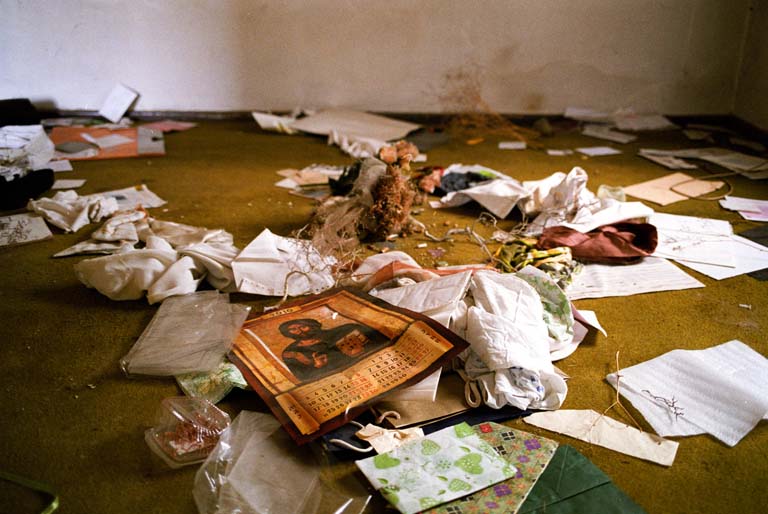 This room had a calendar from 2010 so this gives a clue to when the house was abandoned. 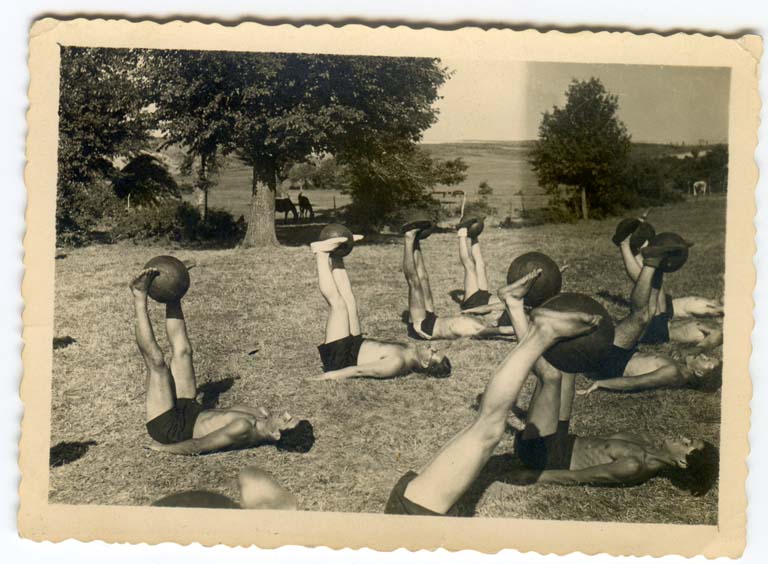 I love this photo of the men training, it reminds me of a photo by Jason Eskenazi from his wonderland series. Although it’s not even one tenth as well taken, for a photo by an anonymous amateur it’s still arresting. 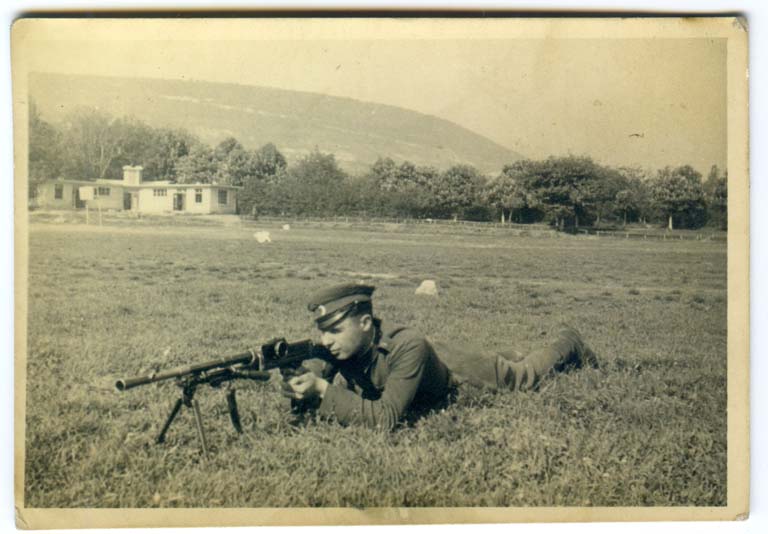 On the back of this photo was written a message in Macedonian, back in the hostel we were staying I showed this photo to the hostel owner. He translated the writing. It read “To my good friend: I’m enjoying the training. Sofia, Bulgaria 1942.” I wonder what the connection is to the owners of the vacant house in Skopje and why there are so many photos of soldiers from Bulgaria but with messages written in Macedonian. 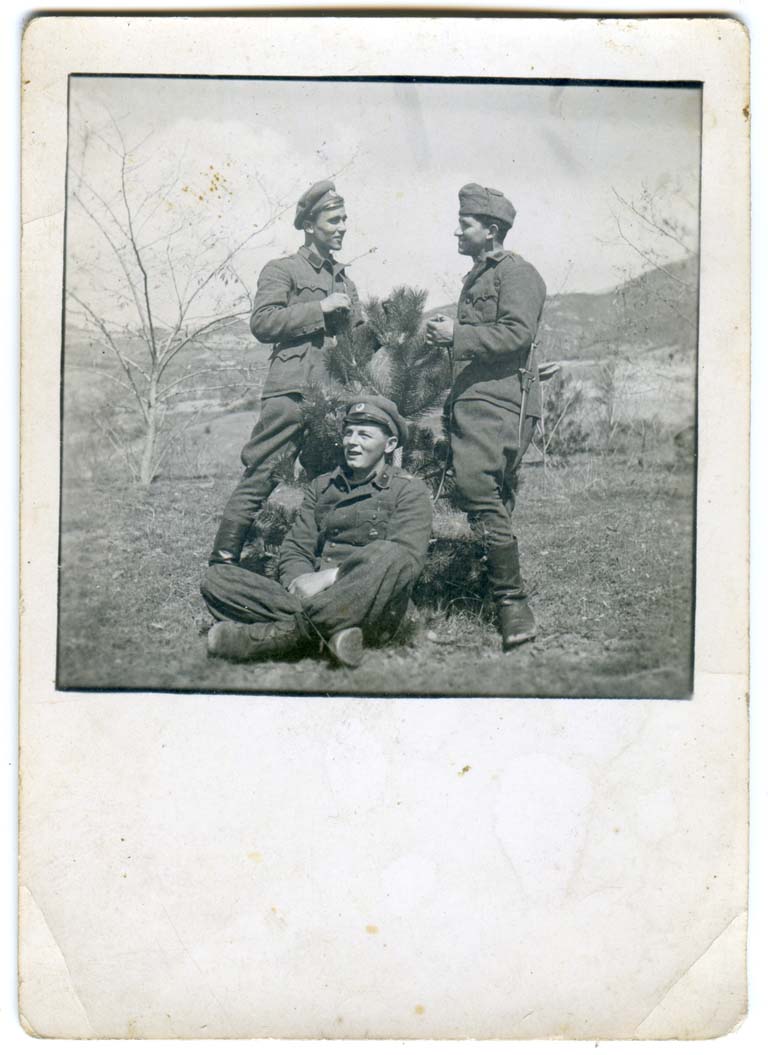 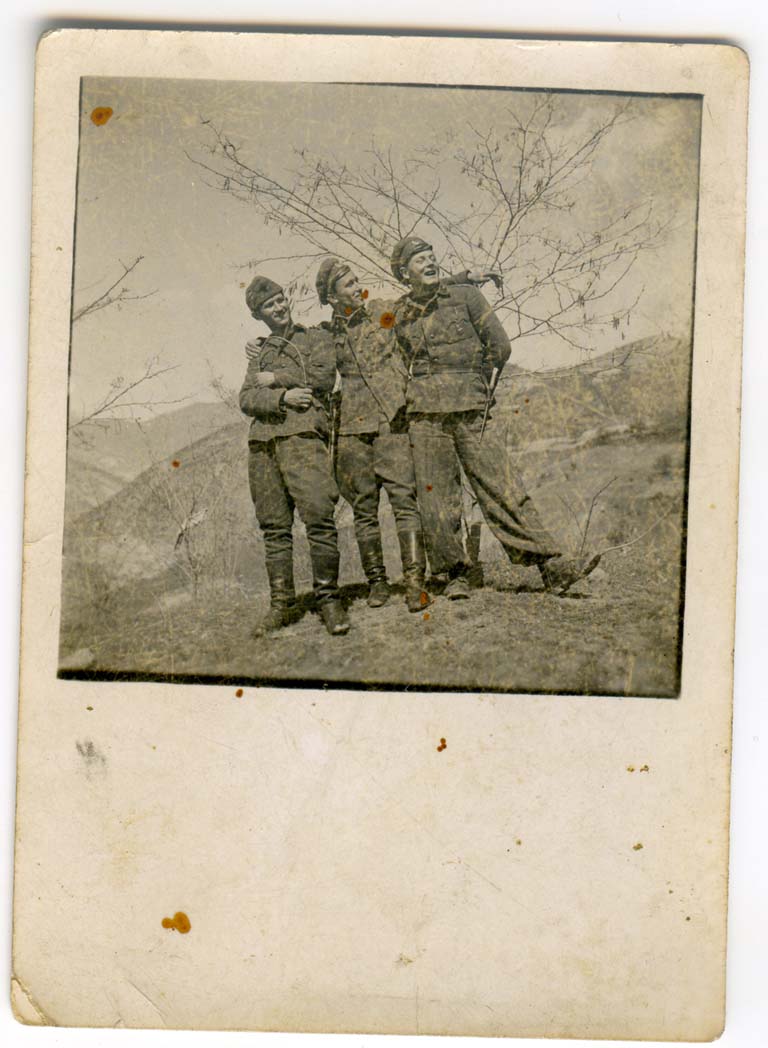 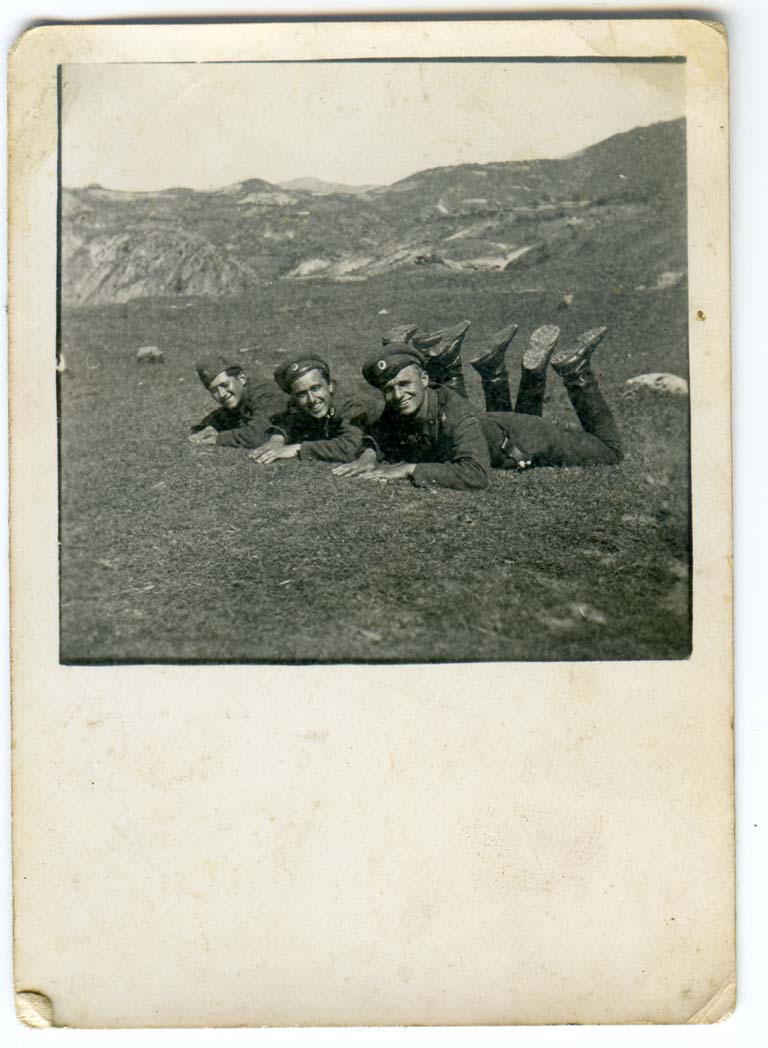 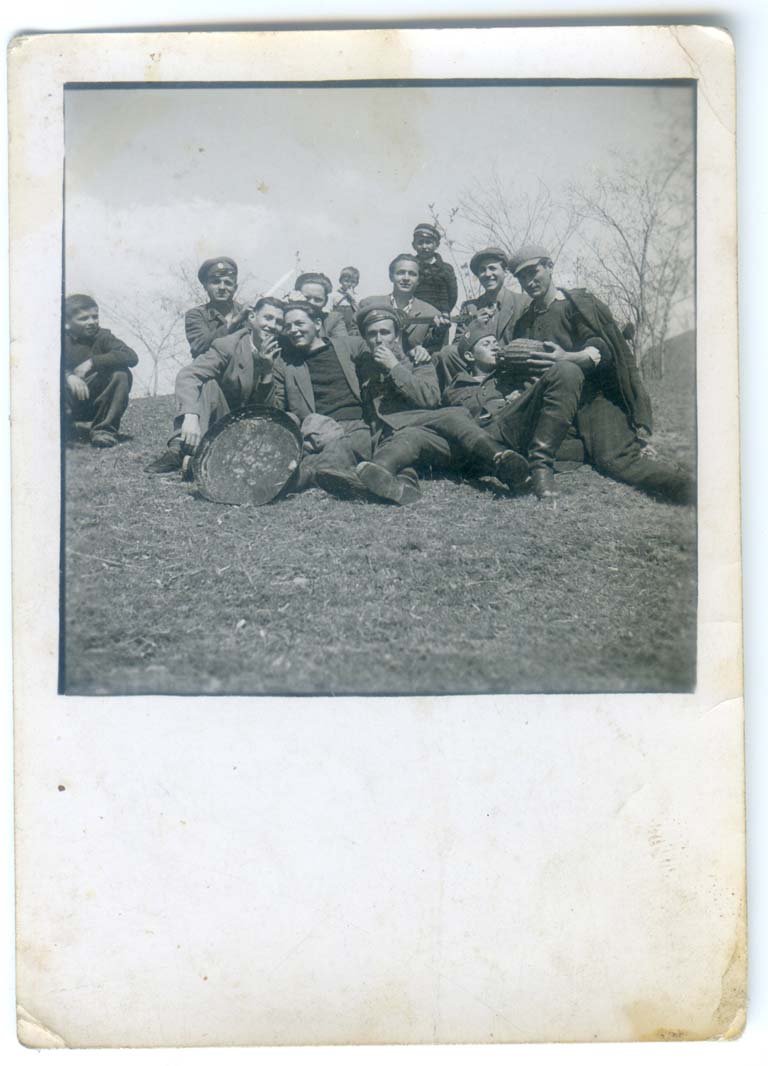 These sets of soldier photos were some of the most interesting. They all look so playful. My favourite is the three troops with their legs in the air with no hint of military might or harsh training. 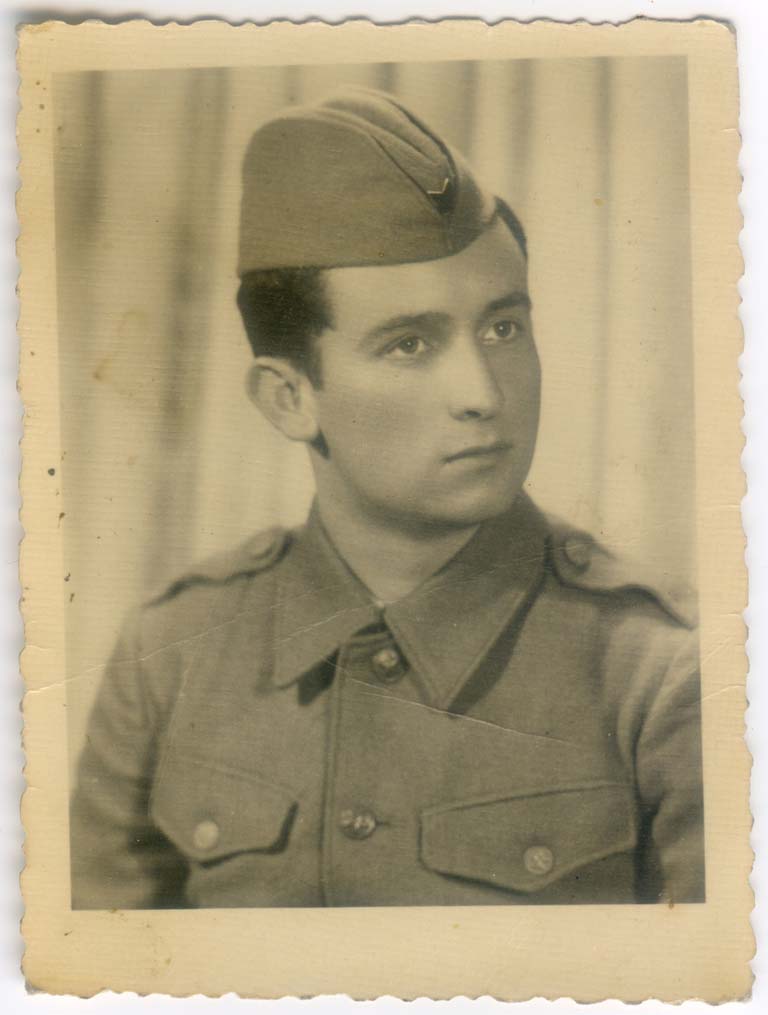 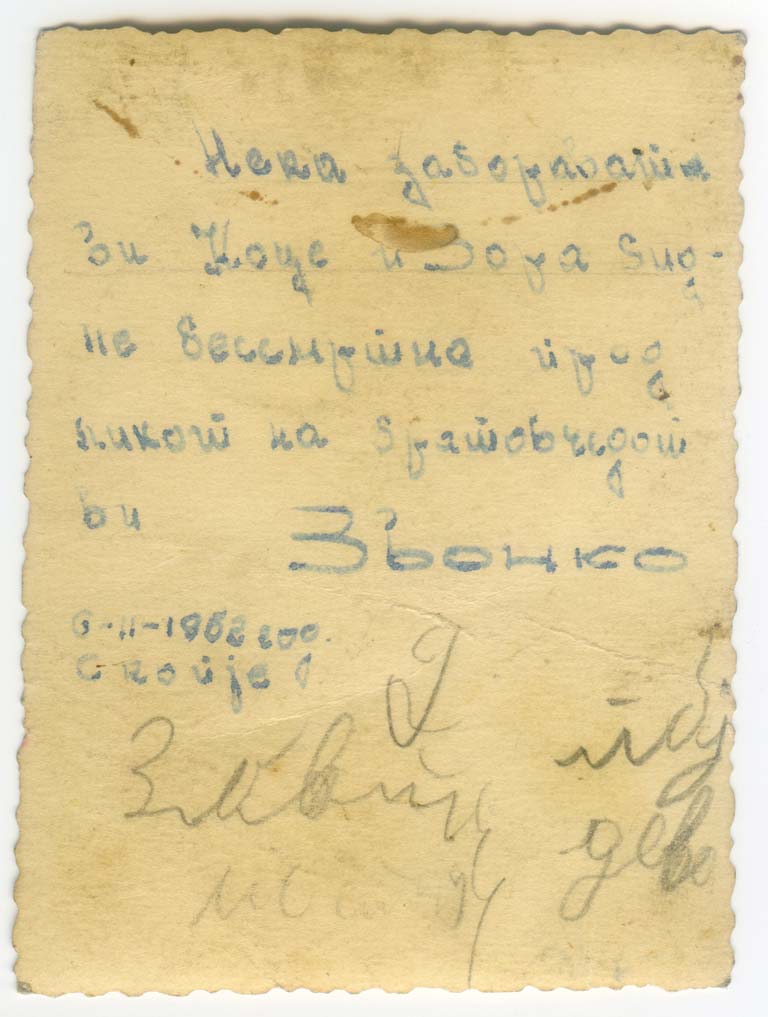 Perhaps this guy is connected to all the soldiers photos. I don’t know what the message on the back of the photo reads. 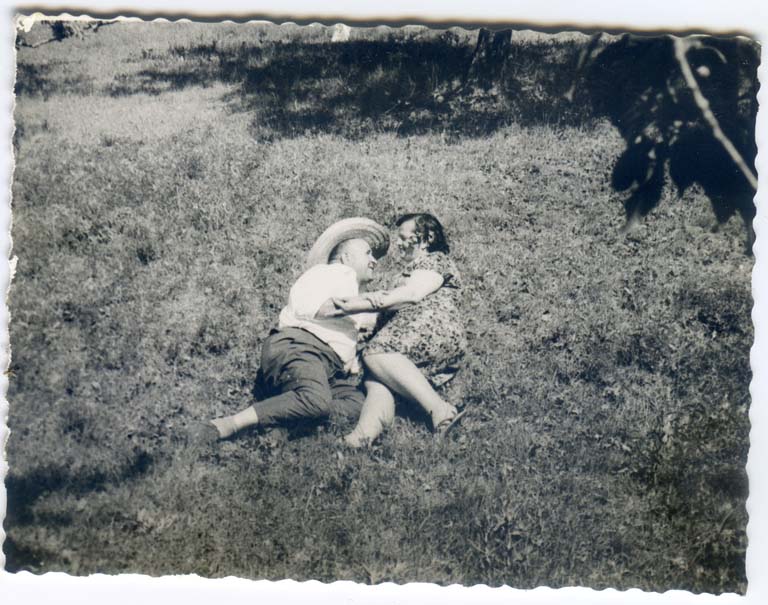 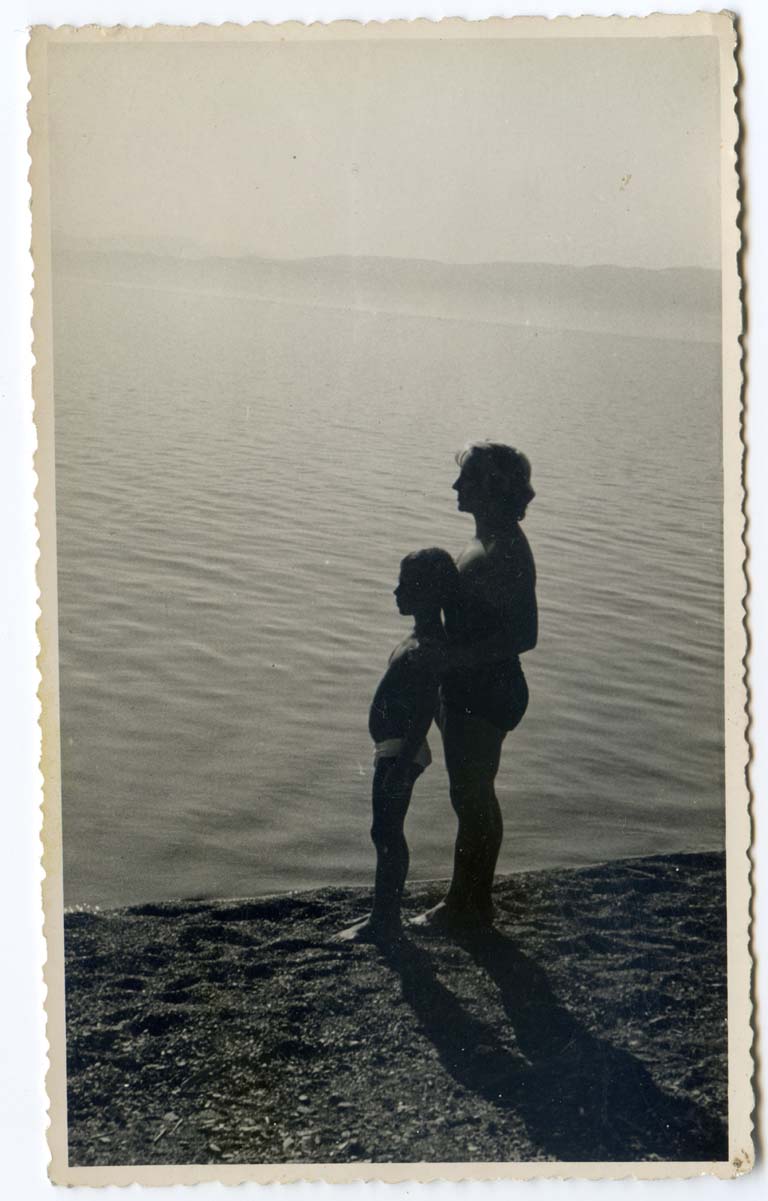 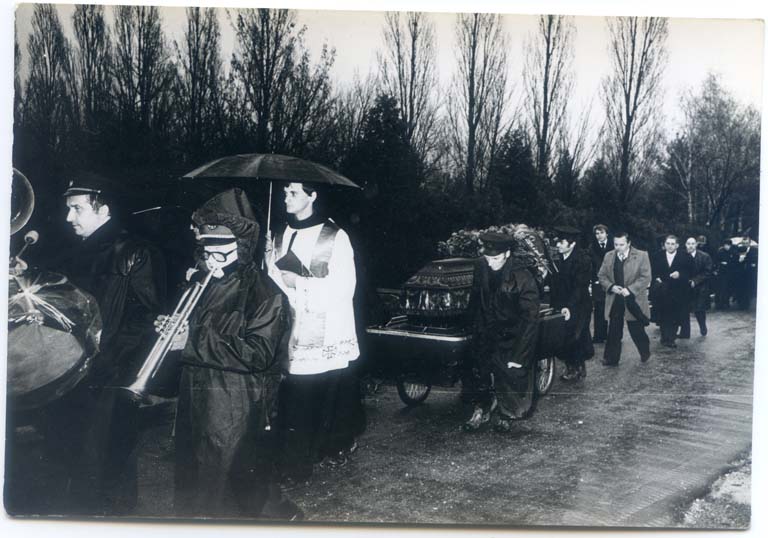 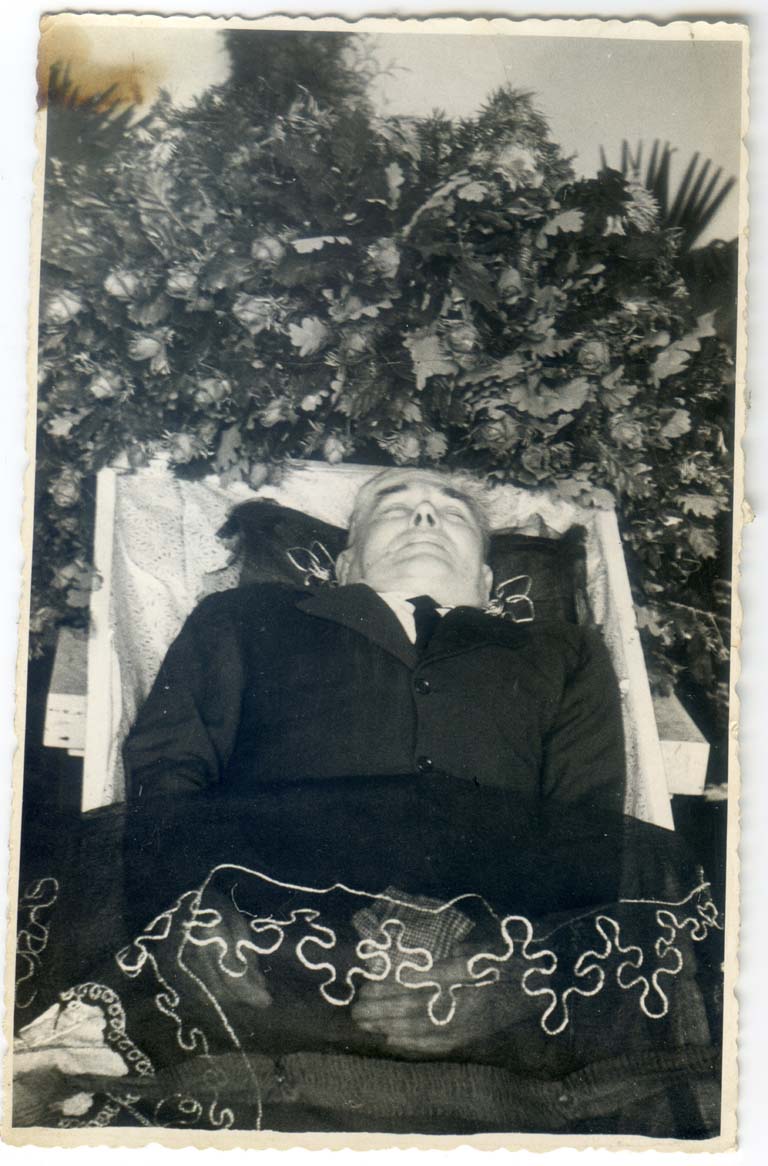 These photos of funerals were once so important to be photographed and kept with care, with good quality well fixed black and white paper that is hard to come by I imagine in Tito’s communist Yugoslavia. Did the owners keep them for posterity or were they kept as a way to deal with grief? 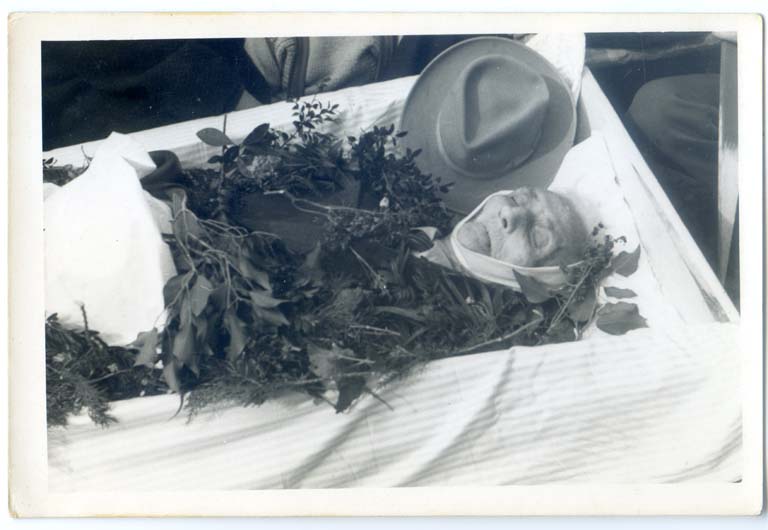 There was a second portrait of this corpse withered so much with age it’s almost hard to determine the gender if it was not for the hat and necktie. Billy had found a photo of the same body but taken further away with a crowd of people gathered around it posing. I don’t know which picture is more disturbing. Documenting funerals and bodies were once common but now culturally taboo, but with the current trend of selfies at funerals it seems it could return. 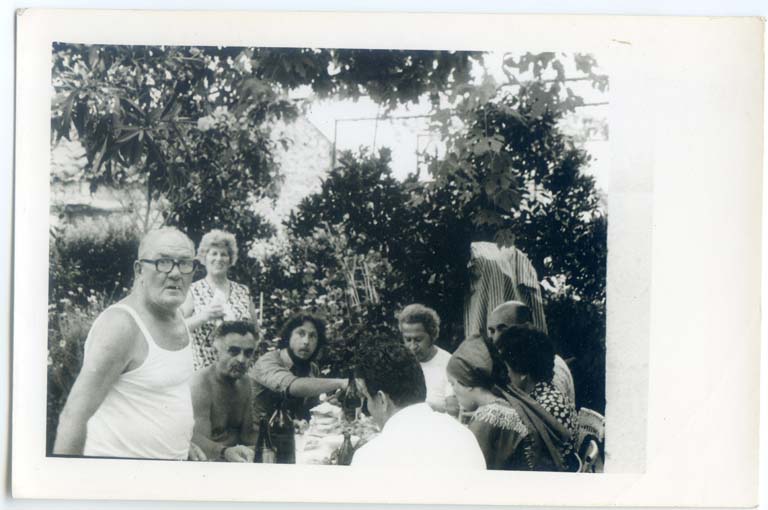 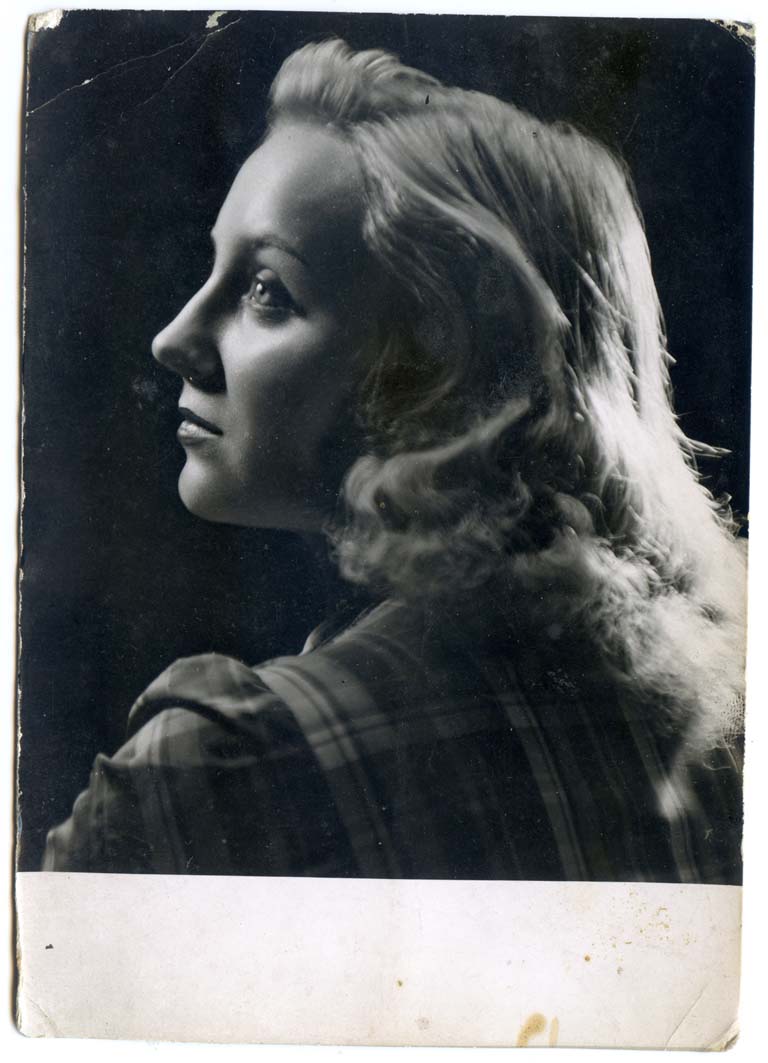 There were dozens of portraits of this woman taken throughout several decades of time, some professionally made in a studio many more snapshots, I assume she or someone who loved her were the owner of the photos. 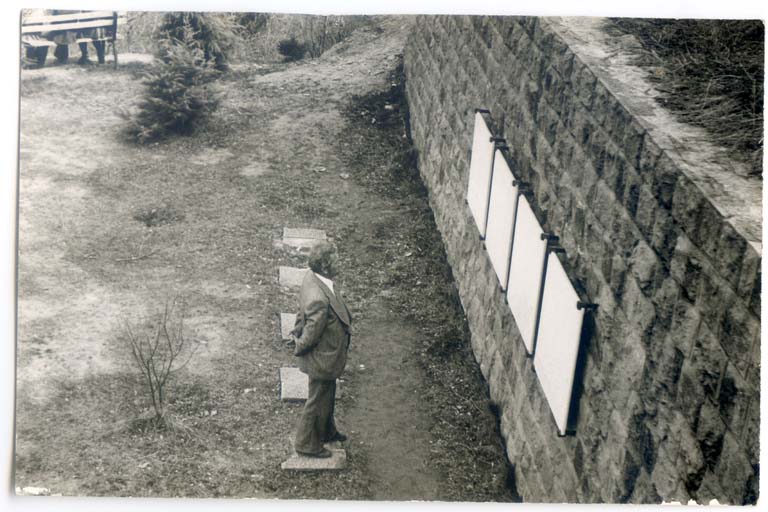 Again, for a photo taken by a anonymous author, it’s a compelling street photo. There is no one to give this photo any context, which gives it an air of mystery. Once these were so precious to an individual, now worthless. Left to gather mold and rot in a house for demolition. It would be crime to let these go to waste. If it was not for Billy’s curiosity this would have been the case otherwise.

Searching through abandoned buildings is much like searching the internet itself, you must sift through so much virtual debris until you find something worthy of memory.

Editor’s note: Interestingly, Seamus revisited Skopje this year, about a year after his original trip inside the abandoned house. When he found the house again, it was being bulldozed. We’re glad he salvaged quite a few compelling, and mysterious, street photographs along with quite a few other photographic pieces of history from the site, before it was too late.