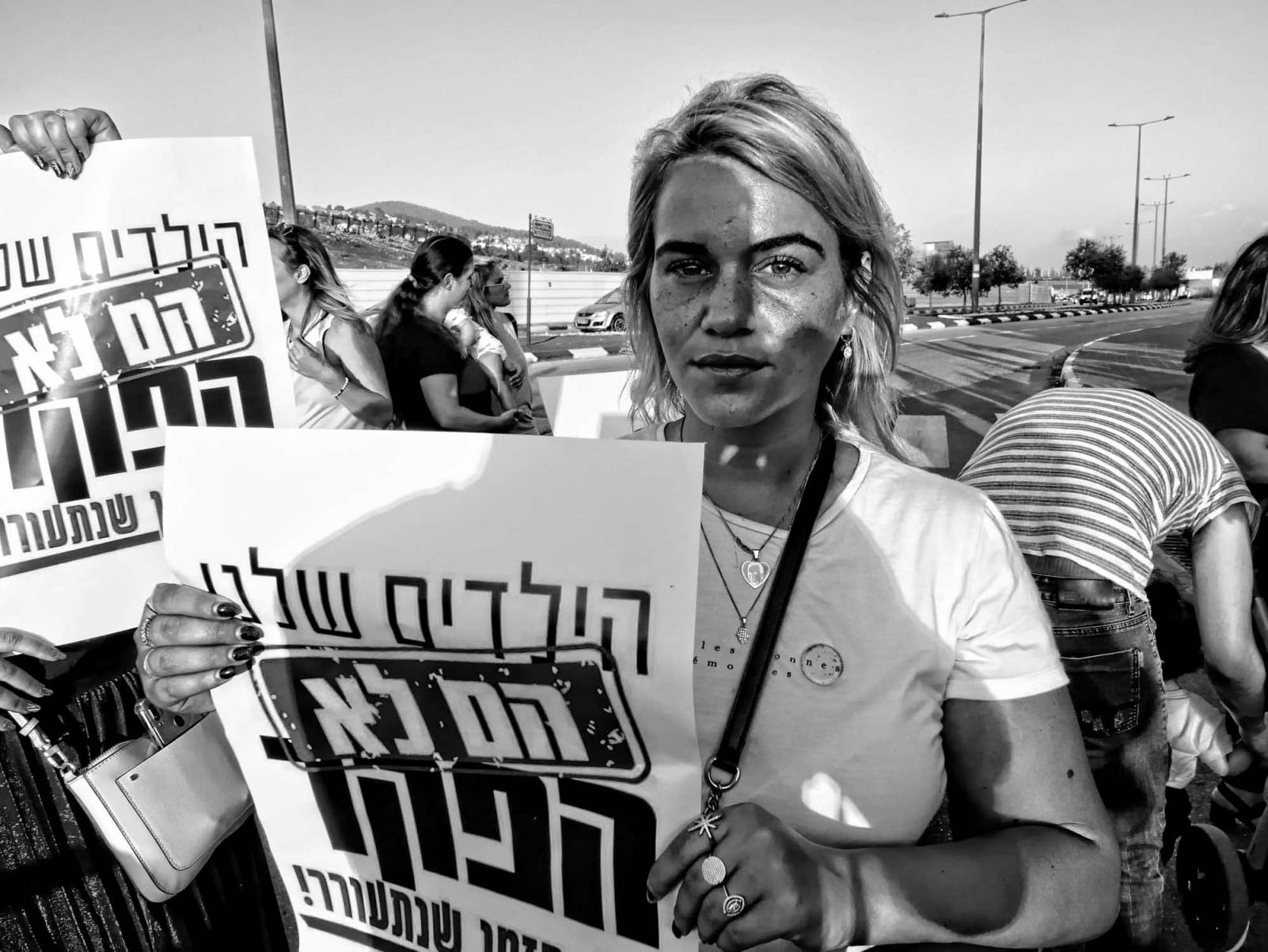 It’s amazing how many secrets can be concealed in a simple walk. Hidden in the everyday, beauty appears for an instant as words whispered in the din of the noise of the city. Street photography is not only form, but delicate visual poetry. Its words are made of shadows, movements, looks and connections hinted at by that geometric deception we call framing.

The street and its continuous transformation become the place where an observer can find beauty right before it manifests itself.

Their gaze always turned toward what’s about to happen, the street photographer is invisible yet present, teetering on the edge between too early and too late.

I am one of those invisible street photographers. Based in Israel, I’ve been shooting the street for more than 15 years. For me, being a street photographer is an attitude. It’s about living in the moment and accepting failures. It is my personal Zen.

I have always believed in Street Photography as a powerful tool for growth and one of the finest experiences in my life. I believe this to be true in my documentary work as well, an area where my interest is often caught by acts of political resistance, as well as the life on the streets and the way it can tell a story. 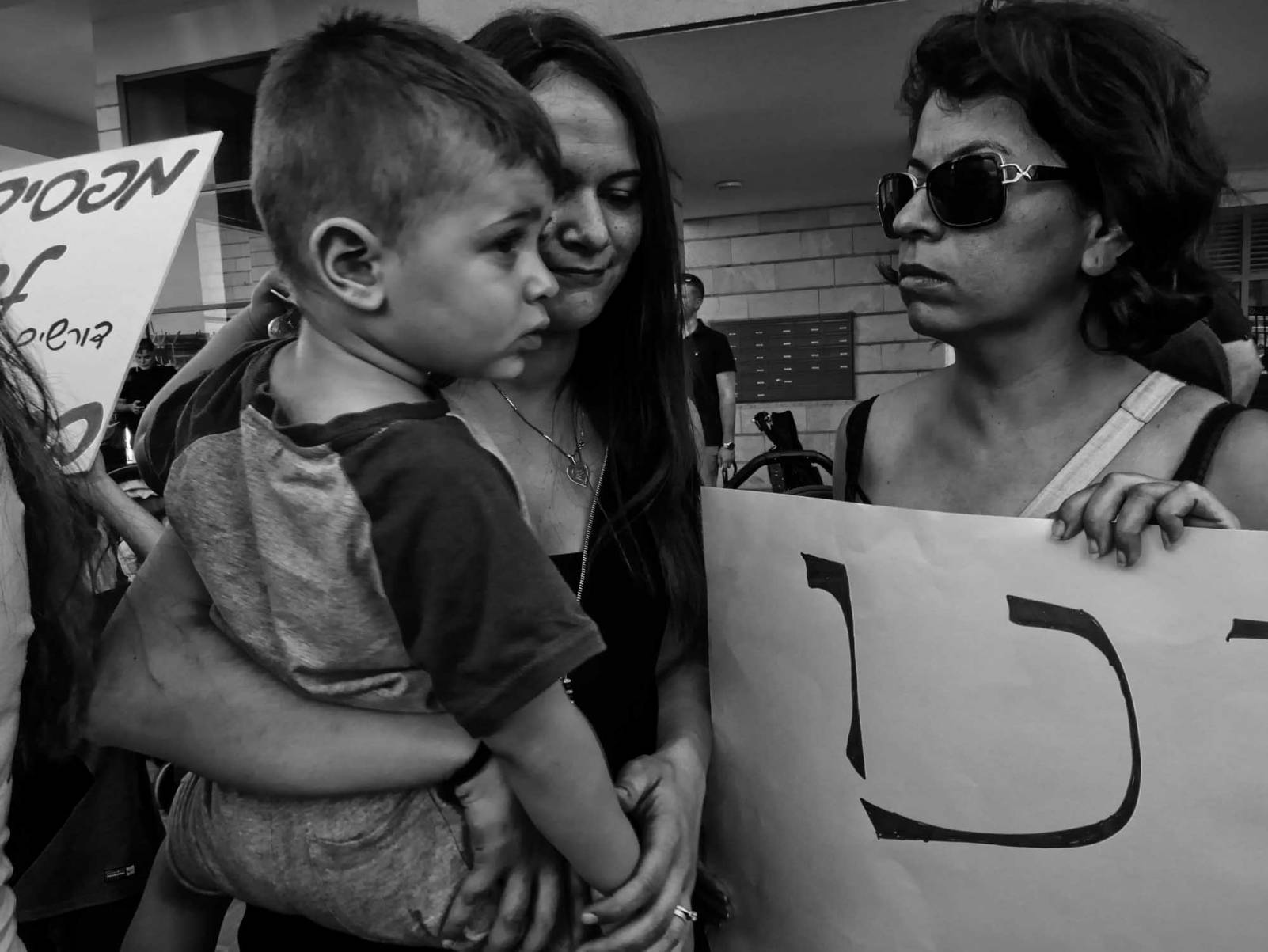 Parents Take to the Streets

Recently, the woman who was charged with killing Yasmine Vinta was the cause of renewed protest in different locations around the country, with people demanding the government take responsibility for kindergartens and child care centers. 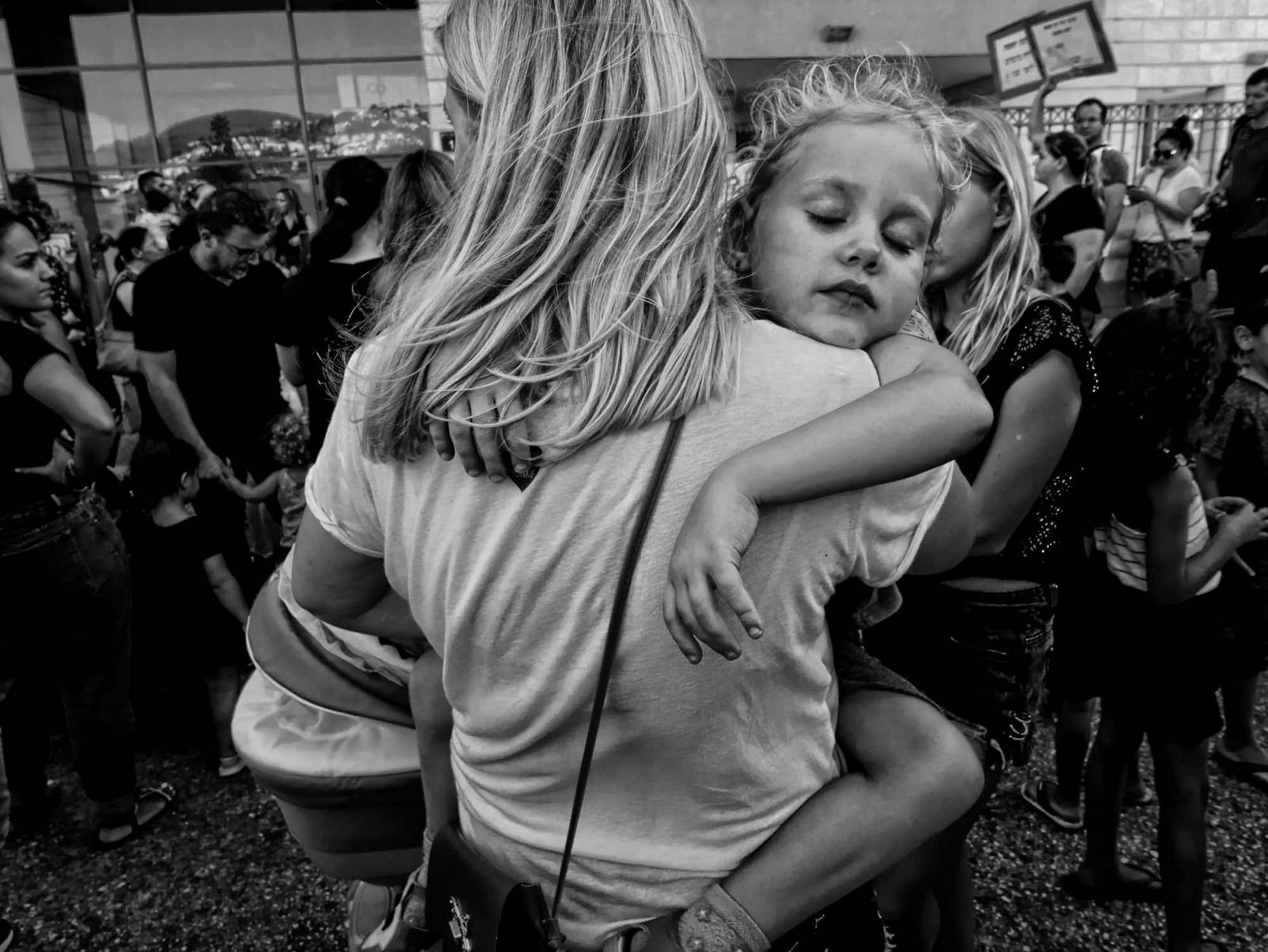 Checks are being renewed throughout the country, as are parents’ protests. The week these photos were taken comes after a young woman was charged with the murder of toddler Yasmine Vinta last year in a nursery in Petah Tikva and after suspicion of further abuse by child caregivers in Tekoa and Tiberias, all of which moved parents to resume their protests at 7:00 pm. “We see that despite the fact that tens of thousands of parents have taken to the streets, legislators have not yet internalized the gravity of the matter,” said Agam, chairman of the National Parks Parents’ Committee and one of the protest organizers. “The promises we received were ostensible, and therefore we will continue to support them. We invite parents to go back to the streets in order to voice their cry”. 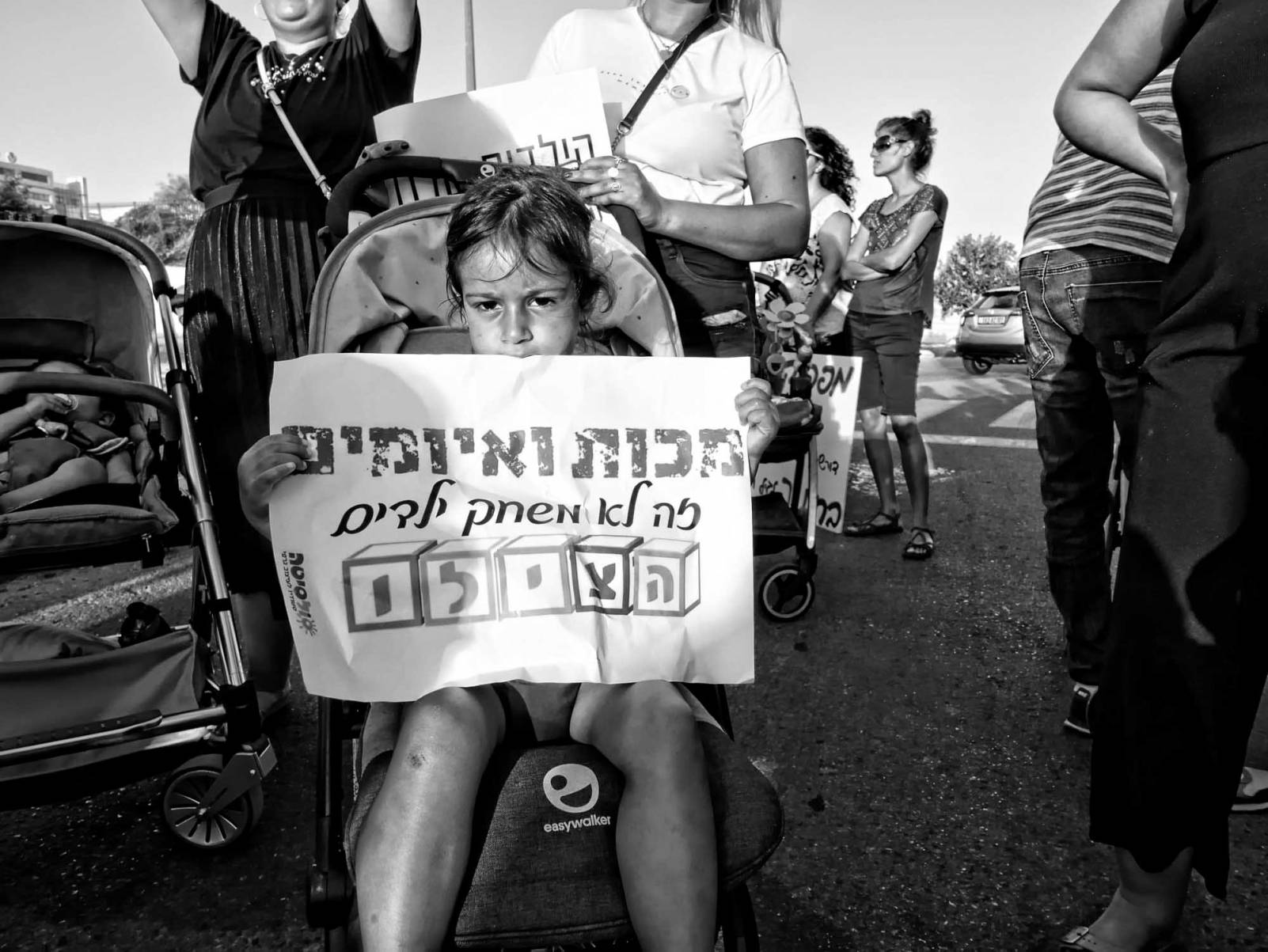 What are their goals? Supervision and full government responsibility for kindergartens and care centers for children and babies up to the age of three, basic requirements for nursery conditions, appropriate training for teams, changes in regulations, and writing of the Supervision Law as soon as possible. 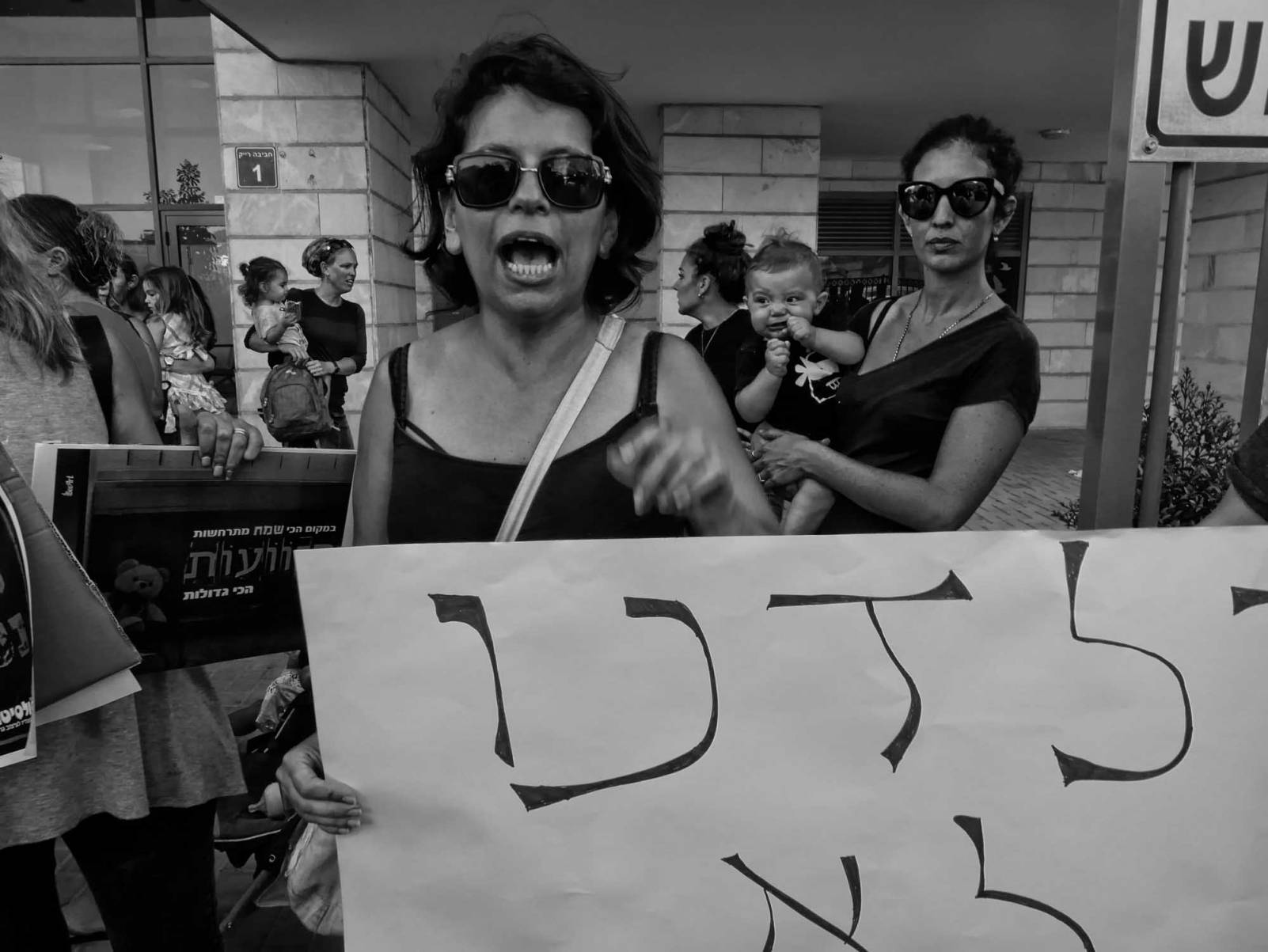 Parents carried signs and shouted, “Our children are not abandoned,” and “Beatings and threats is not child’s play,” as the main message of the demonstration. According to the parents, it is unreasonable that in order to open a restaurant, frequent inspections are conducted to ensure that the place is functioning properly – whereas in the care of toddlers and infants, there is no supervision and no licensing requirement. 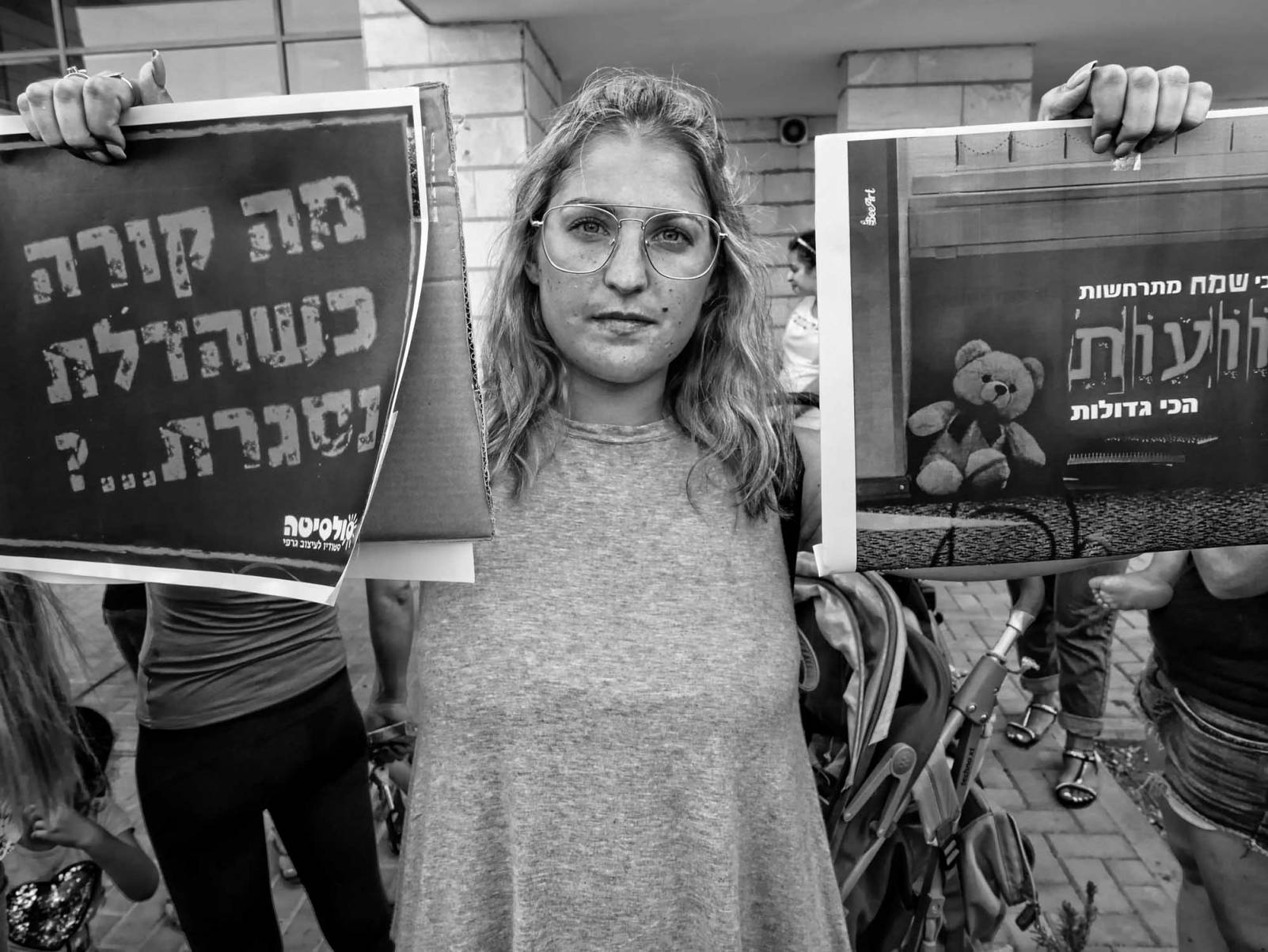 Organizers of the parents’ protest say, “We will consider disabling the economy and holding a large demonstration in Rabin Square”. 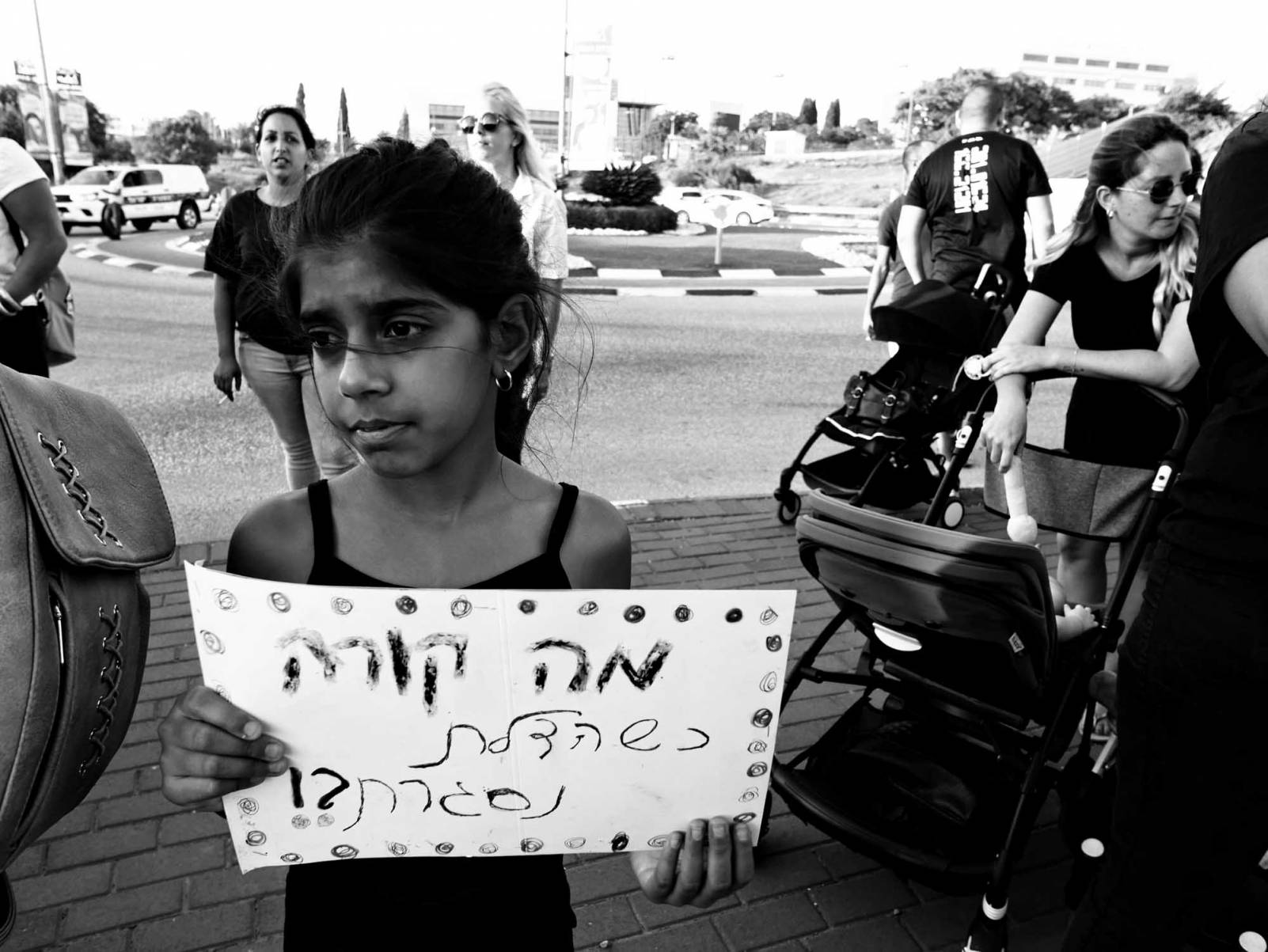 This day, that was the story the street told. As it often proves to be, the street was the mirror of our lives as a society, as a culture and as individuals. The street frequently moves from violent protest in one moment to a human portrait at another, between suffering and happiness and between the ordinary and the strange. With so much reflected on our streets each day, it’s no wonder the way home is long when you are a street photographer. 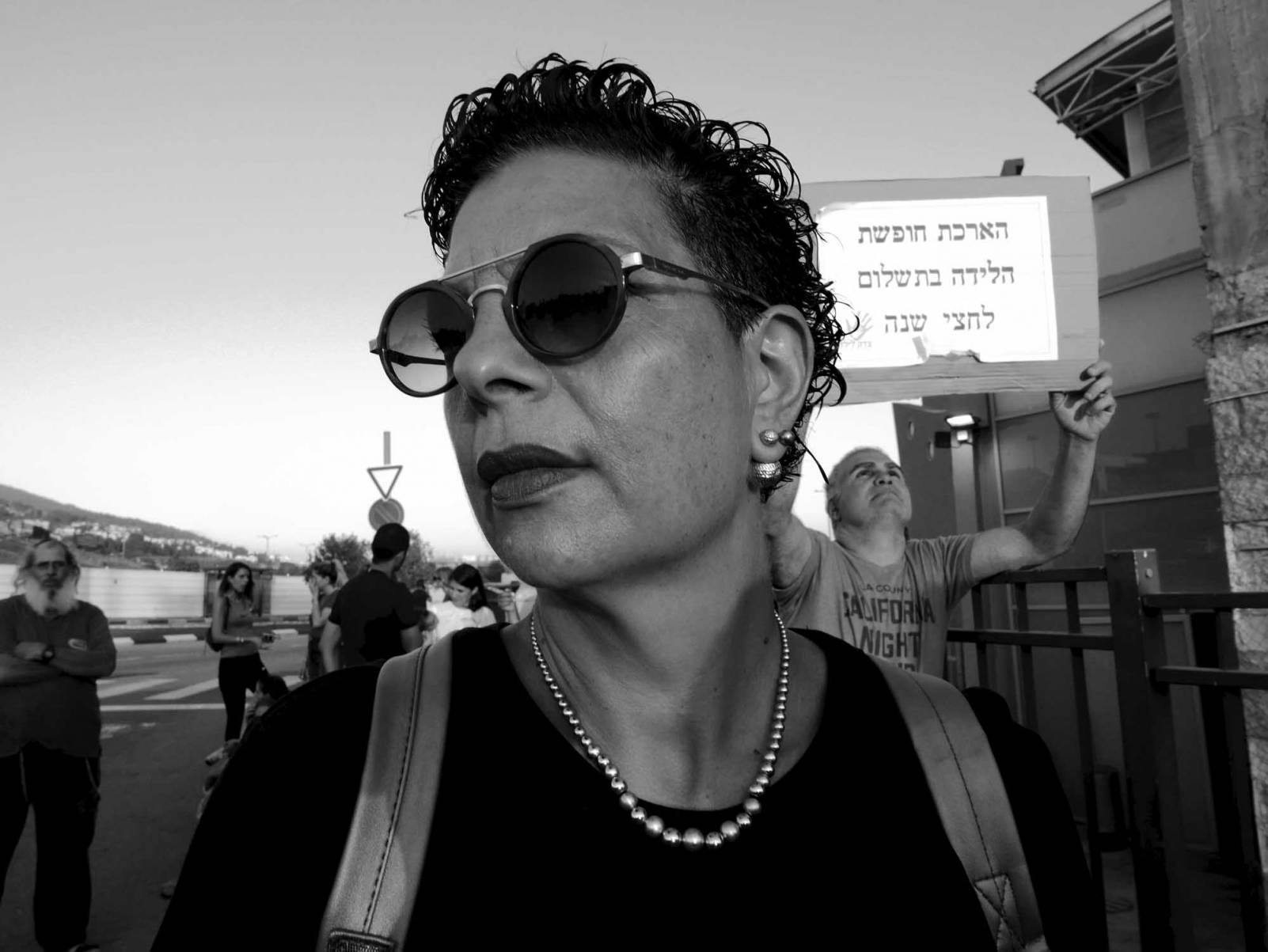