The Making of “Londoners”

The Girón: A Different View of Havana

The Radical Part of My Life

The streets of Havana are well worn by photographers. Seemingly trapped in time, the vibrant streets provide a unique mix of architecture and culture that welcomes those with a camera with open arms. The locals have a relaxed attitude that makes it a delight to explore the back streets and old buildings that make up La Habana Vieja.

Any mention of Havana will probably have you conjuring up iconic images of classic American cars and old women smoking cigars. Inevitably the uniqueness of a place can often become a cliché as we see a repetition of images that seek to capture life in the city. I took my first trip to Cuba in March 2019 and was acutely aware that I wanted to try and get beyond these Cuban clichés.  I decided that the best way to do this was to reach out to a local photographer and was fortunate to meet up with Alfredo Sarabia Jnr, to help me find my way around some of the city’s 15 municipalities.

One of the locations Alfredo took me to was situated on the Malecón, a broad coast road that stretches for 8 km from Havana harbour to the Almendares River. Out towards the Vadero district stands the imposing Girón building.  Built in the brutalist architectural style, this is an 18 floor apartment block dating from the 1960’s. Originally built to house workers of the Girón Bus plant, the building is sadly now in a state of decline, with crumbling stairwells and exposed rusted ironwork.

Together we explored the building, working our way up the stairs and along the dark interior walkways. Eventually our upward progress was halted as we encountered a locked iron gate. However, this is where it pays to be accompanied by a local. Alfredo was able to converse with one of the tenants and facilitate access the roof. From here we had unrivalled views, north out across the straits of Florida and south over the business district and urban sprawl of El Vedado. Looking down we could see the distinctive and colourful classic cars plying their trade along the six lane wide Malecón.

Looking Down on the Malecón

We spent about an hour on that initial exploration of the Girón but I knew that it was a location that I wanted to return to during my stay in Cuba, as I felt that it offered the potential for some interesting images. Over the next few days I revisited the site twice more, spending a couple of hours there each time.

Exploring the corridors and walkways of the Girón, was not unlike exploring the streets of an unfamiliar city. I was never sure what I would come across and each floor offered a new and unexpected vista. The Girón is a beguiling edifice, its two tower blocks soar upward, linked by dark claustrophobic concrete corridors. Slim embrasure’s provide intriguing glimpses to the outside world where one might catch sight of the Straits of Florida or the long abandoned Parque José Martí  sports complex. 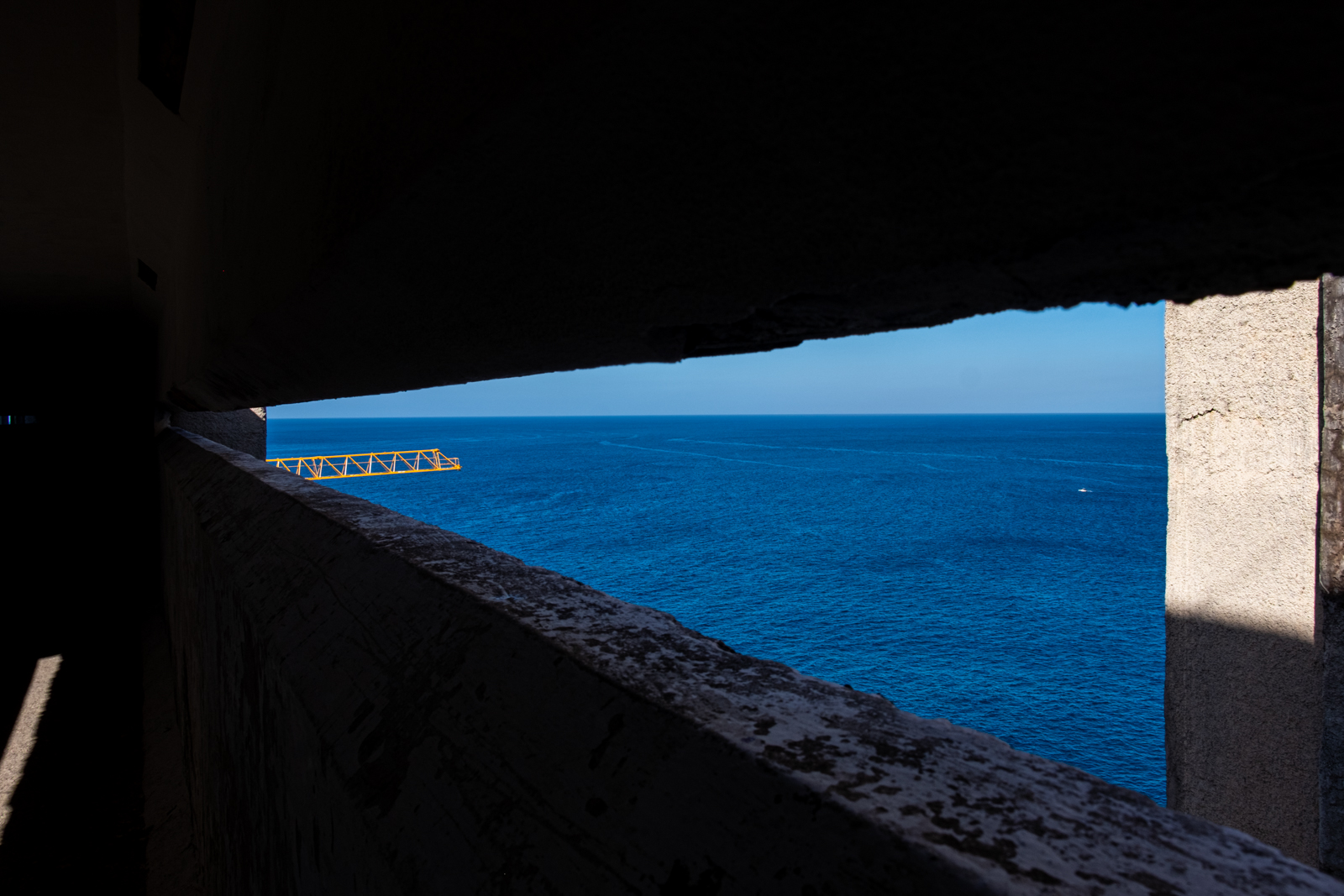 Looking out across the Straits of Florida

Like many coastal structures, the Girón has succumbed in many places to the salinity in the sea breeze. This has penetrated the concrete and caused corrosion of the reinforcing steel bars. However, on at least one visit it was pleasing to see workmen repairing the structure, although how much can be achieved without significant investment is debatable.

Despite the crumbling walls and decrepit stairwells, the Girón is still home to many Cubans and evidence of habitation is a welcome counterpoint to the harshness of the endless concrete. Clothes hang out of windows, lights shine from behind louvered blinds and the sound of a television can be heard behind many a door. 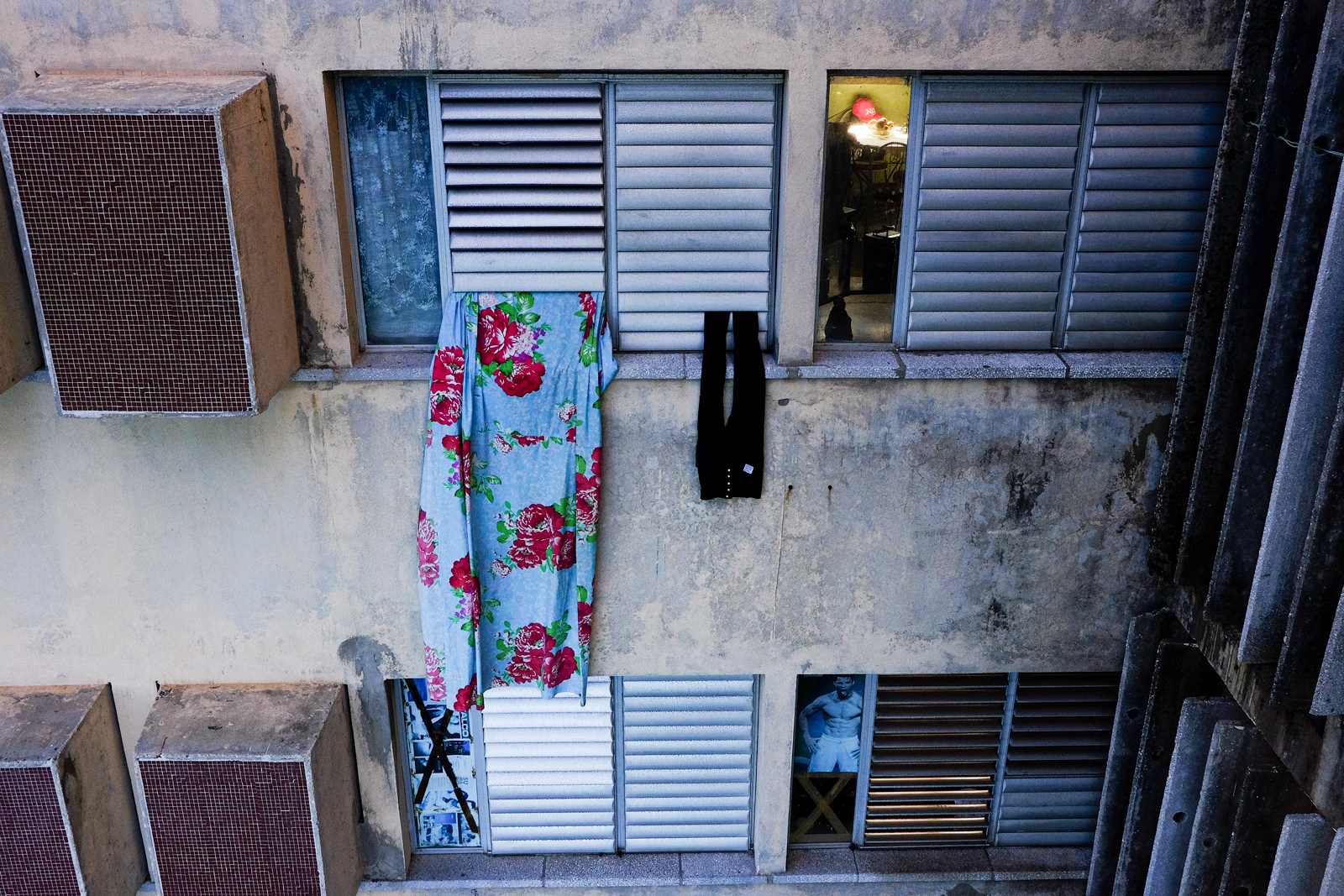 I tried to vary the time of my visits so I could appreciate how the morning and afternoon light changed the character of the building and how activity there altered during the day. The early morning saw children making their way down the stairwells on their way to school and dog walkers setting out for their daily constitutional. The afternoon was quieter, with many residents either out at work or inside avoiding the heat of the sun.

I spent some time working on the idea of contrasting the solid geometric shapes of the building with the organic human form.  I decided that this would work best by using silhouetted forms against the blue backdrop of the sea and sky. Once I had found a composition I was happy with it was then a case of waiting patiently for the right subject to move through the frame and hopefully being alert enough to capture the moment. 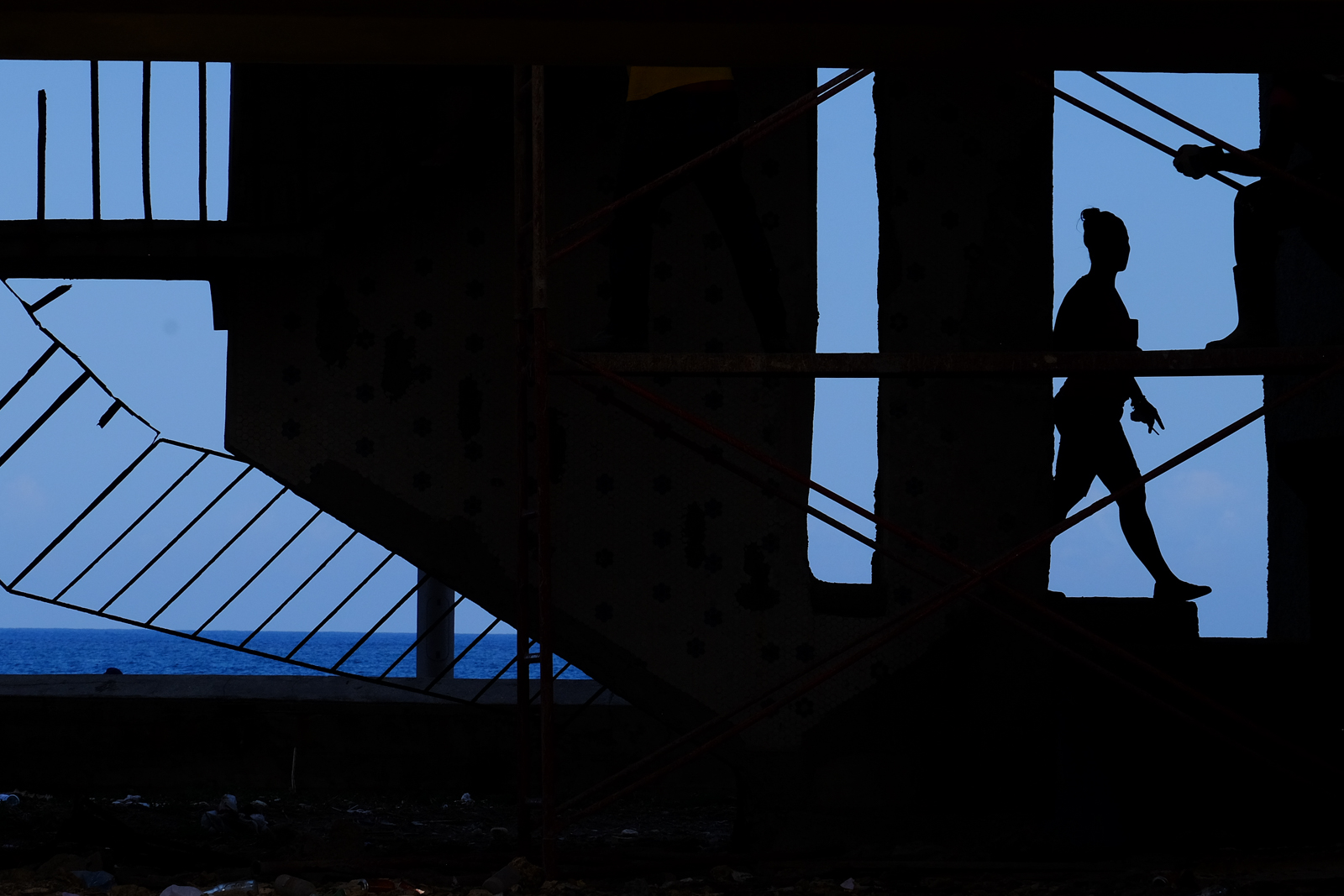 While walking around the Girón, I became aware of how it’s size and shape impacted the surroundings. The transition of subjects from dark to light is a well known trope for street photographers and I decided to use this technique to photograph the cars moving along the Malecón. Again, it was a case of waiting patiently for the right combination of vehicle, passenger, pedestrian etc. I hoped that this would result in an image that featured the iconic cars without being too cliché.

Riding along the Malecón

There is no doubt that the Girón offers a wealth of photographic opportunity as well as historical interest and I would recommend that any visitor to Havana find  time in their schedule to explore this area. It is a location that I intend to revisit in 2020 with the intention of building on themes I explored tentatively during my first visits.

Likewise, if you are fortunate enough to find yourself heading to Cuba then consider spending some time with a local photographer. Their knowledge can be invaluable in helping you get the most from your trip. 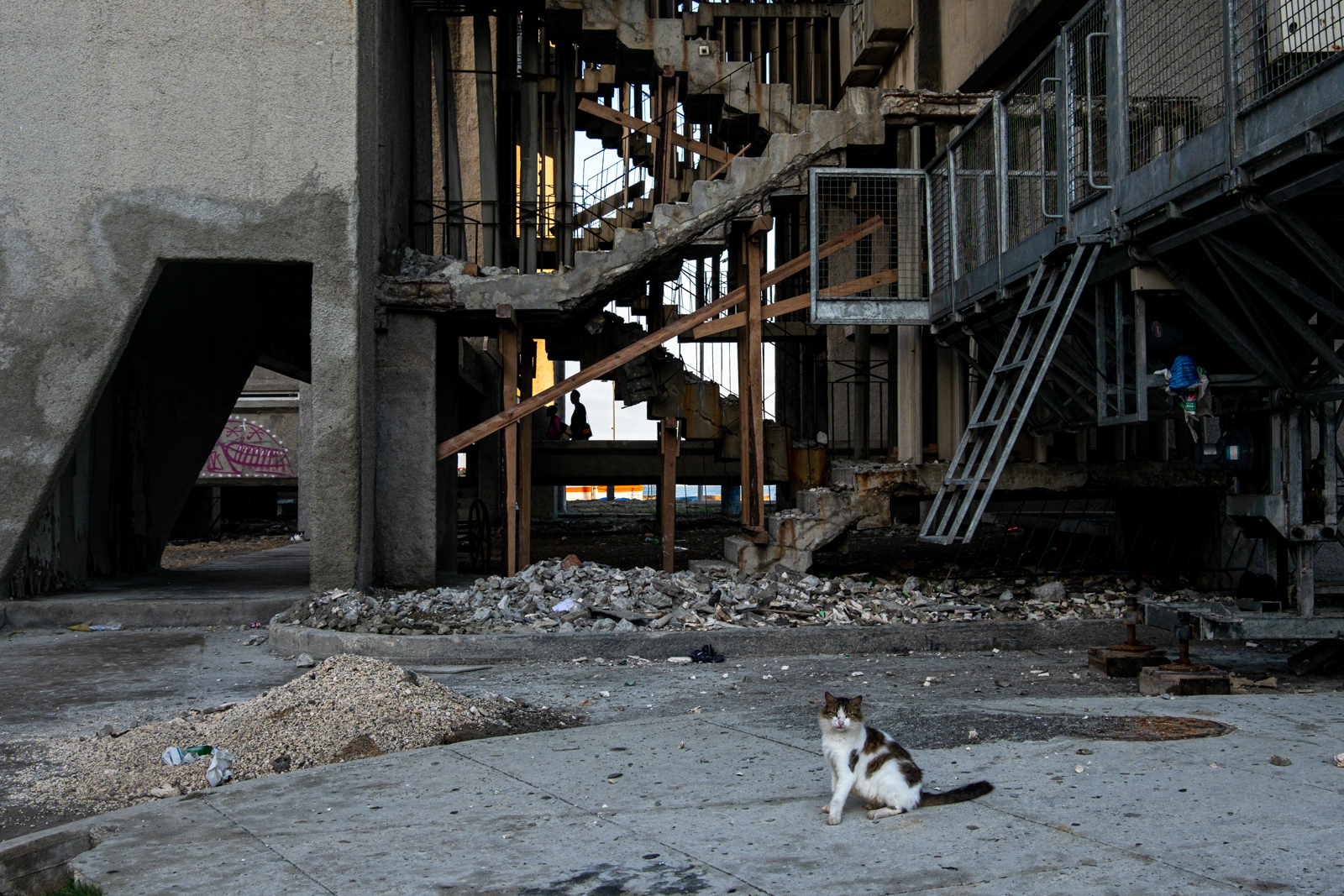