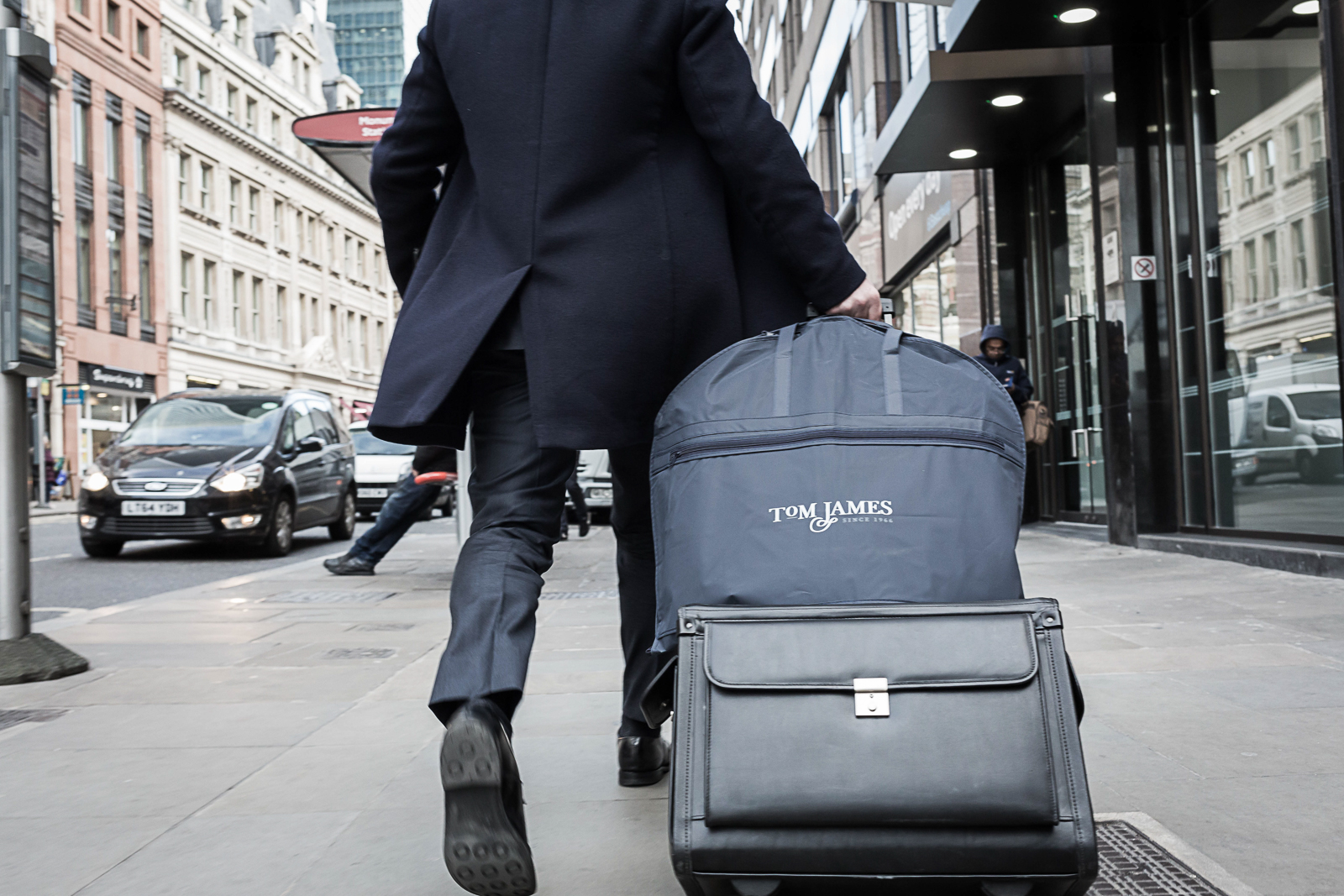 I’m Santosh (a boy with a lens for an eye). For many years now I’ve worked in a call centre selling broadband, talk, tv packages as well as mobiles to potential customers over the phone. To get myself out, I needed to learn a new skill. I purchased my first DSLR (Canon D400) and off to the streets I went to learn photography.

For my first project, I went outside Harrods and photographed people each time they touched one another. I was afraid and my hands were shaking, however, I lifted the camera and snapped. I felt relived, for over a year I was panicking about doing this. It was from this point that my love of street photography began. It took years to learn my style and create galleries of interest, before I could consider venturing out and attempt to become a professional. I’m still a broke creative today, and every day I try. I always say, “one day I’ll make it, one day”.

I took a fascination to the gentlemen in suits because of their business, “making money”. The attire they wear, setting themselves apart from normal folk, like you and me. However beneath lies commonality – a mind, a body and a soul. We’re all the same but egos, class structures, wealth, status are just some of the traits that separate and divide us. They say the suit makes the man, however I think it is actions with passion and obsession. This over time slowly shapes a man to become better and learn, with many failures before success. 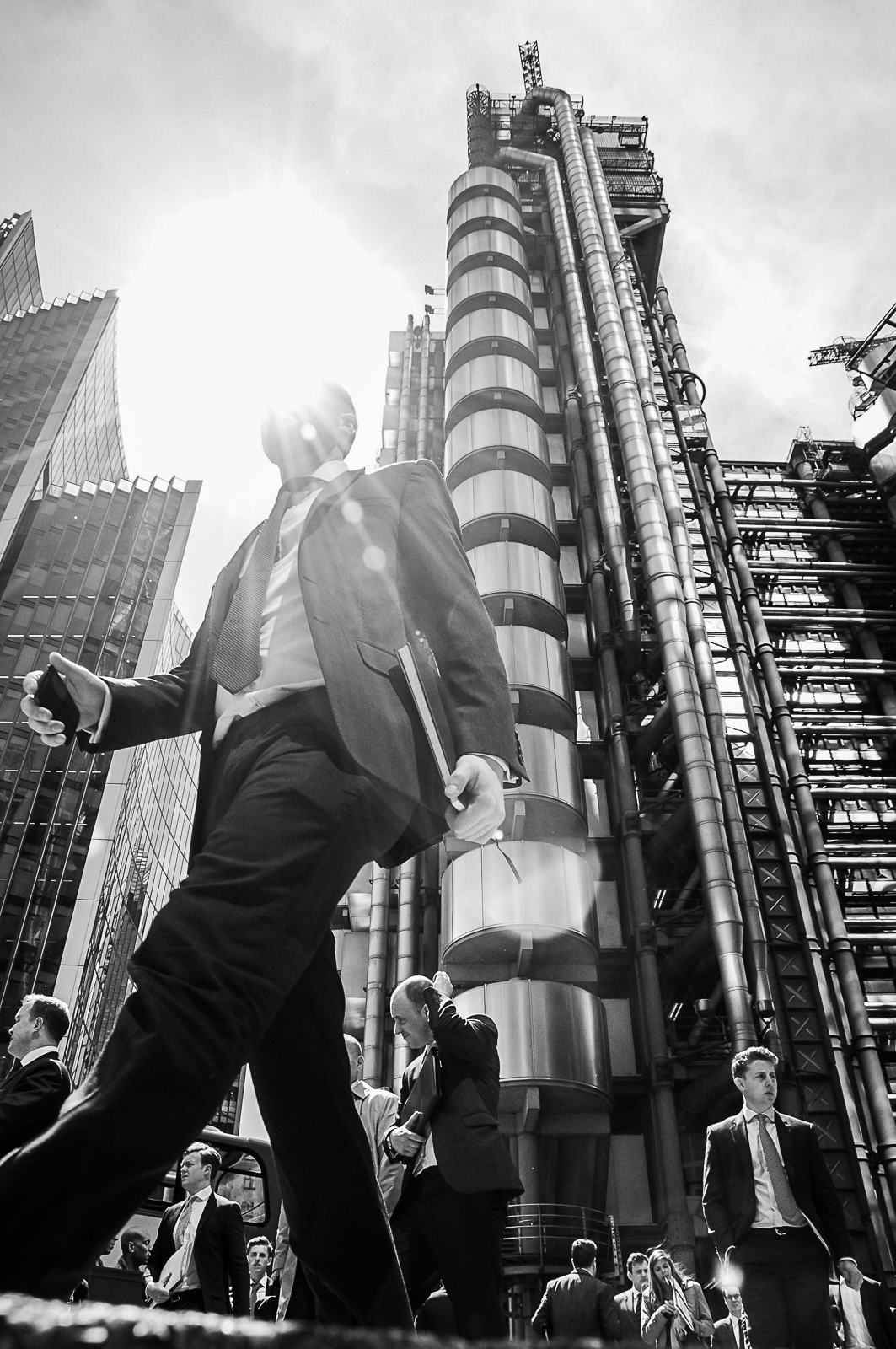 I photographed between London Bridge and Liverpool Street Station in London, England. Black and white photos, which are just perfect for suits. The locations are great too, with tall glass buildings and everyone busily going about their business, leaving me to chase magic. At first, I was concerned about reactions, however London is full of people with cameras. I couldn’t afford small discrete cameras and just used what I had – if you were on the streets, you saw me coming. With terrorism concerns I would also tell the police who I am, what I’m doing and why. They advised me to avoid security and doorways, other than that I would be fine.
I realised I would be watched by CCTV. I’d constantly move about, find places to sit for a while before moving off again. Over time, I became aware of good locations, and worked out suitable routes to wander. Sometimes, I walk like a tourist who’s just discovered something new and act surprised and say “wow” and snap away. If you have suits in your city, go out and capture them, just be aware of local laws. 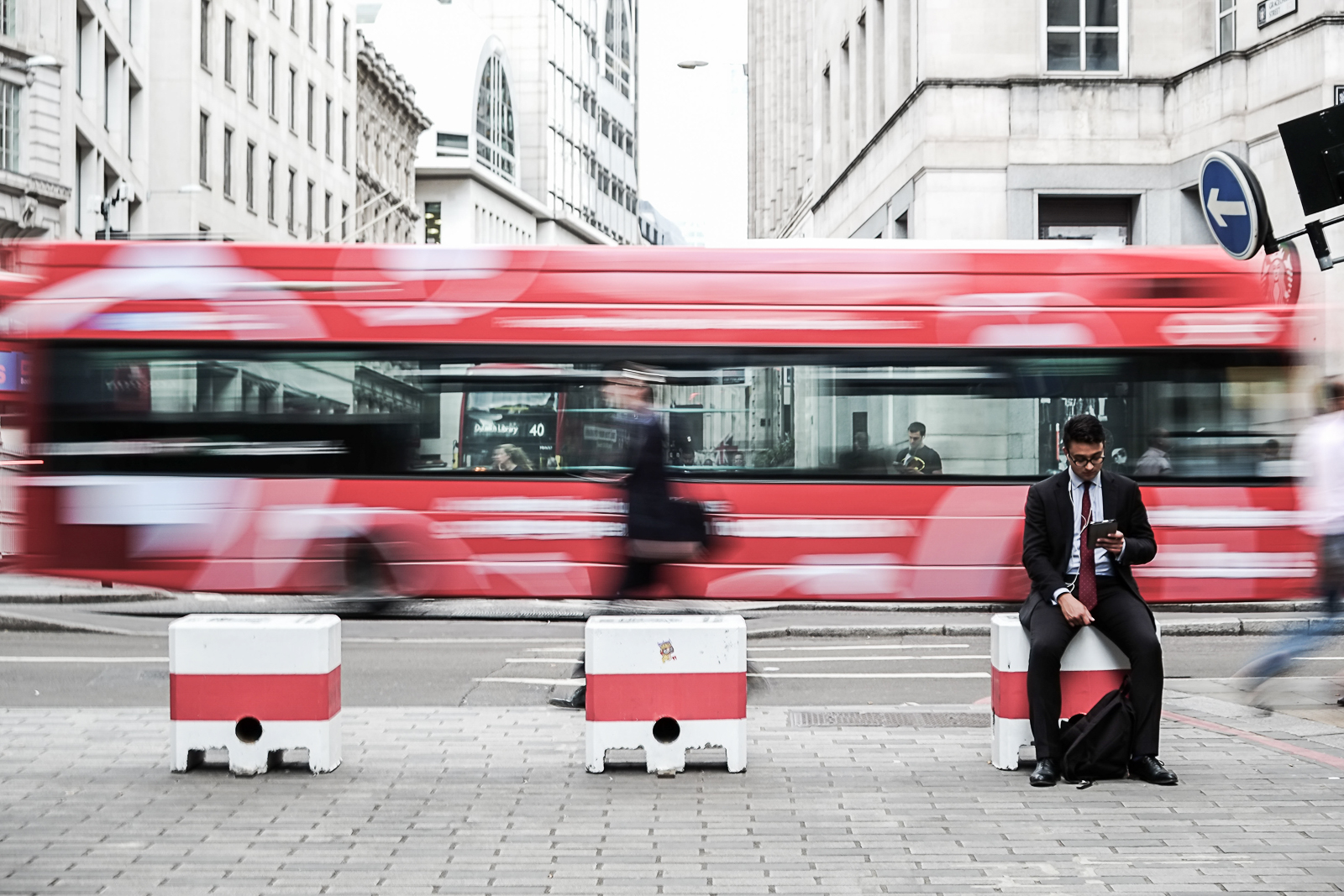 Sunny days make the best conditions for higher contrast images and light bouncing off windows and ricocheting down to street level. Over five years, I constantly visited the same location, sometimes spending a day and others just walking past in 15 minutes. Early mornings, lunch times and after work are the best times to work as there’s more suits wandering. I learned that it takes time, dedication, persistence and conditions to make this work. Being ready way before you arrive and getting into your focused zone. It doesn’t always work, some days you get nothing, other days little gems arrive. However, I kept on going – that’s the key to a project, you just keep going at it.

It also helped having fewer tourist and especially children in the area. I call them distractions. During school summer holidays, London has kids everywhere and it’s overcrowded. This location still had just suits. I choose men, as they are easier to deal with should a situation arise and I don’t want to intimidate women. I wore headphones listening to music at all times, eliminating distracting voices saying “what’s he photographing?”. I had to be mindful when crossing the road. The noise of cars, motorbikes, buses, truck and cycles are all blocked out. Some days it would be chill out tunes and others more pumped up tunes. 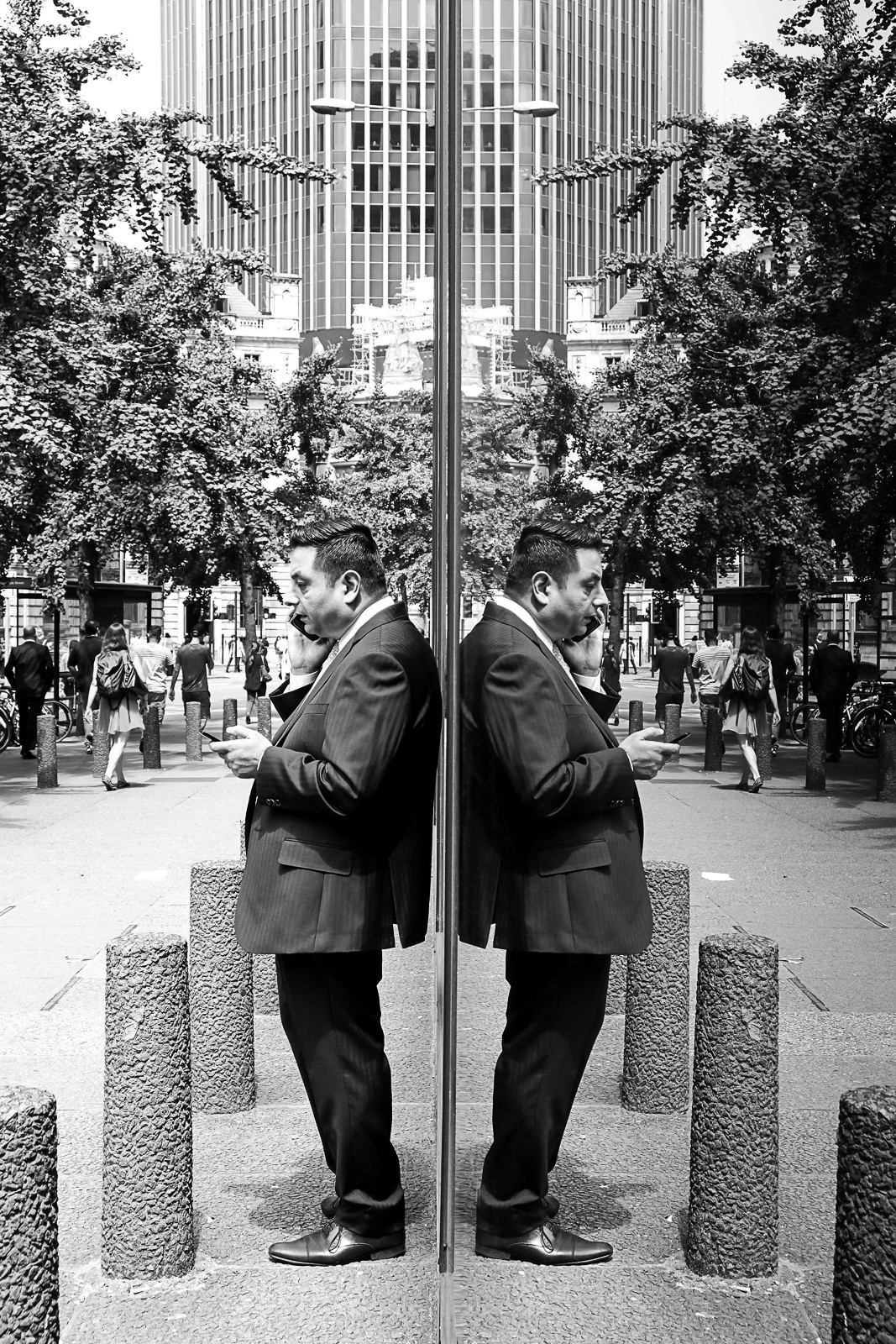 On many occasions I’d sit on the floor, legs folded, dressed down, wearing scruffy clothes. This actually resulted in the suits making an effort to avoid looking at me and allowed me to capture lower angle photography. Resulting in giant characters with the offices as a backdrop. At times I also made slow motion videos too, figuring that one day they’d be useful. Once I was in my zone, I was flying and I loved it. I created an alter-ego “A Boy with a Lens for an Eye” and that’s who I was when I hit the streets. His job was to get the photo and mine was to protect him.

I used whatever camera I could get my hand on – a Nikon D90 – Fuji XPro 1 and Canon 5diii usually at F8 – high ISO for higher shutter speed too. I used Lightroom to adjust contrast, blacks, whites, highlights and shadows with a little sharpening and noise reduction too. 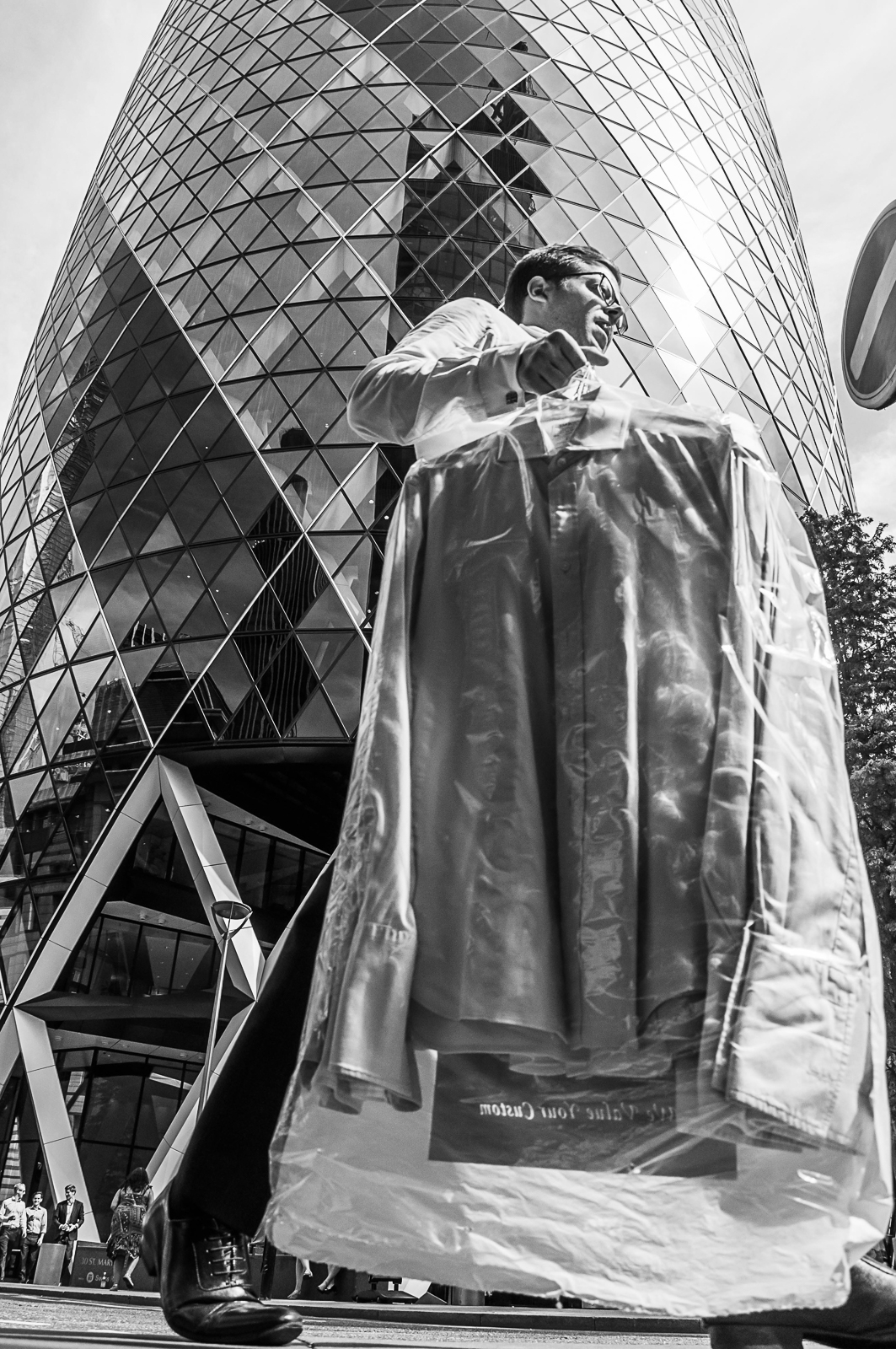 For me this is still an ongoing project and it’s in constant flux and change. Seeking other details about the men in suits. The shoes, papers they carry, baggage too. It’s flowed into other counties; however, I’ve not found a place like London. I also follow as particular style, make the photography as artful as possible.
Each photograph having the ability to stand alone and within a larger group too.

I benchmark my photography. I classify “Magic” photos, which have artistic flair, great composition and cannot be replicated. Then there “Little Gems” which have great composition and action going on. Then there’s “Cream” which is a well-balanced photo capturing the basics of the project, to a high standard – these can be replicated. Lastly, there’s “Magic with Gold Dust” and these are the ones I really chase, it has all the elements of a great photograph, flawless, captures the subject, perfect timing and something that you’ll never see in any other photograph ever again. So, when I go to the streets its “Documenting Life with Art” that’s what I do. 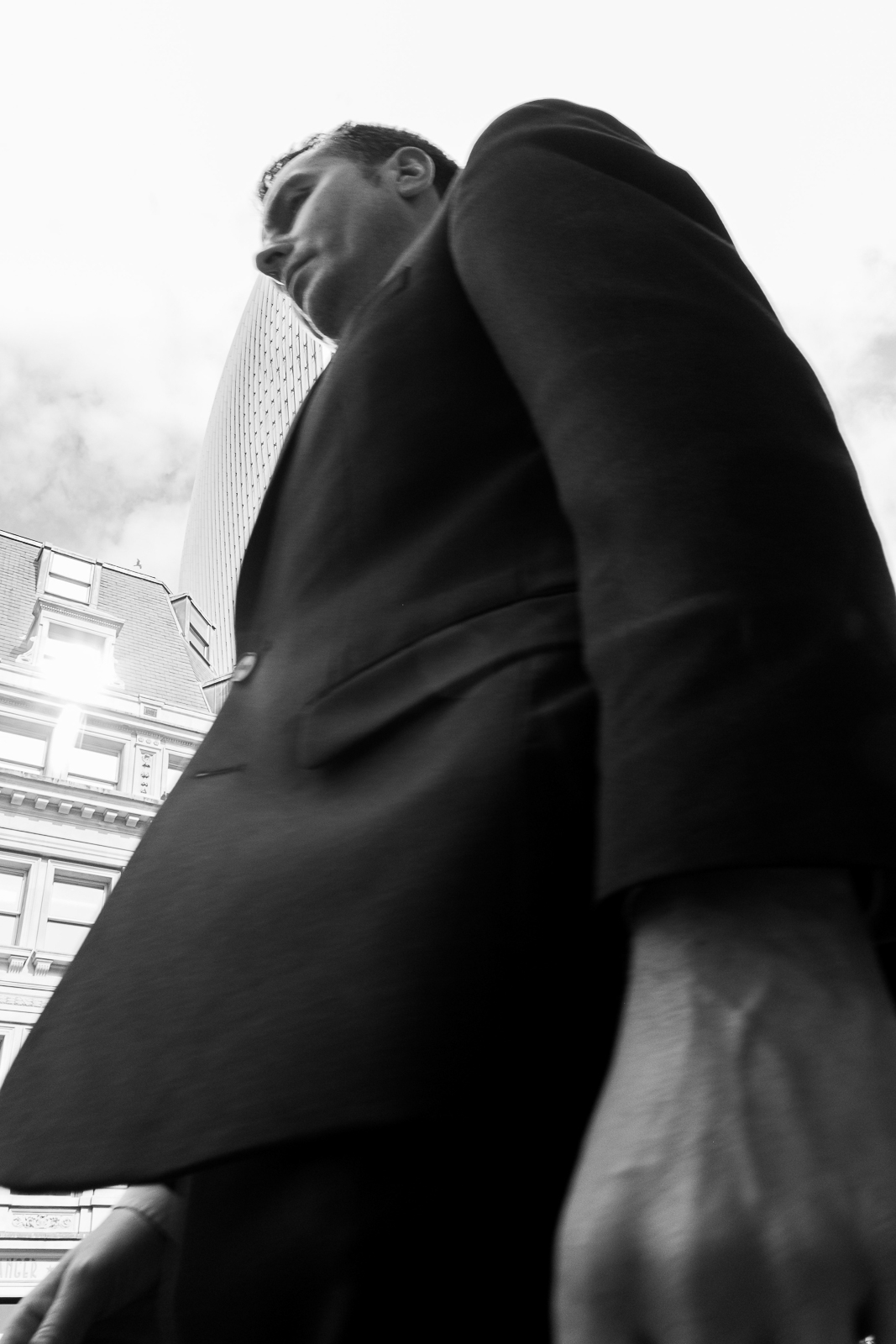 I also ran a series of other projects too, photojournalism “A Study of Protest Marches” and again this took about 5 years. I’d regular attend London Pride and Nottingham Carnival for fun days with a camera. Over time I discovered the best way for me would be to create multiple projects and photograph them all at the same time. So, on my huge walks over London, something tends to come along. This meant that it would take years to finalize bodies of work, however they’d arrive at the same time. A great way to come up with project is to create a storyline and place characters into this, then go out and seek them. It’s just a fun way to keep you on your toes. 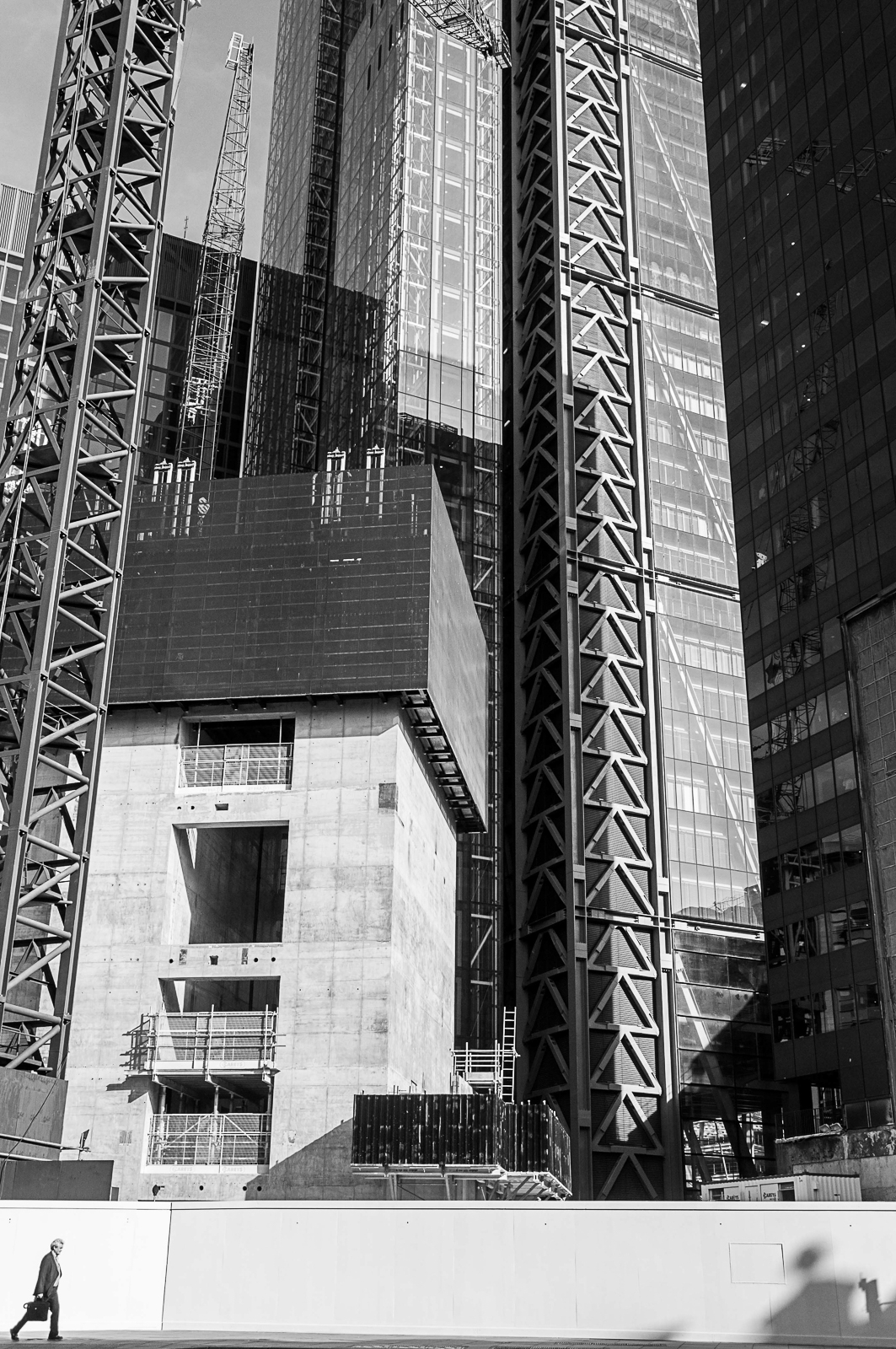 I’d plan days before I go out to shooting, getting my diet and sleeping patterns aligned to have the best energy for a full day of photography. On the streets of London, I met many people, took lots of portraits and also moved into analogue film as well. Post production is a part of the process that I dislike, so for a full year I moved into film, and I’ve still about 100 rolls to develop and print. I do hope people get to see my work; I really can do with a little light shining my way. 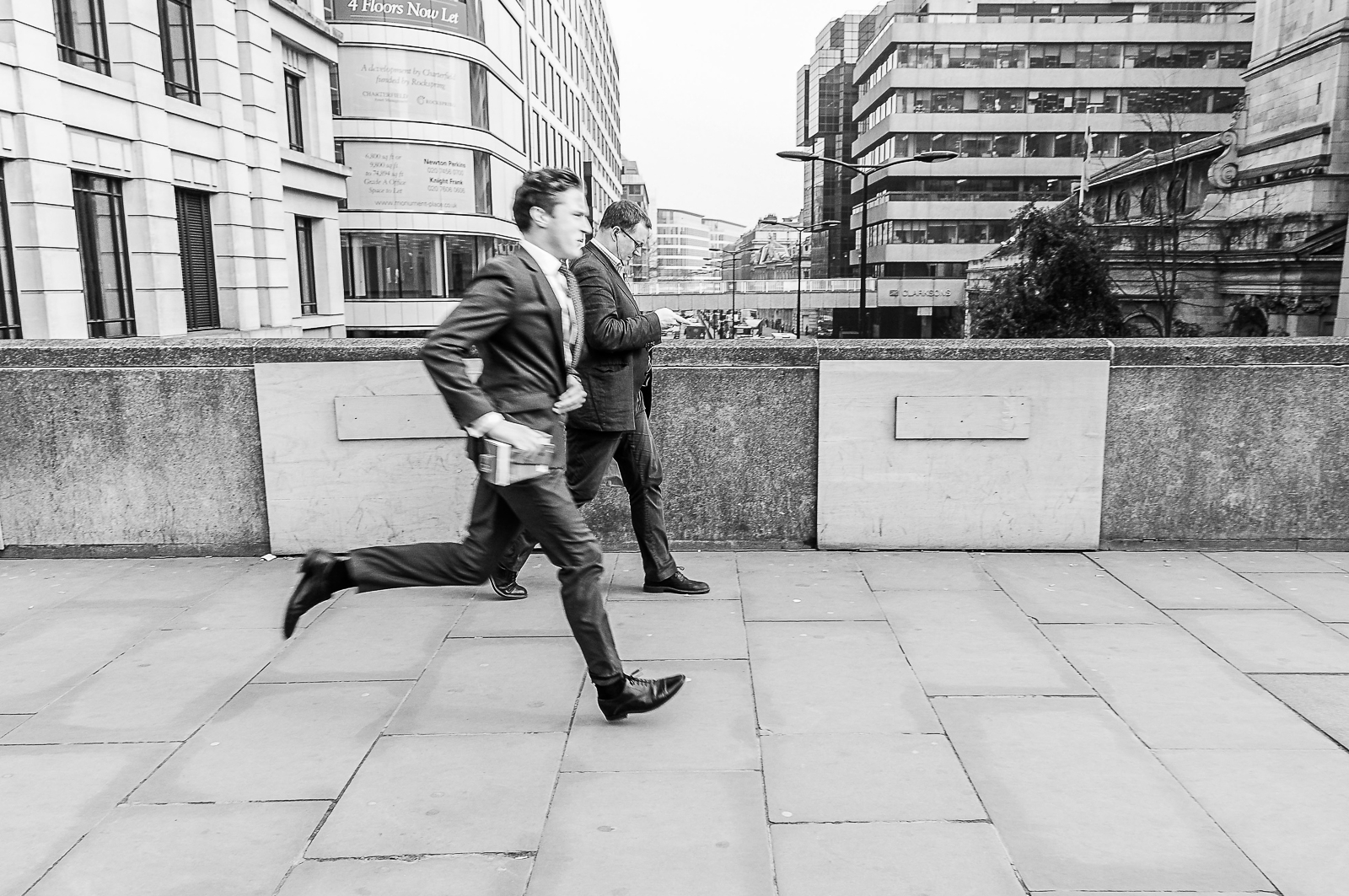