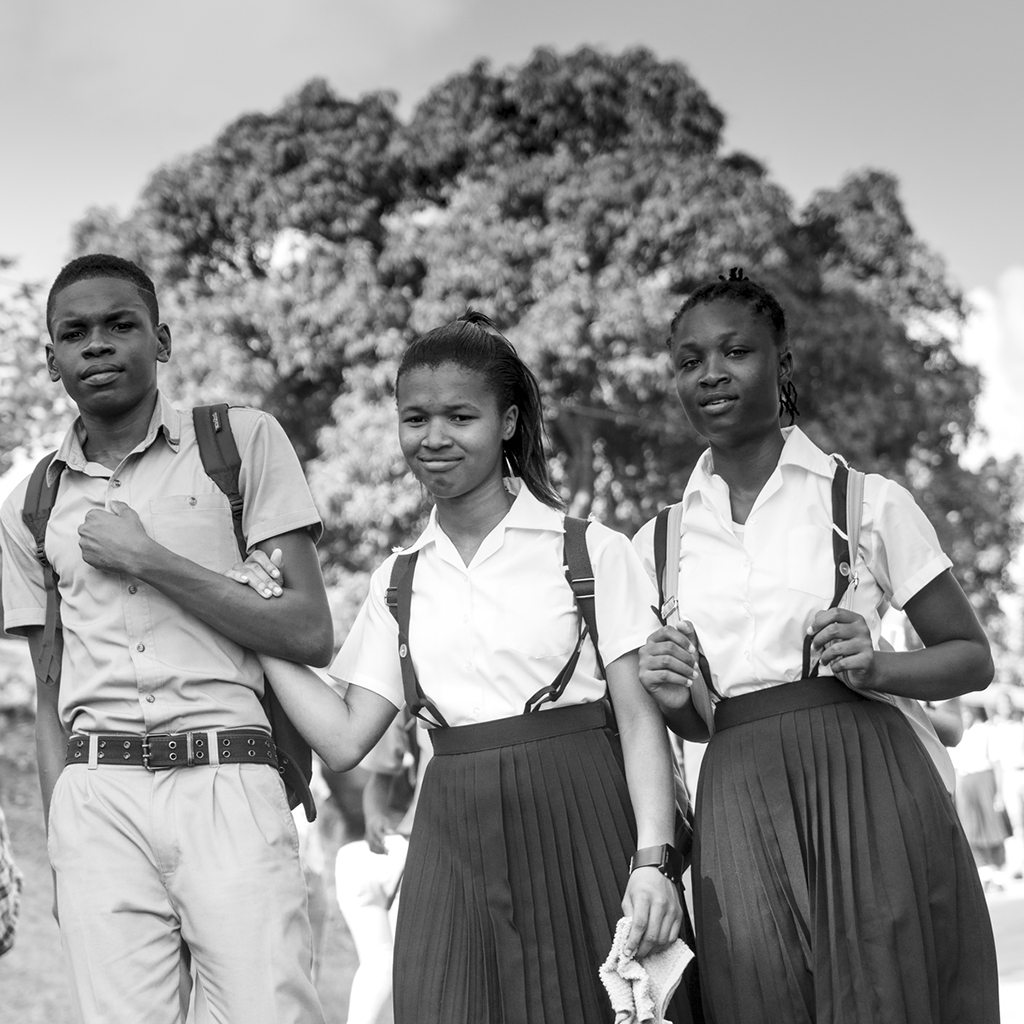 Island Life: “The Future of Jamaica” is a multi-part series documenting the current state of life in Jamaica. Since gaining independence in 1962 and despite making huge gains in promoting civil liberties, health care and increasing literacy, Jamaica’s economy has been in decline for most of the past three plus decades. During that time GNP (Gross National Product) growth has been on the lower end of the world spectrum barely running above 1% annually.

A plantation economy for several centuries in the 1950’s the Jamaican economy began to shift to bauxite and alumina mining supported by strong foreign investment, light manufacturing and tourism. This proved to be a boon for the country until 1973 when rising oil prices exposed weaknesses created by the country’s over-reliance on the bauxite sector. During this same time period the Michael Manley led PNP (People’s Socialist Party) came into power bringing significant but unsustainable social advances. Additionally, Bauxite prices plummeted as Jamaica then the #2 produce of Bauxite in the world was supplanted by Australia and Guinea (and later China and Brazil). This difficult economic period and era of social advancement forced the government into a significant borrowing relationship with the IMF (International Monetary Fund) which continued well into the 1990’s. While this supported a move into a free market economy including services and retail sectors and “free zones” it little traction occurred and by the end of the 1980’s GNP was no greater than where it had been in 1970.

Though the PNP by the 1990’s had shed much of its socialist notions and brought in a great deal of new products and capital into the country it came at the expense of the manufacturing and agriculture sectors. In Jamaica as is the case in much of the rest of the world, these sectors are those that are most depended upon by the poor. The end result is an economy that lasting well into the 2000’s returning negligible, mostly stagnant growth, a primary reliance on imported “finished goods” over those produced domestically and an imbalanced fiscal structure. The bottom line result of this period of Jamaica’s history was a public debt equal to 140% of its annual GDP.

Today Jamaica has begun to reverse this negative trajectory. While GDP growth rates continue to be very low, the government is focusing on creating better conditions for growth through support packages provided by the International Monetary Fund (IMF), the Inter-American Development Bank (IDB) and the World Bank Group. This money is being focused on measured designed to improve the business environment of the private sector as well as to support institutional reformation. GDP growth is forecast to improve slightly in 2016 and yet more in 2017 and debt as a percentage of GDP has been reduced to 126% which while still 8th worst of 156 countries in the world, it’s a significant improvement.

Island Life: The Future Of Jamaica – The Children 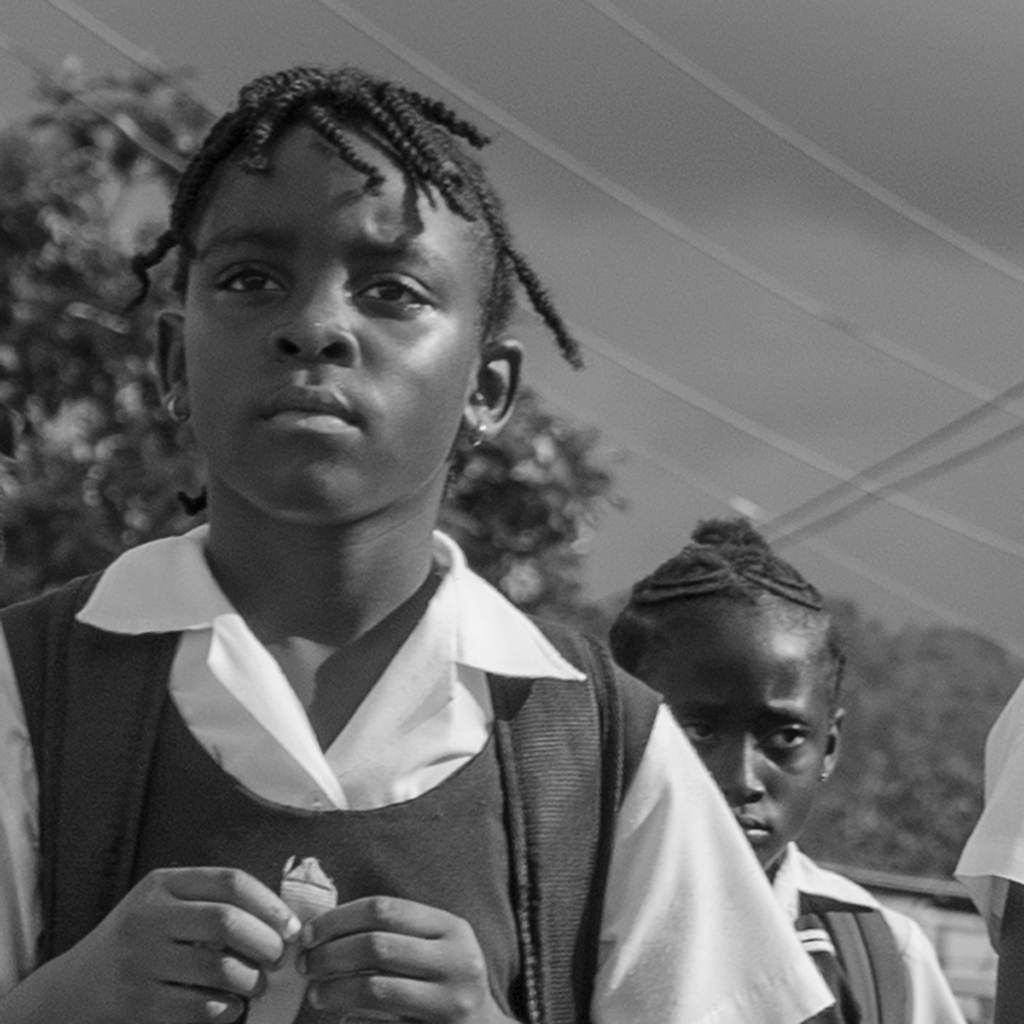 David Decker said that “The future of the world lies in the hands, hearts and the minds of our children.” As true as that statement is for peoples the world over it’s absolutely foundational to the future of Jamaica. This installment of my series looks at school age Jamaican children. With literacy rates approaching 99% there’s a clear recognition that preparing their children to take on and mitigate the policies and decisions made over the past century and a half is imperative. These children are the future and despite looking and behaving like children the world over, one can also see the level of responsibility and gravitas that weighs on their beings. 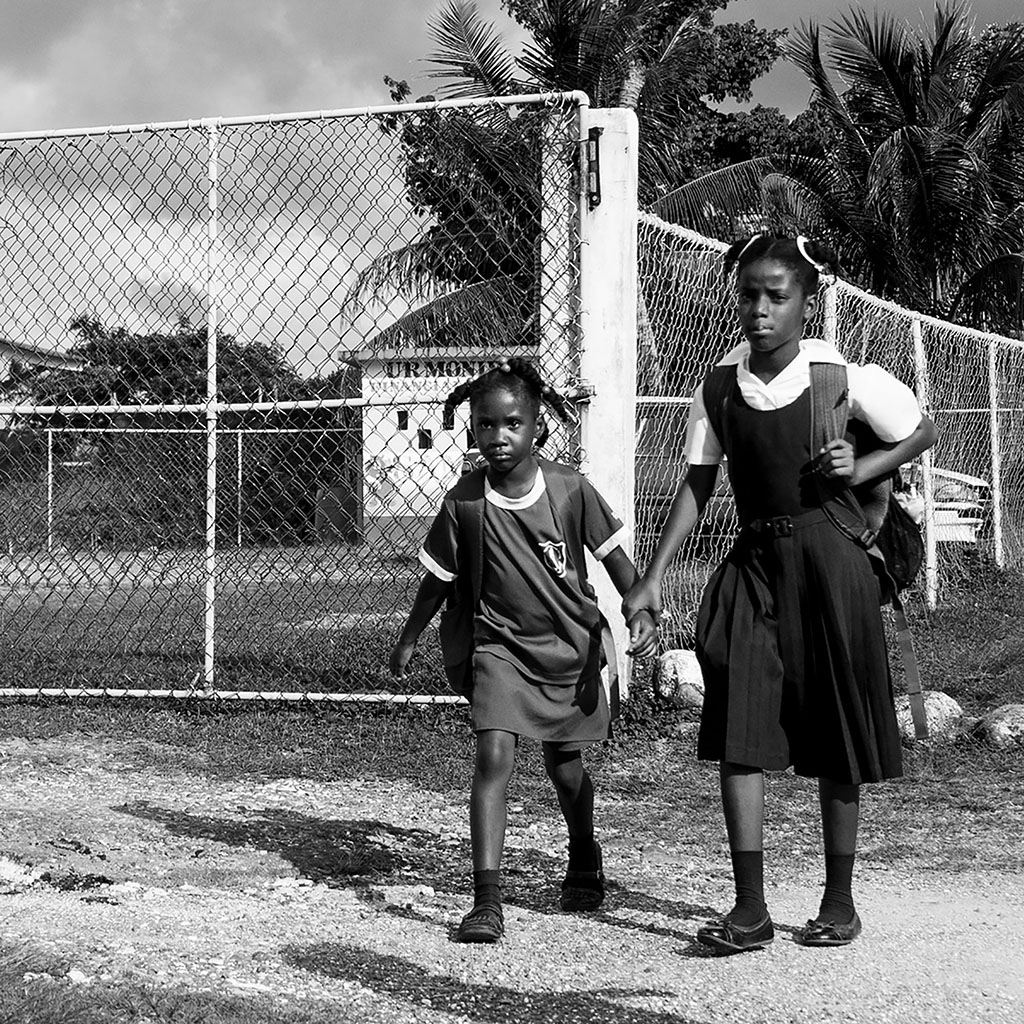 Taking Responsibility By The Hand

Prospects while improving are not yet bright. Even with the strong societal focus on education and the mobility that should create; the average youth unemployment rate currently runs to the mid-thirties. Overall unemployment is estimated at 13.5% with young women being a disproportionate balance at 18.5% versus a rate of 9.3% for men. 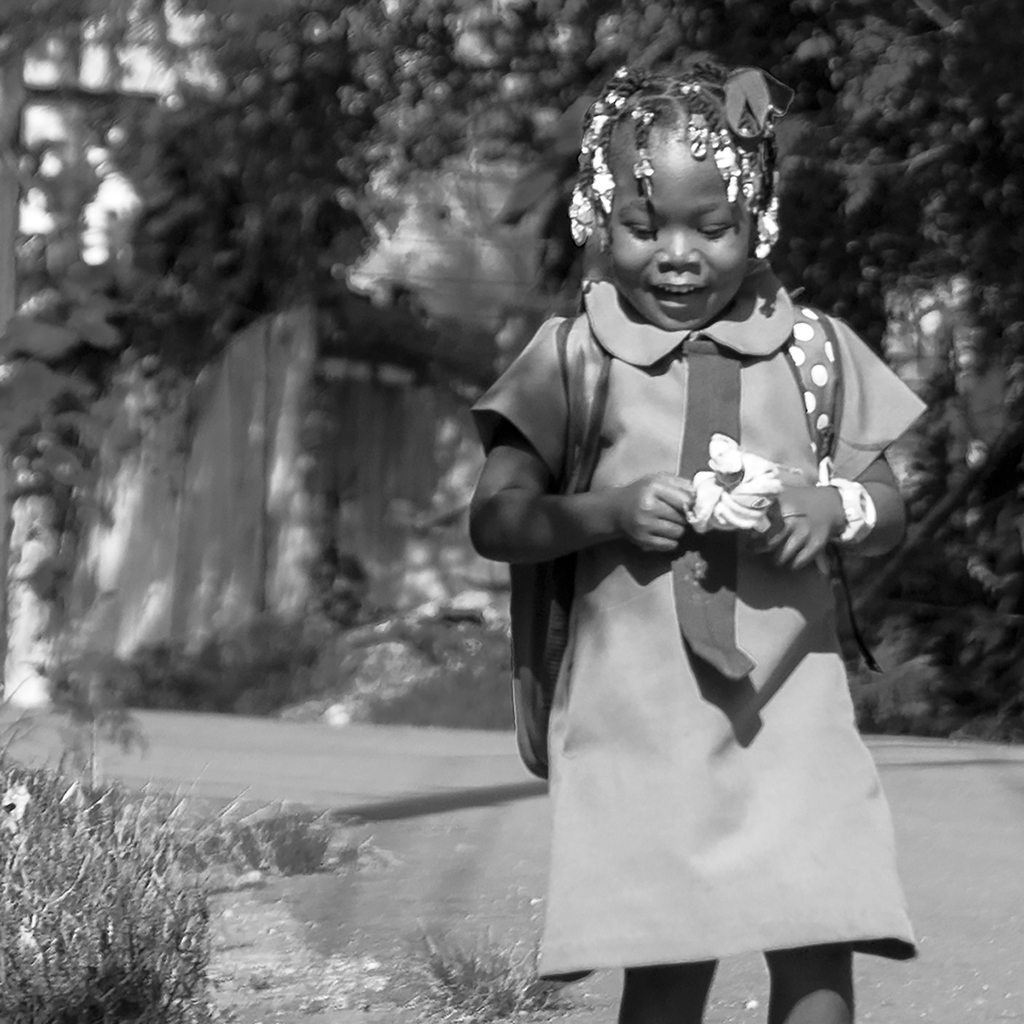 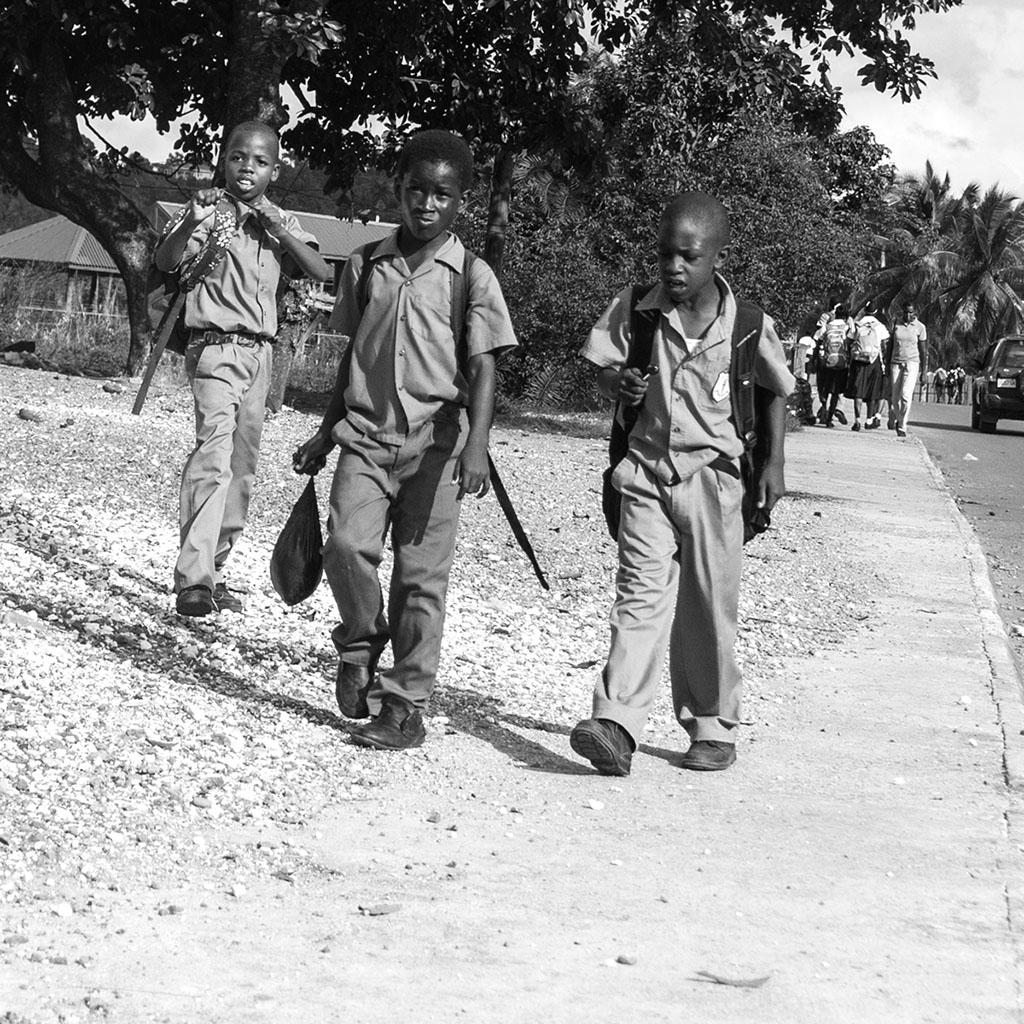 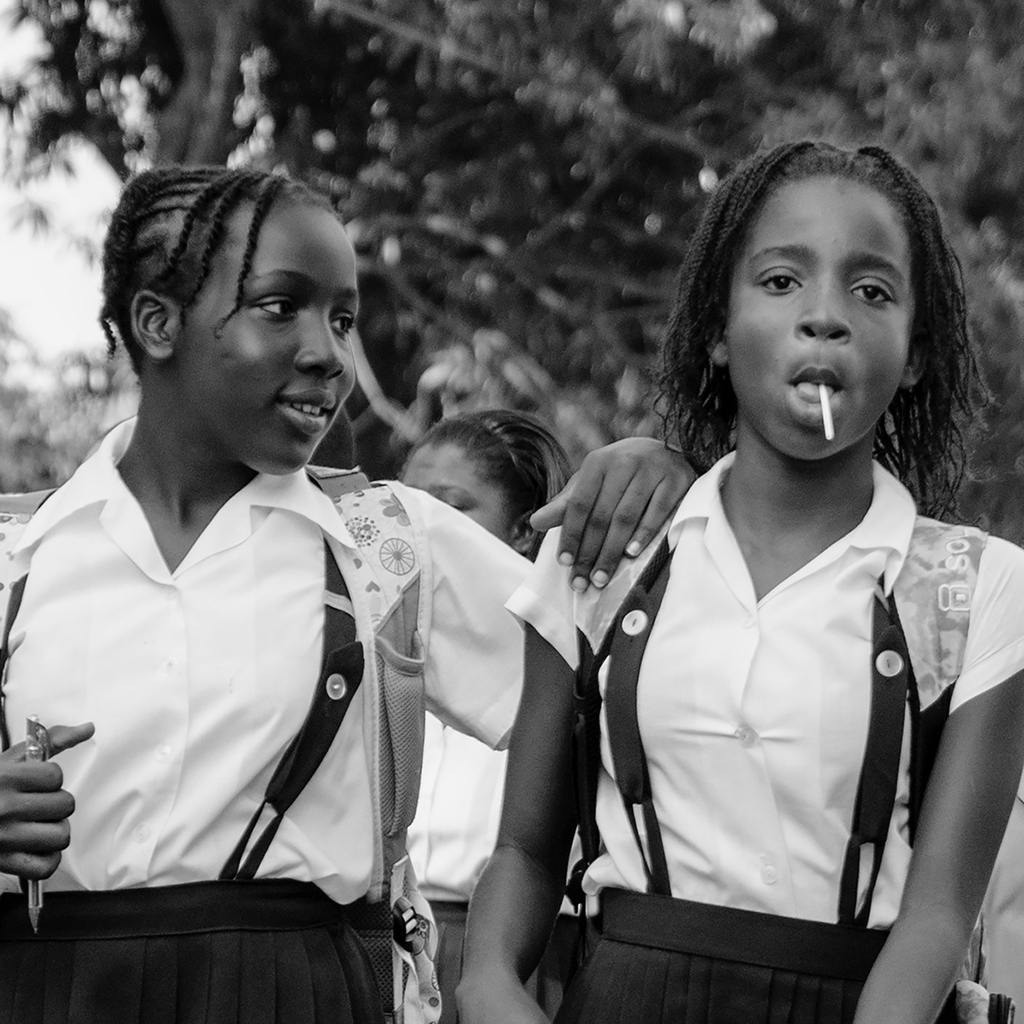 Most visitors to Jamaica are only exposed to the carefully crafted and maintained façade of comfort, abundance and laid back relaxation presented by the resorts which are the foundation of the Island’s tourism trade accounting for 70% of annual GDP. 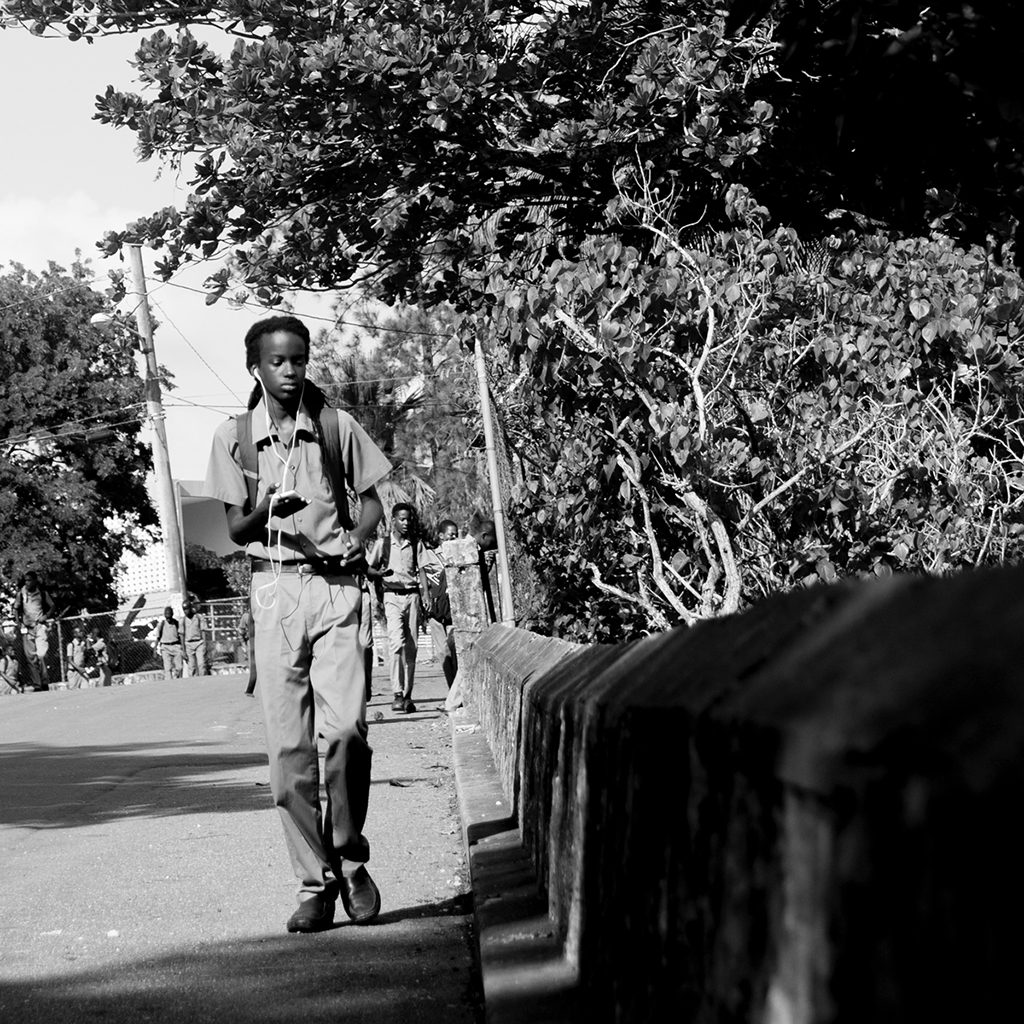 Those who are willing to venture outside resort walls or even just willing to look and take in the reality that’s passing outside their car windows during the drive from the airport will see the crumbling infrastructure and poverty that is endemic across the island. These children’s parents make great sacrifices to ensure they are educated and in turn these same children bear a great responsibility to undo what has been left to them. 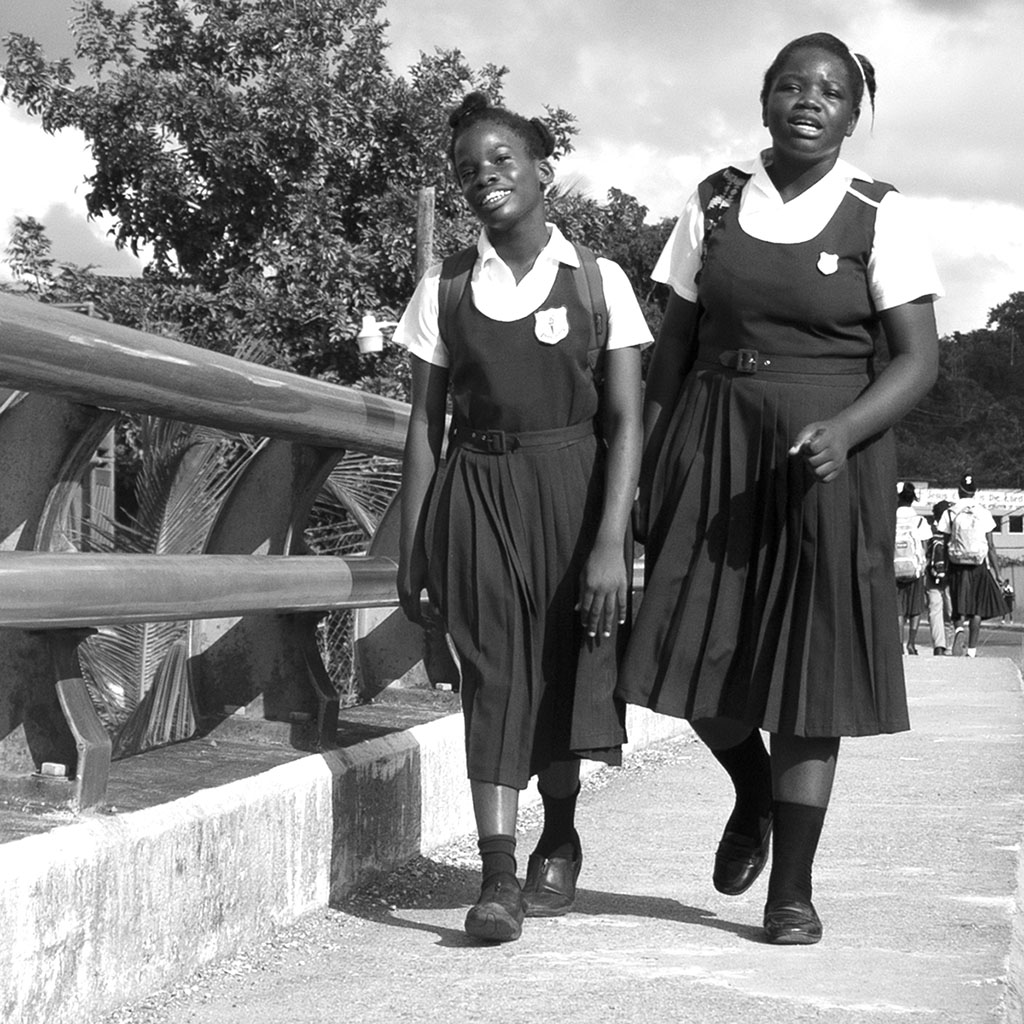