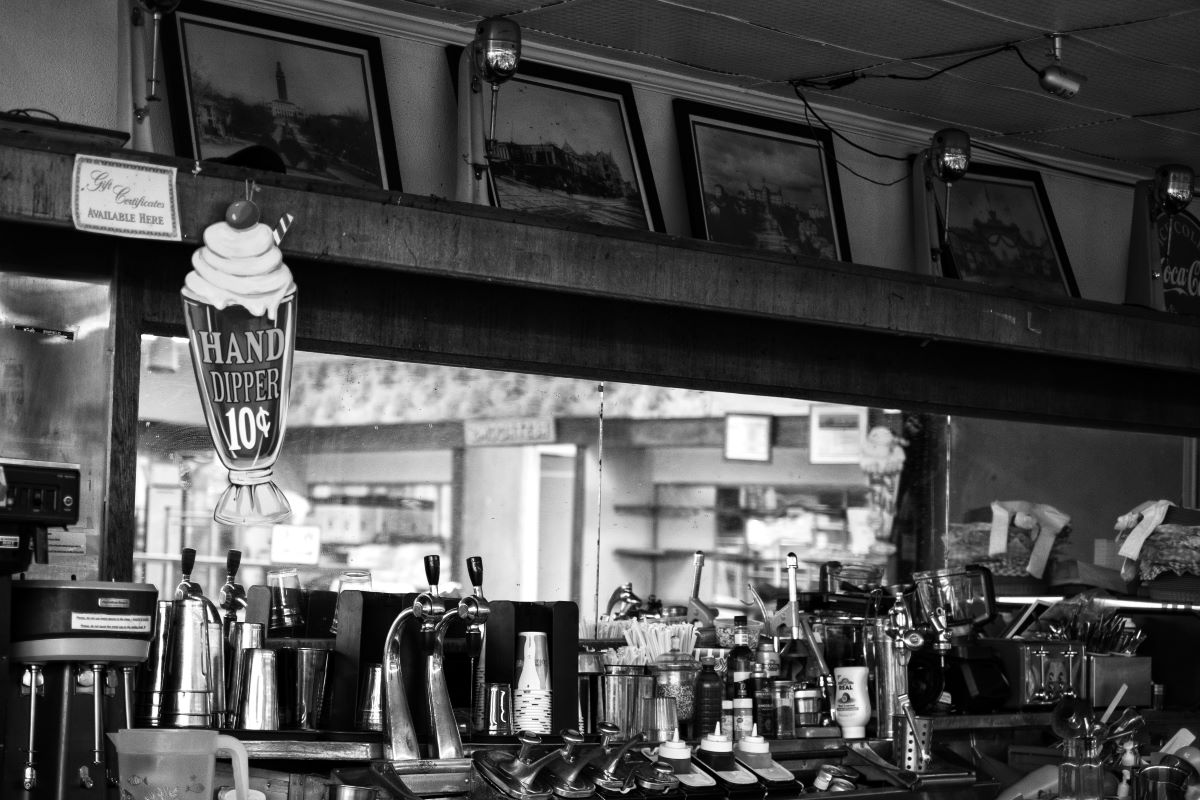 March 2020 was the time of the Big Pause. The year began as planned. A year of travel for photography was lined out: New Orleans, Oaxaca, Lisbon, NYC several times, Phoenix, UC Mardi Gras (riding on a float no less), Oaxaca as part of The Giving Lens (delivering cameras to young girls in a remote village, Lisbon for street photography, Santa Fe, London and India. Whew! All were booked or almost booked. And then March 2020 showed up.

Sharing a bit of background, I am a single person living alone and always supposed that I am an incredibly happy introvert. I get to make my own schedule, create when I want, write when I want. But wait, things don’t totally make sense. I know that I also must be amongst people whether they are my tribe or not. One of the highlights of my week is to meet with other photographers talking creativity, light, projects and sometimes even gear. I crave travel with a group of other photographers who become almost giddy at the opportunity to capture a unique shot whether it is in urban or rural settings. I know that I must have this interaction and get great joy from it. So, was I wrong? Rather than an introvert am I a happy extrovert? Which? Introvert or extrovert. I have learned there is a much more descriptive term that isn’t used much. Like my favorite black and white photographs, people reside in one camp or the other-introvert or extrovert. But I, my creative friends, am an ambivert. I find this is quite an agreeable combination for a photographer of the streets who yearns to interact with anyone and everyone but then must be quite content to sit at the computer downloading and tweaking the images captured.

This ambivert has found 2020 to be exceedingly difficult. Plenty of the home alone time but what about the typical creative photography work done on the streets? To find a spot and park myself on a bench or leaning against a wall and wait for the action to happen is my happy place-always people, always situations, always life to capture. Always. Until March 2020. 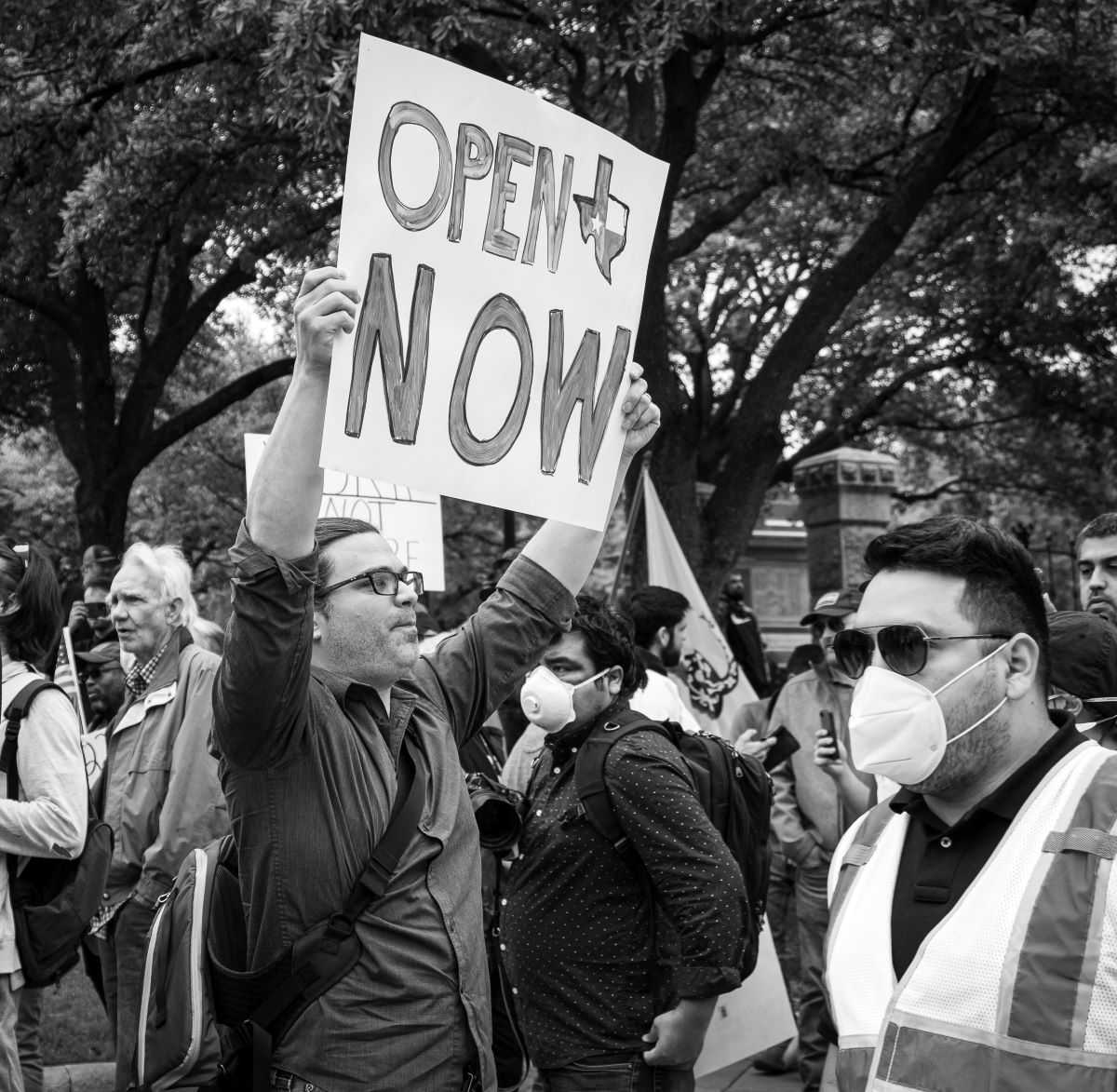 As I returned from a trip to Lisbon with memory cards full of images to edit the Coronavirus became top of the list news. And then came another reality, the lockdown. Surely this would all be gone in a few days, right? I had trips scheduled for more shooting with the all-important Fotofest 2020 in Houston which was on the lineup first. With confidence, I traveled to Houston for this event excited to have my work reviewed by 20 world renowned photographers. I had been waiting months for this. But on Day One, I woke up in Houston to an email saying the entire event was cancelled and for everyone to go home. This was a huge disappointment for everyone involved with even the organizers shedding tears as they closed the event. Surely this would be the end of the situation. No, it wasn’t. Sadly, it only became worse as our cities, country and world began to suffer the effects of a pandemic like we had never experienced. 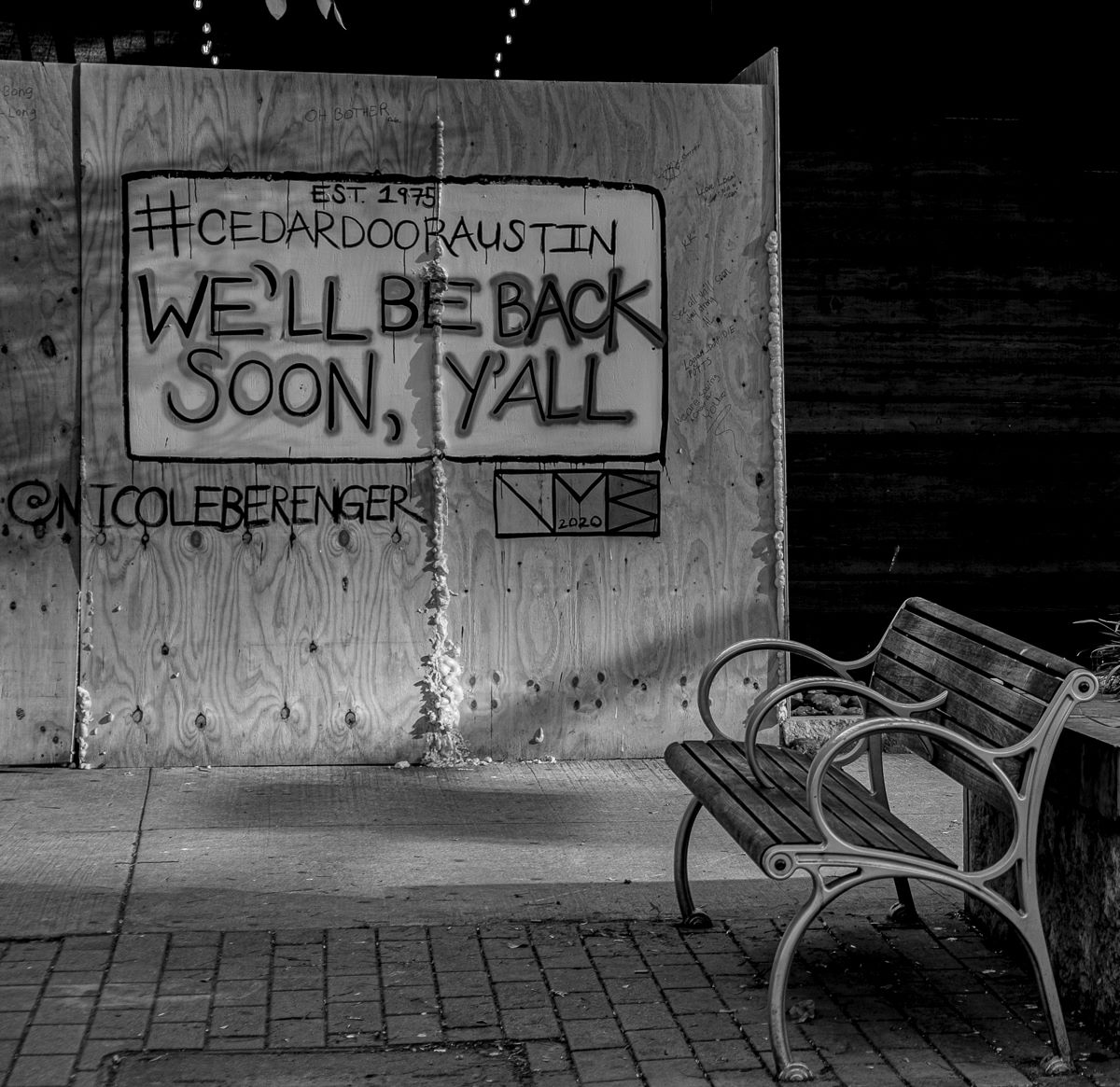 Back on the home front, after 7 weeks of introversion heaven and extroversion hell I knew that my withering creative soul needed to be pulled out of the funk. I hadn’t picked up a camera in weeks, trips were cancelled, talks I was to give were cancelled, 2 gallery shows were cancelled, but what? Was I going to let this suck the life out of me? Hell to the no, I wasn’t. So, what do I do? I pivot. 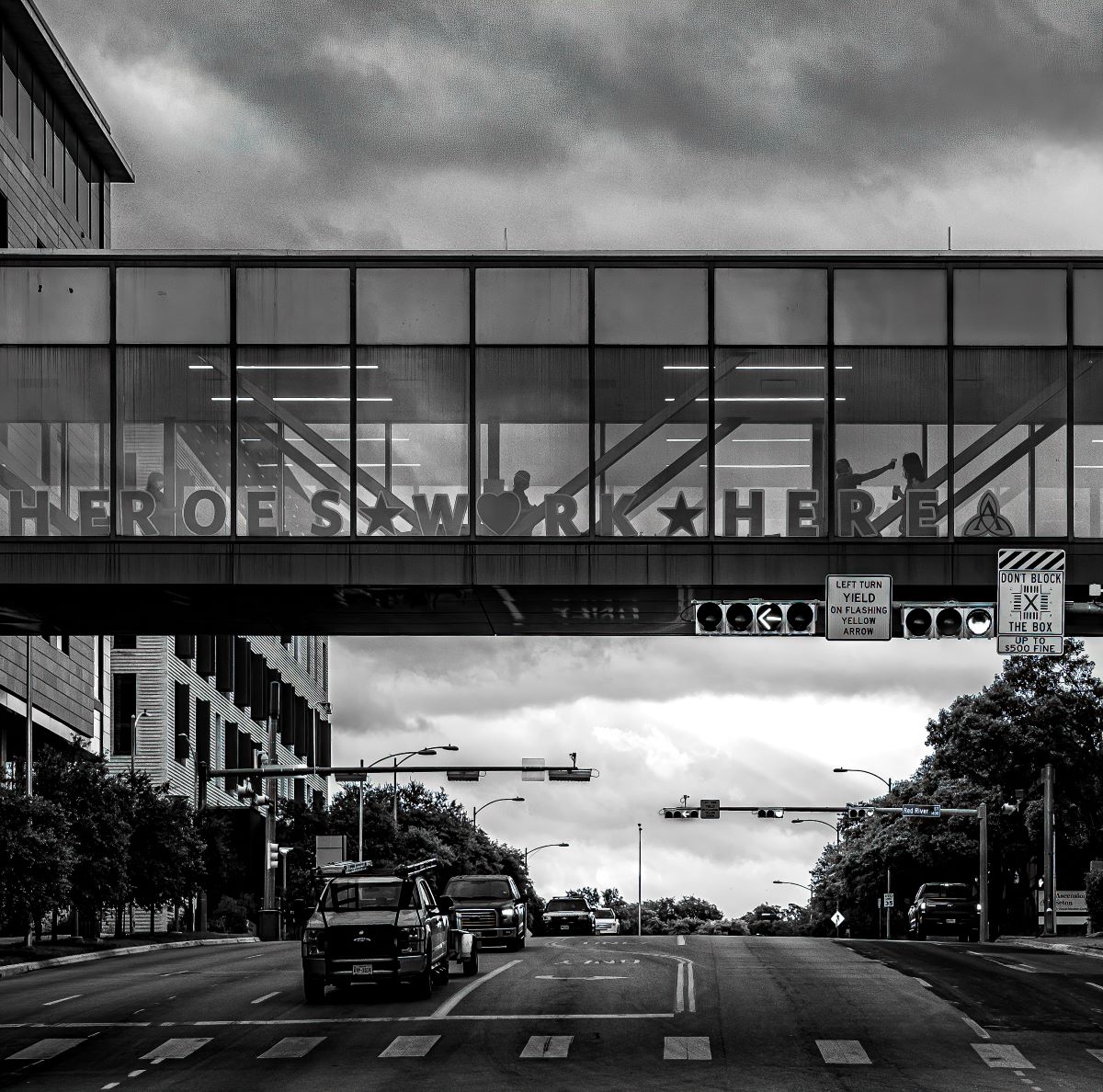 I knew that I must get my camera back in my hands and shooting. But what? In driving the streets near my downtown home there were no crowds, no people, no life on the streets per se. But there was something else. There were things I had never noticed before primarily because people had always grabbed my attention first. Now I noticed signs, street art, sculpture, mosaics, architecture and lots of nuances which had always escaped me. And now I realized that, in fact, there could be projects on the streets without people. Stores, shops and businesses which had closed and were starting to show signs of abandonment revealed an aging beauty and interest. There were no cars and no people to detract from them. Urban sculptures standing solo without humanity streaming by allowed me to capture the still and quiet rapture intended by the artist. 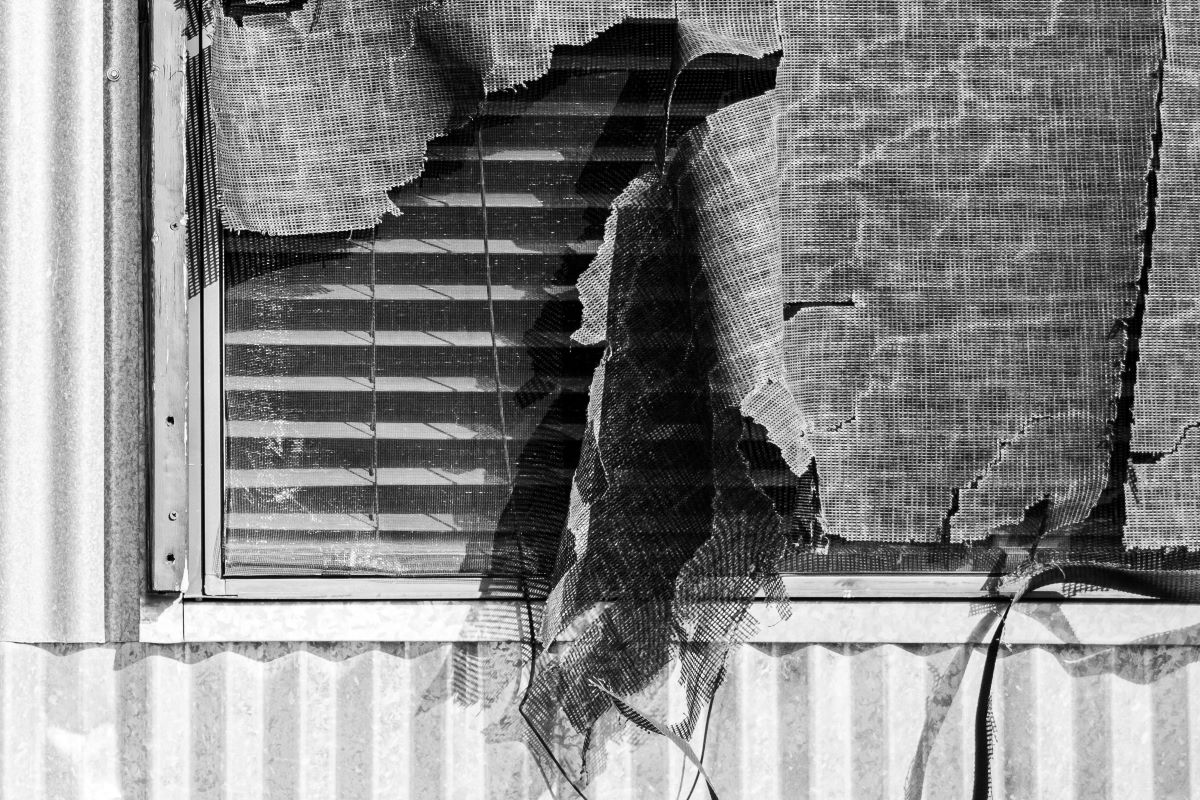 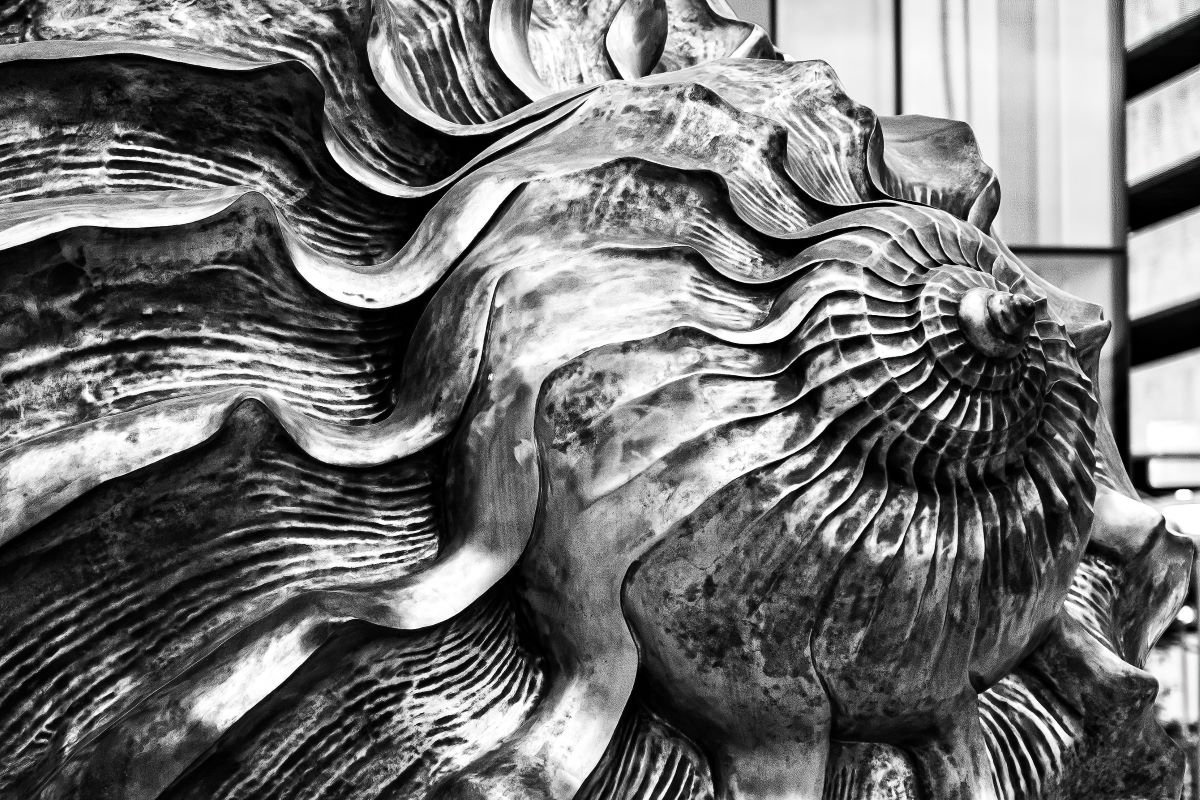 While I do not claim to be an aptitude as a still life nor architectural photographer, I began to see stories unfold and therefore projects appear. This ambivert could get out and create while drawing on the energy of people in their absence while going it alone. I needed to open my mind and spirit to the possibility of something new and different. I felt I could not get excited about photographing fruit in my kitchen (although I can sure learn about using natural light with my numerous windows), but I can be open to the possibility of expanding my interests. My street photography can grow in a big way beyond the traditional definition of it. 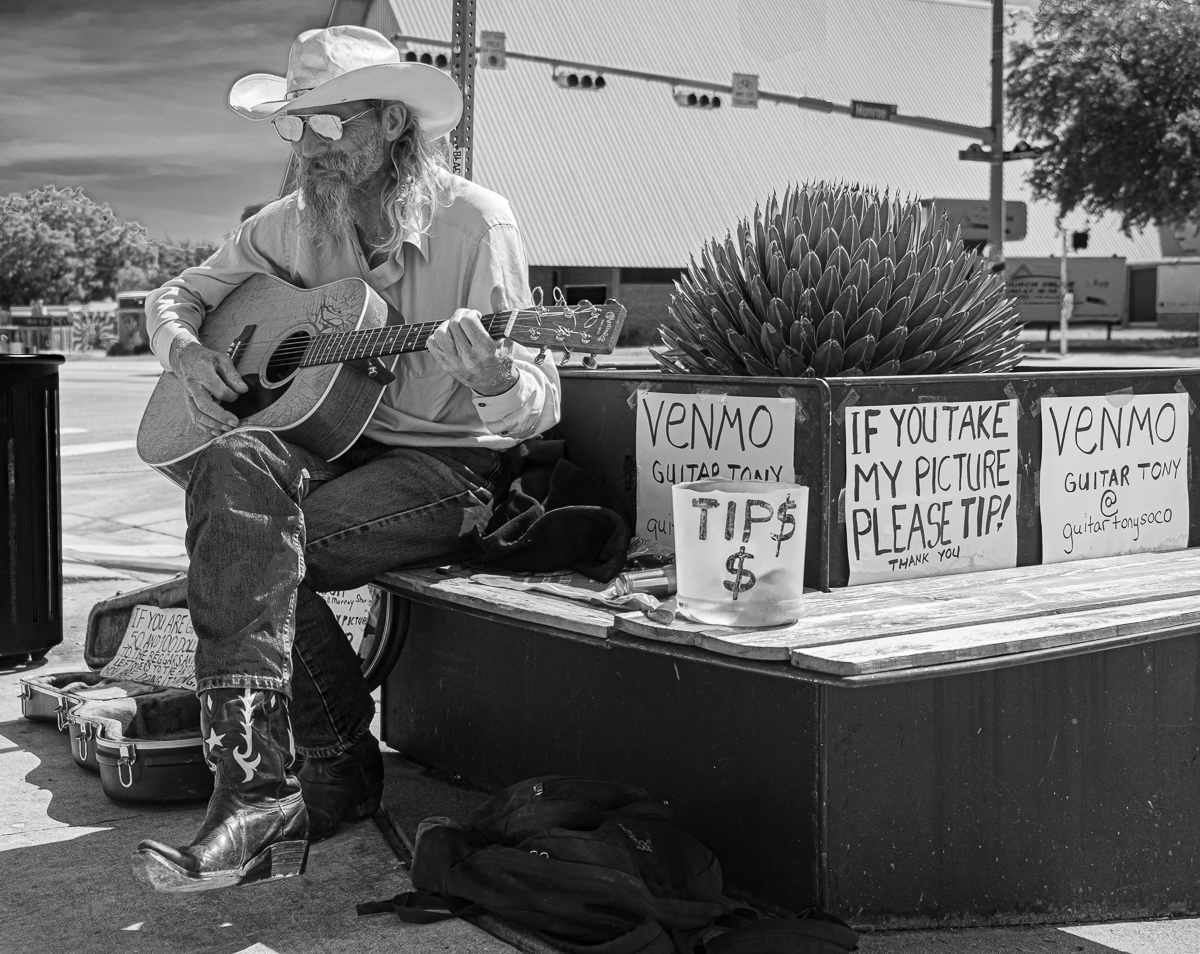 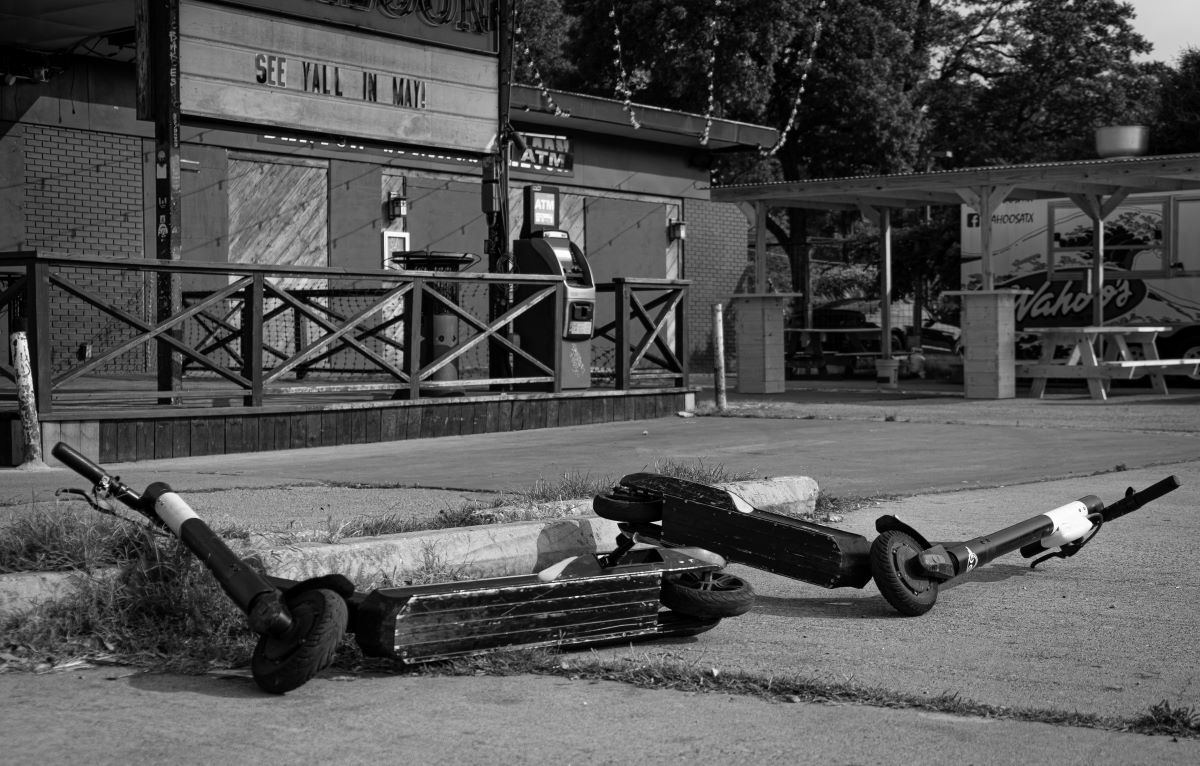 This discovery of new possibilities for creative growth opened my mind to possibilities for learning online (homage to the introvert self) and subsequently now have some new techniques in my toolbox. These are certainly not new to others but new to me, a person who just might have been stuck in my rut of thinking and doing things in only one way. I also investigated some new tools (to me) in Lightroom. I had always thought I only wanted to use 3 or 4 of the tools available but I found that with about 5 seconds more I could incorporate some more interesting feeling into my captured images. Who knew? Apparently, others, but not me.

I investigated and purchased an affordable microphone and ring light so that I now produce my own videos for YouTube as well as doing some invited talks via Facebook Live. These are all activities which I had pooh poohed in the past saying that Hell would freeze over before I ever produced video content for the internet. Hell. Frozen. And by the way, “Hell Has Frozen Over” is a project I have developed and posted on social media. This is based on new activities I swore I would never do but in lockdown mode I found myself doing. This became some humorous content for Facebook to stay connected to friends and to have them laugh along with me and share their own experiences.

Lastly, I have spent some of my introvert time in meditation and reflection on possible projects for my photography. Also, something never done before. I always took the “hair on fire” scattergun approach of shooting everything that stood still (or didn’t.) I now have 6 projects that are in progress and will grow once people are out and about on the streets. My extrovert self is fairly sizzling with excitement. The occasional person I encounter on the streets who may not in the past have been of any interest now captures my appreciation for being there and for allowing me to add them to my project catalogue.

Introvert, extrovert, ambivert or undetermined. We are all creatives who can create if we allow ourselves the space and freedom to think not only outside the box but with no container at all. Creativity knows no boundaries.