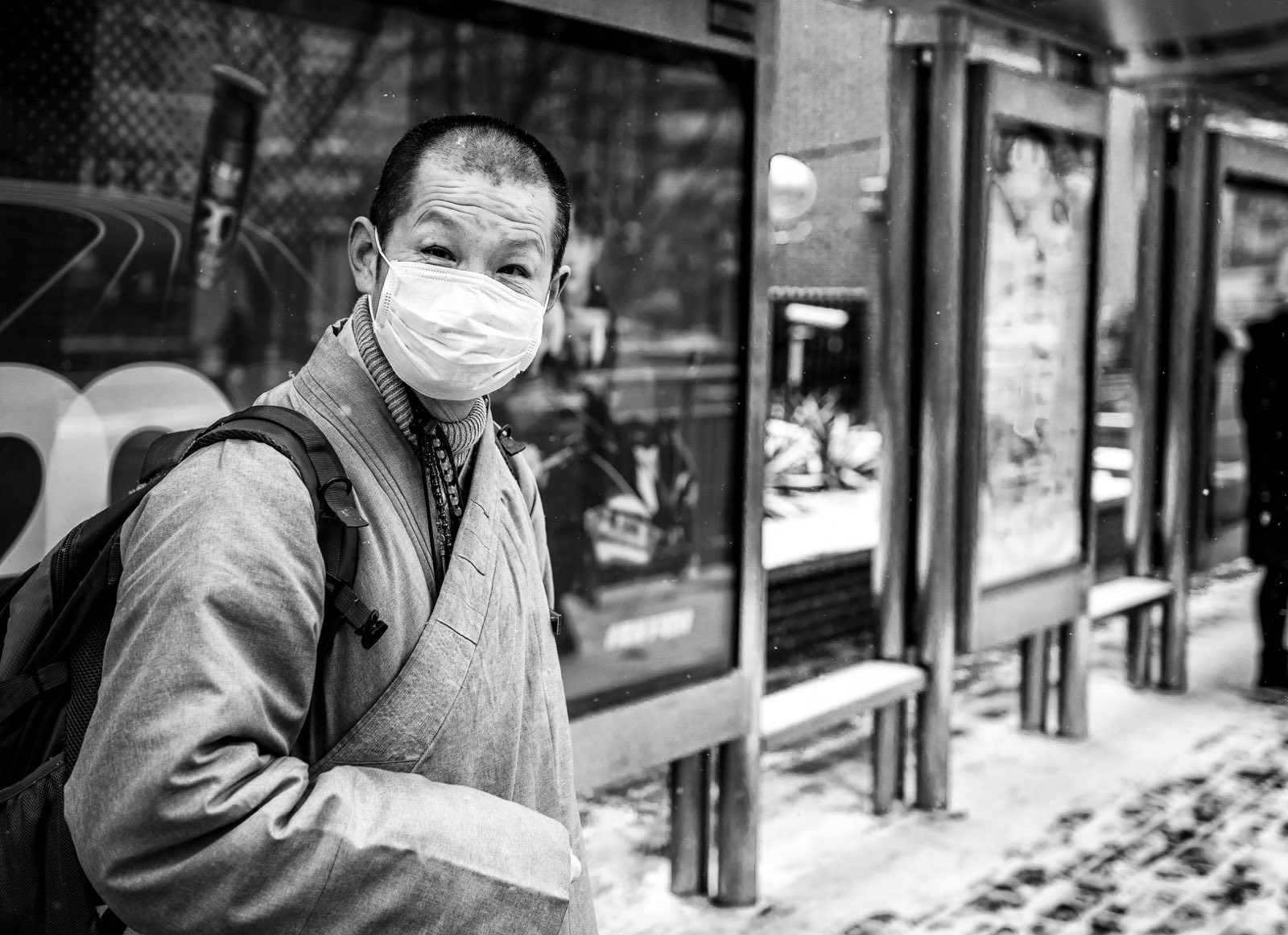 Street photography is a tricky endeavor as it is. It becomes even trickier when the country you live and shoot in has been immobilized by a coronavirus outbreak that’s killed nearly 1,700 people and sickened tens of thousands more.

I’ve been shooting street photos in Beijing for almost two years and never encountered any problems of any kind until about Jan. 20th. That’s when reports began to circulate about some sort of viral outbreak in Wuhan, an industrial metropolis of 11 million people at the center of the outbreak in south China. Nothing much at first, just warnings not to travel to Wuhan that got stronger as the days passed.

The warnings got so strong, as a matter of fact, that like most Beijingers, I began to regularly wear a mask and avoid public places. I only went outside when necessary to buy food and household supplies.
I also shelved my “In The Neighborhood” photo series out of an abundance of caution and because people these days are understandably much more mindful of their personal space and the health risks of interacting with complete strangers. 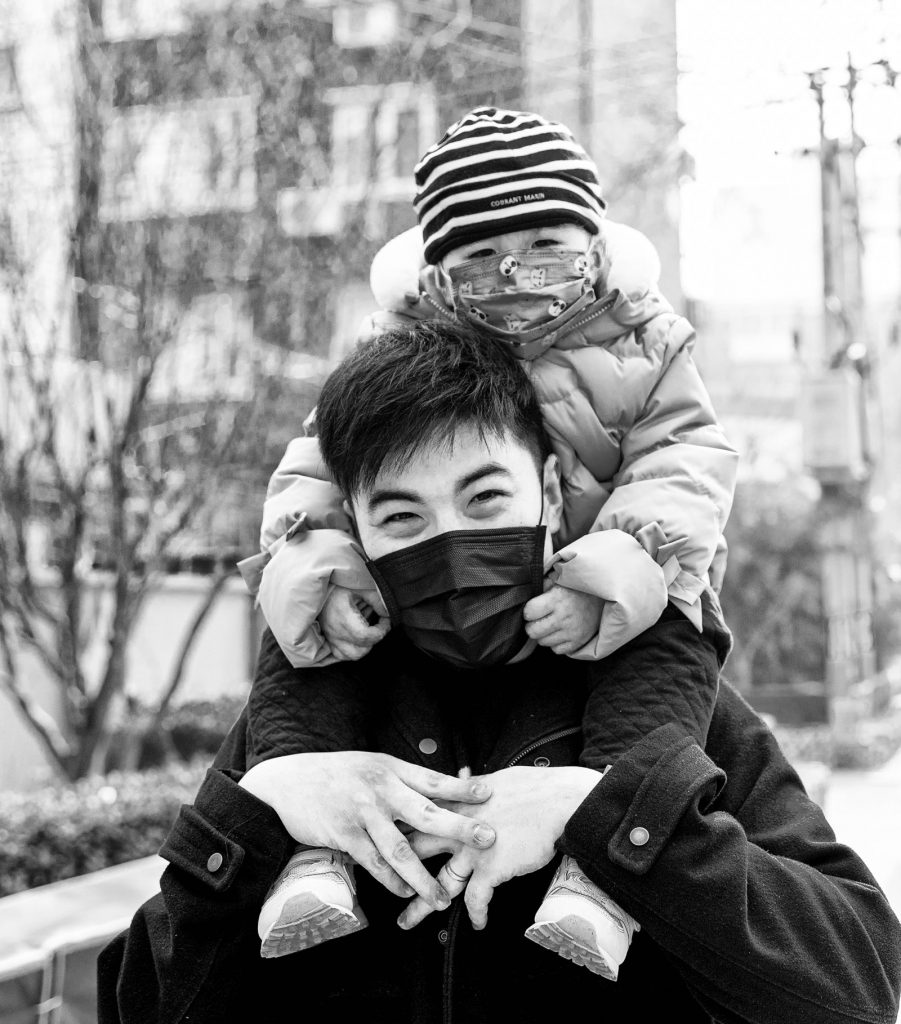 That’s left me shooting only when out on brief food runs and only maybe for 30 minutes instead of as long as needed before.

I haven’t gotten a definitive shot yet but when I’m out I’m looking for expressive loneliness, frustration, despair at the situation Beijingers sometimes find themselves in through no fault of their own.
What’s changed to my approach to street photography? Lots of things.

First of all, I’ve switched from a .35mm Nikkor lens to a 24-70mm and an iPhone 8 to create more physical space and don’t get nearly as close to my subjects as I used to. 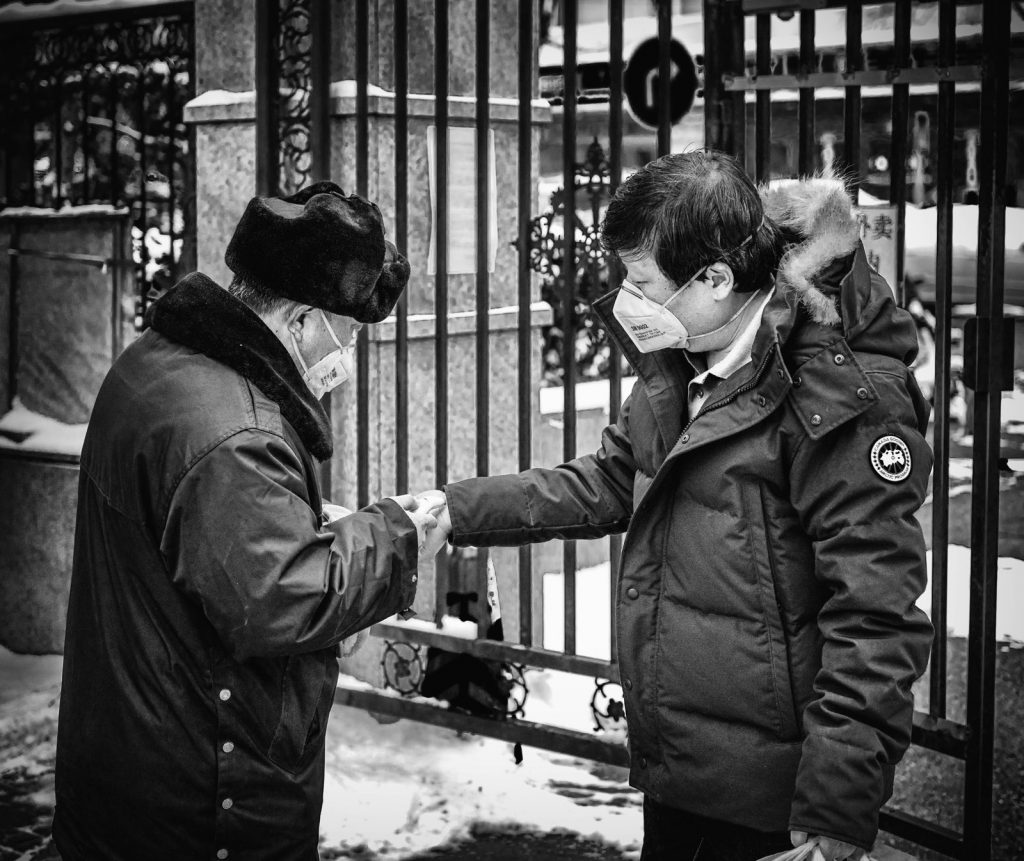 That’s for their good health and mine as well. You never can be too careful with an epidemic like this and there’s no need to take unwanted risks.

I’m also more of a photojournalist than before. I am a reporter/editor after all — 22 years with the AP and now 12 in Beijing with the Xinhua News Agency and CGTN. I’m much more interested in getting a solid news photo these days than anything else.

It’s also harder to get good shots now than it was before the outbreak began. For one thing, I’m often literally blind when shooting. That’s because I have to wear a surgical mask in Beijing’s winter cold to ward off the virus and the warmth it creates completely fogs up my glasses. I try to compensate by establishing pre-determined zones to shoot with but that doesn’t always work. 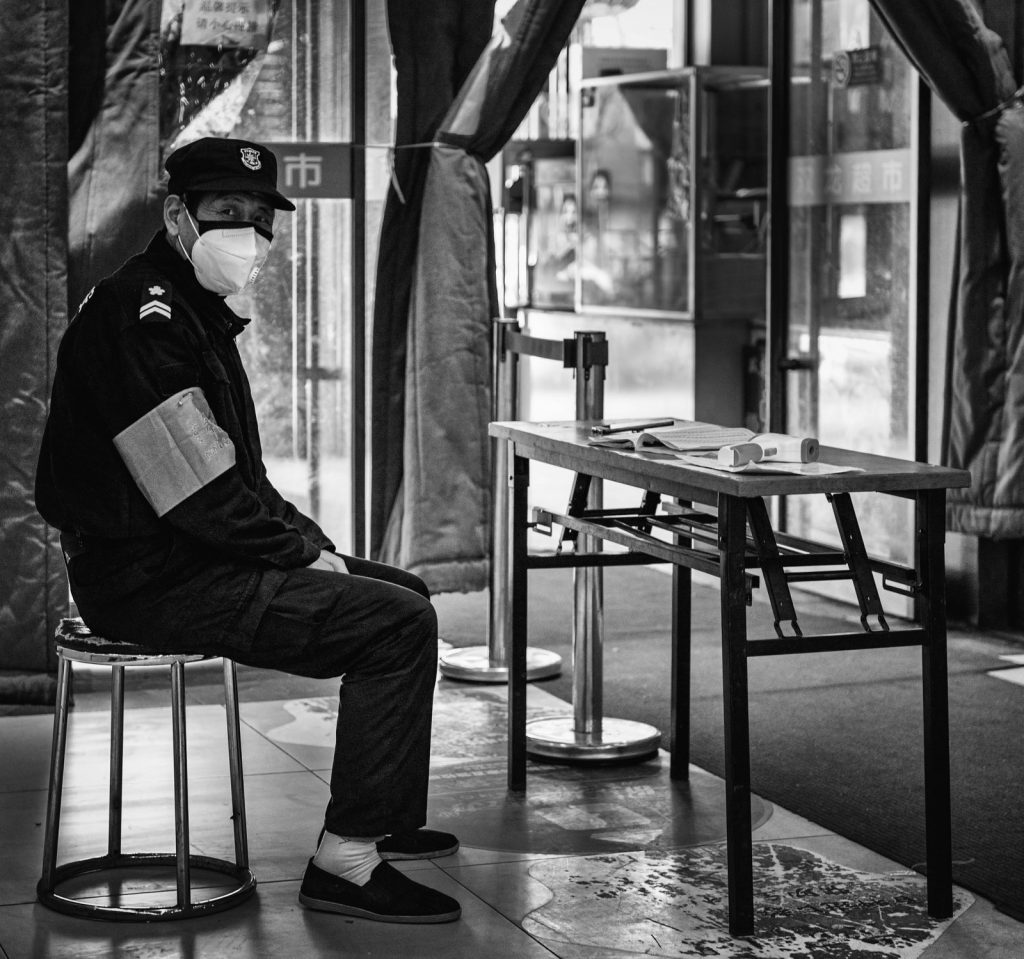 People also aren’t as accommodating to street photographers as they used to be. They’re only outside these days because they have to be and they want to return home from their errands as quickly as possible.

That desire to stay inside also means that the usual good spots to take street photos are completely gone. All of the neighborhood parks, along with much of greater Beijing, are closed. No one gathers any more to talk and visit, play badminton, cards or mahjong. There aren’t any more street services available, either. No one is offering discount haircuts or massages and all of the shade-tree mechanics and repairmen have disappeared.

And even if any people were outside, getting a good shot is tough. That’s because it’s mid February and besides wearing a mask, everyone has on winter hats, hoodies or scarves. That makes it challenging to focus on the eyes for strong, expressive photos. 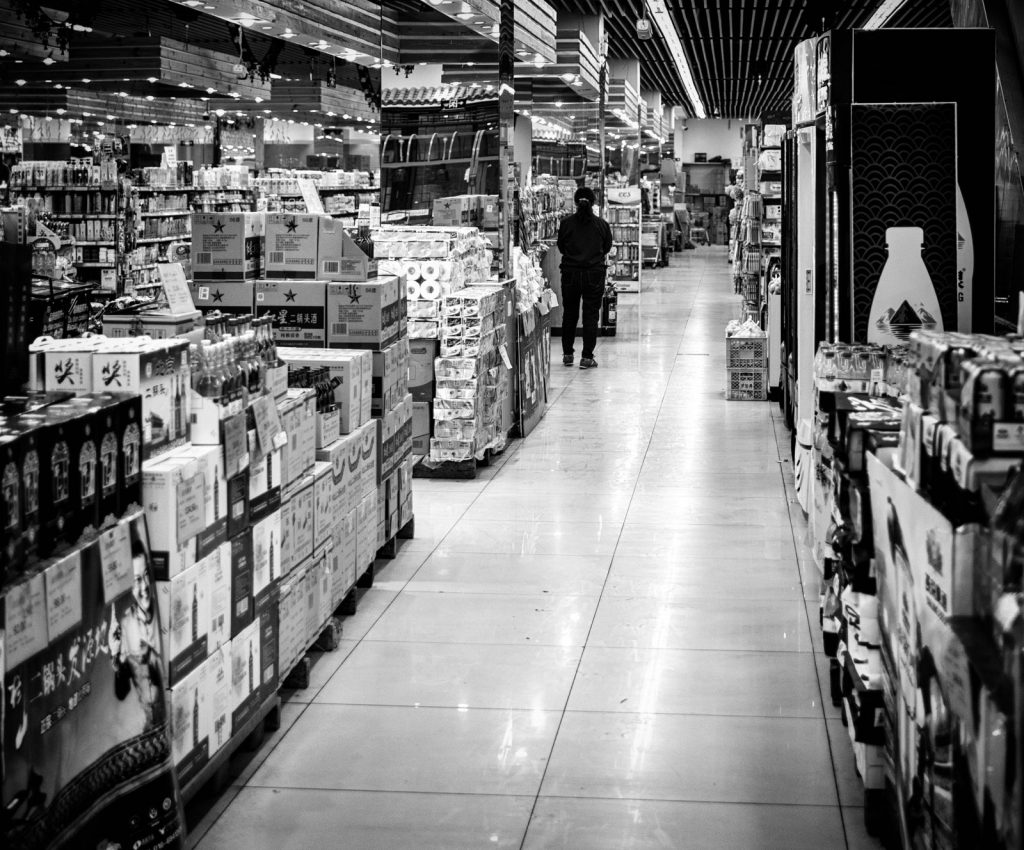 I’m also looking for “emptiness shots” — photos of restaurants, locked stores, empty groceries — to show the effects of the outbreak. That’s easier said than done, however, as each photo should tell a story and an empty room on its own says nothing.

This outbreak, as tragic and heartbreaking as it is, is an opportunity to photograph unfolding history. But don’t take unnecessary risks and try to be sensitive to the situation. There’s no need to bother people or make them nervous just to get a photo. 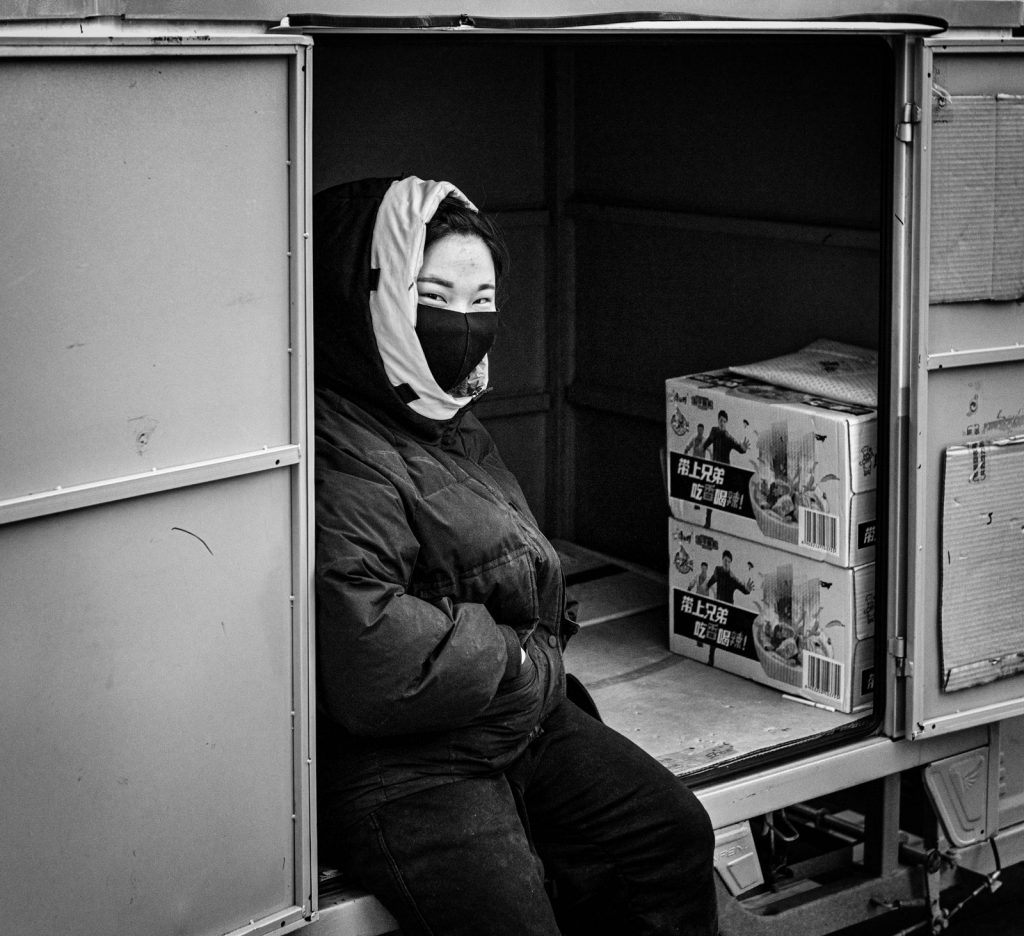