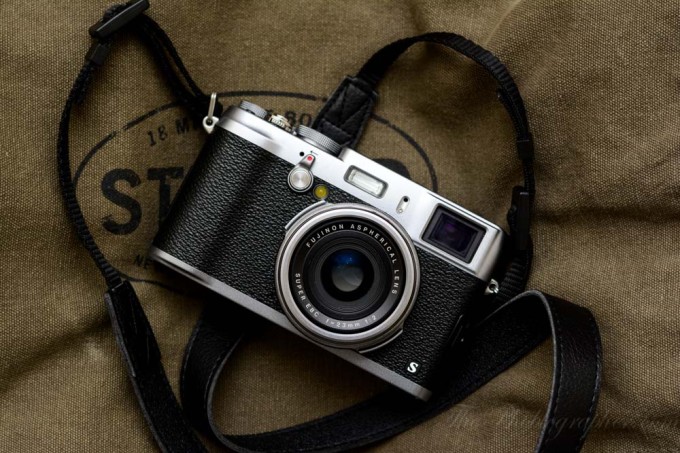 We’ve been working on the Fujifilm X100s review for almost a month now, and we have to say that the camera is really quite the awesome piece of hardware. At first, I wasn’t so smitten by it but it has started to warm up to me after sticking around as a constant companion image taker. The company has truly made this an extremely capable camera and has indeed improved on some of the biggest problems that they faced with the X100–the camera’s predecessor.

I’ve been testing it in the streets of New York City–the perfect proving grounds for the audience that this camera is targeted towards. And despite some admirable performance and improvements from its first incarnation, the camera will still face some issues.

The Fujifilm X100s is available at Adorama , Amazon, and B&H Photo. 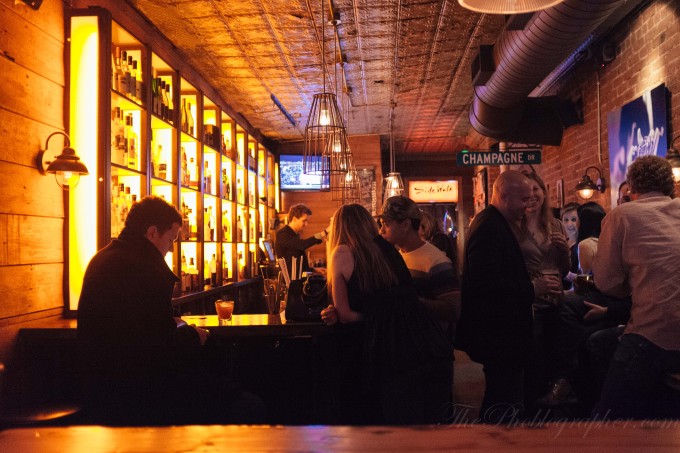 When I hold the X100s, it reminds me a bit of a large point and shoot. It didn’t really make me think about a Hexar AF or even a Leica CL–let alone my Voigtlander Bessa R. And with that fact, the camera perhaps already started an awkward relationship with me. When I first started using it, my mind was already so accustomed to using the X Pro 1 and my Voigtlander Bessa R that this thing felt very toyish. Seriously, how could something of this build quality think that it could steal me away from my metal rangefinder and my professional backup camera of choice?

And then I gave it a chance. 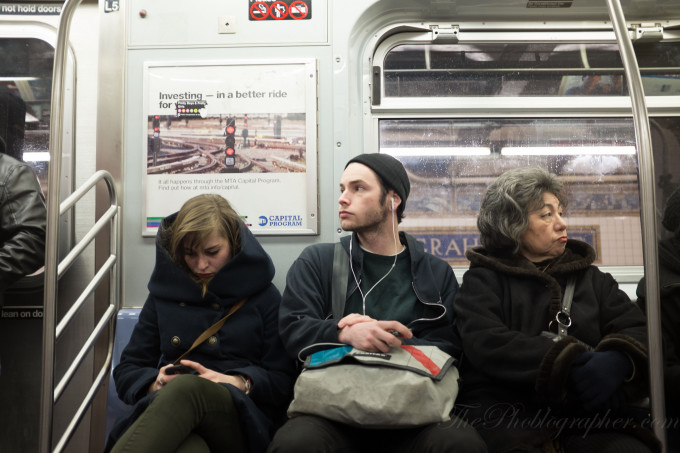 One of the biggest things that I needed to remember is that this camera isn’t meant to take on those other cameras that I’m so much more used to using for my documentary and street work. Instead, it is meant to complement them. To that end though, it became a fun camera for me to use–but that was really it. And when my brain accepted this, I started to appreciate the X100s’ build quality for what it is–a fixed lens camera meant to be small for the silent street photographer.

Autofocus Performance in the Streets 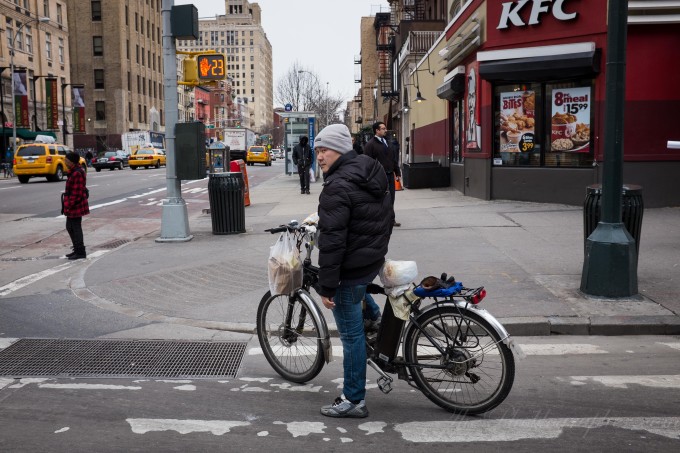 The autofocus of the X100s is a mixed bag in my opinion. But it wasn’t only in my opinion–it is also that of my East Coast staff; all of whom had their chance to play with the camera. 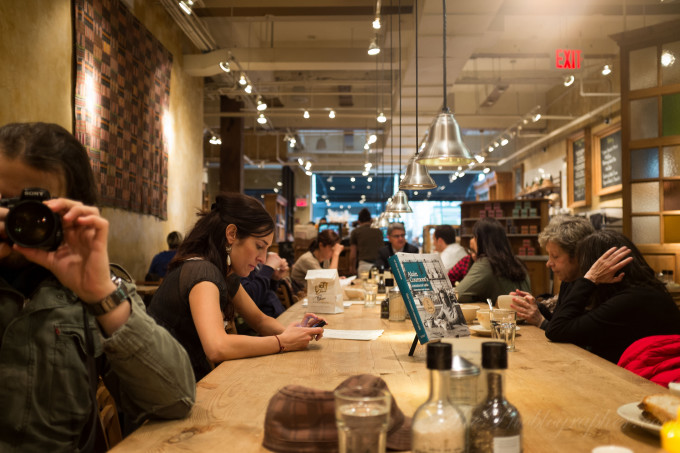 Here’s the thing: Fujifilm cameras have the wonderful ability to adjust the size of the focusing point. When the camera is set to the smallest focusing point, it will take very long to focus and all of the autofocusing abilities that have been revamped are stripped to an absolute null.

Make the focusing point larger though, and you’re in business.

Get up close for macro mode, and it may drive you insane. A friend of mine came over my apartment last night for a small birthday gala of hers. She’s been shooting a little longer than I have and the camera started to drive her a bit insane when she tried focusing on a glass of absinthe I mixed for her.

With all of this stated though, I need to make this clear: in good lighting and with the focusing point made the largest, this camera is a focusing speed demon and perhaps right up there with Olympus’s FAST AF system. Make it smaller, and you have something on par with Canon’s EOS M camera.

Let’s put this a bit more into perspective. Before our meetup with our readers this month, Gevon, Mike, Julius and I walked around NYC for a while. They had the Nikon D90, Sony A580 and Olympus OMD EM5 respectively. They all totally destroyed the focusing speed of the X100s with the focusing area set to the smallest.

Go into lower lit situations, and you’ll need to focus on a highly contrasting area. Additionally, we recommend pre-selecting a focusing point beforehand. While that may sound like common sense, not everyone does it.

But then there is also the issue of manual focusing. That was a major criticism of the older focusing system.

Indeed, the split prism focusing is really, really nice. It doesn’t remind me of a rangefinder but instead of something like a Canon AE-1 or an old SLR camera where one needed to line up the two halfs of a subject.

And once again, we really need to recommend that you don’t focus and recompose with this camera. Sure it might be easier, but you’re just throwing off the focusing plane. 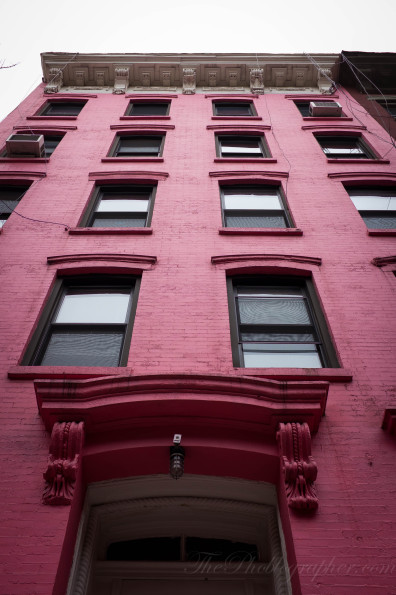 Here is where this report gets very, very exciting. We’re going to start with metering performance first.

If you’re not familiar with how The Phoblographer typically does their metering tests for cameras, we rely on the good old Sunny 16 performance standard. When it comes to using artificial lighting, we typically use a handheld light meter instead.

Are you ready for this?

Are you sitting down?

The Fujifilm X100s conforms to Sunny 16 standards to a T. To at T!!!!! That means that if you want to shoot at f16 to have everything in focus at 1/500th of a second to also capture movement in a totally sunny area with little to no shadows, then set your ISO to ISO 500.

Isn’t that awesome?! As long as you’re paying attention to you environment carefully and adjusting accordingly, you can make shooting and getting the desired exposure an absolute breeze.

This is perhaps one of the best features of the camera and although the Auto ISO and Auto shutter speed metering methods are pretty good, I still found that the camera couldn’t always give me exactly what I wanted.

And that’s where I come to image quality. What film simulation do you think was used for the image to the right? If you’re saying Velvia, you’re wrong. It was actually Astia and I messed with the image in post-production.

These raw files are really some of the best I’ve ever worked with. In terms of versatility, they’re probably right up there with Canon and Nikon and maybe a tad ahead of Sony–which is saying a lot. 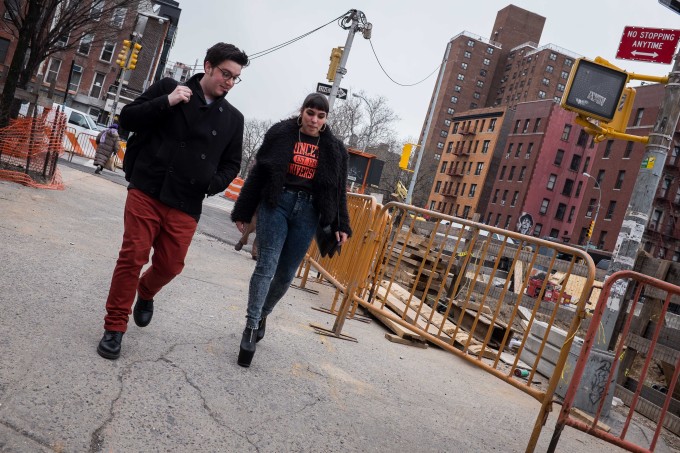 In general, the camera also seems to meter more for the highlights in the more automatic modes–and that’s with exposure compensation set at a steady 0. 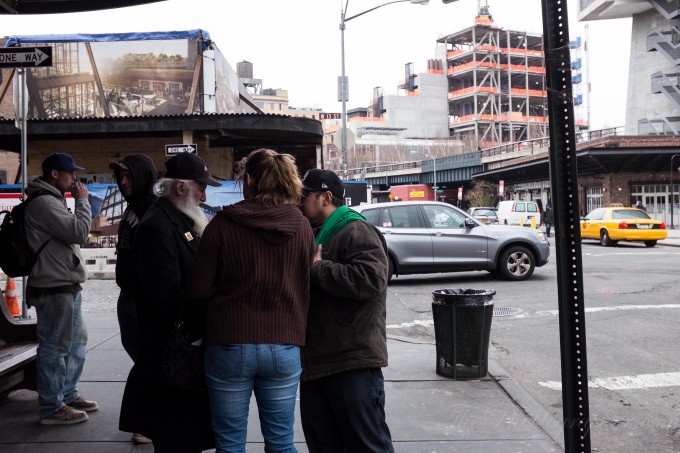 When it comes to just pure image quality though, this camera is really hard to beat for street photography. Admittedly, I didn’t test the JPEGs. On a personal note, I feel like if you’re complaining about JPEGs, then you’re doing this whole photography thing wrong.

A Couple of Caveats 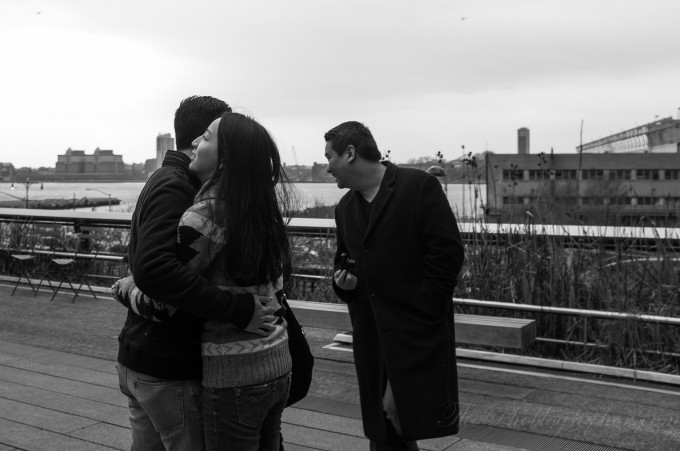 Before I get into what I don’t necessarily like about the X100s, know that the files transmit over to black and white renderings very well in Lightroom 4–and that the versatility of the files is still really very remarkable even in this format. 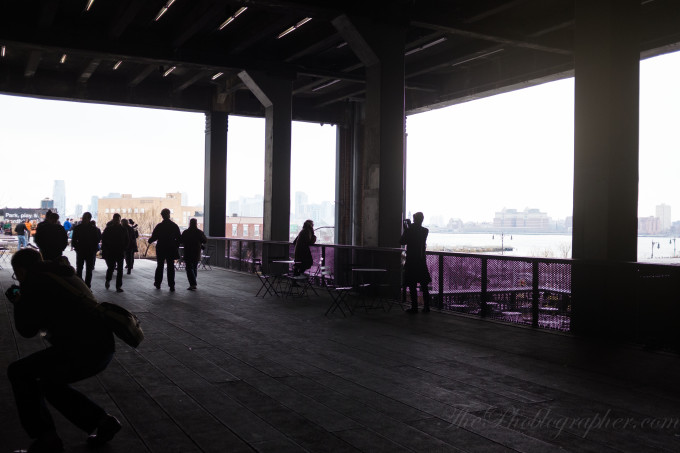 I’m going to say this first: color fringing shouldn’t be an issue for anyone because it is very easily removed in post-production software. But look at that right there along the gate. Oh man, that is ugly–even I have to admit. Never fear though because Lightroom is awesome and we should all sacrifice our first camera to Adobe for it. 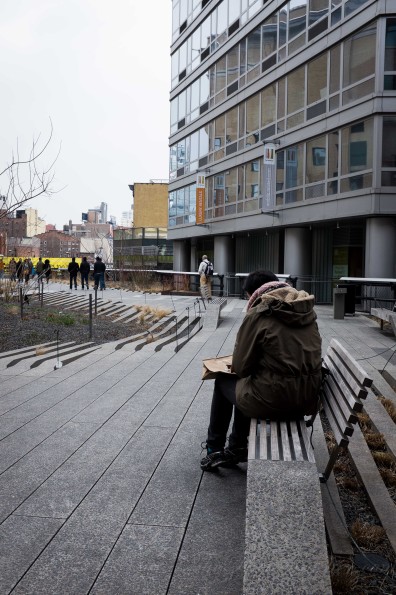 If you can get over that problem and work with the files to create exactly what you want, you’ll have no issues. Other than that, just don’t shoot anything with high amounts of contrast. 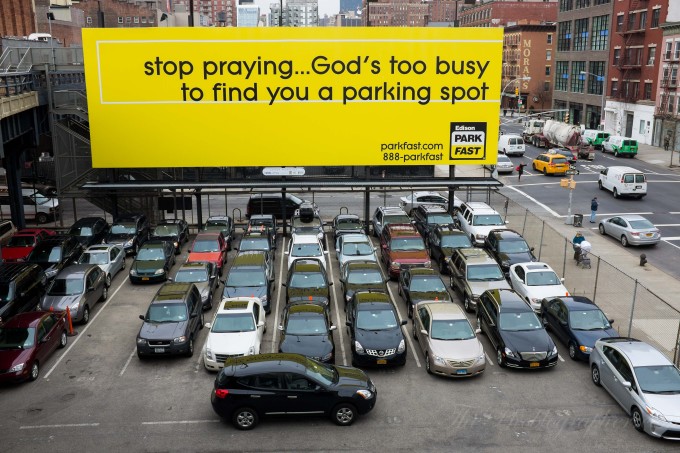 NYC is experiencing quite a bit of a cold season right now. The cold can really destroy battery life, but the X100s has held up extremely well and I have been able to have it on for a remarkable 14 hours or so until it finally died.

No, I’m not joking. I dimmed the screen though, so keep that in mind. Plus the camera was turned off at certain points. This battery life rivals Canon’s. 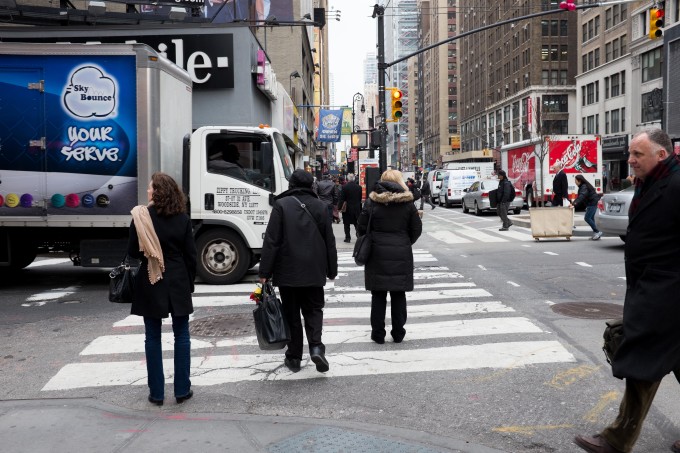 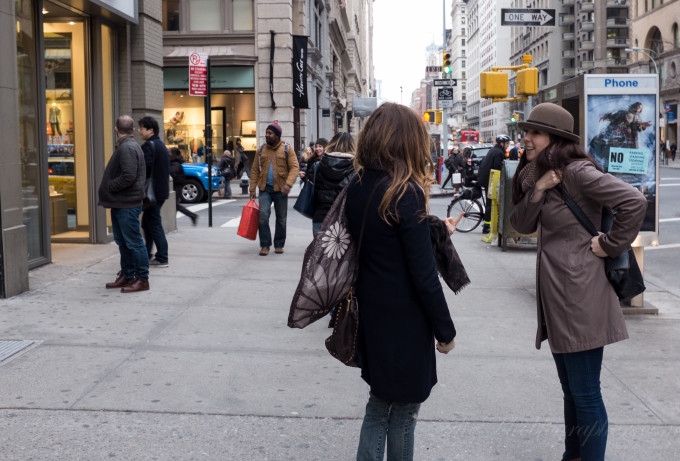 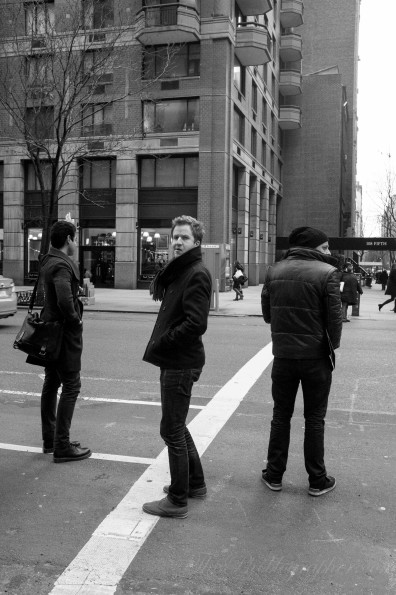 The Fujifilm X100s is available at Adorama , Amazon, and B&H Photo.