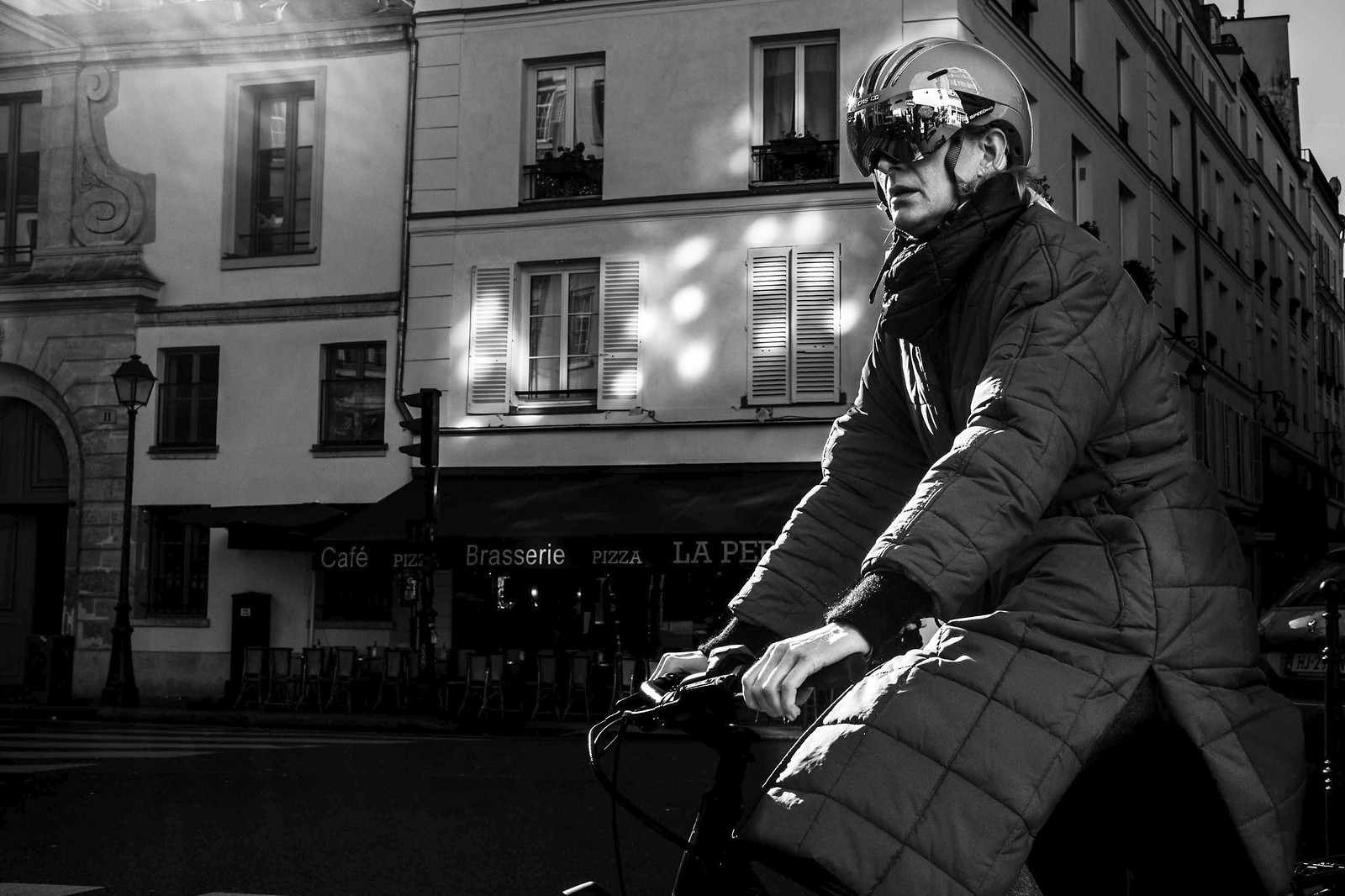 Where are you from and how did you get into street photography?

I am originally from Istanbul, but I have been living in Paris since 2017. After trying several genres of photography, I always ended up loving my photos with human presence in them. So over time, I started taking photographs only of people, either in the streets or in their workplaces while doing their craft. I had to make slight changes in my photographic style when I moved to Paris. I used to take more close-up shots but when I moved to Paris, I also stepped back a little to avoid any confrontation with people.

How would you describe your street photography style? What do you hope to transmit with your images?

I think I have a bit of mixture of few styles, but unobtrusive street photography style is the predominant one. Although, I am generally very close to my subjects, especially in my photos from Turkey, the subjects don’t even know that I am there taking their photographs. I want the scene to play out as naturally as possible in front of me, so I can freeze the most expressive moment as possible.

To blend in among people more discreetly, I even changed my equipment. I used to carry huge DSLRs with 24-70 mm, f 2.8 lenses but since I began focusing on street photography in 2016, I started using mirrorless cameras and prime lenses instead. This reduction in size and weight helped me in two ways. First of all, I was being noticed less, at least as a photographer. Second, the huge weight reduction allowed me to walk more miles.

In most of my photographs in Turkey, I am literally an arm’s distance from my subjects with my 24mm lens. In my opinion, the closer you are to your subject, the closer you are to their souls. But after I moved to Paris, where people are kind of less friendly and care more for their privacy, I also stepped back a little and adopted a more anonymous style. I started using silhouettes, motion blurs, etc. I started including the environment more. Of course, the architectural background in Paris also attracted me to include them in my photographs. As you might have noticed from my bridge+people photographs, I love stone bridges and Paris is full of beautiful bridges.

I also try raw-style street photography here in Paris and I might even focus more on this style over time. The frequent street demonstrations, strikes and the energy of people in these demonstrations is attracting me. Also, I want to try street-portraits more.

Are there any street photographers in particular that you draw inspiration from?

There are many street photographers who inspire me. To name just a couple:

And there are several others from all around the world.

I have not had the chance to travel a lot like some others do. From time to time, when I lose some inspiration, I envy those frequent travellers but I generally believe in focusing on what I already have, rather than the bird on wire. So, I live in Paris, at least for now, and Paris is my theatre to watch. After I drop my son off at school, I pick a place randomly and walk around there. Occasionally, I have a target in my head before I leave the house but more often than not, I leave without a pre-planned idea.

If I see an interesting background, I visualize a composition in my mind and position myself accordingly and wait for my prey to pass by. The rest of the time I keep walking and monitoring my surroundings to capture a story.

I’m really impressed by how non-cliche your images of Paris are. You can tell you’re in Paris sometimes, but it never feels like one of those Paris street shots I’ve seen a thousand times over. How do you get unique shots in a city that is photographed so often?

You are right, I was also worried while moving to Paris, thinking, “How am I going to differentiate myself from maybe billion others who photographed Paris?” This was stressful in the beginning but I realized that my scavenger-like style would help me here. When I see an interesting background, I walk every inch, looking for different angels. As one master said once, “if your knees are not dirty, you are not a good photographer”. So, my knees are dirty most of the time as I use a low POV a lot. I also try to profit from different weather conditions, like my Eiffel Tower photographs in the fog. I also try motion blur, panning, backlights, etc. until I get something that even a Parisian photographer will like. And it happened several times, I received numerous compliments even from Parisian photographers who spent their lives here, where I’ve merely spent 4.5 years so far.

Challenges? I think main challenge for any street photographer is being confronted in the street especially for those in Europe. Unlike the USA or UK, according to French law you need to get permission (ideally written) to take and share photographs of people even if they are taken in public places. This is a complex issue but I do not have any income from such images, I do not publish these images in paid media, nor use them for any other commercial use but only social media. I also have my own ethical guideline which hopefully minimizes such risks; I do not shoot children, handicapped, drunk or homeless people.

One challenge I faced was when I started using a wide-angle prime lens. After using zooms for years, a 24mm prime lens was a big challenge initially. I had to get use to using my feet more while I make my composition. In addition, I had to think more with a 24mm angle; what to include and what not to include in my 24mm scene. This became a strength of mine and part of my style after using this lens for a long time. My sight became accustomed to 24mm and when I approach someone, I know by memory where my frame will begin and where it will end.

Other than these, I daily face new challenges but finding immediate solutions or overcoming them is part of the fun of street photography in my opinion.

I have few images which I am emotionally more attached to, I think. The first one is my Notre Dame church photograph taken from under a bridge and with a hunchback in my frame. And the second, I might say is the Eiffel Tower half concealed by fog in the background and a dog in the air with its reflection in the puddle.

For the Notre Dame photo, it was a rainy day, and it was winter, so there weren’t many people around. I made my composition and waited nearly 45 minutes for someone to pass by. And that single person who passed in front of me was a hunchback. It was like Quasimodo returning to the church.

In the other photo, I planned to take photographs of the Eiffel Tower on a foggy a day. When I bent on my knees to make a composition with a reflection from a very small puddle, a golden retriever took it as an invitation for a play I suppose and started running towards me, and I took the shot just in time.

It’s only when I am taking photographs that I forget all my issues. I set my alarm so as not to forget to pick up my son from school or else I might get lost in time until either the alarm rings or my feet or my back hurts. Only then I realize, OK it is time to go back.

Editor’s Note: To learn more about Mustafa and see more of his work, be sure to visit his Flickr photostream. This photographer was selected from our Flickr group (Street Photography Magazine), where we regularly choose photographers’ work to be published in our magazine.