iPhoneography on the Street

The RX1 is DSLR quality in your pocket.

Ever since the Sony RX1 was announced, I’ve been anxious to give it a test drive. I recently rented it from Borrowlenses.com and used it non-stop for two weeks on a variety of photo assignments and situations including portraits, landscapes, macro, events, and editorial.
I pushed and pulled the camera to its extremes, shooting from ISO 50 to 6400, both handheld and on a tripod. I even used it to take exposures over 100 seconds long. Whatever I asked of it, the RX1 delivered with stunning image quality thanks to its full frame CMOS sensor.
The compact size of this camera meant that I could take the RX1 everywhere, allowing me to capture shots that I would’ve missed with a larger DSLR.
If you are a demanding photographer who wants the convenience of a low profile pocket camera, without sacrificing image quality, then you’ll want to give the RX1 serious consideration.

This review is not going to flood you with specifications, charts, and graphs. Instead, what you’ll get here are my thoughts about this camera from the perspective of a working photographer. I pushed this camera pretty hard, hoping to show how it performs in a variety of photo situations. The photos included below are post processed using Phase One’s Capture One with default noise reduction settings and some other artistic tweaks (color correction, levels, etc).

If you want to “pixel peep” on unprocessed images see my Sony RX1 set on Flickr
.

What I love About This Camera

Size
I’ve been waiting a long time for a small mirrorless camera that can produce DSLR quality images. The RX1 is so small that it fits into a tiny shoulder bag or even a large coat pocket. After a day or two, I was taking this camera everywhere because, unlike previous pocket cameras, I was no longer concerned about sacrificing image quality.

Image Quality
The level of image quality produced by this camera is no less than extraordinary. The RX1 produces 24 megapixel images that contain tons of detail as well as realistic color and tonality. The full frame CMOS sensor also delivers a great deal of dynamic range. I rarely felt the need to shoot brackets or HDR knowing that I could easily push/pull 3 stops of exposure out of the shadows and highlights during raw development. Another welcome surprise was how little noise the sensor produced when shooting at high ISO settings. In fact, I found noise levels to be on par with images produced by the flagship DSLRs from Nikon or Canon. Again, amazing for a camera of this size and a huge difference when compared to Sony’s NEX line.

Controls
The RX1 has a variety of mechanical rings and dials for controlling aperture, shutter speed, and exposure compensation. I really appreciated not having to remember a magic sequence of button pushes in order to control these basic functions. Of course, you can also set everything to “Auto” and let the camera figure out the shot. Since image noise levels were so low, I actually used the “auto” ISO setting quite a bit and let the camera pick the best ISO for each shot.

Versatility
The 35mm lens is great for all sorts of photography including travel, events, landscapes and even portraits. And while not a true macro lens, it does have a closeup focus mode allowing for limited macro photography as well. 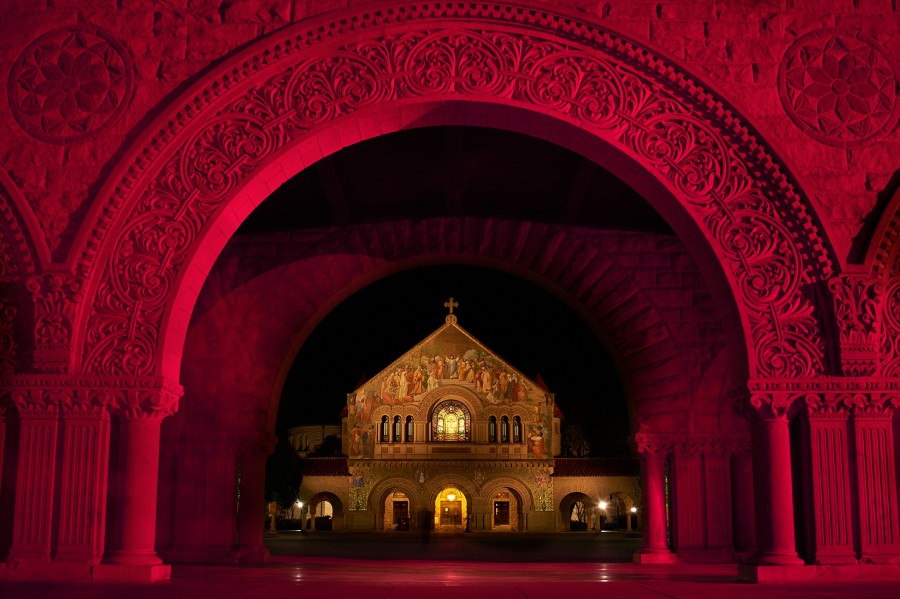 What I Don’t Love About the Camera

Low Light Focus
The camera doesn’t focus very well in low light, so I found myself using the DMF focus setting quite a bit. This allows for manual override of the auto focus by turning the focus ring on the lens. Because this is a mirror-less camera, manual focus is only made possible by the RX1′s use of “focus peaking”, which displays a magnified view of your scene on the LCD screen as you make focus adjustments. While this feature is helpful, it slowed me down, and doesn’t provide for precision adjustments in low light.

Audio Feedback
I still cannot figure out how to turn off the audio feedback (the beeps that the RX1 emits) when it locks focus or engages the shutter. It’s hard to be stealthy when you are beeping away while taking a photo. If anyone knows how to disable this please leave a comment below.

How I Shot The RX1

I shot the RX1 exclusively in RAW mode, which produced 25MB files that I could then develop into TIFFs (~135MB) or JPGs using a RAW file processor like Phase One’s Capture One, Adobe Lightroom, or Adobe Camera RAW. Worth noting was that Apple’s iPhoto also had no problem importing and editing the RX-1 files directly out of the camera. 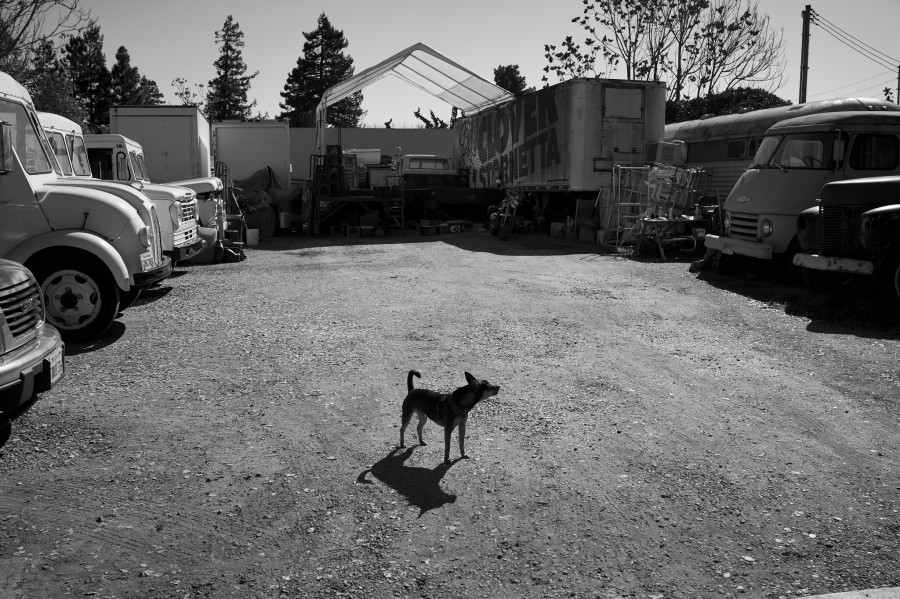 A small dog guards the entrance to a storage yard.

The majority of the time, I shot the RX1 in Aperture Priority mode. This allowed me to alter the aperture and let the camera choose the shutter speed. It’s worth mentioning that when aperture priority is used in conjunction with the “Auto ISO” setting, the RX-1 adjusts the ISO up and down to achieve a 1/80th of a second shutter speed to align with the chosen aperture. When I wanted a shutter speed lower than 1/80th, I had to turn off the auto ISO.

The camera has a variety of focusing modes, ranging from advanced face detection to pure manual focus. Most of the time I found myself using the RX1’s “flexible spot” focusing mode. This allowed me to control the position of the focus cursor much like you can with a DSLR. When I didn’t need precision control, I used “Multi” mode and let the camera choose what to focus on. This yielded mixed results.

I hardly ever used the built in flash, but when I did, I found that I could achieve pleasant fill lighting using “rear curtain” sync mode combined with a −1 on the flash exposure compensation. These advanced flash settings, usually only found in DSLRs, were a pleasant surprise. Also, the camera has a standard flash hotshoe so that external flashes or off-camera flash triggers can be used.

The RX-1 comes with two choices for colorspace: Adobe RGB and the more limited sRBG. Throughout my testing, I used the larger Adobe RGB colorspace.

I was excited to see how the RX1′s 35mm f/2 lens would perform in portrait situations. Shooting at f/2, I could easily create shallow depth of field portraits that kept the eyes/face sharp while throwing the rest of the body out of focus. The depth of field at f/2 was so narrow, that it was easy to miss focusing on the eyes even when using spot focus mode. Also, I found that I needed to keep the plane of the lens parallel to the subject to avoid introducing wide angle distortion. ( This wasn’t a problem for the wider environmental portraits.) All in all, the camera produced images with true skin tones and plenty of detail. 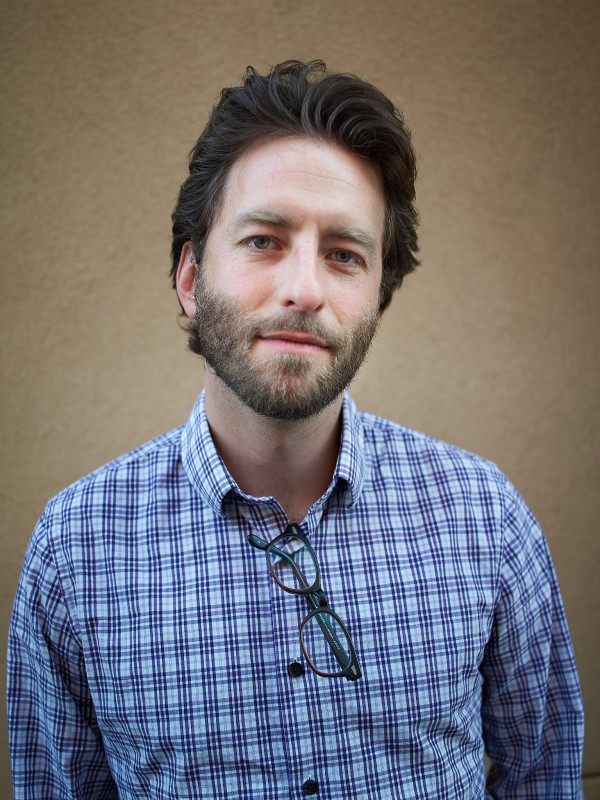 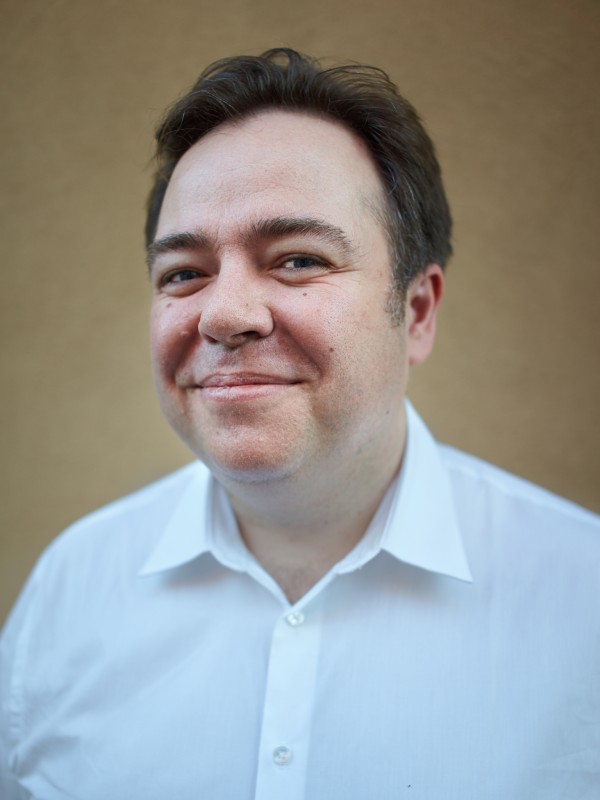 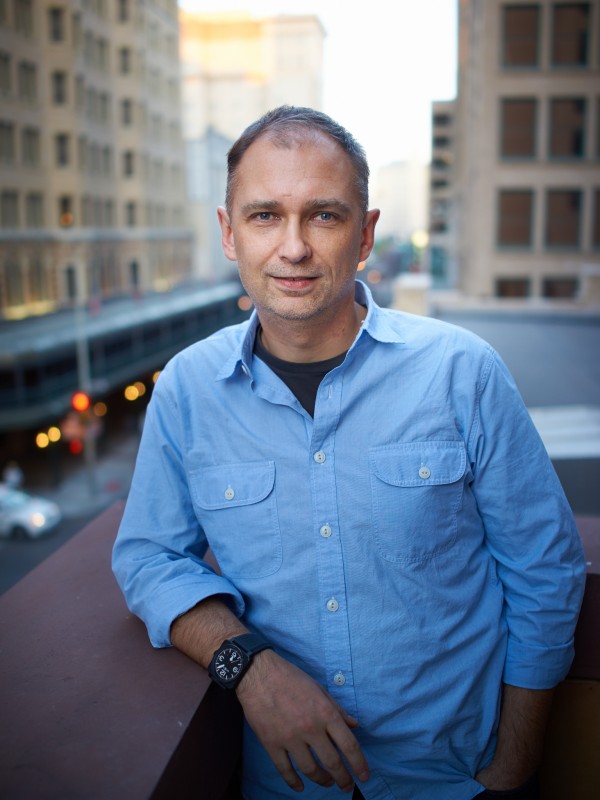 The RX1′s 35mm lens has the ability to focus as close as 0.65′ (0.2m) making it usable for close-up or macro photography. I wanted to see how much (or little) depth of field I could get in the macro mode. It was easy to produce significant lens “bokkeh” at f/2, while needing at least f/16 to get about an 1/2 inch of depth. 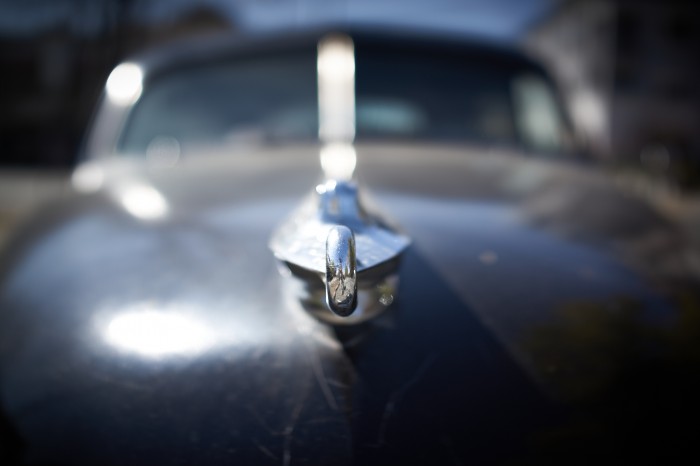 The hood ornament on a historic Packard. 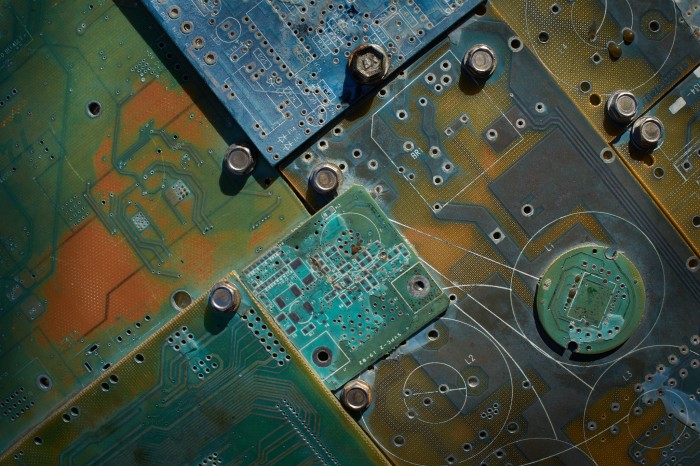 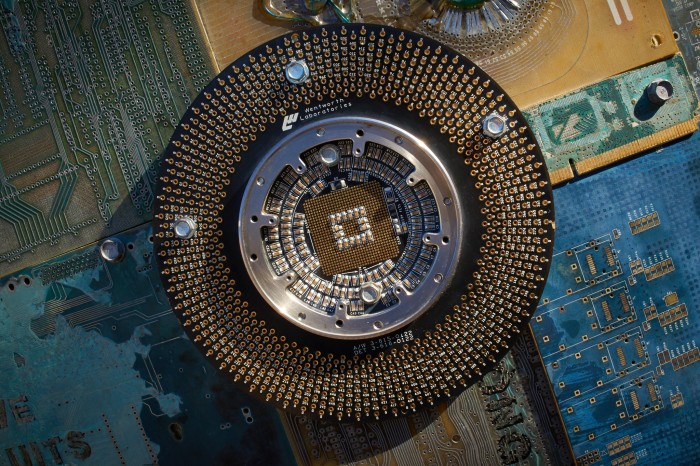 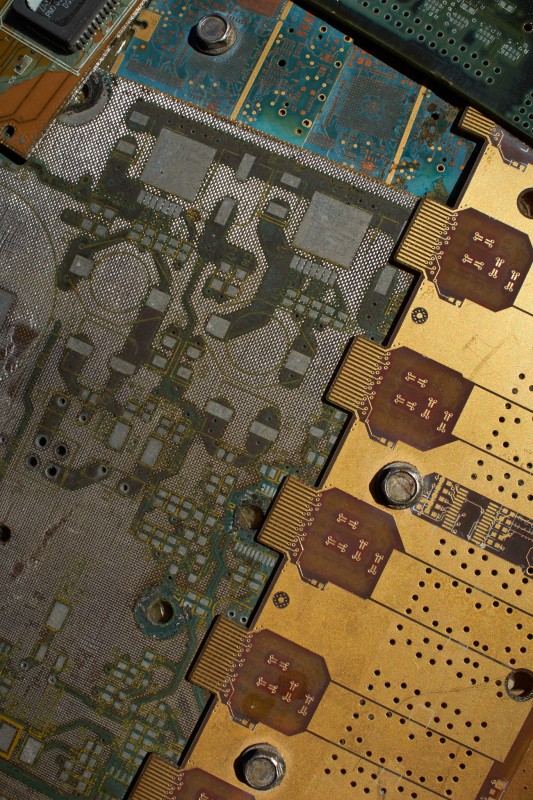 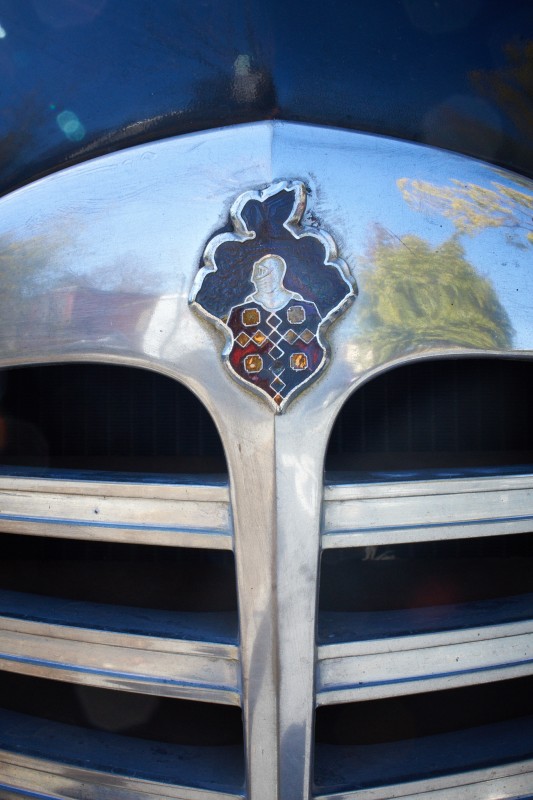 The crest of Packard luxury automobile produced by the Packard Motor Car Company from 1899 to 1958.

Low light situations tend to be problematic for cameras of this size. I was curious how the RX1 would fare in poor lighting, and so I took it to one of my top five worst lighting situations: the local pub. The good news here is that images shot at ISO 6400 were as good as those I’ve seen from flagship Nikon and Canon DSLRs. The bad news is that the RX1 stumbled when trying to focus in low light/low contrast situations. Even with “focus peaking”, I still missed some shots and focus. 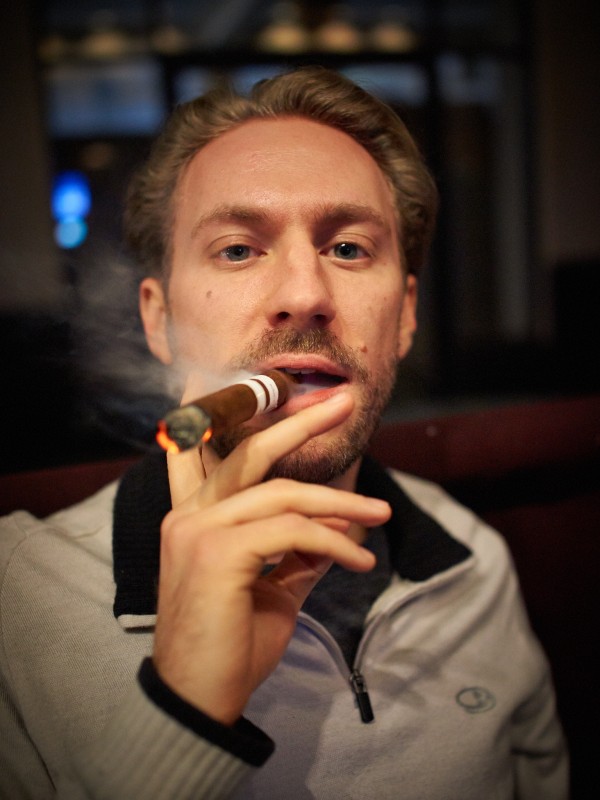 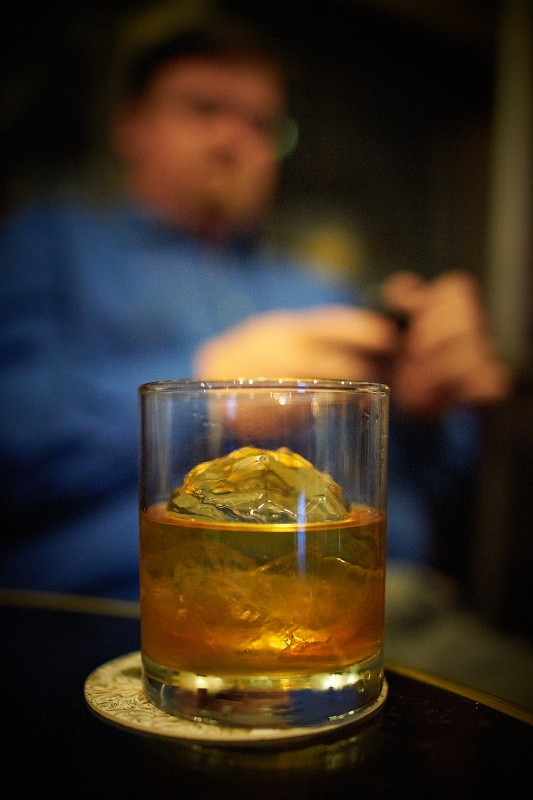 A glass of single malt scotch. 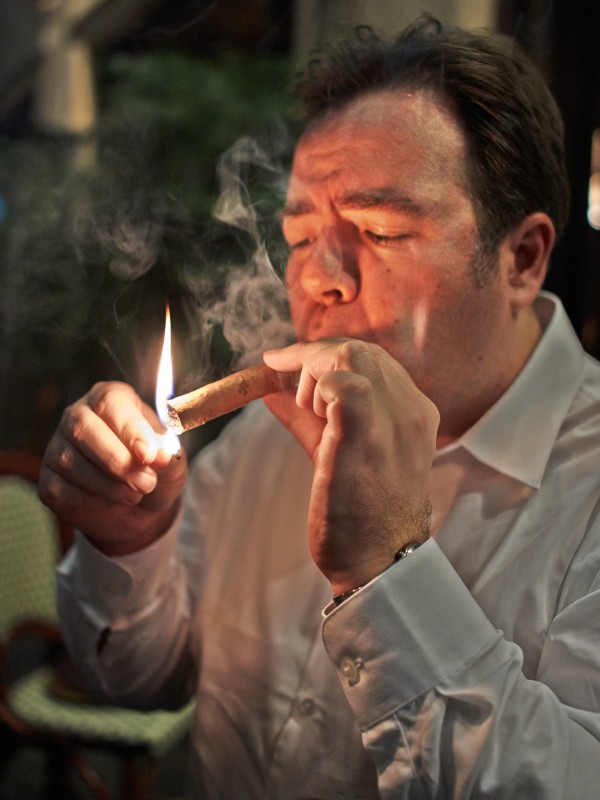 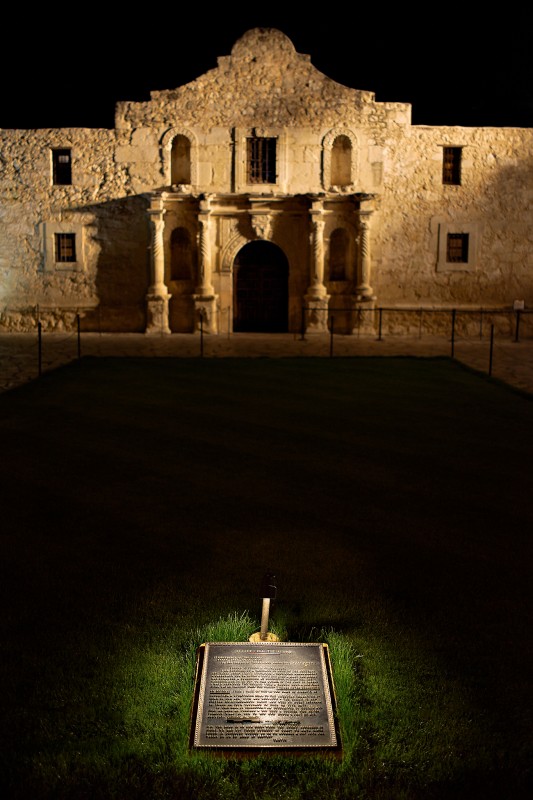 Letter From The Alamo in San Antonio Texas

Sony pretty much pioneered the “in camera” panorama feature now found on most small format cameras including the iPhone. Shooting a panorama with the RX1 couldn’t be simpler. The exposure mode dial has a dedicated panorama position. All I had to do was press the shutter release and slowly pan the camera in an arc to the right. While doing this, the RX1 takes a series of photos and then stitches them together into a 15 megapixel panorama. Pretty cool, but don’t sell that panorama tripod gear just yet, as you cannot adjust any of the exposure or ISO settings when in this mode.

A Panorama of University Avenue in Palo Alto between Cowper And Kipling Streets.

Some cameras and sensors tend to produce a lot of noise and artifacts when exposure goes beyond a few seconds. This wasn’t the case with the RX1. Image noise pretty much correlated to the ISO, not the length of the exposure. 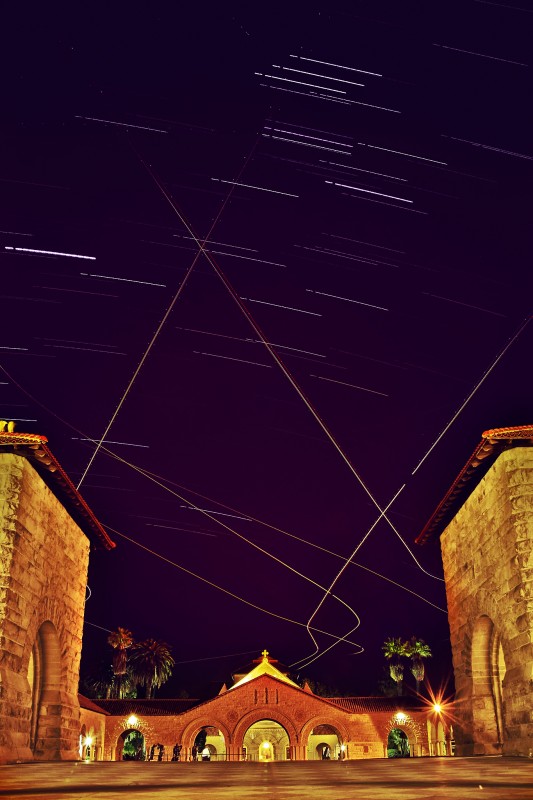 This image was created by combining 10 exposures each taken 105 seconds apart. All images were shot at ISO 640, f/22. The zig zag lines in the sky are airplanes and the sideways streaks are the star trails. In post-processing, I used higher noise reduction levels than usual, but as you can see, the detail was there. 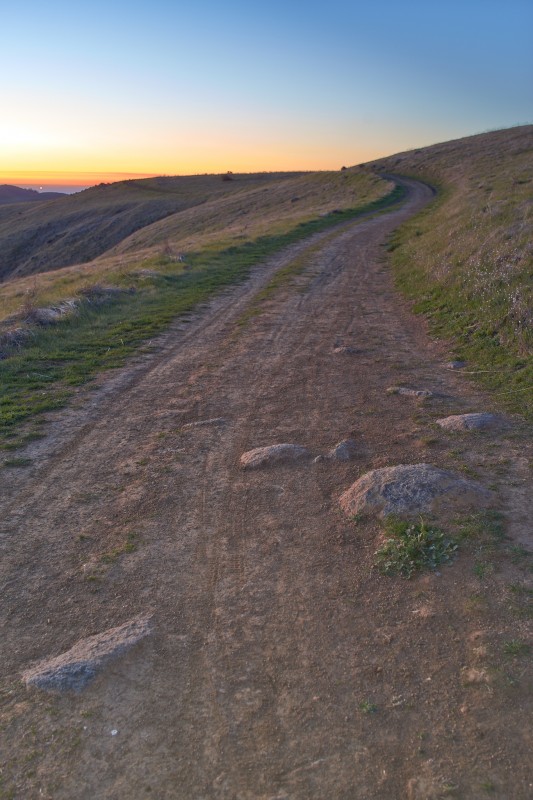 A Word few words about HDR and Video

The RX1 has an “in camera” HDR mode. I didn’t use it for two reasons: 1) it can’t be used when shooting in RAW mode, and 2) I didn’t really need it because the files already had a lot of dynamic range and could be pushed/pulled three stops of exposure during post-processing.
Yes, the RX1 also shoots video. I fooled with it once or twice. It seemed pretty good to me, but I’m far from an expert on that topic. 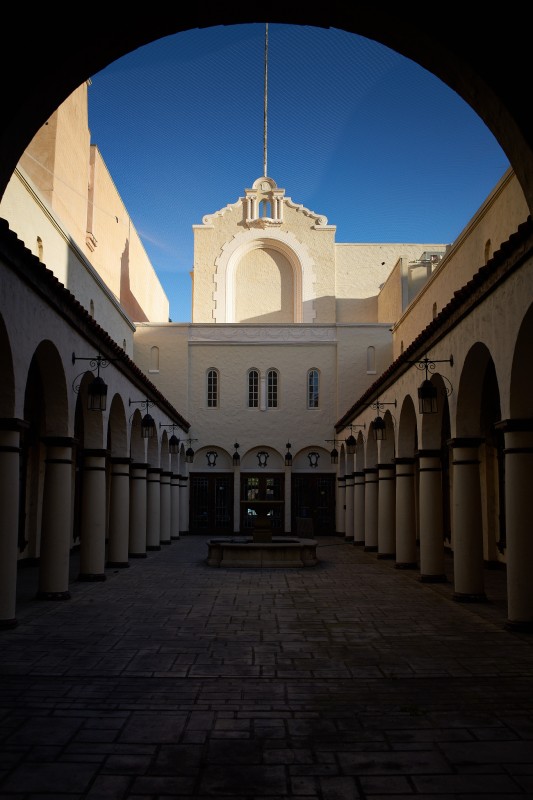 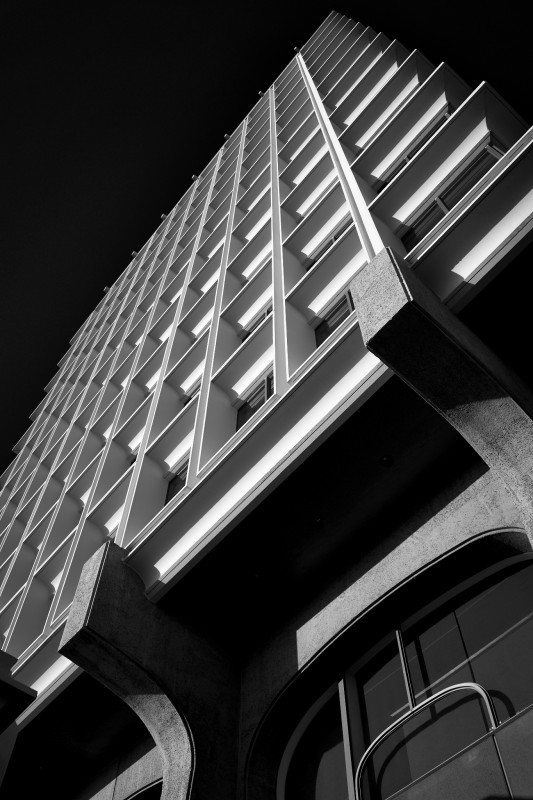 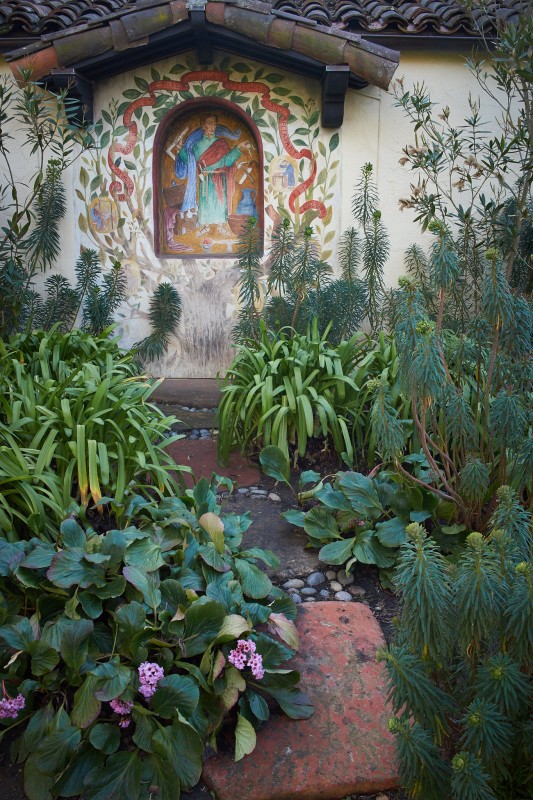 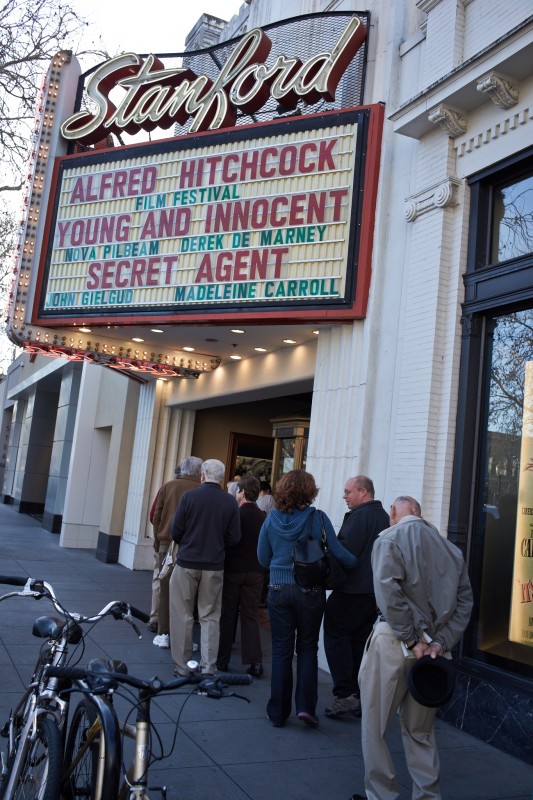 Overall, how did it perform?

Very, well. Very, very well.
When I first got my hands on the camera I was cautiously optimistic about image quality and concerned about how the camera would handle with its lack of viewfinder, miniature controls (compared to a DSLR), and fixed 35mm lens. While I struggled with technique during those first days, I finally became accustomed to viewing the world through the rear LCD. However, I’d still like try the (optional) viewfinder accessory at some point.

The lens surprised me–I thought it would be more of a limiting factor than it was, but came to appreciate its versatility. Would I love it if this camera had removable/changeable lenses? Of course, I would. However, I have to admit, the 35mm f/2 worked great for 90% of the photos I wanted to take.

When it comes to image quality, my expectations were wildly exceeded. This camera produces very high quality files that contain wonderful tonality and detail. I knew the full frame CMOS sensor would be good, but noise was pretty much a non-issue under 6400 ISO. Even at that high of a setting, the files were very usable and cleaned-up nicely during post-processing.

Bottom line, if you want a small camera that produces DSLR quality images and provides a good deal of manual control, this is a fantastic camera.