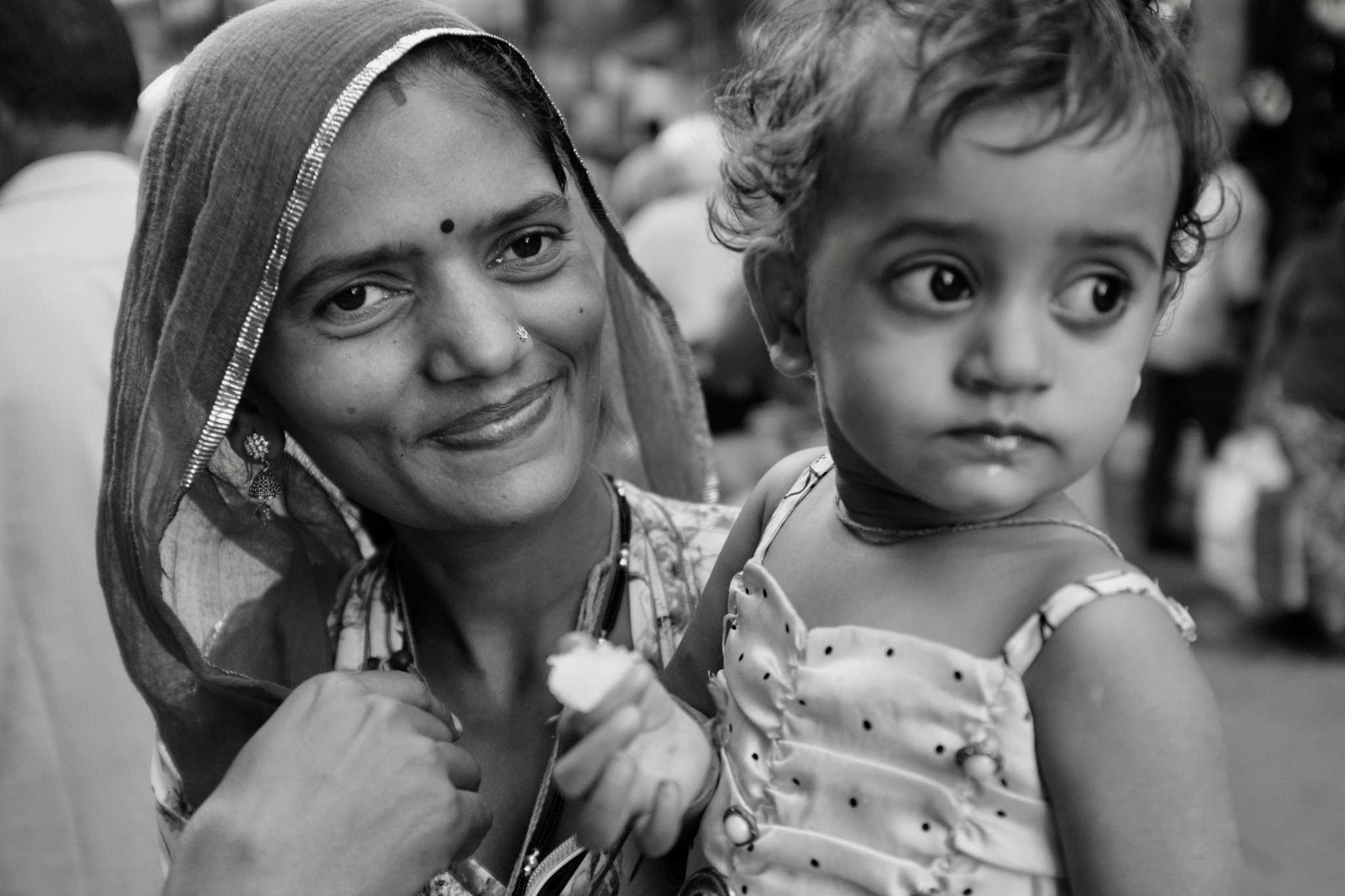 “To see India monochromatically is to miss it altogether,” Raghubir Singh told Time magazine in 1999. When I first visited India nearly fifty years ago, I had never heard of Singh, the acclaimed pioneer of color in art and street photography. But by the time he made his pronouncement to Time—the same year he died of a heart attack at age 56—I not only understood it but embraced it wholeheartedly.

Returning to the United States after that first trip in 1975 I remember waxing enthusiastically about the subcontinent’s astonishing palette. “Everywhere I pointed my camera,” I told friends, “a photograph begged to be taken.” (Hyperbolic to be sure, but not as exaggerated as you might think.)

And when my wife Jane and I spent five weeks in India in 2011, it never occurred to me to shoot anything but color, which I did with abandon and what I thought at the time was satisfying result. (I must confess there were moments I even fancied myself a cut-rate Raghubir Singh.)

But with the aromas of cardamom and coriander fading into memory, I came to see too many of my India captures as merely pretty pictures, colorful yes, but not all that surprising or moving. Too many seemed clichéd: shots of women in saris, fruit and veggies in markets, brightly painted doors on brightly painted houses. Too many indecisive moments. I came to feel I had been seduced by color—used it as a crutch—to the detriment of composition.

So on our most recent trip to India—three weeks in Rajasthan and the Punjab in 2017— I determined to shoot in black and white, not exclusively I must confess, but a goodly amount. In addition to my realization that capturing India’s color might be a might too easy, my decision was motivated both by my purchase of a new camera and by a visit to an exhibition in lower Manhattan of Henri Cartier-Bresson’s stunning India photographs of 1947—every one in glorious black and white. (I am too realistic to have said, or even thought: “If he could do it, so can I.”)  But I was certainly inspired, as I invariably am, by the curmudgeonly master of street photography.

As for the new camera, many reviewers praised the Fujifilm’s X100F’s black and white film simulation feature, Acros, which they claimed produced rich, deep blacks reminiscent of Kodak Plus-X and Tri-X film. (I also carried a Sony RX100, which allowed me to shoot color when my X100F was set to Acros. It also allowed me to zoom, which the X100F’s 35mm prime lens did not.)

So how did it work out? Like many things in India, shooting black and white is a challenge, no doubt about it, and I have to admit there were more misses than hits. But I came to realize that a successful black and white photograph, of which I’d like to think I took a few, can deliver an impact that rivals the most dazzling color. Or perhaps I should say that it conveys a different kind of impact. Additionally, I believe the exercise made me more attentive to—if not more adept at—composition in my color work.  Of course there were times, and places, where color held sway—the Golden Temple in Amritsar and the Pushkar Camel Fair come to mind.

Of the hundreds of photographs I took in 18 days on the ground, I later awarded a few score of them three stars. Of these, maybe one in five was in black and white. I’ve included some of those in this essay, as well as examples of subjects I shot in both black and white and color—with instructive result. (Feel free to disagree.)

I came away from the trip reminded that black and white, in India or elsewhere, is often the wiser choice for portraiture, where color, especially vivid color, can take the eye away from the subject. Black and white also separates people from their surroundings, which, I suppose, is another way of saying the same thing.

I’m thinking here of the street-sleeper-in-white garb I encountered in Mumbai, his wide-awake, equally white dog drinking water in the foreground; a shopkeeper in an undershirt checking his accounts; a boy on a checkerboard floor inside Amritsar’s Golden Temple; and a tuk-tuk driver and his friend regarding me with suspicion or disdain, I’m not sure which. (Maybe both.)

But there were also moments when color simply demanded its due.  Most obvious, no surprise, was a bevy of women in brightly colorful saris to which no black and white capture could ever do justice.

Or the inevitable, if clichéd, street-market photograph enhanced by the rich greens of vegetables contrasting with yellow lemons and the ochre of the proprietor’s sari.

Or the young girl by the side of a Jaipur road whose bright red dress draws the eye as insistently as her enigmatic expression.

And when it comes to dromedaries—such as the hundreds that congregate each October in the holy city of Pushkar to be bought and sold at the annual camel fair there—make mine as brightly colored as possible.

Among my 2017 India photographs there were also many that struck me as equally successful (or unsuccessful) whether shot in black and white or color.  For example, at the Mehrangarh Fort, Jodhpur’s most popular attraction, a turbaned man dressed in white cotton sits on a stool holding a hat.  Across the room, a woman in a blue sari stands observing him, perhaps judgmentally

In my view, both photographs “work,” but for different reasons.  The color version presents an intriguing tableau, challenging the viewer to figure out what‘s going on here.

But in the black and white photograph, attention is drawn to woman’s striking eyes and the man’s curious smile, causing the viewer to focus more intently on the facial expressions of the two figures: What is she thinking? Why is he smiling?

Then there are the color and black and white photographs I took of turbaned Sikh pilgrims standing waist high in the immense pool in front of the Golden Temple, the preeminent spiritual site of Sikhism.  The color version is ok, though I suspect most subscribers to this magazine would prefer the black and white, as I do— for its greater poignancy.

In another pairing, with the temple itself more prominent in each, I think the color photograph wins hands down.

When it comes to the two pictures of the same sacred cow, in Jaipur, I find both equally intriguing, though I’m not quite sure why.  Perhaps it is the cow’s quizzical expression in both renderings. In each, he appears to be thinking, “Why is Twolegs pointing that black box at me?”

So…did my compositional skills actually improve? I would like to think so, though I still have a long way to go. (One of the many seductive things about photography is, like golf, there is always room for improvement—without the green fees.) And while I don’t think I missed that much of India by shooting monochromatically, as Raghubir Singh forewarned, I definitely took away from the subcontinent a keener, more personal appreciation of the dictum Singh expressed to Time nearly a quarter-century ago.  As well as its limitations.  Like most situations in photography, as well as in life, it all depends.