Street Photography: The Hunt for the Woman in the Red Dress

Street Shooters of May 2019 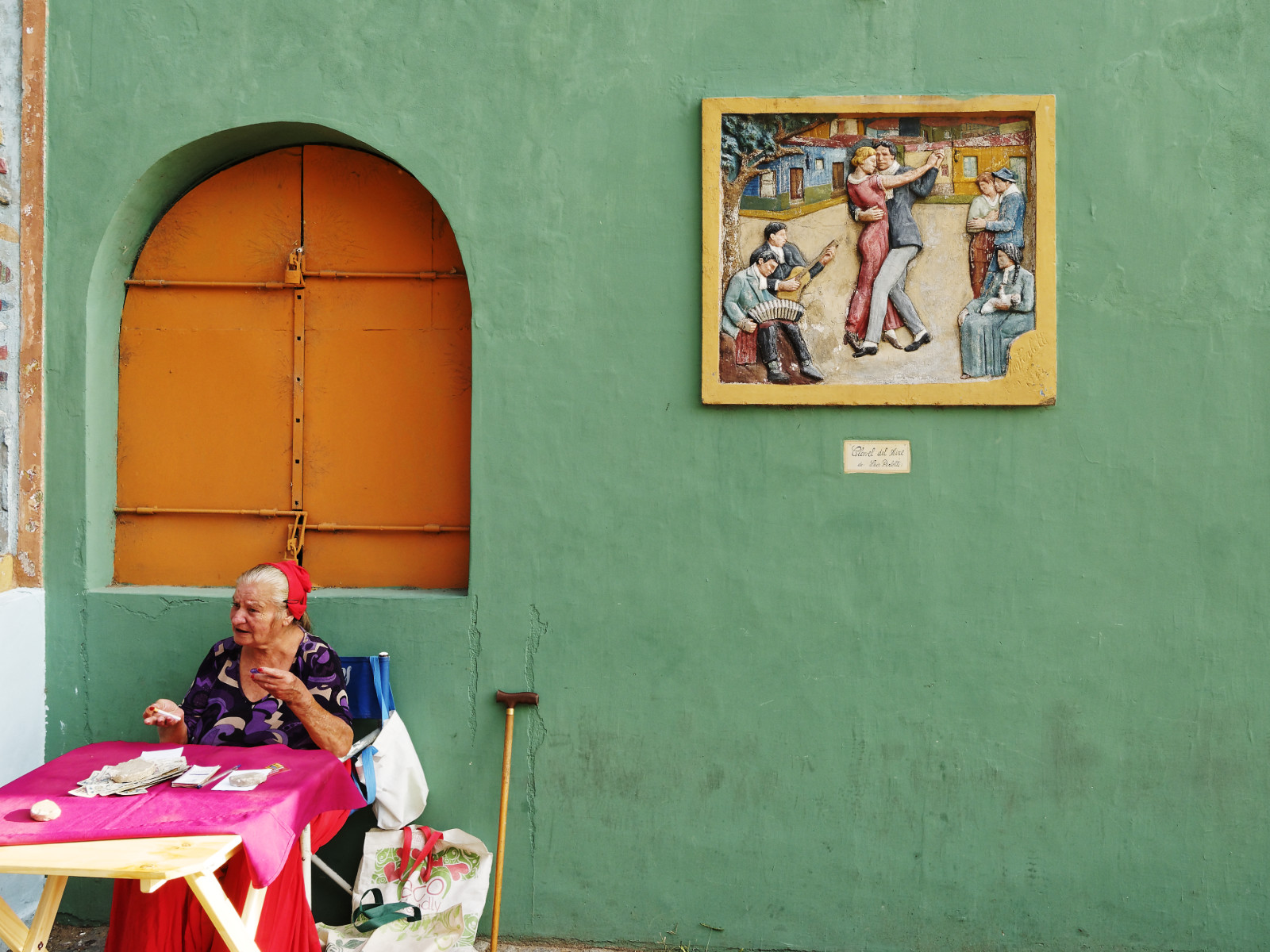 Back in April 2017 my wife and I took our first trip to Buenos Aires, Argentina. For her, it was a kind of pilgrimage to realize her dad’s dream of visiting Caminito, the birthplace of Tango. He died before he was able to realize his dream but not before passing his passion for all things Tango to his little girl. For me, this trip was mostly about enjoying the culture and the food of this beautiful city known as “The Paris of Latin America”. Of course, I was not going to pass on such an opportunity to do lots of Street Photography. Little did we know that we would fall in love with the southern part of this big city, the district of San Telmo – La Boca.

In the year 1600, on this site to the south of what was then a much smaller Buenos Aires, the ghost of San Pedro Gonzalez Telmo “appeared” to the locals. This apparition resulted in the creation of a religious following and the naming of San Pedro Gonzalez Telmo as the Patron Saint of the Old Convent of Santo Domingo which was located here. Following this, over the 17th and 18th centuries, Buenos Aires kept expanding south and began populating the Convent’s surroundings. On the 31st of May 1806, the parish of San Telmo was officially created.

San Telmo is the smallest district of Buenos Aires at only 1.2 km2 (0.46 square miles) and also one of the oldest. Surprisingly, within this large and constantly evolving city,  San Telmo is also one of the most well-preserved neighbourhood, having seen very little change while most of its old brick buildings and cobble-stoned streets remain as they’ve always been. San Telmo was originally sitting outside of the official city limits of Buenos Aires. Now it is part of an urban zone commonly called “Barrio Sur” (Southern Neighbourhood) along with the other historic part of the district, called La Boca (The Mouth, referring to the shape of the Matanza river nearby, which forms a natural harbour). 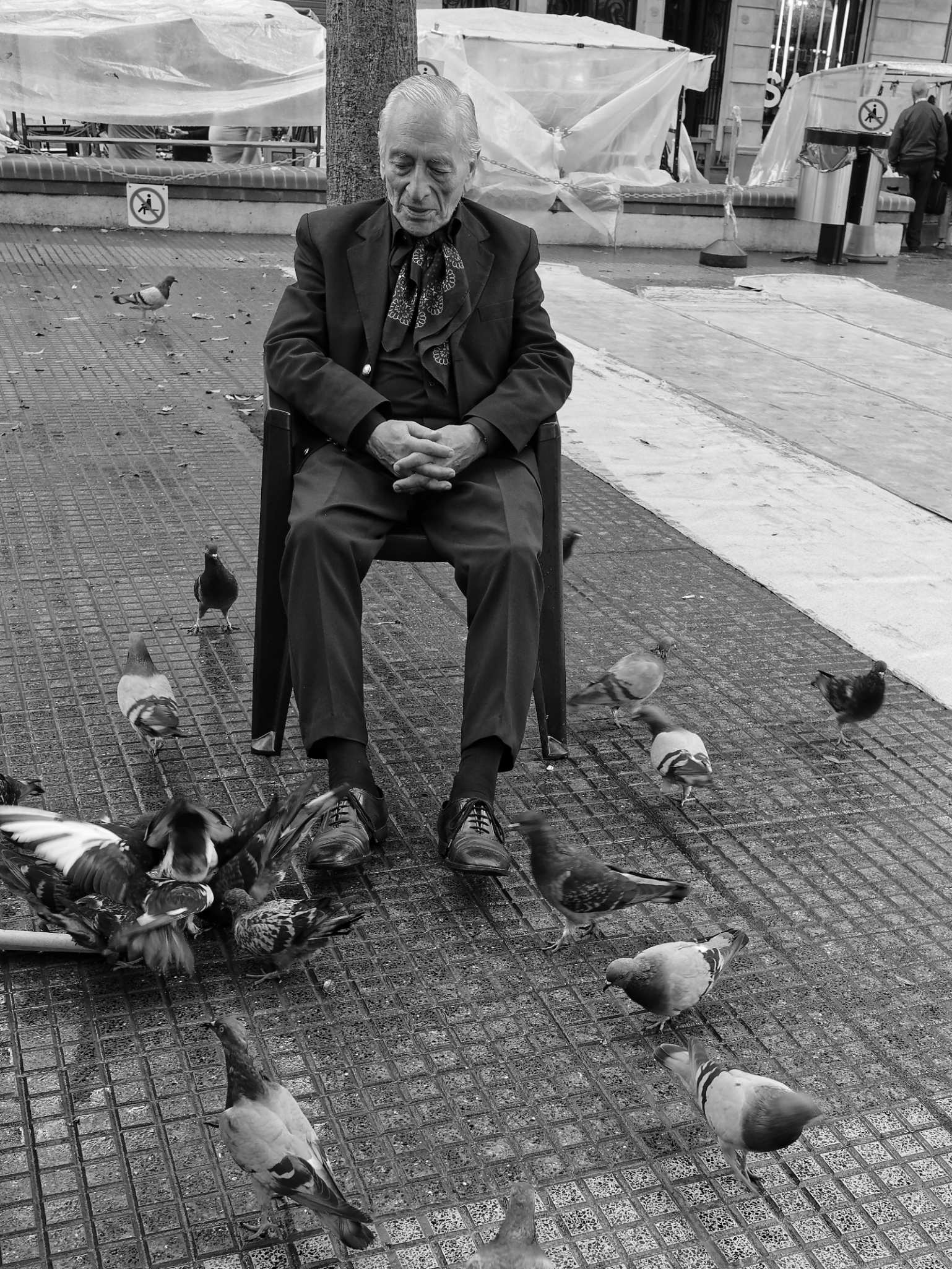 Back in the 19th century, the district of San Telmo was populated by some of the wealthiest and most illustrious families of Buenos Aires, until the yellow fever epidemic of 1871 forced them to abandon their homes and escape to the north. Most of those affluent families never returned after the epidemic subsided. Instead, it was the recently arrived poor European immigrants who took over the neighbourhood. This influx of mostly French, Italian and Spanish people who brought their cultural and artistic influence with them, created an explosion of art, culture and revolutionary thinking. 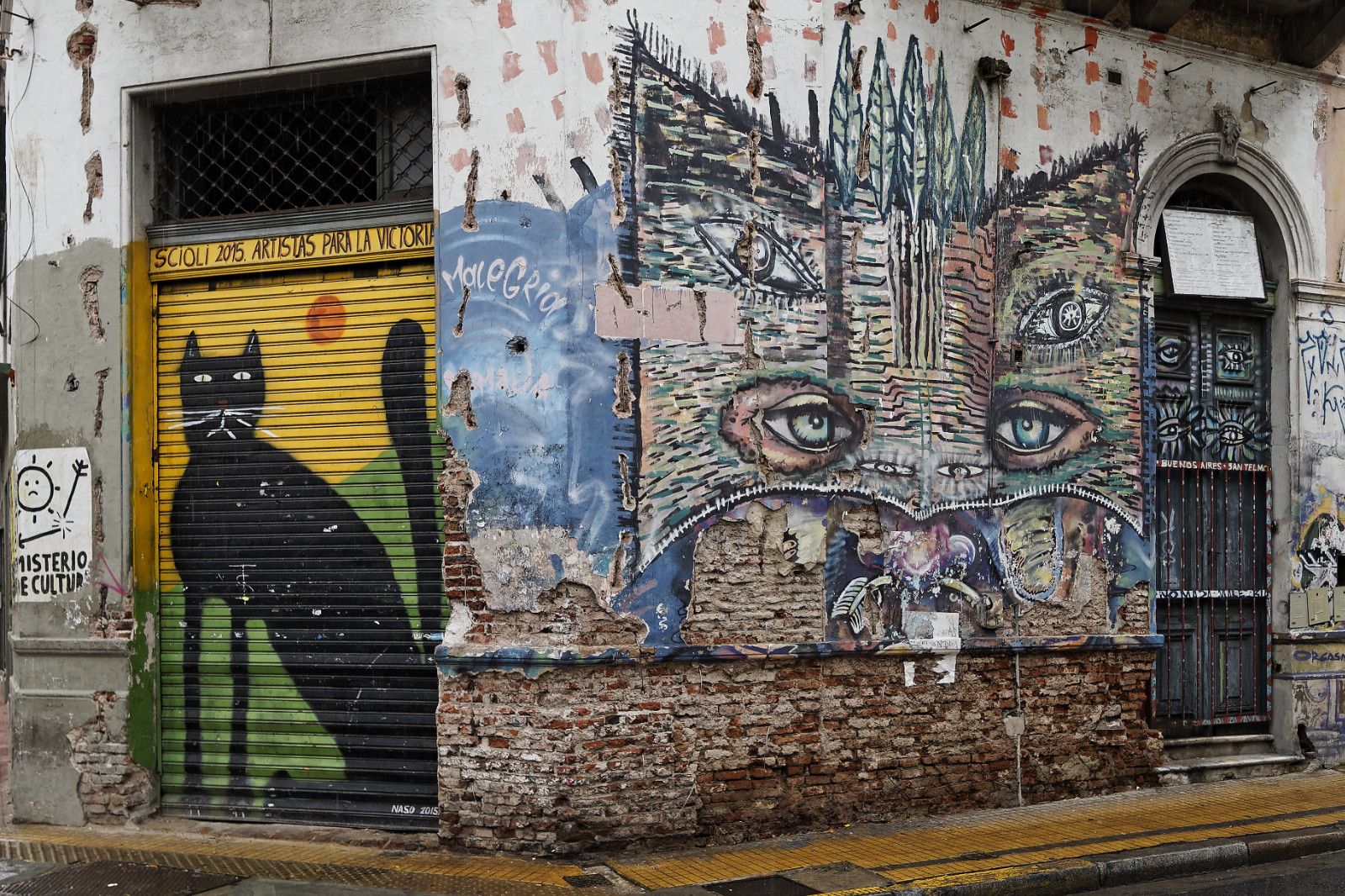 To this day, this multi-cultural influence is omnipresent not only in the architecture of San Telmo but also in its people and shops. The district has evolved into a favourite spot for all kinds of creative people, young and old. Its streets are filled with cafes, bars, restaurants, boutique hotels, art shops and dozens upon dozens of antique shops. It’s only town-square, Plaza Dorrega is usually occupied by temporary “terraces” from the surrounding restaurants as well as artists selling their wares. At night, you can observe Tango dancers strutting their stuff while you are enjoying a cocktail or a meal in the Plaza. You can even get a Tango lesson or two if you are intrigued by this elegant and sensual art form. 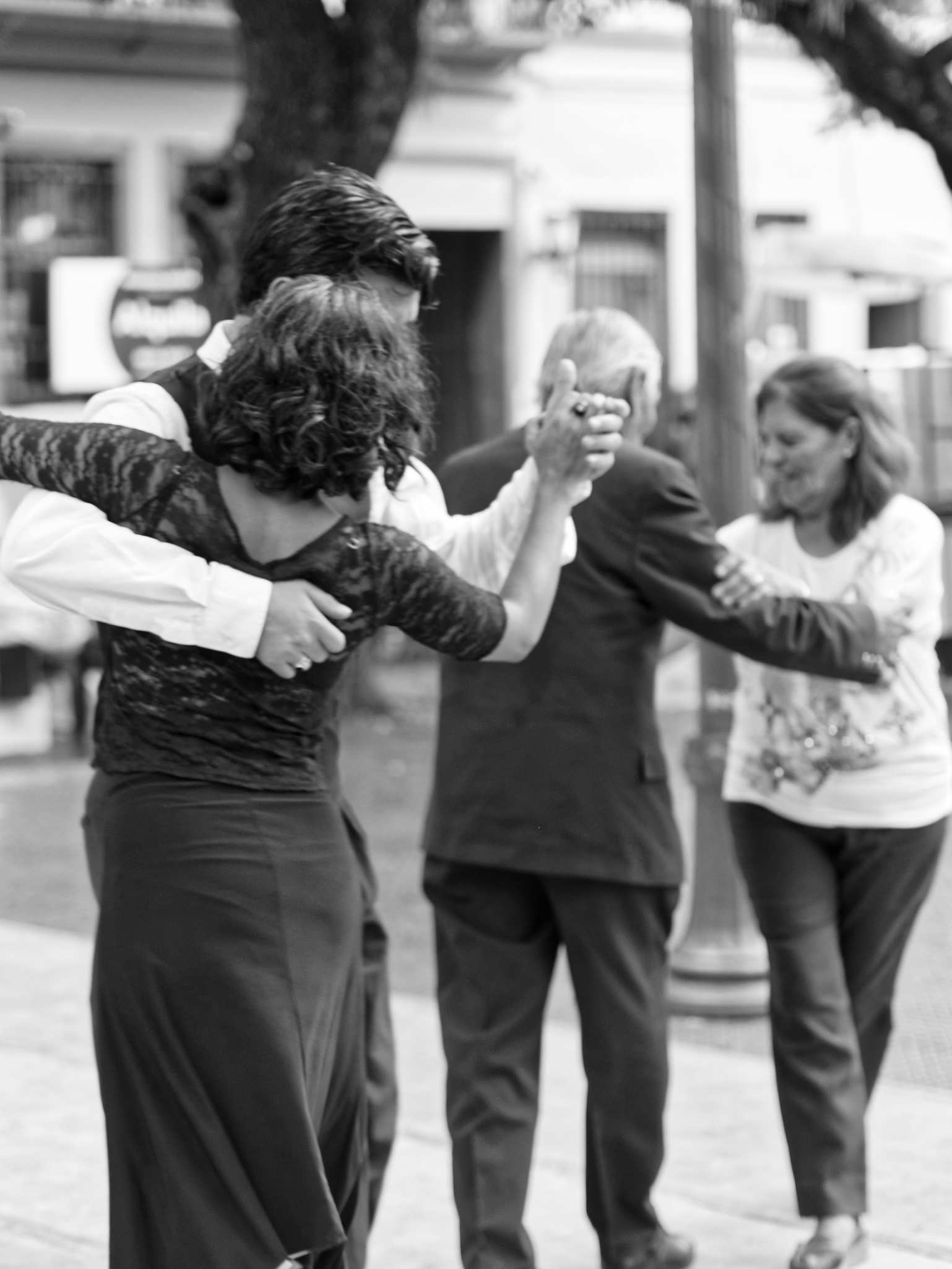 On Sundays, the Plaza transforms itself into a “Feria de Antiguadades” (Antiques Market) where dozens of tables are set up by local artists and antique dealers. You can find just about anything here, including a large selection of antique watches and cameras. Two blocks south from the Plaza you will also see the MAMBA (Museo de Arte Moderno de Buenos Aires) where there were three photography exhibits when we visited. The streets of San Telmo and La Boca are also filled with graffiti, from the mundane to the sublime. Some are purely artistic expressions, while others carry potent political messages. 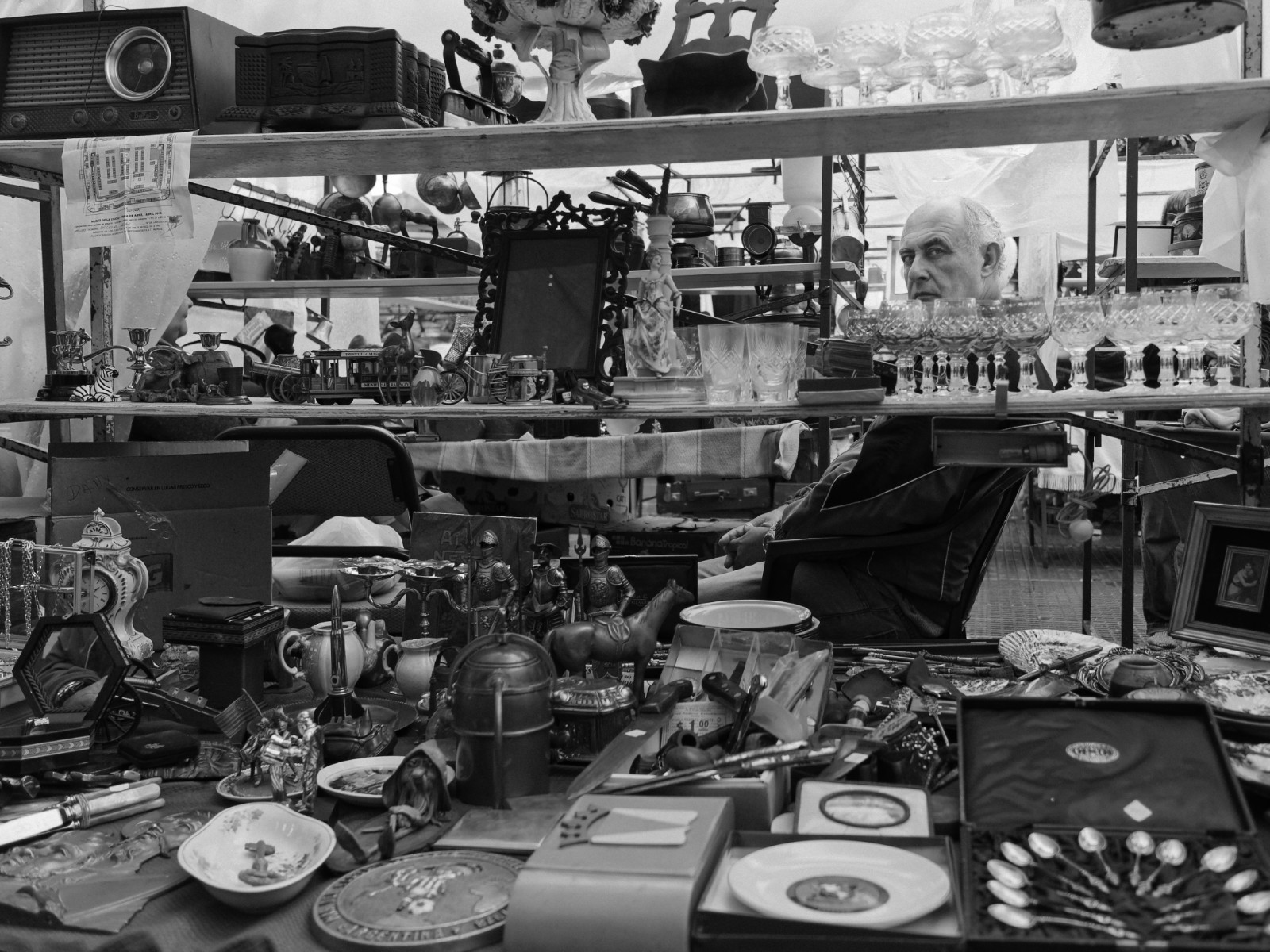 Since San Telmo was an artistic and creative community of modest people, it is no surprise that during the dictatorship of the 1970s and 1980s the neighbourhood was home to many rebels and revolutionaries. Many of them were “disappeared” by the regime, and you now find plaques embedded in the sidewalks, honouring them and their courage. 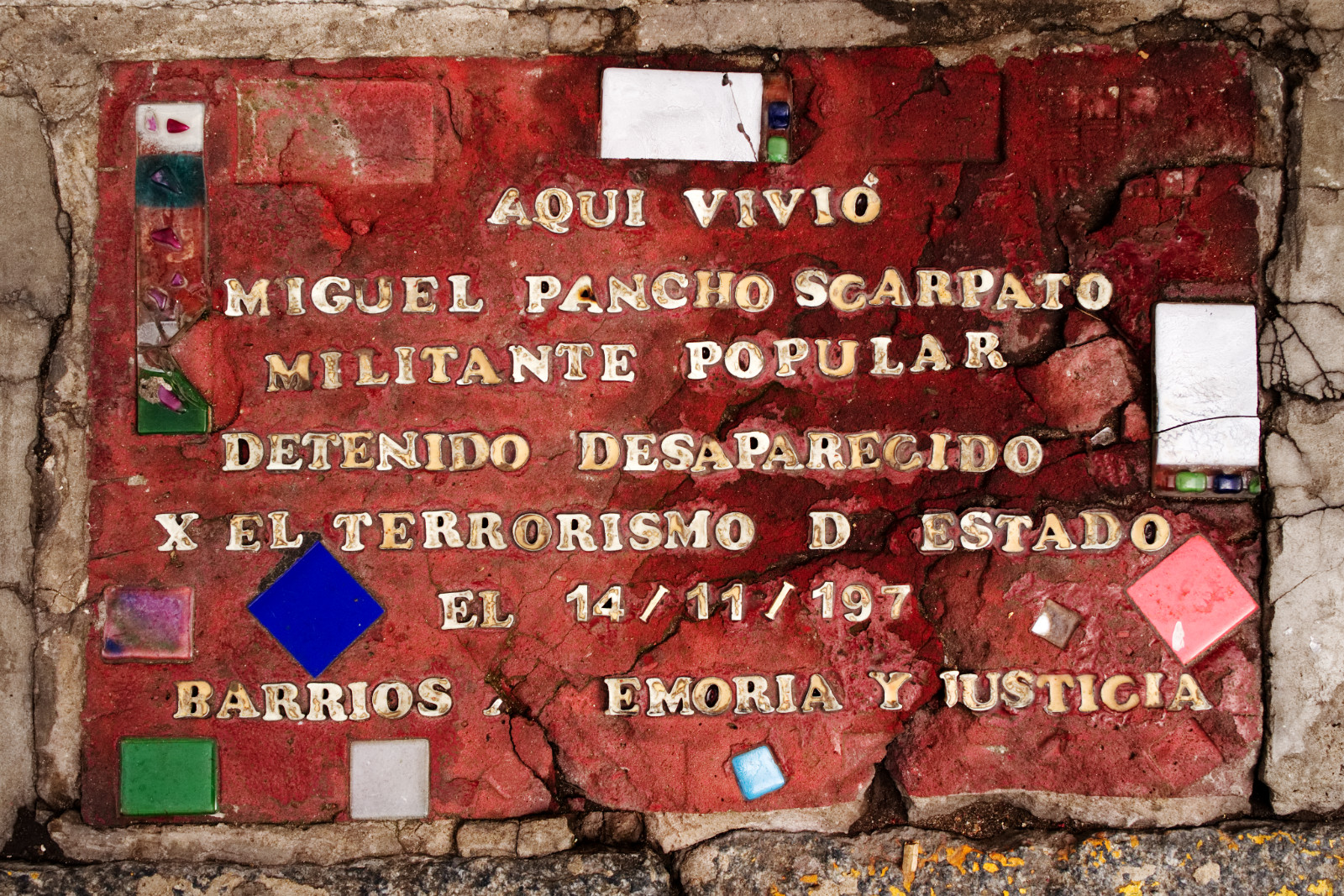 A few blocks south, in the Caminito sector of La Boca, the brick buildings of San Telmo give way to modest and colourful “conventos” mostly made of wood and tin. These used to be the cobbled-together shared-dormitories of the poor immigrants getting off the boats without a penny. Somehow, these rickety buildings were preserved. Today most of them have been converted into restaurants and arts & crafts shops. 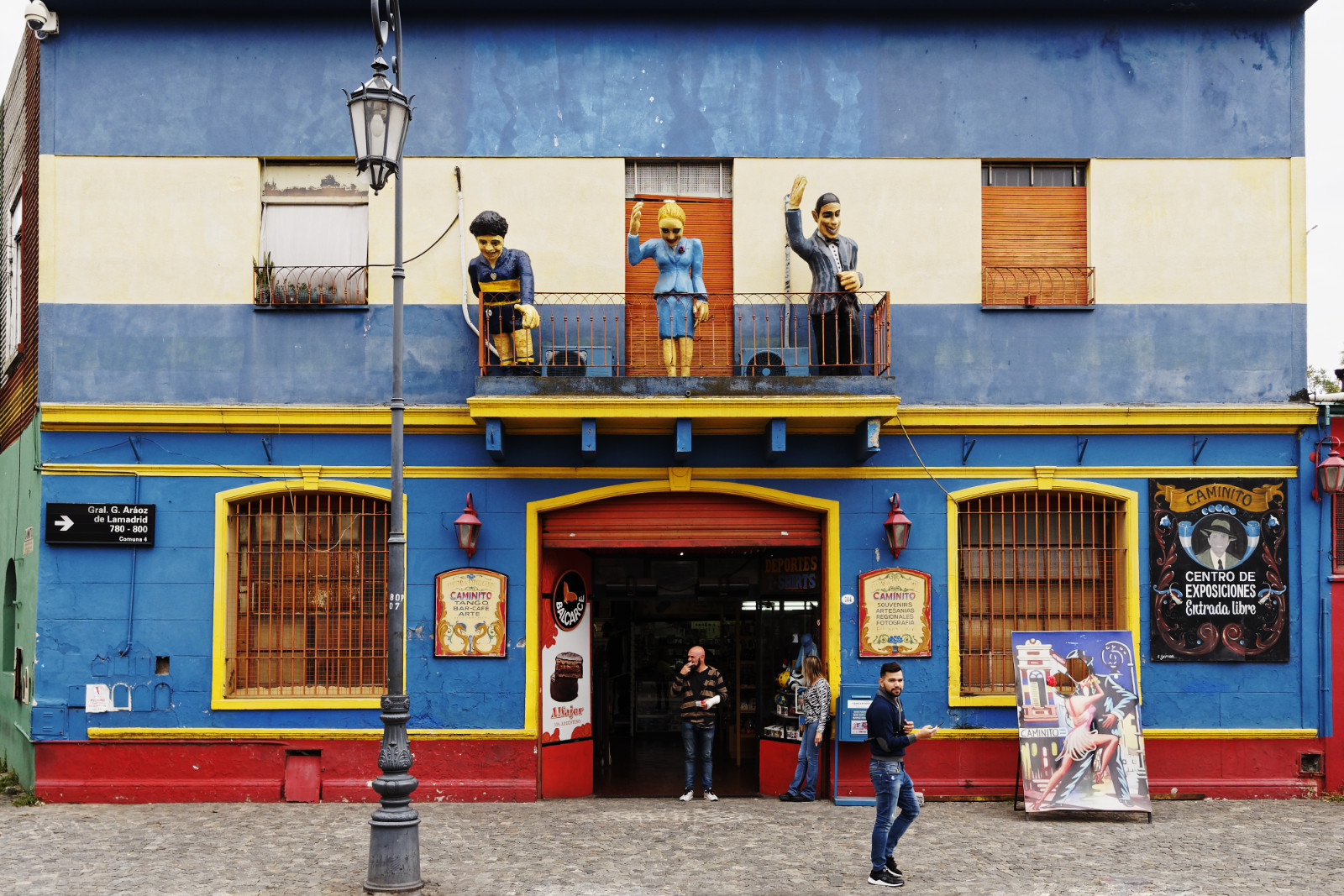 Caminito was a place of much poverty, suffering and boredom in the 1850s, which led the locals to look for new ways to entertain themselves. Those European immigrants were arriving with knowledge and experience of the first two forms of “couples dancing”, the Waltz and the Polka, which came out in the 1830s and 1840s respectively. The immigrants used these dances as a basis and added improvisation and sensuality to create Tango. The first identified piece of Tango music came out in 1857.  Since then, many different forms of Tango have emerged, creating a vibrant culture all unto its own. Today, Tango has been exported to much of the world. 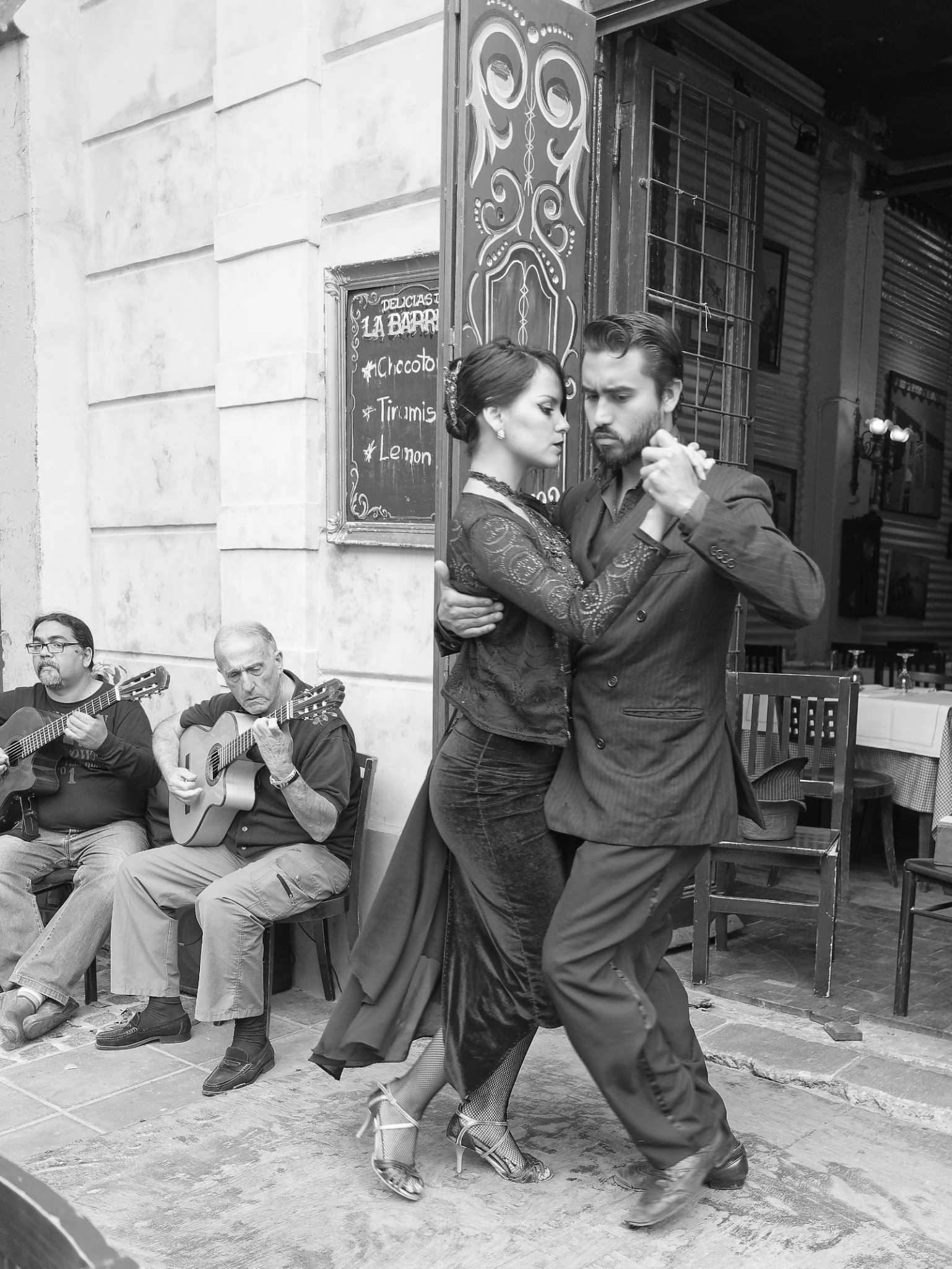 Meanwhile, Caminito, the birthplace of Tango, has lost some its cachet as it has transformed itself into a tourist attraction. In between the souvenir shops, most of the restaurants and streets offer Tango shows and Tango lessons day and night. Many struggling artists, musicians, dancers and even fortune tellers flock to this place in the hope of scraping a living off the tourist’s tips while doing what they love most. 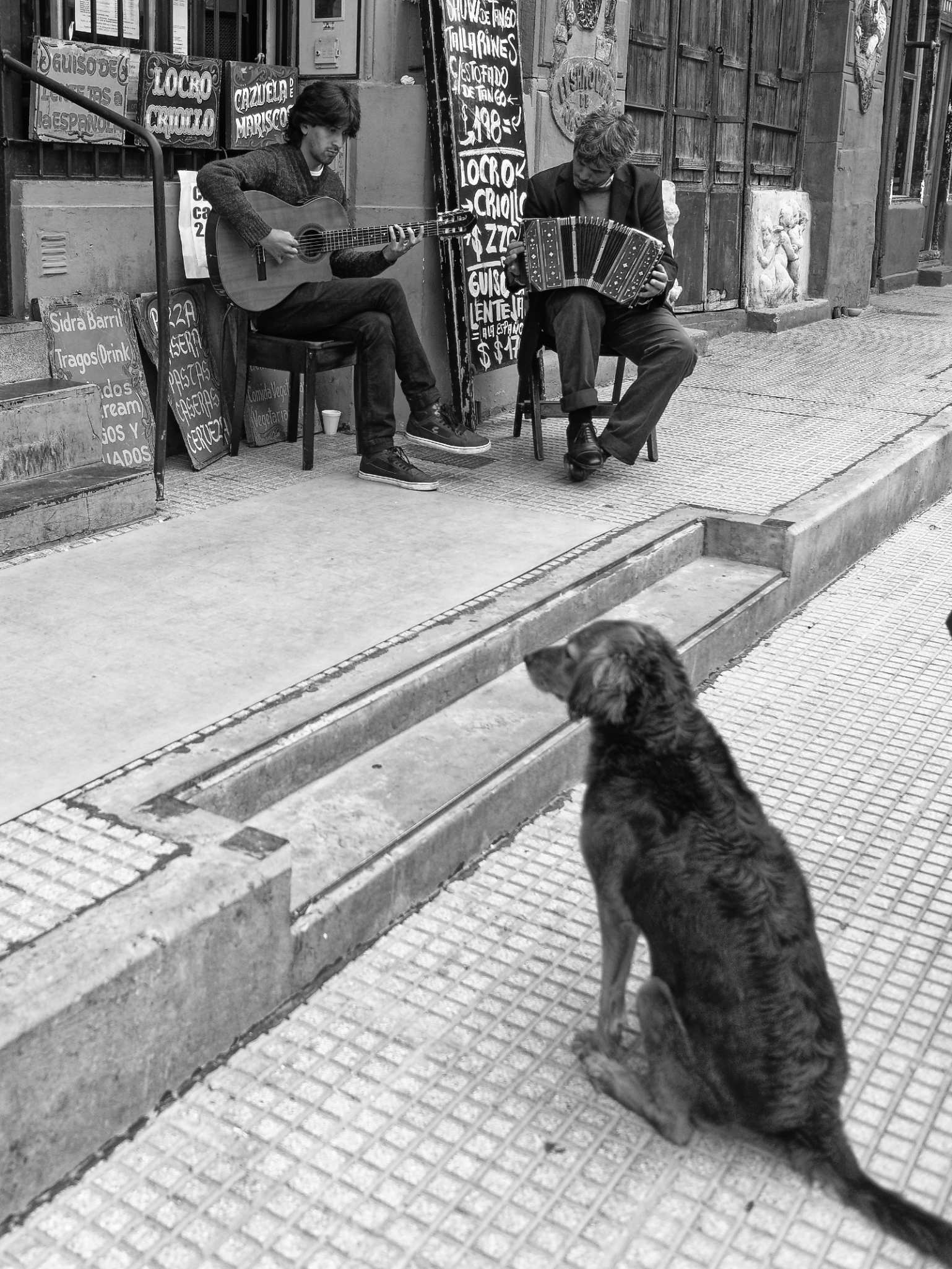