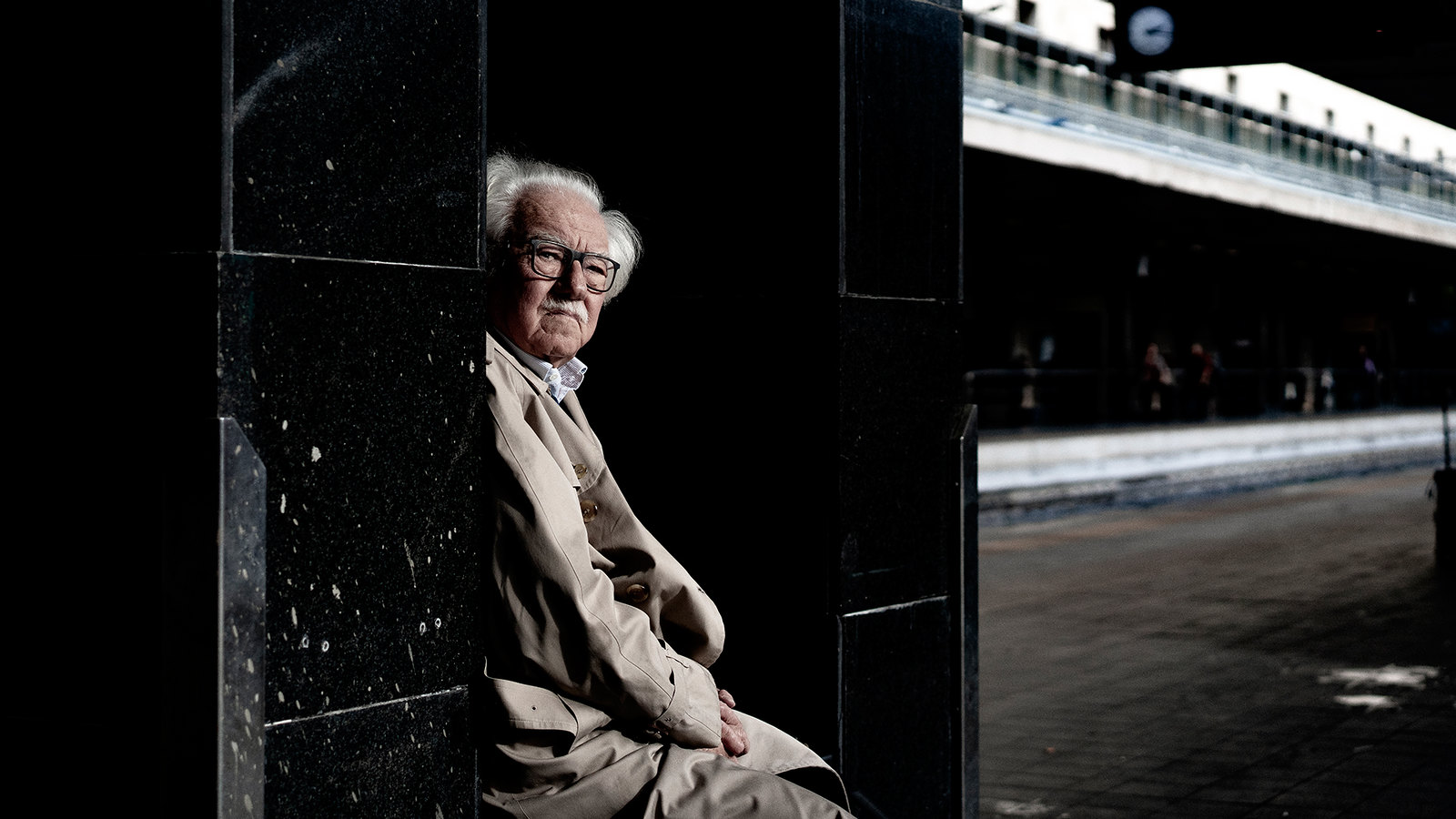 Tell me a little about how you got into photography and more specifically street photography.

To get here I took the roundabout. I’ve never liked shortcuts. Often, the most beautiful part of a trip is not the destination, but the way you get there. Born in 1964, I started photography in October 2010 when my wife gave me a camera as a gift for my birthday. But I always shyly loved it even though I was born a musician. I played guitar in bars and performed as a street singer. I played a lot, without a real project, experiencing many different jobs. Now, I am an educator in middle schools for children with cognitive-behavioral disorders.

I have been commuting for a few years now. In December 2015, when I was still not doing this photographic genre, I forgot my Canon 5DmkII under the seat, getting off the train in a hurry and I couldn’t find it anymore. I experienced the loss of the camera as a real tragedy because I didn’t have the money to buy another one. After three very long months, I managed to get together €300 to buy a new Fujifilm X30. If I hadn’t lost my Canon, I would never have bought it. Luckily, I underestimated little Fuji. Thanks to its extremely compact dimensions, combined with a respectable image quality, considering the size of its sensor, we became truly inseparable and I began secretly photographing people traveling on the same train car. Often, commuters like me. 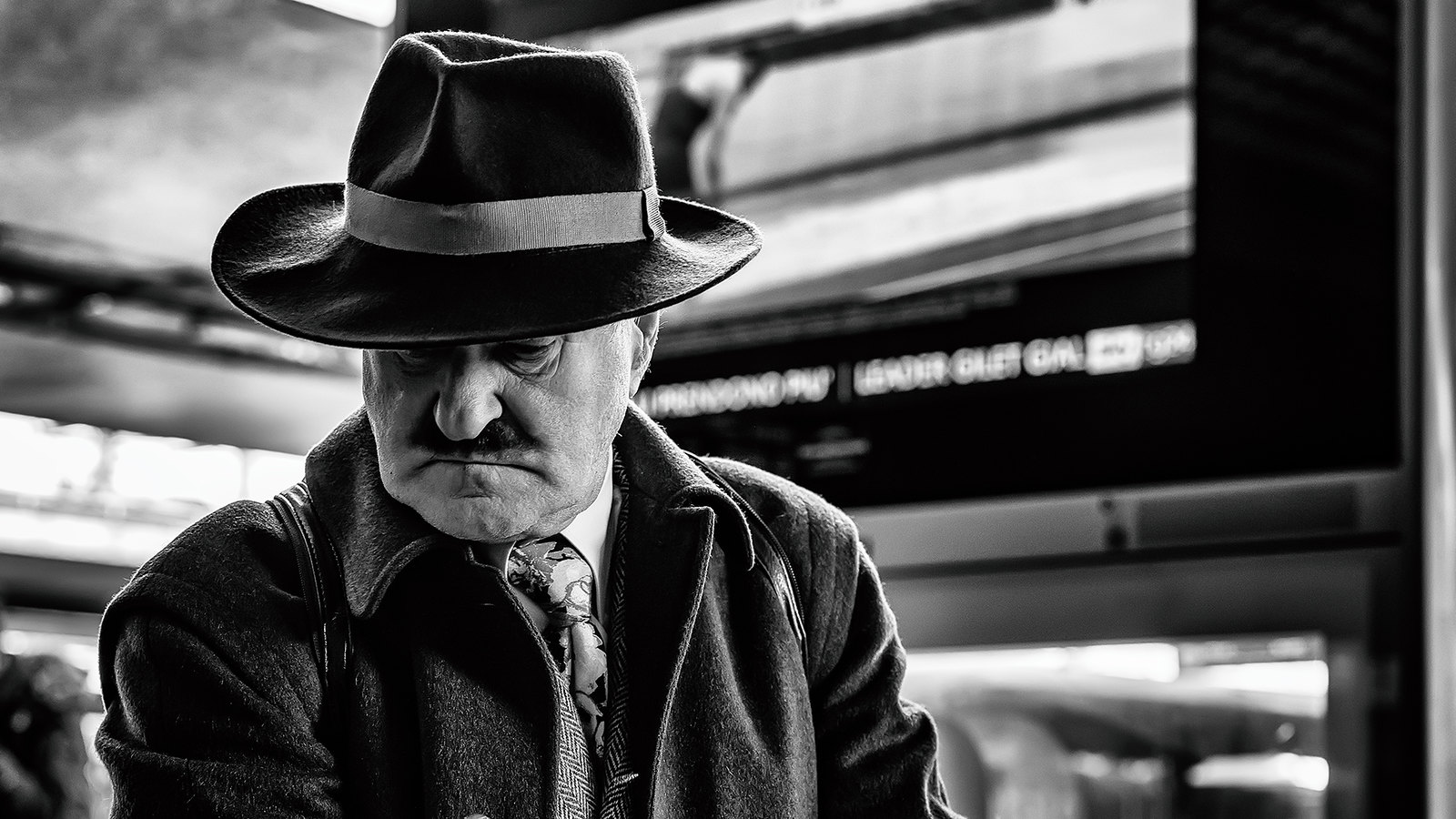 How was your railway station series born?

I have to make a little confession: being a commuter is really distressing to me. The detachment and departure from my family environment creates anxiety, a lot of anxiety, especially during the colder months. Before discovering the Street, the journey from home to work was the worst part of the day. Taking photos at the station was therapeutic. Now I live the wait to reach the station as if it were my catharsis. I can’t think of anything other than the infinite interesting images that could arise before me if only I have the courage to reach out to grab them.

Railway station, an immense crossroad of individuals of all ethnicities and nationalities, has become my hunting ground. In this fascinating no-man’s-land so many stories intertwine every day and all of them deserve to be told. I do what I can. I believe that photographing is a way to get Time to look in a different direction and caress Eternity in secret. 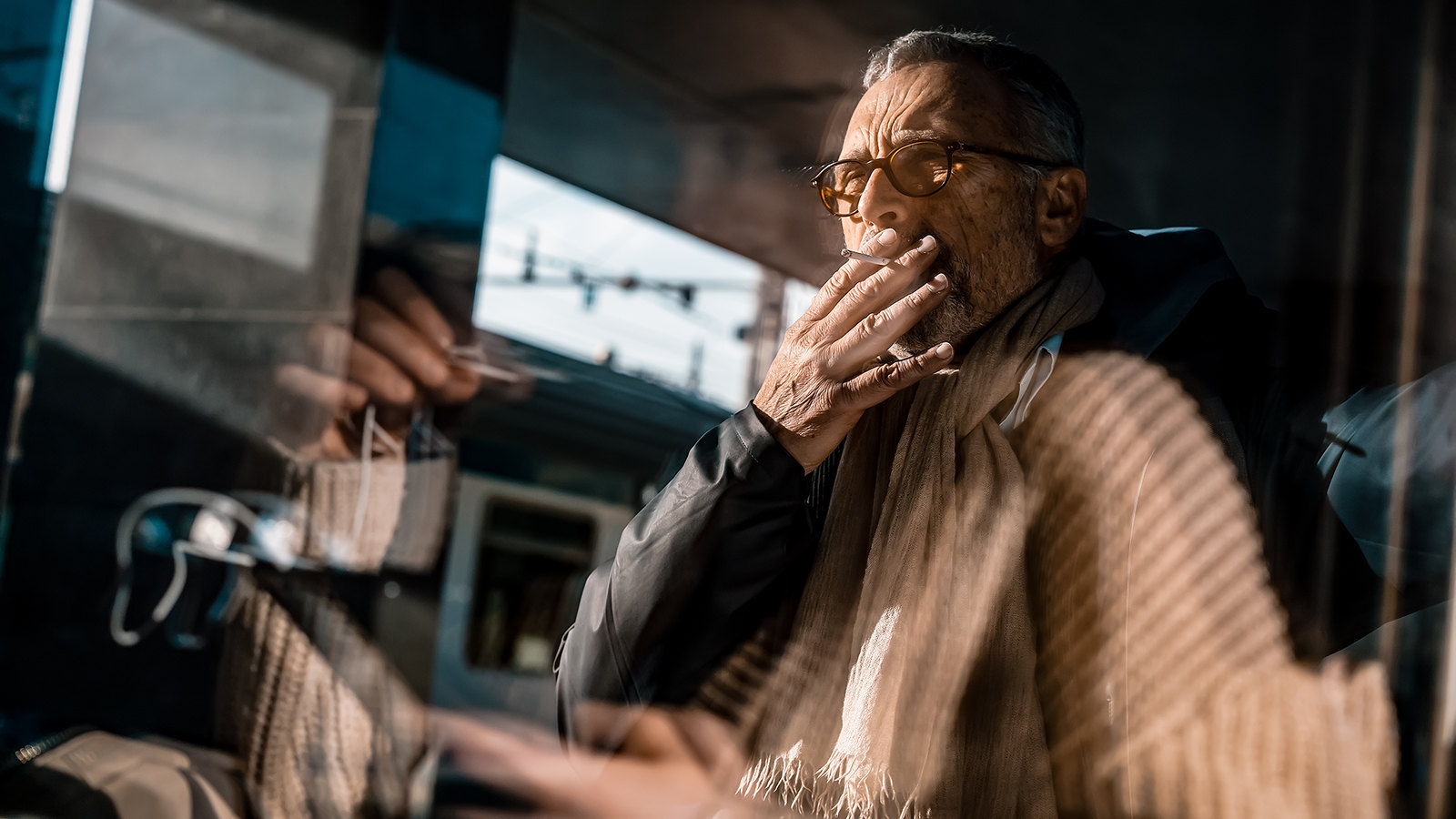 What do you think makes the pictures in that series similar and what makes them different? Also, a related question, after creating hundreds of images in this series, how do you keep the images from appearing monotonous?

Being able to catch those small nuances of daily life that can transform the ordinary into the extraordinary, this is the challenge. A look, a gesture, an expression. No man is an island? The opposite is true! And every time I sail through these archipelagos of souls, I am enchanted by the variety of microclimates. I imagine myself going through them with a submarine. My camera is the periscope. With every photo I take, I steal a frame from the hypothetical movie I’m shooting in my mind. How many main characters in thousands of screenplays for millions of movies that I will never see! I wish I could hug them tight and telling “everything will be all right”…or hear them saying that to me. But it is not possible. So, I take a photograph to bring with me forever. 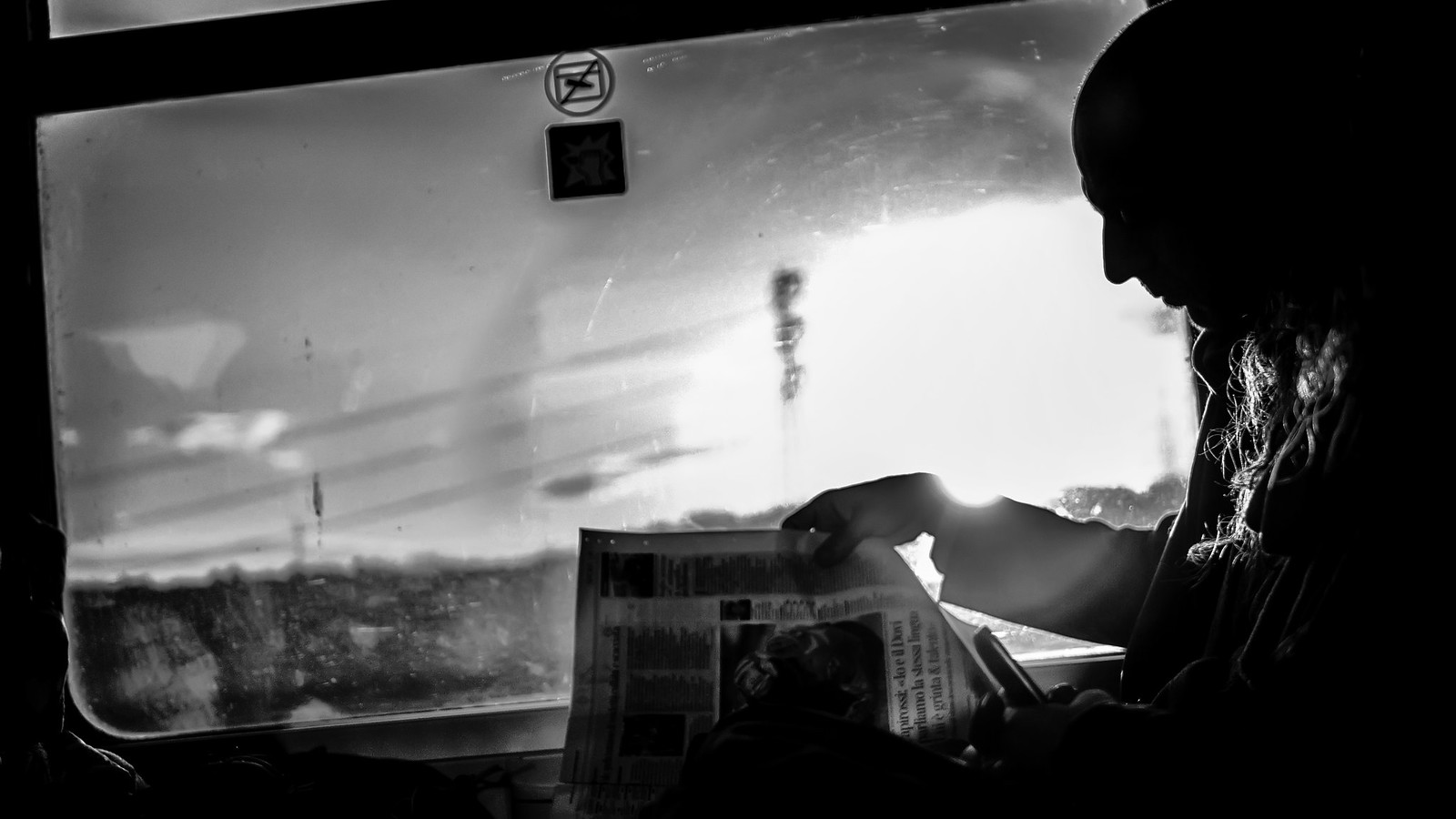 What have you learned about photography from this series?

Unlike some other street photographers, who leave the house specifically to do Street Photography and, as river fishermen, have the patience to lurk for hours waiting for the right moment, I do not search for the photos that I take. The shots come to meet me as I walk to go to work. I dedicate to the Street that little piece of time that goes from when I get off the train to when I enter the subway (and vice versa, on the way back home). I like to think that it is fate that makes me pass by in that precise moment and not a moment before, or a moment later. I believe there is so much beauty in front of each of us, right under everyone’s noses, but sometimes it seems that I am the only one to notice it. I learned to look around and be more empathetic. Doing things lightly can help us live better, but we often miss the poetry of small things. 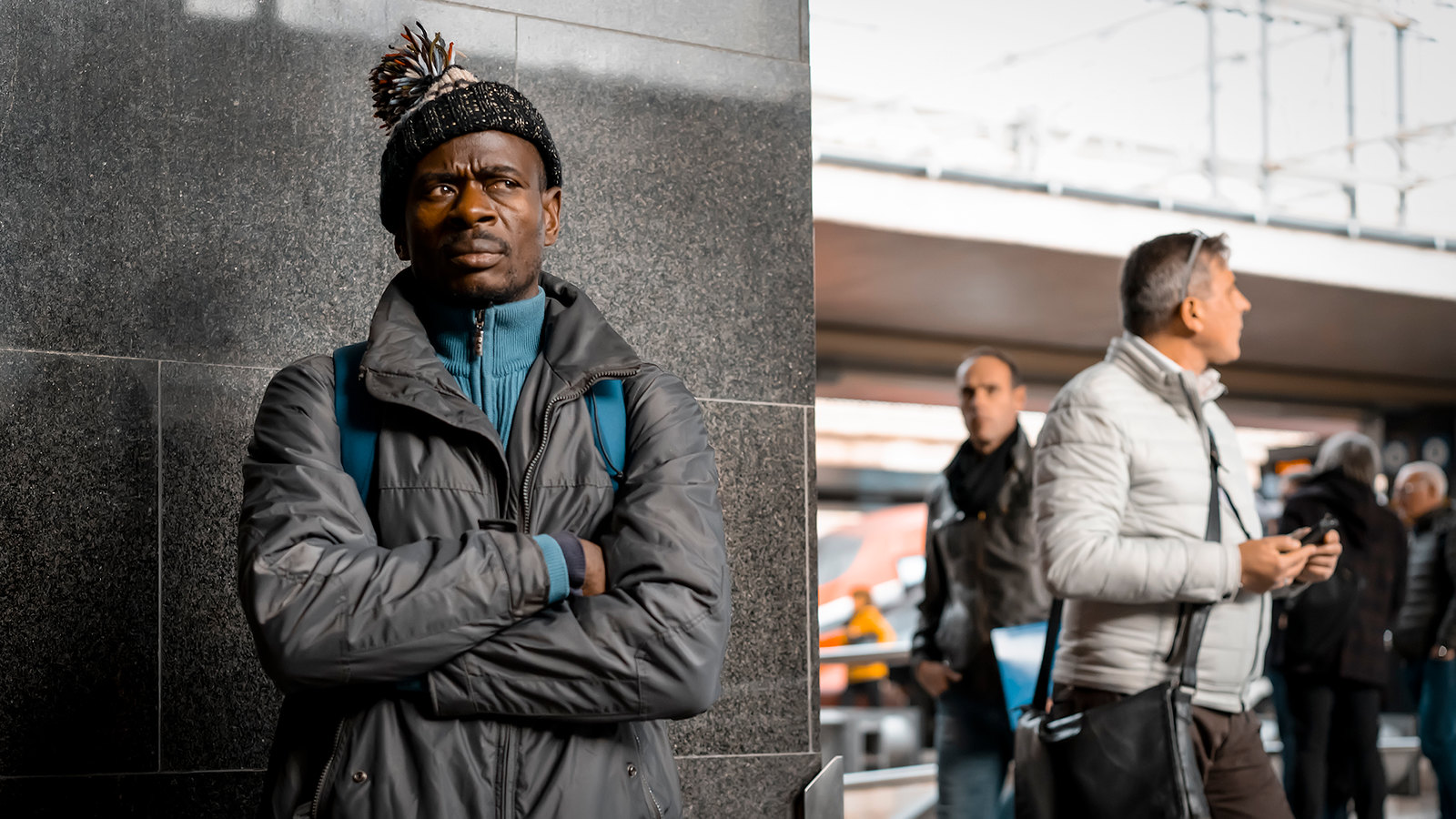 What have you learned about yourself, other people or even life from this series?

Looking at people, when nobody notices you, is like watching the fireworks of spontaneity…an explosion of moods of every color. It’s like being in a kindergarten, among dozens of children playing and interacting with each other. True, children’s eyes are really the mirror of their soul, because they have no filters. Like the expressions of adults absorbed in their thoughts and chores. I walk through the crowd, while I go to work, meeting lawyers, secretaries, workers, soldiers, teachers, students, train managers, tourists, vagabonds and train conductors. I move among these people aware that I will never be one of them. And I look at them with a sort of admiration. It seems that everyone has found his place in the world. Everyone except me. Maybe my role is to steal their truths to deliver them to those who don’t have them. Because that’s what street photographers do. 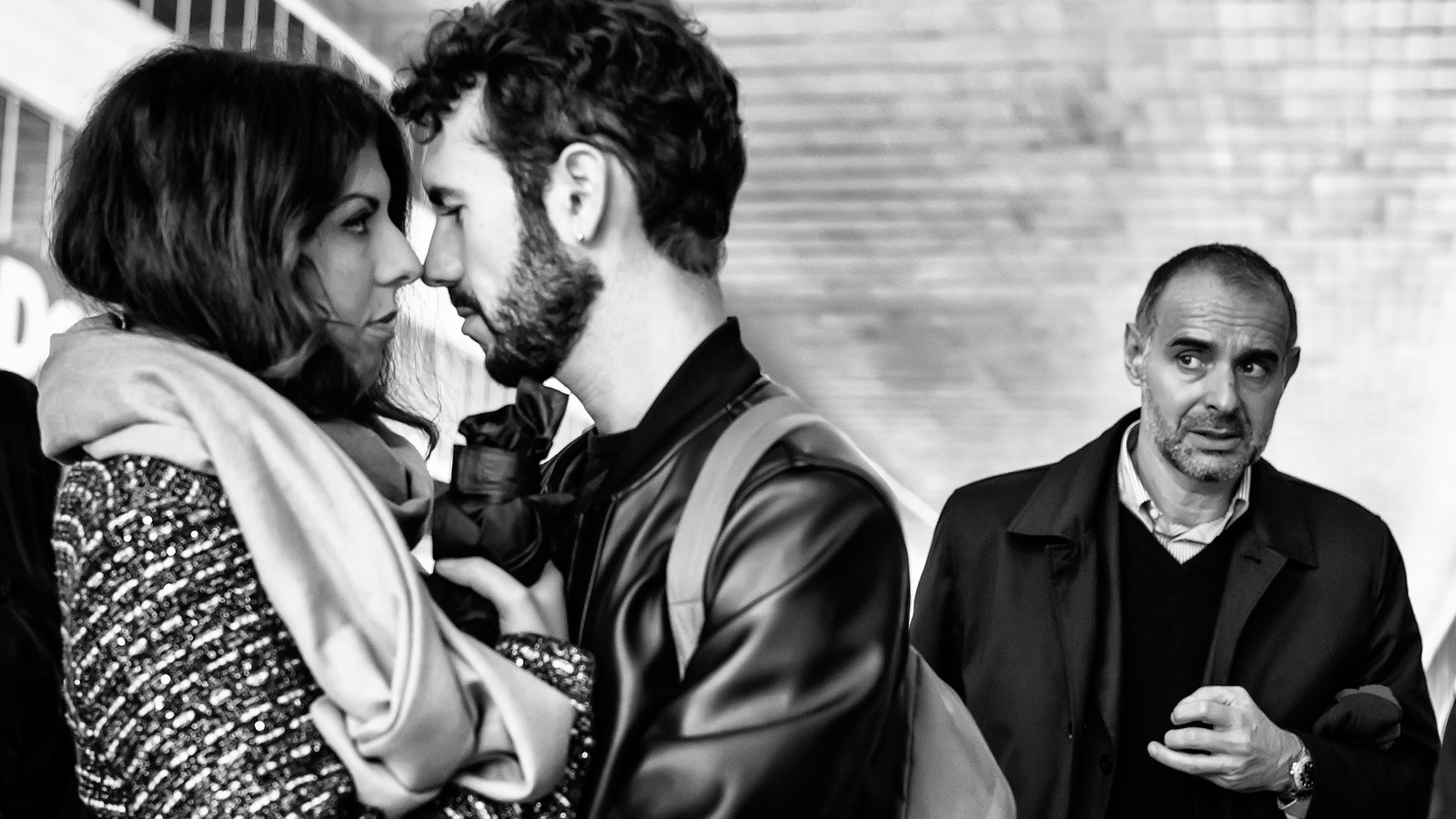 Do you have any tips for anyone wanting to start a personal photography project?

““How sad it is!” murmured Dorian Gray, with his eyes still fixed upon his own portrait. “How sad it is! I shall grow old, and horrid, and dreadful. But this picture will remain always young. It will never be older than this particular day of June…If it was only the other way! If it was I who were to be always young, and the picture that were to grow old! For this—for this—I would give everything! Yes, there is nothing in the whole world I would not give!”” – From the book The Portrait of Dorian Gray by Oscar Wilde 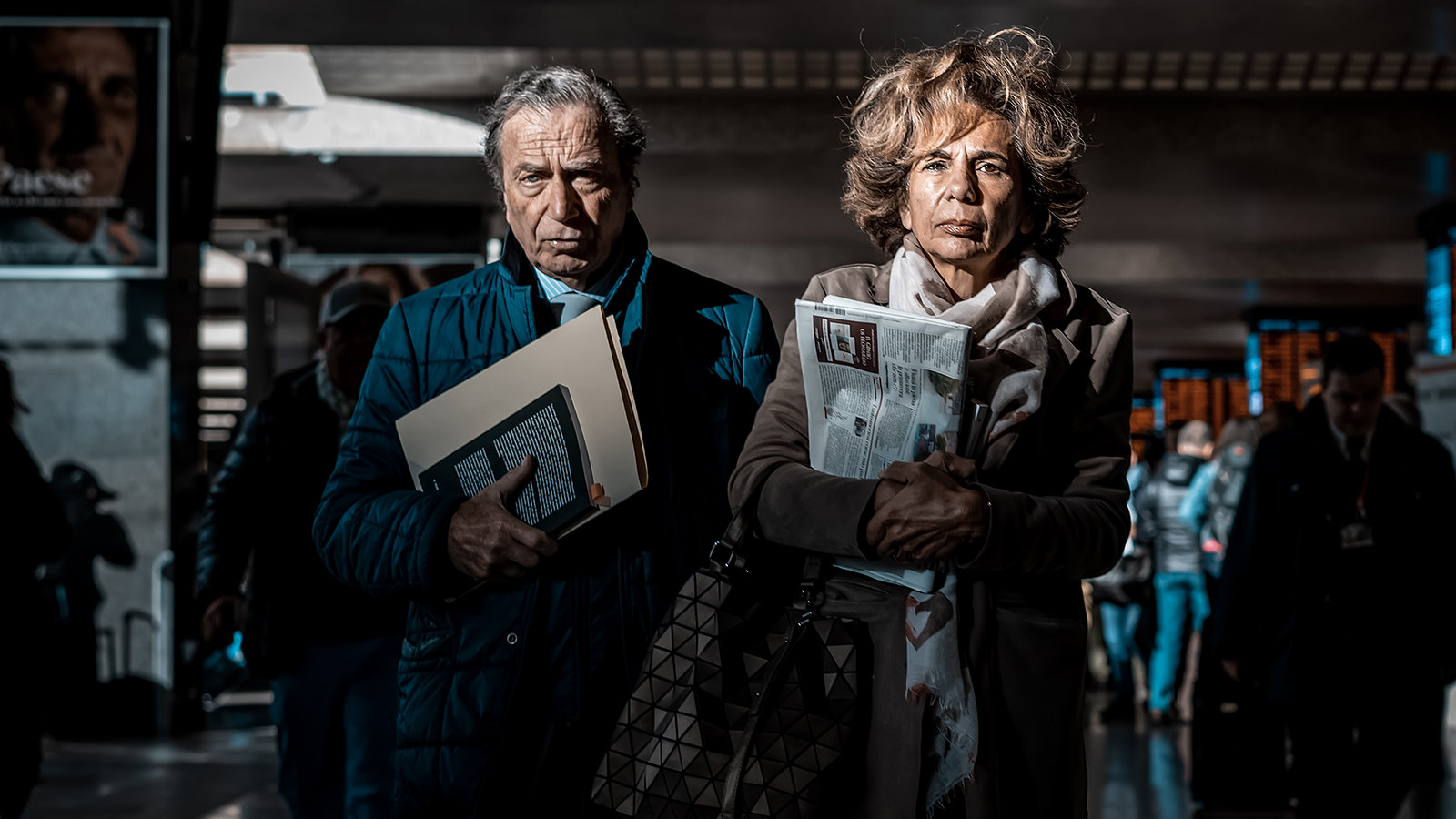 Had it been a simple photograph instead of a painting, it would have made no difference to Dorian, of course. Of course, he wasn’t interested in immortality as much as keeping his young appearance. But staying forever young can lead to the same result.
It is amazing how our survival instinct drives us to capture the fleeting moment. Whether it’s a photo, a painting or a sculpture, it is still a battle cry. Because Art is, in its maximum expression, the uprising of the Soul.

The modest advice I can give to anyone who is reading is: Let your soul rebel. 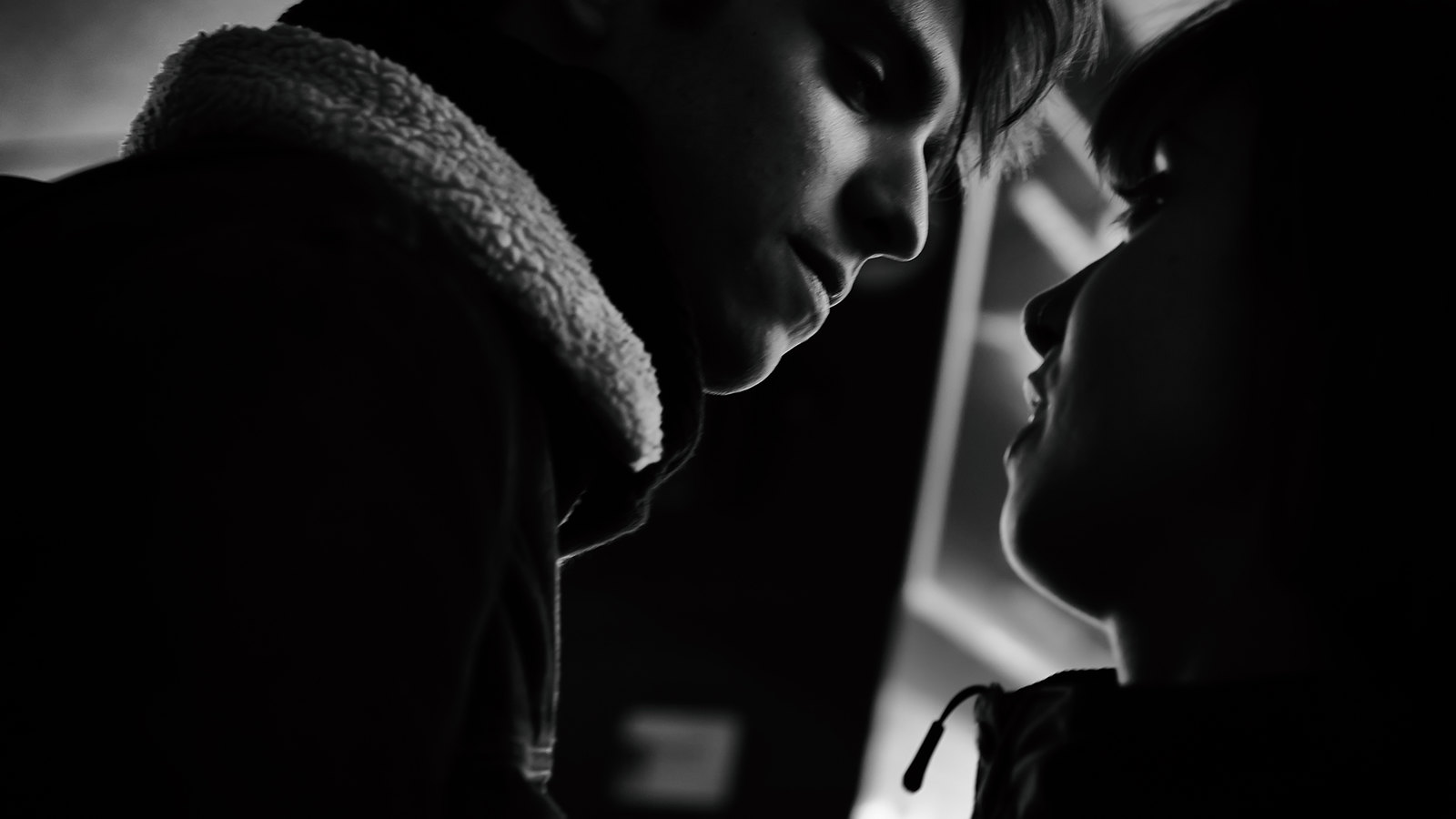 Editor’s Note: To learn more about Roberto and see more of his work, be sure to visit his Flickr photostream. This photographer was selected from our Flickr group (Street Photography Magazine), where we regularly choose photographers’ work to be published in our magazine.