One of the most fun things to do is test new cameras, and although the RX100 MKIII has been on the market for some months it never caught my eye. Let me first explain why…

I’m very happy with my Sony A7r, in fact it’s the best camera I ever used, it’s small and it delivers a stunning quality. However there are always situations where you don’t want to bring a camera but you do want to take pictures sometimes, normally I will use my iPhone and although the images are great (for a phone) it’s exactly as I said, they are ok for a phone….. And yeah I know there are some amazing shots online made by iPhones and I can pull that off too… if the situation is 100% right, but in most cases it simply is not the case, so you will need a “little” bit more power. Because the last few months we’ve been traveling around a lot the idea of a small iPhone alternative camera grew and grew and during Photokina I did start “shopping around”. I always loved the Fuji cameras so the X30 would have been a good option, however I’m also very much in love with the dynamic range and looks of the Sony cameras and thats when I found the RX100 MKIII, of course I knew they were there but I never held one, and it was a bit of a shock to see how small they are….

Here you see it next to Annewieks iPhone with Mophie case. 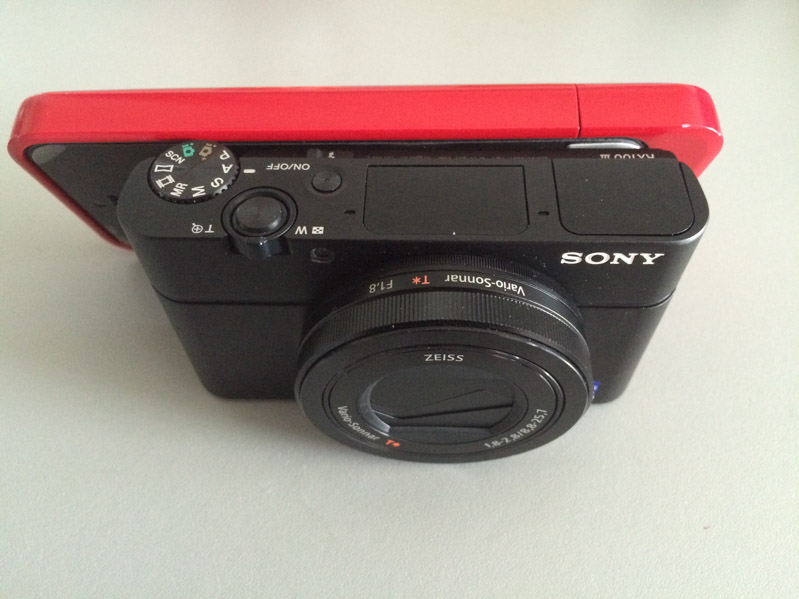 As you can see it’s pretty small, and indeed it fits in my pocket, and that was the idea.
So I asked Sony to send me a review sample which I received yesterday, I charged the battery and decided to go to Kampen for an hour to walk around and do some street style shooting. Now normally Kampen is very busy and cool to shoot but ….. well today it wasn’t, but of course there are still some nice shots to take if you know where to look.

All shots were done in RAW and developed with DxO optics 9.5, after this the look was created with Capture One and the Black and whites with MacPhun Tonality.

Let me start with some first impressions.

Awesome, very small, but it’s still ok in my hands, although I’m afraid I will drop it one day, so I would add a small hand sling.
It fits in my pocket and Annewieks bag so this would indeed be the perfect camera for traveling.

Starting up is not instant but when it’s ready IT IS READY, focus is lighting fast and to be honest I sometimes feel it took the photo before I realized, and I mean that in a positive way.

Almost 100% of the shots I took were in focus on the point where I wanted it, considering how fast it focussed that’s impressive.

The ring around the lens can be used to change the aperture and that’s a welcome addition to the “wheel” because changing aperture should be fast and not via a small dial like you find with many smaller P&S cameras, hats of to Sony for this decision. For the street I mostly shoot on Manual mode, auto ISO. This way I can control the speed and aperture and the ISO will be controlled by the camera. Or AV mode when it’s light outside.

Ok this is of course where it all boils down to, how is the image quality.
What I can see so quickly images up to ISO1600 are no problem at all, ISO3200 is nice but at ISO6400 you start to see the image break up… but in normal light it’s more than usable. Go up higher and you get some nice images to convert to BW. Overall I’m more than impressed with the RX100 MK III.

Dynamic range is “ok” and I mean this actually not like it’s “ok” but more like it’s very good, but compared to the A7r it does lack, some skies I could get back with the A7r stay blown with the RX100 MKIII, but hey that is expected, compared to the X20 (the last small Fuji I tested) the RX100 MK III has the edge by a wide margin, same for high-ISO. I think it’s impressive to get this kind of image quality from a 20MP sensor this size.

The RAW files can be pushed in Lightroom but really come to life in DxO optics and Capture One, the detail you can extract is stunning, but the highlights are a bit limited compared to the A7r (but again that’s actually not a really honest comparison).

The lens is stunning, with an aperture from 1.8 on wide (24) to 2.8 on almost all other settings (up to 70) it’s more than fast enough for almost every situation you will encounter, especially when taking into account that you can shoot up to ISO3200 (6400). The images are crisp considering the size and build of the camera, heck I would even say they are much better than what you would get from a DSLR with a kitlens. Now throw in some serious glass…. well ok you get the idea it’s a pretty impressive lens.

What I love about these kind of cameras is the screen, you can flip it and shoot from a lower angle. Which gives you great options, especially when you don’t want to sit on the ground every time. 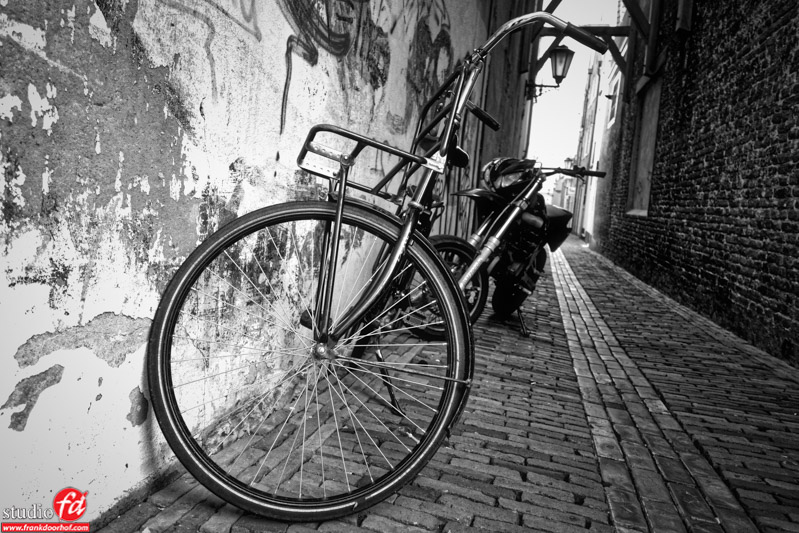 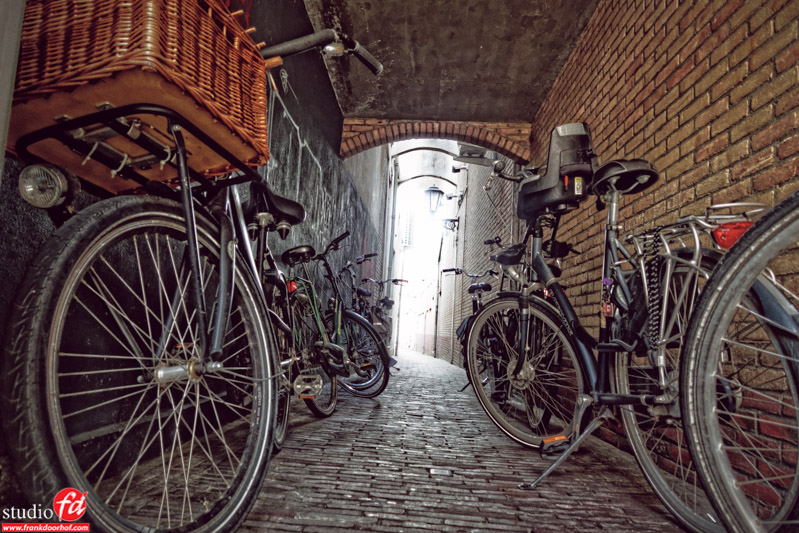 Another cool thing about the camera is the way you can take “selfies”.
Just flip up the screen and when you press the shutter a nice countdown starts 3.2.1 “smile”

As mentioned dynamic range is impressive for such a small camera, it was not the best weather and with many other cameras the skies would be almost completely white, still the Sony RX100 MKIII managed to get some pretty amazing detail back in both the blacks and whites. 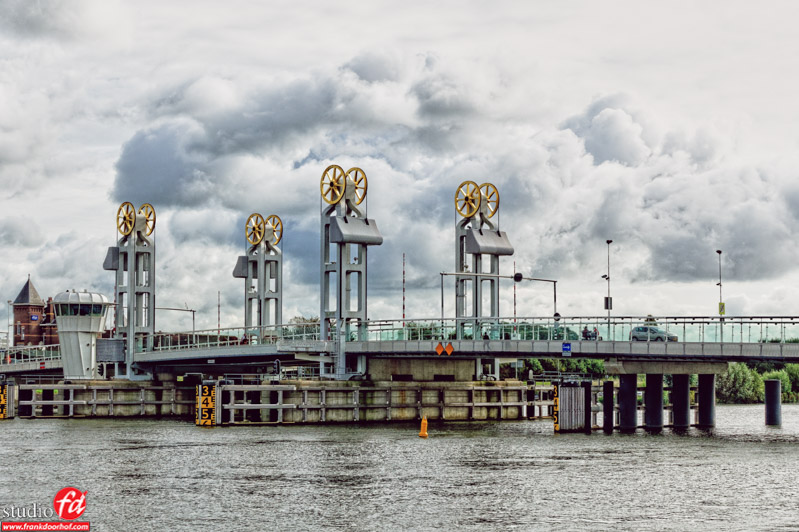 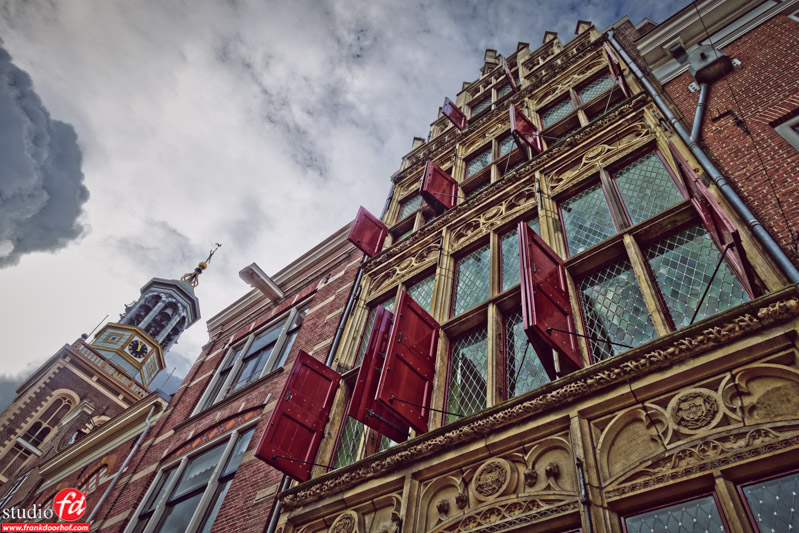 It gives the images almost an HDR look which I personally do like to get out of one shot, saves a lot of room on the card and processing, and to be honest ever since I’ve been shooting with Sony I hardly shoot HDR anymore. And always remember you don’t HAVE to use it, you can still shoot without this look of course, it’s just an extra option to get detail back very easily.

A lot of people will ask “but what about bokeh?”
Well here you see a small sample of the DOF you can get, this bike was relatively close to the background so you can without a doubt let a subject pop out. 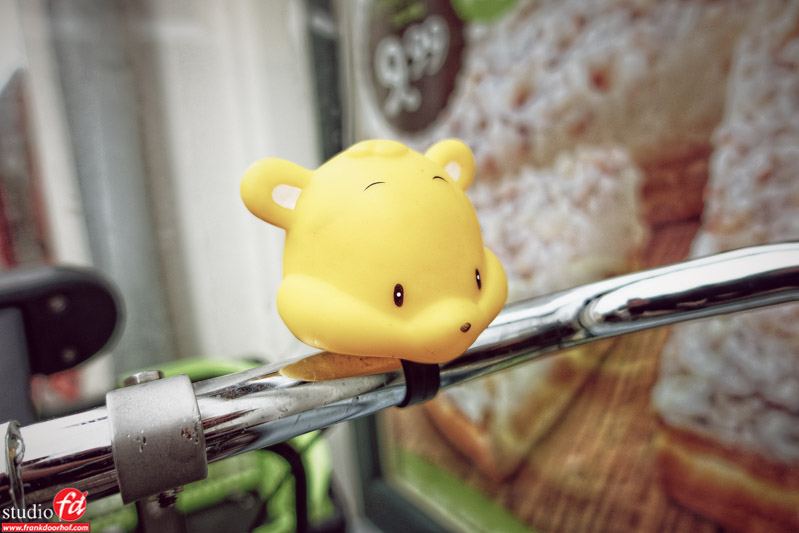 I only did a small video but also there the RX100 MKIII is not bad, I would say “not bad at all”, the AF was relatively fast, the quality more than ok and the sound… well you could hear what was going on and it was ok but nothing more, on the other hand what do you expect from a small camera, I was already more than surprised with the video quality and for audio you can always use an external recorder (which you should anyway if you’re serious about video).

Yep…. it’s not perfect.
There is no microphone input for video (not a big deal for me), but…….. a big deal in some cases there is no hotshoe and also not a sync cable option, meaning I could never shoot in the studio or on location with strobes. The question is “would you ever want to do it”…. well no but it would be nice to be able to do it just for fun. The camera also doesn’t have a separate charger but is charged via USB with it’s own charger (and probably also via the laptop or PC/Mac), not a big deal but I always like to be able to charge the batteries separate from the camera.

The RX100 MK III is of course equipped with Wifi and NFC meaning you can “send” your images straight to your phone or tablet, this is a very nice feature when traveling, you can shoot with the RX100 MK III and edit the images on your iPhone, share them on social media and have everything done before returning home, especially with Lightroom mobile and Snapseed the iPhone is a very powerful photo editor and most of the time I will use it on trips to do some quick edits.

Another thing I love is the EVF, now shooting from a LCD sounds nice but somehow it never gives me the “feeling” I’m photographing, and Sony solved this. You can pop out an EVF and although one would think that it will never give you a good image the surprise is huge when you look through the viewfinder “WOW this is cool”, it’s not a gadget but something that is incredibly useful, it’s magnification is very nice and the quality is very crisp. Same goes for the LCD on the back by the way, very smooth movement and very very crisp.

And Finally, the Popup Flash

Yeah I know a lot of people claim they would never need one… well ok that’s your opinion I love it, it can often just gives you that extra little pop you need in a restaurant or the selfies in the less perfect situations. I like the flash Sony used for the MK III, it’s very similar to the one found on the Fuji which I labeled as the Wally Strobe, the nice thing is that you can actually push the strobe up with your finger and use it as bounce flash 😀 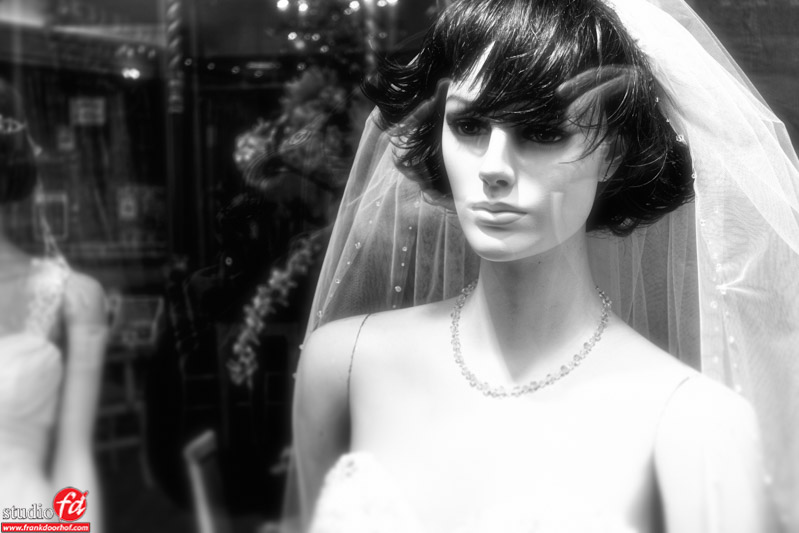 After the first day in the field with the Sony RX100 MK III I can not say I expected more, in fact I was afraid it would be much less.

But is it the perfect addition to my iPhone?

I’m a “perfectionist” when it comes to my photography, I would love to use the camera in the plane, during nights out, during traveling with busses, metros etc. but I’m afraid that during normally travel days I will be carrying my A7r with me anyway and to justify the costs in that situation (almost 800.00 euros) I think it’s a bit steep…. on the other hand thats ME, and not YOU.

If you don’t want to bring a DSLR or system camera with you but still want to be able to create some amazing shots this is THE camera, it’s very light and small, has a kick ass lens, image quality that will let you guess if you would ever want to bring your DSLR with kitlens again, and…. most of all it’s a very “stealth” camera. I think it would be very hard to find something that fits in your pocket with this quality. 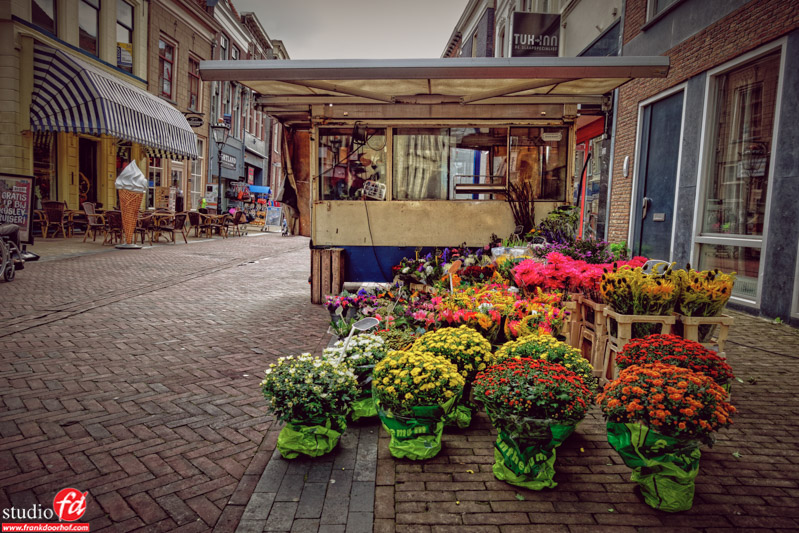 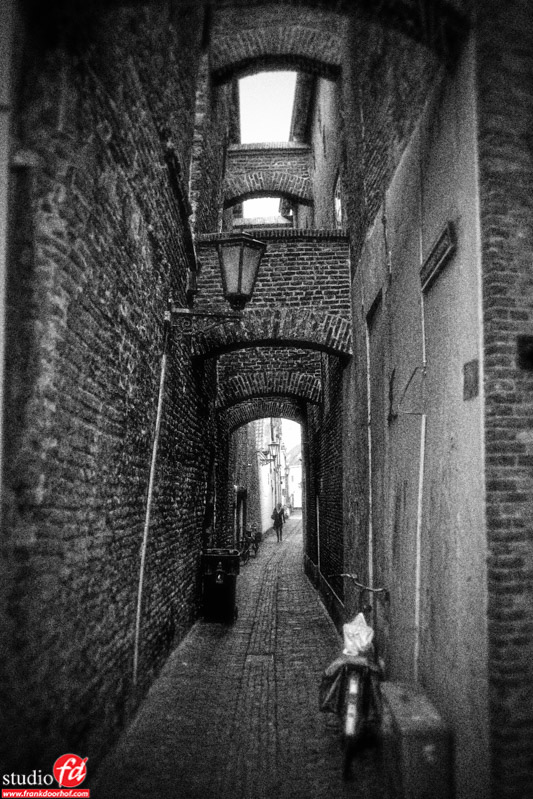