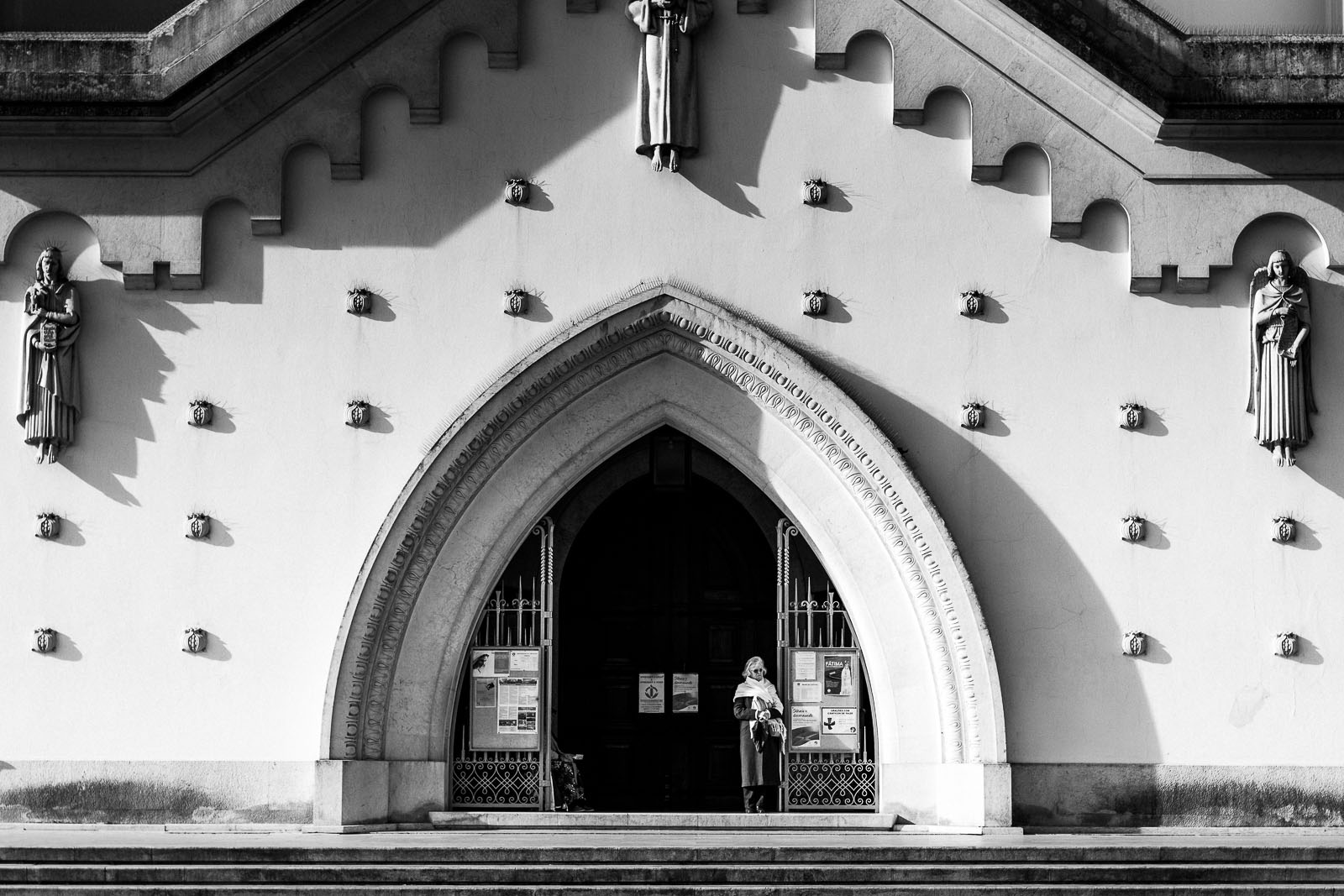 The people relationship always caught my interest, especially as a photographer of street portraits. I could tell you about the experiences I had with strangers for hours, being able to shutter the barrier and understand how perfectly, two unknown people can get in touch and share feelings together. 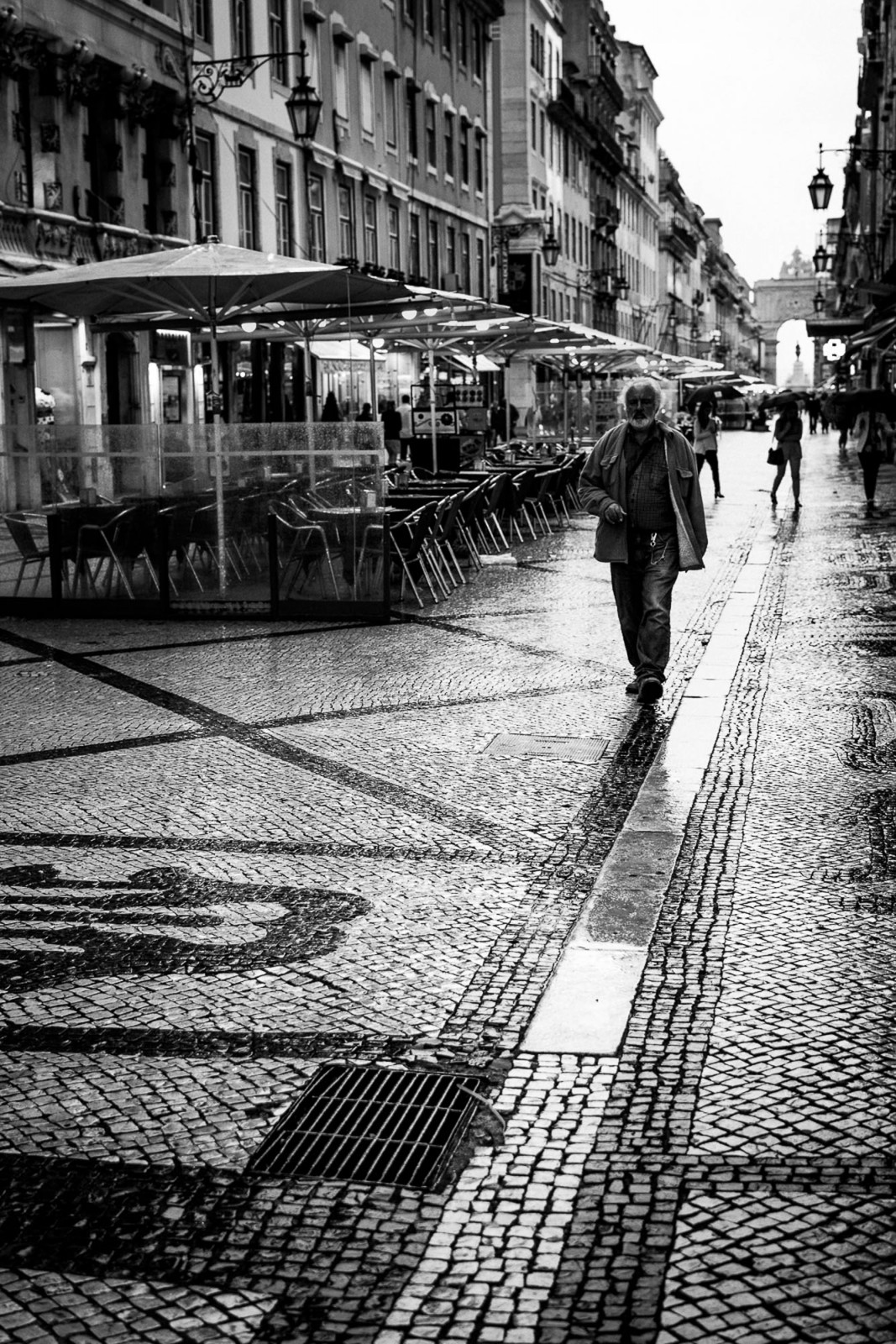 Sometimes a conversation flows into a larger and broader discussion that involves not only feelings but also family, friends, dear ones. It is something unexpected when a stranger opens himself up so much that I feel almost embarrassed but then, it is the moment to capture their emotion, nothing more real and true than a deep feeling coming up, independently of whether they are happy or sad feelings. You are able to see through their eyes what they feel and most of the time, I come away with a deep touching feeling too. Empathy? Maybe, yes. Freud, in one of his studies as well as technique, tried to make his patients re-live a psycho trauma to allow them to overcome the illness. It seems hard to believe, but such an effect can be seen in a portrait too. Often accidentally, the conversation turns into a serious one with great involvement of my subject, and myself as well. This helps me incredibly though, since the portraits that come out during these “sessions” are the most intimate ones. 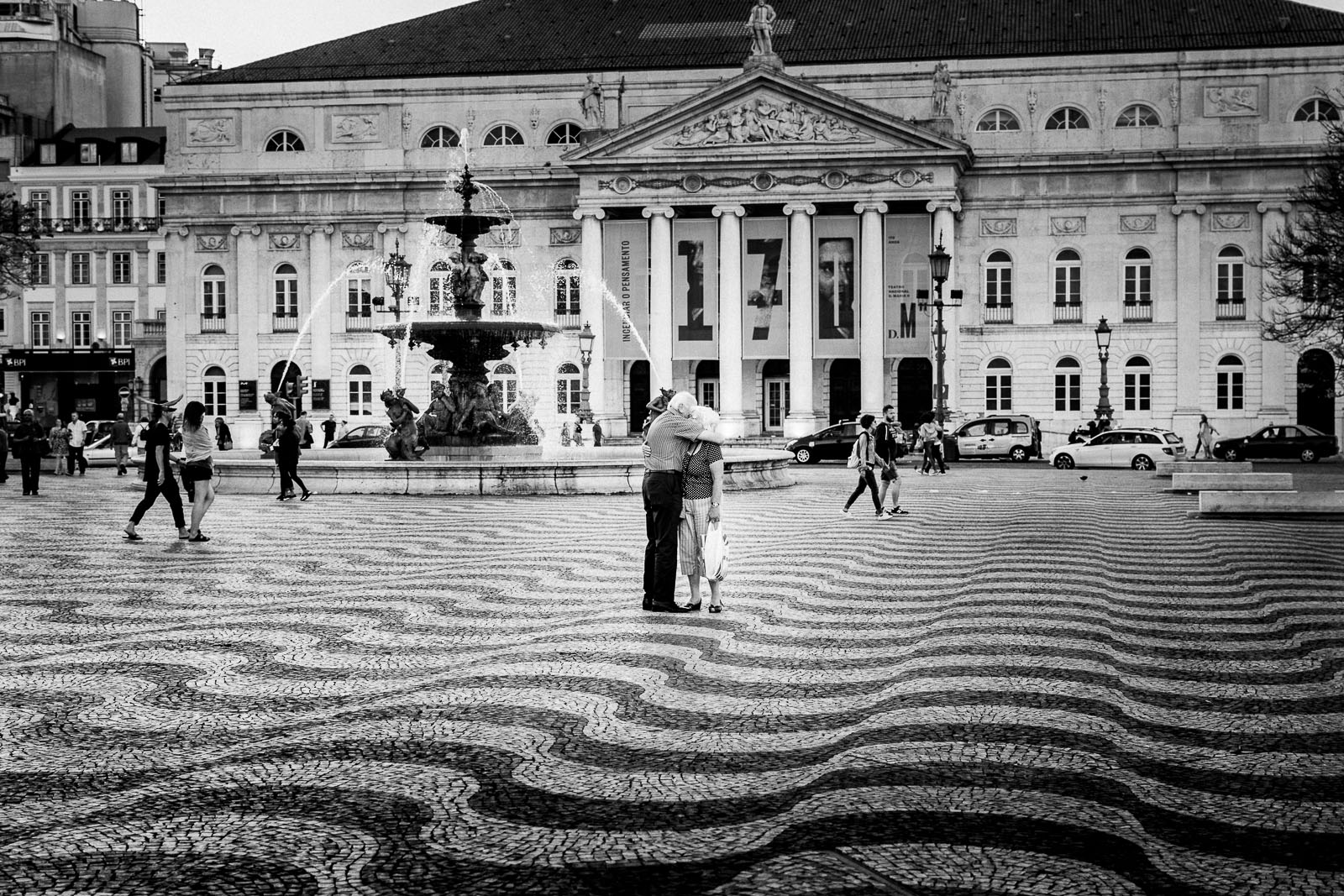 I spent lots of time walking through the towns of Portugal looking for the right subjects, the perfect moments to get “THE PICTURE”, then, I realized I had already collected a pretty singular string of pictures of lonely people who right away gave me the idea to represent a unique feature which characterizes Portugal. Yeah! It was there! That melancholic longing feeling on what Lisbon is famous for, “Saudade”. 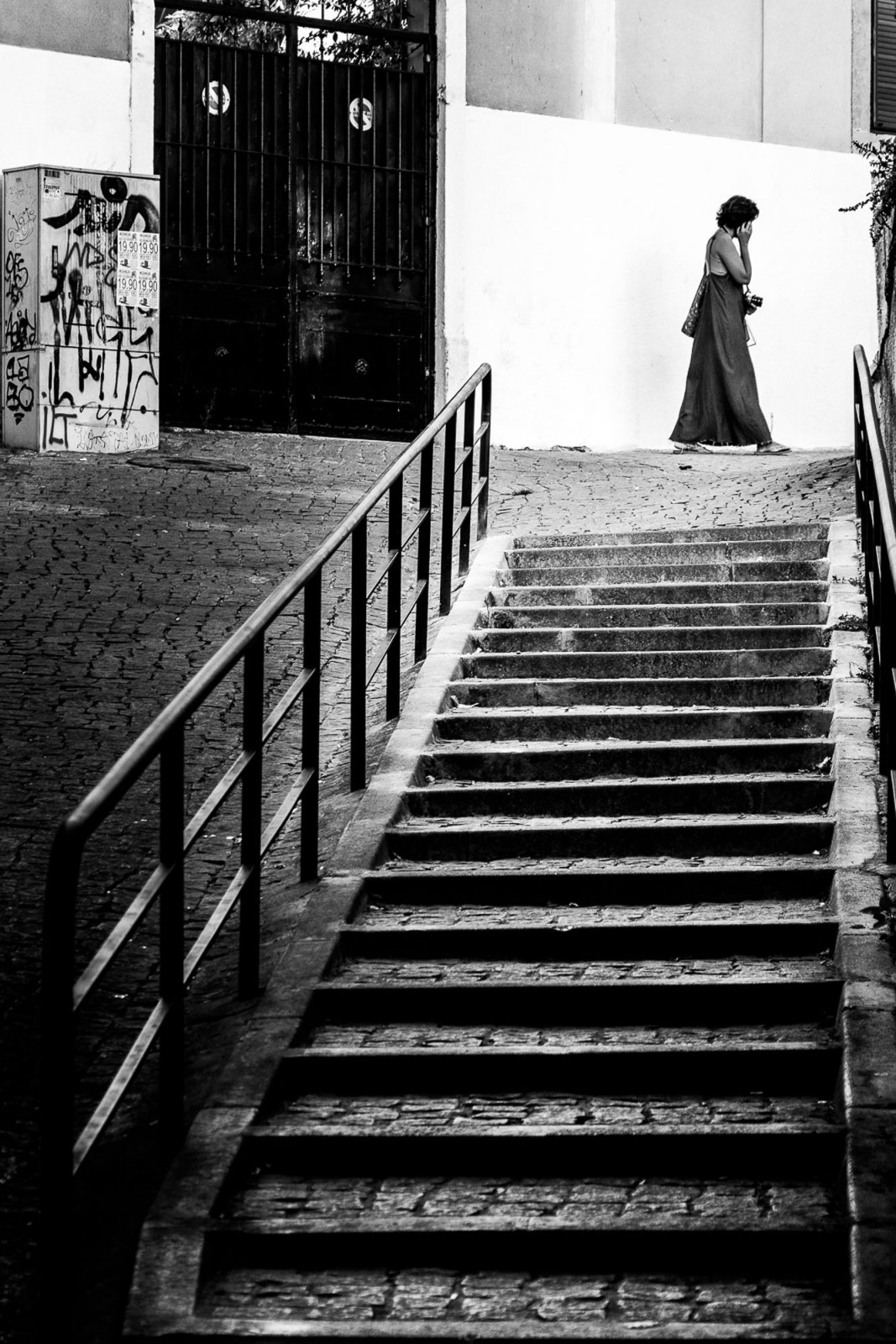 A small collection of frames depict the melancholy typical of the old times, which, even if hidden among the people is strongly perceived after a while walking through the alleys of Lisbon. It is not a coincidence the use of B&W in high contrast, being able to create a deep view for the observer, emphasizing the atmosphere, the drama and favouring the empathy feelings that puts you in their shoes. 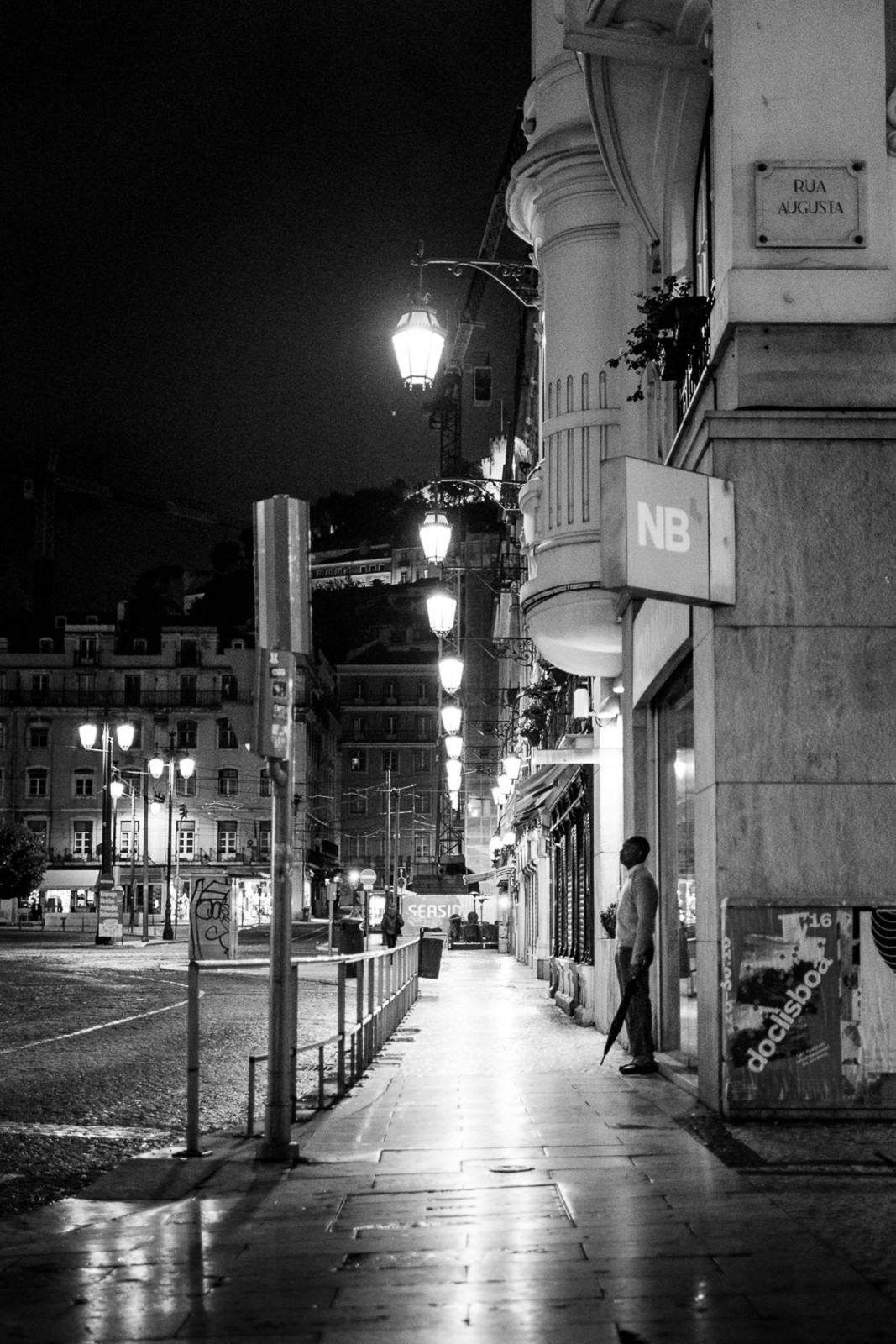 This “project” was not planned. The group of shots displayed caught my attention and I noticed they had something unique in common. This led me to think about the possibility to show a remarkable feature of Portugal with the theme of “Saudade”. Lonely people are a recurrent subject, so common that never has taken into consideration so… something pushed me even more and I said to myself, why not to challenge this rule and use these shots to tell the tales of this country, starting right from that melancholic feeling! 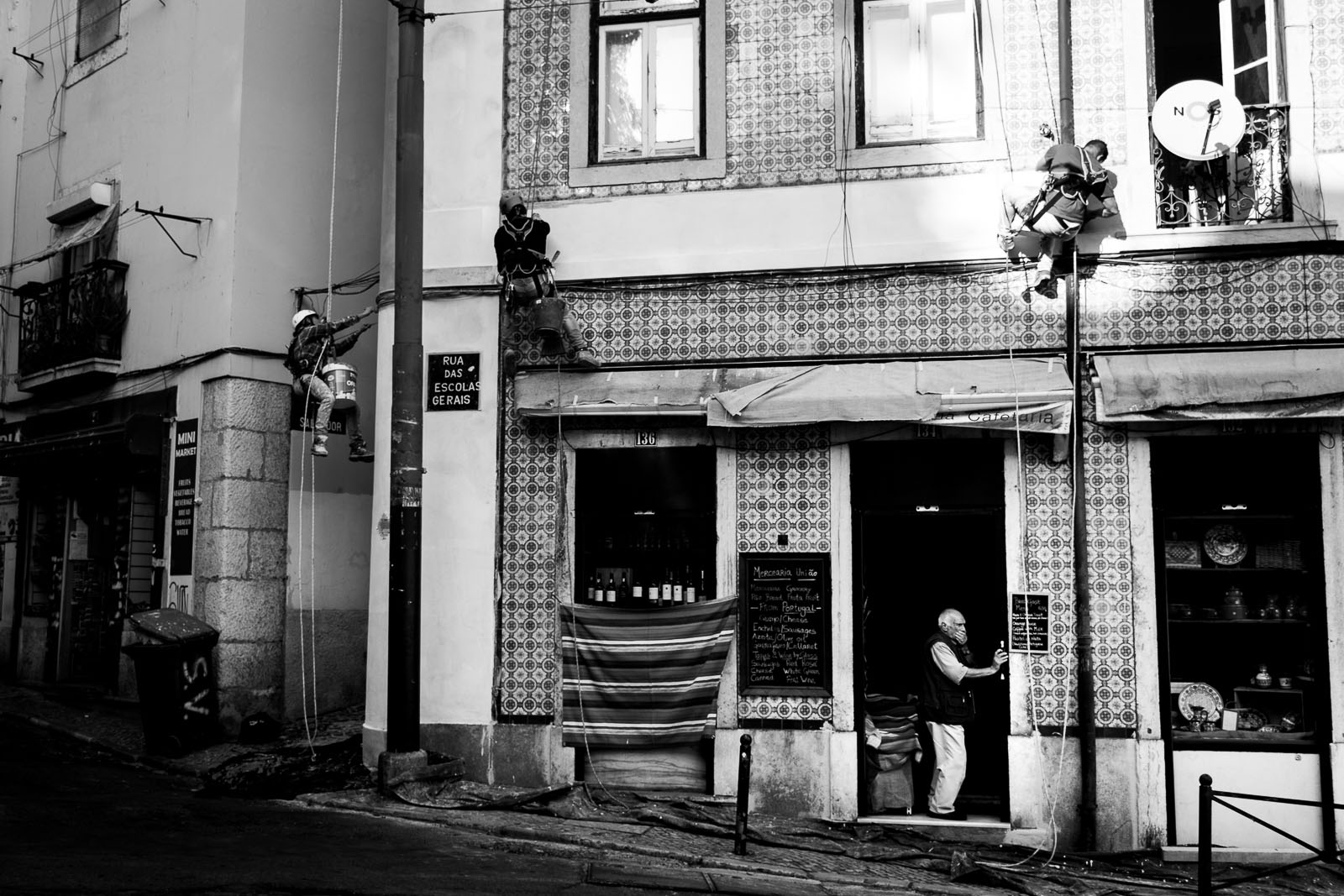 Saudade is a recurrent word in many of the poems, songs and other aspects of Portuguese life, especially in the past during 13th century when it had already come into use by poets. The origin seems to date back to the time of great Portuguese discoveries. It is linked with the feeling felt by people who saw the departure of their love ones to the sea, most likely to never meet them again because of their death in battle or total disappearance. Great discoveries left then a great lack inside and a constant feeling of absence, sadness, a persistent melancholic state that describe the Portuguese psyche and soon became a sort of way of life that has characterized the Portuguese folk. 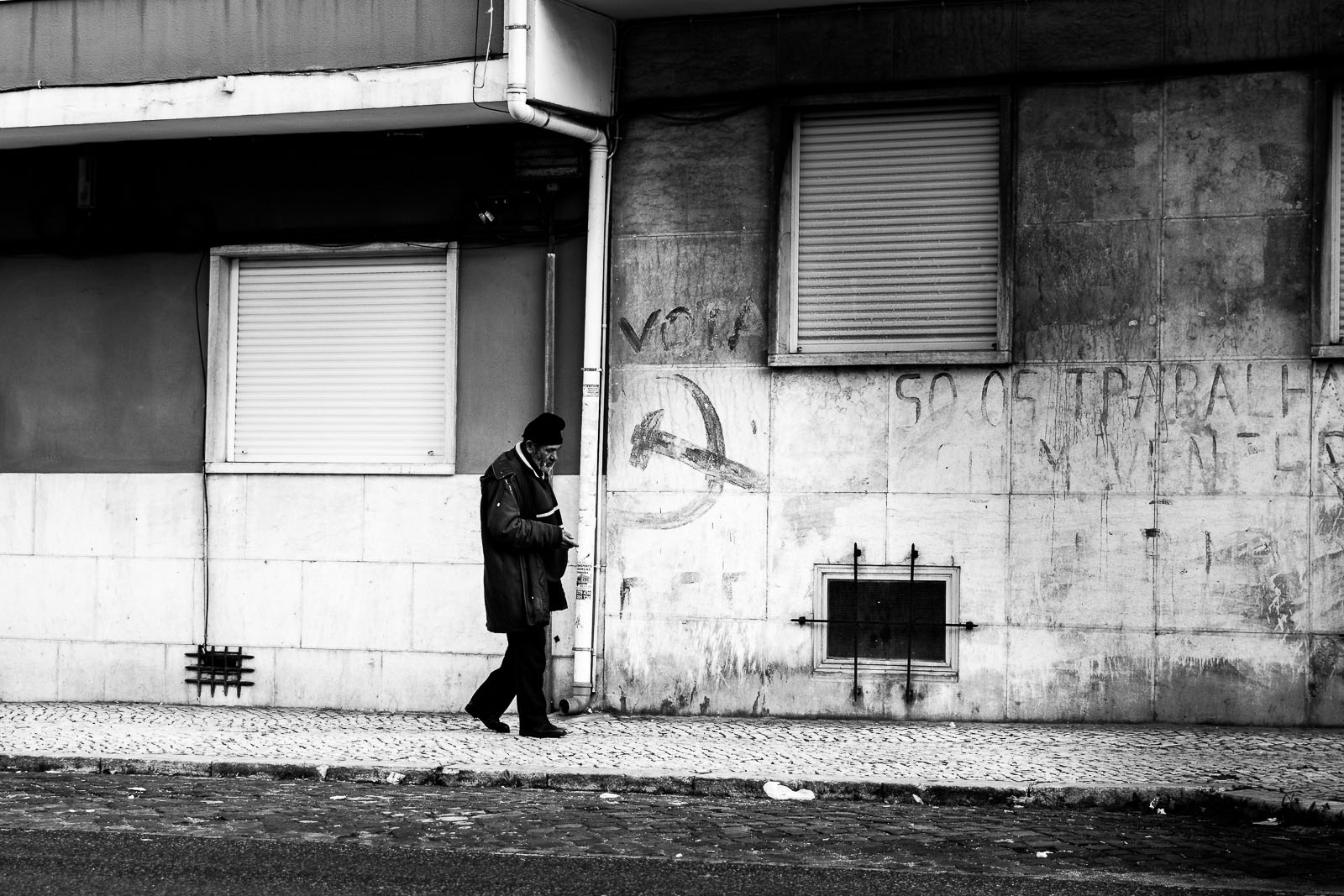 No words can be found to translate the significance of saudade into another language, though perhaps we could use the term “missingness”, which is the closest English word to indicate this mood. Defining saudade is not easy at all, it is a subconscious longing for something that can never be, a heartfelt melancholy for something long past, a hunting, subtle sadness. The lack of something very important, which will be always pursued but never reached. 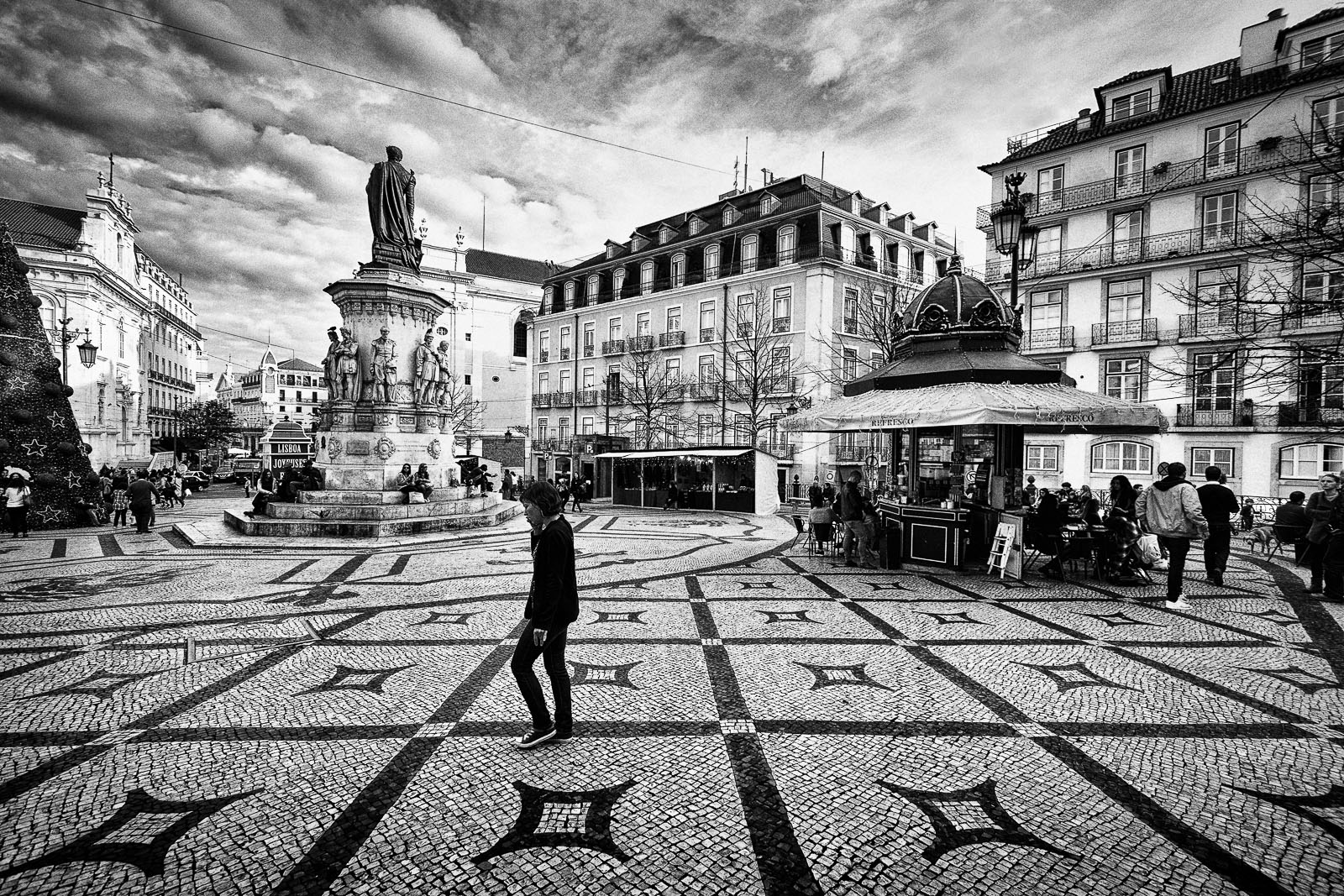 Thanks to the capability of photography, I intend to show this feeling that I perceived and which I hope come close to offering a comprehensive explanation of the state of suadade in accord with my point of view. 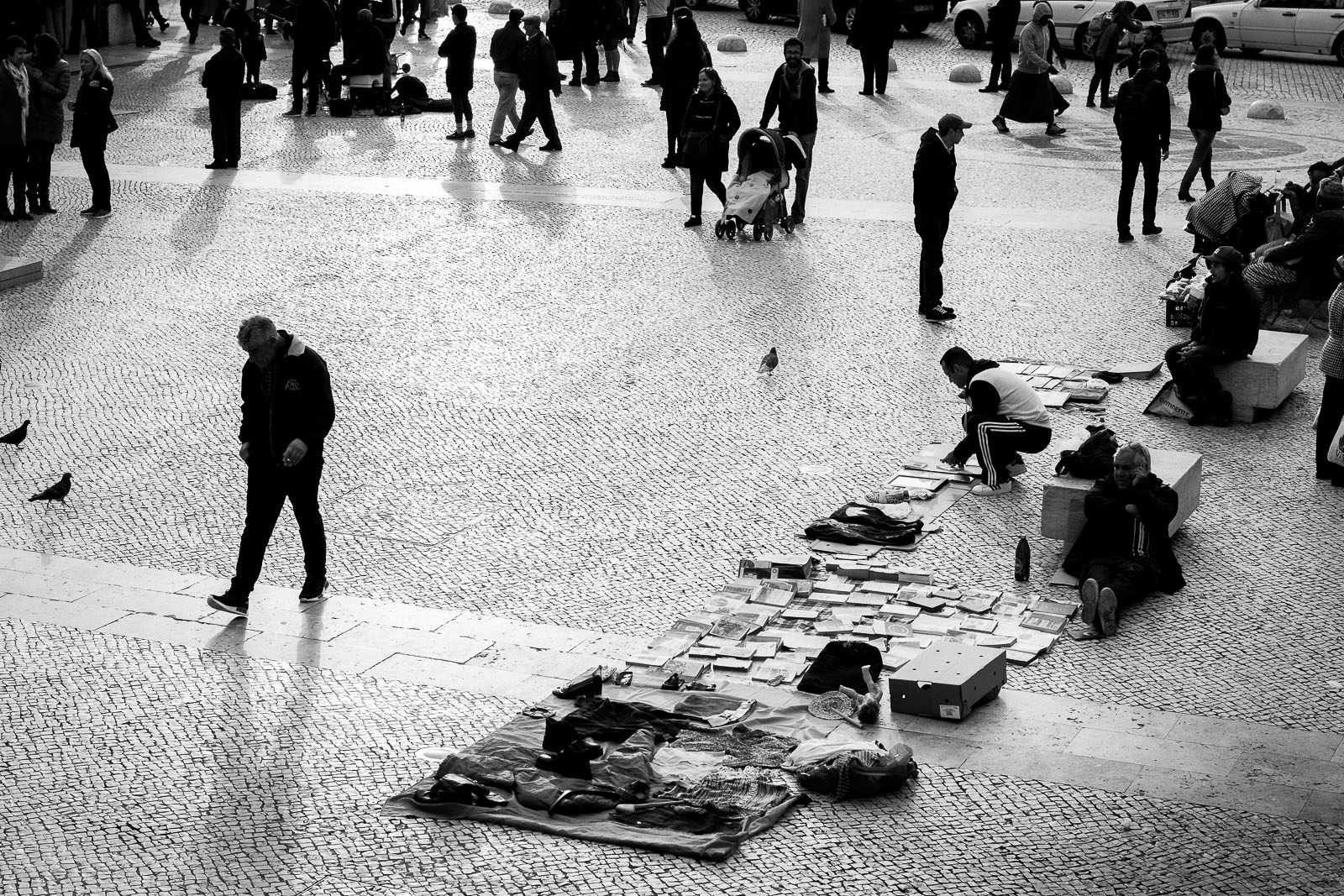 Photography is not only a way to show people part of the reality where they are absorbed but rather, it is a powerful tool to make our mind reason about what surrounds us. Often the environment where we live passes unobserved but I want to show what it means for me – this feeling of saudade. By seeing my shots I hope you get a hint of it, which might act as an embrace into this wonderful, mysterious way of life in Portuguese history. 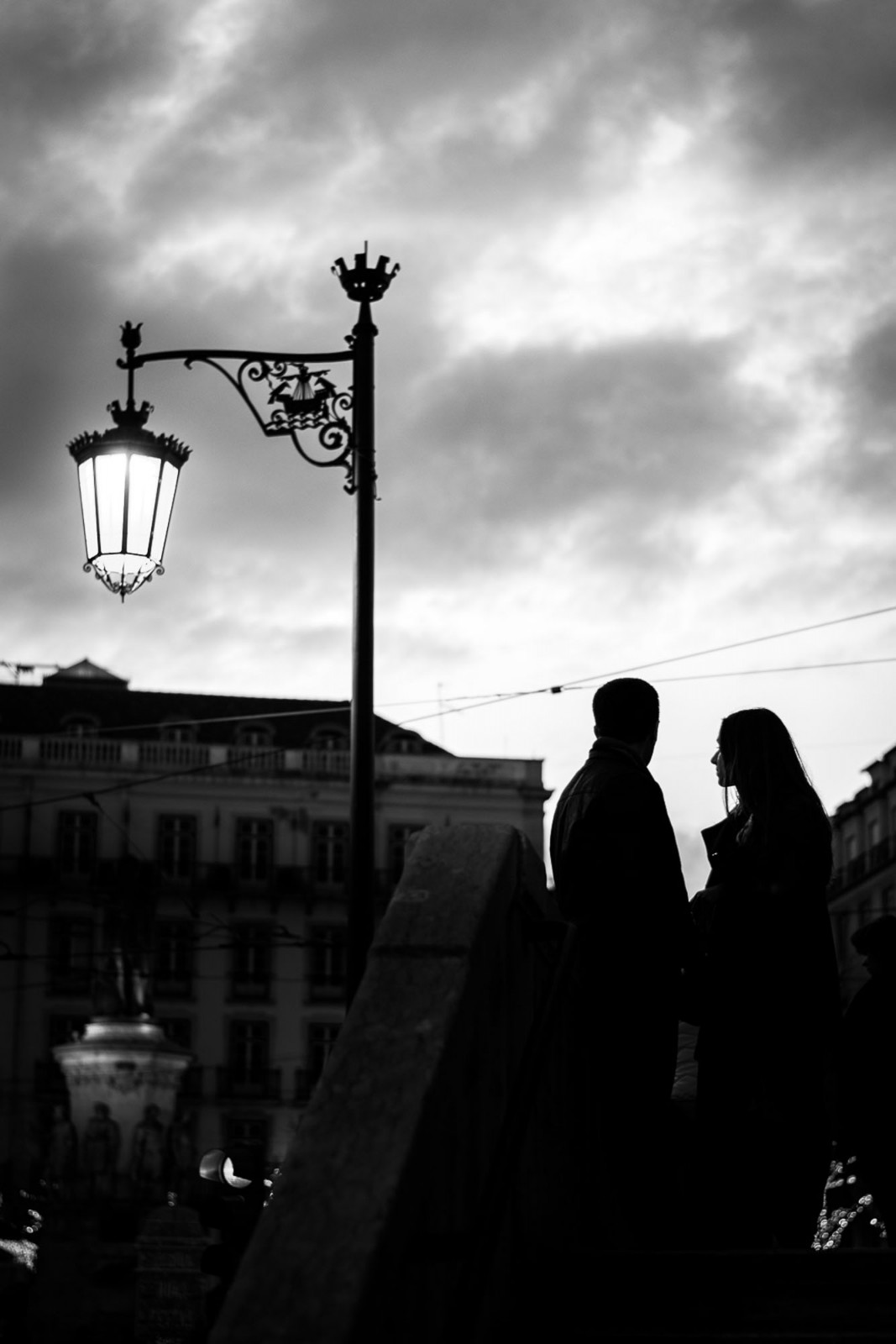