Photographing the Homeless: Art or Exploitation?

Street Shooters of May 2021 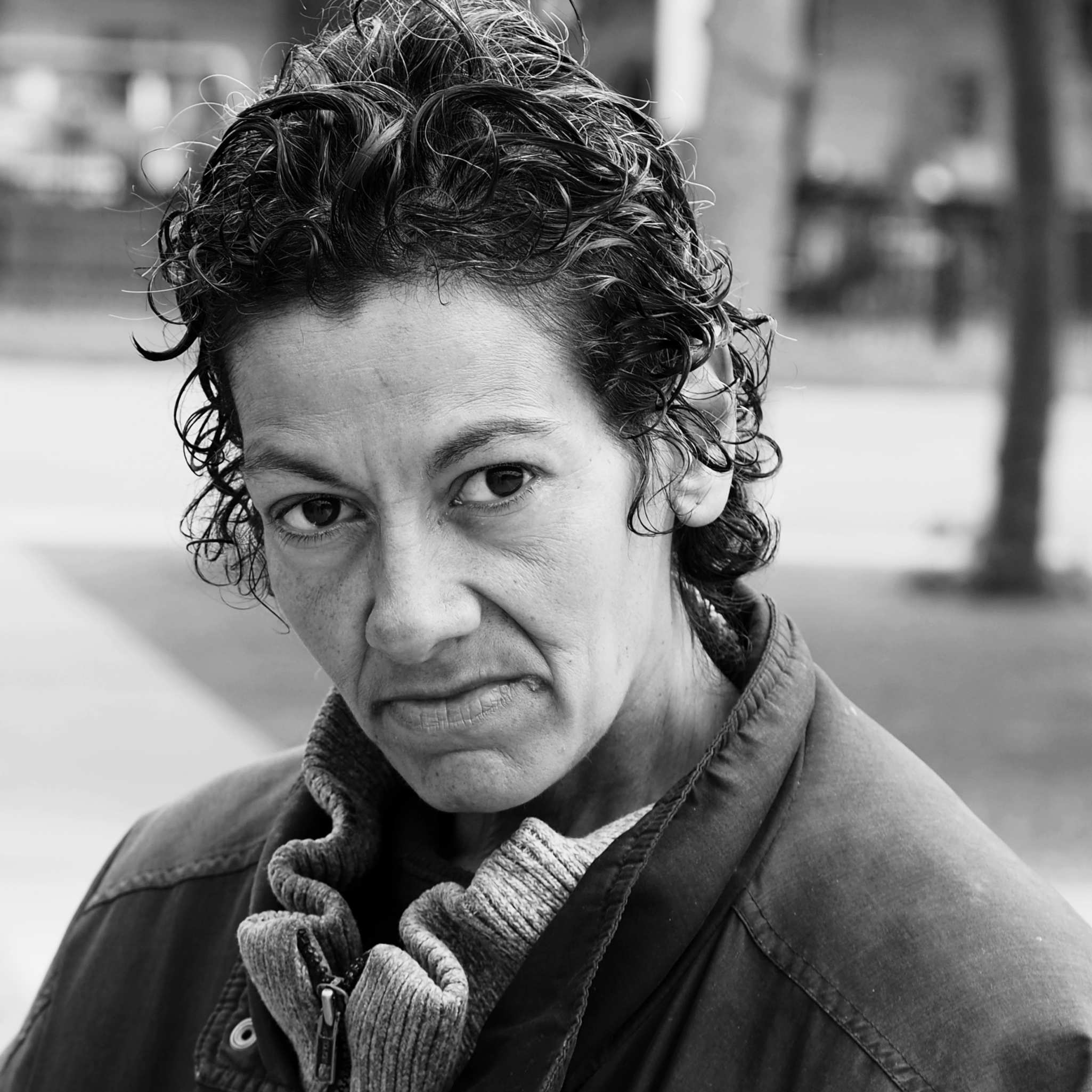 Can images of  homeless, mentally ill and drug addicted people legitimately be classified as “street photography”?

It depends on how you define street photography and homeless and legitimate. And it certainly depends on who you ask.

I struggled with this question early in my practice of the genre and still do. Street photography is a mixture of styles and interpretations as varied as the streets themselves.

Street photography has much in common with photo journalism, documentary photography and visual storytelling and these indeed often overlap each other.

The boundary lines are not cut and dried. My feelings have pretty much come down to believing that legitimate photo journalism and documentary are distinct from street photography as an art form. Gratuitous exploitation of other peoples misfortune and misery in the name of art shows both a lack of imagination and a disregard for others.

“I love the people I photograph. I mean, they’re my friends. I’ve never met most of them or I don’t know them at all, yet through the image, I live with them.” – Bruce Gilden

Since you are reading this in a magazine about street photography, I will assume that you recognize street photography: sometimes called candid photography conducted for art or inquiry that features unmediated chance encounters and random incidents within public places. And you appreciate that street photography can be art at least as practiced by the likes of Henri Cartier-Bresson, Gary Winogrand, Joel Meyerowitz, and Bruce Gilden.. Webster defines art as being “the expression or application of human creative skill and imagination, typically in a visual form such as painting or sculpture, producing works to be appreciated primarily for their beauty or emotional power”.

Homelessness is a huge problem worldwide, especially in our large cities. Homelessness has many facets. The problem is complex and maddeningly difficult to solve. New York City is home to 8.5 million people of which 75,000 are classified as homeless. My own city of San Francisco with a population of 850,000 has at least 8,000 unsheltered on any given night, about 5% of California’s 150,000, homeless population and the third highest per capita of any US city.

Two-thirds of San Franciscos homeless people suffer from various forms of mental illness and drug abuse. It’s not simply lack of affordable housing and unemployment.  As an amateur street photographer and not a trained social worker you are not helping the homeless, mentally ill and drug addicted population by shooting pictures of them. You’re not helping by posting their pictures on Facebook and you may be putting your self in danger as well. You’re not calling attention to the homeless problem. It doesn’t need to be called to anyone’s attention.

A word about the law: It’s established law that if you are out and about on the public streets, you have little or no expectation of privacy and are in essence “fair game.” Candid photography for fine art purposes remains controversial. Laws that protect people from defamation or harassment may conflict with so-called free speech. If your subject makes an effort to hide or asks you to stop you should do so. Nussenzweig v. DiCorcia, decided in New York, established that taking or publishing street photography without consent is legal, but the NY Court of Appeals upheld only on the basis of the statute of limitations and not the First Amendment issue. Few believe the issue is settled. The legal issue aside, why would you purposely subject someone to embarrassment and ridicule unnecessarily?

The reason you can post all those images on the internet is almost entirely because of Section 230 of the Communications Act of 1934 or Title V of the Telecommunications Act of 1996. The law essentially provides website providers immunity from third-party content. Generally believed to be the basis for the internet as we know it today, it’s not a given that those protections will remain in place. Giants such as Facebook and Google are under scrutiny from lawmakers for antitrust violations and other misuses of power. No more Section 230, no more upload free-for-all.

There is one thing the photo must contain – the humanity of the moment.” – Robert Frank

Next to street performers and puppies, the homeless are the “low hanging fruit”: the obvious and easy things that can be most readily done in street photography. To put it another way, drive by shots of people passed out on the sidewalk, begging, injecting drugs, camped out in cardboard boxes and generally acting crazy are easy to find and don’t require an ounce of skill or creativity. Take the time to see and capture that decisive moment. Study the principles of lighting, composition, aesthetics. Learn the techniques of photography, aperture, exposure, depth of field, focal length and so on. Study the masters on the genre; develop your own style. You want to get better? Put in the hard work. Avoid the quick fix, the sugar high. Quit being a voyeur and be an observer.

“If I have any ‘message’ worth giving to a beginner it is that there are no shortcuts in photography.” – Edward Weston

For those of you who would say it’s not exploitation, or the act of taking advantage of someone or a group of people in order to profit from them or otherwise benefit if I don’t get paid, I would argue that you are in fact getting paid every time you get a “like” or a new “follower”. Instagram and Facebook are not forums for constructive criticism. Just see what happens when you post anything resembling criticism. The street photography groups are even worse. The internet is a place to get strokes and emotional validation. If you want a serious portfolio review by knowledgeable practitioners of the photographic arts you’re not going to get it on the internet.

If you are interested in helping the homeless and drug addicted, volunteer your time, write a check, lobby the government officials in your community. These people are not on the streets for your amusement. They are real people with real problems not a vehicle for your next social media fix. I truly believe that it’s up to each of us to treat our fellow human beings with dignity and respect. The next time you’re tempted to take that shot of someone passed out on the sidewalk or the young person begging for a meal, think how you would feel if that were you or your family member appearing on someone’s Facebook post.

Show some compassion and respect for your fellow human beings and practice your art in an honest and respectful manner.

“If the photographer is interested in the people in front of his lens, and if he is compassionate, it’s already a lot. The instrument is not the camera but the photographer.” – Eve Arnold