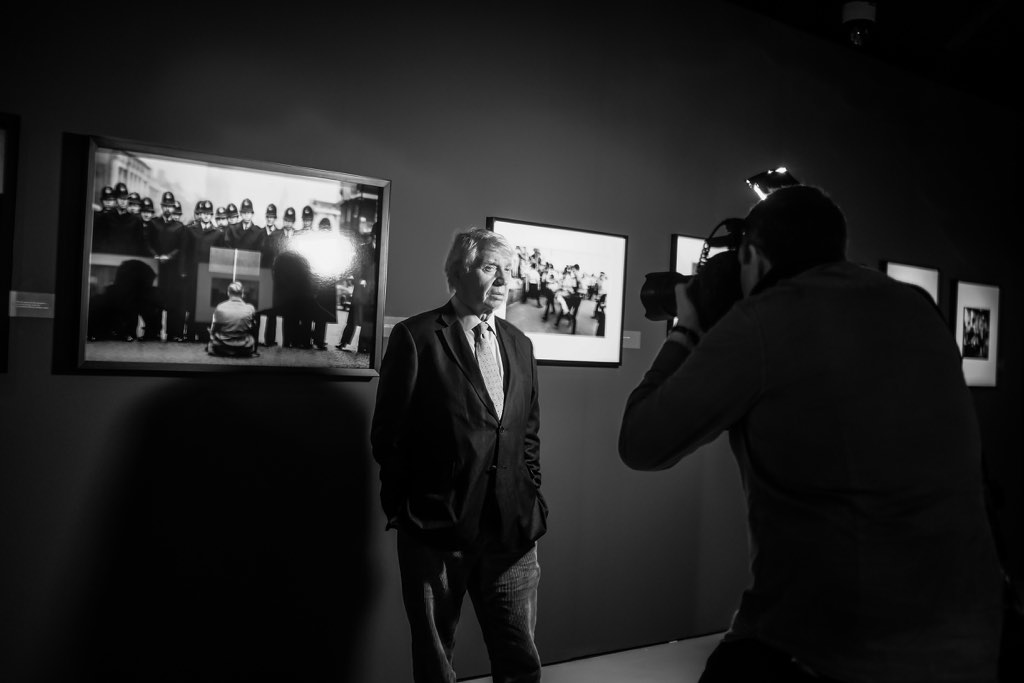 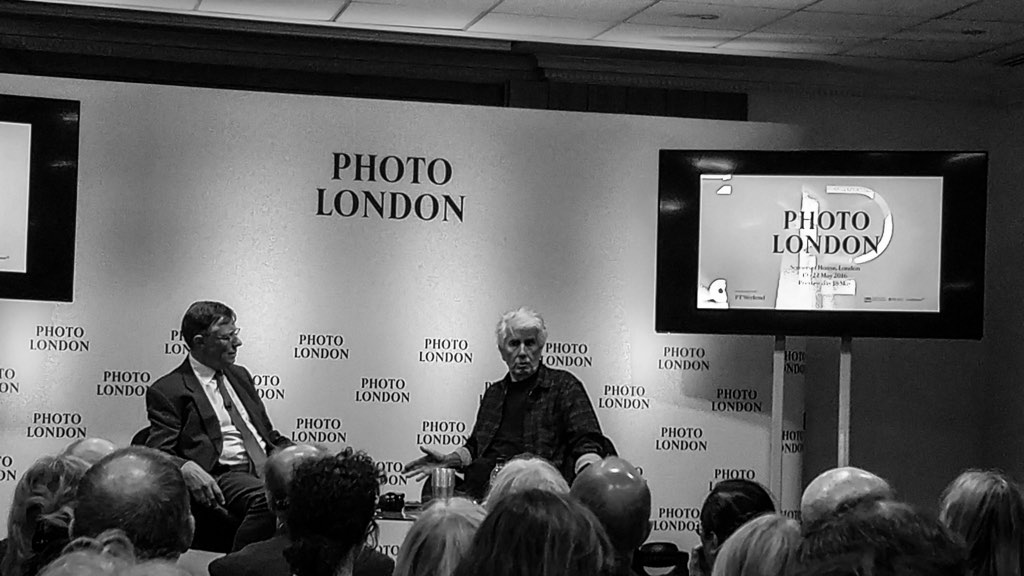 The musician, photography collector and accomplished street and portrait photographer himself, Nash judged and selected his top 15 images and spoke about his career and love of photography during a candid May 19 conversation with curator Graham Howell. See Nash’s top 15 image picks from Photo London HERE. 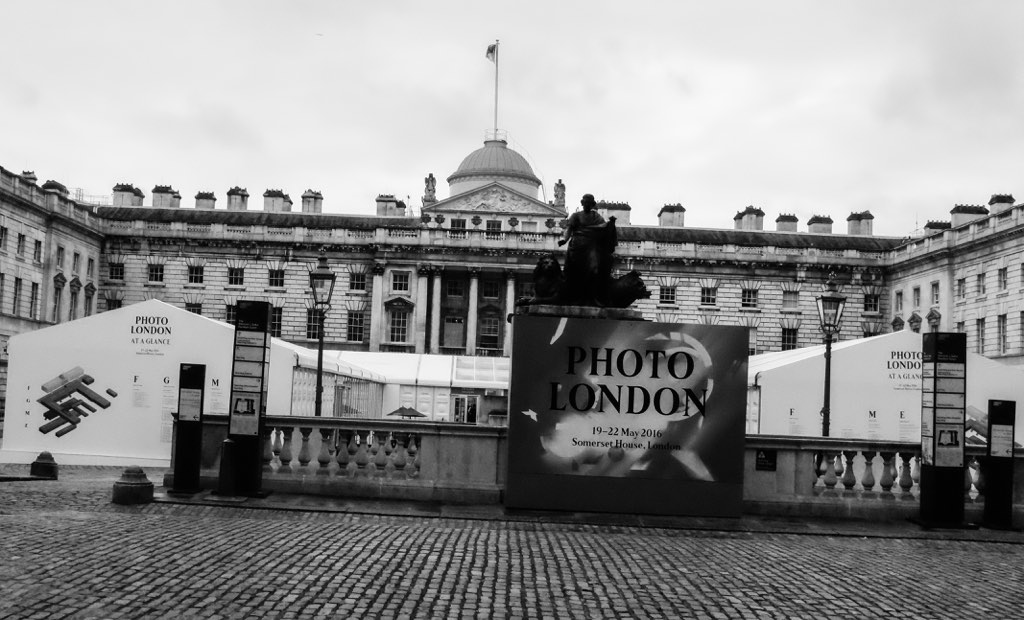 Nash’s unique perspective as a celebrity and musical and visual artist, as well as his down-to-earth and activist views on what makes art of any medium important, soul-stirring and world-changing was a highlight of the public talks at Photo London. 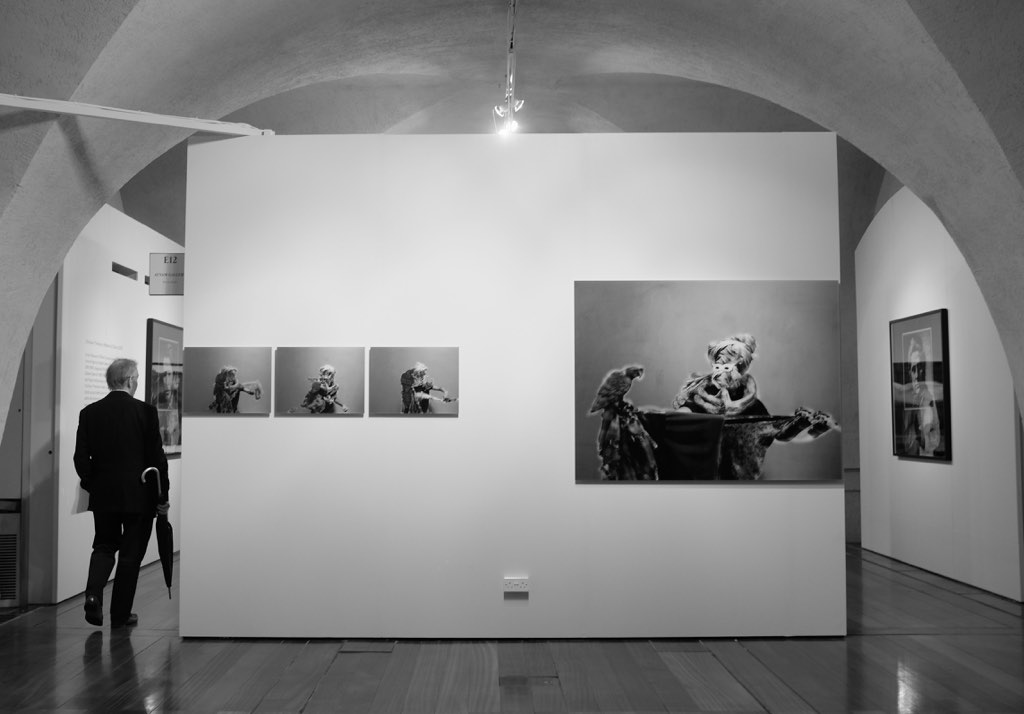 The second annual event drew more than 80 galleries and publishers from around the world, with hundreds of photographers represented in numerous galleries at London’s sprawling Somerset House in the heart of the city. 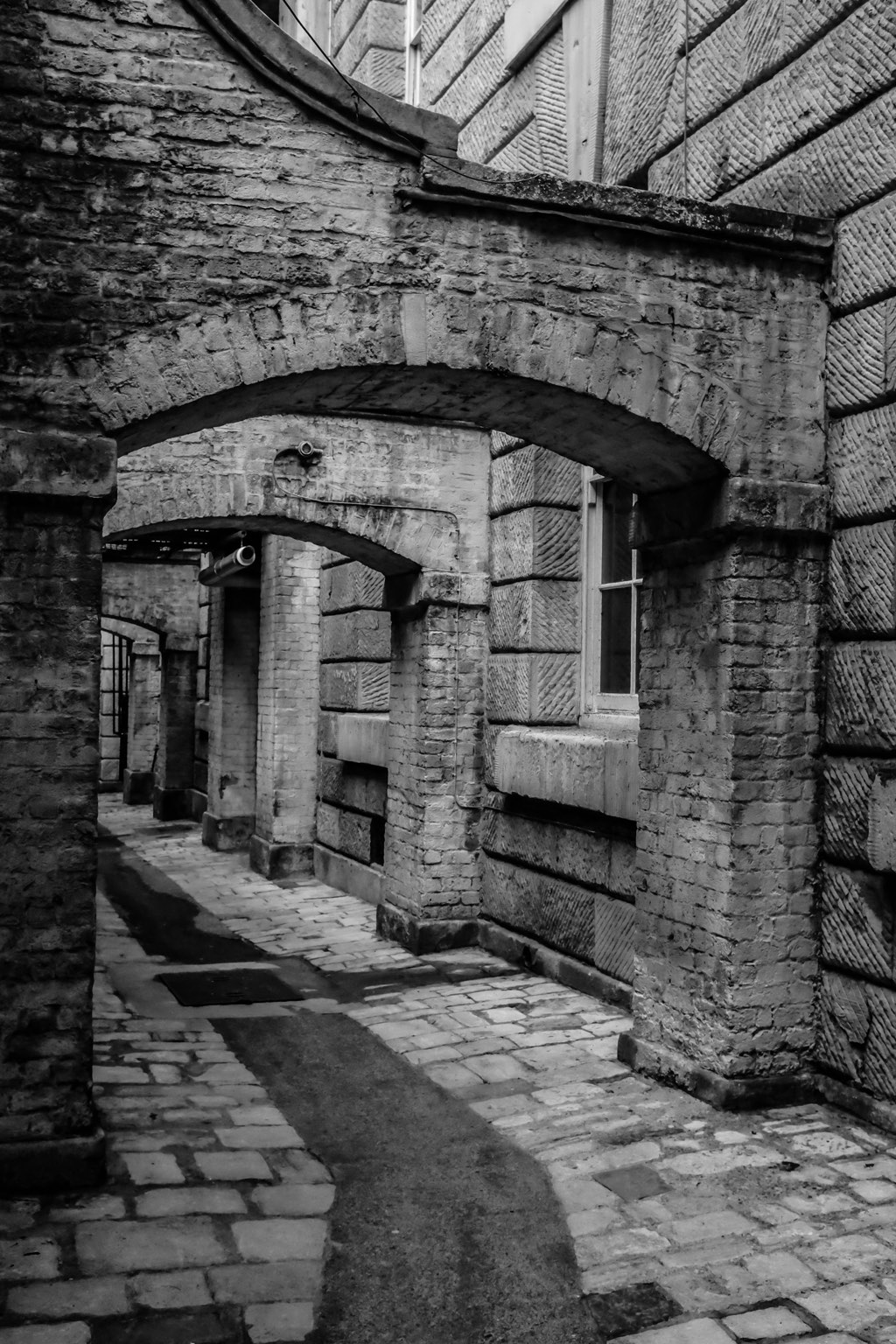 Corridor to the Deadhouse in Somerset

Street photography was well-represented by featured and gallery- represented artists such as Nash, 2016 Photo London master photographer Don McCullin, and Londoner Matt Stuart, among others. 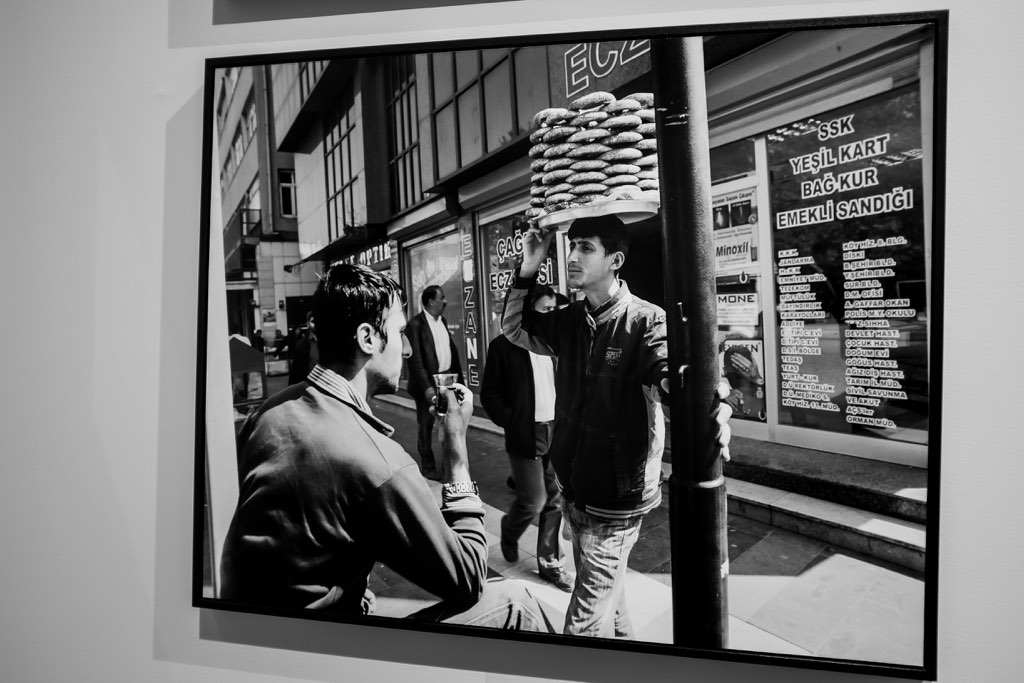 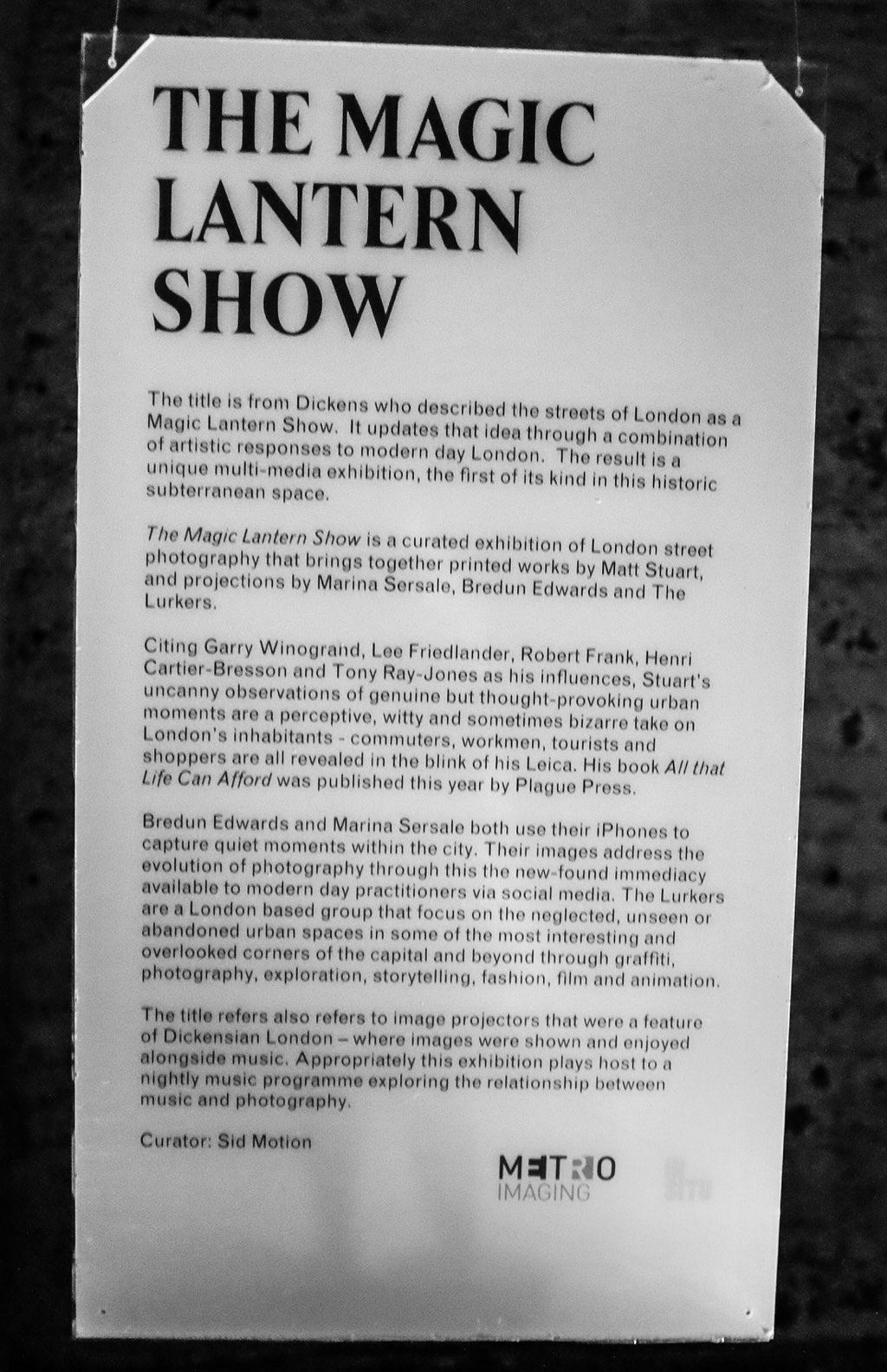 Nash began collecting photographs in 1969, the same year as Woodstock and the same year as his band’s breakout album. His first photograph was Child with a toy hand grenade in Central Park, N.Y.C. (1962) by Diane Arbus. Years on he would meet that boy, but more about that later.

“I’m not interested in kittens with balls of wool,” he said of his passion for collecting and making photography that affects change, whether internal or external, and says something powerful about the human condition.

“I wanted surreal images….I want to be as close to the flame as possible.” 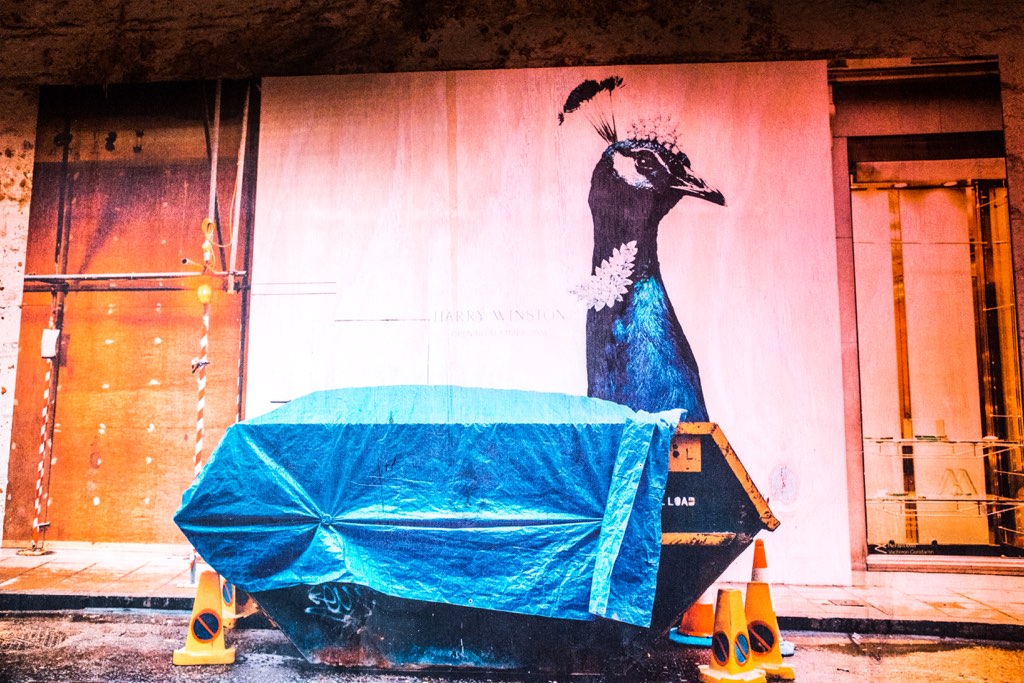 Image by Matt Stuart in the Magic Lantern Show

When he purchased an image by Arthur Fellig, alias Weegee, of two women in extreme distress and grief as their family died in a New York City tenement fire, it was the worn and torn image, not the pristine version that he wanted. Weegee had written “I cried when I took this photo” at the bottom edge. The gallery wanted to sell him the nicer version and he refused.

“Why would I want the pristine image?” he said. “This one had Weegee’s tears on it.”

Nash said his interest in imagery and collecting and making photographs began with an encounter with Eric Burdon of the Animals. It was 1968, the same year he would leave England, meet David Crosby and Steven Stills in Los Angeles and write the song Chicago about the riots preceding that year’s U.S. National Democratic Convention.

“We were high on acid and Eric said, ‘have you heard of Escher?’” Burdon pulled a book of Escher prints out of his pack, according to Nash, and that was it. He was bitten, fascinated and smitten by art and imagery.

That summer, he left England to visit his friend Joni Mitchell in Los Angeles. Upon arriving at her home, he said he was disappointed to find that David Crosby and Steven Stills were at her house. “I went there to spend time with Joni…..but we smoked a huge joint and started singing.”

That’s when the magic happened.

“Even though the harmonies of Springfield and the Birds were good harmonies, we had never heard anything like the blend we created in that first minute. Whatever sound we have was born in less than a minute. It wasn’t like we had to rehearse for months to get this blend. It just happened. It was unbelievable,” Nash said during the exhibition talk with Howell.

“Unfortunately, I realized at that moment I would have to leave my country. I was in the process of divorcing my first wife. I left all my equipment. I even left all my money because there was like this dual taxation thing going on between the United States and the UK. And I just went to America with my guitar. Gave it all up. Left. Moved to an incredibly different country and a different kind of music. My heart told that’s what I should do. And I have followed my heart ever since my mother and father taught me that I should follow my heart and that’s why I showed up in California.”

Now, back to that boy with the hand grenade in Central Park. In 1990, when Nash sold his entire photo collection of more than 3,000 images made by many of the world’s top photographers (he now collects only daguerreotypes and has more than 2,200 of them) that very “boy” showed up at the auction.

“He looked just the same,” Nash said, “except he was now six-feet-tall.”

Nash asked him how the photo came to be. It turns out the boy had angered his mother earlier in the day and she told him he could only take one toy to the park, not his entire army of plastic soldiers as usual. He chose the hand grenade. While there, a mysterious woman walked up and asked to take his photo. That woman was Diane Arbus.

When Nash began making his own photographs, he said “the darkroom came first,” recalling the powerful sense of “creative freedom and liberated expression.”

That freedom can also bring deep internal peace, he added.

“Look at what we were facing as human beings, he said of the tumultuous 1960s and 70s. It was a crazy time….now with climate change and terrorism and Donald Trump, it’s still a crazy time. But you can find peace in all of it, it’s undeniable.”

In 2004 Nash published “Eye to Eye,” a collection of his own photographs shot between 1969 and 2003 featuring street photographs, portraits, self-portraits, life on the road and landscapes.

As the Somerset House talk came to a close and I wasn’t chosen for the final question, I dashed up the old stone staircase to the courtyard where Nash was surrounded by fans with pens out for autographs. I made my way to him just as he was wrapping up.

“You’ve said that there really isn’t any difference between photography and music – that’s it’s all just energy,” I said. “Do you see the music?”

“Absolutely,” Nash answered. “Yes, I do. And I can also hear the photographs.”

Before I could ask him what a photograph sounds like, he was gone. 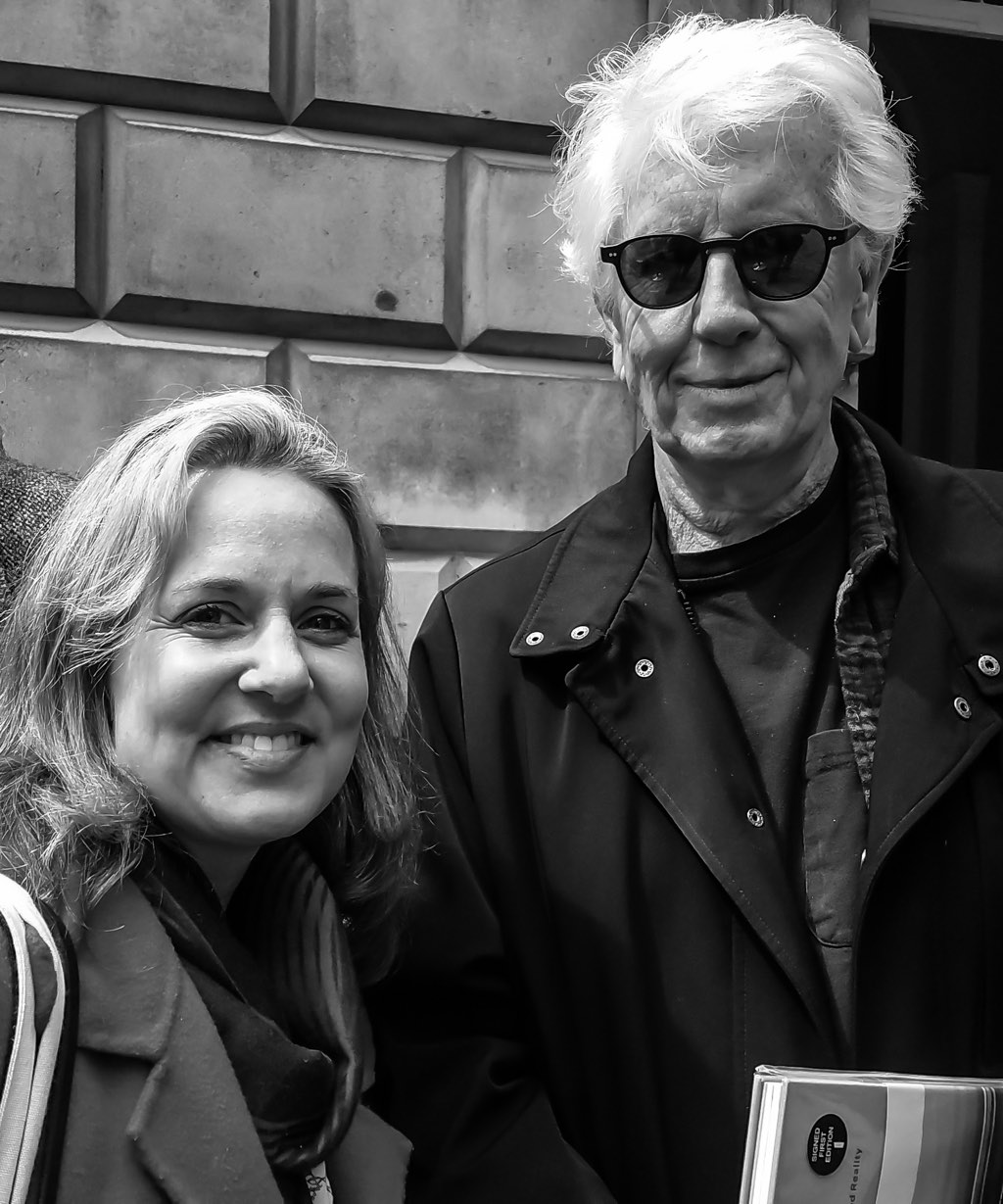 British photographer Don McCullin doesn’t take artistic acclaim without also acknowledging deep pain from the horrors he’s seen, not only photographing war but documenting the suffering of London’s unemployed and homeless as well. He disdains the term “war photographer” yet these are the images for which he is most known.

Like Graham Nash, he has found solace in the peace of the darkroom. It’s in the darkroom, he said, that he works the hardest. “I push myself and it’s very exhausting.”
These days, he makes moody landscapes and is uncomfortable accepting accolades for his journalistic career.

“It gave me a life,” he said of his years photographing war zones and human disasters around the world. He has said that we must bear witness, but conflict has left him conflicted. “I don’t think my pictures have helped to change anything.”

McCullin said he is uncomfortable with the laurels of recognition. “I don’t feel pleased about myself…Imagery can be useful, but it can also be so negative.”

Still, he said he believes in photography as an important means of communication.

“People are meant to make up their own minds when they look at my work or anyone else’s work, McCullin said in a brief interview in the gallery at Photo London where a selection of his work was exhibited.

“I ramble a lot about myself and my work because it’s passion I’m driven by. Photography doesn’t come cheap. And it’s not easy.”