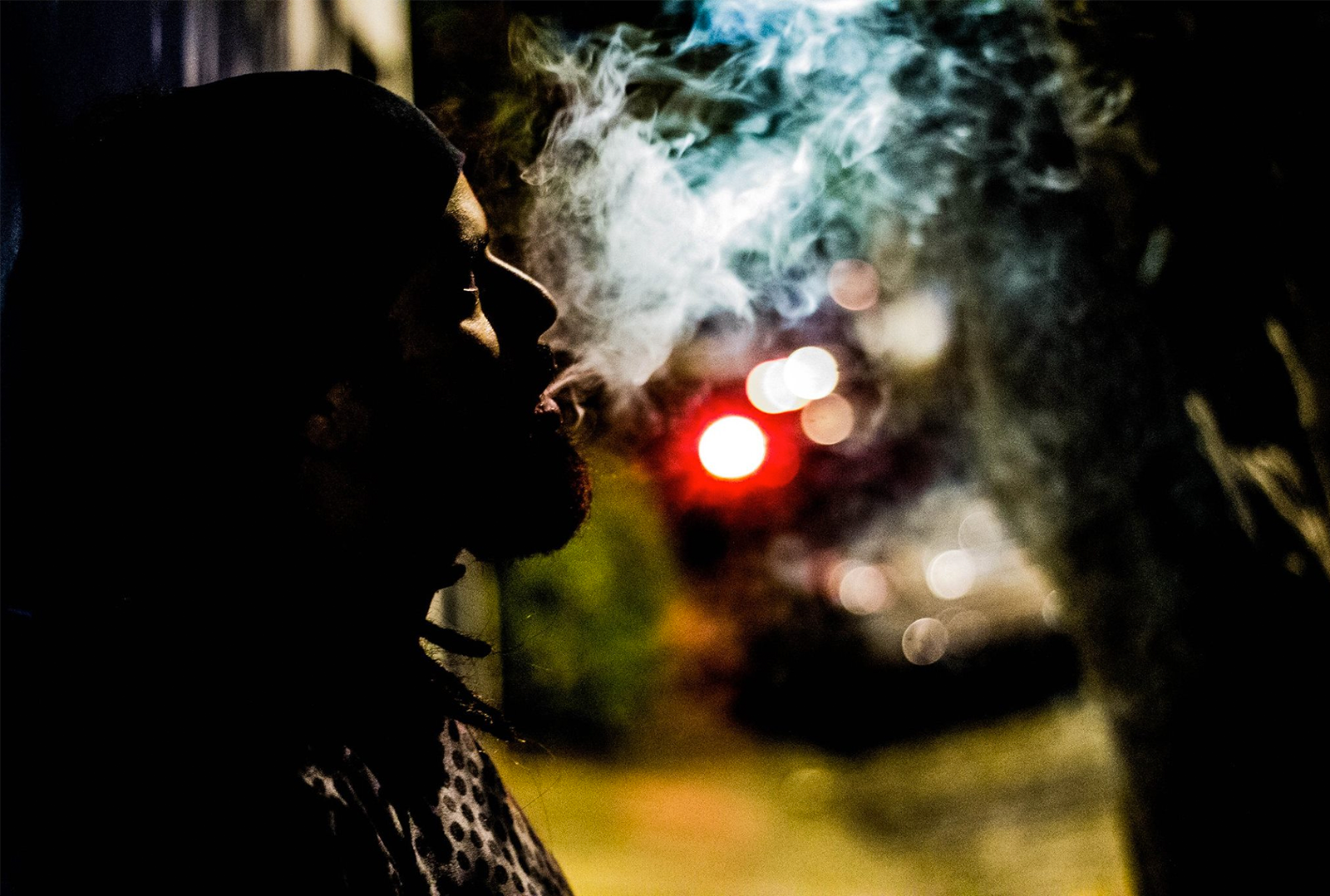 “Paraísos artificiais” (Artificial paradises) is a series that originated from my own experiences in the nightlife of São Paulo. The act of walking and observing the streets, their characters, the ways so full and empty at the same time, the lights and expressions of people, and how all this reflects on myself.

The name is inspired by a song by rapper Matéria Prima, which talks about drugs, streets, night and their experiences. The other inspiration was a Brazilian film also called “Artificial Paradises”, which tells the stories of an electronic music DJ, with an approach to drugs, rave parties, and who has a photograph very similar to my style. And finally, another film that indirectly helped me to understand both the photography I do and the social issue of this project: director Wong Kar-Wai’s CHungking Express. Both the aesthetics and the concept are very similar to what I proposed with these photos, and the 1994 film, 24 years later, hit me full with the cinematographic message, which contributed a lot to my creative process. 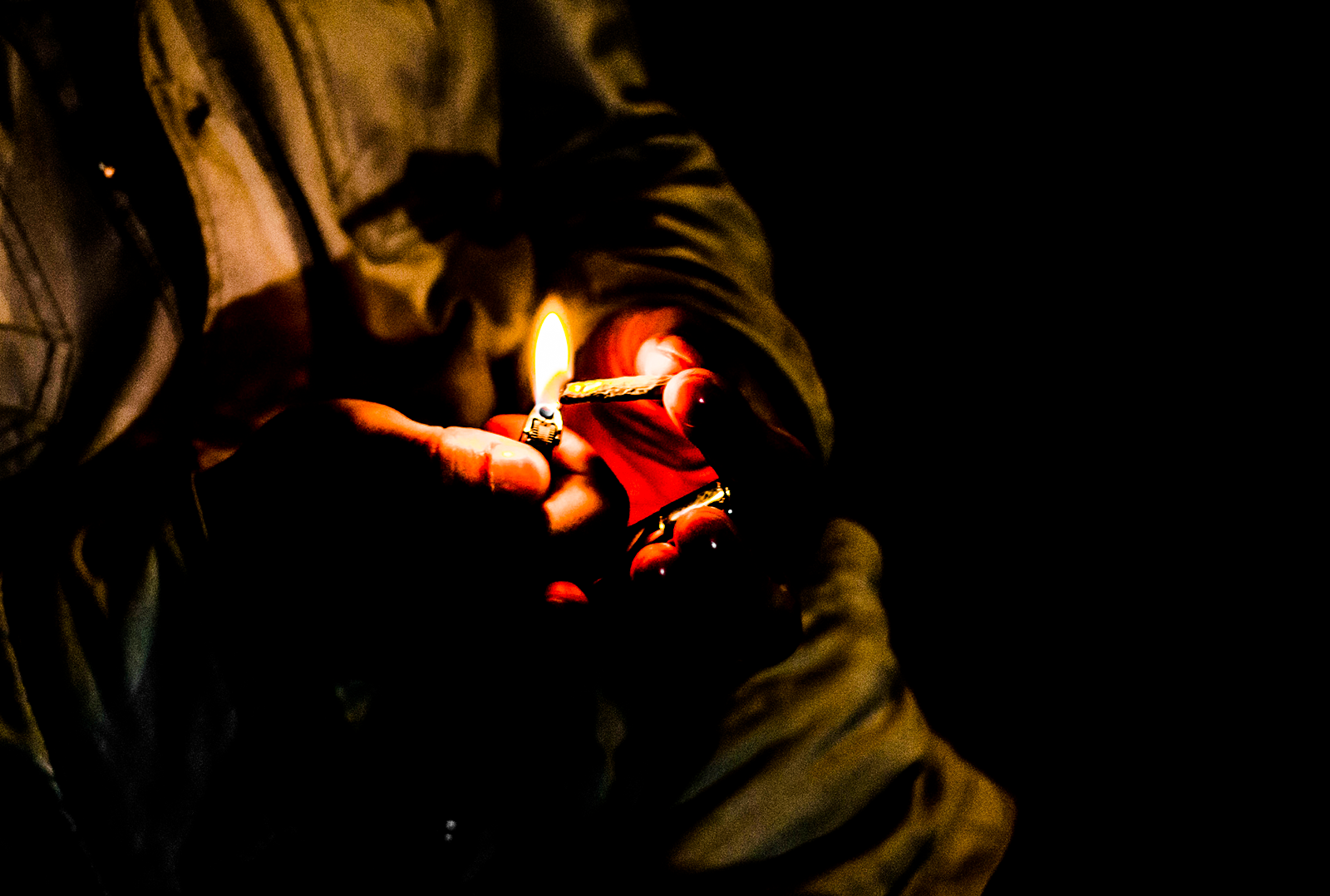 It was then that I began to notice similarities between my photographic work and these references. I started planning how to break my photos into this project, and that’s where I put it all together with the places I usually go to, and then the series was born.

Another great motivation with these photographs is to show a part of me, the world I live in, and the duality that is the nightlife I see, the presence of joy and sadness almost in parallel ways, as well as a less morbid side of this experience.

Therefore, the concept of the series is to portray the city’s nightlife, the bars, the parties, the people who lead these moments, directly and indirectly. Alcohol, cigarettes, drugs, melancholy and the joy of living in a busy city like São Paulo, elements that make me want to record the lives of these people, which becomes a reflection of my own life. This series is an extension of what I live in this city, the places I go to and the things that inspire me. The lights of the night have always been a great attraction to me, and photography provides this visual record experience.

Although I’ve been recording the streets of my city for two years, this series has been challenging because I wanted people to be in the photos, and I always had difficulties capturing unknown people on the streets, with or without permission, a situation that generates a mixture of anxiety and shyness. I managed to dribble through a few times and in others the subject were my friends and people that I got to know in some places that I went to photograph. Regarding techniques, I did not have any major problems, I’ve been studying night photography for a long time. A good thing was to have the possibility of giving a more human face to my photographs, using the backlight, pushing power limits with high ISO, and also learning to use the lights of the facades, bars, shops and all other neon signs in my favor. This has led me to another level of awareness of the city and how I can create photographs with as little as possible.

Most of the time I do not go out exclusively to photograph. 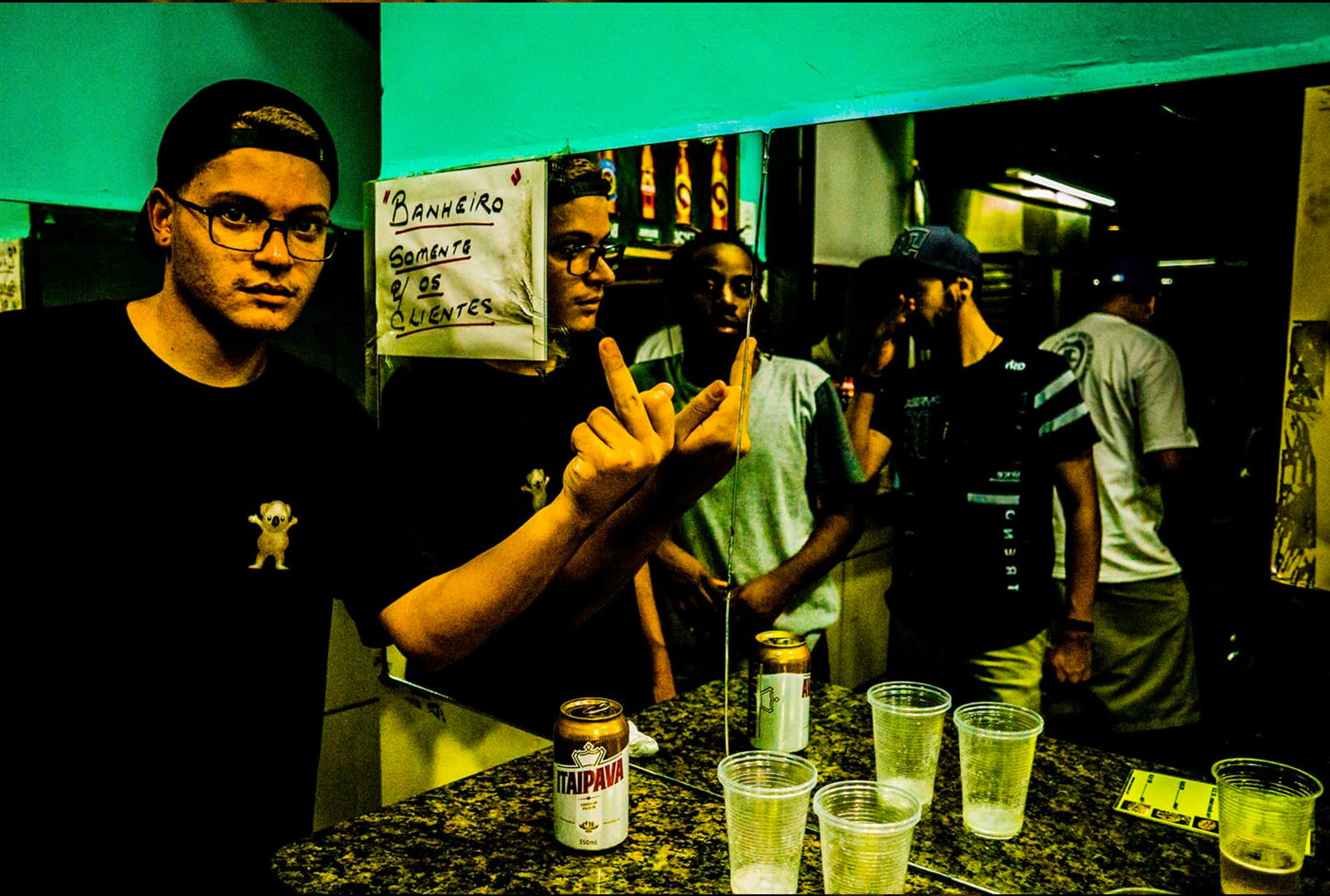 This photograph, for example, happened in a birthday party held in a nightclub in São Paulo, full of mirrors and neons. Many friends were dancing and having fun, and suddenly, there I was recording that moment.

There was also no specific mood, the only requirement was the night and the lights of various colors and types.

One thing that makes it much easier for me to shoot is the kind of camera I use. Almost a year ago I dropped my Canon T3 and started using a Sony Alpha a6000, mirrorless, half the size of a regular DSLR, which allows me to walk with it into a small, discreet pouch and can use the camera anywhere, going virtually unnoticed. It’s an extremely versatile camera, with a 19mm f2.8 lens, allowing me to take photos in almost any environment. With this, I was able to capture photos in different types of places, without using flash or any other resource than my camera and imagination. 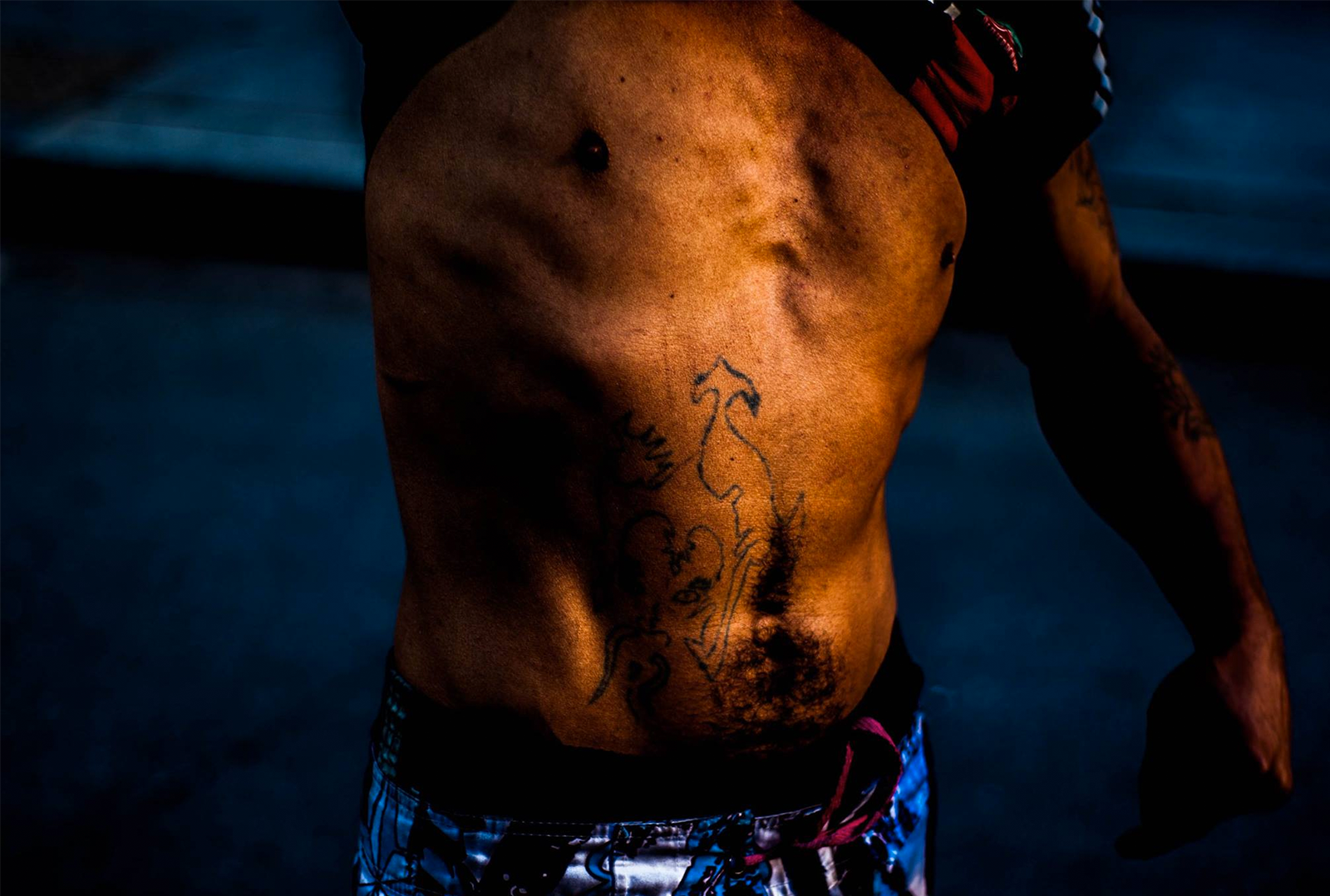 A homeless man asked me to register his tattoo for a cigarette.

Some of these photos were made simply by the moment I was inserted in, because the light that was good or any other banal reason that made me want to click the moment. Others, however, have a cool story behind them. Like, for example, the picture below, which was made in a bar that I had frequented with my father a few years ago. It is a simple bar, where people gather to play, drink, talk about life, frequented by people much older than me. I wanted to record this moment to eternalize, in some way, this bond with my father. I was lucky that on that day the lights were extremely beautiful and suitable for a good photo. 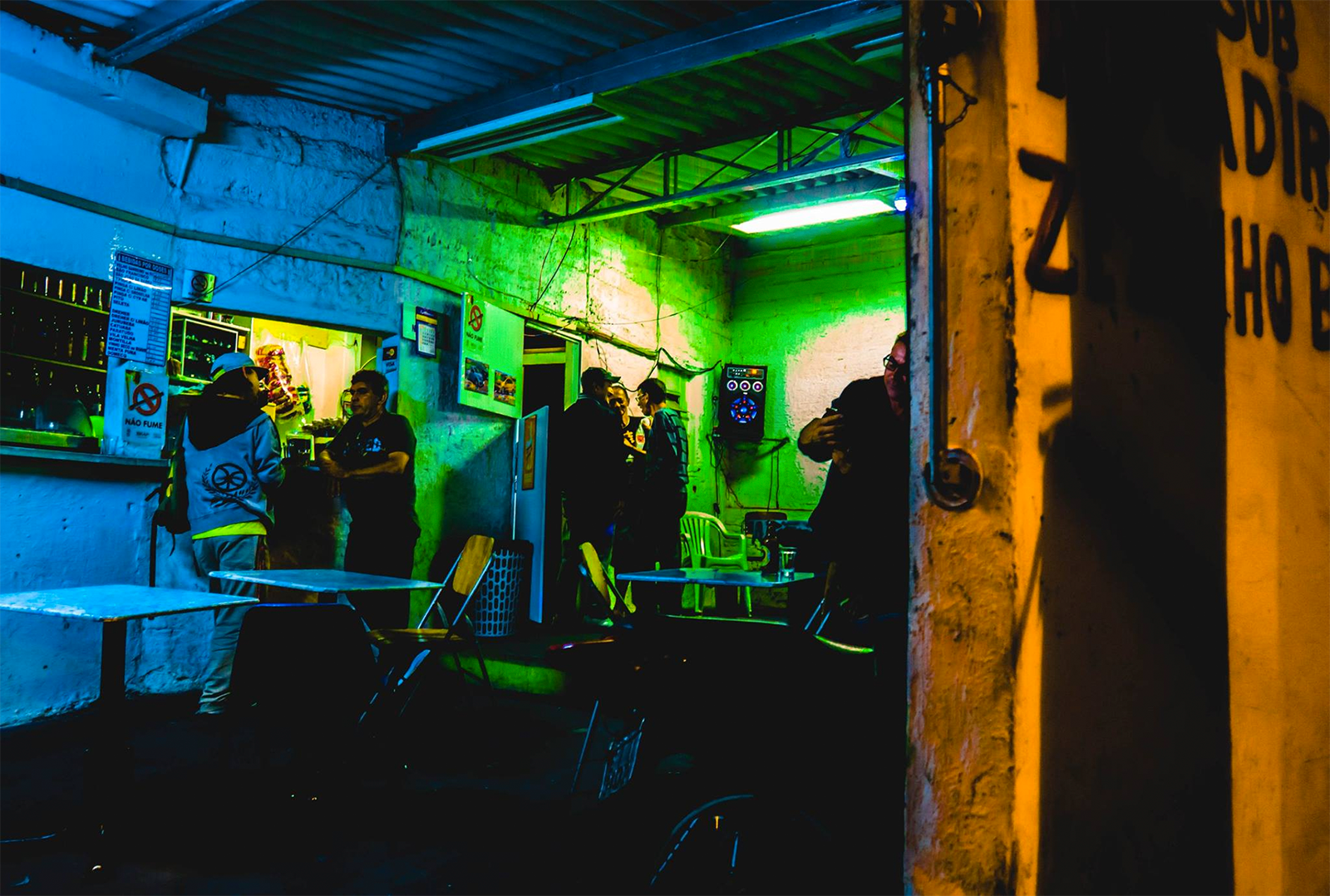 Another photograph that brings to mind a great story is the image below. I made this photograph at the Museum of Art of São Paulo – MASP, a place that is always busy every day with people who seek to know more about art, and also by people who stay in the museum, talking, drinking, living. This photo brings me a great duality, because there is a man standing, an extremely symmetrical composition, and a backlight, on a lamppost. At the same time, a whole night life happened in the same environment, people passing, which brings me the reflection that there can be peace and solitude in an environment so full of people and things happening. 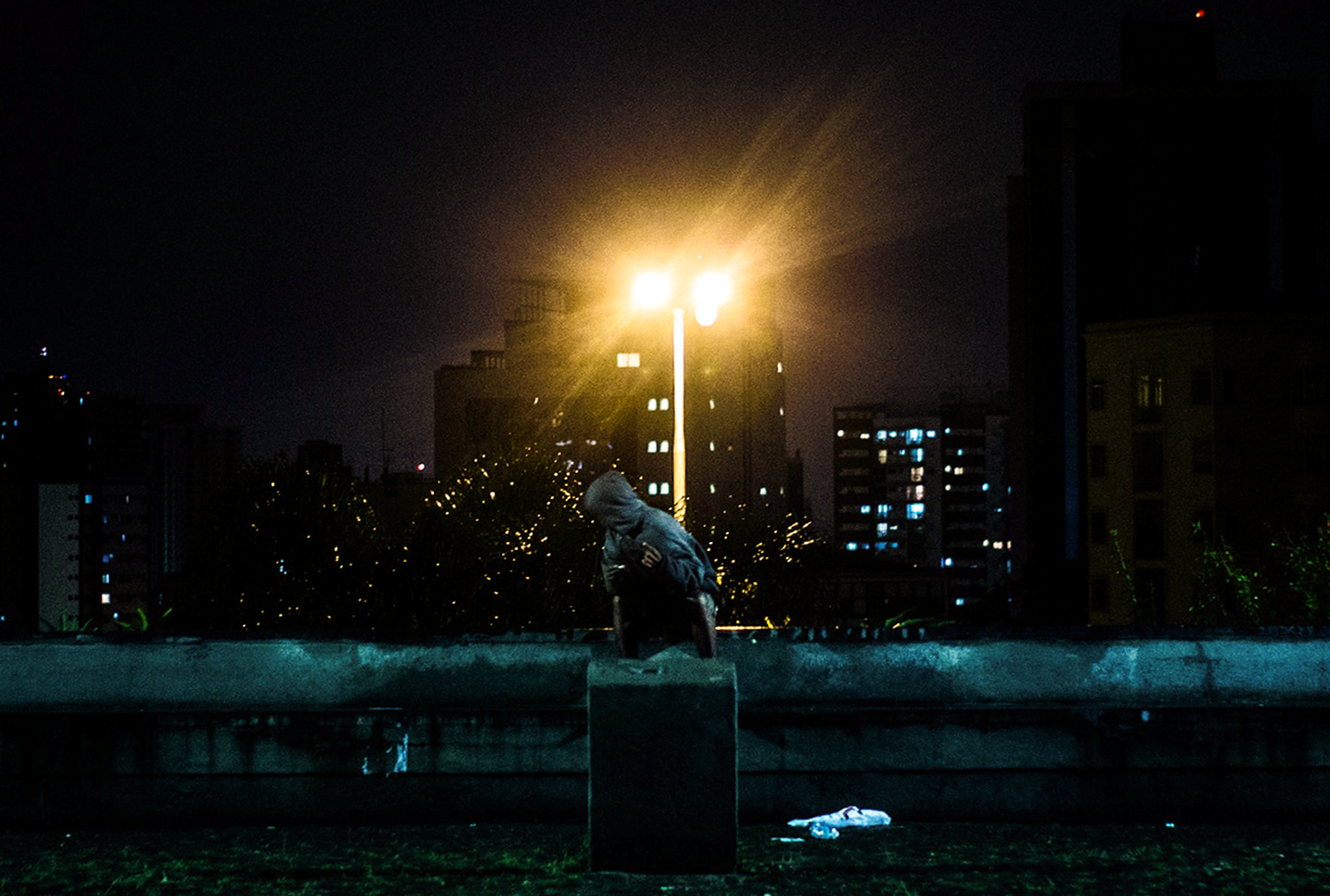 At the end of all this, the greatest learning I have with this project – even if it is only just beginning, was to observe people and the street in different ways, parties, friendship ties and moments, all for a happier and artistic outlook. It has also helped me to learn lighting, whether in the studio or even on the street, in improvisation, learning to work with what the city offers me. And last but not least, my image editing style has evolved, I have learned new techniques and use of tools that allow me to give a totally new face to my photographs. 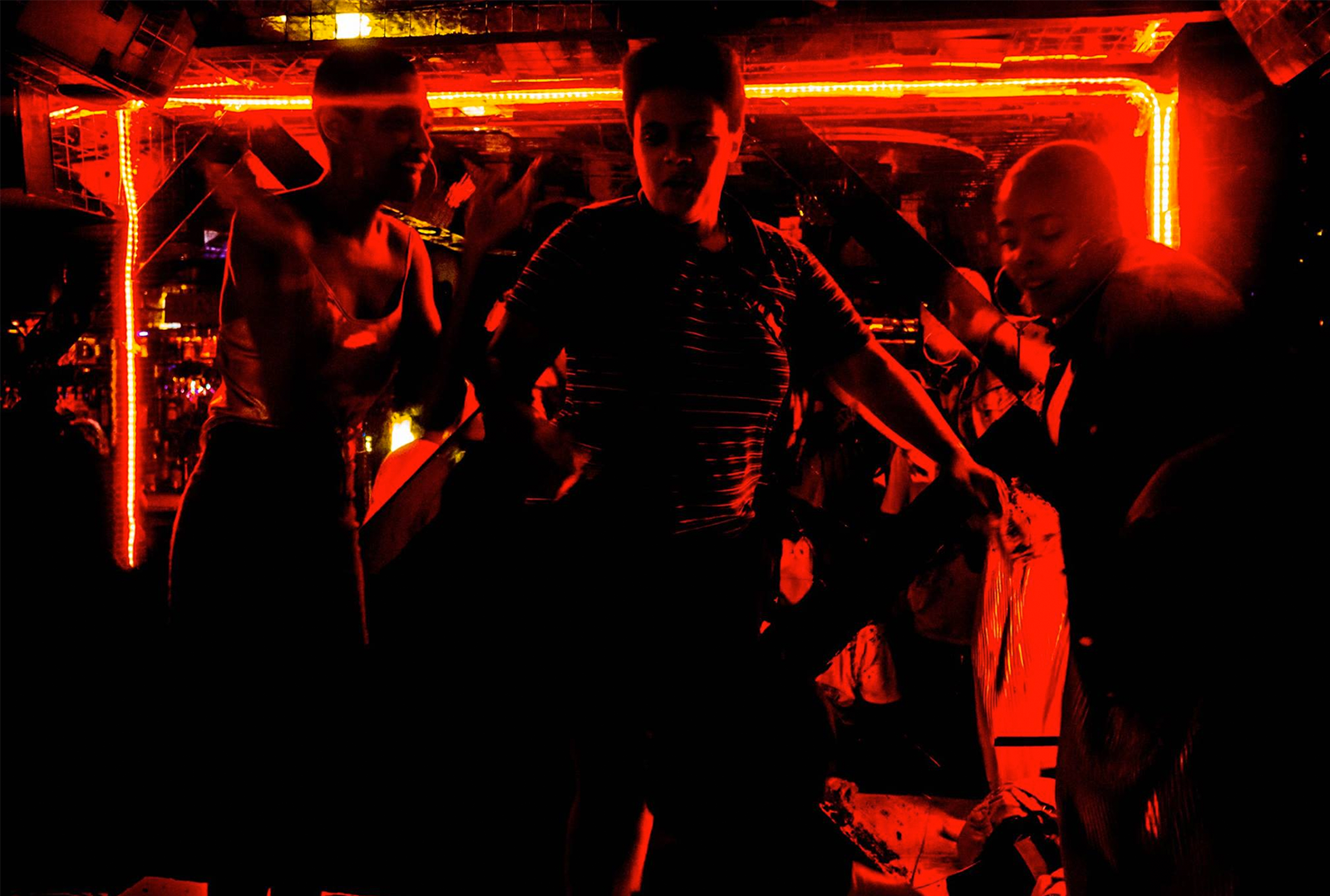 The series does not have a date to finish, as it is a segment of street photography that is part of the work that I usually do. It’s a series that I intend to continue because these elements are present in my daily life, becoming part of my style of street photography. The experience I get with this series is a complement to what I really live, without forcing to create the photos, it’s just the life I really live. I think that maybe one day it will become a great exhibition, a booklet that can gain space in other publications, and that I always continue to learn from the street, because it is the biggest of schools for photography and for life.

And my great advice to other photographers, especially those who like to capture nightlife: Learn to handle your cameras and take advantage of their resources, as it is possible to create a lot with very little equipment. And take the time to learn about editing and post-production, that makes all the difference in a good photo and can save some shots that, at first, may not please you. Go out with the camera, shoot, do not be afraid, and more than that, try to be unique in what they do, using the references to create something personal and that is a characteristic of you. This is worth more than anything else! 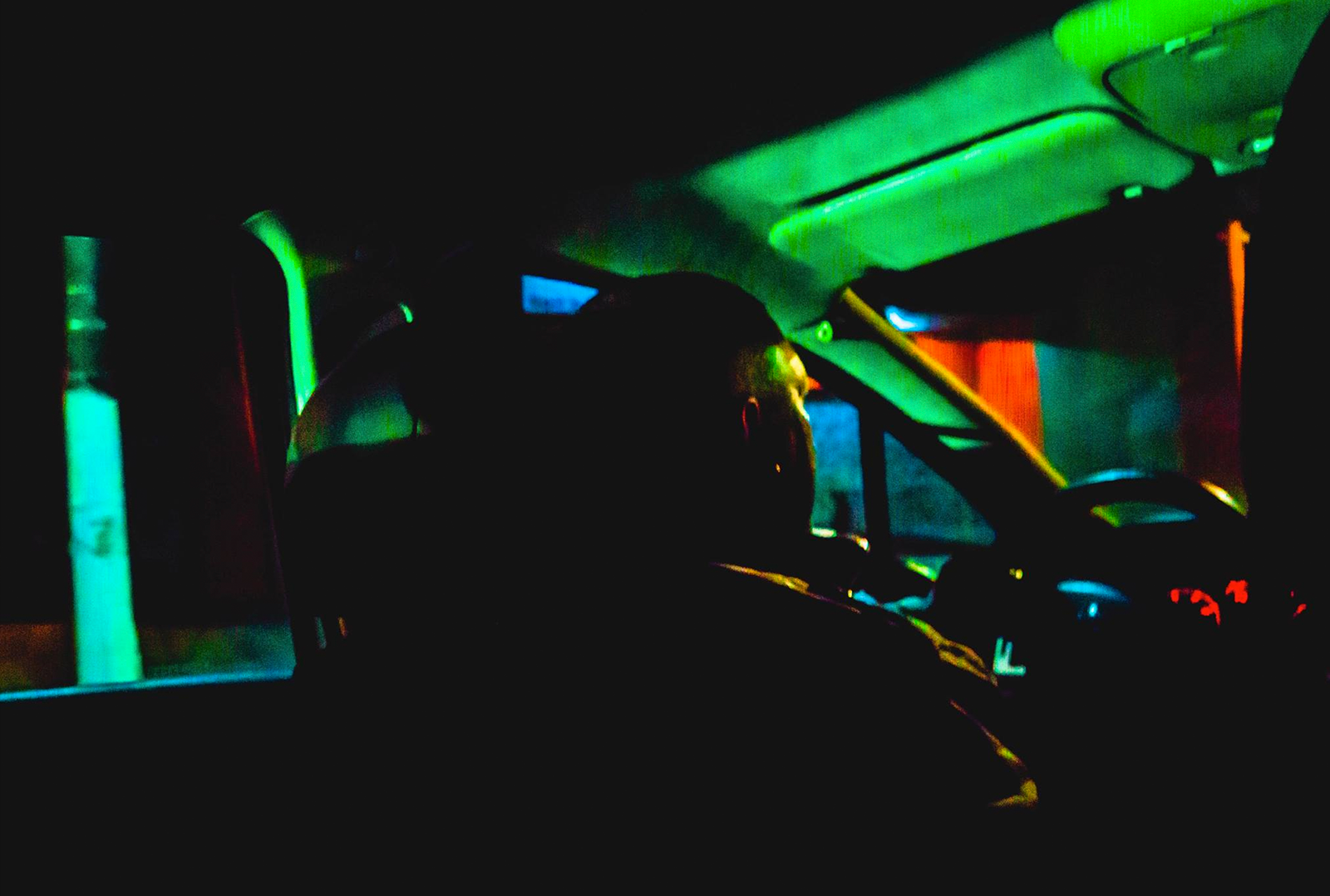