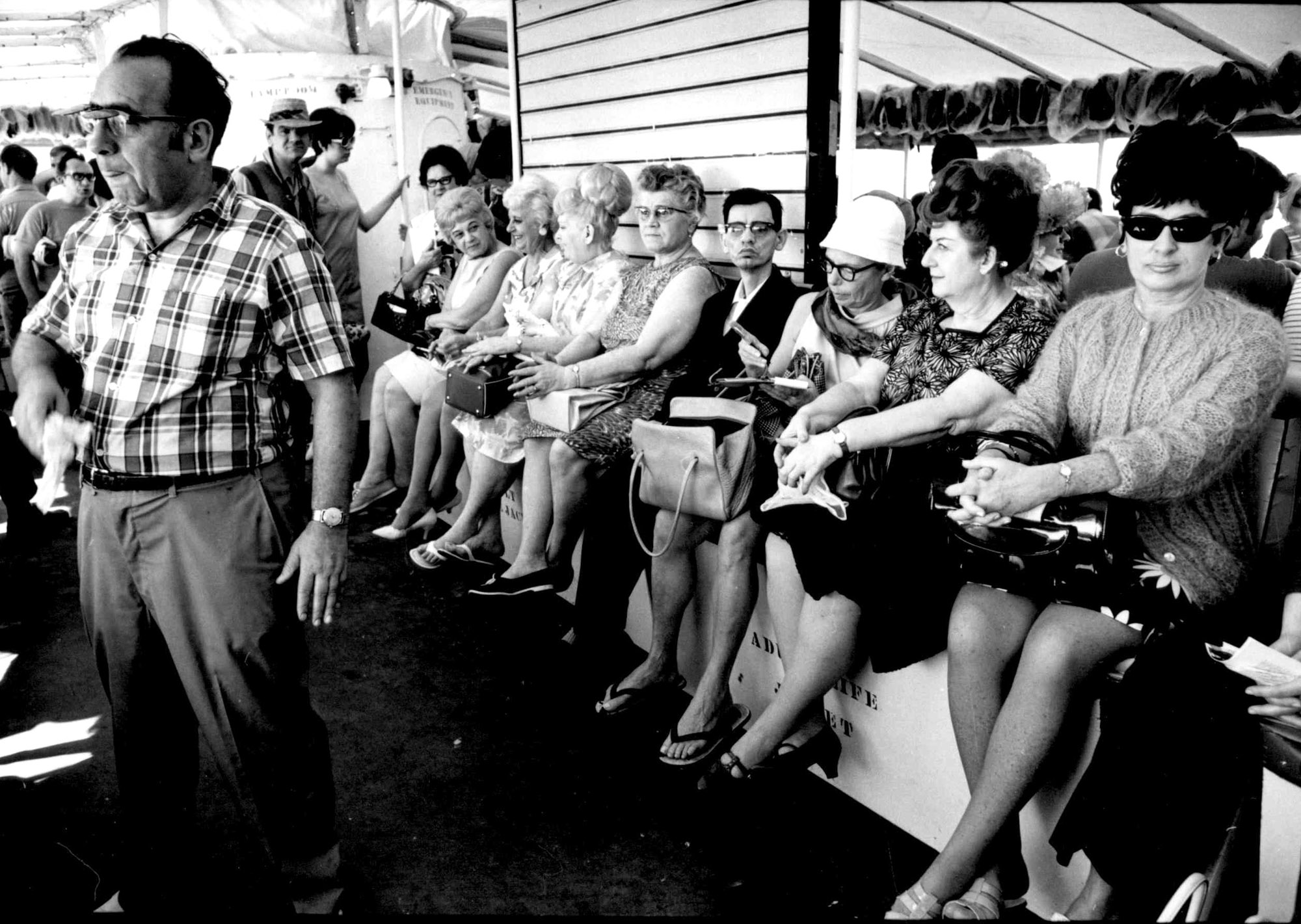 I was 26-years-old and the newly-minted press section reporter for Time magazine the morning I reported for duty at the Time-Life building in New York City. It was May 6, 1968. Senior Editor Peter Bird Martin told me that Bobby Kennedy, campaigning over the weekend in the Indiana Democratic presidential primary, had labeled the Indianapolis Star the worst newspaper in the country—a press story if there ever was one. Two hours later, I was on a plane to Indianapolis.

Before the day was out I had documented much of what Kennedy had complained about. The Star had virtually ignored him, choosing instead to promote Indiana’s little-known governor, Roger J. Branigan, even anointing him—without a shred of evidence to back it up—as the Democratic nominee’s likely running mate.

To my surprise, the Star reporters and editors were remarkably forthcoming about their less-than-objective coverage. “There’s not a man in this newsroom,” one of them told me, “who hasn’t been distressed at what’s been going on.”

Kennedy won the Indiana Democratic primary with thousands of votes to spare.

When I got back to the Time-Life building that Thursday, somebody told me that top editor Otto Fuerbringer had been replaced by one Henry Anatole Grunwald. I shrugged. I couldn’t see how the news could possibly affect me.

I typed up a 12-page “file” laying out what I had learned in Indianapolis, and turned it in with a mixture of pride and apprehension.

I’d heard abot the frustrations that came from a system in which the reporting of a story and the writing of it were carried out by two or more individuals and how Time writers often ignored files and wrote what they pleased. I went home that night on tenterhooks.

But the next day, when I read what writer Ed Warner had written, I was relieved. He had used my lead and best quotes. Most importantly, he had appropriated my view of the warped political coverage, including my documented conviction that Eugene Pulliam, the Star’s publisher and a pal of Branigan’s, was orchestrating it himself. I congratulated Ed and mentally danced a little jig; this Time thing could turn out all right after all.

When I returned from lunch, I learned that Peter Martin wanted to see me. He got right the point: “Otto’s killed your story,” he said. “Don’t take it personally,” he went on, “but Otto’s new job is to buy newspapers for the company, and he doesn’t want to take a shot at a newspaper publisher in his last issue of Time.”

What, I thought, have I gotten myself into.

But as I settled into my job in the weeks that followed, my judgments, as well as my reporting, found their way into the magazine. And it was an exciting time to be covering the press. Columnist Murray Kempton and the irrepressible William F. Buckley were in top form and always good for a quote. Jimmy Breslin, Tom Wolfe, and Gloria Steinem were helping New York magazine editor Clay Felker invent the so-called “new journalism”—all good grist for my beat.

In Towson, Maryland, journalist and historian Garry Wills introduced me to the early jazz records of Bing Crosby, and in the San Francisco offices of Rolling Stone, founding editor Jann Wenner introduced me to the new Bob Dylan album, “Nashville Skyline.” I played touch football with Bill Moyers, then publisher of Newsday on Long Island.  And at the 1968 Democratic convention in Chicago, I got tear-gassed in Lincoln Park with New York Times drama critic Clive Barnes and Jean Genet, the French novelist and political activist. (After the gassing we repaired to a hotel across the street, where an amused Genet had his eyes flushed with water.)

Although I was getting paid to write files, I often brought along my Nikon F, and if things went well enough and there was time enough, I’d ask my subjects if I could take a few pictures. Almost everyone said yes.

While I was interviewing Gloria Steinem, then a columnist for Look magazine and a freelance writer, she took a phone call, I started snapping away.  In those days, Time photographers got photo credits, but writers and reporters remained anonymous, so I was thrilled when the magazine ran my picture, credited, with the story, which was about Steinem’s emergence as “a mini-celebrity”— not yet the feminist icon she would soon become. (The photograph of Steinem in a mini-skirt was included, more than half a century later, in the 2017 Museum of Modern Art exhibition, “Items: Is Fashion Modern?”)

For a piece about Jann Wenner, I flew to San Francisco and spent a day or two in the warehouse that then served as the offices of Rolling Stone, the scrappy rock ‘n’ roll tabloid attracting serious attention for its sprightly writing and groundbreaking exclusives. Jann was as enthusiastic as a puppy dog. Not long after we first met, he jumped up from his chair, grabbed a record album and said, “Oh, you’ve got to hear this.” He then played Dylan’s “Nashville Skyline” on his office turntable. To this day I never hear it without thinking of that day.  Wenner too, took a call in the middle of things, and again I seized the moment to snap away. And again, to my delight, Time ran the picture—and paid me a munificent $25 for doing so.

When Esquire asked novelists William Burroughs (Naked Lunch), Terry Southern (Candy, The Magic Christian) and Jean Genet (Our Lady of the Flowers) to cover the l 1968 Democratic Convention in Chicago,I was assigned to cover the unconventional journalists at work and, as it turned out more often, at play. The group was soon joined by Burrough’s pal, poet Allen Ginsberg and was chaperoned by Esquire editor John Berendt, who six years later would write the best-selling Midnight in the Garden of Good and Evil but whose job that week was to keep his charges on task and out of the city’s watering spots, a job at which he failed spectacularly.

After a few months as the press reporter, I was assigned to cover other back-of-the book stories. I shared a suite on the maiden voyage of the QE2 with legendary Life photographer Alfred Eisenstadt, returning to the United States after photographing Sophia Loren in Rome. Charged with documenting the liner’s crossing for a special Time color insert, “Eisie” was as cranky as a warthog; only later did it occur to me that he likely resented sharing his well-appointed stateroom with a young reporter he no doubt considered too green to carry his equipment.  Though he shot roll after roll of film for the special section, Time, in its infinite wisdom, wound up using a wire service black-and-white photograph of the great ship coming in to dock at a Hudson River pier.  (There, a jaunty Mayor Lindsay came on board to welcome her.)

As the de facto high seas correspondent, if only for a short period, I was also assigned to take a “singles cruise” with computer-matched lonelyhearts to the Bahamas, which earned me one of the few bylines new editor Grunwald had begun to dispense to spur morale. (See the top image.) Then came that Friday, in 1969, when the New York Mets won the World Series.  I was working on a story when I looked up from my desk to see confetti pouring down outside like snow in a blizzard.  I grabbed my camera and took a couple of quick pictures for posterity.  Turned out, it was the end of the roll, so before I left for the weekend I asked a friendly picture researcher, who had done me the occasional favor, if she could have the film developed over the weekend.

I forgot about it until I came to work Monday morning.  When I ran into the researcher in a hallway, I asked her if the guys in the lab had had a chance to develop my roll of film.

She gave me a funny look.  “I guess you haven’t seen the new issue,” she said.

I went to my office, found a copy and began flipping through it. A third of the way in, running a full column on the nation section opener was my snapshot of the confetti blizzard. Talk about serendipity.

For a cover story about Dustin Hoffman, then basking in the afterglow of his standout performance in “The Graduate,” I hung out with him for a full week. He was then starring on Broadway in “Jimmy Shine” and one night after the curtain came down, I met him backstage, where, despondent, he bemoaned his perfectly fine performance. My insistence that it was just fine seemed to cheer him slightly, and we retreated to a dingy tavern on Eighth Avenue to get acquainted. It was raining, and the place was deserted. After the waitress took our order, she went over to the jukebox and played Simon and Garfunkel’s “Mrs. Robinson,” which, of course, was the theme song of “The Graduate.” It was her subtle way of letting us know that she’d recognized Dustin, which I thought was extremely cool. Time ran a photograph I took of Hoffman shooting pool later that week. Another $25!

I also got to spend the better part of a week with late-night talk show host Dick Cavett for another Time cover story. He was then riding high as the thinking person’s talk-show host. After a Thursday afternoon double taping of his show, we climbed into the back seat of a limousine for the drive to his weekend retreat—a grand Victorian designed by Stanford White—in Montauk at the end of Long Island. On the way, we watched his show as it aired on a little black-and-white TV plugged into the limo’s cigarette lighter. (Cavett chortled when he said something amusing on air and groaned when his attempt at wit fell flat.)

I took lots of notes and photographs that weekend as Cavett walked Montauk’s breathtakingly beautiful moors and visited a local Indian museum. Time ran photographs I took of him shopping for groceries and hugging his poodle.

By the time I photographed Washington Post reporters Bob Woodward and Carl Bernstein in 1973, I was producing “Behind the Lines,” a weekly, public television program about the press. For a show about how the press covered Watergate, I flew to Naples, Florida, where the pair had taken leave from the Post to write what would become their best-selling book (and later a blockbuster movie), All The President’s Men.

In 1975 I was producing a different PBS program called “Assignment America,” for which George Will, Studs Terkel, Maya Angelou, and Doris Kearns (later, Doris Kearns Goodwin) took turns talking with some of America’s more interesting people. I flew to Los Angeles for Will’s interview with Playboy’s Hugh Hefner at the Playboy Mansion West, as his 29-room house on five plus acres was called. On camera, Will accused Hefner, sitting in front of an epoxy sculpture of his girlfriend, Barbie Benton, “living out the fantasies that you had as an adolescent.” To which a smiling Hefner replied: “That can be very satisfying.”