The Mystery of Mannequins 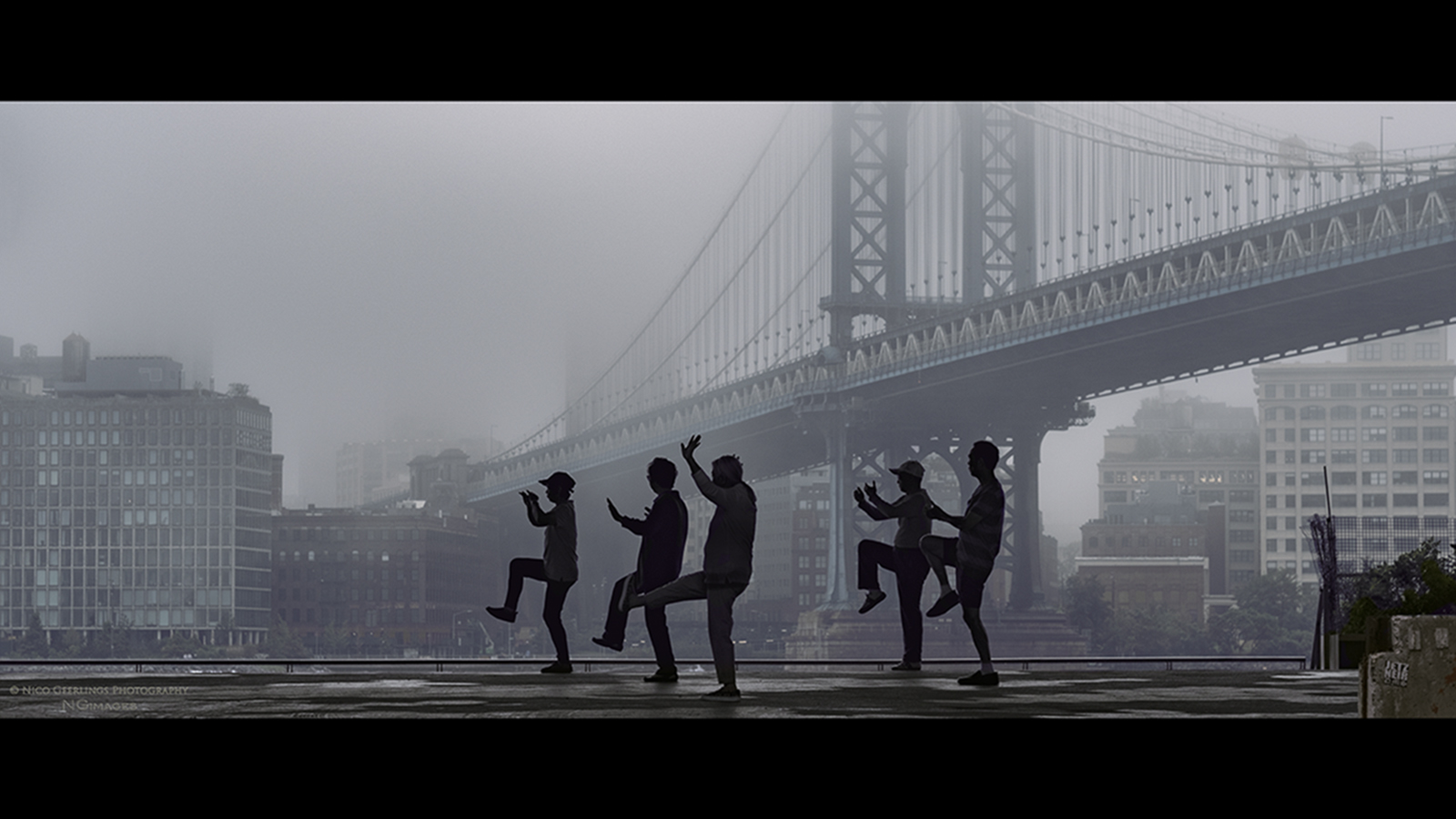 Where are you from and how did you get into street photography?

I live in a small town in the Netherlands where I grew up. I discovered photography, like many, during the holidays where I had more and more fun with the ‘snapshots’ I took home. In 1992, in preparation for an impressive journey through the so-called desert states of the United States, my interest for photography began to grow.

But in 1993 a special love began to develop; a love for Paris. The city of choice for photography, especially street photography. By studying the work of the great French photographers like Doisneau, Ronis, and Cartier-Bresson I slowly developed my preference for this form of photography.

Although I must honestly say that I do not practice the pure form of street photography. By that I mean to say that I don’t focus on human interactions but more on people in their environment. For me, it’s more about capturing an atmosphere in which a person has a supporting role. I’m roaming the streets of Amsterdam, Paris, and New York City in search of interesting locations and light, waiting for something to happen.

In June 2001, I traveled to New York City for the first time. Once visited, this city will never let you go. Every year I combine a visit to both cities with my passion for photography. 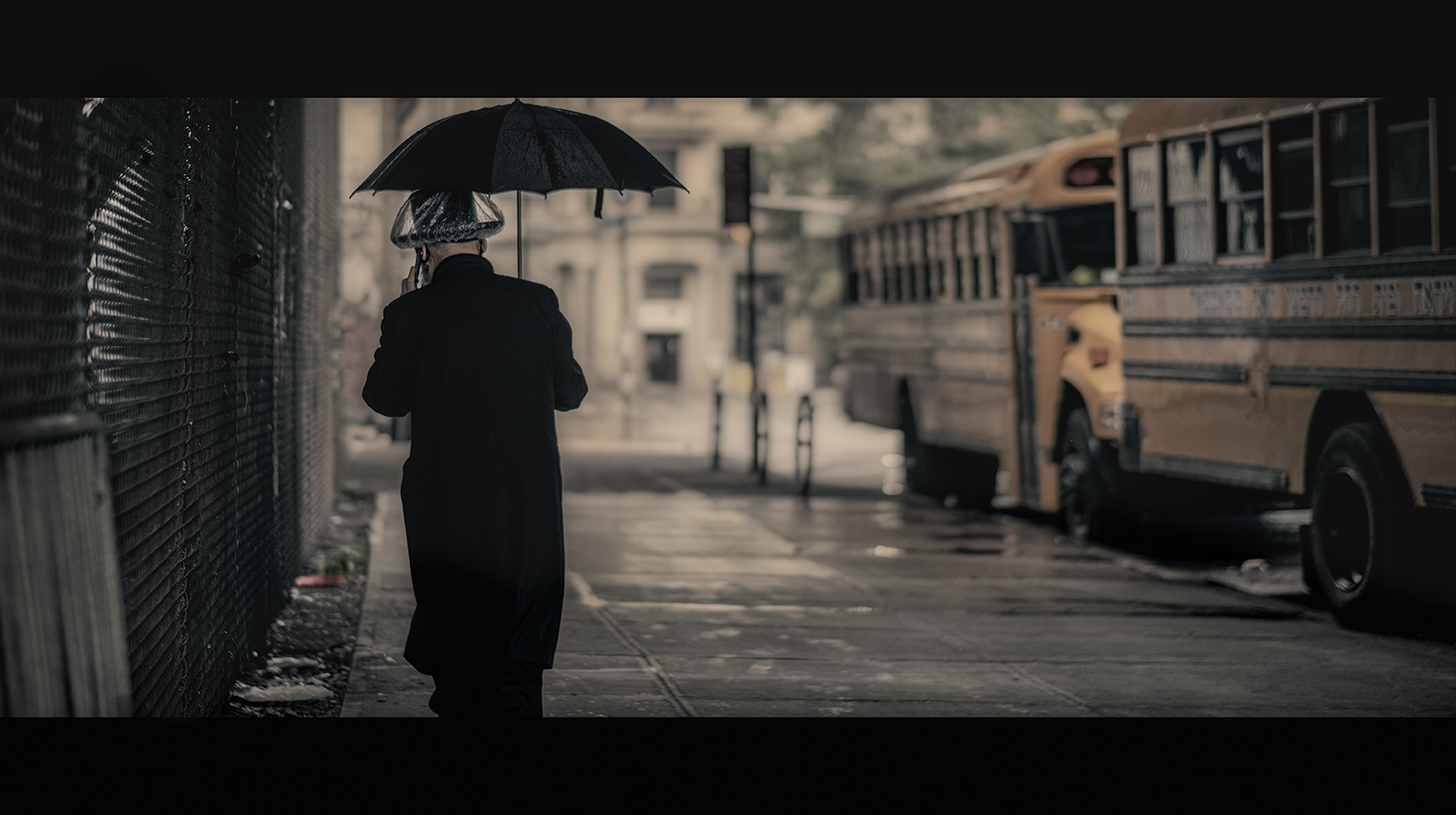 Many of your images are very cinematic. How do you achieve that effect?

That starts with the choice of subject. Before I travel, I think about that for a long time. I search exhaustively for locations and study cinematic images. What makes that one image more cinematic than another? Is the use of color, or the contrasts or lack thereof? Certain subjects?

I developed a preference for ‘drama’ in images. The so-called ‘color grading’ (changing the color tones) is created by using the color wheel from Adobe where I pay attention to complementary colors with which I build the scene.

Cinematically intended images take a lot of time, considerably more than the photos I shoot in black and white with my Leica Monochrom camera. Sometimes it takes a long time before I ‘hit’ the right atmosphere. For this, besides Photoshop (Ps), I use Analog Efex Pro2 and Color Efex Pro4 from the Nik collection. Initially I edit the RAW file in Ps, after which I work with copies in both other programs. All resulting images are later combined in Ps to create the final version. As I mentioned, a time-consuming job. But exceptionally fun to do!

Looks like you do quite a bit of model work. Does that help you in any way with your street photography?

Photographing of models started after a retrospective of Helmut Newton at the FOAM in Amsterdam in 2016. I was particularly impressed by a photo he took in Rue Aubriot with Vibeke Knudsen in a Yves Saint Laurent tuxedo. Preparing my next visit to Paris, I convinced myself that I would ask beautifully dressed passers-by to pose for me in this famous street, where Helmut also had a studio by the way. At least that was the idea.

After one not so successful attempt, I happened to meet a professional model at the Louvre, where she had a shoot. She was willing to pose for me one night. An exceptional experience that gave my so-called ‘street photography’ a completely new direction. It gave me the courage to ask random people to pose. It’s not always an easy task, depending on the situation and location, but very rewarding.

For instance recently in New York City, while drinking coffee in the Lower East Side, I asked a local. The next day she was willing to pose for me in her neighborhood in Manhattan and Williamsburg, Brooklyn. Here I could extensively shoot my cinematic images. The “trick” is to barely give directions and just let her do her thing. This produces the most natural images. For example, she grabbed a cigarette and observed the location where we were. During that, you’ll see the expressions in her face slightly changing. My challenge is to capture that right moment. 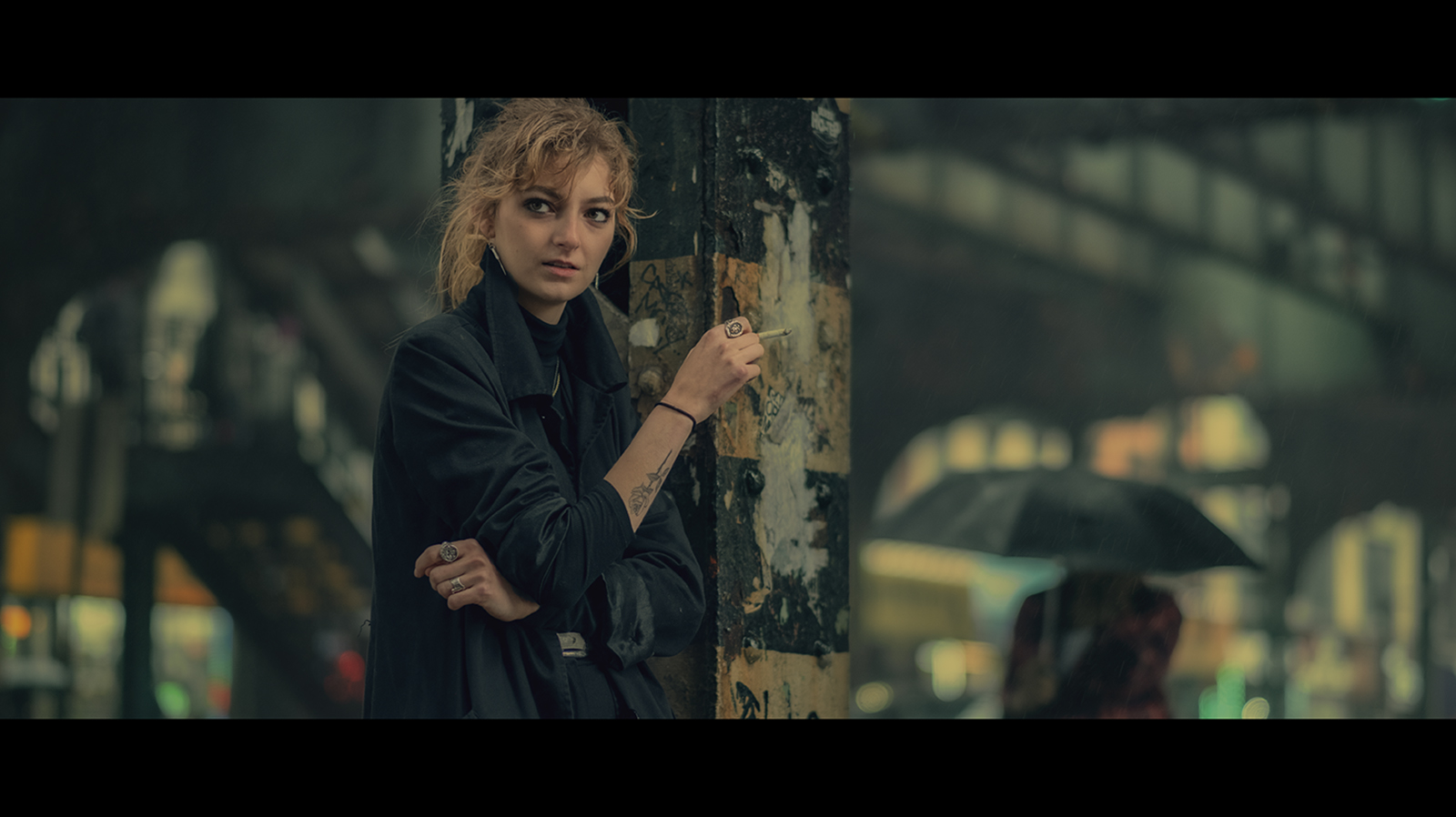 Despite my love for Paris, it’s absolutely New York City. This city is like a movie set that endlessly inspires me. This is the city where I developed my fascination with making cinematic images. When I first visited the city on my own, I decided to photograph a very unique street at night: Cortlandt Alley. This alley is located near Chinatown. In the evening it is very remote and occasionally someone passes by. What a great experience to photograph there! It is not without reason that this is the most filmed street in the city.

Apart from the beautiful streets, neighborhoods and boroughs, New Yorkers are quite easy to photograph if you ask them; they are proud of their city and their appearance. They dare to show their identity. They don’t care what other people think about the way they look. Love that attitude! If you compliment them for that, you’re almost certain you get them in front of the camera! 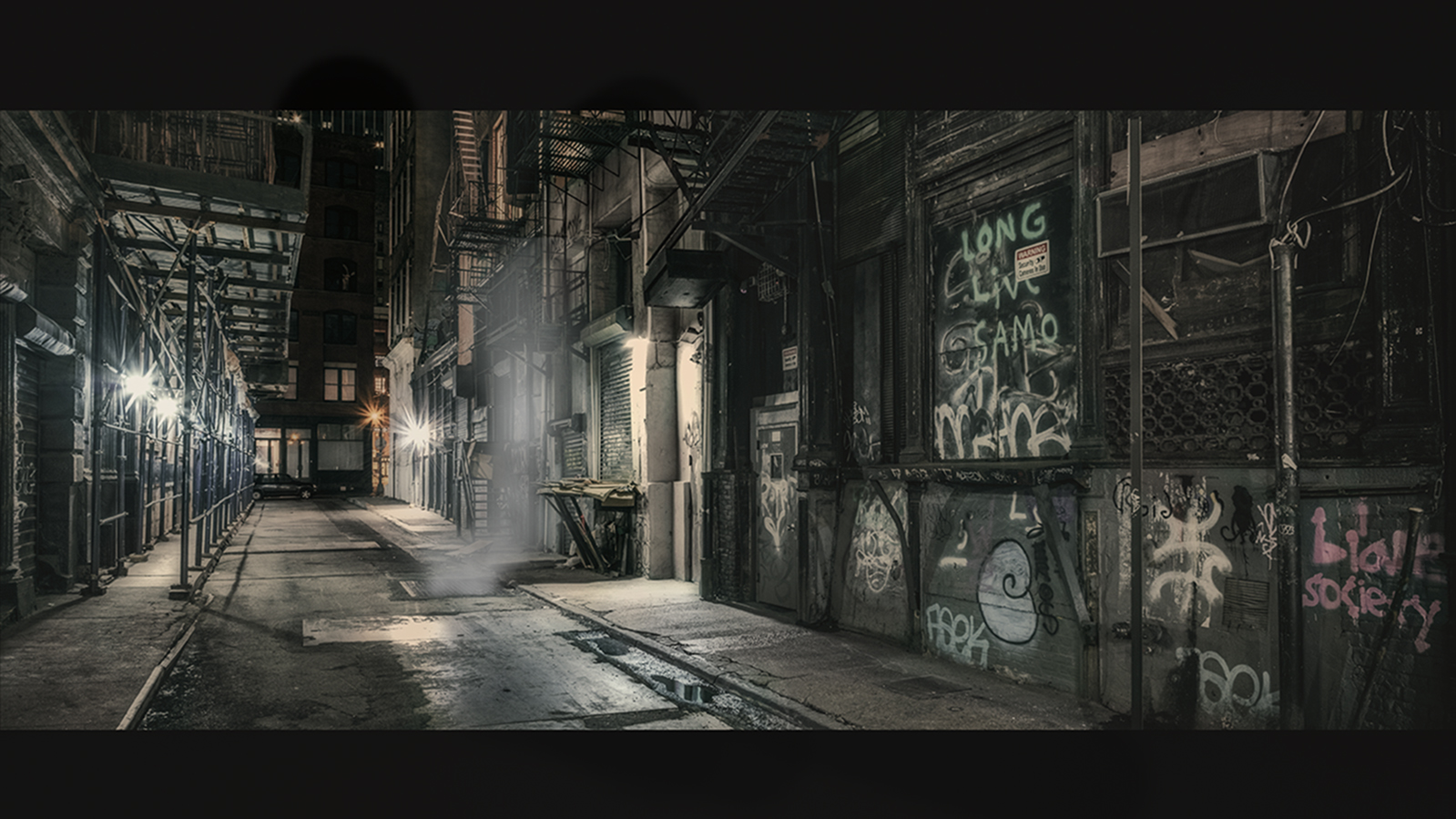 The huge challenge takes place at home when I want to create the images I had in my head before I left home. It’s always easy to have a certain image in mind when you’re home but on location, it’s always different. You have to deal with real-life situations and adapt to it.

Like busy locations where I wanted to photograph just one person. How to create that? Wait all day? That’s not going to happen. So, I use the simple technique by photographing multiple images and combine them afterward. Because I shoot handheld, it becomes a daunting task.

But on location, the biggest challenge is trying to stay safe; avoid getting robbed or possibly worse. I had such an experience in New York City that luckily ended well because I packed my stuff in time and rushed away from the location. It was right under the Manhattan Bridge in Brooklyn where 2 guys were watching me in a certain way and I felt like something bad was about to happen. Always use your common sense and act instantly on intuition.

It is very difficult to choose just one moment when you have been photographing for over 25 years. Two different moments stood out I’ll never forget. One was with a good friend of mine, Kim, a model I have been working with for quite some time. It took place in Rue Aubriot, Paris where we tried to recreate a scene from an image taken in 1975 by Helmut Newton I talked earlier about. It was not only about the final result but just as much about the overall experience and the interaction with Kim. She had studied the pose carefully and knew exactly which outfit would fit perfectly. The shoot, late in the evening, took about an hour to get everything exactly the way I wanted it. It all sounds very serious but we had a lot of fun during the shoot! 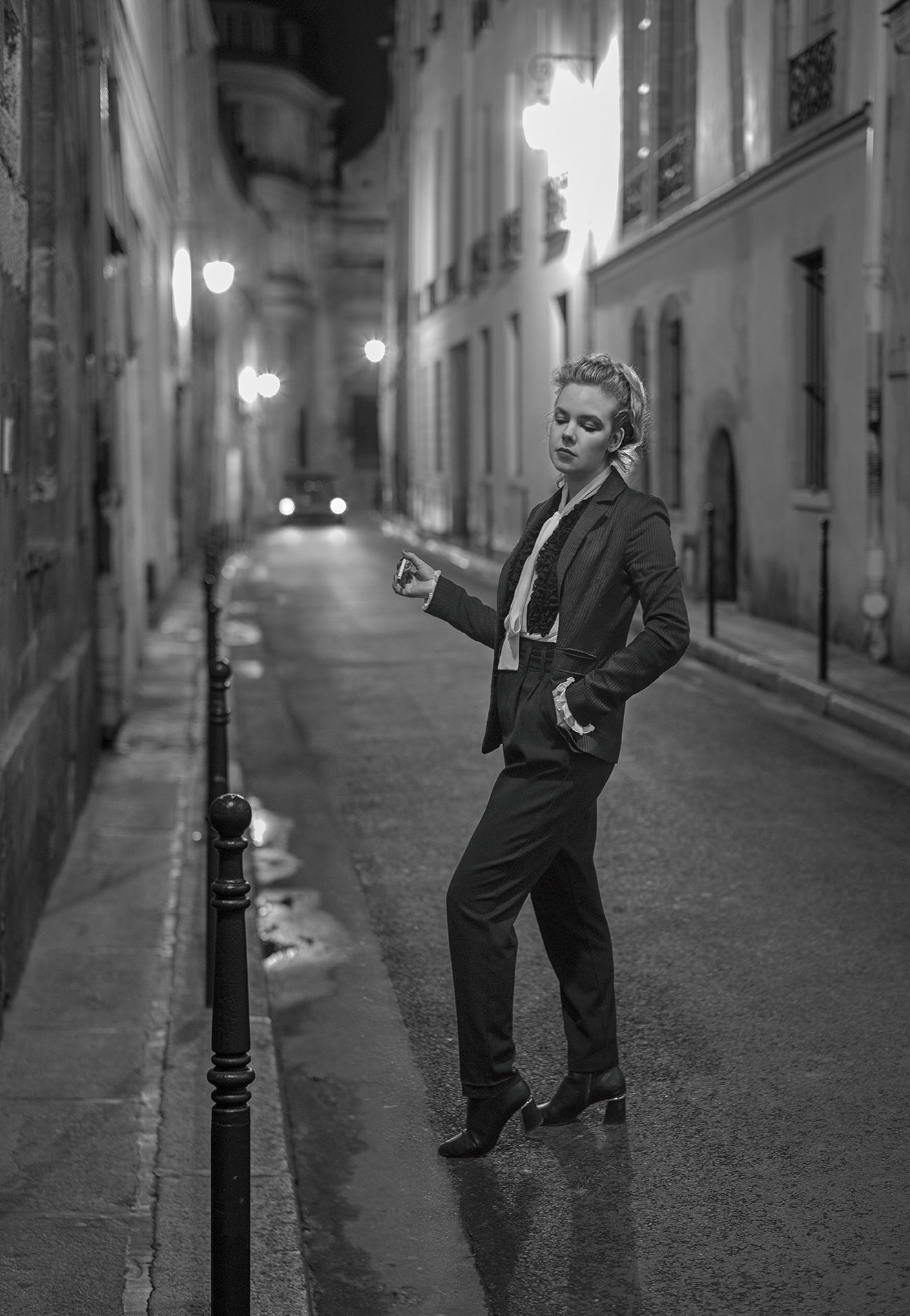 The other one took place on the rooftop of Rockefeller Center in New York City. Early morning and it was raining heavily with clouds hanging low. When I went up there was nobody on that rooftop! At first, the Empire State Building was completely out of sight so I knew I had to wait patiently for the clouds to elevate a little. It was like looking at Gotham City, waiting for Batman to arrive at any moment. Finally, after 45 minutes or so, I was able to make the images I had in mind and soaking wet and cold I went down in the elevator, on my way to have some breakfast. 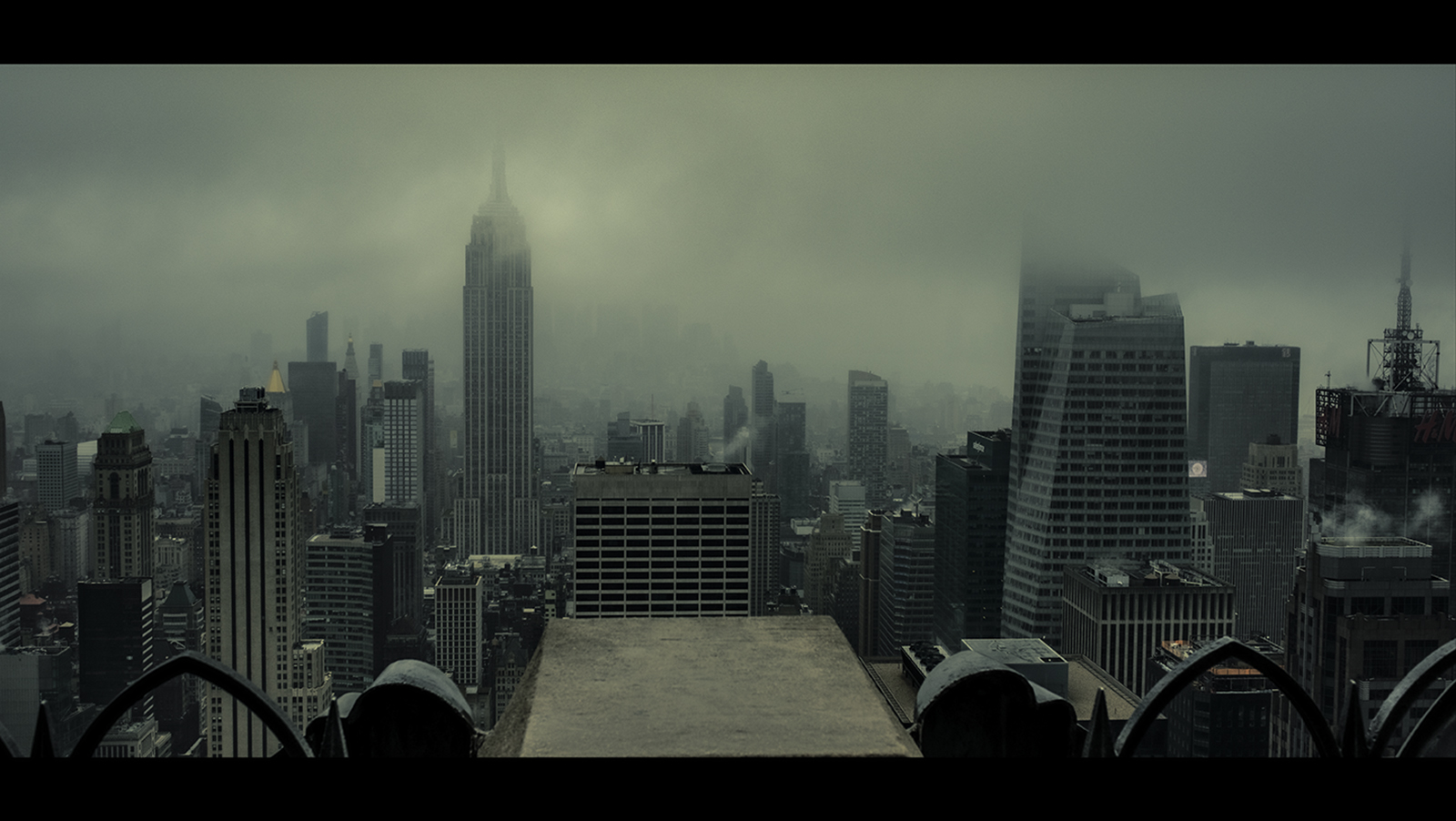 To have patience. In street photography, you have roughly two types of photographers: photographers who like to fish and those who like to hunt. A “hunter” photographer first and foremost is on the move and on the lookout for anything interesting, with a camera at the ready to be deployed near-instantly. Those who are ‘fishing’, on the other hand, look for certain compositions and wait very patiently for the right moment; a passer-by that fits perfectly into the picture. I’m constantly fishing. 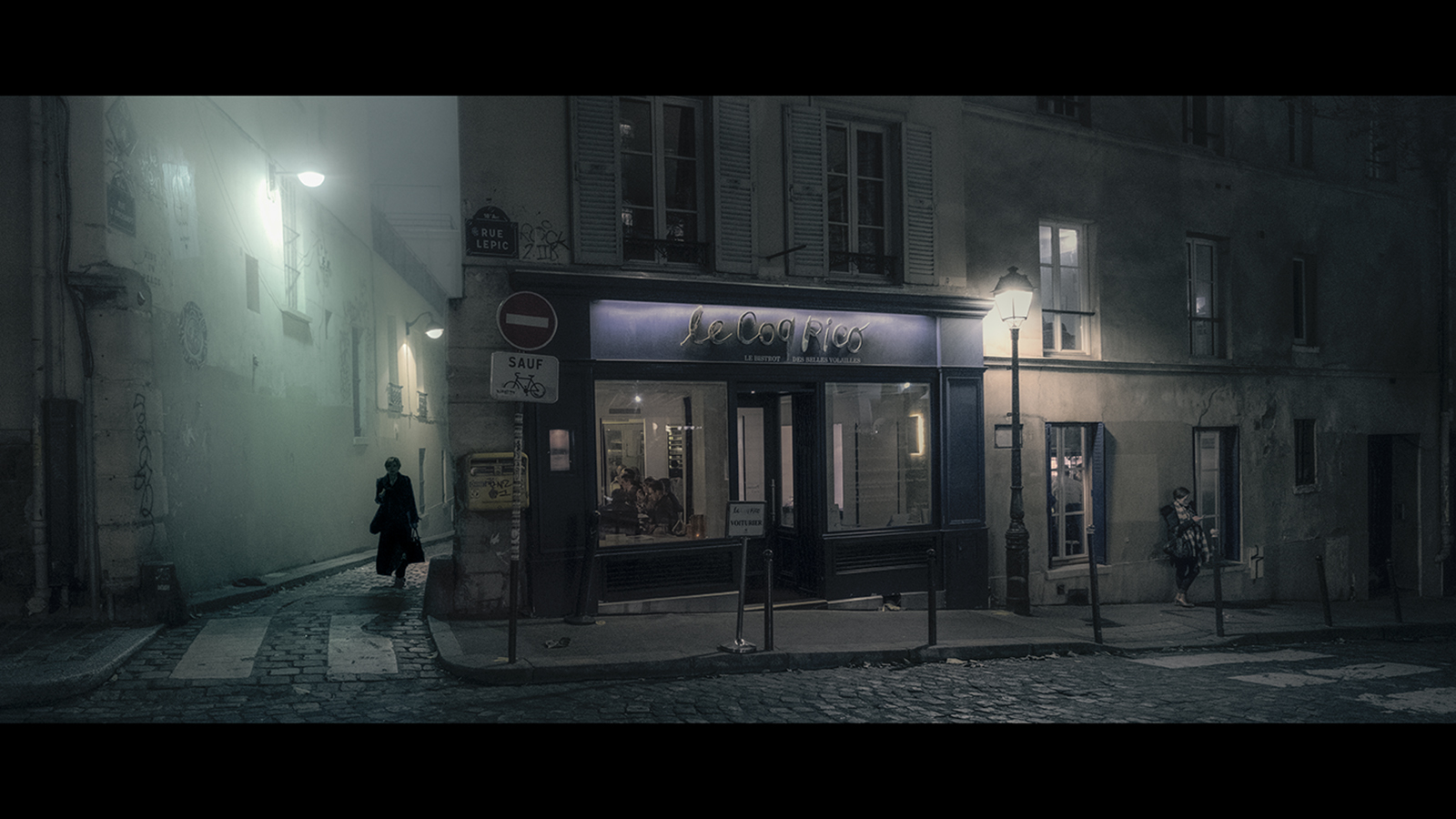 Editor’s Note: To learn more about Nico and see more of his work, be sure to visit his Flickr photostream. This photographer was selected from our Flickr group (Street Photography Magazine), where we regularly choose photographers’ work to be published in our magazine.