Abstract Streets with the Harinezumi Camera 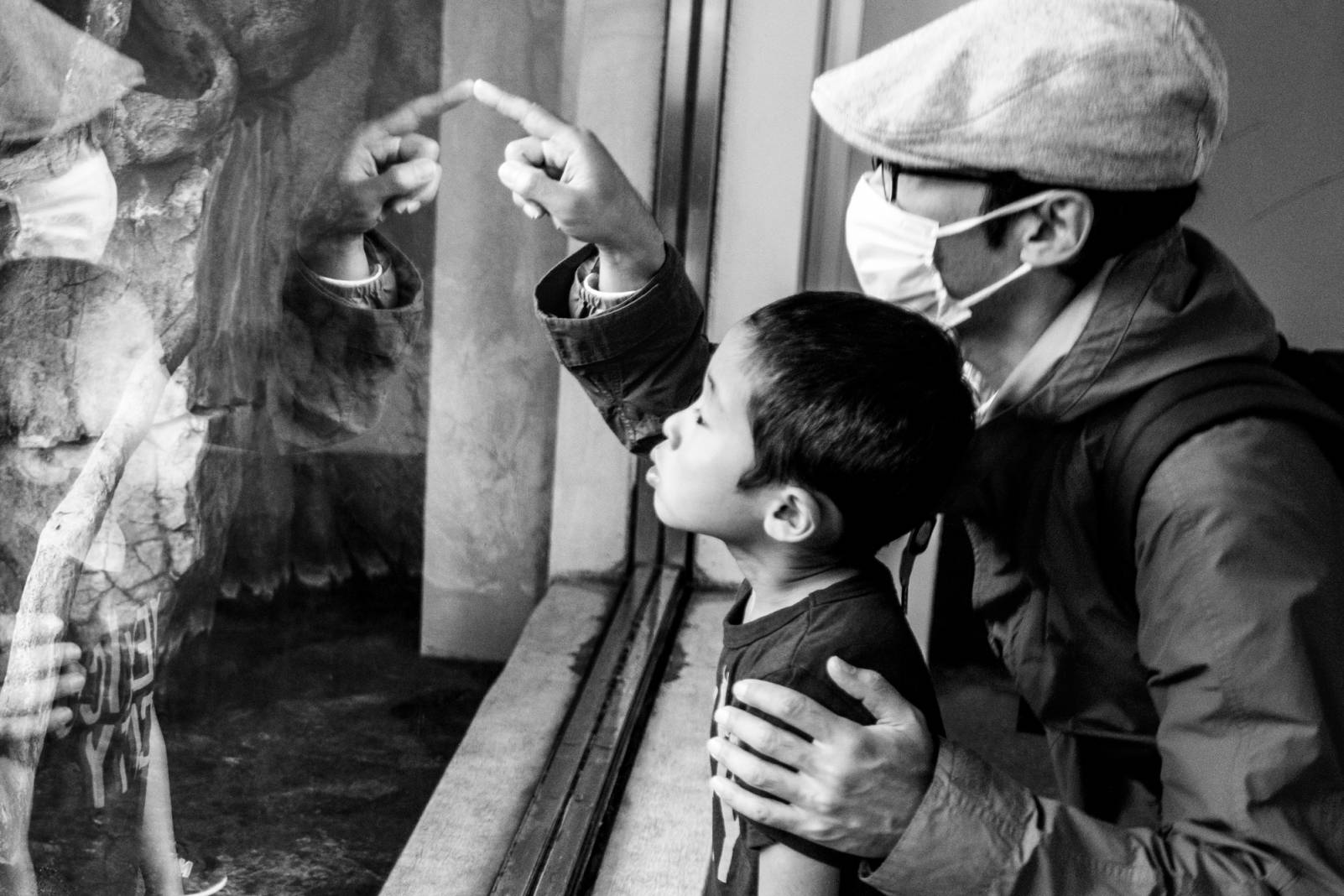 Which camera to choose for my first trip to Tokyo? An alien world known only through films, photographs, books, through the stories of friends but never personally visited.

A compact camera to steal the flow of life in secret? Like a marvelous Leica to shoot discreetly everywhere? I made a different decision. More radical and complex.

I decided to bring my big, fat studio camera: the Canon 5D  with the zoom 16-35 f 2.8 as the only alternative. Mine was a bet that I did not know if I would win or lose. 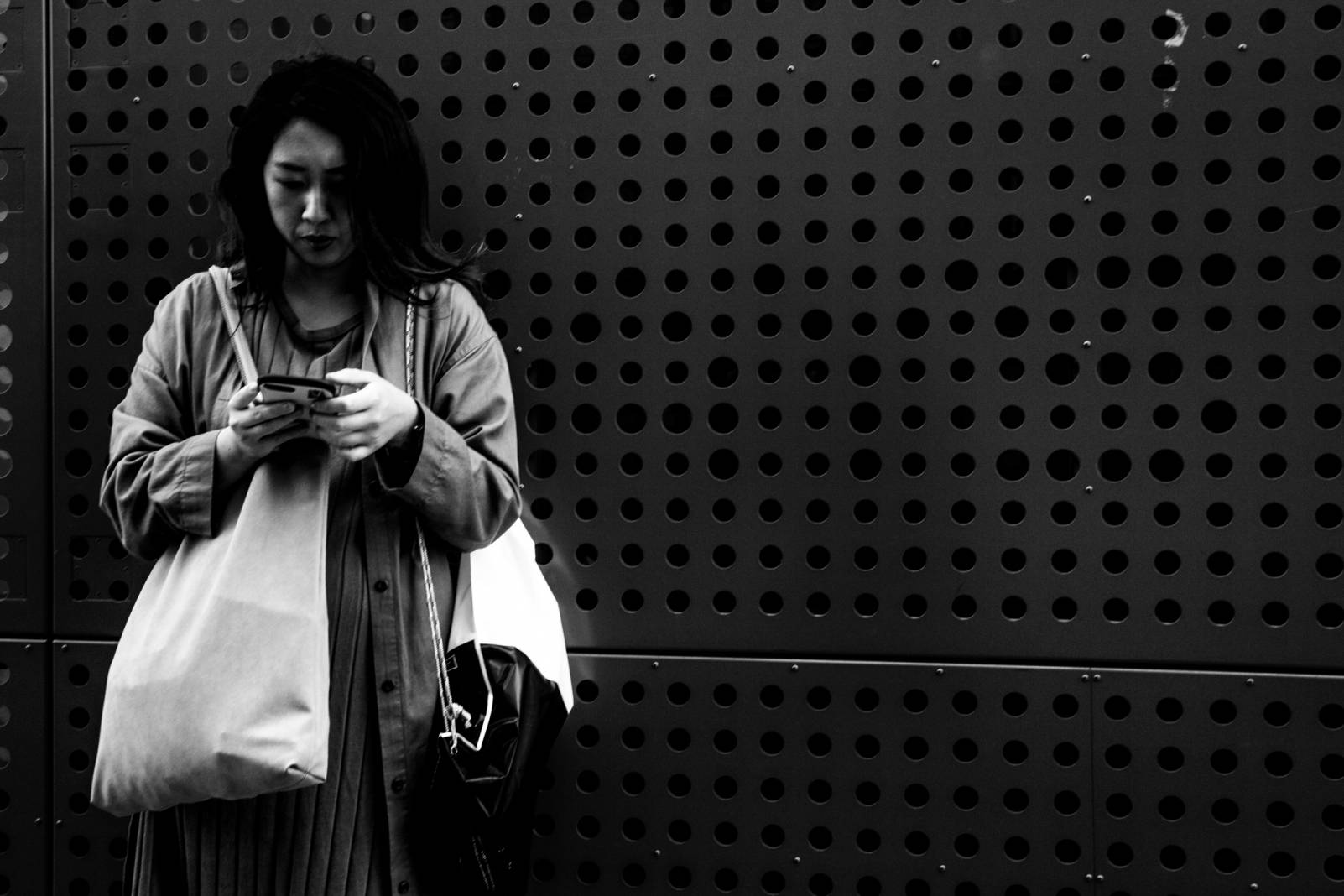 I’m not shy but I did not know what reaction the inhabitants of Tokyo could have in photographic shots often made a few inches from the face (with 16mm). For me, a photographer who works in a Studio doing portrait, fashion and artistic projects, photography is essentially a non-hidden relationship with individuals. And even when I’m on the road, my interest is focused on human beings, on their looks lost in the void or towards the photographic lens.

I took pictures at all hours of the day and especially at night. Between Kabukichō (Tokyo’s red light district), Shinjuku, Omotesando and Shibuya, the epicentres of luxury, Ginza and Roppongi. The eastern cities, in some ways like the historic Italian cities, have layers, levels, that tell about the village that they were up to the metropolis they are today, all mixed up, melted together. 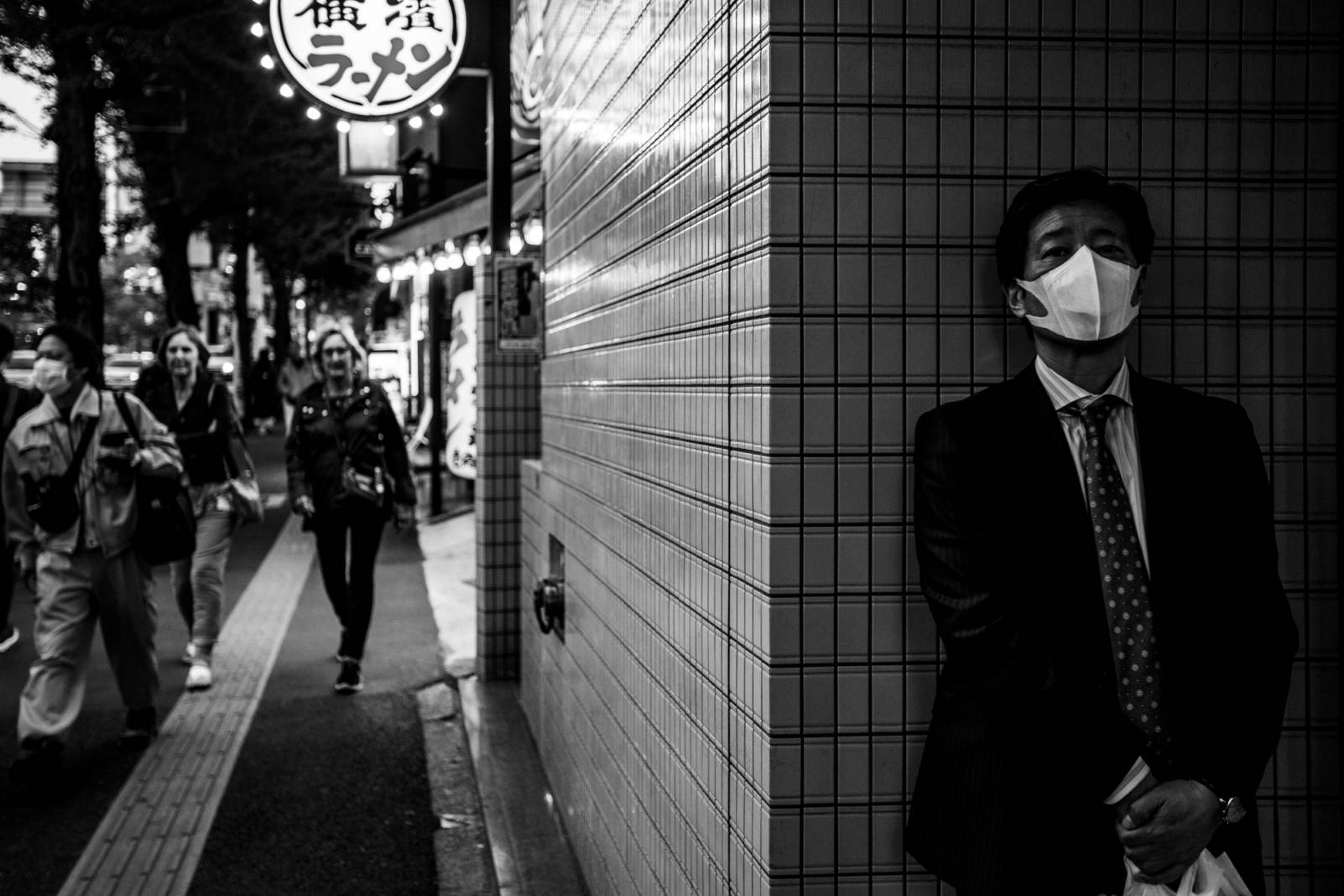 Tokyo, millions of people walking in unison, millions of individuals in a single score, composed of solitary notes, like unique and rare gems. Here’s how Tokyo appeared in my travel days. Gems of rare beauty, cured in appearance, kind and eager to be discovered, brought to light. Perhaps because of the loneliness that grips them, perhaps for a rhythm that never stops, every moment you can penetrate their world, through a photographic shot, you always find a direct link to their soul.

In a Western world, people are always ready to take a selfie but frightened and annoyed if someone “tips” on a camera, however, I discovered the Japanese welcomed the idea of being the protagonists of the photo. In the most stolen photos – taken looking for the decisive moment – I never found hostility, sometimes modesty, but never violence or opposition. 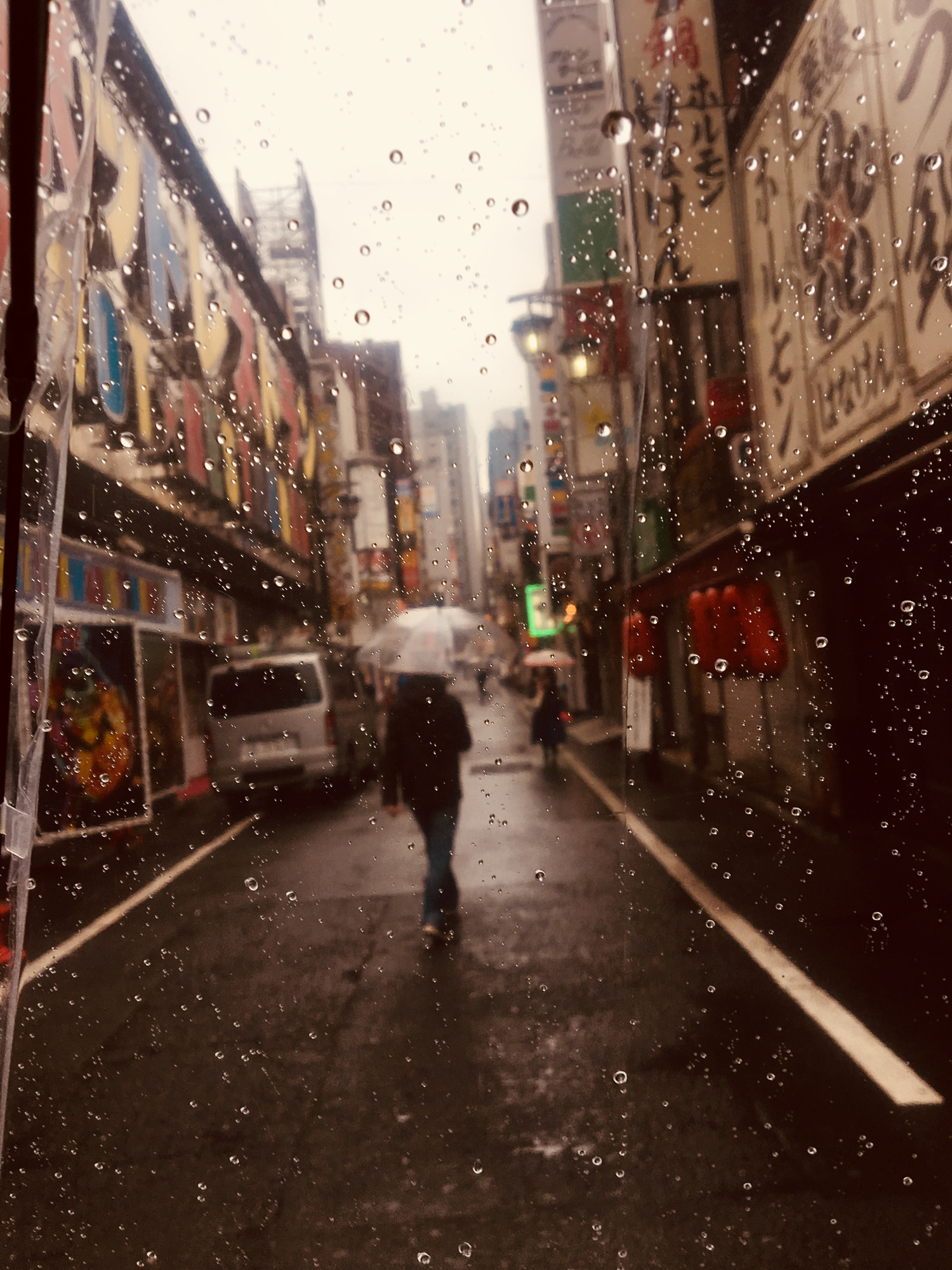 In Tokyo, raising my big and fat camera and pointing it at the subjects, created a bond and not a distance with the subjects of the photos.

Sometimes even in street photography, we must not hide to find the other.

As I have learned in my life as an artist and in my long working sessions in photographic studios, establishing a relationship with the subject, even for a moment, can make the difference. 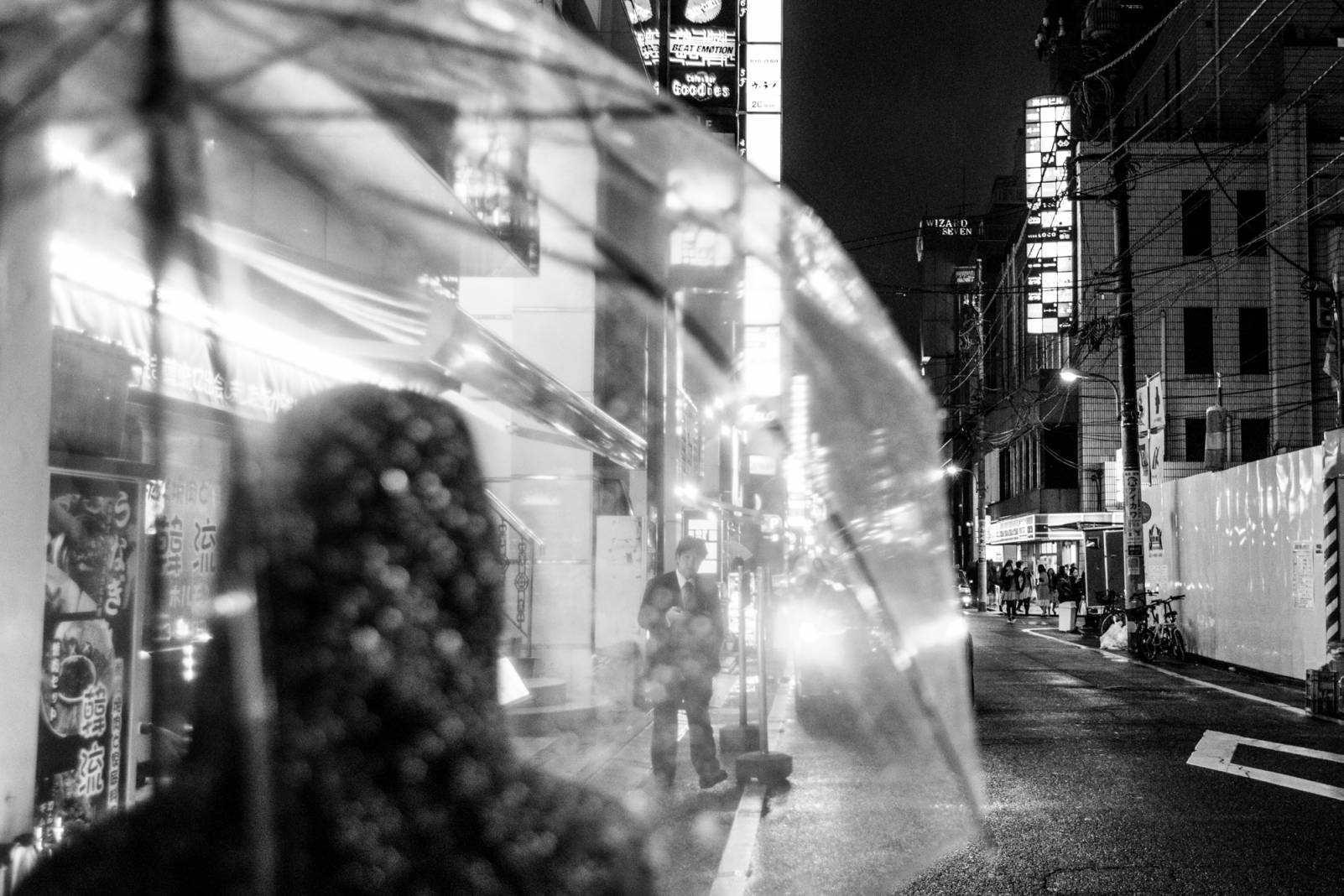 Only the limitations and difficulties help you to grow, as an artist, photographer or man. I used every type of camera, film and digital, polaroid, peel a part, apsc, full frame, medium format, optical bench: each camera offers incredible possibilities but the fences of its limits give you the opportunity to create. This is what the use of my big and fat photographic camera confirmed on those Tokyo nights. 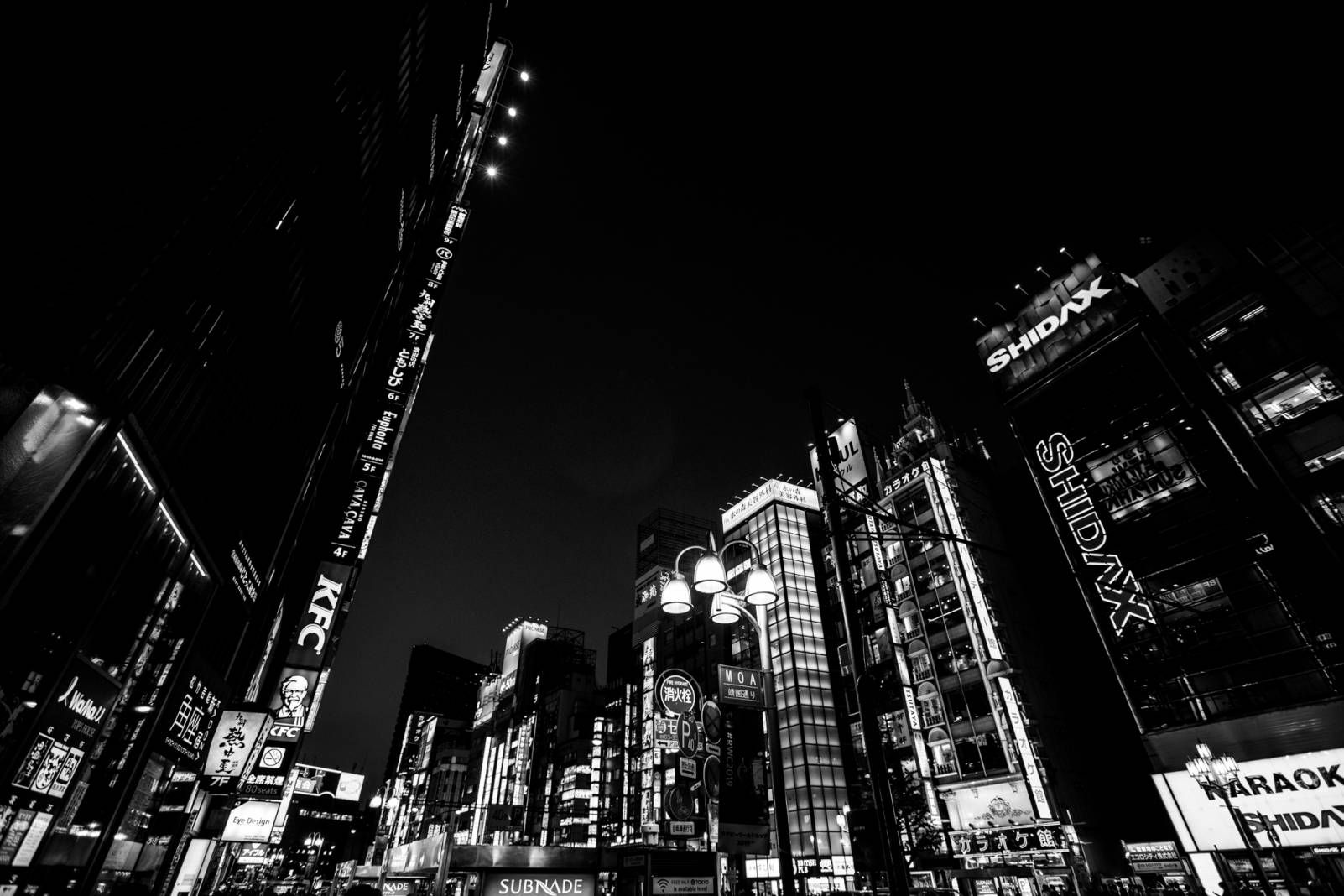 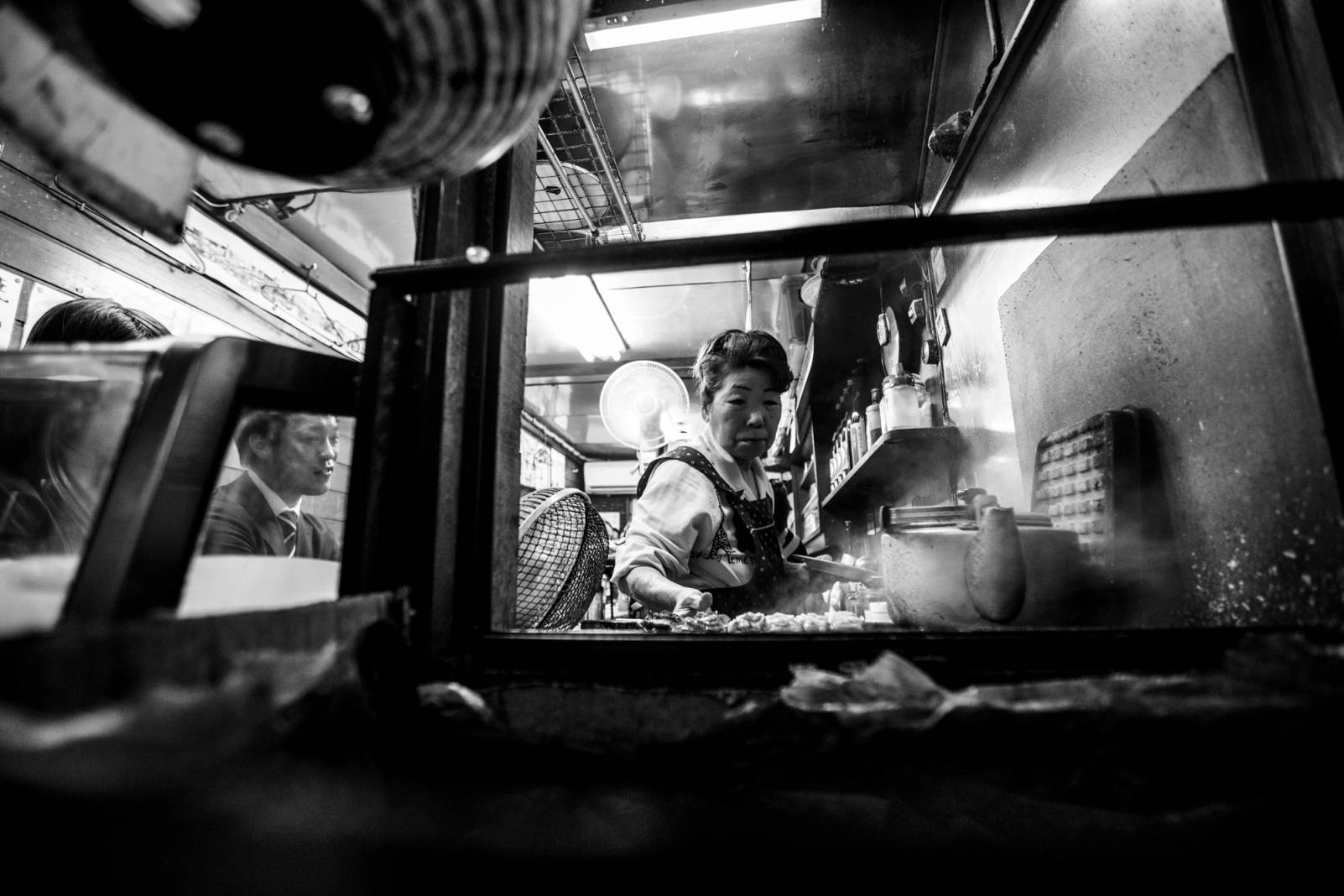 Being children. Being fathers. The creation 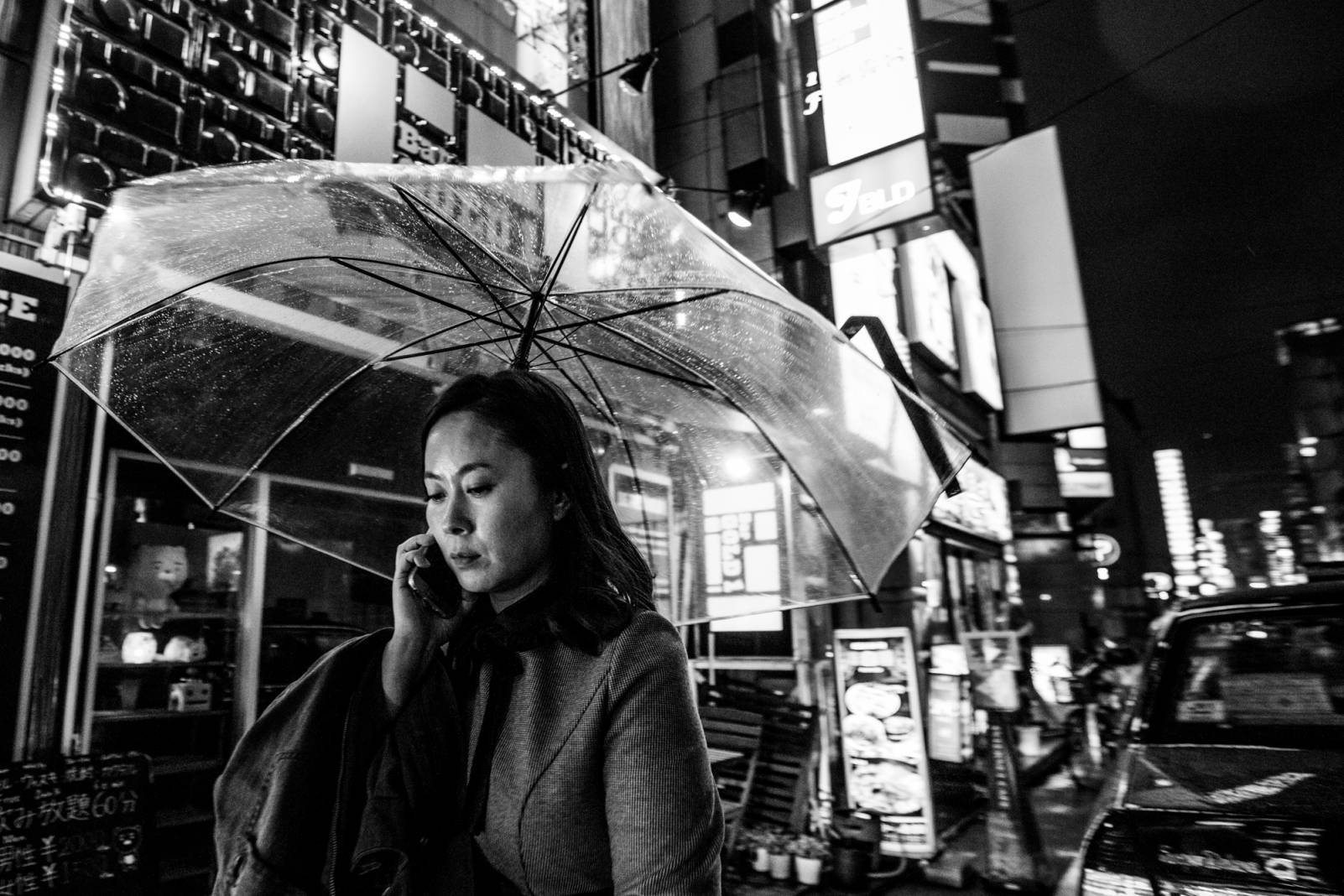 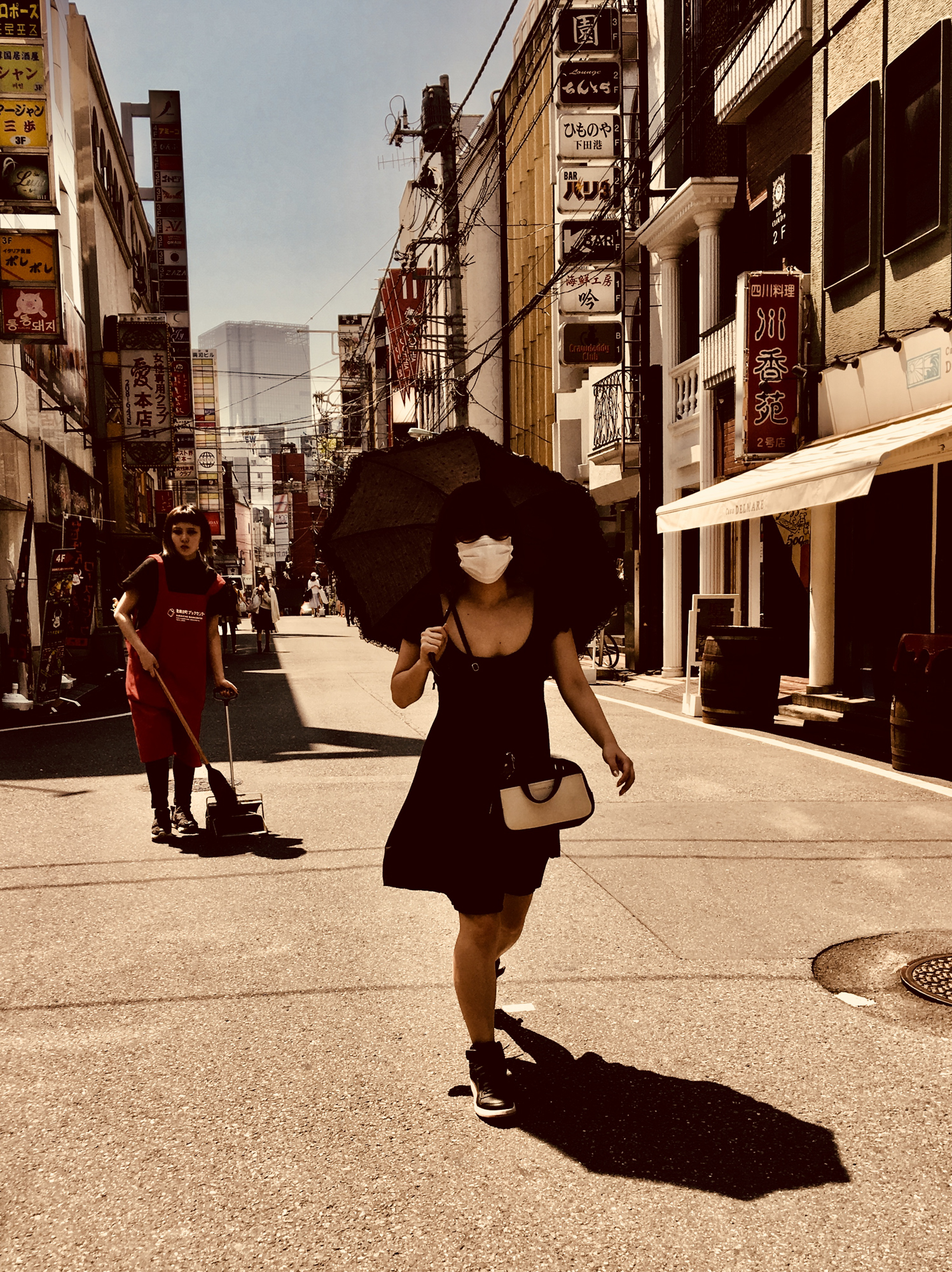 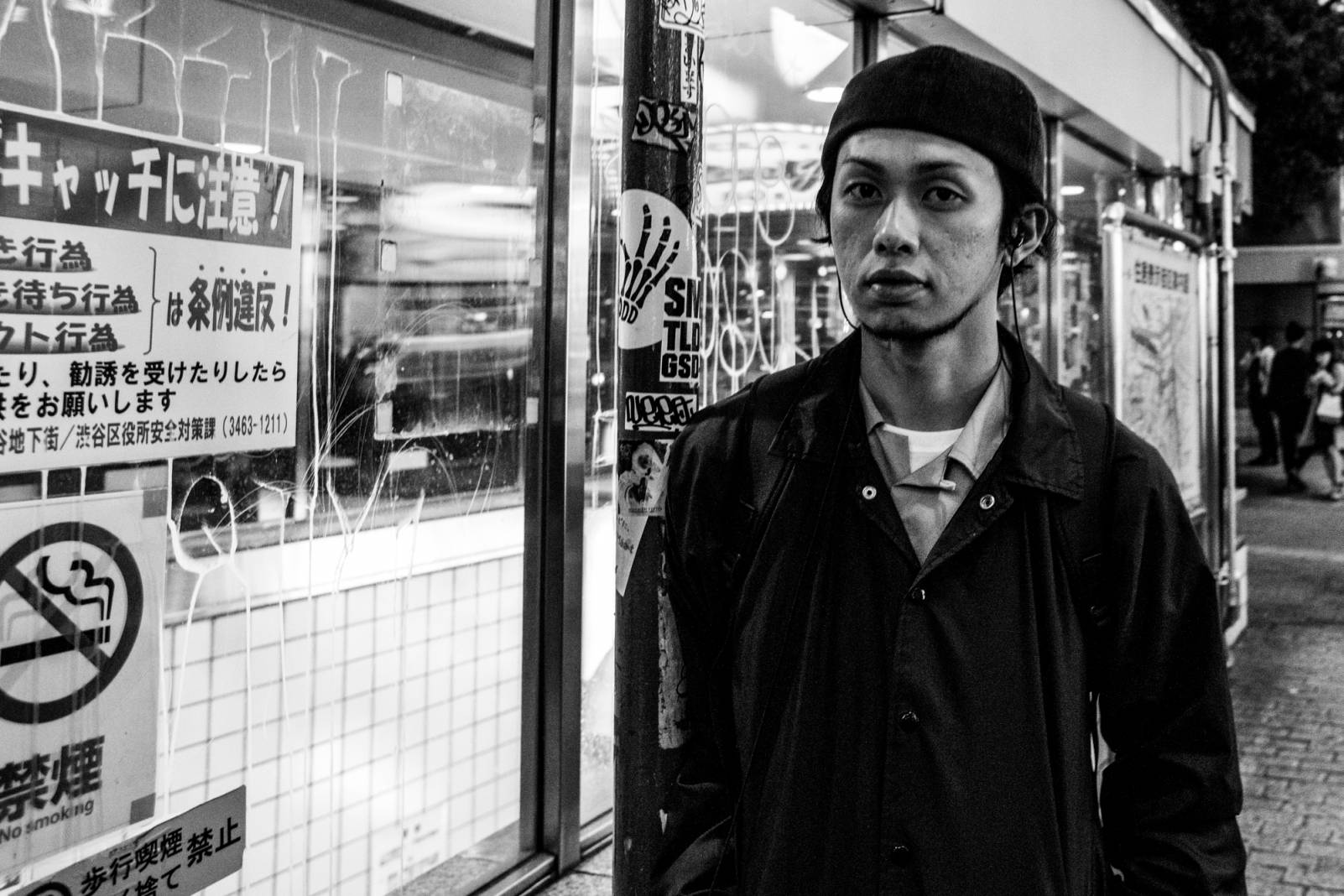