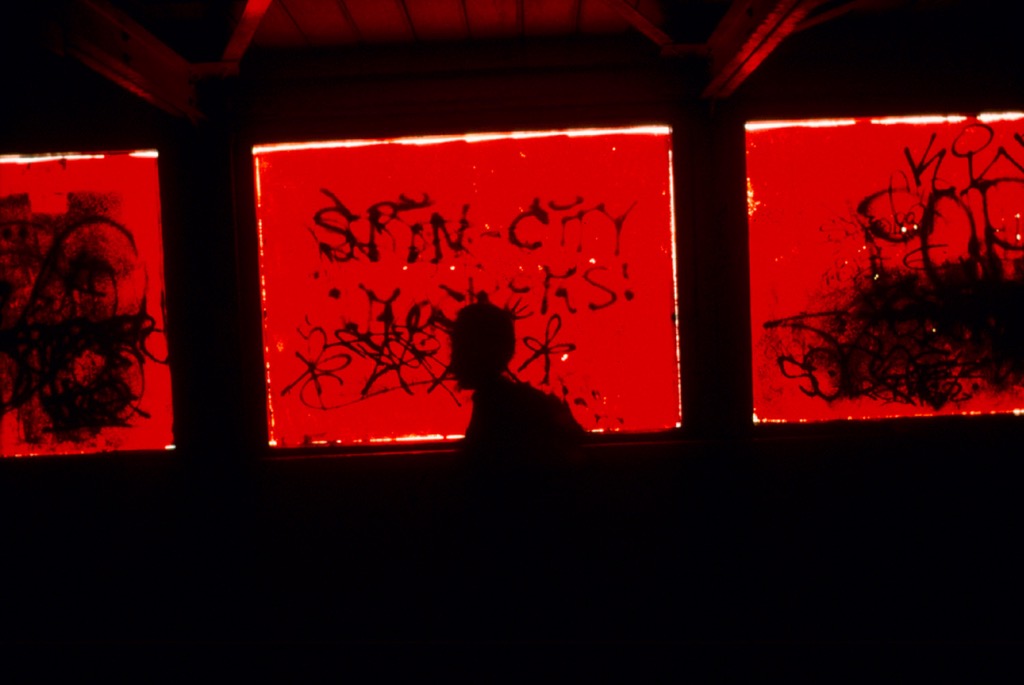 I met up with photographer Lou Jones in his home city of Boston, Mass. at Donna’s, an old-school “Eastie” breakfast-all-day spot where the servers still call you “hon” no matter your age.

The place was packed, and as we tucked into steaming mugs of coffee and healthy portions of eggs, pancakes and home fries, the world beyond fell away as I listened to a true master of the craft talk some street sense into me. 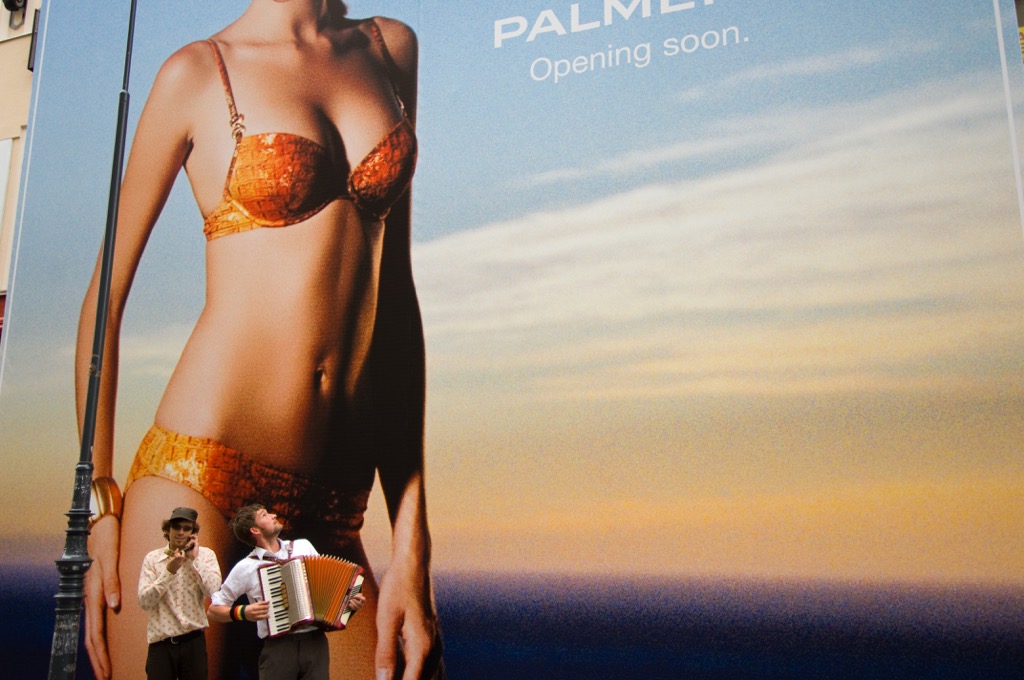 Jones, who was raised in Washington, D.C., earned a physics degree and spent a summer as a NASA rocket scientist. But it was the physics of light that captured his imagination and he has worked as a professional photographer since 1971.

In addition to an impressive list of commercial clients such as IBM, Major League Baseball, Peugot, and National Geographic to name a few, he is also fresh off shooting his 13th straight Olympic Games and has photographed such historic events as the fall of the Berlin Wall and the Million Man March.

Jones said while he loves his work, he realized long ago that success as a commercial photographer wasn’t his end game.

“The commercial work…..it funds my insanity,” he said. 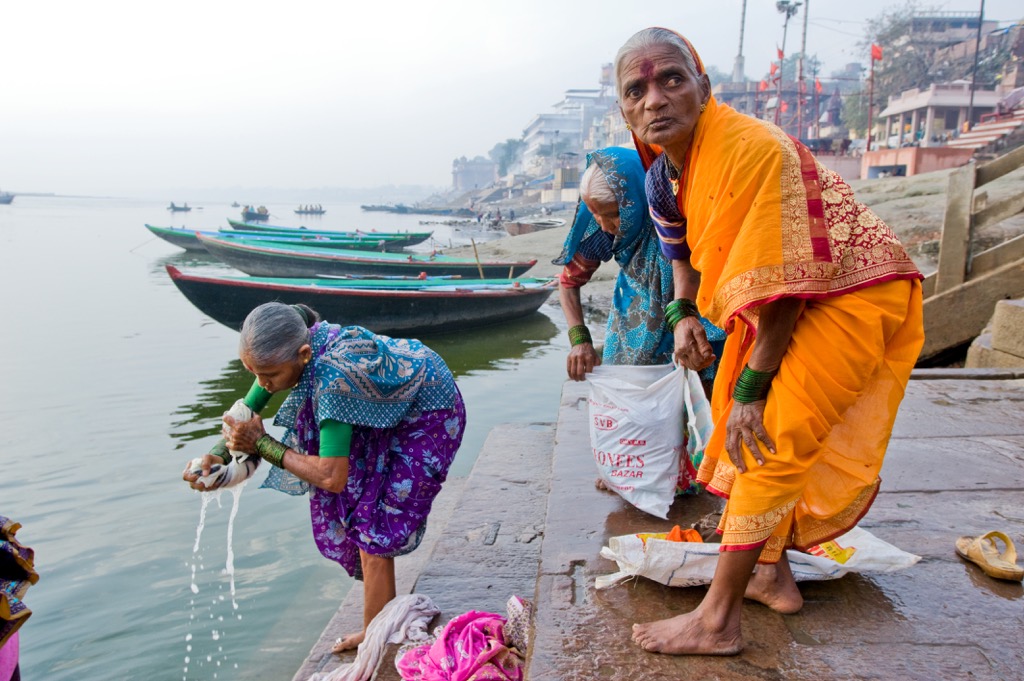 “Is that my legacy?” and “What did I get into photography for?” were questions he asked himself as he began to consider projects that would satisfy a different need than paying the bills. He also asked himself, “How do you find a subject matter that is non-derivative?”

The answer to that last question came rather unexpectedly while Jones was on assignment in Kyoto, Japan. Jones said he was up late, clicked on the television and happened upon a British Broadcasting Company (BBC) documentary called “Fourteen Days in May,” directed by Paul Hamann that recounts the final days before the execution of American Death Row inmate Edward Earl Johnson. He only meant to watch a little television that night, but couldn’t turn the show off. And as he sat in his room in Japan watching a show by the BBC about a huge crisis and controversy in his own country, he knew then what his non-derivative project would be. It was a seminal moment, he said, that led him to spend the next six years photographing death row inmates. 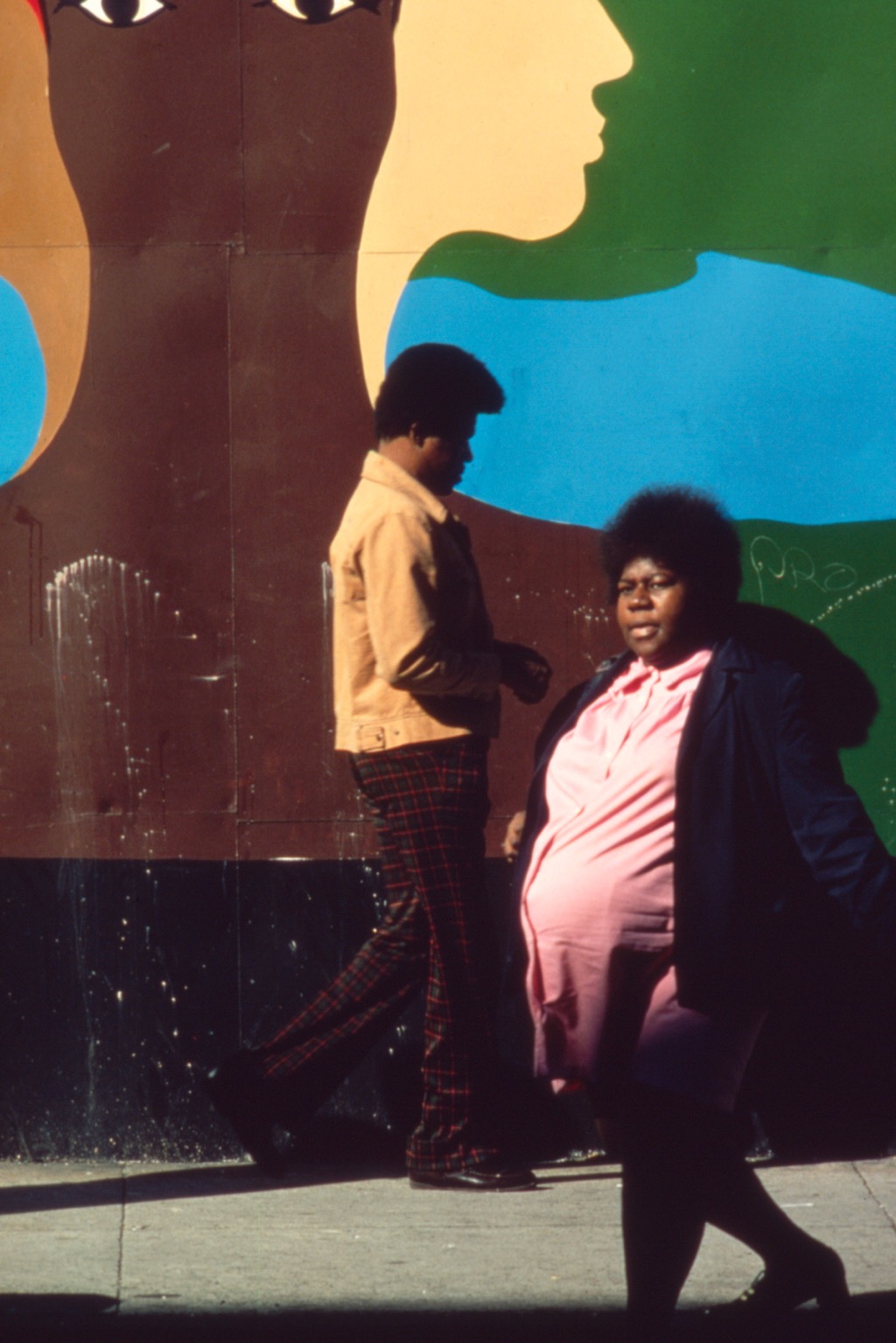 The resulting book, Final Exposure: Portraits from Death Row was published in 1996 and won the Ehrmann Award from Massachusetts Citizens Against the Death Penalty. Jones said he realized, after starting, that the project actually began for him as a teenager when he argued with his father about the death penalty.

“Throughout the Civil Rights movement, the Vietnam War, in college and afterward, it stayed with me,” Jones writes about Final Exposure on his website. “Six years of my life have been devoted to documenting the unseen, unheard stories of an American subculture – people on death row. I wanted to see if art could make a difference. I realized before I began that we don’t have to travel half way around the world to find some unique phenomenon or recently discovered civilization to pique our jaded curiosity.” 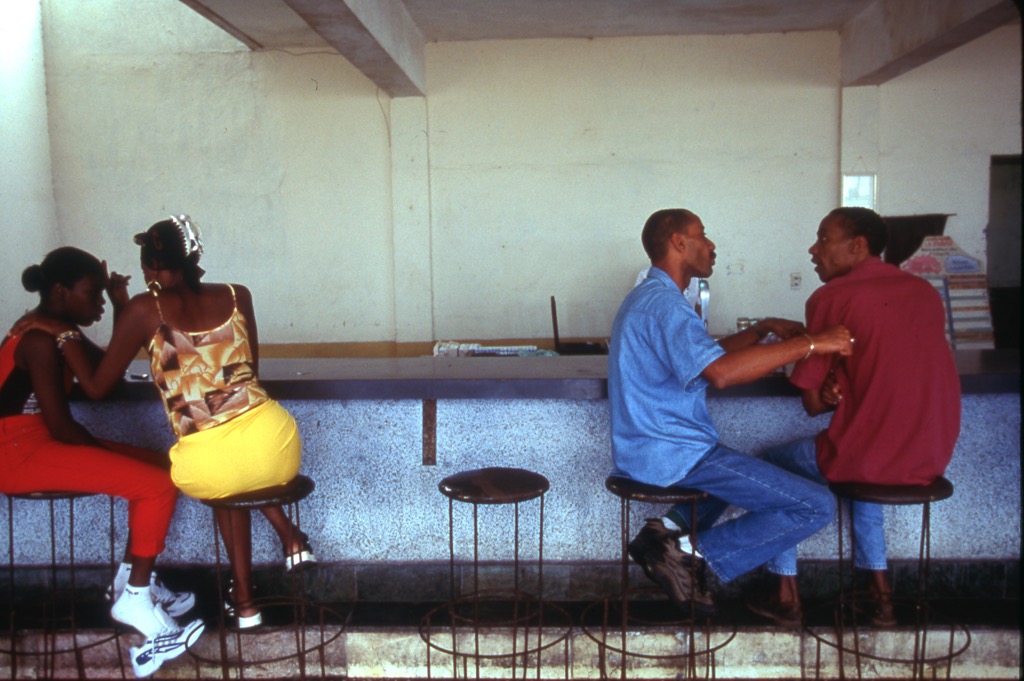 More recently, he founded the panAFRICA project with a mission to create a “contemporary, visual portrait of modern Africa” in the form of an image repository.

From portraying families in their homes, to agriculture & industry, to images of people in love, the panAFRICA project is designed “to mirror up to the current human condition and celebrate life as it is for those living it, and all the love and innovation and balance and ordinary spirit.” 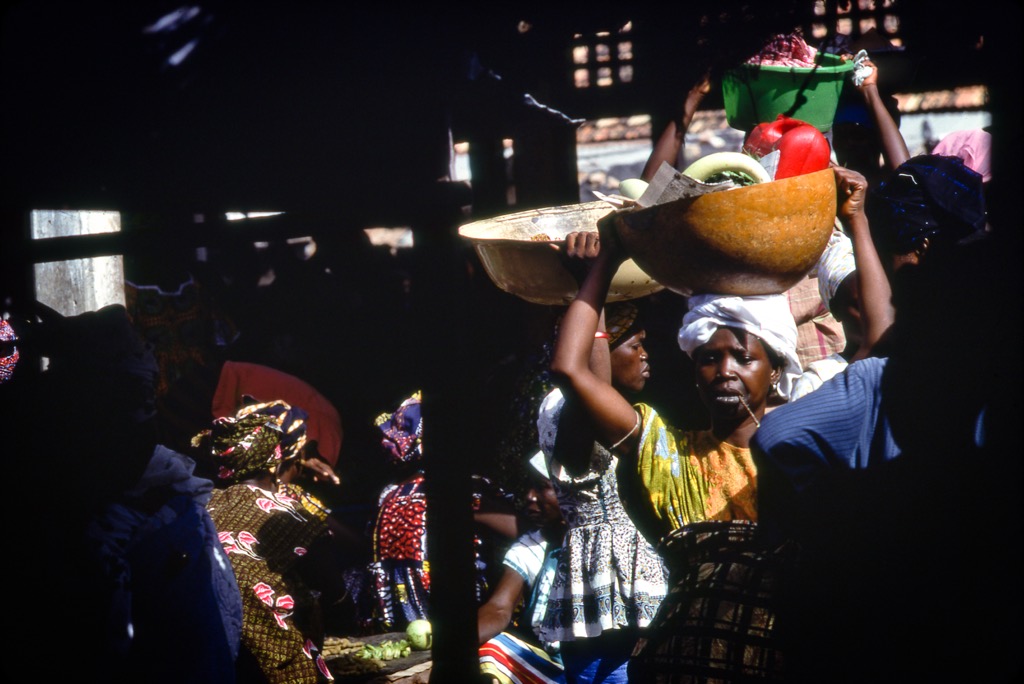 Stay on the Bus

Through his personal projects, travel and teaching, Jones has honed in on a kind of Zen master approach to street photography. He said travel has taught him a lot about how to approach the street, as well as studying the work of the “greats” with the mindset of forging his own path. 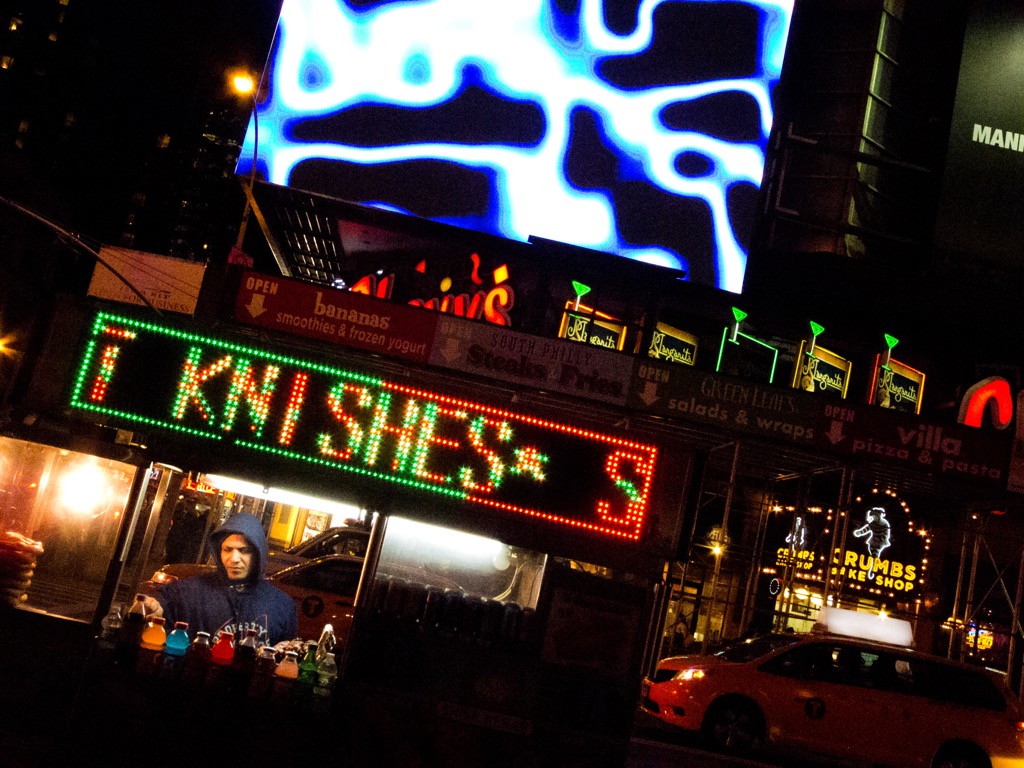 Jones referenced the Arno Rafael Minkkinen Helsinki Bus Terminal theory as a way of thinking about one’s personal trajectory and quest for unique vision that hit home with him. The idea was put forth by U.S.-based Finnish photographer Minkkinen in a 2006 lecture to the graduating class at the New England School of Photography in Boston. The premise is that all the buses leave from the same location but quickly separate. To find our “path,” the trick is to stay the course (“stay on the f*%ing bus” according to Minkkinen) long enough until we find ourselves on a new route all our own. 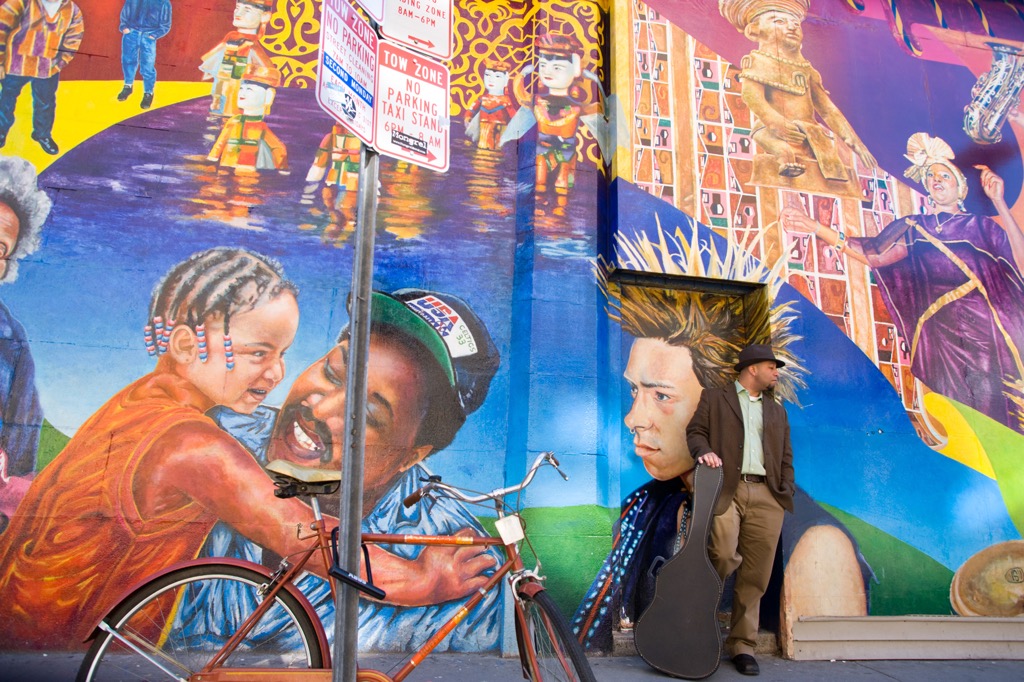 “I was a student of the [street] genre early on but have taken to my own way,” Jones said. “I have done street photography from the very beginning when I started traveling. I probably did much of it in similar fashion to the early practitioners: Cartier-Bresson, Robert Frank and so on, but I became a color photographer going against the grain and have investigated how to make color its own entity.

He added, “I have Ernst Haas, Pete Turner and Jay Maisel to thank for that.

Over the years, Jones has endured plenty throughout his professional career and while shooting street scenes. 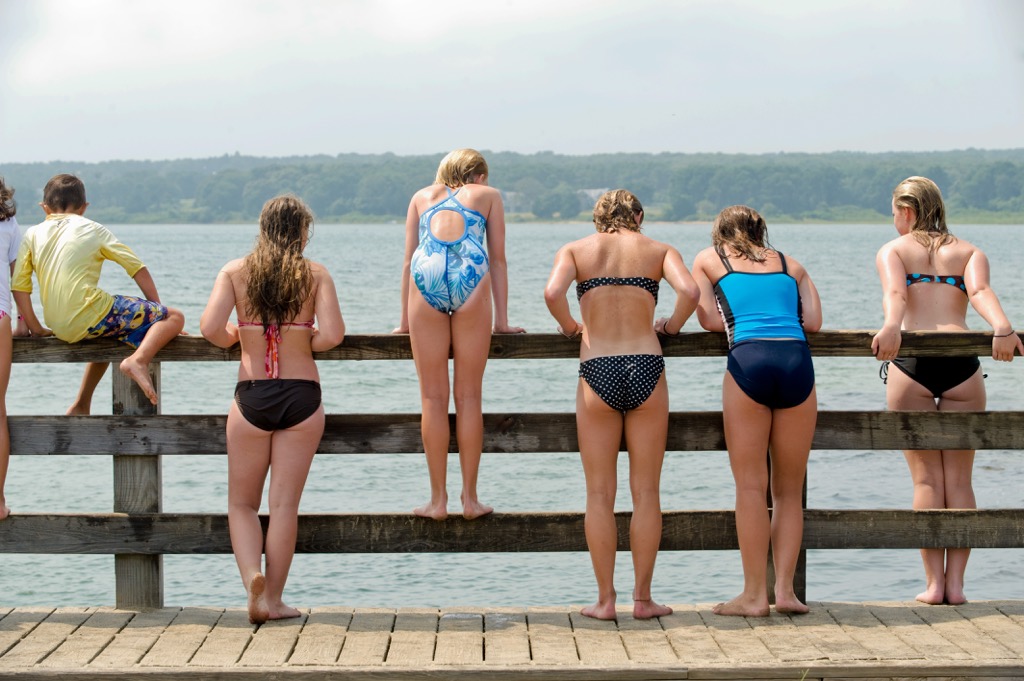 “I have endured all kinds of physical and psychological abuse and verbal abuse throughout my career,” Jones said. “It goes with the territory of being one, black; two, a photographer; and three, bold. It has often resulted in very bad dust-ups but I’m still here.

During a commercial project with a street element, Jones photographed the construction workers building Millenium Tower in Boston. The workers did not like a camera on them and responded with relentless vile towards Jones, including racial slurs and obscenities. 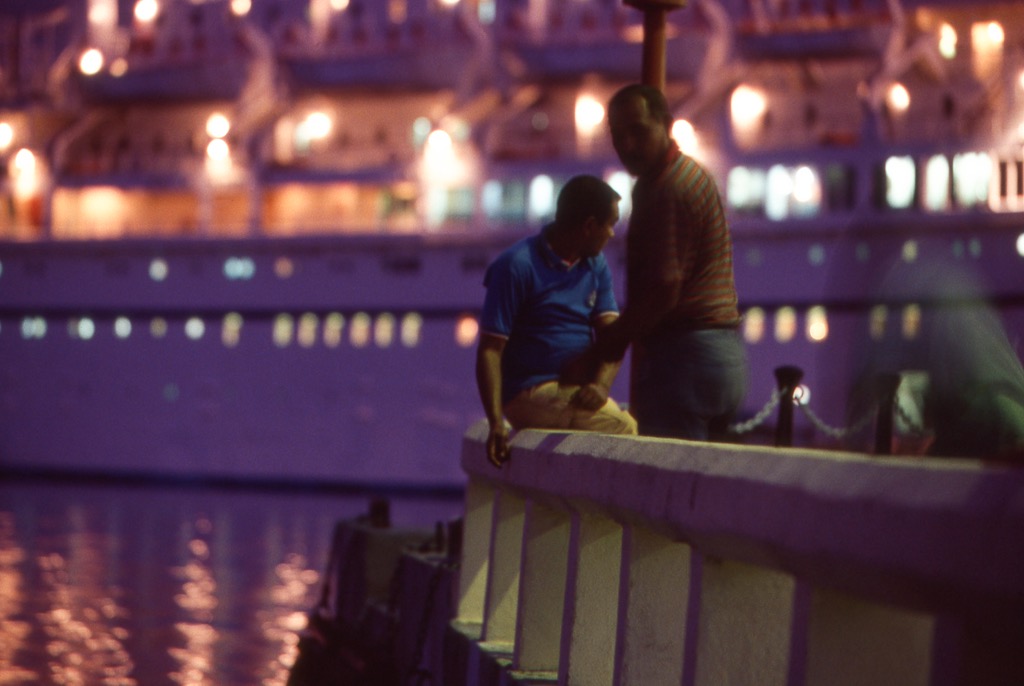 “It was somewhat expected,” Jones said. “They are not an easy bunch and most photography can get them in trouble. My thought process was that I could wear them down or through just being on the site a lot I could get some pictures. After seeing me constantly in the cold, heat, rain and snow they realized I wasn’t going anywhere. They got used to me once they started seeing themselves on the website and Facebook, many of them came around. I think I earned real “street cred” by suffering the conditions they did and they were also very cognizant of my going up on steel and climbing onto the crane and hanging from precarious places. That made a lot of difference.”

That boldness is critical, Jones said. Boldness and respect.

“Street photography has a lot to do with attitude and exhibiting non-threatening behavior,” Jones said.

“Don’t be embarrassed by your own activity.”

The ability to make good street photographs can be affected by everything from your attitude to your clothing, he said. 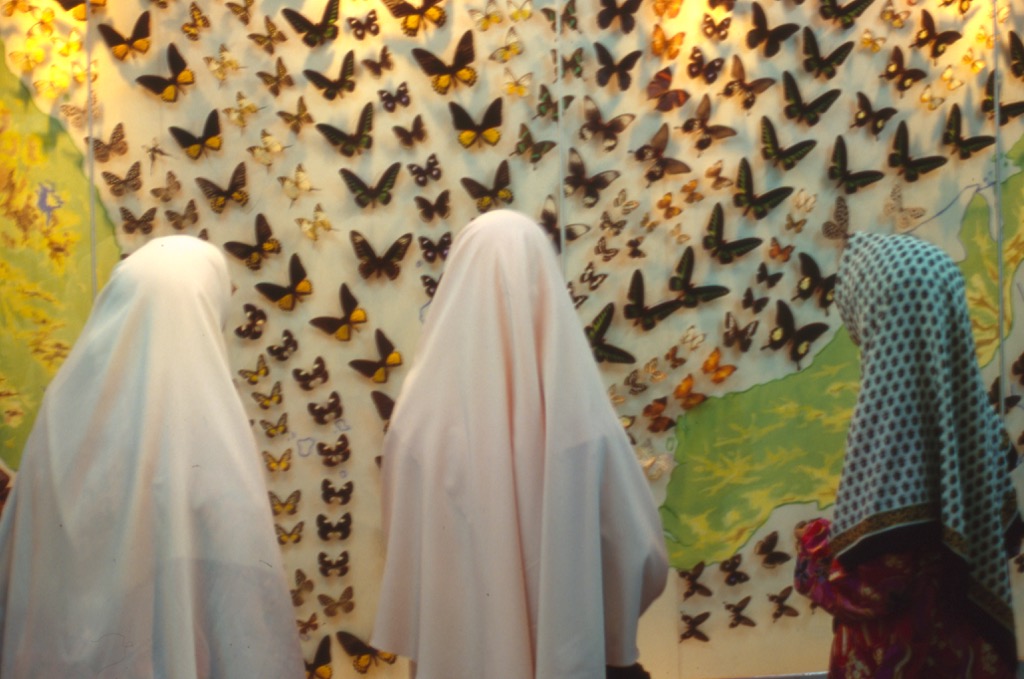 As we met in Boston, Jones had just returned (very early) that morning from teaching a workshop at New York’s PhotoPlus Expo on his “Road Warrior” concept. Jones’ workshops on the subject are designed to help photographers who love to travel avoid overly romantic expectations, assimilate into an alien culture, earn money through travel photography, make solid connections with locals and get the maximum benefit from limited equipment, among other well-tested advice.

In his free eBook of the same name, available HERE, Jones writes, “Road Warriors exist on the fringe, traveling light and fast, making their own rules, living by their wits, guts and imagination and never stop learning. At the same time they appreciate and absorb divergent mores, protocols, traditions and laws, to better investigate and insinuate themselves into foreign situations, to take better photographs.” 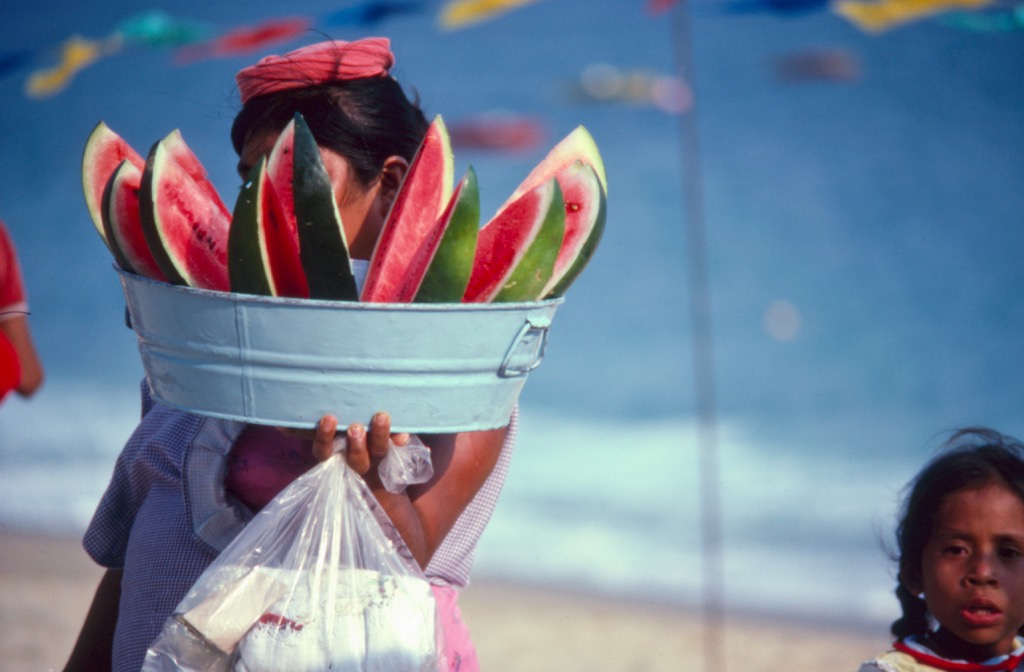 As the breakfast crowd at Donna’s cleared out and our server gave us one last coffee warm-up, I asked Jones for a final bit of advice on how to approach the street.

If street photography is, in fact, a Zen-like practice what does that look like?

“Move glacially,” he said. “Become part of the wall.”

Then he added, “Some people’s idea of being a Road Warrior is traveling to serene locations with beautiful landscapes. Not me. My dream is rush hour on the Tokyo subway.”

Learn more about Lou Jones and his work at http://fotojones.com. 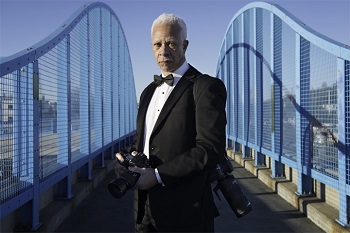 Lou Jones’ eclectic career has evolved from commercial to the personal. It has spanned every format, film type, artistic movement and technological change. He maintains a studio in Boston, Massachusetts and has photographed for Fortune 500 corporations, international companies and local small businesses including Federal Express, Nike and the Barr Foundation; completed assignments for magazines and publishers all over the world such as Time/Life, National Geographic and Paris Match; initiated long term projects on the civil wars in Central America, death row, Olympics Games and pregnancy; and published multiple books.

Jones has served on the boards of directors of numerous photographic associations, societies, and museums such as the American Society of Media Photographers, Photographic Resource Center and the Griffin Museum of Photography. He helped found the school Center for Digital Imaging Arts of Boston University and conceived the prestigious Griffin Museum’s annual Focus Awards.

For his photography, Jones has been awarded many accolades from organizations like Communication Arts Magazine, Art Directors Club of Boston, Travel Photographer of the Year and International Photographic Council (United Nations). Nikon recognizes Jones as a “Legend Behind the Lens” and Lowepro has honored him as a “Champion”.