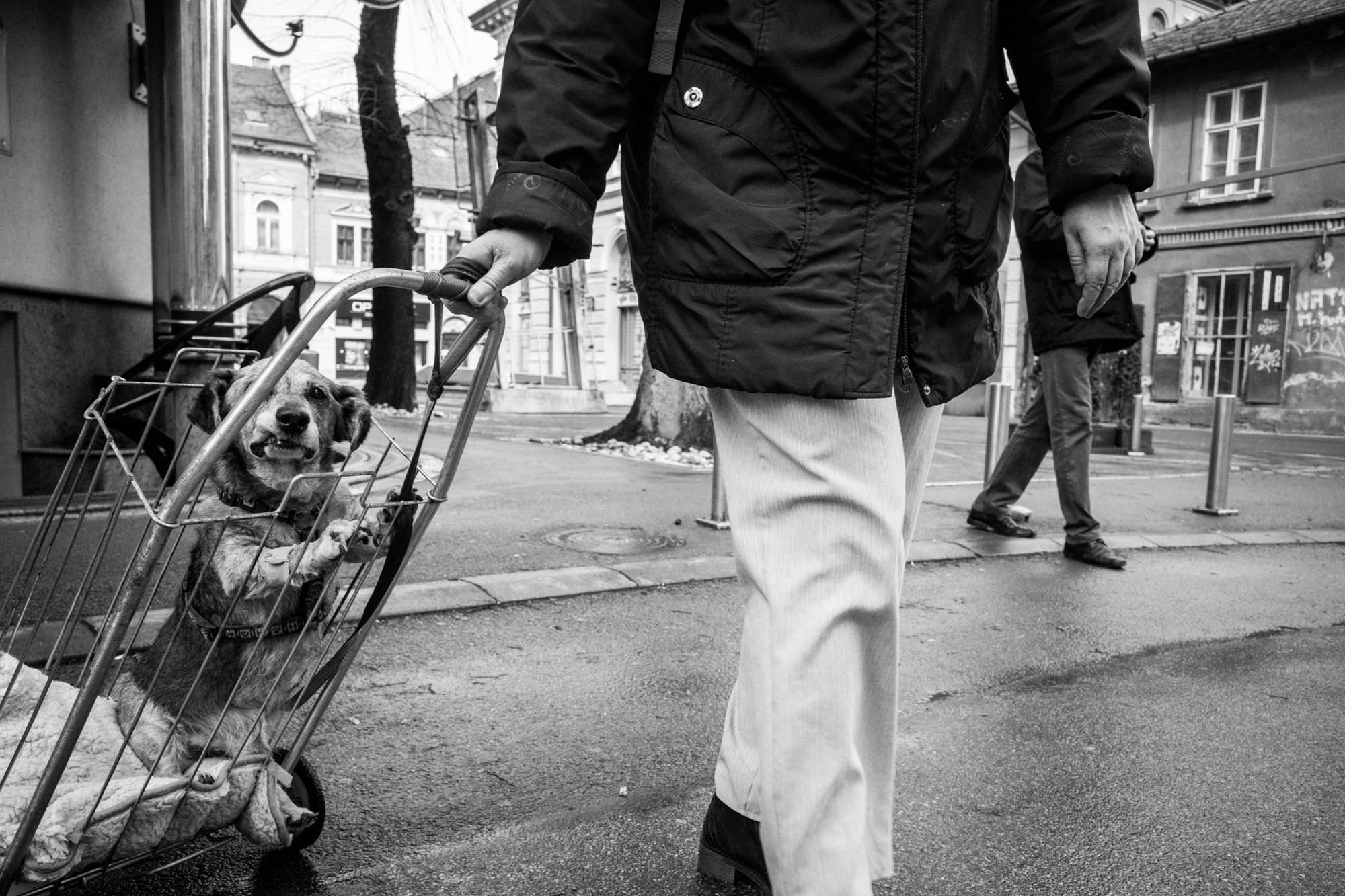 When I first got into street photography, the work that I saw was from amazing street photographers, such as Vladimir Milivojević (Boogie), Jeff Mermelstein, Bruce Gilden, Alex Webb, Suzanne Stein etc. They were all taking images in the world’s biggest cities, like New York City and other large urban hubs of activity. So, I was like, “Ok, my hometown is ten or a hundred times smaller compared to New York City, but I will try.”

At first, I was really having problems, even just to motivate myself to shoot anything. I noticed that everywhere I went or moved, I would see someone that I know from somewhere. When you are living in a small place like mine, eventually everyone knows everyone and it can really be a bummer if you are into street photography.

Finding a way to go unnoticed, gain confidence, and take images that weren’t terrible and qualified as street photographs were huge challenges when I started. That said, a bit of luck was on my side, because in October 2019 I was able to buy myself a gift: a Ricoh GR III. With this small and silent, ninja-like camera I started improving my shots.

My improvement wasn’t because of the camera’s performance and capability (don’t get me wrong, but in my opinion these days you can use any camera you want to make good shots.). For me, it is more about the camera as a tool that you are working with. In my case, I think it was a psychological problem, because the camera was so small people eventually didn’t notice me that often anymore. That helped me gain a lot of confidence to be honest and said to myself, “Ok, Nemanja, this is not New York that I live in, but it is my little New York and I love everything in it! It’s my own “Little Saturday””.

At first, I didn’t know where I was going with my images, what kind of a project I wanted to work on, what would it mean to me to other people, what or who I was going to represent. Would it be good if I took images only of people, women, men, dogs, tattoos, legs or something else? At that moment I really didn’t know, so I shot everything. Then, eventually when I was gathering images and looking at them on my computer, I realised that maybe I had something interesting after all. I decided to officially start my project and named it, “Little Saturday.” Now I knew it was going to be about my hometown, and its everyday life.

Now I’m on a mission, or a hunt for decisive moments and interesting situations. The funny thing about small places is that you can eventually know every corner in your neighbourhood, all of the streets and roads, etc., but then sometimes a time and place chooses you, just you and you see something new and different at the same corner, street, or neighbourhood that you thought you knew so well. That is the most thrilling part about small places!

So now, sometimes I visit the same area at a different time, or I wait longer so that something or someone new shows up. My camera is always with me, and this will sound funny, but sometimes I even catch myself keeping it with me while I’m at home in my bathroom. You never know what can happen if we are talking about street photography, and we have to be prepared no matter what if we want to take a good picture. There was one day that I didn’t have my camera with me, I think it was because of the bad weather. God, it was so overwhelming I can’t even describe it! People here, dogs there, it was a busy day, I had all these images in my head and could see how cool it would be to shoot the scenes, but it wasn’t my lucky day. I learned a lesson then, never ever go without your camera!

My techniques aren’t really special, I just love that my settings are set to “set it and forget it” mode and just enjoy shooting while I’m doing my thing. My approach is sometimes funny, because when I see some kind of a situation where I have to interact with a subject, which I rarely do, I pretend that I’m a tourist who needs instruction. For example, I’ll say, “Excuse me, would you be kind enough to tell me where the post office is?”. It works great for now!

My project is definitely an ongoing project, because no matter where we live around every corner there is always something new or different waiting to be photographed and that is where the thrill kicks in. There is one thing that is bothering me though. It’s when to end a project like this. I will find the answer soon enough, I hope! Other than my current project, I’m also photographing my hometown’s graveyards. My father passed away last year so I’m visiting his grave very often and have seen some interesting things out there. But more about that project when the times come.