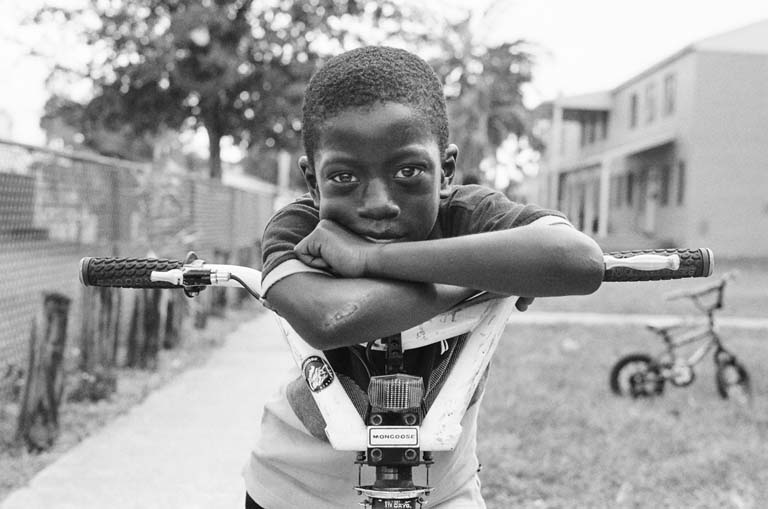 Liberty Square is a 753 unit housing project in Miami’s Dade County.  Constructed and opened in the mid 1930’s, Liberty Square was the first public housing development for African Americans in southern America.  According to elderly residents it was a perfect place to live: there was little crime, people would leave their doors unlocked and windows open, and residents were content.  In 1980, Liberty City (Liberty Square’s larger neighborhood) erupted in flames.  Arthur McDuffie, a black insurance broker, was beaten to death by police officers after running a red light.  The officers were acquitted, sparking riots that ended in $100 million worth of damage.  More devastating was the human cost when eighteen people died as a result. 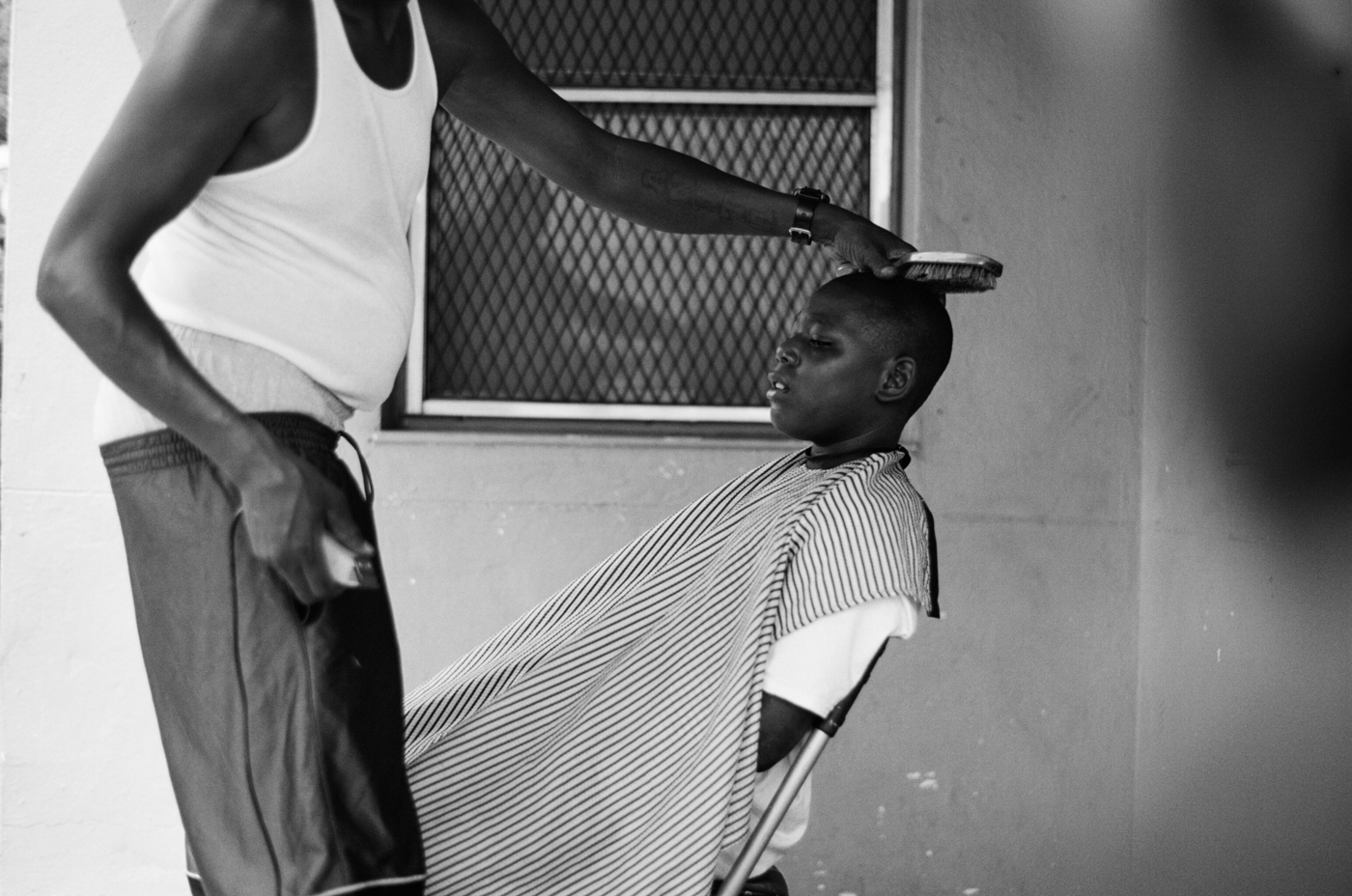 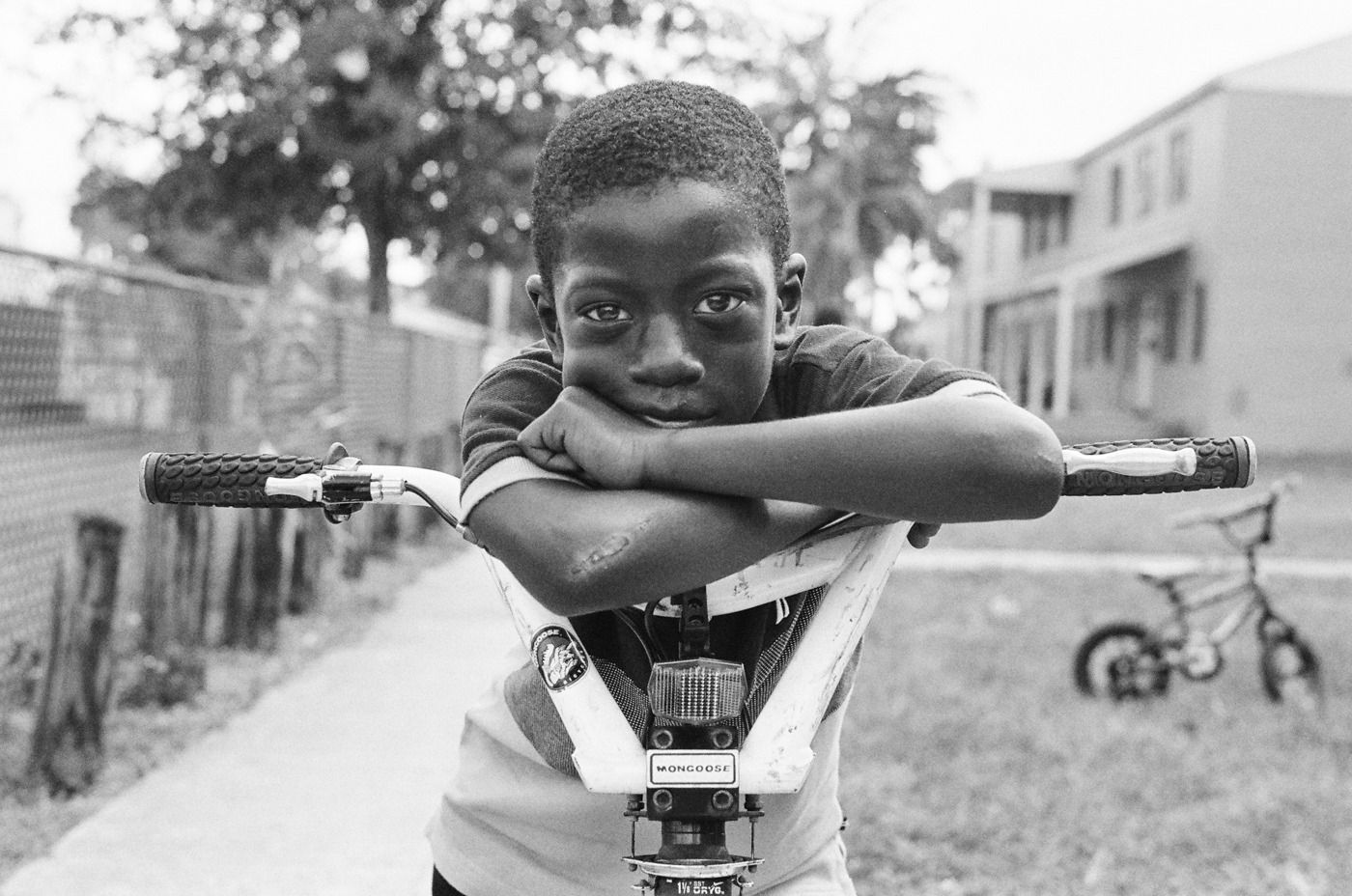 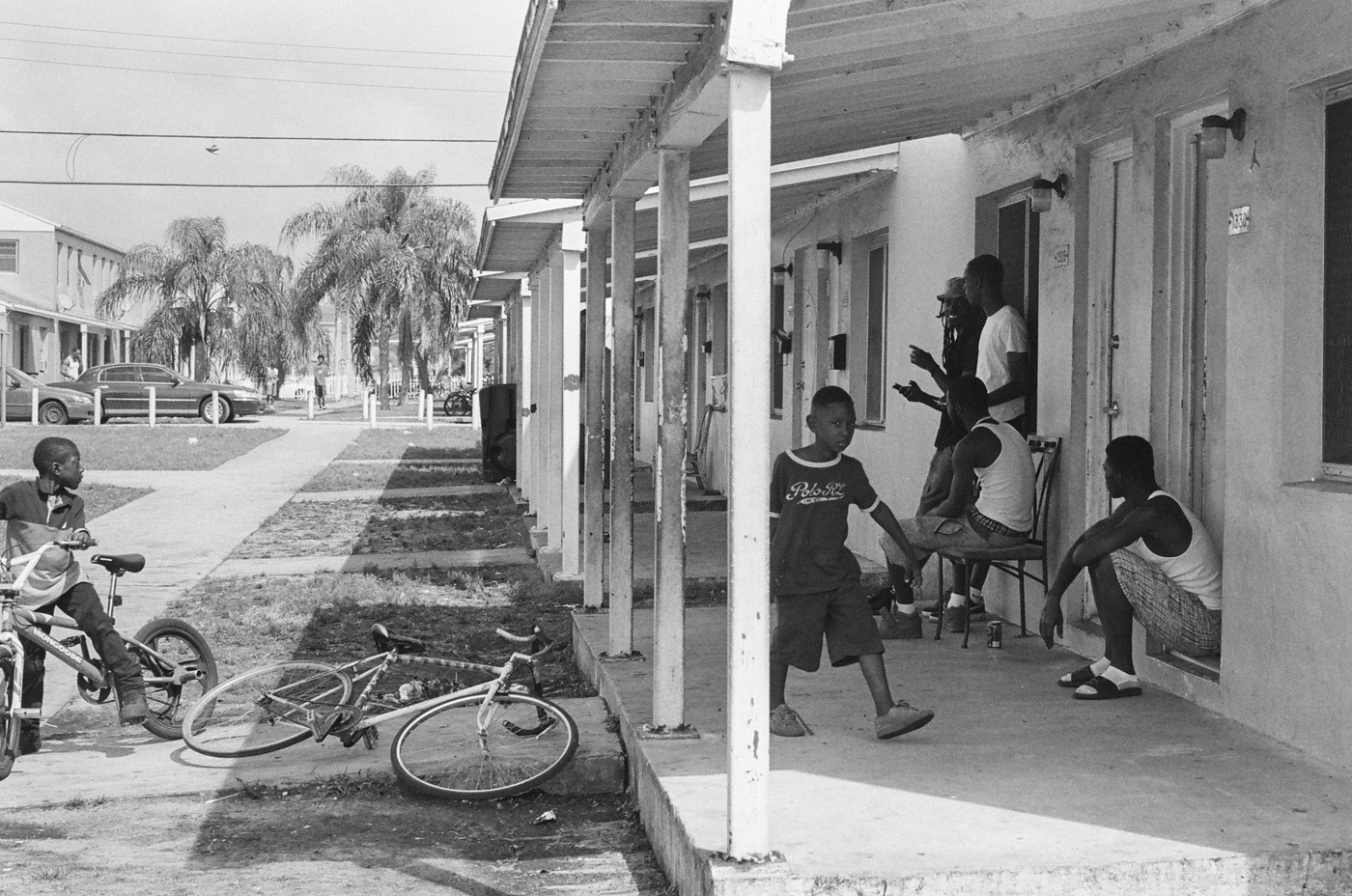 Today, Liberty Square is ridden with gangs that inflict violence throughout the neighborhood.  Unlike large street gangs, most of the gangs that exist within Liberty Square are small, making it difficult to track their movement and activity.  Shootings are common, striking fear in most residents living within the housing project.  Victims are not all gang members.  The collateral damage ranges from children, to women, and even religious community leaders.  Innocent victims caught in the crossfire.  For municipal governing forces, gun violence is out of hand and officials are struggling for an effective answer. 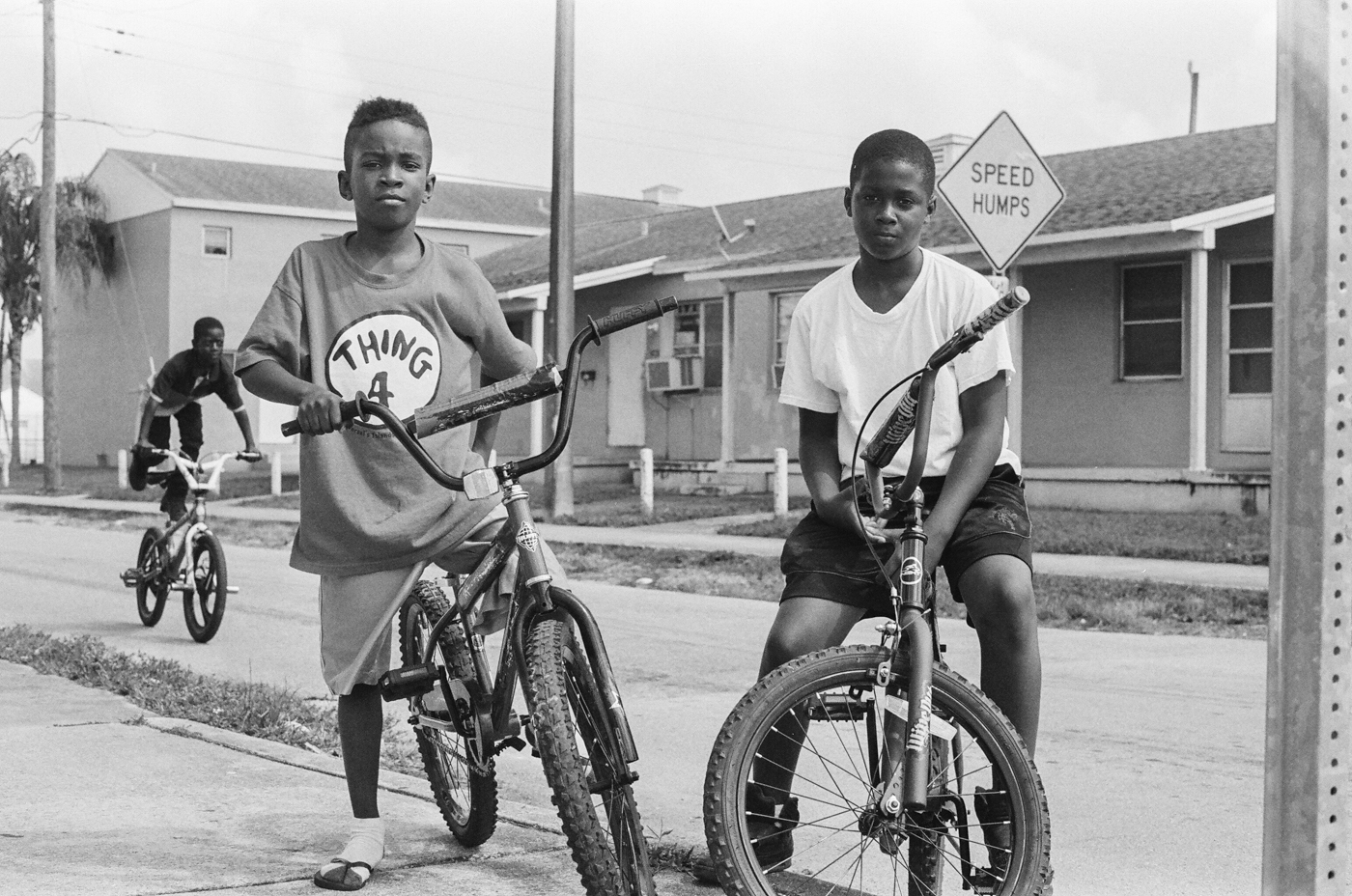 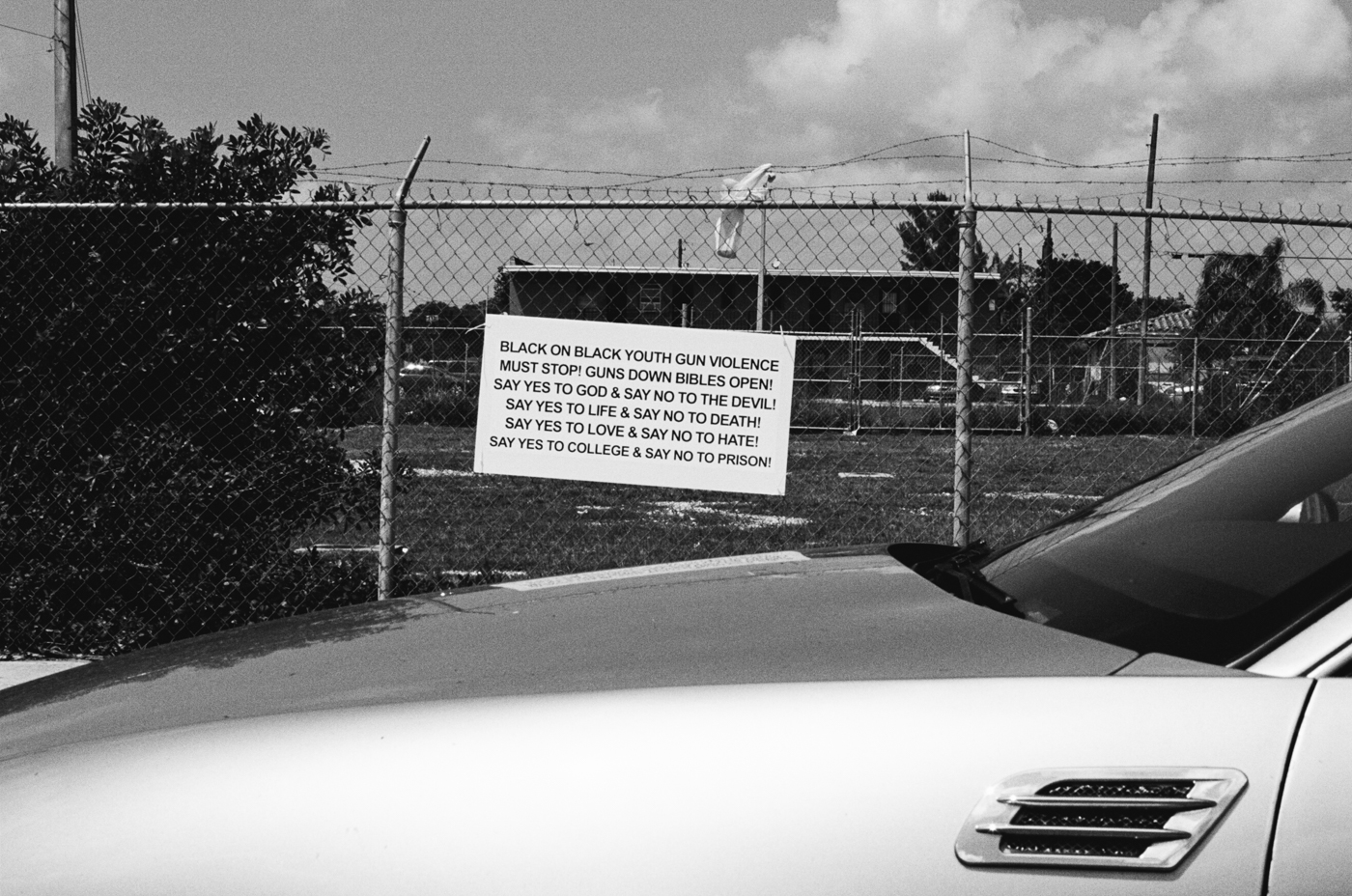 There has been talk of rebuilding the community, allocating money to struggling residents, and injecting one hundred more police officers into the area.  Rebuilding the community is difficult.  In theory, the government would find temporary housing for locals, reconstruct the area, and then return everyone.  The catch is that only the residents that are in “good standing” are welcome back.  Essentially, this is a weeding process.  Whoever is not in “good standing” with the housing authority ends up displaced. 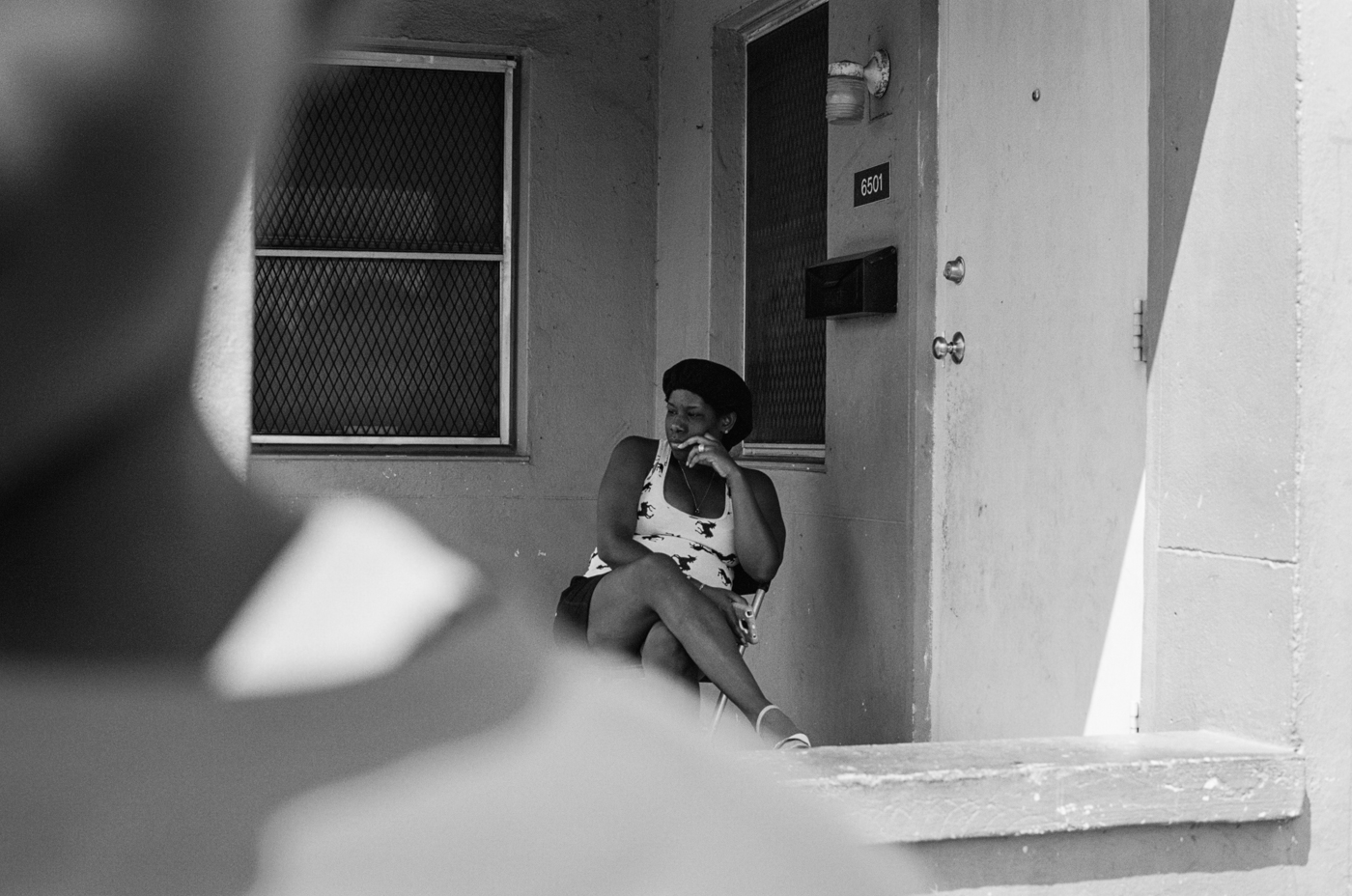 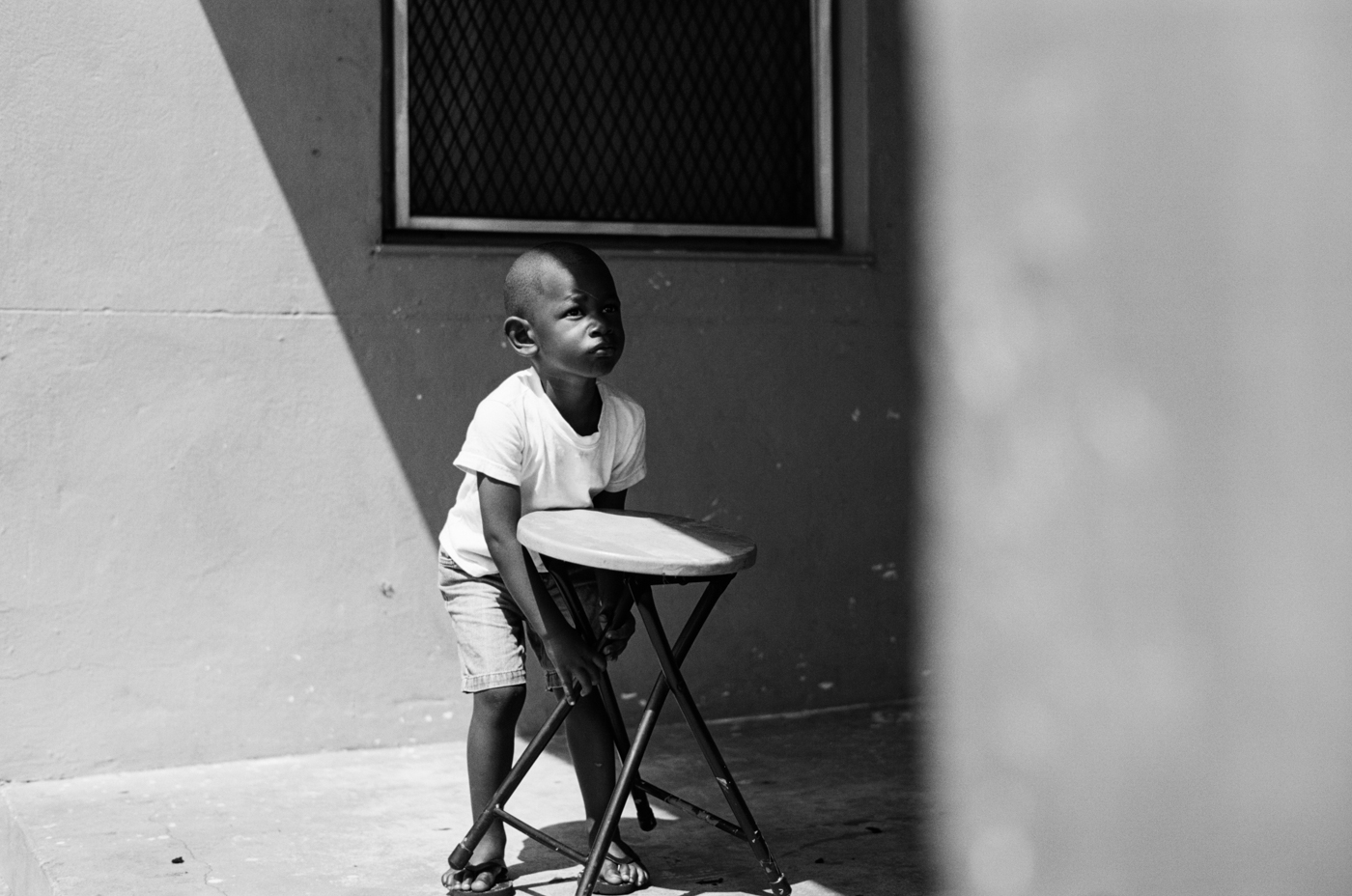 A similar effort was made in 2000 when a housing project at NW 22 Ave. and 75th St. was demolished.  1,150 people were promised new homes and first dibs on the reconstructed properties.  No one was relocated.  Instead, the government offered Section 8 vouchers for subsidization of new homes.  A scandal within the housing authority left former residents on their own for a decade.  Finally, the new apartments were completed in 2012.  Those that still wanted to move into the new units were forced to provide documentation of paying rent on time, zero criminal records, and no evictions.  Most of the 247 updated apartments are not occupied by the same people who originally occupied them.  Many never made it back.  It is a reasonable concern that something similar would happen to Liberty Square. 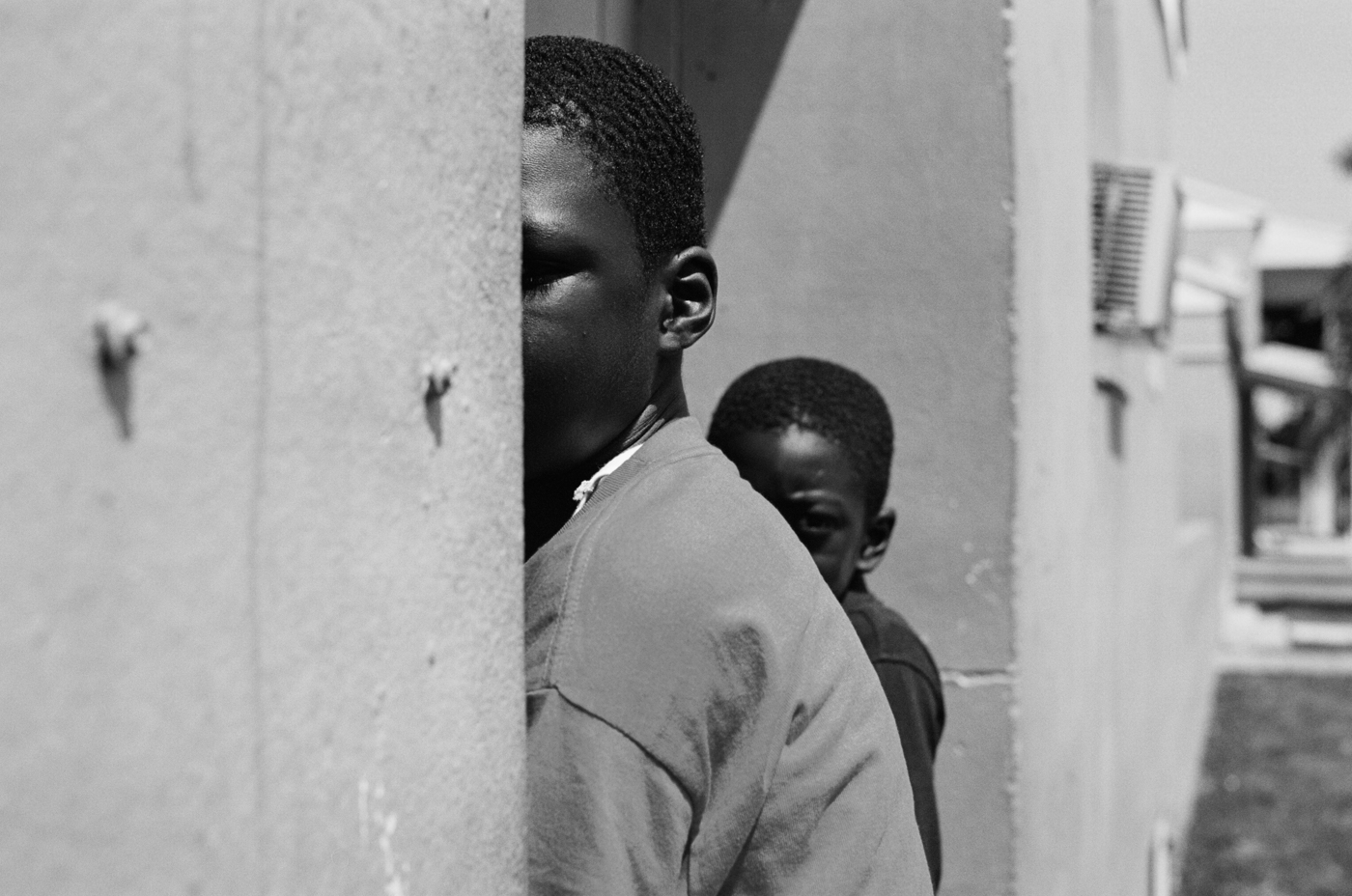 My name is Nicholas Small.  I am a documentary photographer based out of Los Angeles, California.  Recently, I have begun exploring ghettos in America.  On March 26, 2016 I called a cab from my hotel in Miami, Florida around eleven in the morning. When I told the driver where I wanted him to drive me, he told me I was very brave. About halfway through our drive to Liberty City the driver told me that he was concerned his car would get damaged, and that he was very concerned for our safety.  I offered to get out as close as he could get me comfortably.  He ended up leaving me about a block from an entry point to Liberty Square.  I entered with nothing but a 35mm camera slung over my shoulder.  I walked down NW 65th Street until I hit NW 15th and saw an older man giving haircuts.  He was getting kids ready for Easter, the following day.  He invited me up to the porch where he’d set up a makeshift barber shop.  He had a buzzer plugged into an extension chord that ran inside of the home, a simple foldable chair, and a brush.  He had spent some of his childhood in Watts, California, an area I am very familiar with.  We spoke about similarities between housing projects in Watts and the one we stood in.  After talking for a few minutes, we were interrupted by a group of kids (8-15 years-old) on bikes.  They were curious about my camera.  I finished my conversation with the barber and stepped off the porch to introduce myself to these kids.  They all wanted turns taking photos with my camera.  I showed them how to expose a frame and how to focus the lens.  They began snapping away at each other. Kids were posing and throwing up, what looked like, gang signs.  One of the younger boys attempted to manipulate his fingers as the older boys did, but struggled.  He ended up making a rock n’ roll sign with his hands and holding that up.  Before I knew it, I was reloading.  I had everyone gather around to learn how to load a roll of 35mm film.

For the rest of my time in Liberty Square, I was given a personal tour from this group of young guys on bikes.  They introduced me to friends, family members, old sports coaches and took me to a birthday party.  I was welcome around these guys.

Photographically, Liberty Square was vibrant.  The different housing represented Miami’s Latin influence with pastel pinks, blues, and greens. There was a large grass field in what seemed like the center of the neighborhood.  Kids played on jungle gyms dispersed throughout the project.  Tall palm trees lined sidewalks where kids painted eggs in preparation for Easter.  I saw a young girl rubbing something against the grass in the field.  She had a Tupperware container of hard boiled eggs and was attempting to stain them in the grass by firmly rubbing them into the field.  I explained that I was a photographer and would like to make a photo of her.  She stood up, agreed, and began climbing over the fence that separated us.  I pressed the shutter as she climbed over the fence.  We talked about careers.  She was curious about mine and I asked what she was interested in pursuing as she got older. “I want to become a doctor.  I’m going to help people.” 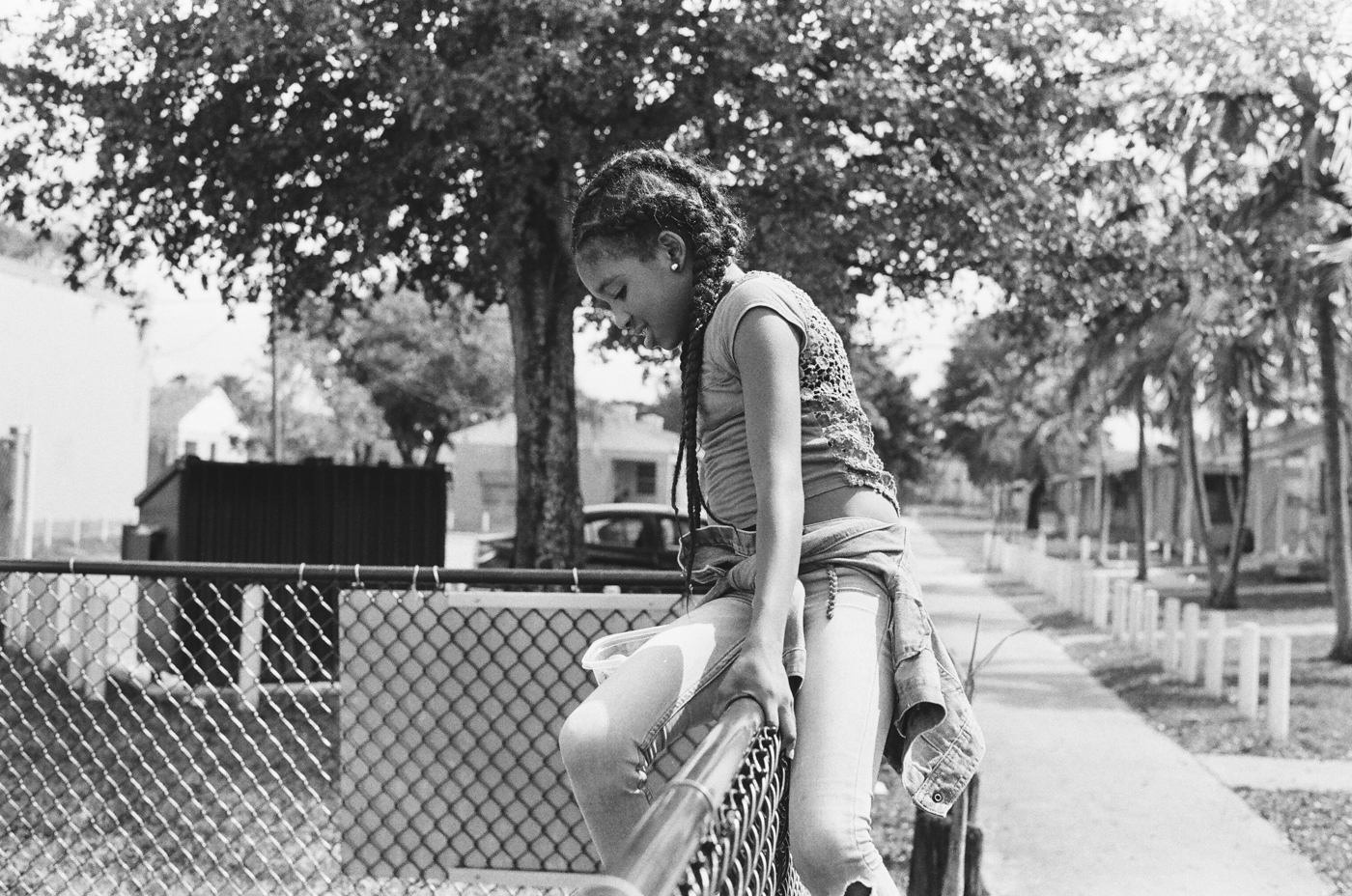 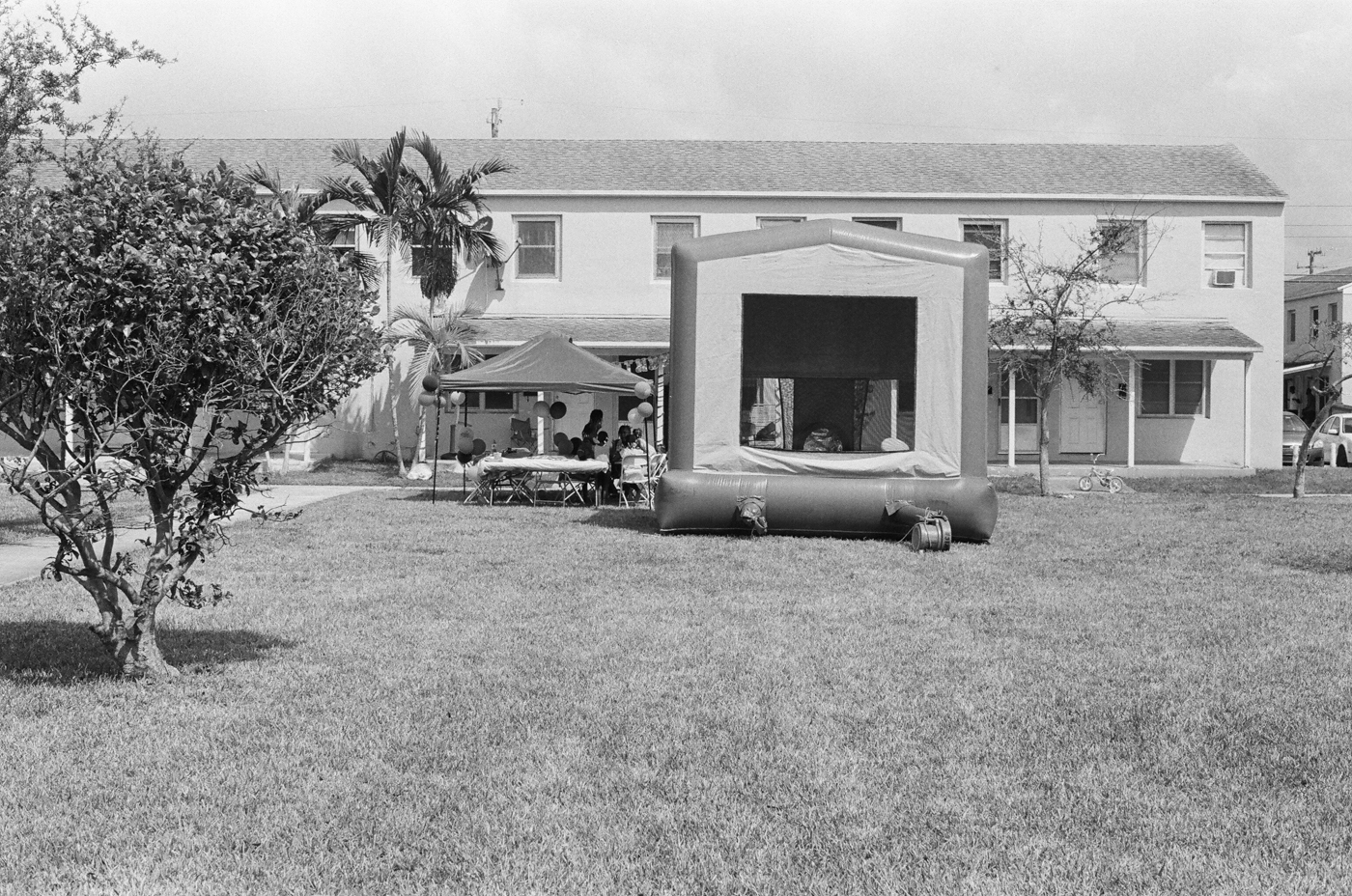 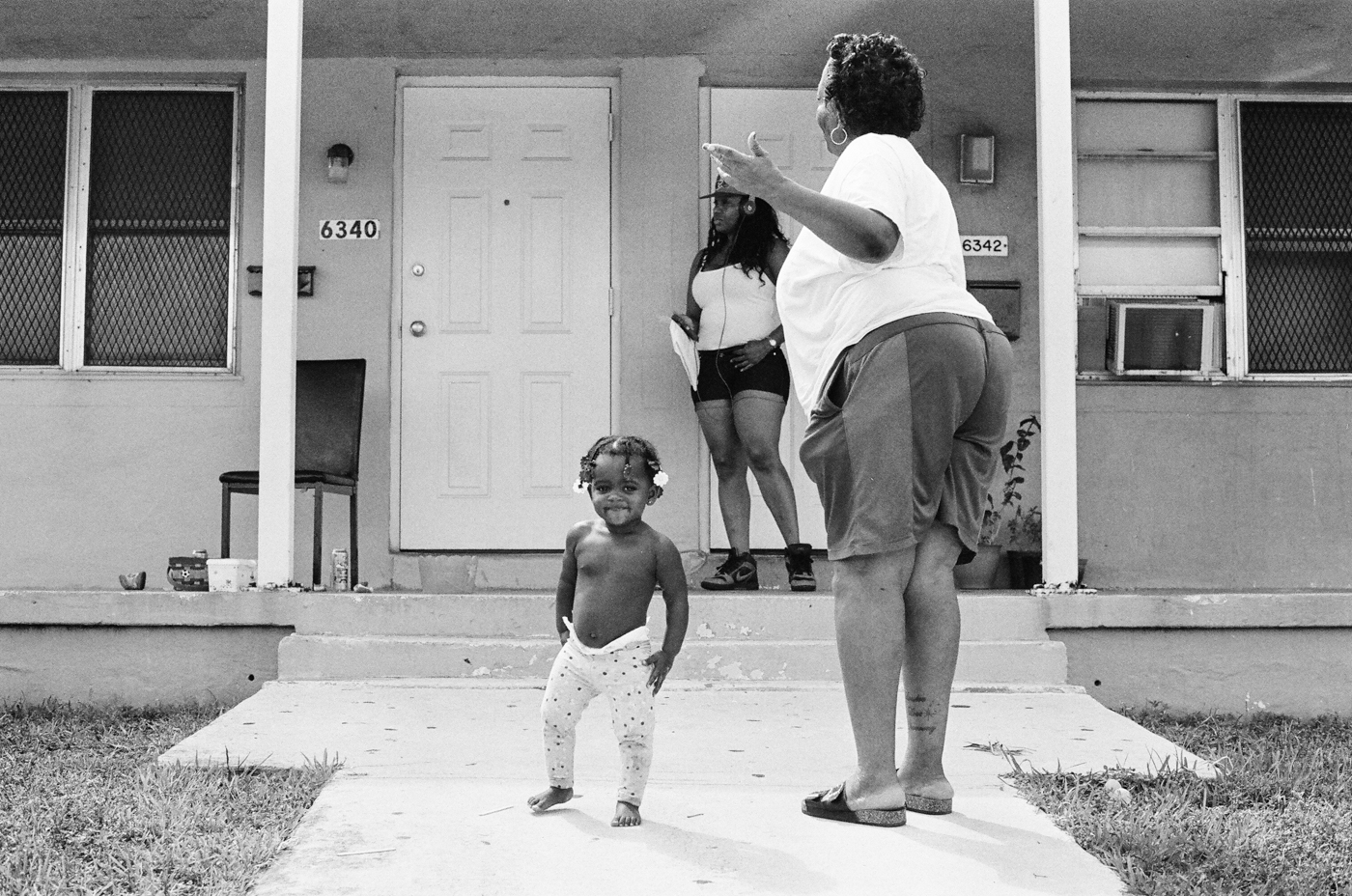 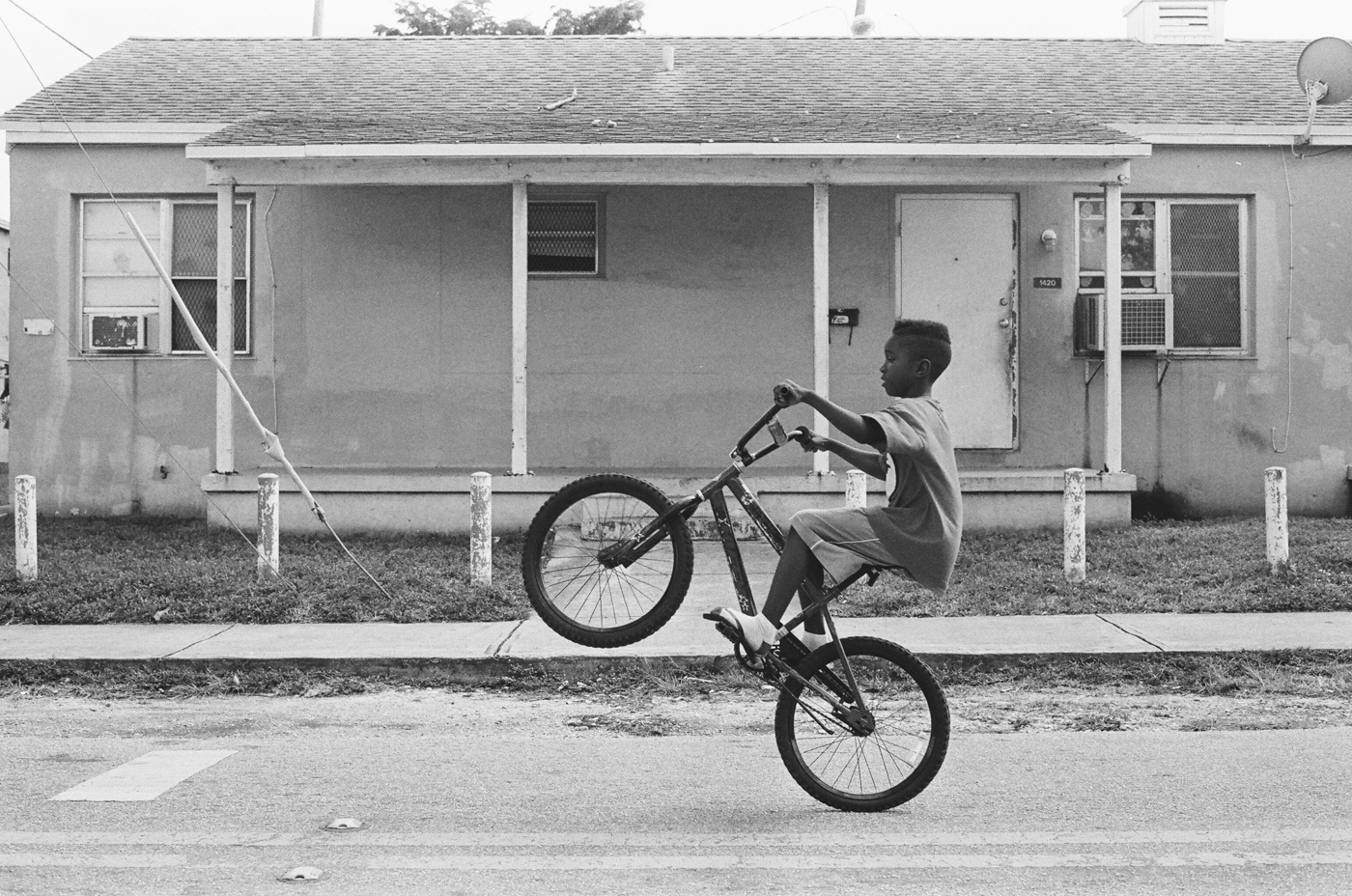 I ran out of film towards the end of the day and began my exit.  Still with the group of guys on bikes, we walked back to where I had entered.  They were begging to take “one more photo.”  I had to explain that without film there are no photographs to be made.  One of the boys gave me an email address to send all the photos they made.  We shook hands.  I got in a cab and said goodbye.  As I drove off, I noticed movement in the side view mirror and turned my head.  The group of kids were riding beside the car, following us out for a final goodbye.  I waved until they couldn’t keep up anymore.  And then the cab turned a corner, and they were gone.