Welcome to my review comparing the Leica X Vario and Fujifilm X-E2 cameras. This will be an objective user review not a technical one. There are many excellent sites on the internet that can help you with the technical aspects of each camera. This review is about using them day-to-day and how they compare to one another.

Previously, I have written extensively about the Leica X Vario camera as I purchased it soon after it was released for sale in June 2013. You can find the review here on my X Vario blog. I have also reviewed it as a street photography camera and a travel camera. All in all Leica has done a really good job with this camera as the build, IQ and lens are excellent. Yet, it is not a perfect camera. No camera is perfect as each one has its own strengths and weaknesses. 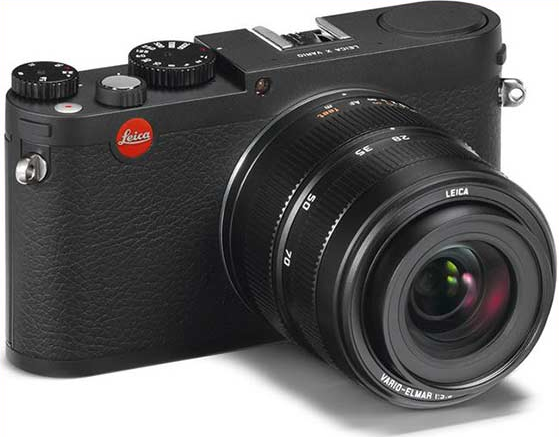 One of the main weaknesses of the X Vario is that it does not have a built-in viewfinder. Yes, you can use an external viewfinder but when you shoot as much as I do it gets old taking it on and off all the time. This really hit home with me as I was leaving work almost two months ago. There was a beautiful sunset that was quickly disappearing on the horizon. I grabbed my X Vario and ran a few dozen yards away from my car to get the shot. I didn’t have much time and when I put the camera to my eye, alas I had forgotten the viewfinder. This has happened before but this was the straw that made me look elsewhere for a camera that had some of the features of the X Vario but also had a built-in Electronic Viewfinder (EVF).

I had been watching Fujifilm’s progress the last couple of years as they began releasing their “X Series” of cameras. I wanted to get a camera with a zoom similar to the X Vario and after reading about the X-E2 I felt like this would fit the bill perfectly. It had just been released and I couldn’t find one anywhere, including my local camera store. One day I checked B&H and they had a few in stock, body and lens, so I took the plunge and purchased one in silver and black. 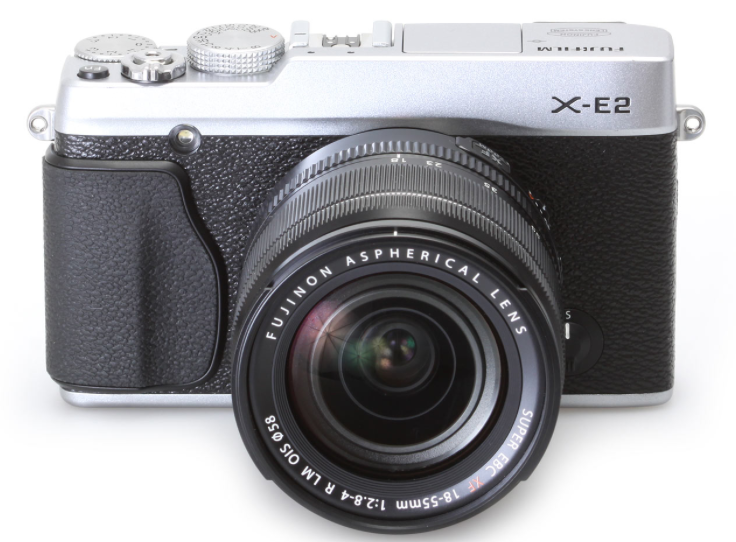 It arrived a couple of days later and I have been shooting with it, and getting use to it, for the last six weeks or so. As I had hoped it is similar to the X Vario in size and weight and has a zoom lens that covers a similar distance. It also has an APS-C sensor that is 16 megapixels just like the X Vario.

First, let’s take a look at what these two cameras are going to cost you. If price is an issue obviously the Fuji wins out. It cost me $1400 for the X-E2, body and lens. The Leica X Vario cost me $2850. Yes, over twice as much! I guess the question many people will be asking is, “Is the Leica X Vario worth twice what the X-E2 costs?” Hopefully, by the time I finish this review, you will have a clear understanding if it is or not.

If you set these cameras side by side they do look similar. They both resemble a rangefinder camera but neither of them is. They both have auto and manual focus with the X Vario having a permanently attached lens and the X-E2 having a lens mount so you can use many different lenses on it. So far I only have the Fujinon 18-55 “kit” lens but I have to tell you it is much better than a kit lens. It is high quality and delivers a good image. More about that later.

These two cameras look similar on the outside, but on the inside they are different. When you pick up the Leica X Vario it feels solid. The lens is top-notch. Everything about this camera says quality. When you begin going through the menus it is so intuitive there is no need to look at the manual. Leica makes it easy to set the camera up and begin using it right away.

The Fujifilm X-E2 is well-built but is does feel slightly lighter and not up to what I call “Leica quality.” I would say there is less metal and more plastic involved in its construction but it does not feel cheap at all. It is a well made camera for sure. When it comes down to setting it up it is not nearly as intuitive and you will definitely have to look at the manual on occasion. Personally, I make it a habit to download all my camera manuals on my iPad Mini Retina. I use GoodReader to organize and read them. It is much easier than flipping through pages and carrying around a bunch of different manuals. They are all in folders on my iPad which works great. I will say that once you get used to how Fuji sets up their menus it does get easier using the camera. Just not nearly as easy as the Leica. 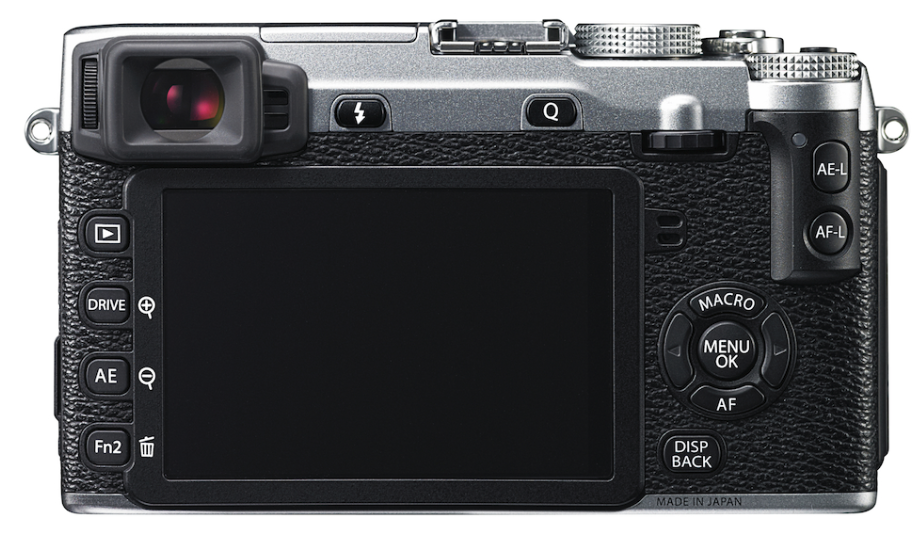 One of my major complaints about the X Vario is the lag between shots. After taking a picture, the image remains in the external viewfinder or LCD until I slightly press the shutter button. This is so irritating and to date Leica has done nothing about it, even though I am not the only one experiencing this issue. It doesn’t matter what review settings I use this still happens. Obviously, one of the first things I checked after buying the X-E2 was this very thing. Can I take a picture and then take another picture without having to press the shutter button slightly to clear the previous file? YES! The X-E2 functions like a normal camera should. Picture after picture is not a problem with Fuji. On a side note, one of the biggest advantages to owning a Fuji camera is that the Fuji company listens to their customers. Even though the X-E2 was made available in October, by Dec. 19 there was already a firmware update for it. The X Vario has been on the market for 7 months and no update. Is Leica listening? Fuji is!

As far as auto focus goes I would say the X-E2 is faster. I seem to have more confidence when shooting the Fuji and don’t have any fear of missing a shot. When I set-up my cameras I always use the smallest box I can when using auto focus. I do this because I do take pictures of nature and don’t want the camera to back focus, especially when I am trying to take a pic of something small or thin. The X Vario functions perfectly when set-up this way. Unfortunately, so far I have had issues with the X-E2 when it comes to using auto focus on some things which means I have to switch to manual focus. I do wish this wasn’t the case and am hoping this will be dealt with in a future firmware update.

Ergonomically, both cameras feel good in my hands. I have equipped them both with the factory hand grip and a thumb grip on the back. I like the weight and size of both of them. I like how they look. When you look at how they are designed, I find the Leica to be less confusing with less buttons. Again, very intuitive. Not so much with the Fuji. I do like that the X Vario has the shutter and aperture dials on the top of the camera. The aperture is set on the X-E2 by turning a ring on the lens, which tends to be too easy to move. The dials on the X Vario are firm and I haven’t had a problem with them switching settings at all. I like the Fuji, it just takes longer to get use to it. I do like that the X-E2 has function buttons that are able to be customized. I can set them to the settings I tend to use most which is very convenient. 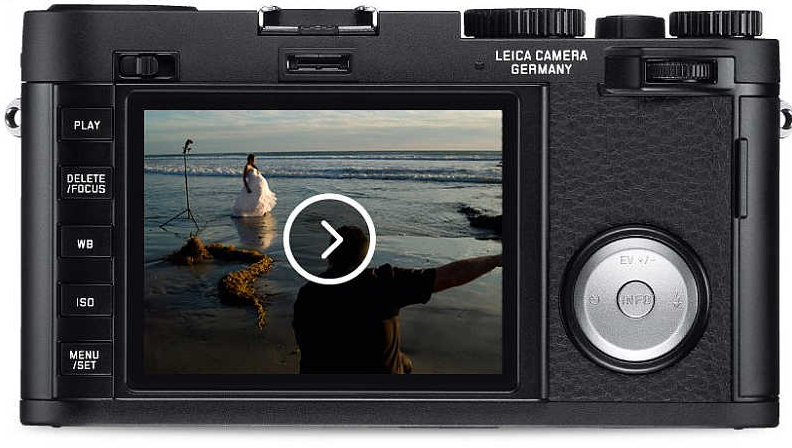 What about image quality (IQ)? Both of these cameras do produce nice images. I find the Leica RAW images to be softer than most. The JPEG’s are nice. The Fuji produces nice images, be it RAW or JPEG, if you use the updated version of Lightroom 5.3. I do like the colors of the Fuji files. I really like the B&W JPEG’s that come out of the Leica. You won’t be disappointed with either.

So far I have touched on price, build, ergonomics and IQ. What about the “irritants” as I like to call them. The things that bug me about each camera. Well, I have already mentioned my major irritants about the X Vario. No EVF and the lag between pics. I have been dealing with this since July and have made a personal decision that I will never buy a camera again that does not have a built-in EVF or OVF. That means excellent cameras like the Sony RX1 are not going to be purchased as you have to add an EVF in the hotshot, just like the X Vario. Holding a camera away from the eye to shoot is not as stable or convenient as holding it to your eye, IMHO. As far as the X-E2 goes I have had an occasion where I couldn’t see out of the EVF because of the way the sun was hitting it. I wish it also had an Optical Viewfinder (OVF) like the X100s and X-Pro1 do. That would be very helpful. I also wish it would auto focus on smaller objects without me having to use manual focus. That is irritating!

Again, there is no perfect camera. Neither of these are perfect but they are excellent in their own areas. As a whole I do feel that the X Vario produces great files and is well-built. The major fail is no EVF or OVF. For $2850 you should get one. I do wish Leica was more responsive in their firmware updates. Fuji recently had an update for the X100 even though it has been discontinued. I doubt Leica will ever do another update for the X1 or X2.

I do like the Leica and Fuji communities on the internet. I am a member of the Leica Camera Forum and the Fuji X Forum. Nice people on both. I have learned a lot from both forums.

So what is the verdict? I think if you are looking for a camera that is like a rangefinder more than a DSLR, Fuji has produced a great camera in the X-E2. You can’t beat the price compared to the X Vario. I like the X Vario and have taken some really outstanding pics with it, but right now if I had to make a choice I would probably keep the X-E2. Oh, and the X100s. Yes I did buy one of those too. I may address that more in the future.

I hope this user review helped in some way. Stay tuned as undoubtedly there will be more “How do they compare” reviews in the future. Below I have some links if you want to read more about these two cameras or see some of the pics I have taken with them.