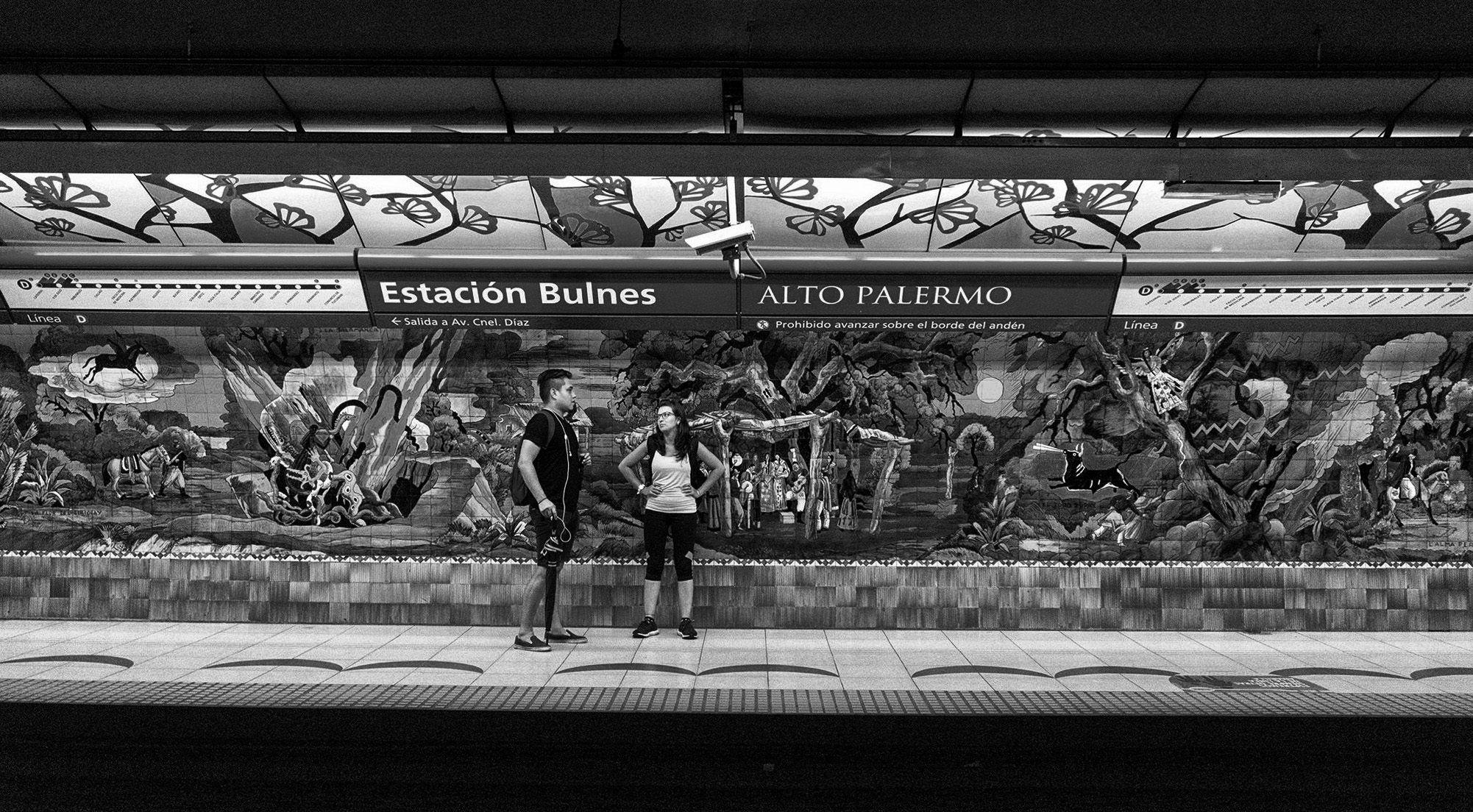 When I was a young man, I saw a movie that was set in Buenos Aires, Argentina. The atmosphere created by the scenes, the architecture, the fashions and the people in the film captivated me so much I swore that before I died I was going to visit that exotic place that seemed like nothing else I had seen or imagined.

In the winter of 2017-18, I was staying in Lima Peru, having already spent almost 5 years in Central and South America, trying to decide if the trip to Buenos Aires was just too daunting for me at my age. But as is often the case, I threw caution to the wind and booked a bus trip from Lima to Buenos Aires. Seventy-seven hours later I found myself in an exotic and magical city. I arrived in the evening just two days before Christmas. Not the best time to arrive.

On my arrival at Terminal de Retiro, the main bus terminal in the city, the buses were lined up for almost two hours before we could exit and retrieve our bags. The crowds in the station were crushing and it took me forever to find an ATM machine to exchange my currency. It was nearly impossible to find a taxi and I was a little apprehensive because I was very late to check into my accommodations. Luckily, I managed to hail a cab and the magic of this city began to enfold me at twilight hour as I relaxed in the back seat for the long ride. The driver happened to speak English and told me much about the city as we glided along wide boulevards lined with trees, buildings with distinct and gorgeous architecture, and the bright lights of Christmas. The long bus ride and confusion of the terminal dissolved into blissful excitement.

The next day I found that in broad daylight Buenos Aires is a little down at the heels compared to what I had experienced in the movie theater. This is due to economic reversals, but in a way that only served to enhance the authenticity and aura of the place. Random graffiti can be found in every quarter, prices are cheap, the citizens can be a bit surly at times but they are very beautiful to look at.

Because of the size of the city and my limited finances I traveled almost exclusively on the subway, or the subte as it is called there. This was never anything short of a pleasant experience. The stations are clean and bright and filled with interesting art and buskers, making it a lively atmosphere for people-watching and candid camera work.

Forget about dinner before 8 pm, as that is when most restaurants open for the evening and night clubs seldom even open until well after midnight. It is definitely a city for night owls, which I am not. Just as well, because I still need to brush up on night photography.

I tried to include photos here from a variety of the city’s diverse barrios. La Boca is probably the most lively and colorful part of the city, but not somewhere that a gringo probably wants to be at night. I am almost embarrassed to say that since I was never there at night. In five years of living in Latin America I found the scare stories to be highly exaggerated but I do not as a rule do things that I know are stupid. I wouldn’t head out to shoot late at night in Chicago, DC, or Denver either. Still, I don’t ever remember feeling threatened during my stay in Buenos Aires or anywhere else in Latin America for that matter.

I stayed in the area around the Congress for a few weeks. There are demonstrations there almost daily. But everything was orderly and peaceful. It is interesting to note that Evita Peron continues to be an important presence in the city and her photos are often invoked in demonstrations. Her tomb is always festooned daily with flowers, which in the famous and must-see Recoleta Cemetery in the Recoleta Barrio .

The Congress is the heart of the city with beautiful architecture and fountains. There are plenty of places here to sit and relax in the shade and watch people.

And the architecture…I have said that Buenos Aires has very European architecture, but having also visited various parts of Europe I need to add that this city has taken European architecture and made it something uniquely its own. The squat cupolas are a prime example. I have never seen them anywhere else but they are abundant in this city. It is definitely a city of taste and style in its architecture.

I need to add that I really feel for the people of Argentina. The economy is miserable and has been for some time. When I was there three years ago the Argentine peso exchanged at a respectable 20 pesos to the dollar. I checked recently and it is almost a shocking 100 pesos to the dollar. I imagine that inflation has taken its toll and I’m sure the inflation along with Covid have changed the city significantly since I was there. Dining, night life, and socializing with friends is an important part of Argentine life and brought vibrancy to the city. It must often seem like a sad place now, although the people seem upbeat and resilient.

A bit about my photography style. I am self taught and am sure that what I don’t know about my own camera would probably shock most of you. But I keep an eye open for story and usually make up elaborate stories about my subjects. I am not at all religious, but I have a profound reverence for human beings. Having had the privilege of being a therapist for many years, I learned that what we know about others is very shallow and misleading. Every person has a story of love and hate, hurt and joy, terror and calm that the rest of us seldom know anything about. So I try to look at individuals with compassion and I hope that is evident in my photography.

As I am sure is true of many readers of this article, usually I have to shoot on the fly. I know the moment is going to be fleeting. I have missed thousands of my best shots. So I usually just shoot in the automatic or the programmed automatic mode. I often have to adjust everything from the cropping to exposure after the fact in Lightroom and Photoshop. I’m personally not one bit embarrassed about this but I do hope to improve for the sake of my art.

I hope to return to this city someday. Maybe my circumstance will have changed and I will see it all in a little different light. Still, I think it will remain one of my favorite cities in the world. I felt I was in a place that can never be duplicated or become dull.

I will leave you with a couple quotes that evoke some of the charm of this place in time, this city of isolated incidents.

It has all the elegance of the old world, in its buildings and streets, and in its people all the vulgarity and frank good health of the new world. All the news – stands and bookshops – what a literate place, one thinks; what wealth, what good looks.”

Buenos Aires has been graced with superlatives during its reign as South America’s leading city: ‘the Paris of the South,’ ‘the most European city in South America,’ ‘Manhattan in the southern hemisphere.’ All of these are justified. But I prefer to interpret its great author and native son Jorge Luis Borges – ‘Buenos Aires itself is a superlative’.”