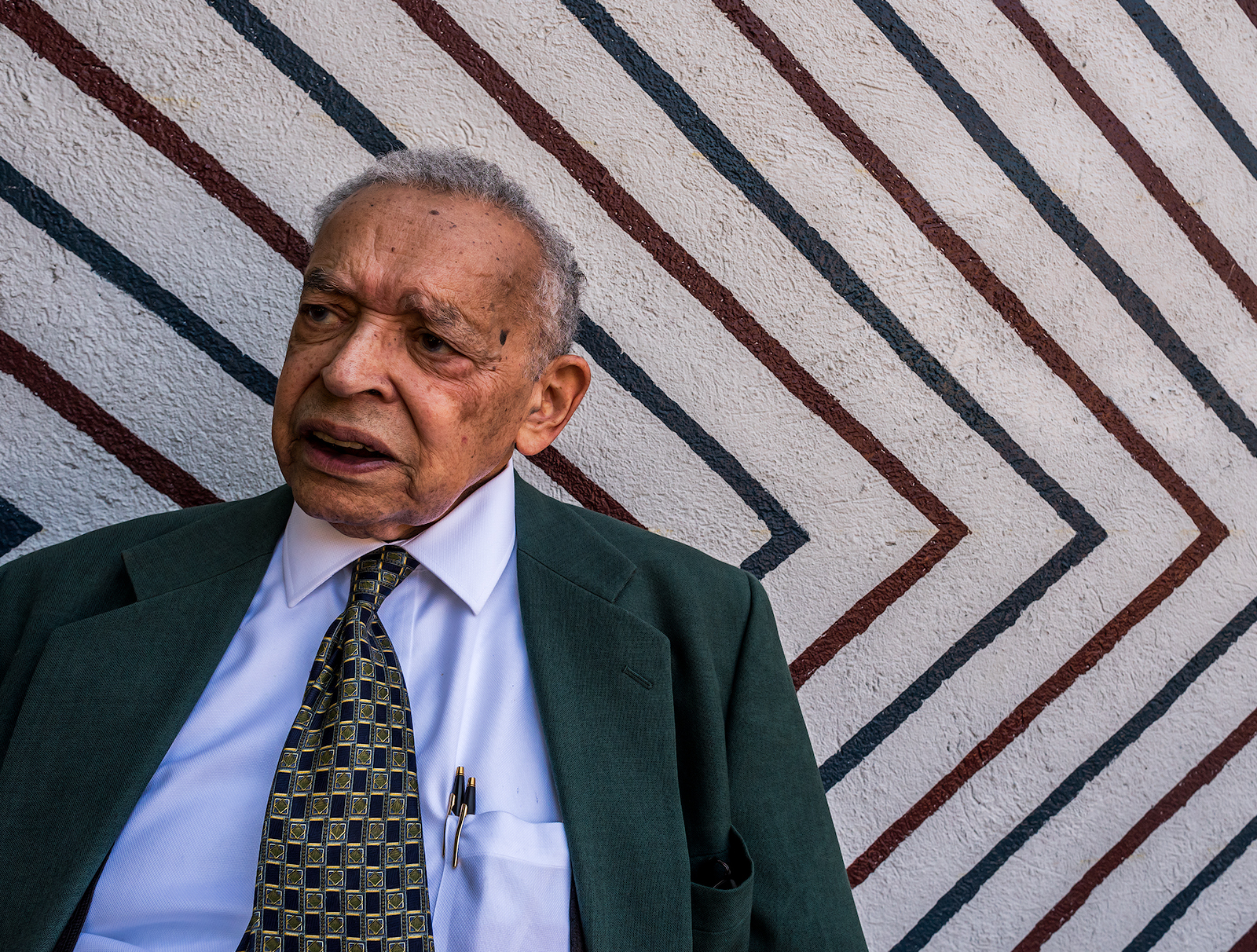 Phil Koenig is an authentic street photographer who really puts in the work. He spends 4 to 6 hours most days walking about 20 kilometers of city streets and shooting the people of New York City.

Phil’s classic approach to street photography and his decades spent shooting in NYC, has given him some fascinating insights and opinions into what street photography should be about and what’s going wrong with street photography today. One thing we talked about specifically is the effect of technology on humanity. People are becoming more and more enveloped in technology and Phil finds that this translates into people spending most of their day with their ‘faces planted in their iPhones and wires sticking out of their ears.’ This “progress” has left people disconnected, making real life interactions harder to capture. This is perhaps part of the reason why recently, Phil began focusing on making portraits of people who work in the area.

We also talked about technique, practice, approach and post processing. And film. You’ll find it quite interesting, maybe even eye-opening, to hear the perspective of a real-life photographer who was shooting before digital and has no interest in the “trendy factor” film carries these days.

Click the audio player below to hear our conversation, with all the gritty details:

A Selection of Phil’s Images