A Matter of Attitude

The Route 66 Primer, an Uncropped View of the Mother Road

The Spectacle of Small-Town Indy Wrestling 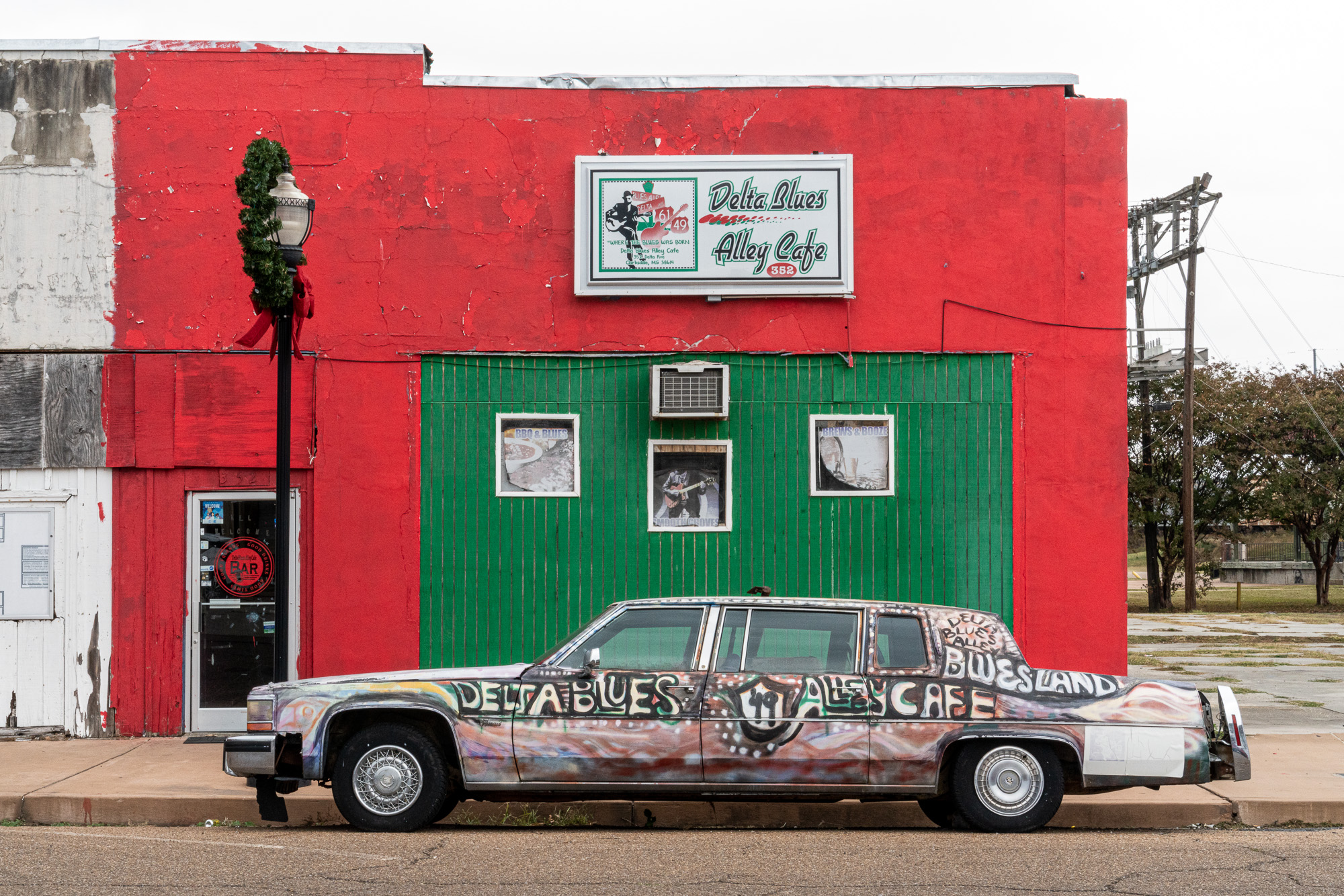 Sometimes, a person’s path to photography doesn’t have much to do with photography at all. That was certainly the case for Mark Indig, our first featured photographer for the new year. Mark always wanted to be in the movies, but he didn’t think he had the talent for it. So instead, in the early to mid-70s, Mark became a location scout for movies. This was long before the digital age, so in order to sell a director on a movie location, Mark had to learn how to use a Polaroid 195, one of the few Polaroid cameras with manual F-stop and shutter speed rings. He would find a location, take panorama shots – 180 degrees in both directions – and then spend a good deal of time at night pasting them together and shipping them back to the director’s office.

Mark scouted locations for commercials and movies for 15 years and during those years he learned to take a single photo that could tell a story to a director who hadn’t seen a location in person. It gave him a cinematic style and made him think of places, buildings even, as characters. In a movie, he says, the set and the actors are both equally important to telling a story.

One of Mark’s proudest achievements is having visited all 50 states and 50+ different countries too. He even got a 50/50 tattoo when he finally reached his goal.

In fact, Mark believes you don’t need people at all to do street photography. He says the echos of people make for an equally good photo, and perhaps even a more honest one at that. The human face can lie, after all, but the environment usually doesn’t.

Mark’s time shooting potential locations may have piqued his interest in photography, but it wasn’t until he started a project about the LA river that he learned to build a body of work instead of just taking one-off photos. Most people didn’t know much about the LA river until very recently. It’s “a strange beast,” as Mark describes it, essentially a mammoth concrete ditch, but that only lends to its mysterious appeal. Mark was fascinated, to the point of starting a company that gave photo tours of the graffiti-covered concrete river, an endeavor that required a good amount of trespassing. This project was the beginning of a string of projects Mark has taken on over the years, several of which involved following rivers.

Rivers became a popular theme for Mark because they have a history, a beginning, an end, a flow. There are boats, bridges, reflections, commerce. When Mark chooses a river for a project (they must be at least 500 miles long and accessible to qualify), he follows the length of it, photographing the river itself and the surroundings it carves through and shapes. One project called Ohi:Yo’ covers the Ohio River, a river rich in history and very accessible. In addition, there are hundreds of small towns, including Bob’s hometown, dotting its banks.

Of course, some projects hit closer to home than others.

One project that is particularly close to Mark’s heart is one that he says saved him. When his wife became terminally ill, Mark became her caretaker for the last three months of her life. He only had a few hours off on Sunday mornings and he needed something to shoot. On the streets of LA, he began to notice small shops, closed on Sundays, and shut up with old-fashioned burgler bars. It was wistful, and it brought to mind the “iron bars” between himself and his wife. She was fading away and there was nothing he could do to get to her.

What followed was a series of photos of these shops. In a way, they are a unique pieces of folk art, storefronts by family owned stores, their one shot at drawing in customers when there’s no budget for outside marketing. Mark shot them for the three months leading up to his wife’s passing and three months after. He mused that when you photograph, you have to be in a zone and you have to clear your mind, which is why this photo project saved him. “Photography can do that for people,” Mark says.

Photography from Start to Finish

Another thing you’ll notice about Mark if you watch our video interview is his huge photo printer. Mark loves printing. For him, it’s a beautiful part of photography. Nothing beats seeing a print behind glass on a wall, properly lit. Mark prints his photos for exhibits, he has 110 photos framed in his own house, which he switches out occasionally, and he sells prints as well.

Mark prints mainly with Hahnemuehle Museum Etching paper, but he also likes to experiment with Japanese Kinwashi paper. It contains gold fibers and only works with certain color palettes, but makes for a very unique print.

Get to know Mark a little more by watching our video interview with him. He has plenty of stories to tell that I didn’t mention here.

A Selection of Mark’s Photos