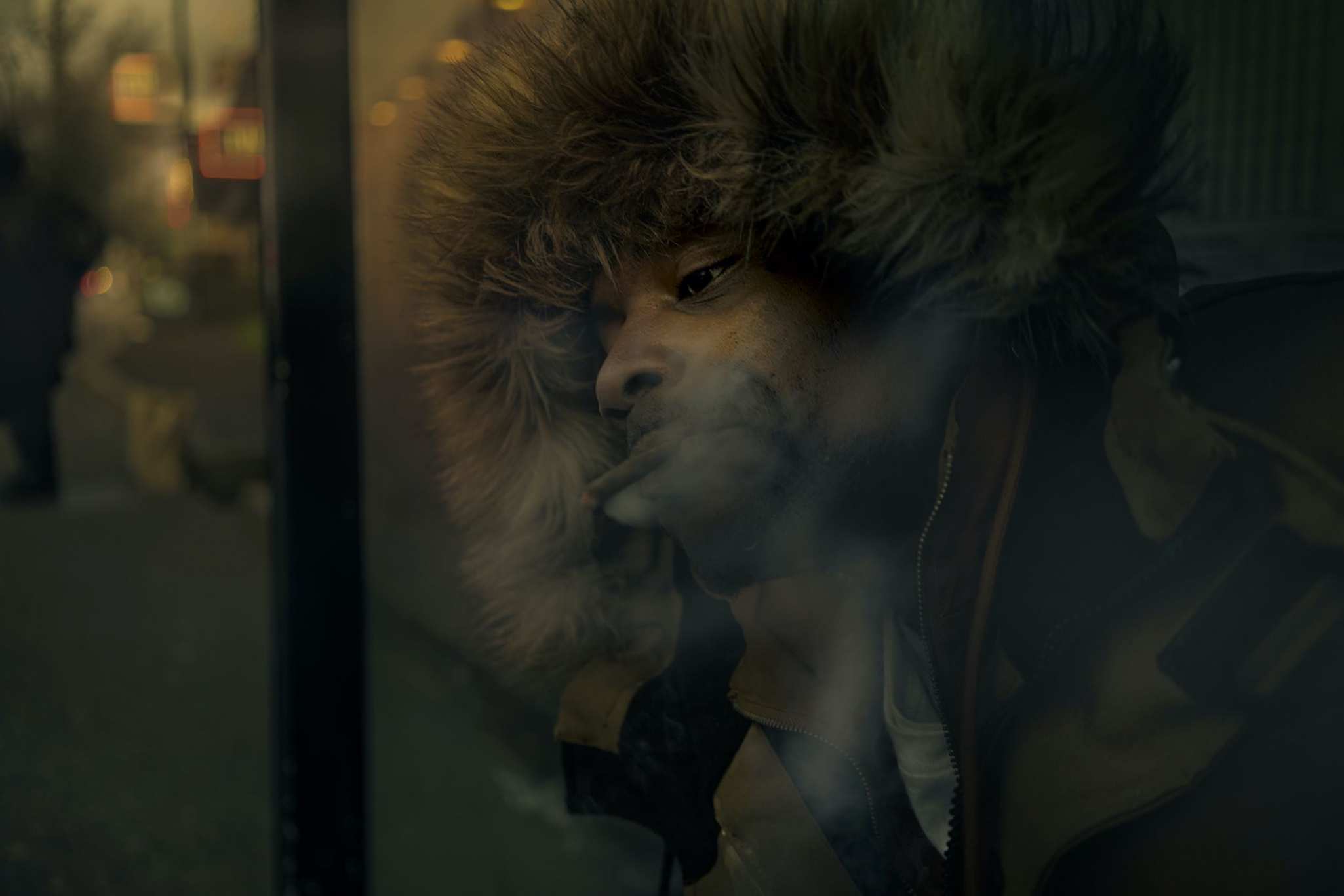 Like many of us of a particular generation, Kevin “Fletch” Fletcher grew up gathering with his family around the slide machine as his amateur photographer father clicked through the reels. He’d sit mesmerized in the glow of the projector bulb as landscapes and memories appeared on the screen.

Those gatherings and learning to make photographs with his dad offered more than momentary inspiration. In 8th grade, his Dad bought him his first camera so he could be a photographer for his middle school yearbook. But it wasn’t until after he finished his undergraduate degree that he really made the deep dive. Essentially self-taught, he built and explored the magic of the darkroom, taught himself the Zone System,

Fletcher went on to embark on a successful career as a cinematographer. He now lives in Portland, Oregon. While telling stories through film projects as a Director of Photography in his professional life, Fletcher maintained his still photography as a private endeavor and passion, and until recently, he kept those images to himself.
“Sharing still images outside of my motion career just felt somewhat unrelated and random,” Fletcher said. “It was easier and very satisfying to have it as a personal thing.”

But an experience in Paris in 2018 was a turning point.

“I had a cinematography job in Paris that summer which happened to coincide with France’s run to the World Cup Final. I love soccer (football) and was excited to sit with the Parisians and watch France play in the quarter finals with the plan of heading back to my hotel after the game,” he says.

Luckily, Fletcher had his still camera with him (as he almost always does) and the excitement was building, but he didn’t yet sense what was about to unfold. He found a seat at a café, ordered a beer and watched the match.

“Little did I know that a victory would lead to an outpouring of public celebration. I was caught off guard after the final whistle blew and the café immediately emptied into the street flowing into a river of elation and the city erupted into an unorganized festival as fans partied, danced, cheered, chanted, climbed on buildings, scaled light posts, jumped on cars…France continued to win—the semi-finals and the finals. Parisians continued to take to the streets and I continued to photograph.”

I have always found street photography to be very intuitive. The Coupe du Monde photos are a perfect example of intuitively knowing when something incredible is in front of you—of revealing something unexpected and wonderful.

I have always found street photography to be very intuitive, he says in his project statement. It doesn’t always or necessarily require a pre-conceived idea or plan. Though on certain projects, I have an idea or a concept in my head, the fact is, I never really know what I am going to find. The Coupe du Monde photos are a perfect example of intuitively knowing when something incredible is in front of you—of revealing something unexpected and wonderful.

Back home in Portland, Fletcher embarked on an intense project from January 2018 until January 2019. He chose this project not only to grow as an image maker and storyteller, but also to build a bridge of greater understanding in his own city.

“Often derided and by some even considered ugly, it is not known for its ease or hospitality, but nonetheless, it is a necessary and functional part of the city,” says Fletcher in his project overview. “Like many photographers before me, I am drawn to the sublime beauty and stories that exist in places like this; places so normal, so daily, and so banal that we tend to overlook them.”

Fletcher’s approach was not one of blending into the street and shooting candid shots unseen but rather getting to know the area and the people who live and work there. He met and spoke with people from all walks of life. He gave subjects prints, visited locations multiple times and learned about fellow Portlander’s hopes, dreams, struggles and fears.

“This project is a look into my backyard—a look at my city,” he says. “A documentary about 82nd Avenue against the backdrop of Portland’s rampant urban growth and a look at how we, as denizens, have at times prospered, but have also suffered from it.”

Like Coupe du Monde, the Avenue of Roses project reflects Fletcher’s cinematography background in terms of storytelling, lighting and energy. But with street photography in particular, he allows scenes to unfold without direction, without a film crew and lights, and enjoys throwing away the rulebook to experience the immediacy and serendipity of documenting life happening before him.

“I don’t like rules, really,” Fletcher says. He is not one to go on and on about gear or the technical aspects of his photography. “Rules put barriers in front of people.”

Fletcher also doesn’t put his energy into perfection. For him, street photography is all about the moment.

In other words, don’t hesitate. Go with your intuition.
“For example, I made a very conscious decision at the beginning of the project to not edit while I was on the street shooting. I knew I could edit later. So, if I was interested in the reflections in a puddle, I let myself explore that puddle without the voices in my head telling me in advance that it was ‘good’ or ‘bad’. I just let my intuition and curiosity lead me, and some really great images came from this—from freeing myself up to explore anything and everything. If something felt right, I shot it.”
“I would rather take the photo at 30,000 ISO than not at all. What if the graininess ends up enhancing the picture and advancing the emotional tone?”

“I let my intuition and curiosity lead me and some really great images came from freeing myself up to explore anything and everything.”

Now that he is more comfortable sharing his full range of still photography, including years of international travel photography such as the stunning Bangalore and Cuba Holga series among others, Fletcher said he is energized and encouraged to engage in new creative still photography efforts.

He hopes to publish Avenue of Roses as a book and is now busy on a new project with the working title, American Anamorphosis which explores the intersection between motion imagery and still photography. Likewise, he is exploring the idea of a project similar to Avenue of Roses, but in a rural community—perhaps the small Colorado town where his father was born and raised.